Categories Menu
L
ast week was our sixth year of heading to Vegas together for the weekend – these are my girlfriends who I celebrate Christmas with, in pajamas (you may have seen last year’s pajama party). We met through pageantry and we agreed that one of the best things we look forward to during our trip is getting ready together!

In this post I will recap our trip and share some Instagrammable spots, and also share where we went this time around – there are new things to do and see in Vegas. 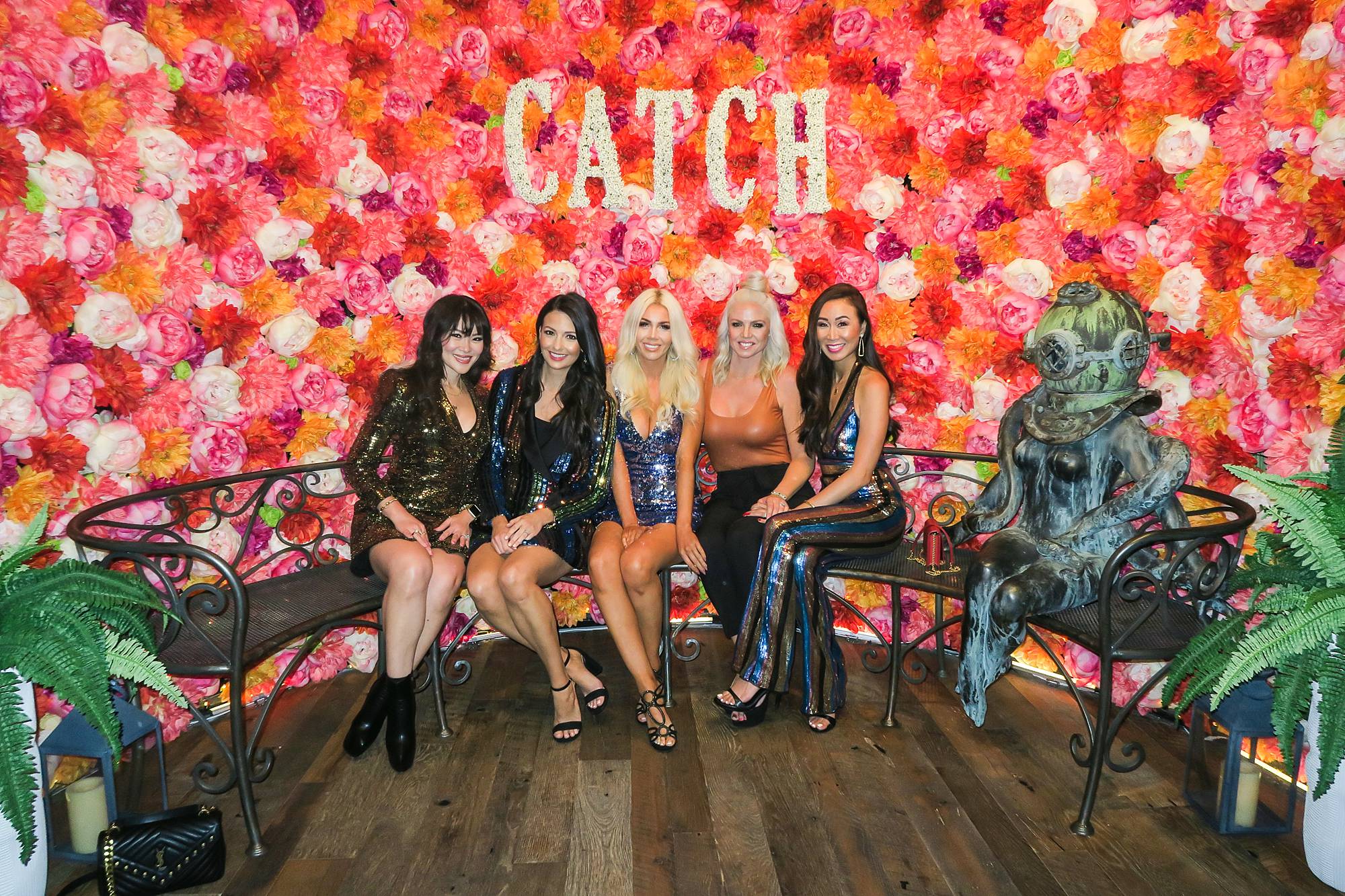 We like Vegas as our girl’s weekend getaway because its awake at all hours. We can shift our schedule and we’re never late, or early. We also have free hotel room night stays, parking, and a small food allowance (varying from $100 to $200) thanks to Jennifer who is a M Life card holder and long time patron. I’ll talk about how to get things comped while in Vegas because it’s out there for the taking – and you should take advantage of it! 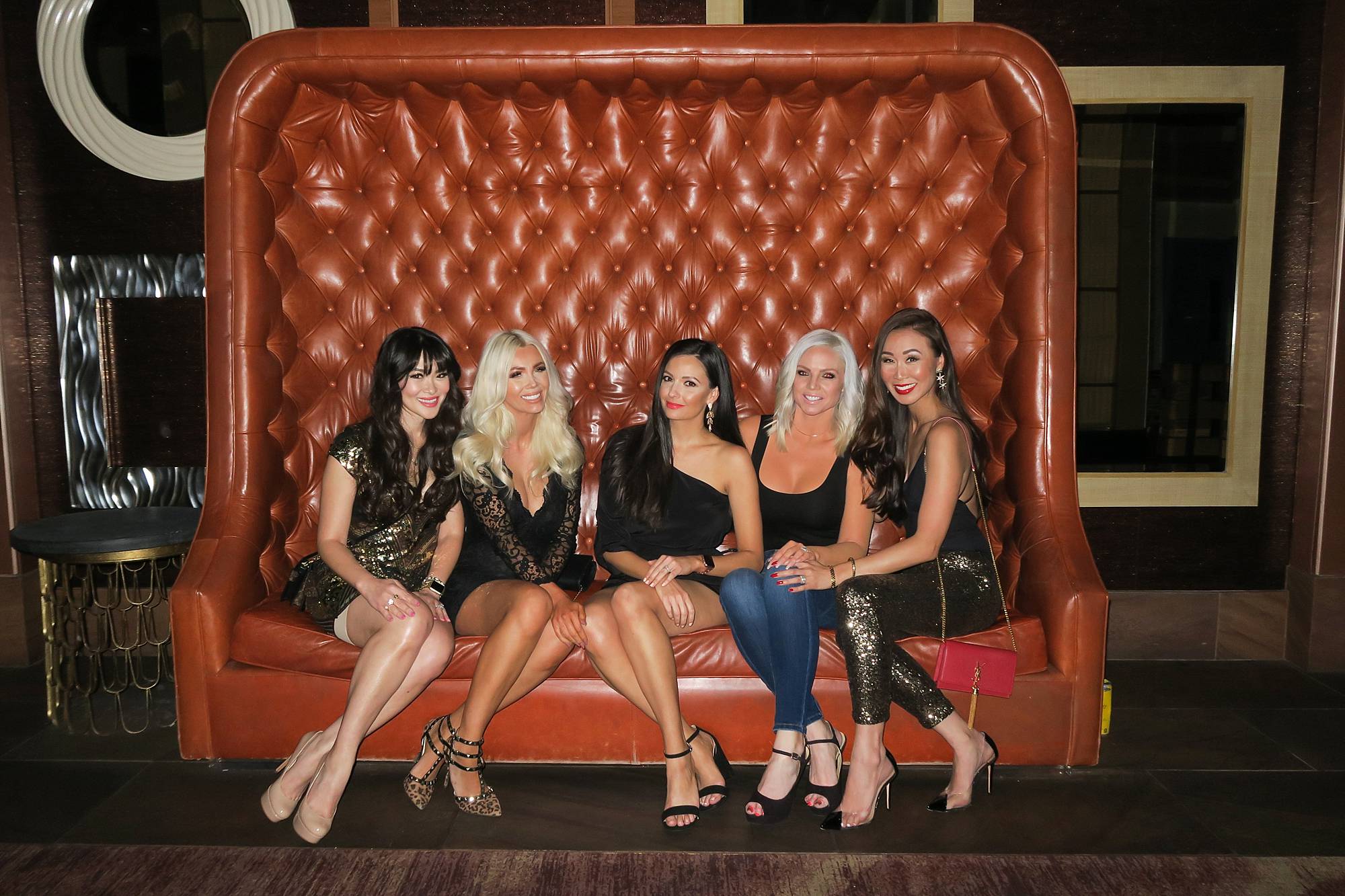 First, we always take our obligatory photo on this couch between Delano and Mandalay Bay – we have taken a group photo in this exact seating arrangement here for years. If you can’t tell, we love our traditions which is why we’ve been friends for so long with the pajama party, Vegas, and so on. I’ve got my party pants on, they will continue to make an appearance in Vegas for as long as I can fit in them. *wink*

We have had a wardrobe color scheme for the past three years which began unintentionally until we realized how good it looked in photos so we kinda just kept it going. We don’t overthink it, but it works out great with little force or planning.

The Palms – APEX and KAOS

First night out we went to The Palms because my girlfriend Lisa was there for a Vegas magazine event. The guy who took this photo for me made fun of my Canon G7x camera but I was like listen, iPhone doesn’t take great photos, the flash does not look great so whatever dude, and look, my photos are awesome. I’ve even dropped it a few times and it still works great! It has wi-fi and I can just send it over to my gfs and we can post a great resolution image. I highly recommend it as a daily travel companion.

But when we arrived we got side tracked and went to APEX before which has an incredible view of the strip.

We finally found our friend Lisa (in the gold dress) who was a former Miss Las Vegas and Miss Nevada US at KAOS which is also right next to APEX at The Palms. The mirrored hallway is just the entrance we didn’t even go all the way in LOL because we got distracted and hung out in the hallway catching up with Lisa.

Then before we knew it, we had to head out to catch a 10:30 comped dinner (we didn’t have a choice in time).

I know, 10:30 pm, but hey you know in Vegas your time just shifts and it was a free dinner. Last year we had a free dinner too and we realize how it works!

From this night my friend Lisa connected me with her friend who then hooked me up with a friend who worked at Daylight, a day club and we secured a free daybed and bottle service.

It’s a spot we like, it’s not too huge and it’s close to our hotel so it works great for us. See more of my outfit details here. 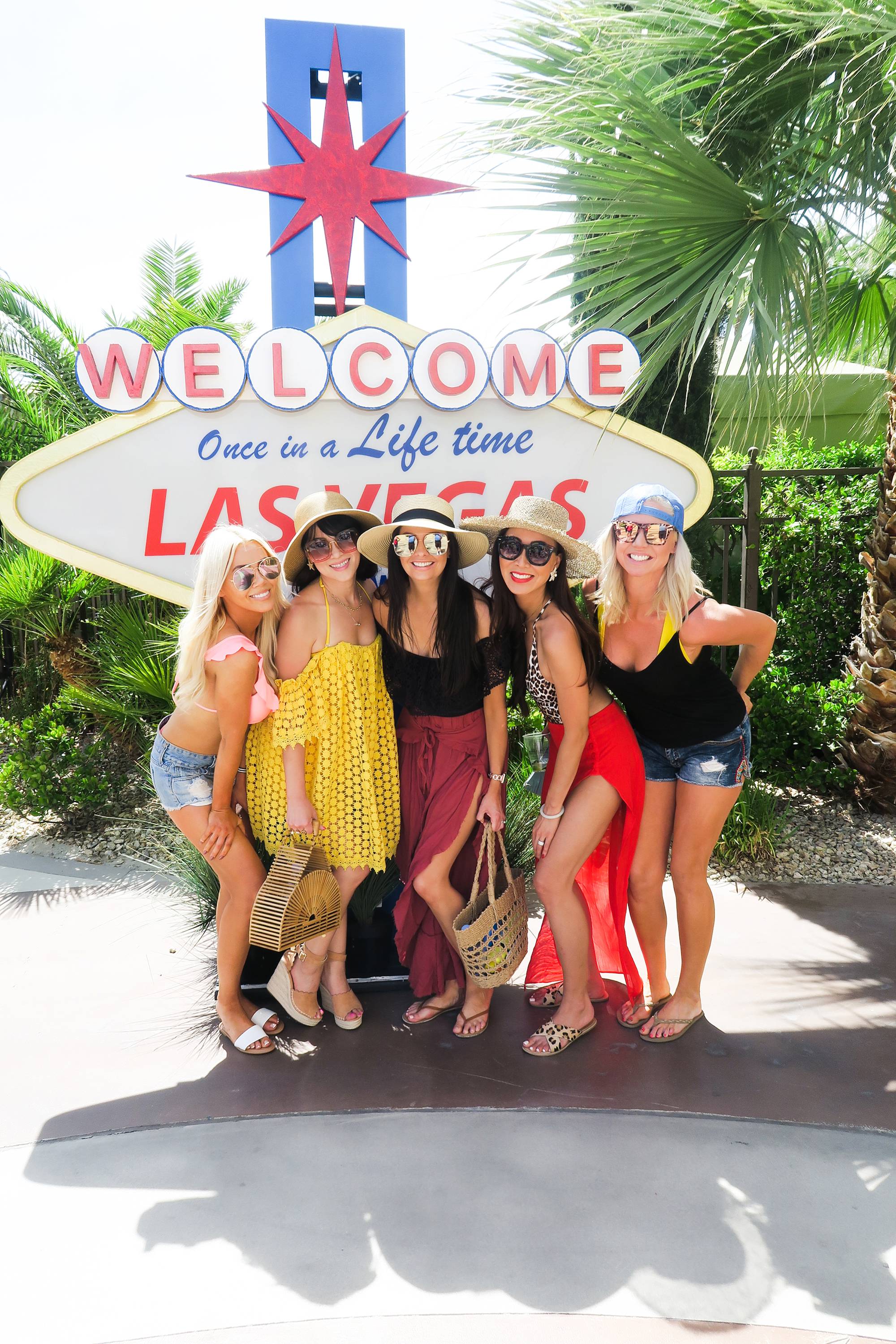 This will work better in a group setting – just look dressed up and ready for a good time. After a few years of trying to figure things out on our own we realized there is so much available for free because hosts and promoters need to do their job – all you have to do is take them up on it!

So here’s what happens when you get a daybed or table with bottle service works – usually you can get it free from a host or promoter it until they sell the table or the actual paying clients show up then you gotta scoot. We arrived at 11:30 and stayed until 3 pm which was fine because we were on our way out anyway to get ready for our dinner.

You should still tip the waitress on the amount. You can order food (not free). It’s so nice to have a spot to lounge and hang out!

The entrance to Catch is gorgeous, so many photo ops.

This restaurant is not only beautiful (we sat in a bird cage-like area) but it’s delicious! It’s family style and we thought we wouldn’t go that route but then we realized it’s best to do it! The lobster Mac and cheese is amazing!

This wasn’t my jumpsuit, it was Jen’s. She brought it and decided she wasn’t going to wear it and everyone tried it on. I had a different outfit planned with sequins but then I thought oh heck, I’ll try it on. I did and then it was decided I would wear it. There are perks to not having boobies, ladies *wink* haha so I was able to wear it without feeling too exposed.

We ate out delicious dinner and then headed to Janet Jackson! She has a residency now at Park Theater.

What a fun night of singing to a legend!! What a show.

Later that night we had a cabana with bottle service waiting for us at Encore Beach Club – it was so beautiful! I didn’t take photos because they took my camera away and I had to pay $15 to get it back! Wah! We shared the cabana with some other girls who were adorable and made friends, it was so fun and warm in the cozy cabana. It’s like being social but not haha!

We met girls who were 22 and graduated from NAU, small world! They were so sweet and they were so kind to us – we also ran into them in the lobby the next night it was such a wonderful coincidence.

We woke up late the next day and hopped into the car and drove to Toast Society by 2 pm we had 1 hour before they closed! We’ll call this lunner – lunch and dinner?

I saw it on IG and thought this was the cutest spot we needed to check out – it was not only cute in person but it was delicious. They have sourdough gluten free bread too.

I had the avocado toast, no surprise and a hot matcha. The presentation was also beautiful as you can see.

I recommend ordering a few different ones and sharing if you are in a group. Some are considered “halfs” but they are practically whole toast slices with just a little cut off to fit on the board – so it’s a lot of food.

We had such a great time in there and the owner (who is gorgeous) took so many photos of us – she was soooo sweet and patient with us!

Then it was time to head back to the hotel and get ready for an early magic show that started at 6 pm!

We talked about seeing a magic show that wasn’t too dark or scary and I wanted an entertaining one! PR from Xavier Mortimer’s camp reached out and it was perfect timing. Xavier has been in show business for years and was seen on America’s Got Talent.

It’s family friendly and sooooo entertaining. The magic was so cool I don’t even understand how he was jump roping in air and we were first row! Unbelievable.Very creative, very fun, small theater and very intimate.

Melayne was called on stage for a trick which was incredible and it was so enjoyable. I highly recommend it and you can bring your kids – I saw a few very young kiddos there. The show is at Bally’s. He’s also French so you know me, gotta love that accent!

Find tickets here. Sommer said she wanted to bring her kids to the show next time.

Batista’s Hole in the Wall Italian

A short walk after the magic show we went to Batista’s, Melayne’s go-to when she’s in Vegas. It’s family style and with the three of us we shared 3 pasta dishes. It includes a red and white wine with your meal!

Encore is one of the most beautiful hotels. We returned for the second night for XS, we had a promoter get us VIP but as we headed to the line, a new friend Brian chatted us up who were hosts and invited us to walk in with them and hang out in a cabana.

XS is also a pool beach club during the day and at night it’s a club as well. It was freezing the night we were there but thankfully were heaters in the cabana so we were lucky. It was funny because we really didn’t dance but we did socialize with new friends, each other and just liked to be out in the ambiance without really being in the thick of it.

Another reason I love Vegas, everyone just talks to each other – it’s so friendly! It reminds me of international traveling chatting with locals or fellow travelers.

And that was our 3-day trip of fun. I hope this gives you some ideas of where to stop in and check out whether to eat, or watch a magic show – Vegas is full of entertainment!

It flies by way too quickly and every time we start the trip we dread the day it’s over so we try our hardest to be in the moment. I hope you find some Vegas time and some new places to pop by on your next trip! Until next time!

There are no comments on Vegas: Instagrammable Spots + Tips on Getting Experiences Comped.