We took a quick weekend down to Tucson and I went to place I have never been before – and that’s impressive considering I went to college at UofA and I’ve been to Tucson regularly since college graduation! 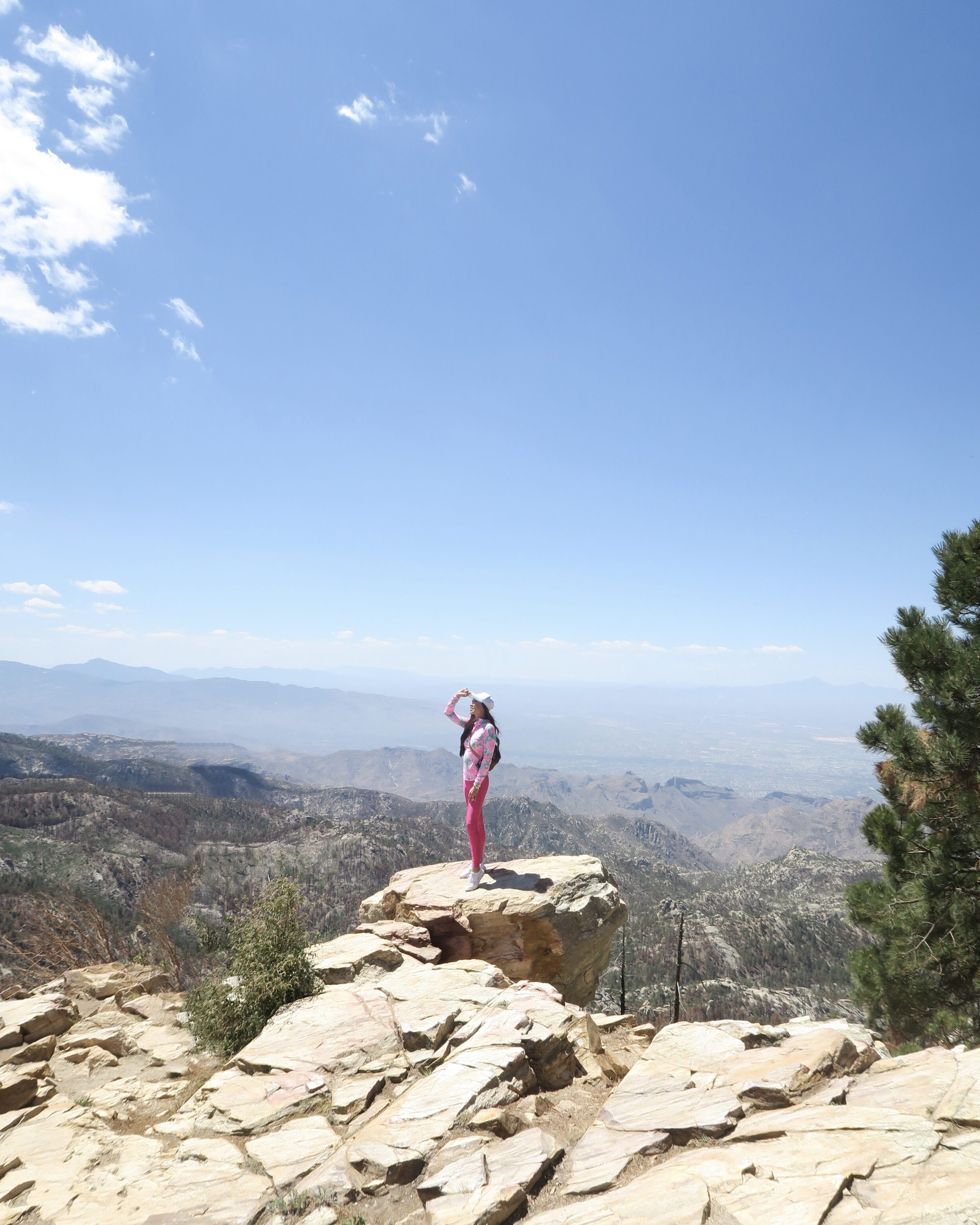 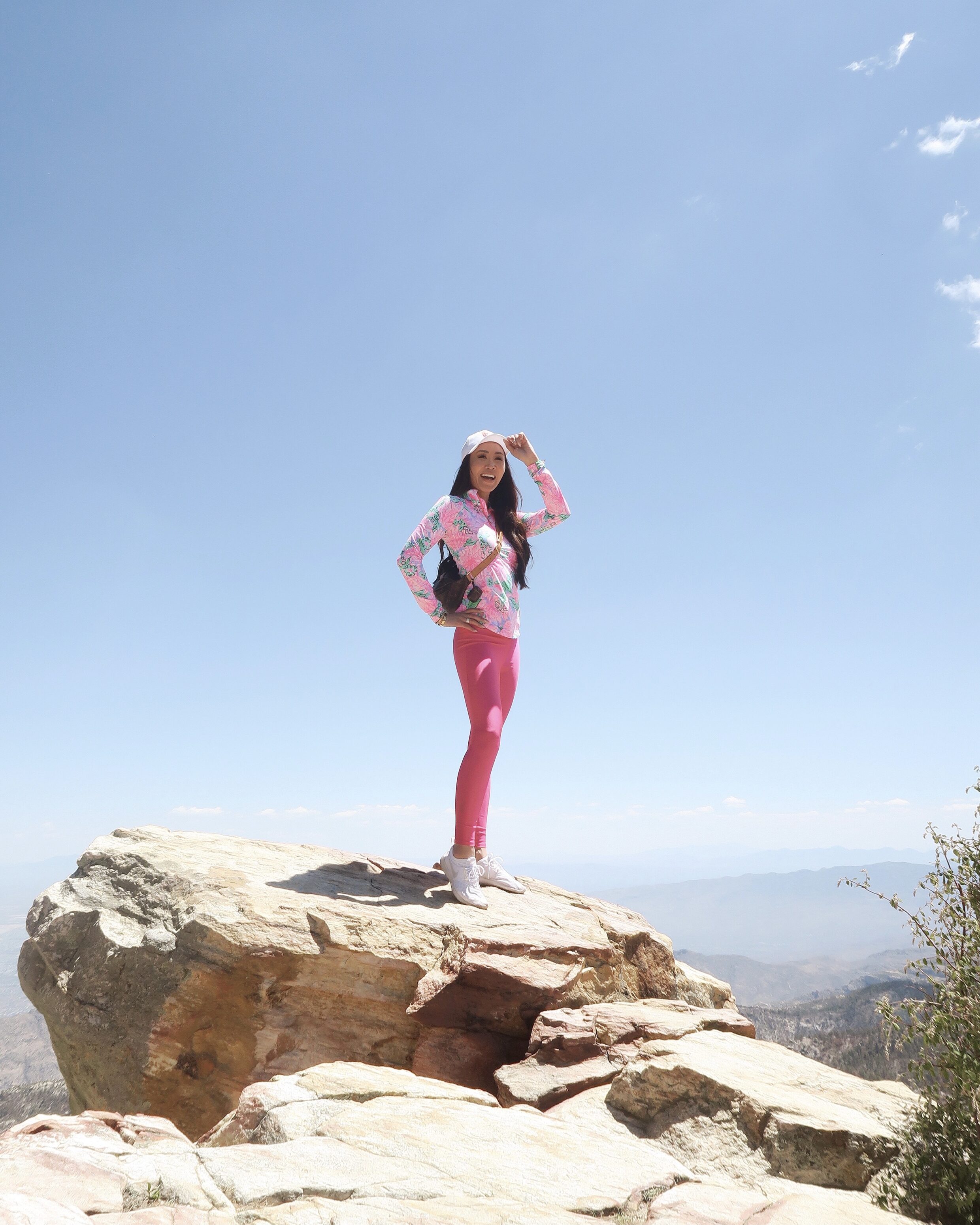 I
apologize for the random posting because right now it’s summer and I’m still trying to figure out if I want to maintain a blogging schedule or just post when I feel like it and right now it’s when I feel like it. Altho, I am still posting 2x a week which is a good pace right now. Can you believe I used to post 5x a week years ago? Like WHAT did I even have to say every day? Mind blowing – but I loved it and it got me places.

We went to Tucson last weekend because I had a collab with Lexus – we had originally planned to head to Strawberry but with the fires and the town evacuated and shut down we had to change plans quickly. We drove a sweet LS 500 down and it goes fast – it’s the same car I drove to Vegas last year when Vegas opened back up right after the shut down. I love this car and we love Lexus, being owners ourselves – I’m still driving my 2006 and yeahhhh it works and I’m not complaining! 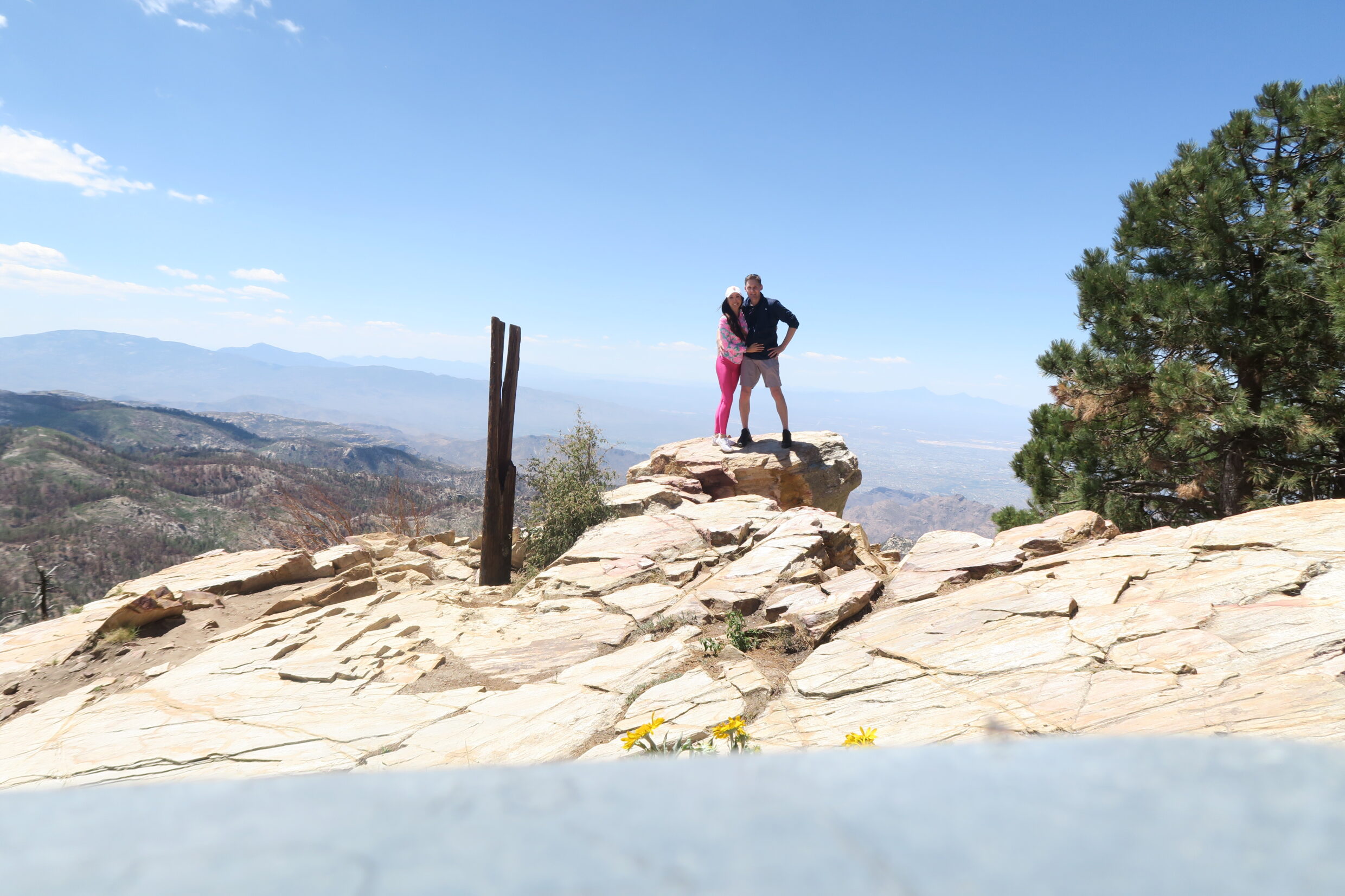 We went to Mt. Lemmon, it was both our first time. Benjamin has wanted to go for a while now so it was the perfect excuse to find any place that was cooler. It was 71 degrees in the morning when we went! It takes about 30 minutes from the base to the top if I had to guess.

We rode a ski lift all the way up! 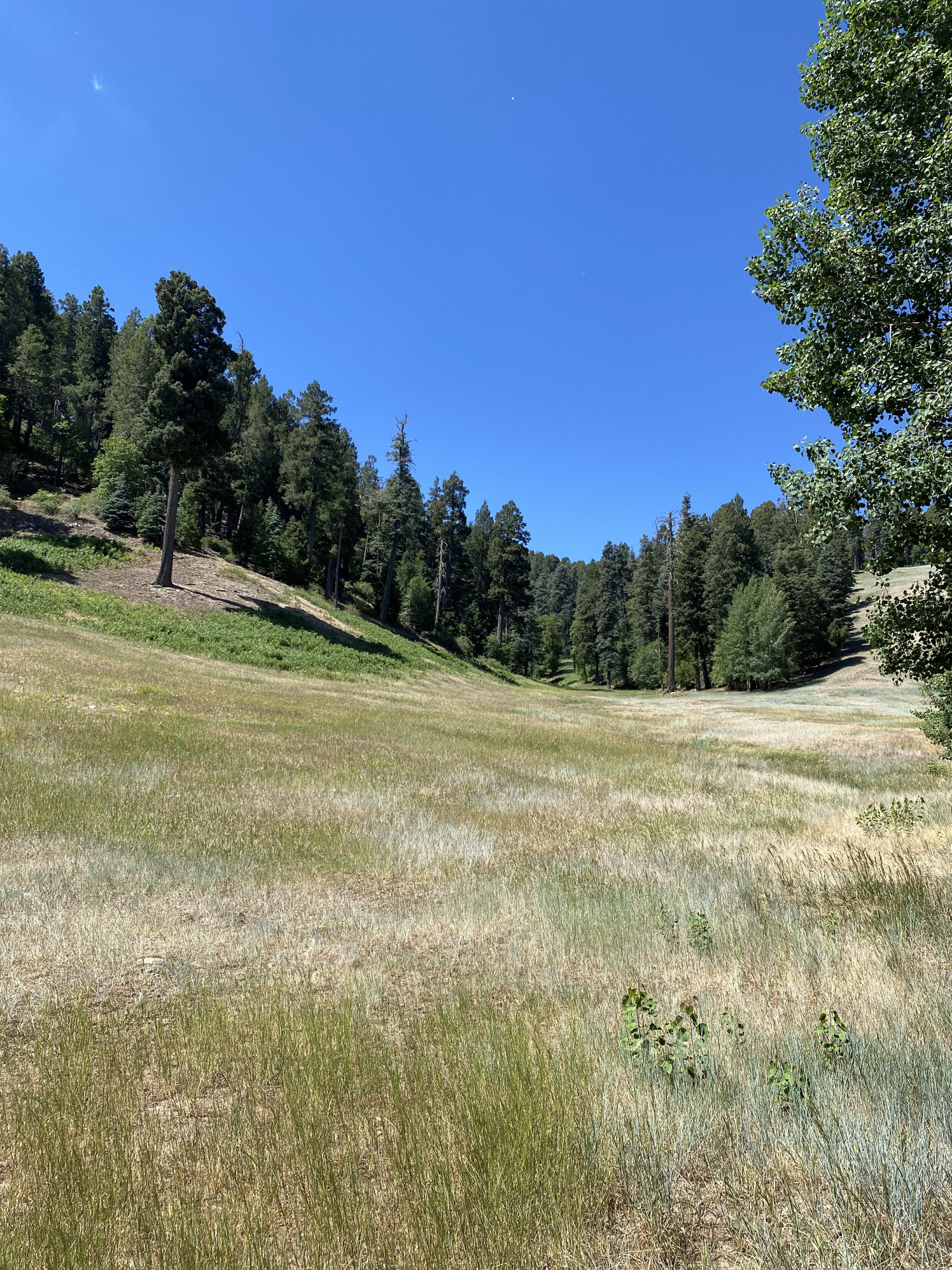 And then we ate at Beyond Bread of course, Betty’s Brie with sourdough for the win, and I wanted to stop by my Alma Mater to check out the bookstore. I didn’t buy anything surprisingly but Benjamin bought a tie and slides for the pool. He went to SIU for undergrad and grad but he loves UofA like it’s his school and I love him so much for it. Very important to me, and I am so glad Benjamin loves my school as much as I do! He said when he was younger he always liked UofA and if he could’ve gone out of state he probably would have gone to UofA.

If you missed the time I was hired to cover homecoming, see this entire website they give me here! I still can’t believe this happened and is my favorite thing I’ve been invited to do – yes even over the France trip, ok well maybe tied. 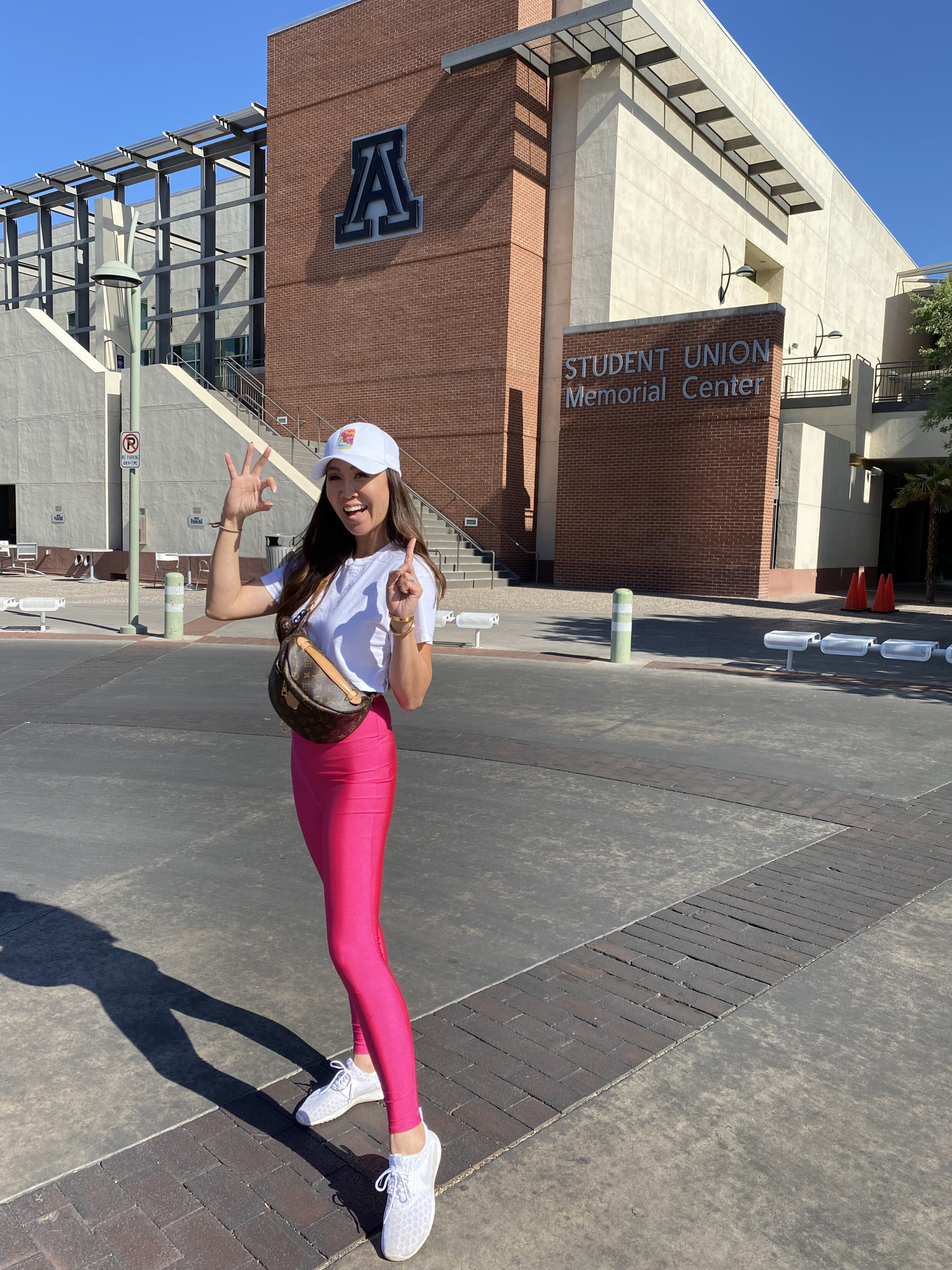 Random fact, that WC hand gesture is pretty new and we didn’t do it when I was in school. I always wished we had a hand gesture like other schools had, like yes, ASU. I wonder why it took so long. Anyway, at least now we have one!

Starr Pass – where I used to live in college

I also wanted to drive by my apartment at Starr Pass. I used to live on S. Players Club Drive – it was the golf course. The sign was always stolen cause you know, college kids. 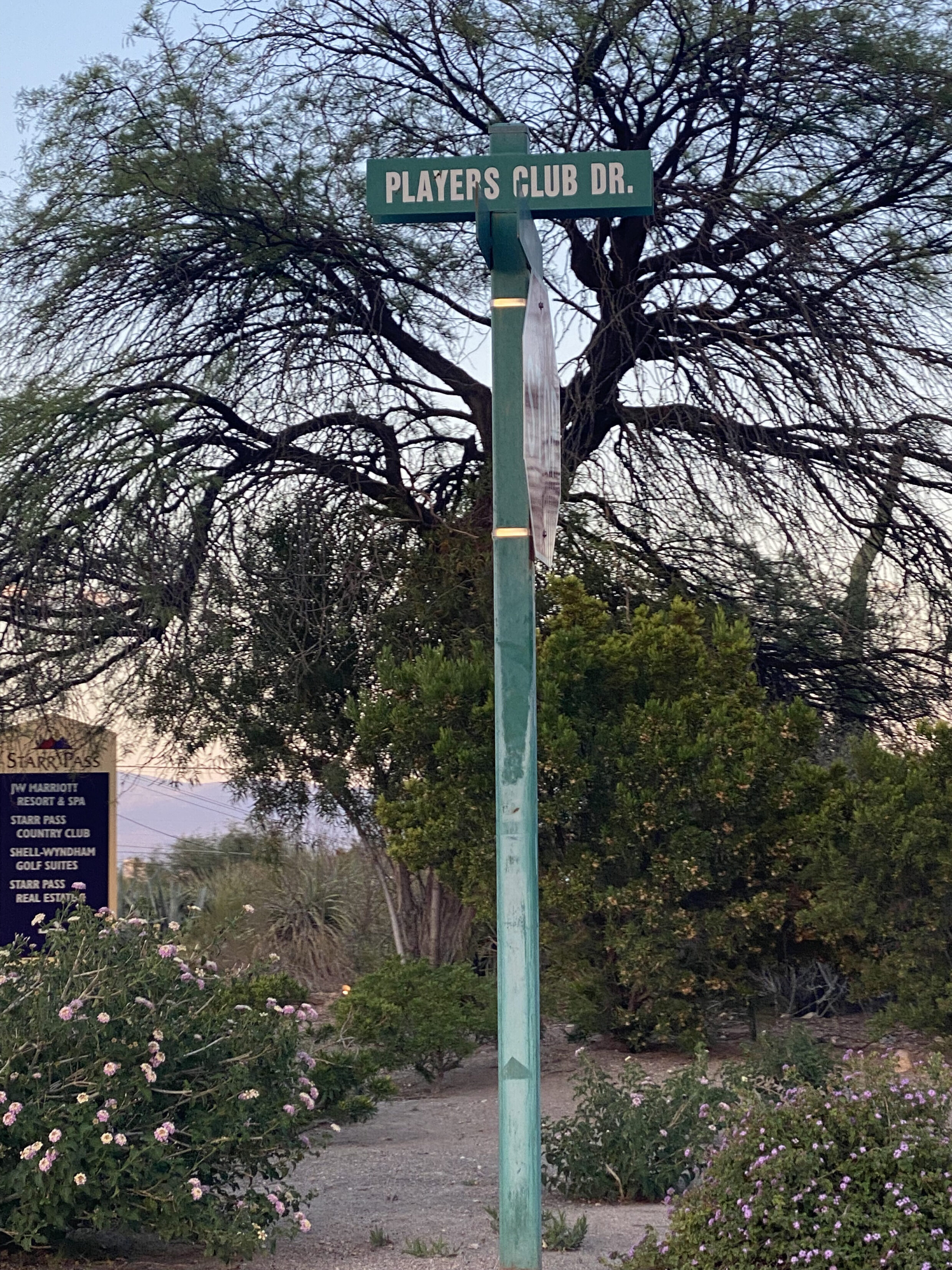 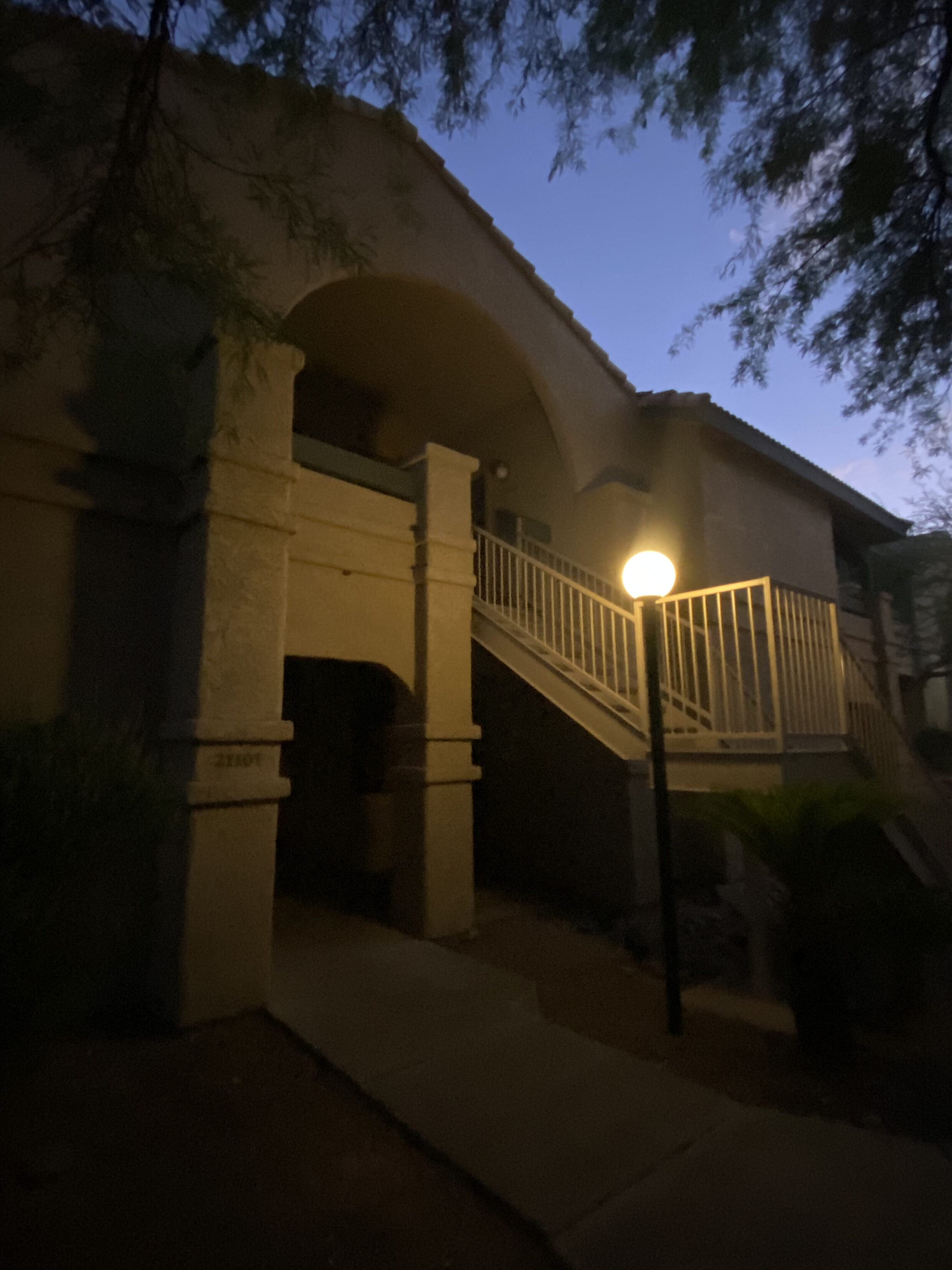 ^^ The bottom apartment to the right was my apartment. It didn’t seem as though anyone was home. The apartments became permanent residences when they sold them which I thought was interesting.

The first night after we ate dinner at the hotel we drove 15 mins further west to get a good view of the mountains for a shot for Lexus since they paid for the hotel stay and adventure. I think we got some good stuff! It was hard because parking spots were so full by the time we got there but it worked out!

These were taken with my G7x point and shoot, a trusty camera! I have an older model but it’s 100% worth having for the compactness and has manual mode also a lot of YouTubers use it!  I take this with me to Vegas because the flash! Sorry iPhone photos do not cut it! 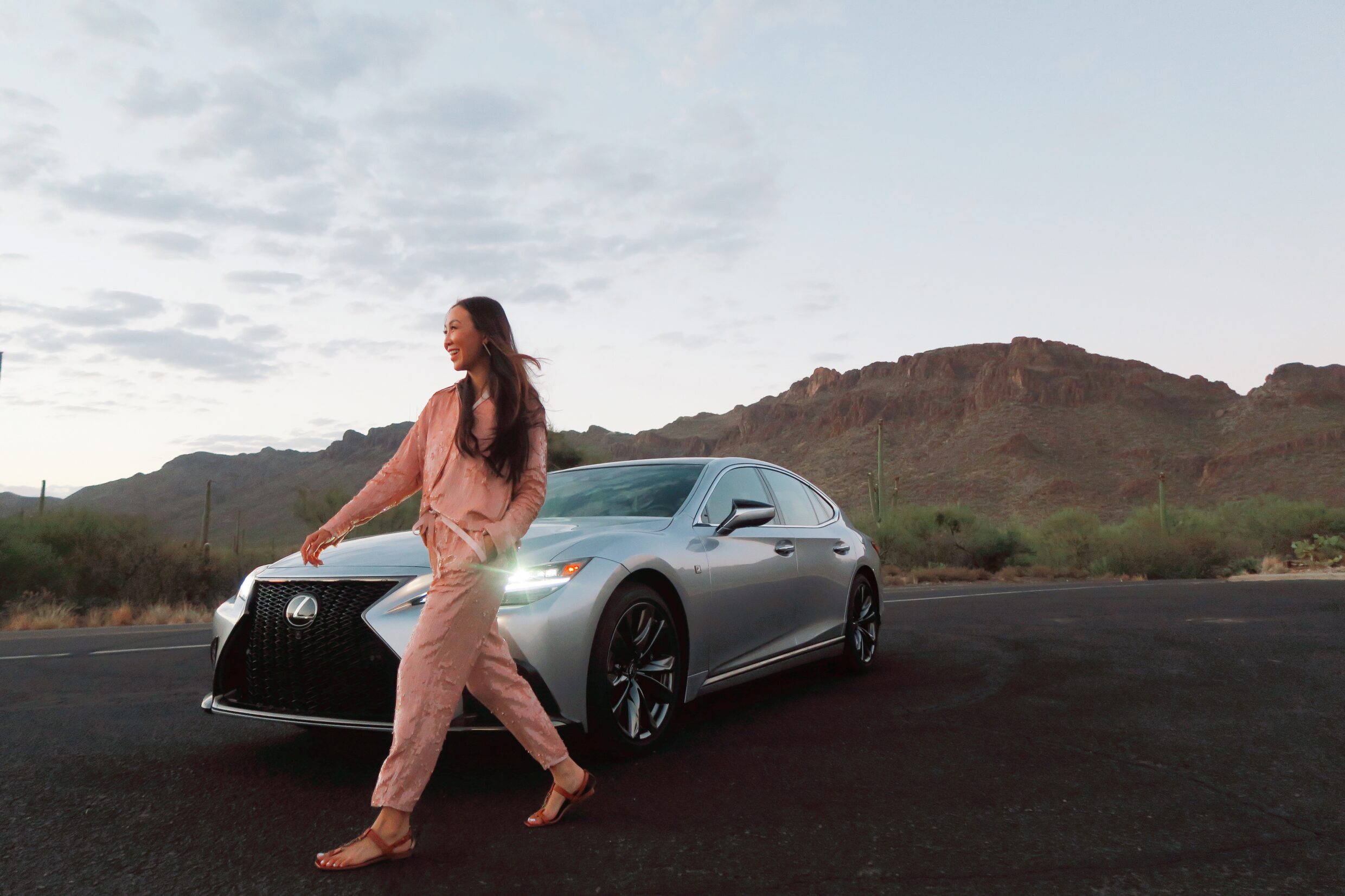 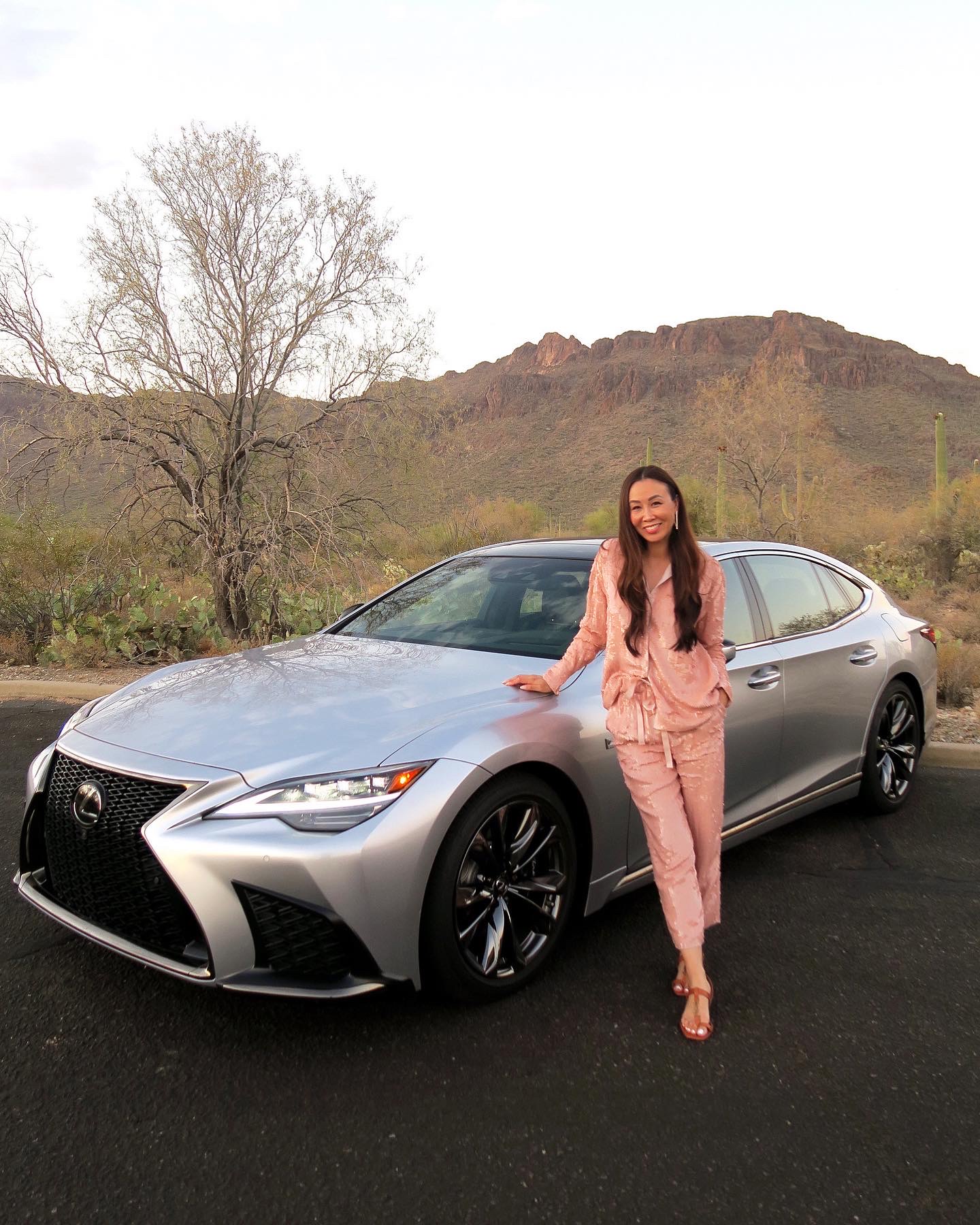 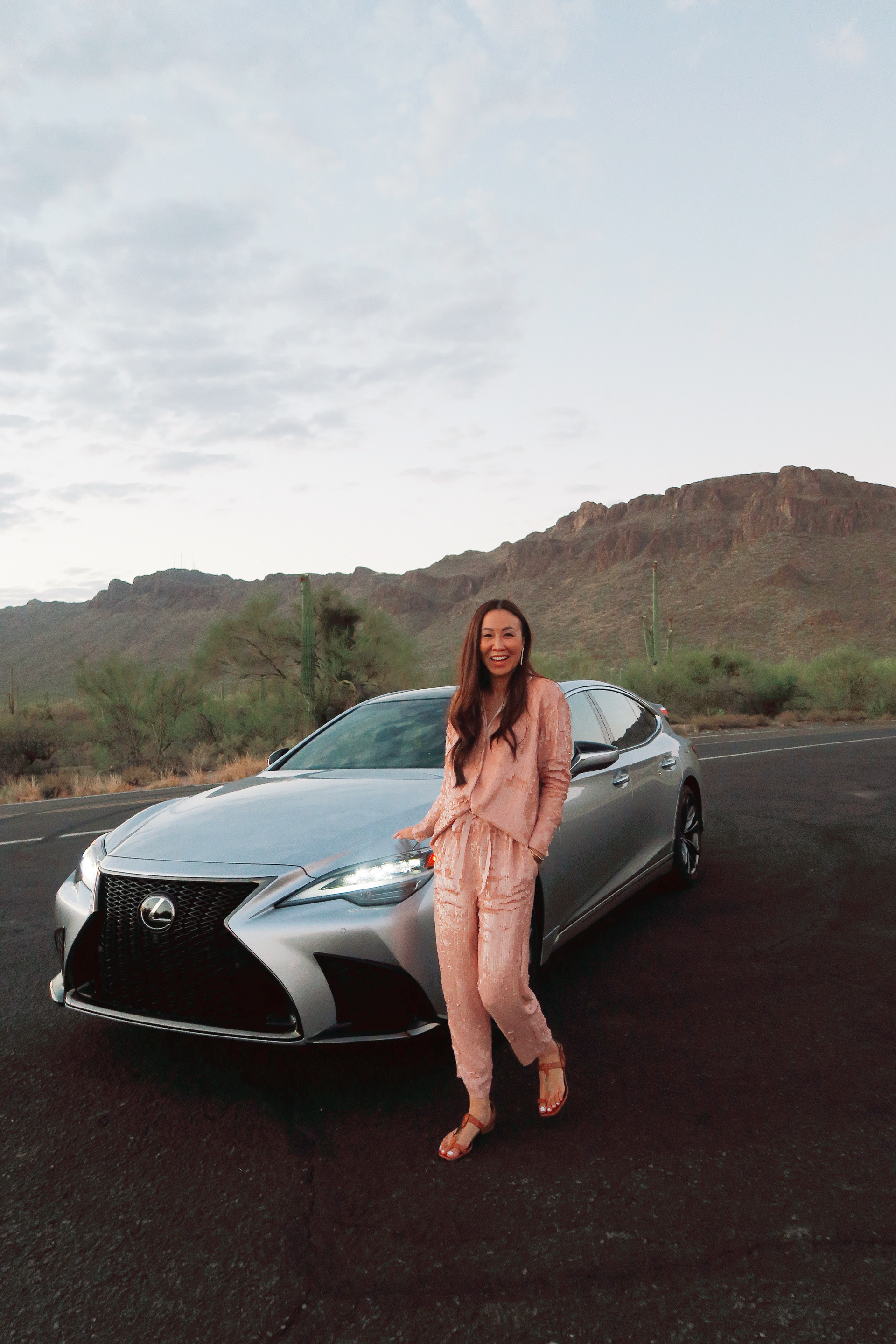 I also saw my little sister from BBBS when I was in college. She was 9 when I met her and now she has 4 beautiful sweet daughters. It was so cute because when we left one was asking if we could stay longer. Sometimes I wish they lived closer but even Tucson being 2 hours away is still close enough. 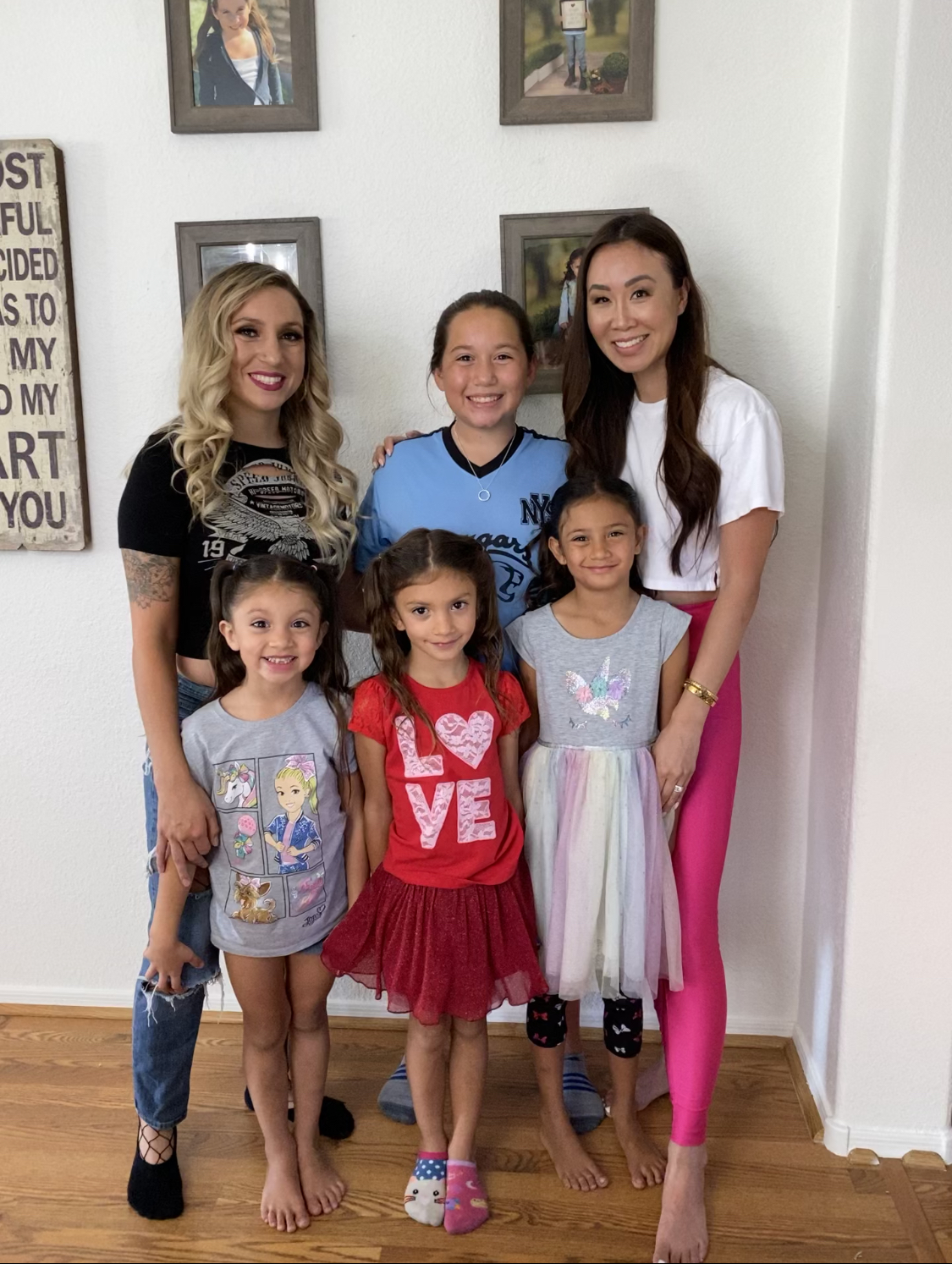 We also did some antique shopping – see the stories here –

Here’s where we stayed – The JW Marriott in Tucson at Starr Pass. It’s in the same community where I lived in college, you can see why. It is so beautiful. This was the view from our hotel room.

It was a busy time because the military is staying at the hotel to help secure our borders – my sister who is in the national guard told me this. So I was of course more than happy to know they were here. The border is really an issue, really, most people don’t understand because their state doesn’t border Mexico but it really is a problem and my sister tells me stories, having worked the border too. To me this is or should be a bipartisan issue as this is an overall security problem we’ve been having for a while and needs to be addressed. So if you plan on going and you want it less busy, give them a call to ask about capacity. 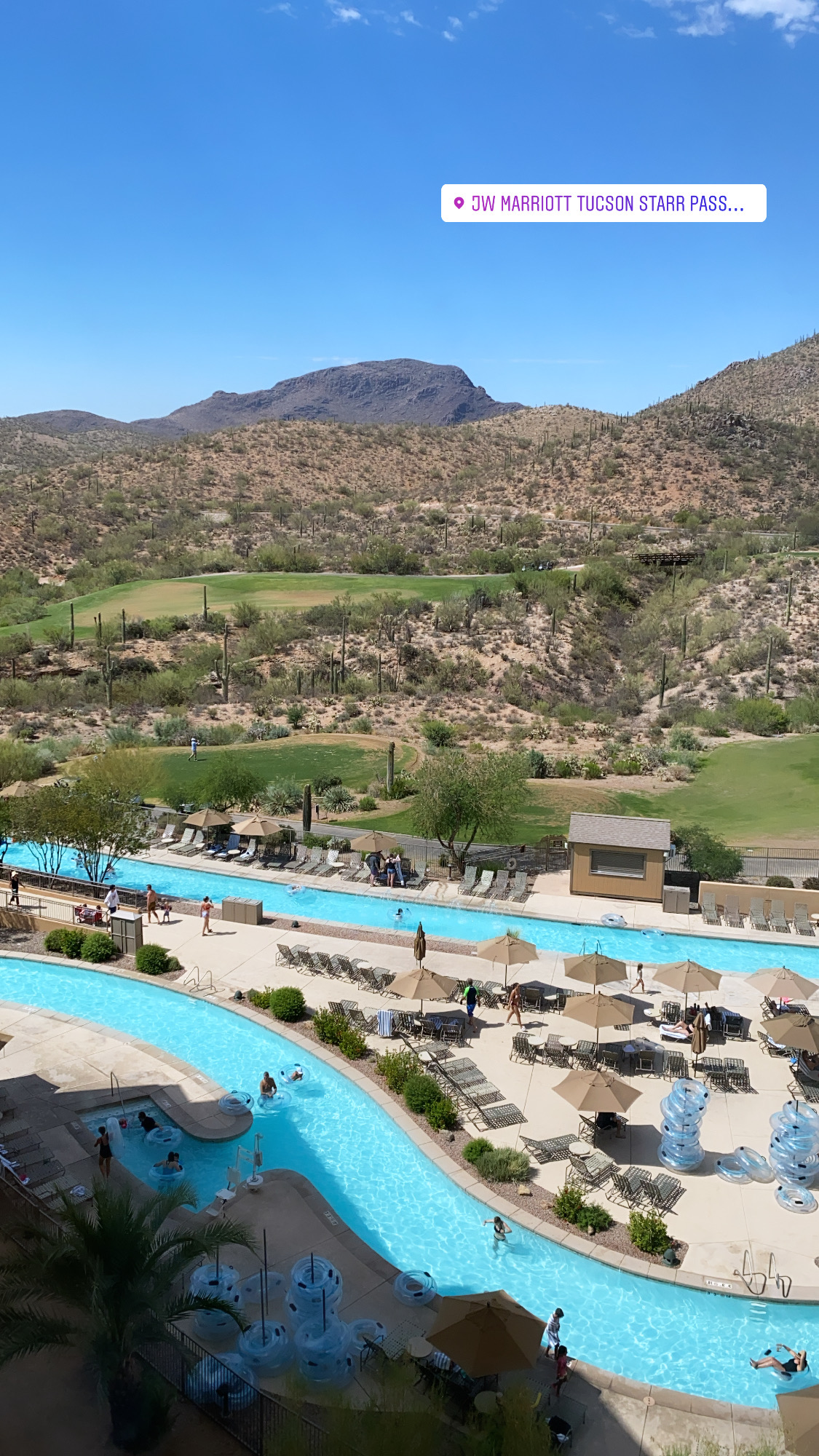 Then we had to stop into the International Wildlife Museum because Benjamin saw it and got really excited to see it! It was surprisingly large. I definitely recommend this for kids. I think I found the first exhibit the most interesting about Teddy Roosevelt and how he started the museums! 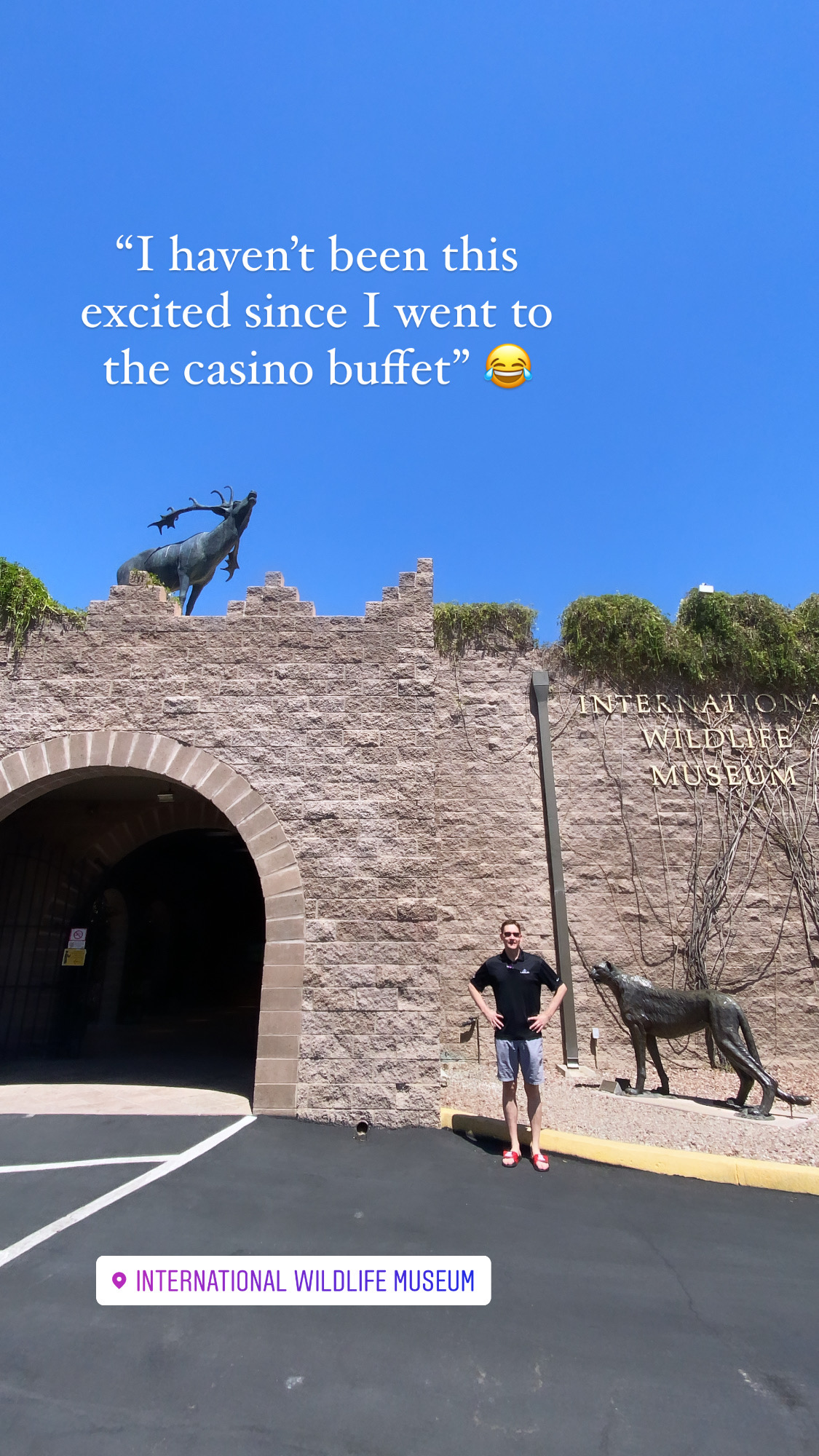 This was one of the displays  – I thought it should be wallpaper. 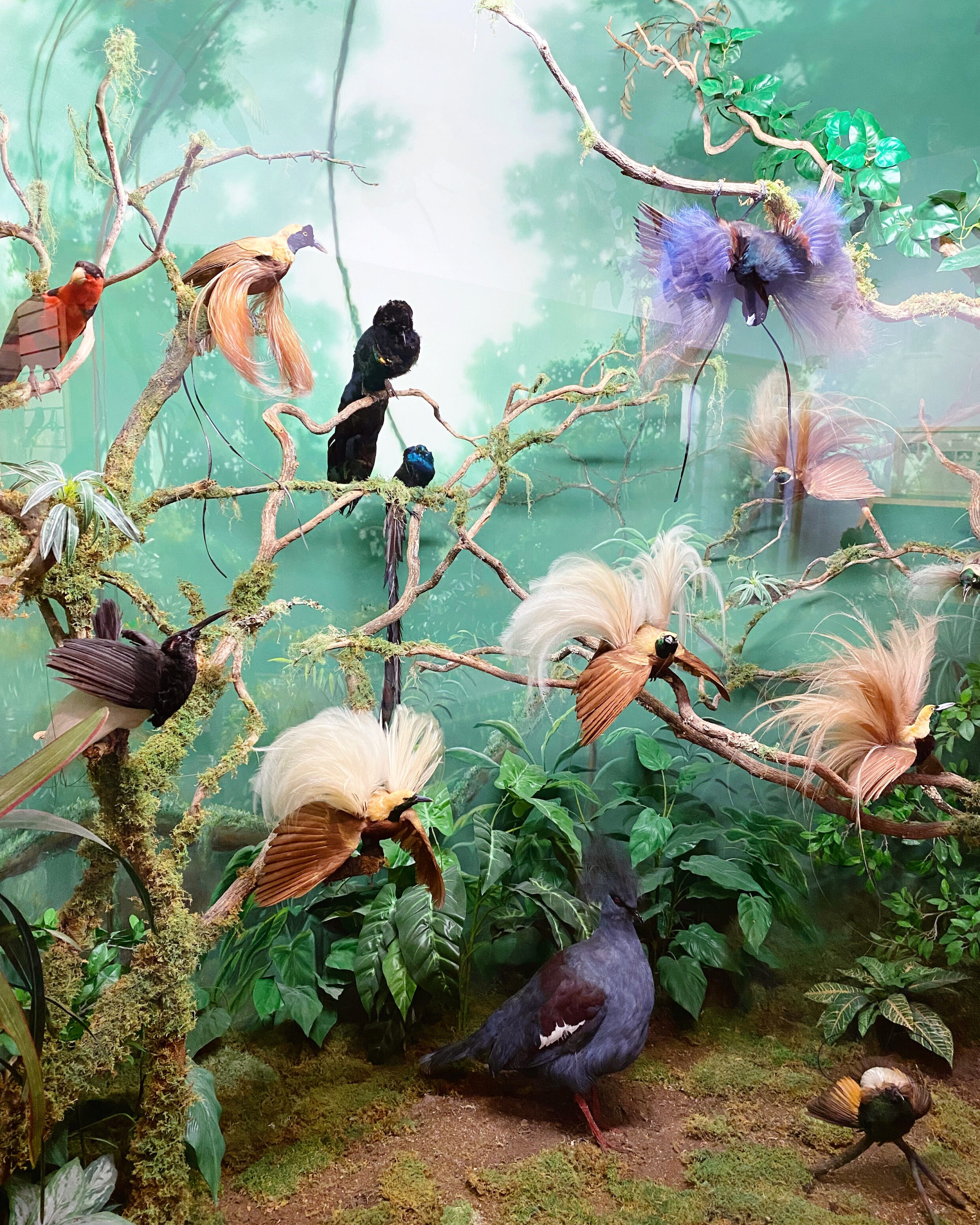 That was a fun break, we saw Ariel and her daughters, ate at Beyond Bread, and just had some good quality time of hanging out! It was a nice way to break up the summer heat in Phoenix and get away. I always have fun with my husband and I am grateful for our flexible schedules, freedom in our lives and the opportunities that blogging and influencing has given me. Thanks for being here and joining me in this adventure. 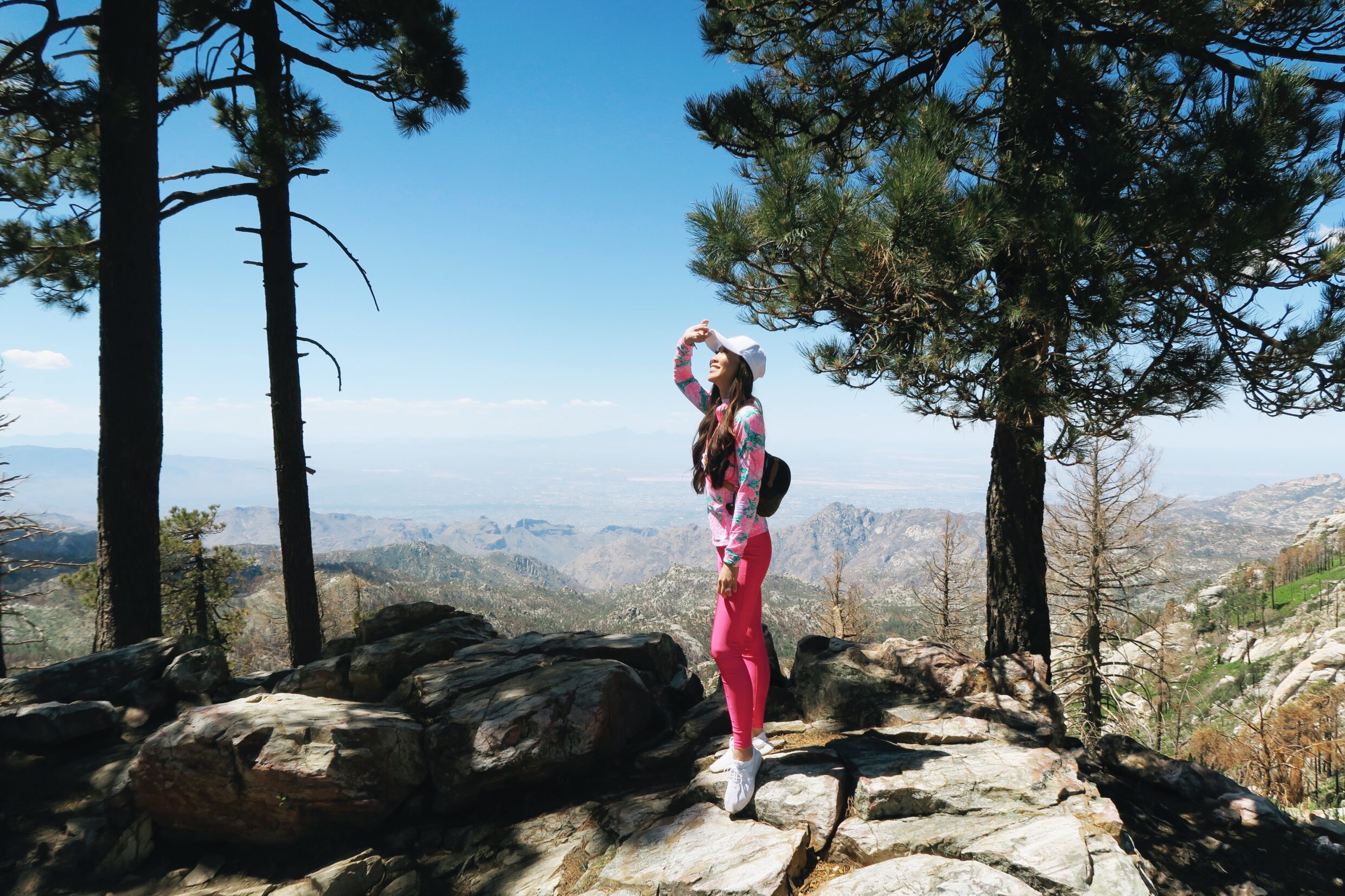 Diana Elizabeth cleaned out the photo studio and finally just let things go. They had been sitting there for a while, boxes of things untouched and paperwork never looked at so she just let it go and it felt great.

There are no comments on Tucson Escape.