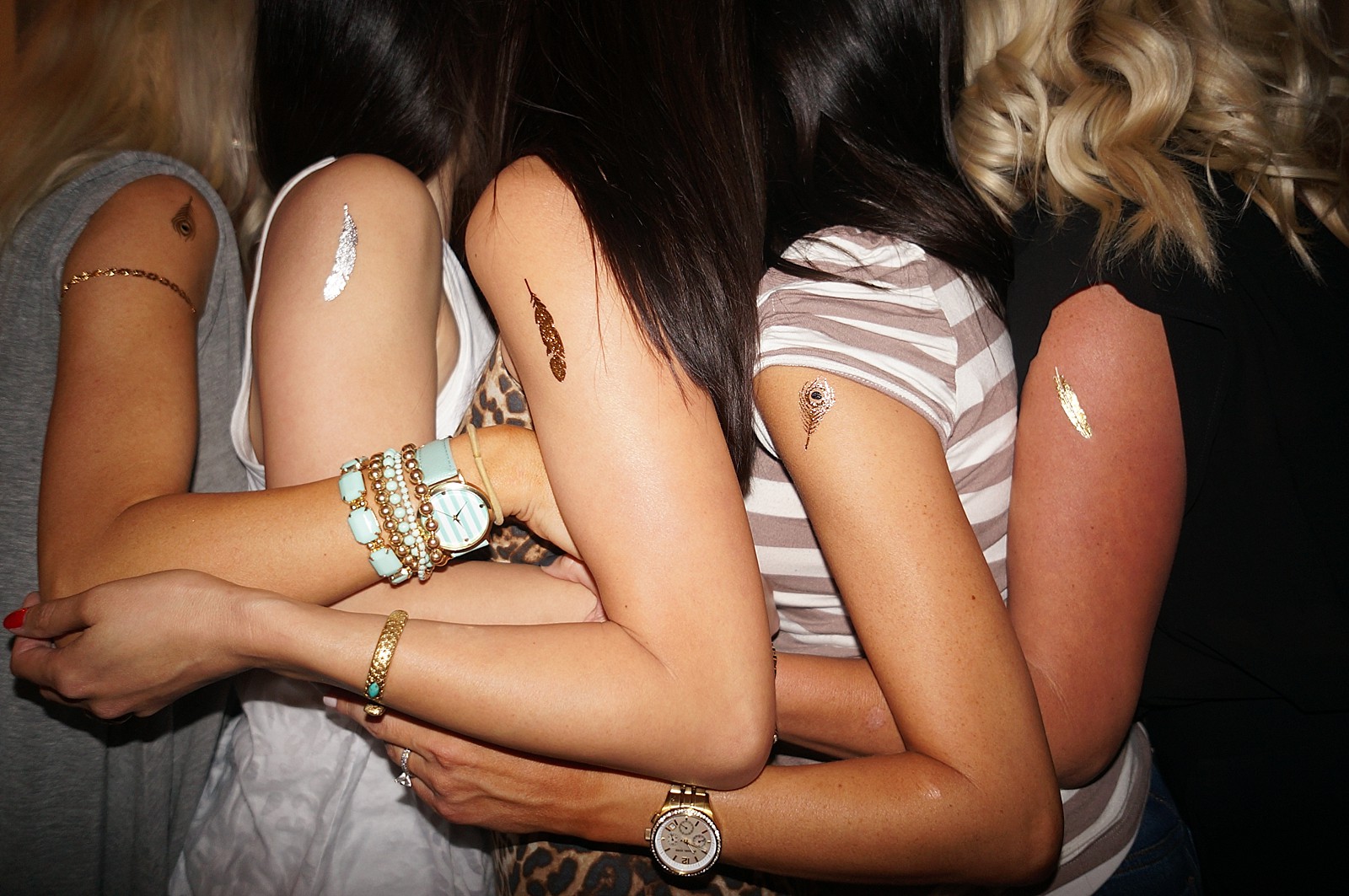 Birds of a feather, flock together.

Is it possible to have a good, clean fun in Las Vegas and still have a relaxing rejuvenating time with girlfriends?  Absolutely!  Let me show you how we made it a fun girls weekend in Vegas.

After a THREE HOUR PLANE DELAY and two waiting lists only to get half of us called for one flight, we settled on our original flight that was late and somehow we were still smiling.  I think it’s because we were together so we didn’t care. Plus, there was an LGO and we filled our bellies there, twice. 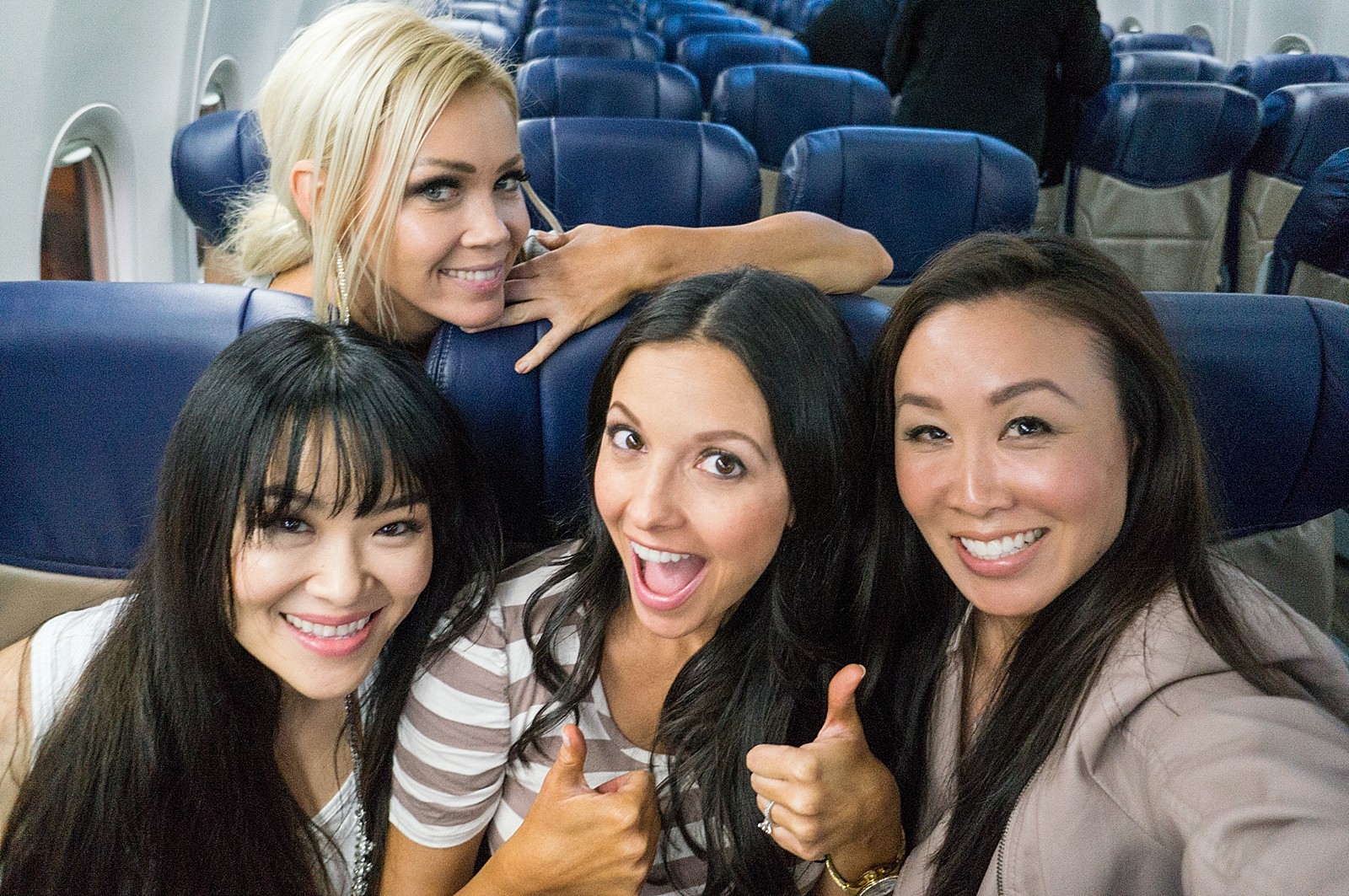 Why Vegas for us when we don’t party like Vegas is marketed?  First, we are beyond lucky that Jennifer is a VIP at a few hotels on the strip which means free hotel room and a few hundred in food allowance. Second, it’s close enough yet far away to feel like a vacation and thirdly, there’s something going on 24/7 so we can sleep in, find something to do and eat dinner around 9 pm.

Oh, and this time we had a gold limo waiting for us. 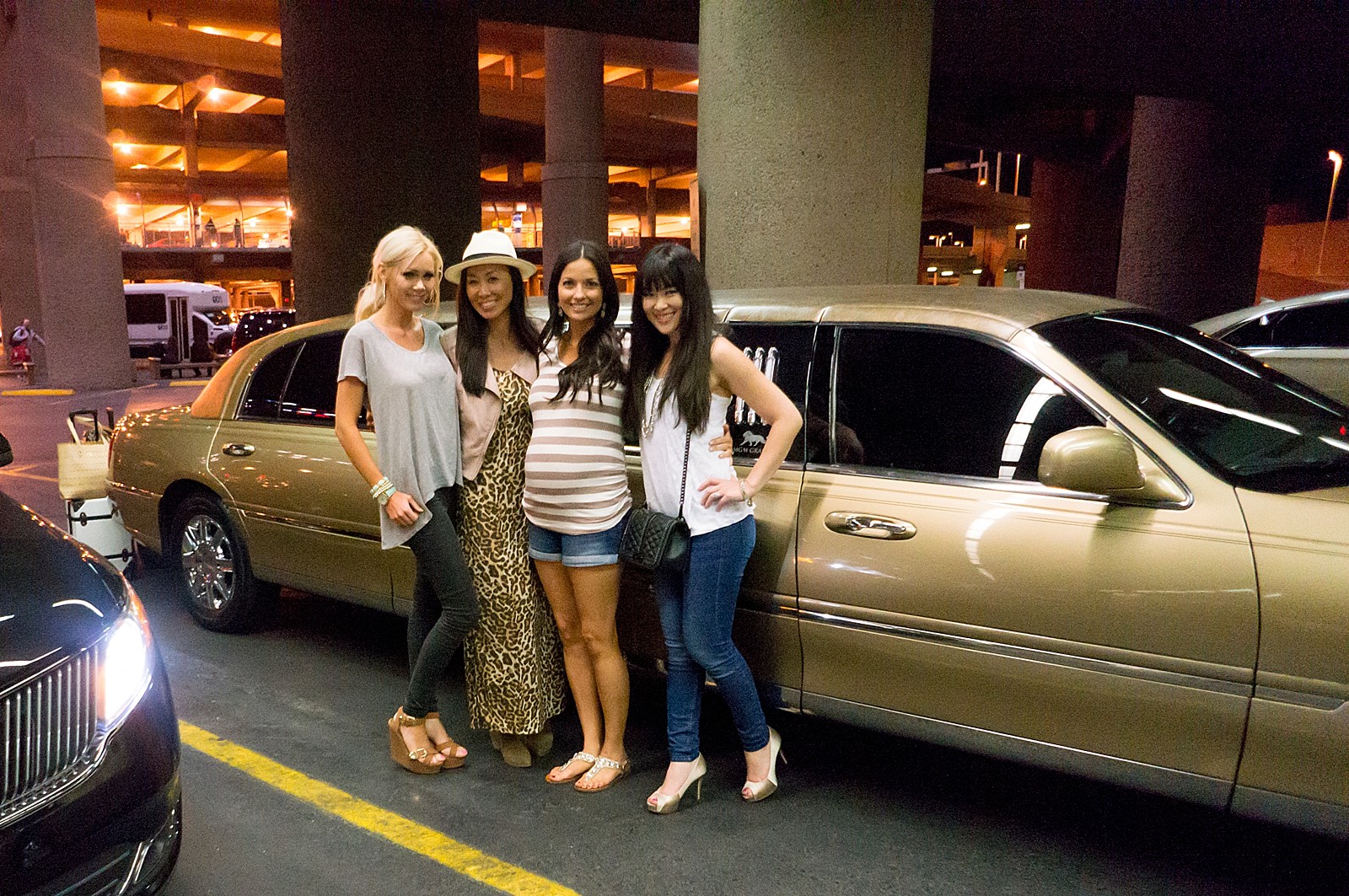 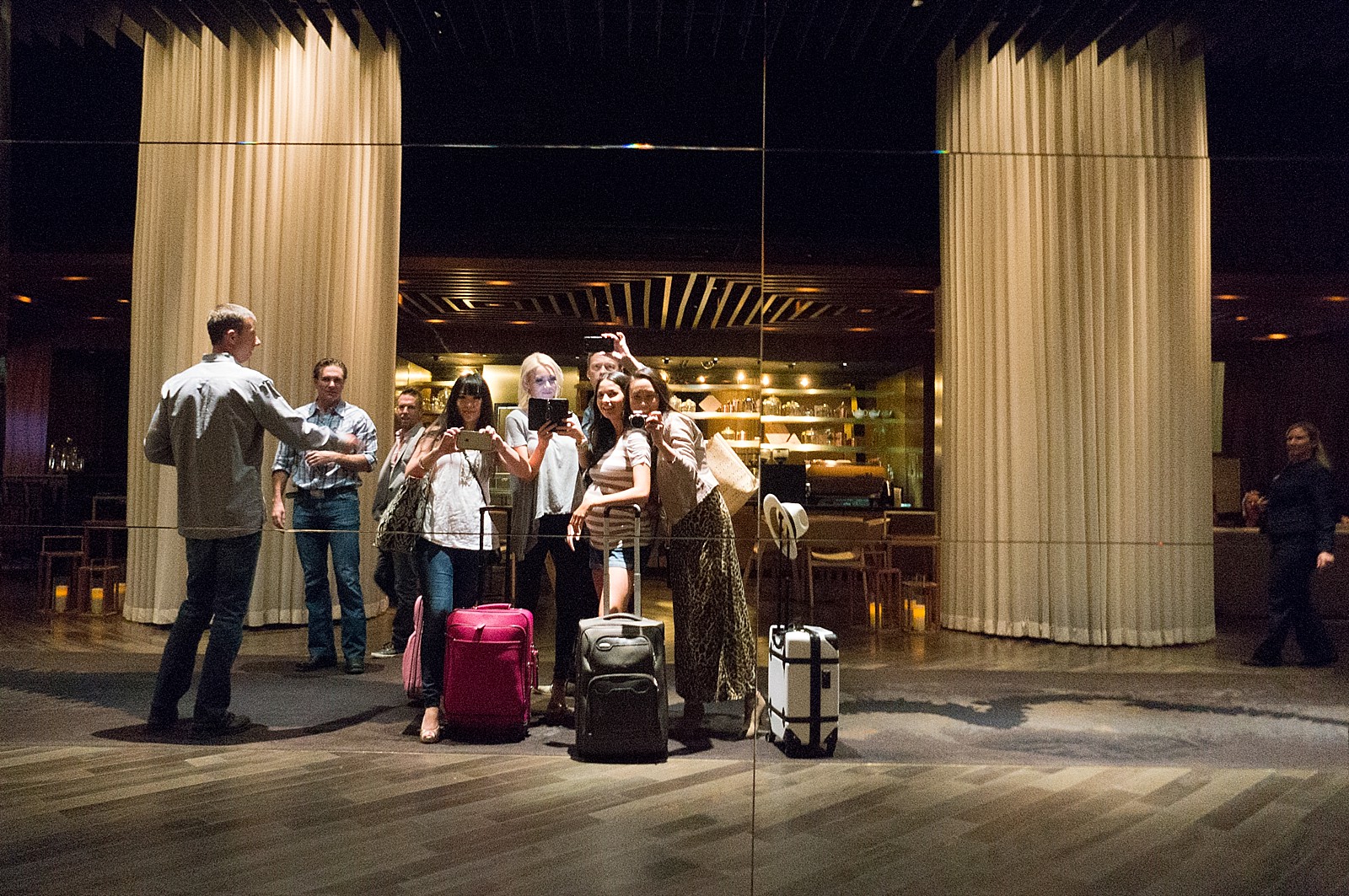 We have arrived at Delano.  How to say it? DELL-UH-NO or DELL-ON-OH?  It’s like Franklin Delano Roosevelt, so DELL-UH-NO, formerly THEhotel.

Of course when you are just trying to pass through the lobby, random friendly strangers – men, want to take photos with you, what is that about?

Temporary metallic tattoos are so Vegas appropriate don’t you think?  I had a set sent to me for free in my monthly Ipsy bag subscription and had bought another set and kept them specifically for a Vegas or beach vacay. 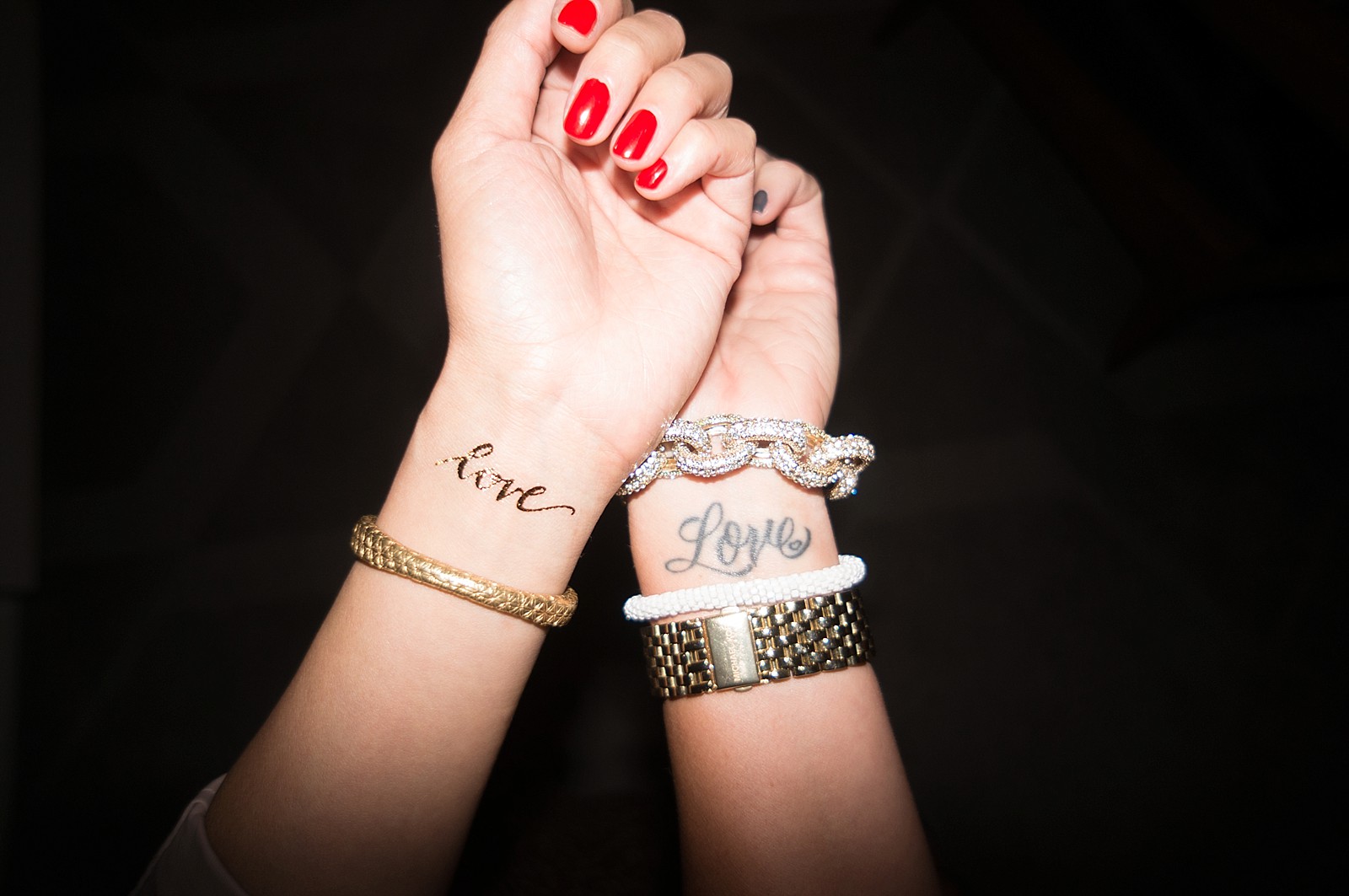 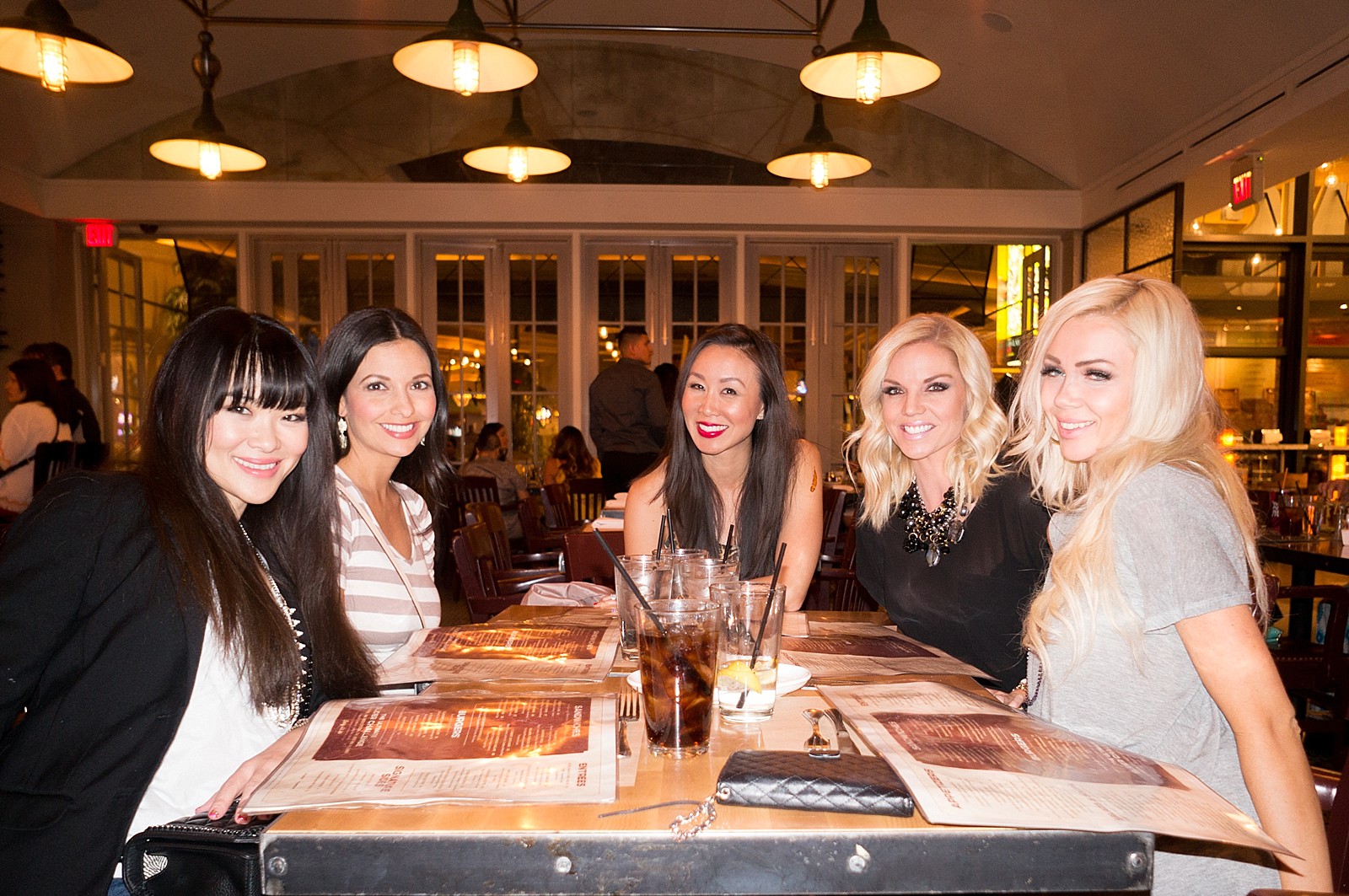 When it came to picking a restaurant, Jen pointed one option – House of Blues.  “That looks loud,” both Melayne and I said in unison so we settled on a cute farmhouse style restaurant.

The first morning – coffee at the hotel lobby of Delano.  We knew Starbucks was around the corner, but let’s be real, if you’re a coffee snob like I am (or you are from Phoenix and you know what good coffee is), you know you only go to Starbucks because of convenience or it’s the only thing around.  If you stay at the Delano, go to their coffee bar, it’s amazing! 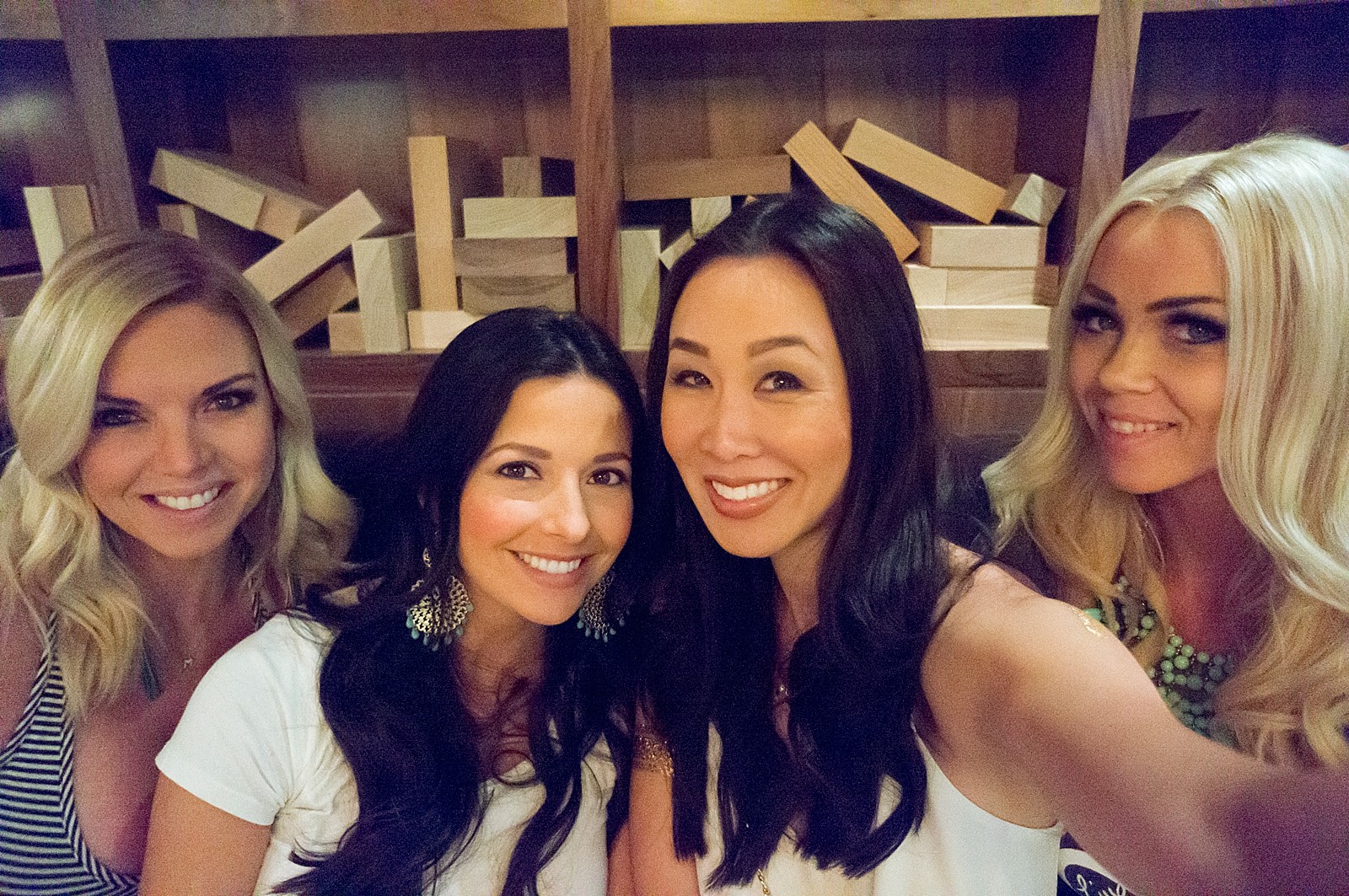 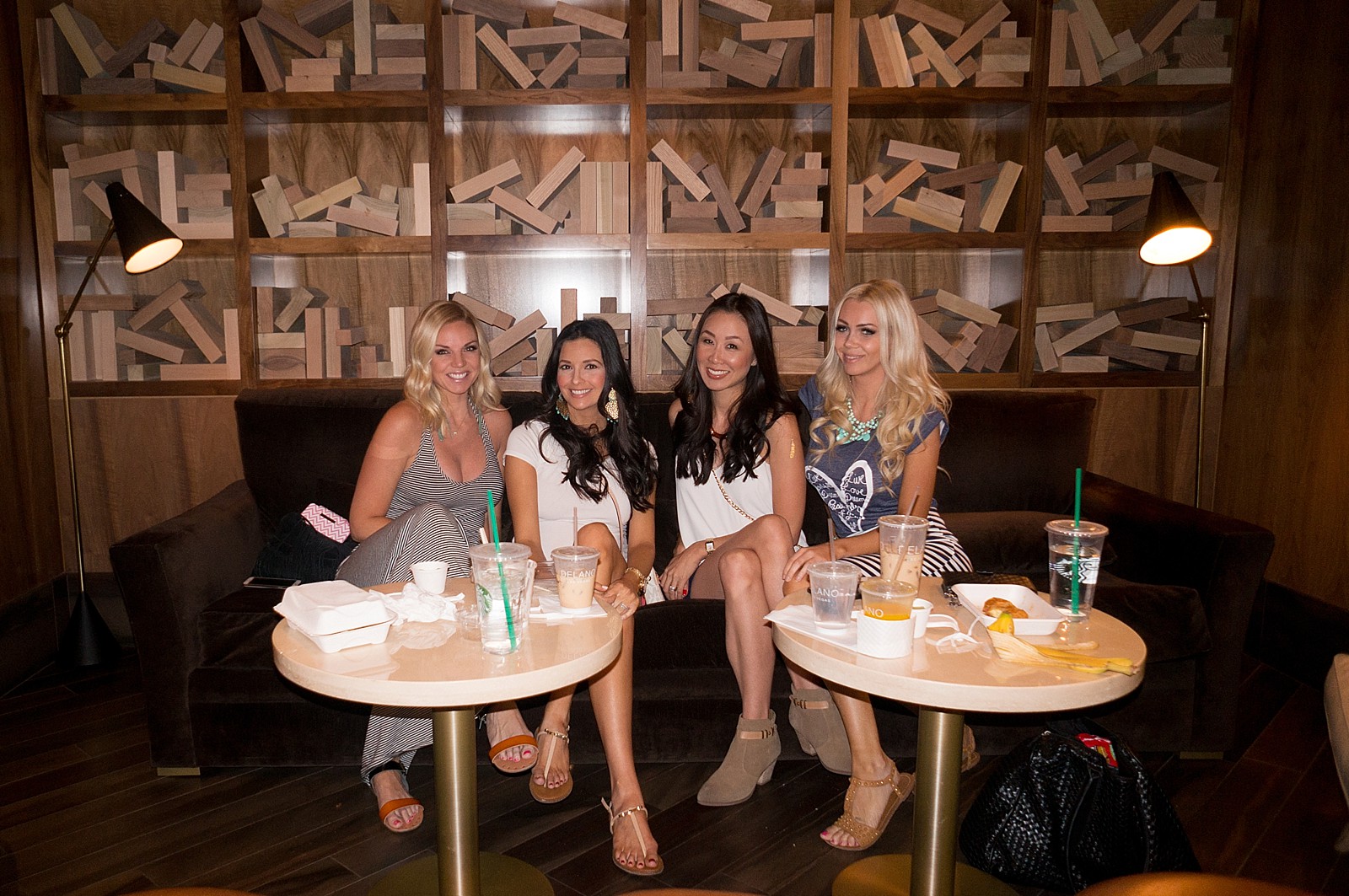 It’s also very pretty too.  They also serve veggie and fruit juices, the beet juice is yummy and the croissant breakfast sandwich is filling and hits the spot.

We had plans before we left Phoenix that we wanted to see the Titanic The Artifact Exhibition at Luxor.  Cost is $32, and you should pay the $5 extra for audio. Tip: Walk the strip and you can score a $5 coupons on the bridge overpasses.  Or pick up the Vegas tourist books – they have $5 off for the Bodies The Exhibition too (which is equally amazing).  Back to Titanic – if you are a party of two, you can share a single audio to save money.  You can also do 3 attractions for $57. 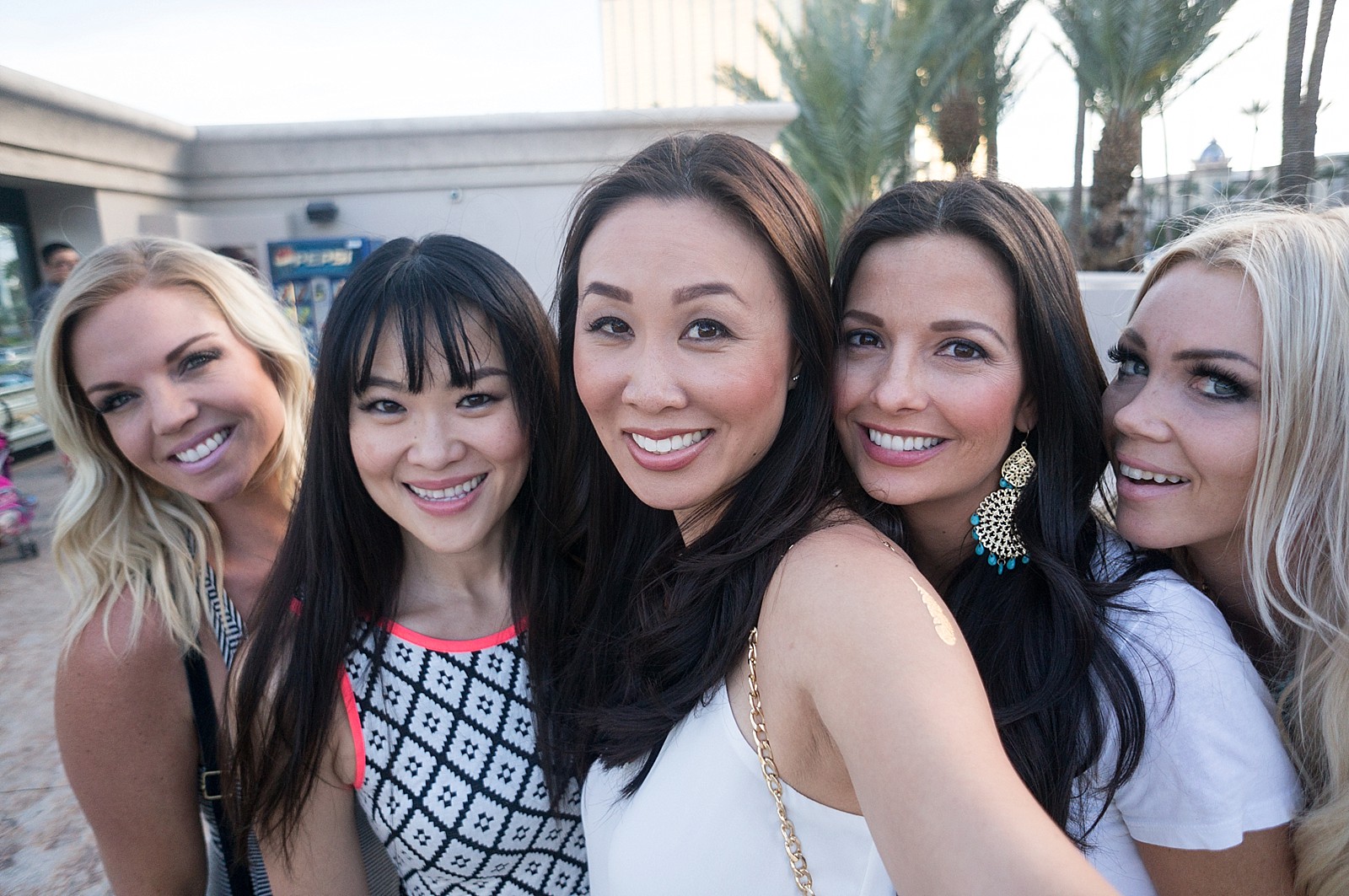 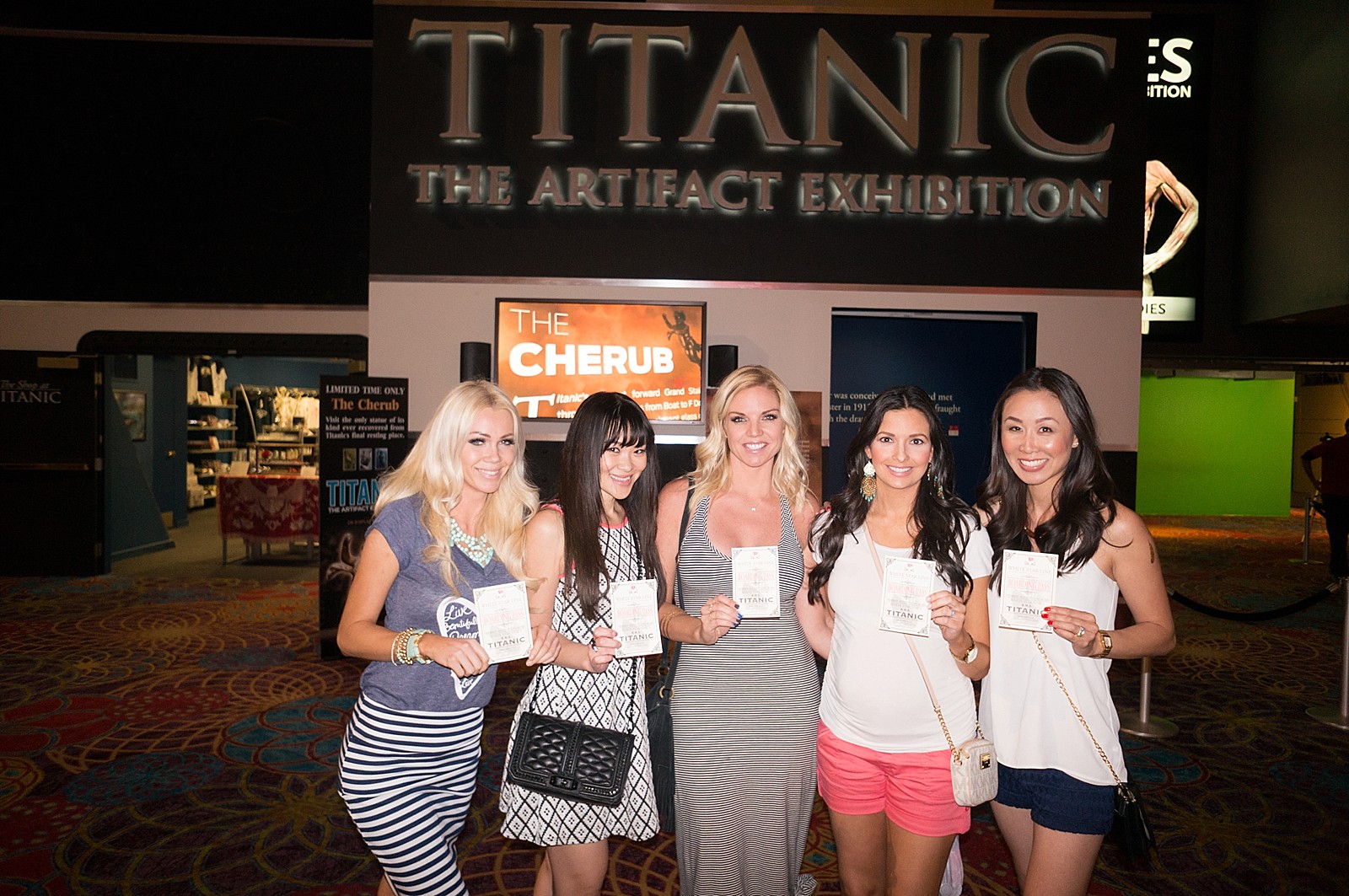 Photos aren’t allowed inside the exhibit so we walked really slow and listened to our audio tour.  We were given boarding passes which were replicas of boarding passes of passengers that were on the Titanic.  We walked through third, second, and third class passenger cabins and saw the actual part of the Titanic.  There’s a part where I cried – the quotes of passengers and what they said about making the choice to leave their husbands or father’s behind or the sound of what it was like when they were in the boats.

At the end of the tour they list the survivors of the 1st, 2nd, 3rd class and crew that survived and ones that did not on a memorial wall.  700 made it, 1500 did not.  Remember the reason there were not a lot of survivors were the lack of emergency life boats. 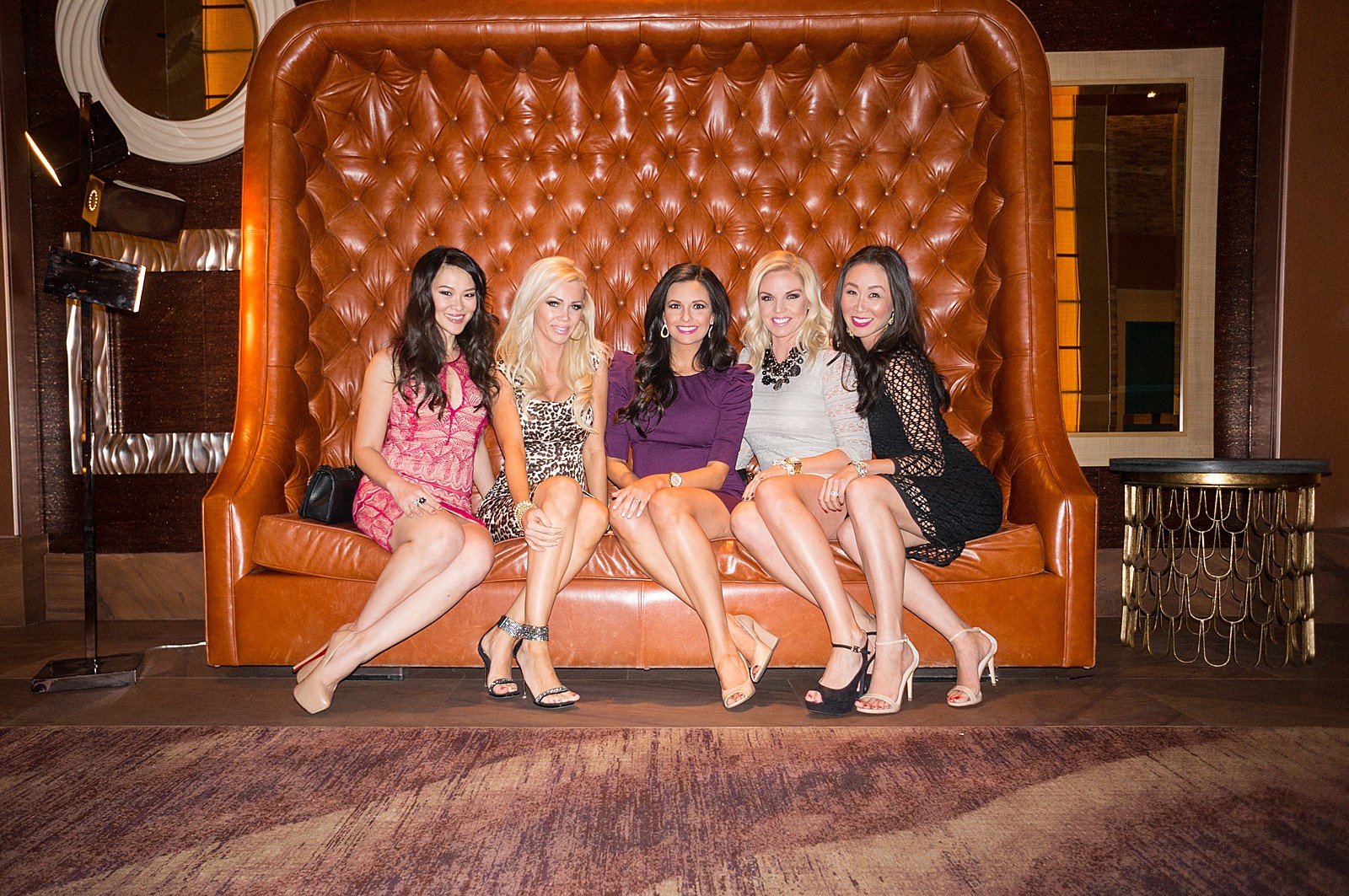 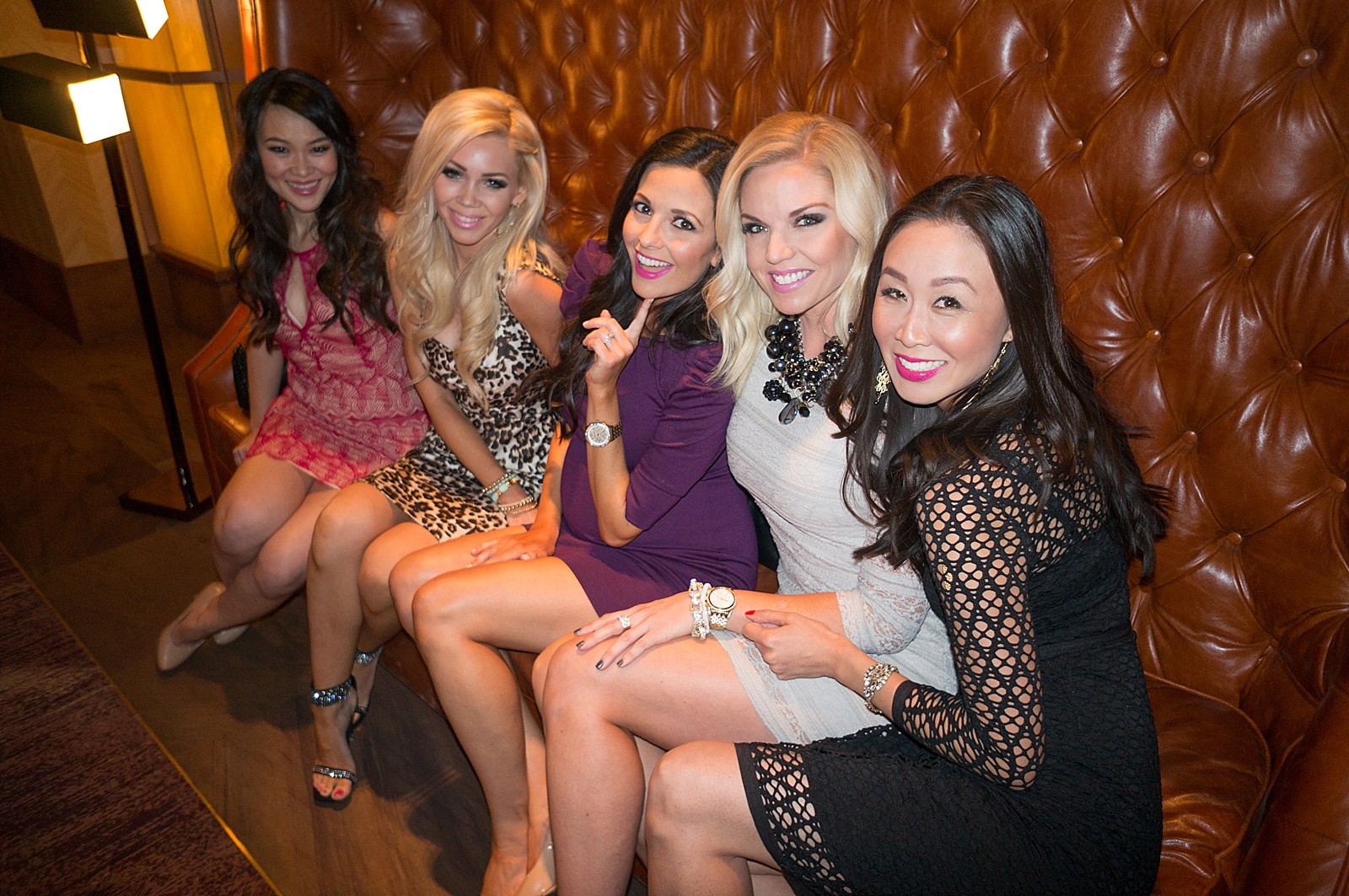 I don’t know who that guy was who took our photo but he certainly knew about photography because he got down on his knees and took those above photos we were impressed!

Dinner on the top floor of Delano – miX which is also part club/bar area too, they are somewhat connected if you pass through the kitchen – but don’t be fooled, it’s very quiet and posh in this restaurant with a spectacular view of the strip. 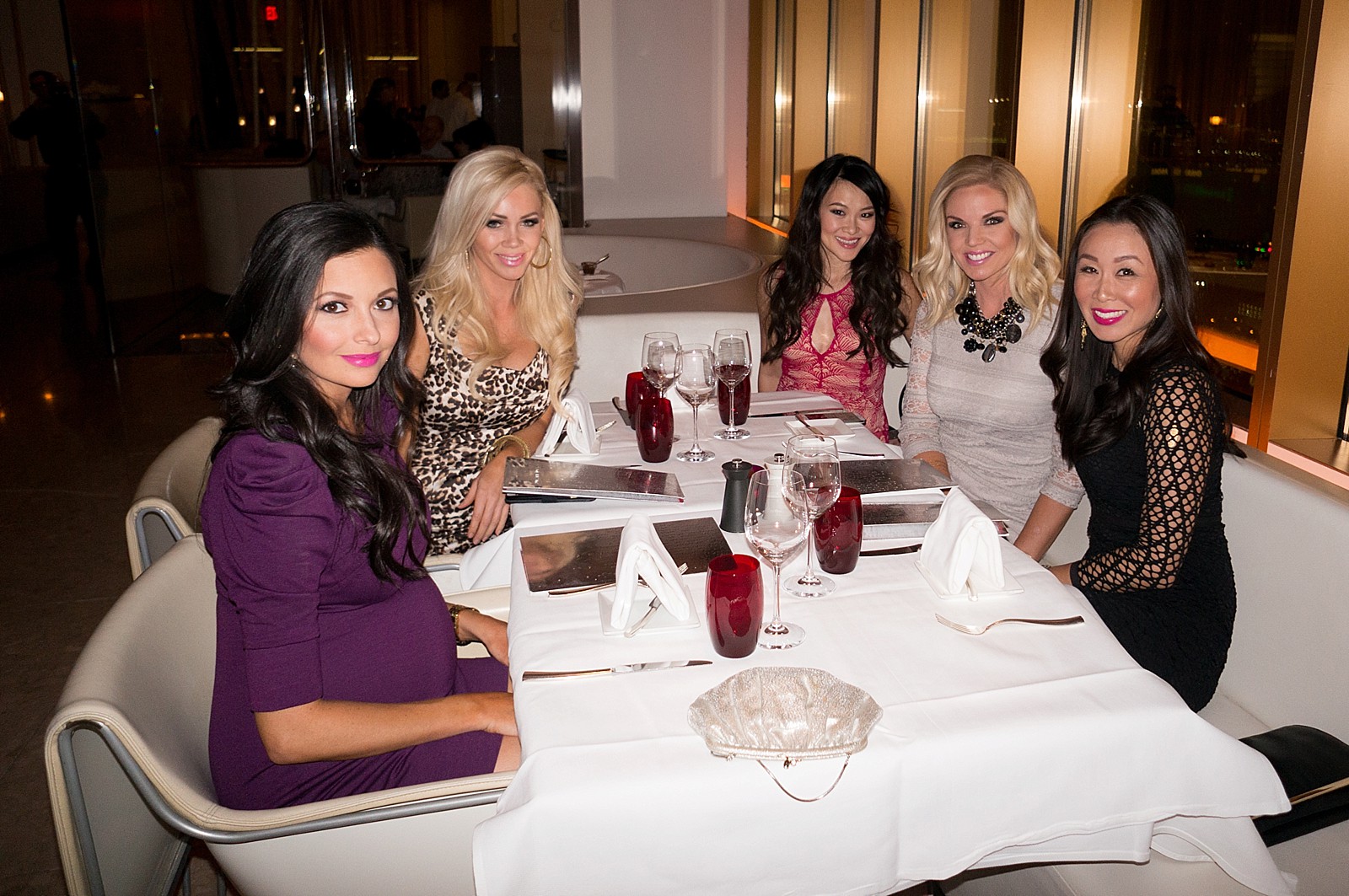 For some reason we were served complimentary dessert that said Happy Birthday, we then made it an inside joke. 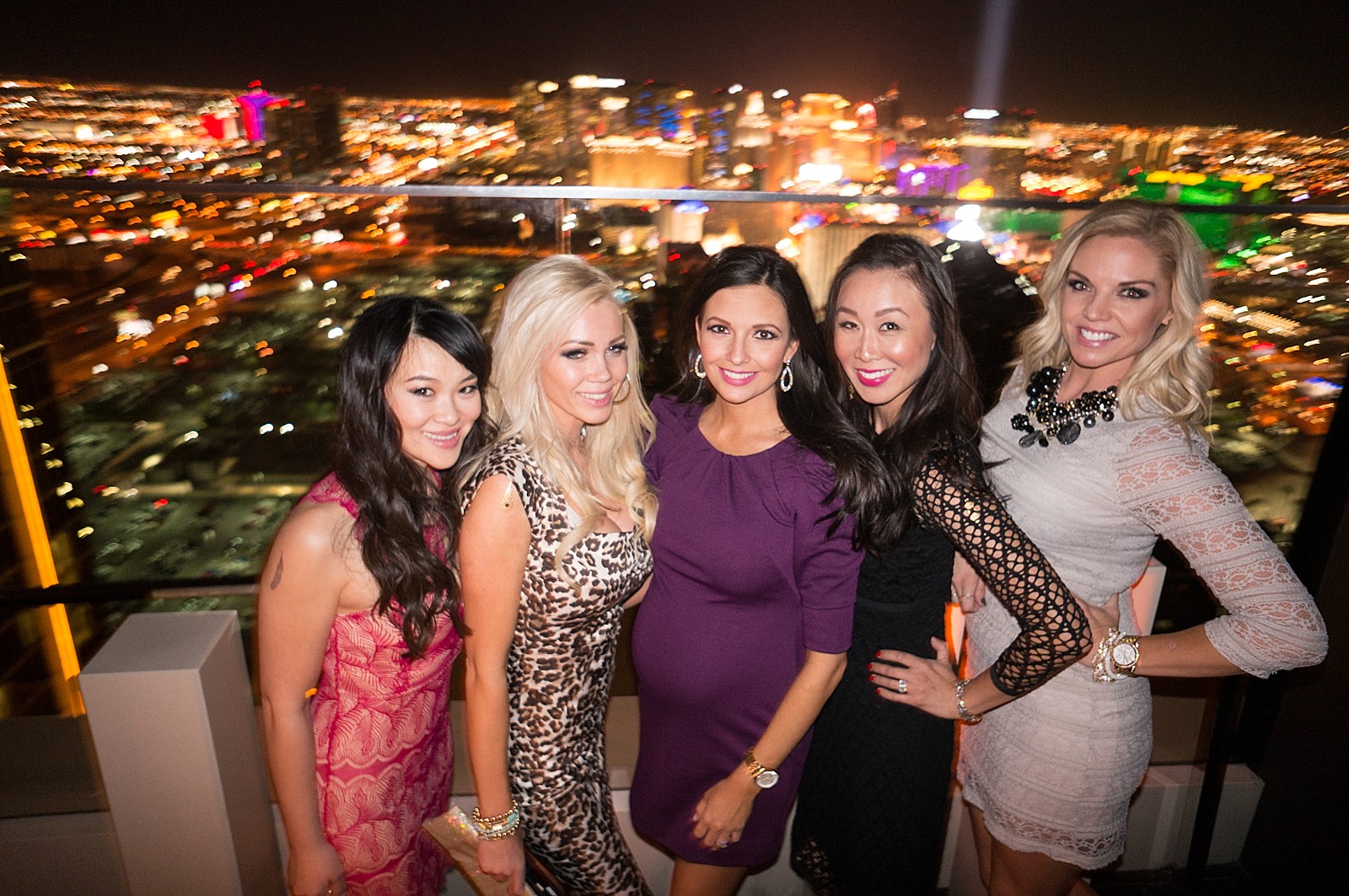 This was outside miX in an area where you would normally get bottle service but somehow a nice man asked if we wanted to sit there. The view was so pretty and if you go, definitely check out the bathroom because it’s a ceiling to floor window of the strip and it feels weird because you wonder if anyone can see you but don’t worry, they can’t.

The next morning, pool time at Mandalay Bay which is the closest because Delano’s Beach is under construction (it’s a new hotel).  When one of your girlfriends can’t make it, you bring her head cutout. 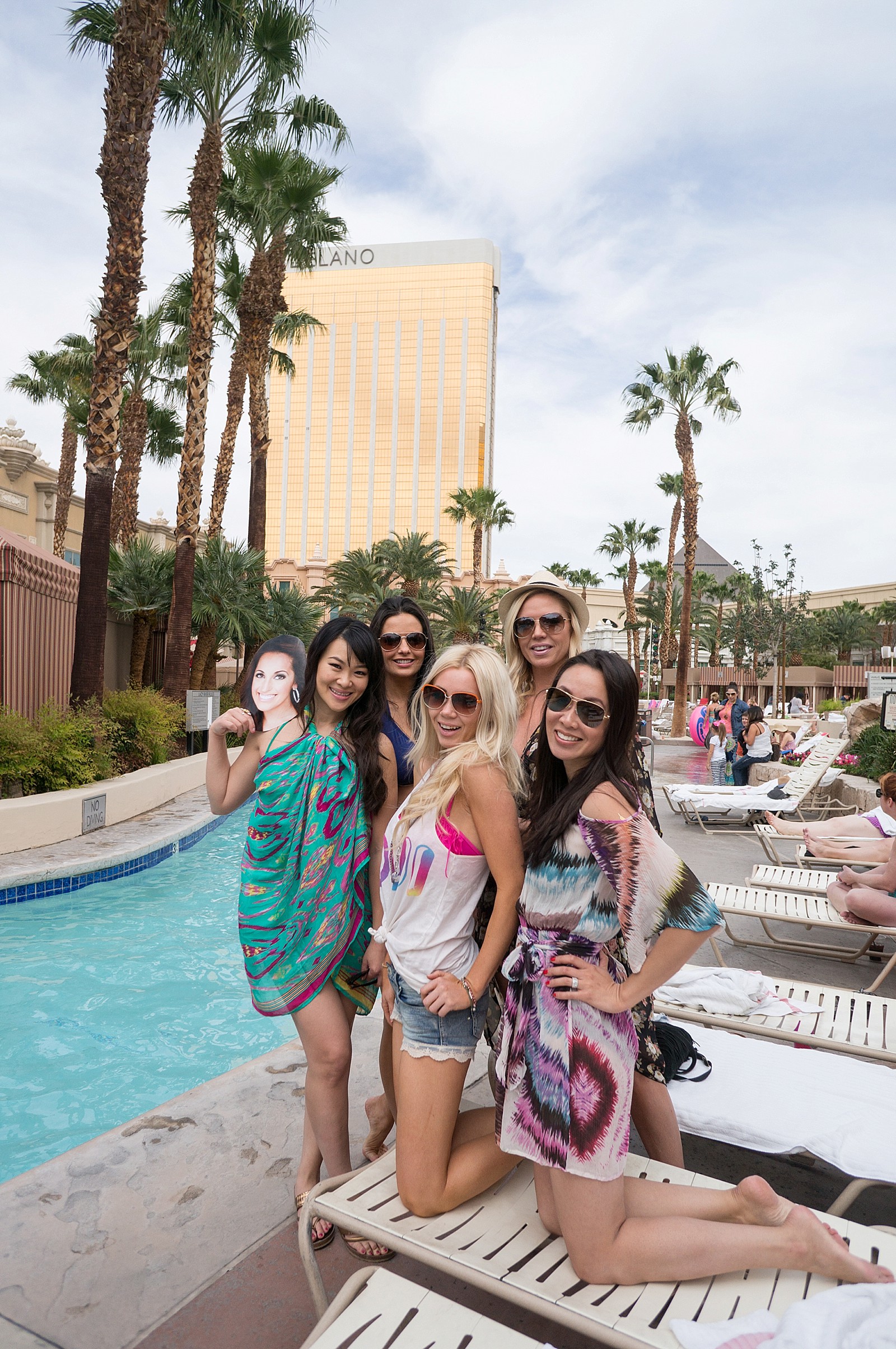 This area has a wave pool and a lazy river as you can see we sat – not our preference, but all that was available with 5 chairs in a row.

It was time to get ready for another night out. 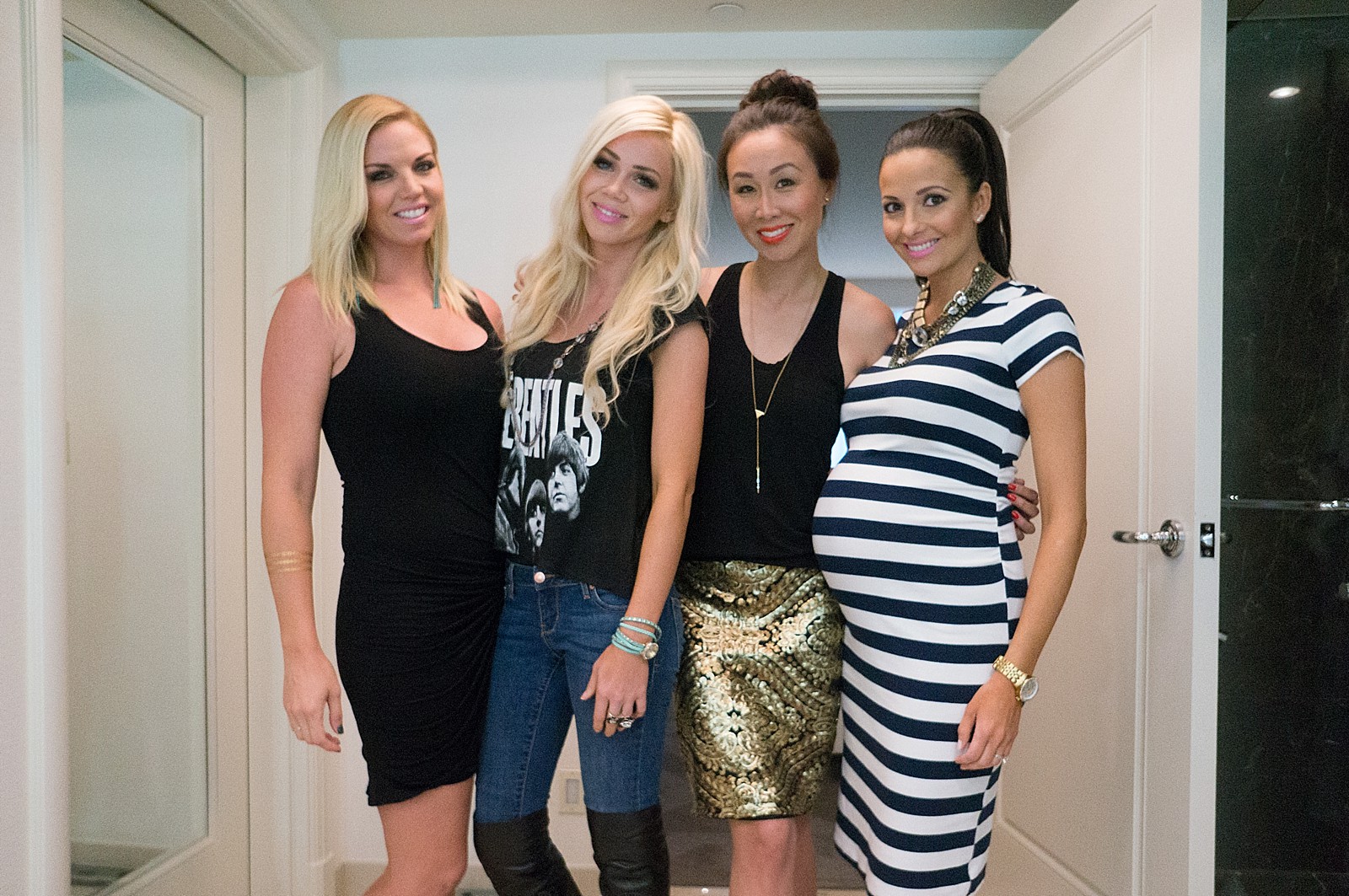 Getting ready in a bathroom with your girlfriends reminds me of college, and pageants.  Jen was downstairs doing her thing, gambling like she knows best!

Then we headed to Madame Tussauds.  Tip: If you go on a Sunday night and get the Twilight special (buy it online only) which is $17 per person instead of $30. Either way, if you buy online ahead of time, you save 20%. 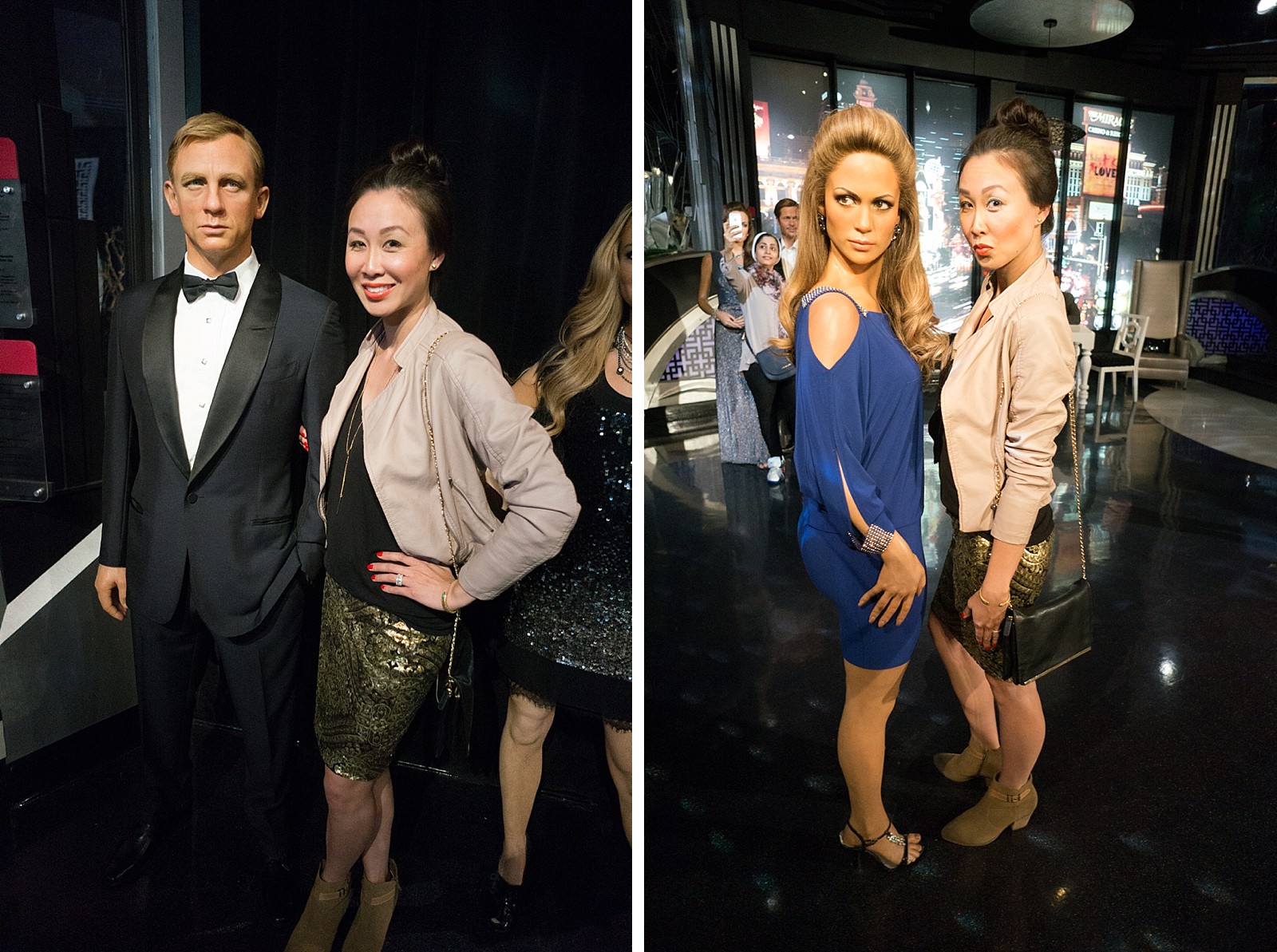 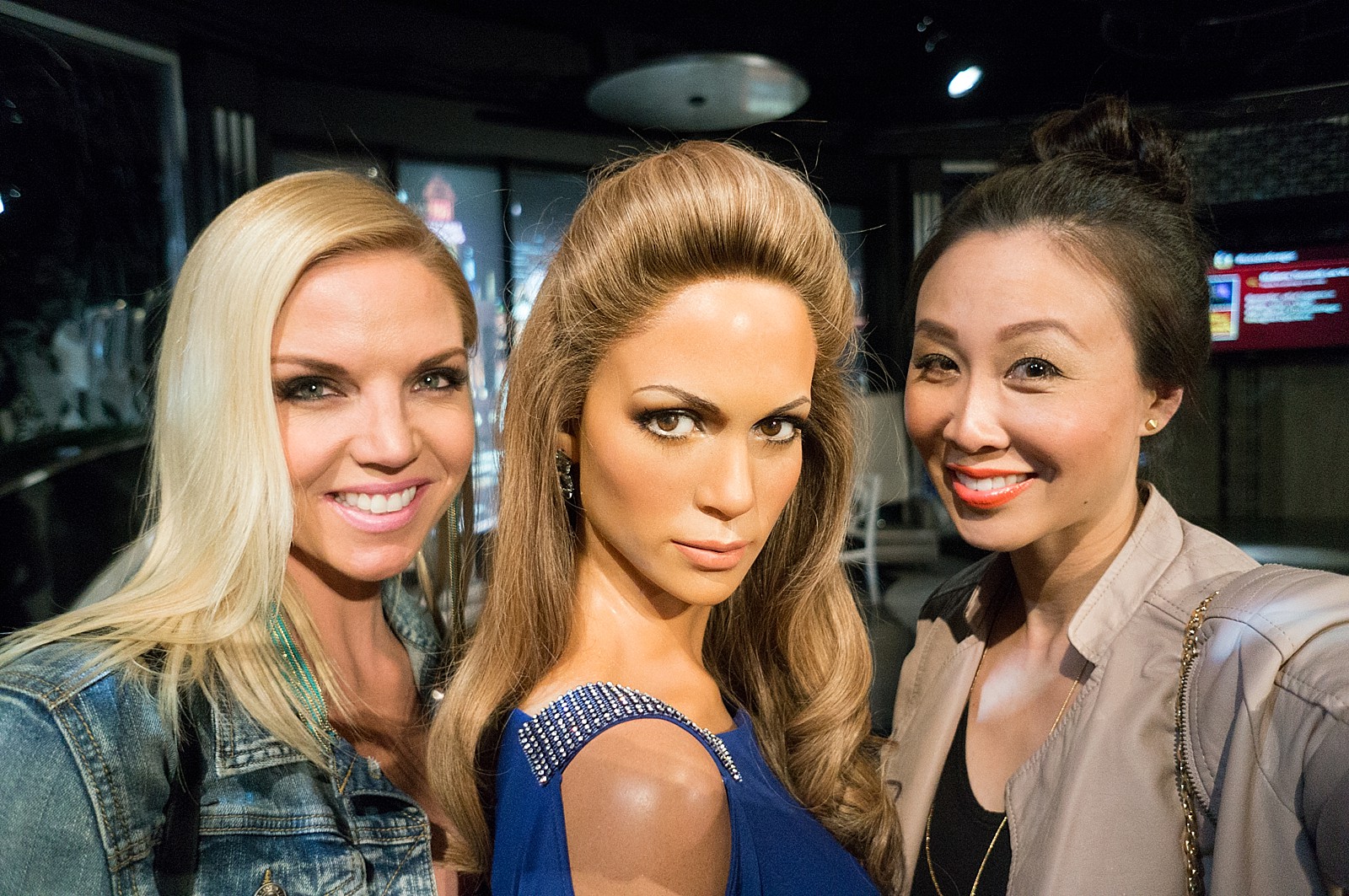 Oh I love JLo, I think she is one of the most beautiful women in the world.

And I really love this guy, he’s my childhood hero – Go Niners! I’m from Nor Cal, it’s in my blood. 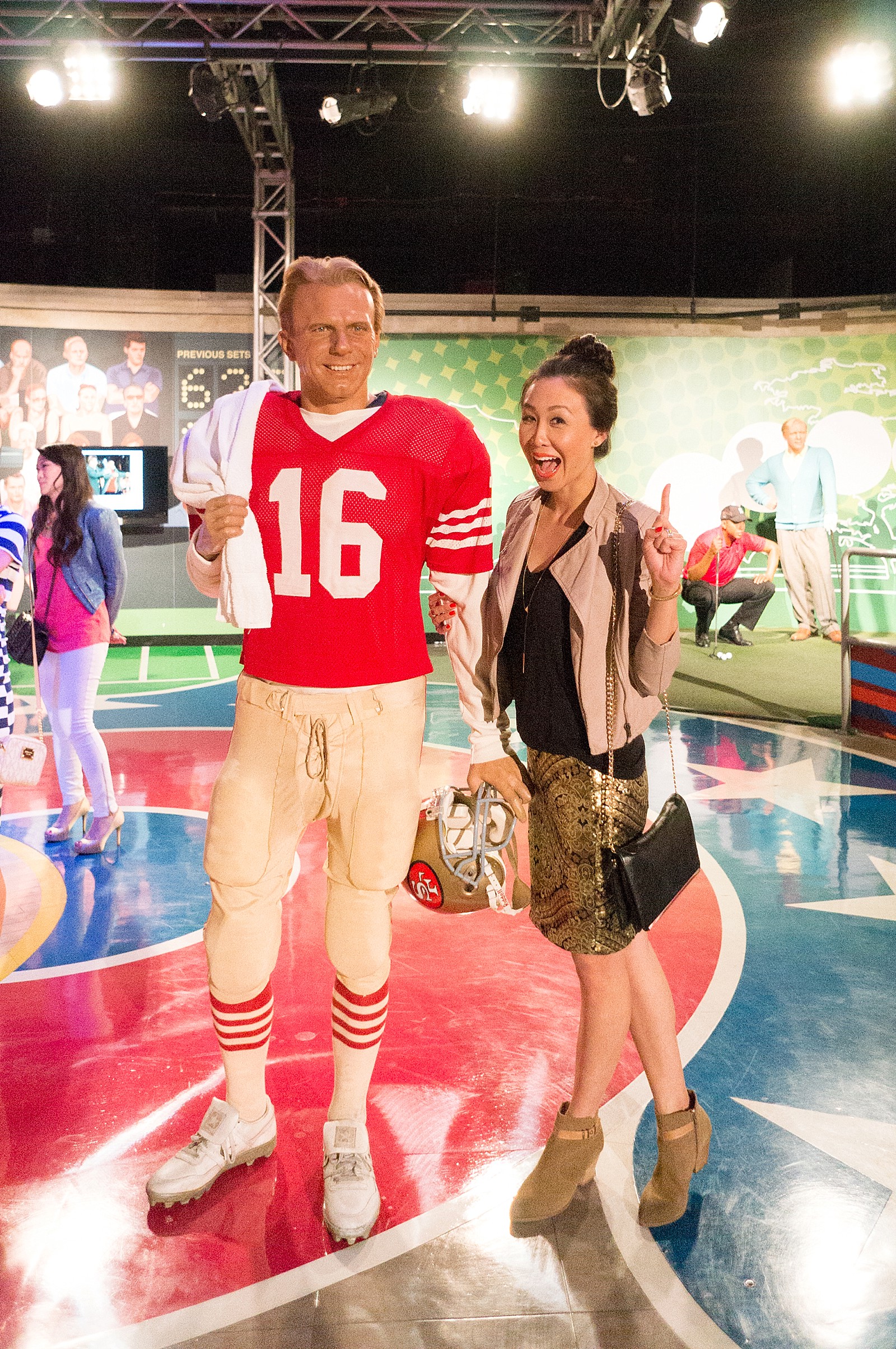 The best photo of the night goes to Melayne and Brenna. 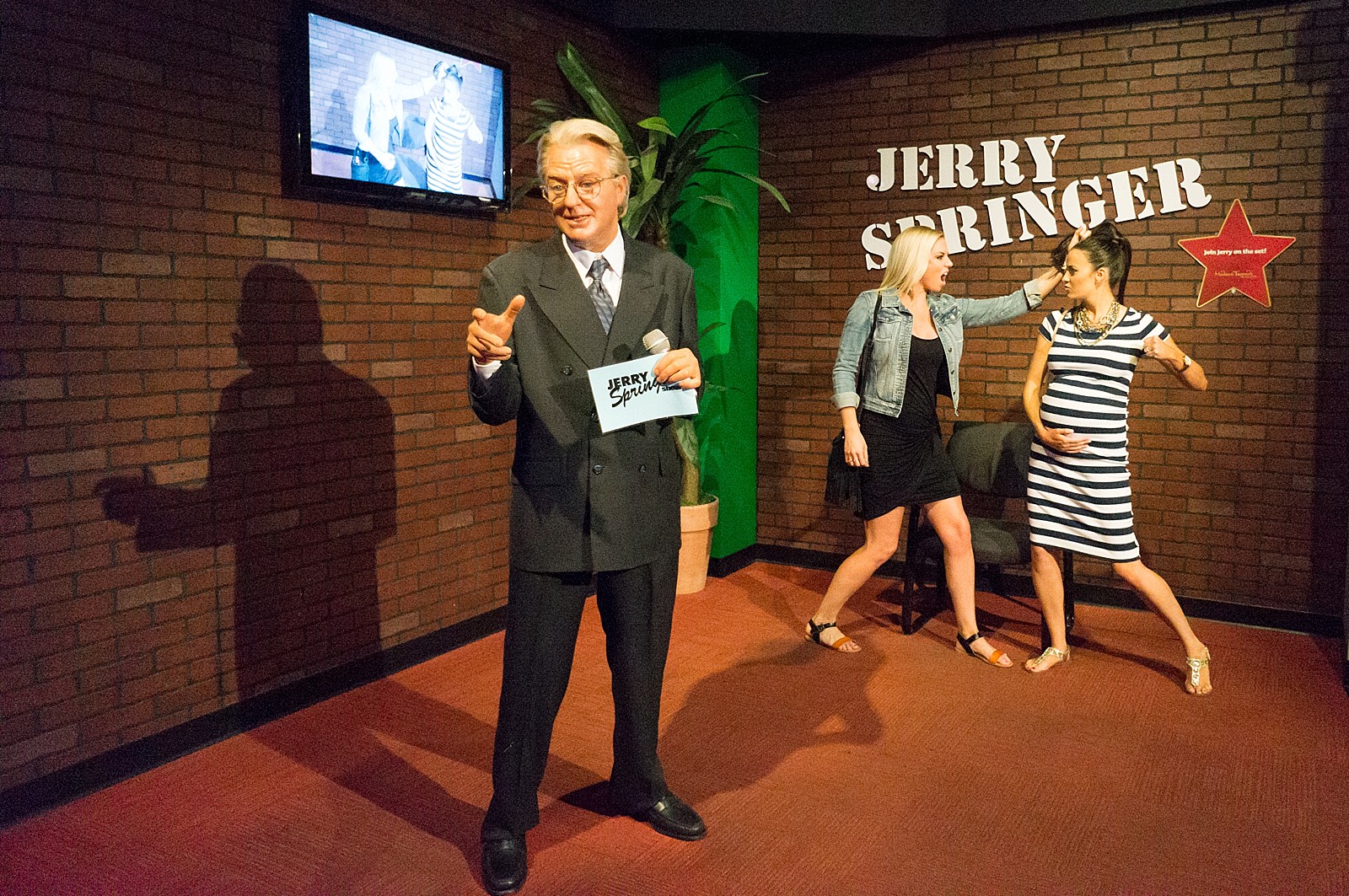 Caption this: “No my man ain’t yo baby daddy!” 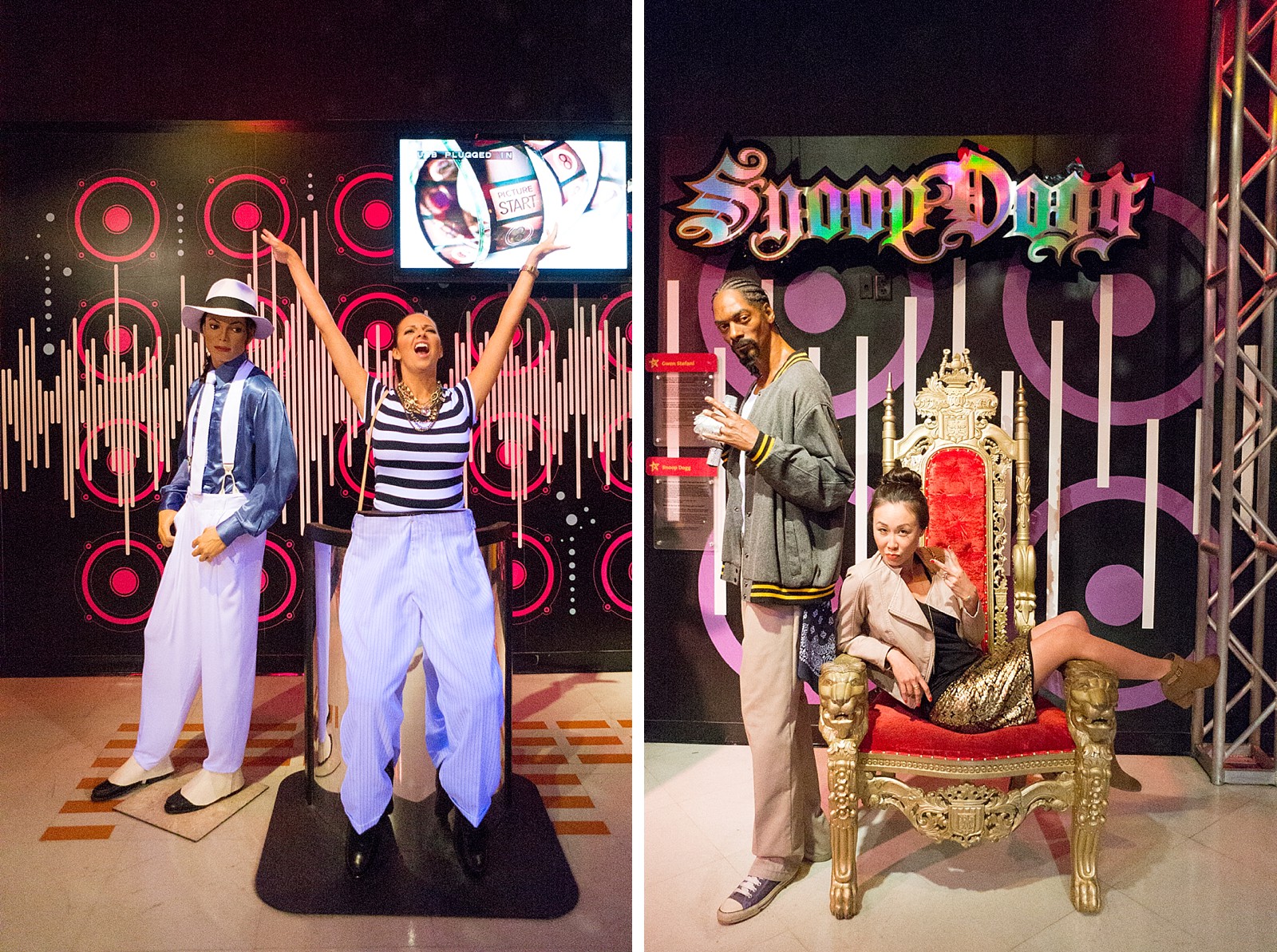 I hope you can see both fingers ’cause I’m not flipping off the camera.  I was going to do the same symbol as Snoop Dogg until Brenna said “This way, like the Sun Devils pitch fork,” and well, being a Wildcat, that goes against my grain so I did a peace sign.

Then, there was Elvis.  Elvis makes me think of my dad, because he loves him! Young Elvis was so handsome wasn’t he?  This reminds me of my time in Graceland which was so fun! I should blog about that one day. 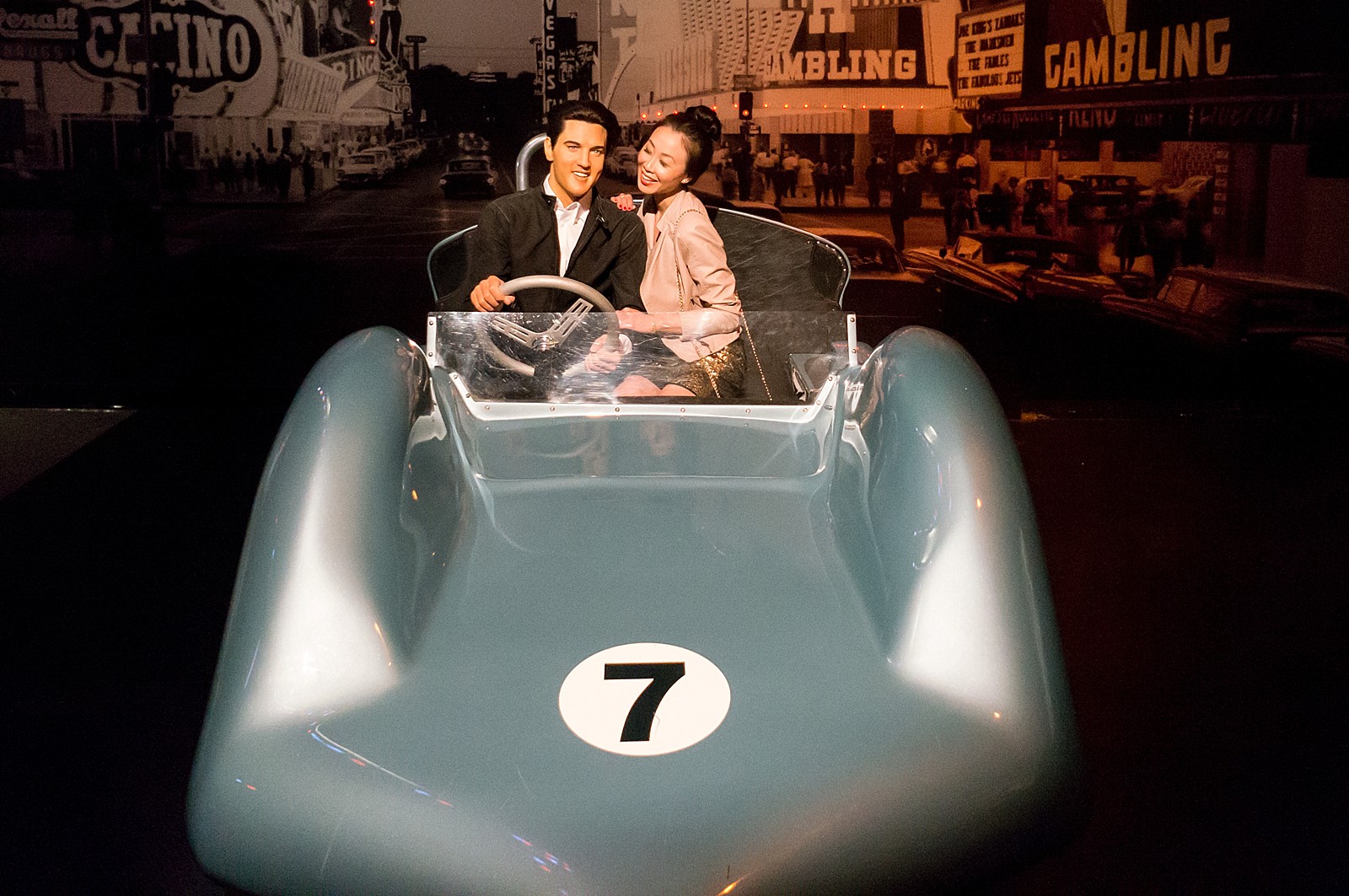 A photo by Napkin Nights (not this one) appeared on TMZ.com – I found out because friends started texting me and I had no idea who he was, really! Moving on.

At the end of the Madame Tussaud’s museum, we watched a little 4D Marvel show – 4D means they shoot stuff at you like water and jab you while you are watching.  It’s similar to The Bug’s Life show at Disney. 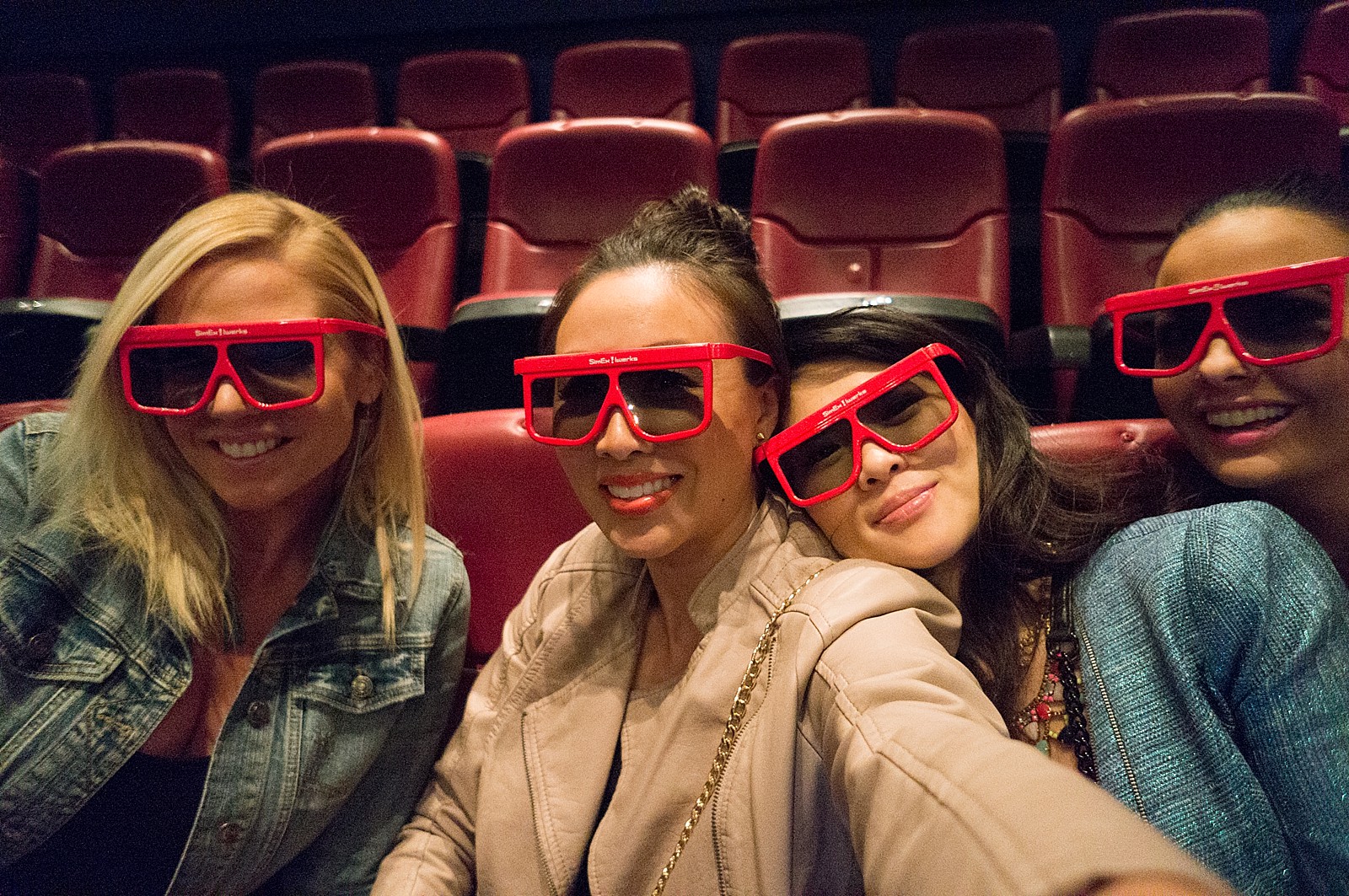 We ended that night with great Chinese food at Noodle Asia at the Venetian which was authentic and hit the spot for all of us.  I had the BBQ pork and duck on rice, and thinking about it is making me hungry.

We sat around and talked for an extra hour, then we walked around for gelato and sat down and talked for another hour – spilling our hearts, confessing stories, laughing, a little crying, but lots of support.  As Sommer said, it’s those kind of talks and transparency that connects souls. 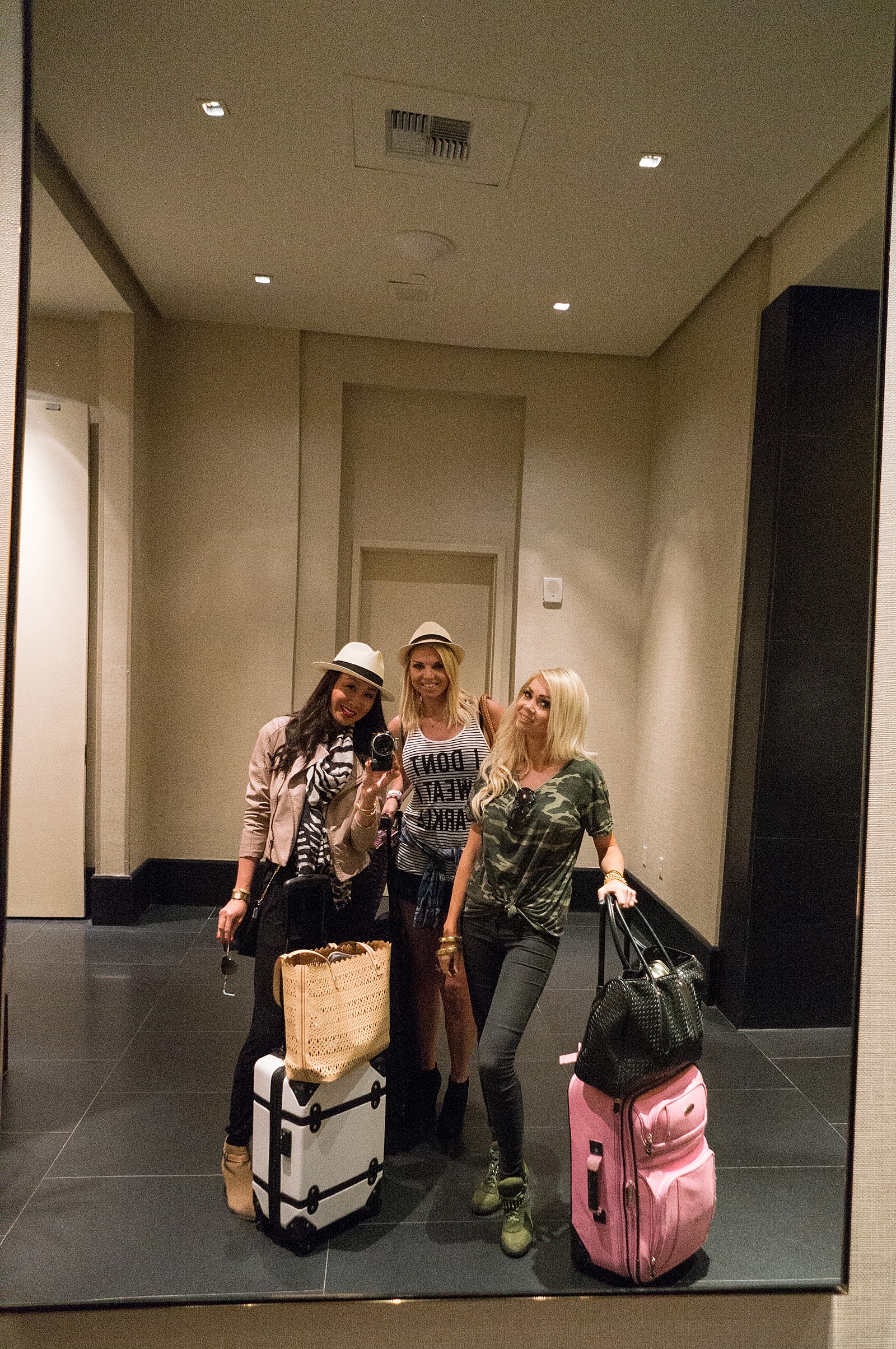 We continually walked by Michael Jackson ONE show and there were 6 sequential shots of him that we wanted to do with each of us by the end of our trip – perfect hat? Panama hat by J.Crew.

So long Vegas, it was great catching up with you.  Thanks for hosting memories for all of us and having all the fun entertainment and great food for a Vegas Girls Weekend!  Until next time! 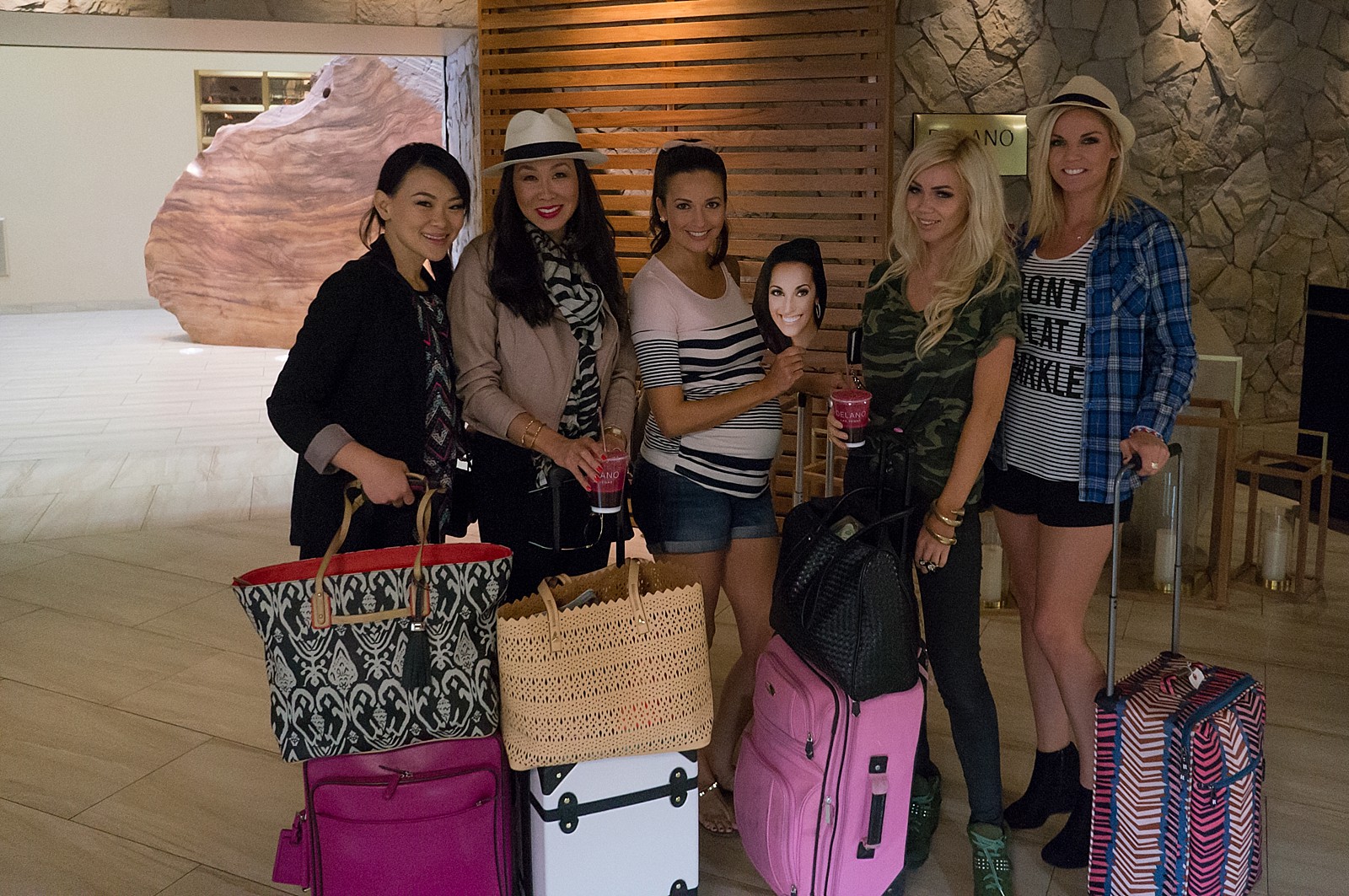 Thanks to my darling irreplaceable girlfriends who always make girl time fun and our conversations transparent that make me feel challenged and encouraged.  I love you girls so much, I love laughing and sharing happy and sad tears with you. Just going through life with each and every one of you is a gift and we are so very lucky to have each other. xx

There are 1 comment on Waking up in Vegas – Girls Weekend Trip.