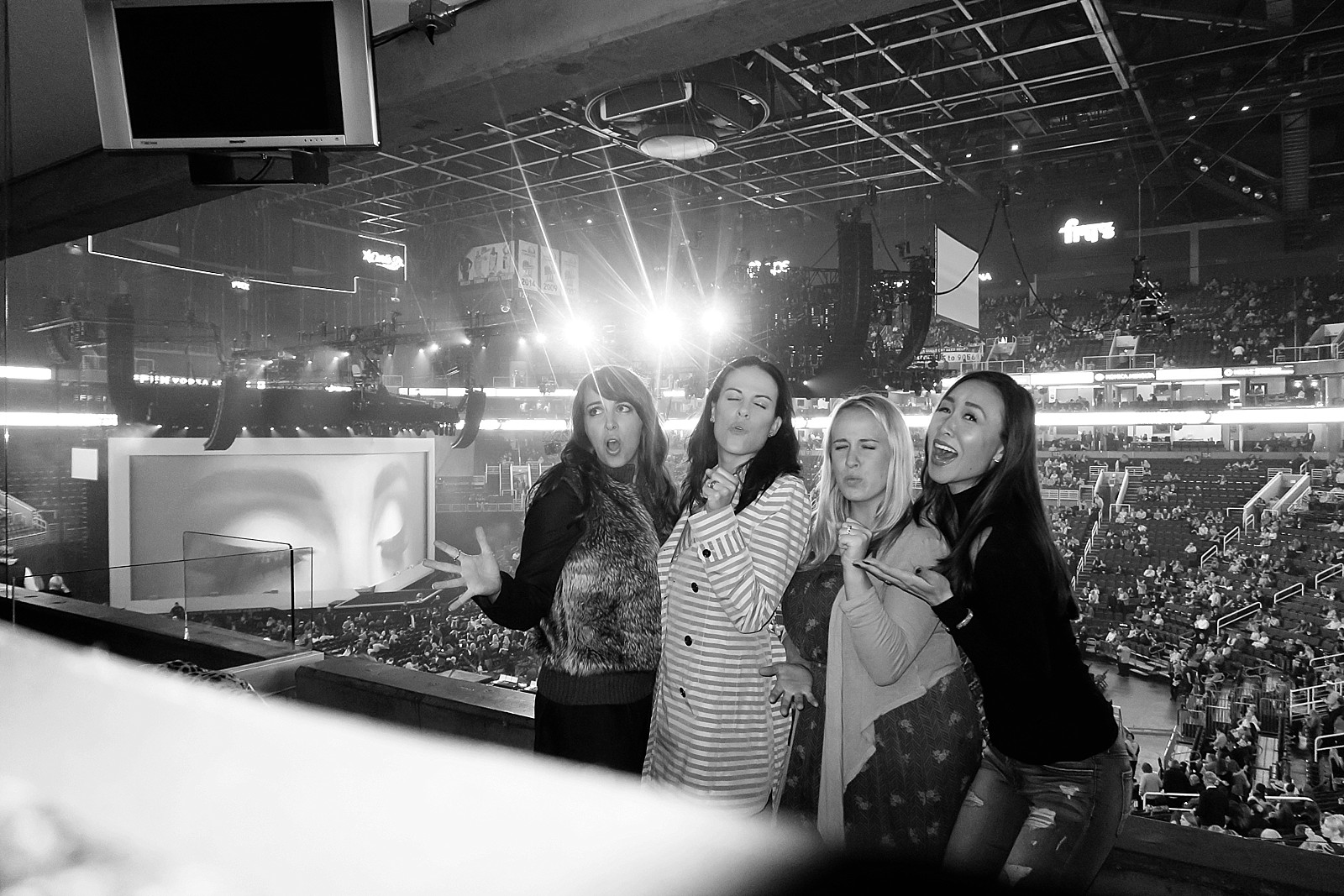 I was so glad Adele rescheduled her second night in Phoenix, it was incredible to see her live. My best friend Meagan has access to a family suite for most venues and I’m the lucky bestie who gets to come along for the ride when she invites me. Here we are as bookends with her sisters having fun before Adele took the stage!

Her voice moved me, but there was also something that stuck with me that she had said. You may have heard, Adele interacts with her audience a lot.  She said it’s habitual that she says no to everything immediately (sometimes it backfires on her) and her reason was, “I don’t want to be everywhere all the time.”

I don’t want to be everywhere all the time.

And like that, Adele gave me permission to say no. The cover of Real Simple this month was “Say Yes to No”

I had said no to a few things last month and felt guilty. It was one of those things where I wish I could help but I didn’t want to help like that, and I really wanted to lend a hand and be helpful, but just not do that. I had confided my guilt to a girlfriend and she said took it away by telling me someone had told her, “Start saying no to things you don’t want to do.”

So I was thinking, since I feel like other people have to give me permission, I’m going to be that person that gives you permission to:

Saying NO means you’re saying YES to something else. I hear people say, I don’t have time, blah blah, but yet I see their time spread all over the place doing way too much.

So yeah, you don’t have time to work on these hobbies or travel because you choose to obligate yourself to a ton of less important stuff.

So yeah, you don’t have time to work on these hobbies or travel because you choose to obligate yourself to a ton of less important stuff. Start saying no to things you don’t want to do but aware that sometimes though we don’t really want to, but we could or should at the same time – if you catch my drift.

Like we should always help – a friend move, drop off a meal, being present, cultivate the desire to make others feel special. You can say yes while protecting your interests – you’ll be able to give a better version of yourself when you decide to say yes to the things you really want to do!

Here’s to a new year of saying no, so you can say yes!

There are 1 comment on Adele gave me permission to say “No”.