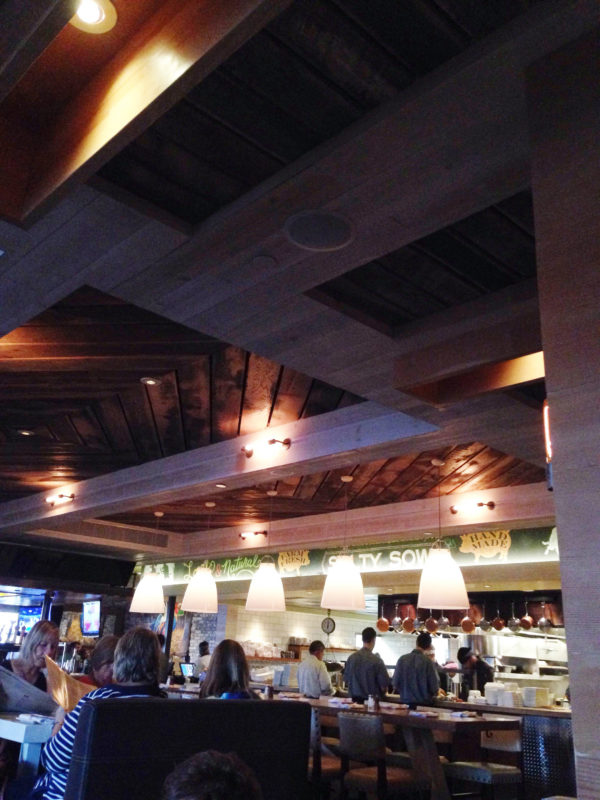 I love to eat, I just don’t like to cook.  So lately, Mr. Wonderful and I have been eating out often, which is just fantastic!  Phoenix is known to have some really great restaurants, especially in central Phoenix area where we live.

After church, Mr. Wonderful said he wanted to eat at Olive Garden (it was close by).  I thought, you know what, as much as I love those breadsticks, I really wanted a farm to table restaurant, so I suggested we head back to Salty Sow which is just across the street from church.  He agreed.  Now you say “Sow” like “Sahw” it’s a pig.  Not “sew” like it sort of looks like.  Just a tip.  I had no idea, but my farm boy husband corrected me.  They have a location in Austin and Phoenix.

First, the truffled deviled eggs of course, and the sow-style smoked Atlantic Salmon to start. 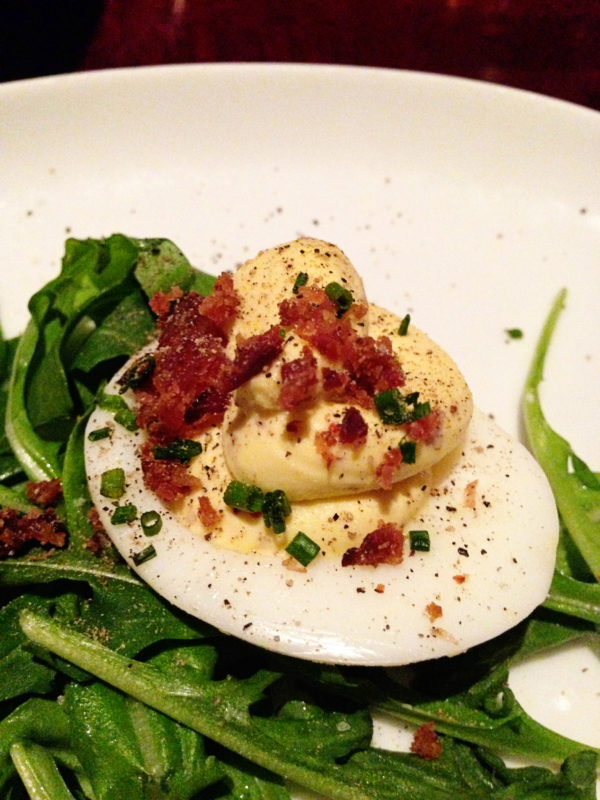 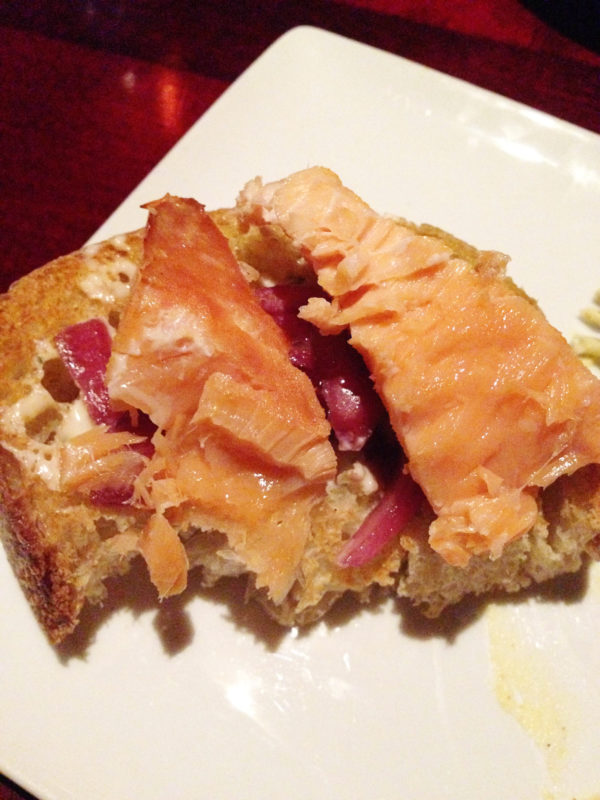 We decided to split the Lamb Burger. I like splitting and ordering more things so I can taste more.  I get so bored of eating one thing. 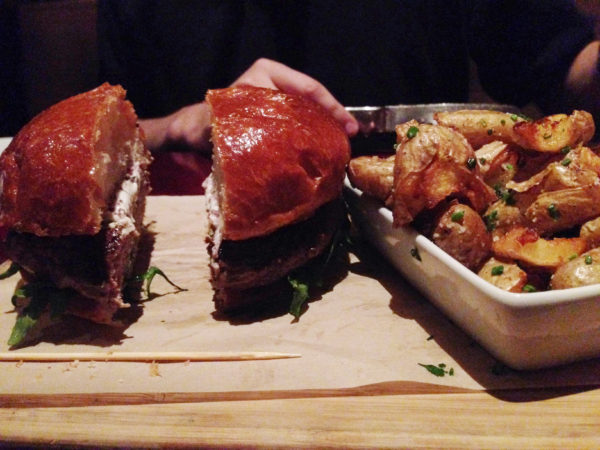 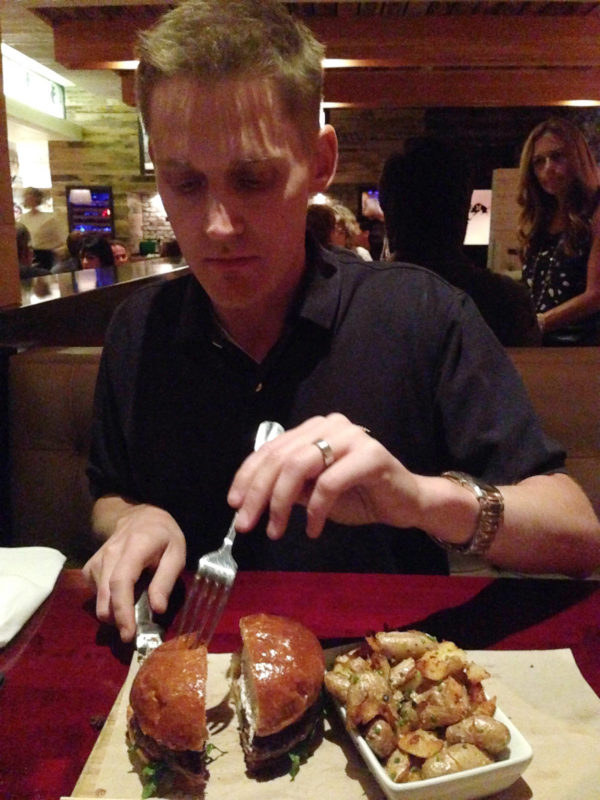 Benjamin did not want me to take his photo.  But then he said he’d rather have his taken photo than be the photographer.  Apparently I’m overly correcting him, even on my iPhone pics. Can’t help it.

My favorite places for all meals is my neighborhood LGO Grocery.  They have locations in So Cal, Pasadena area. 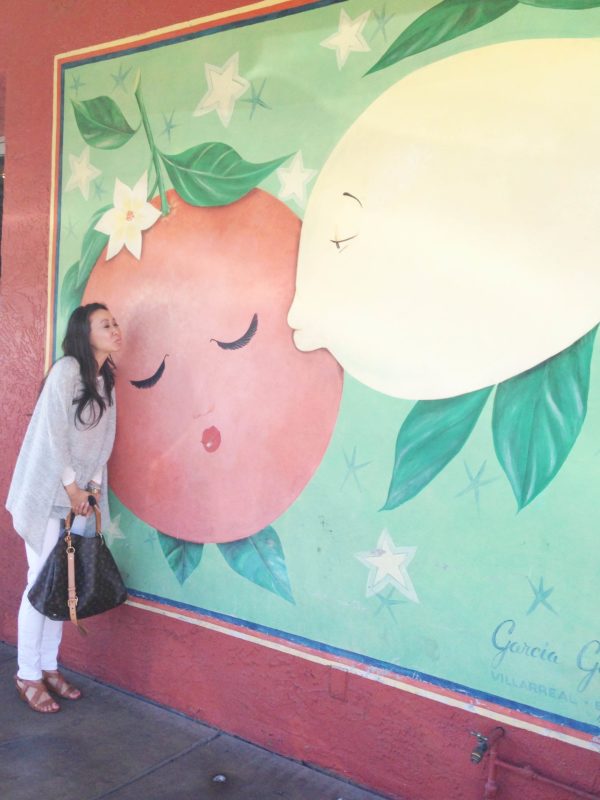 Corn Pizza has become my favorite over the margarita which is still a great classic. 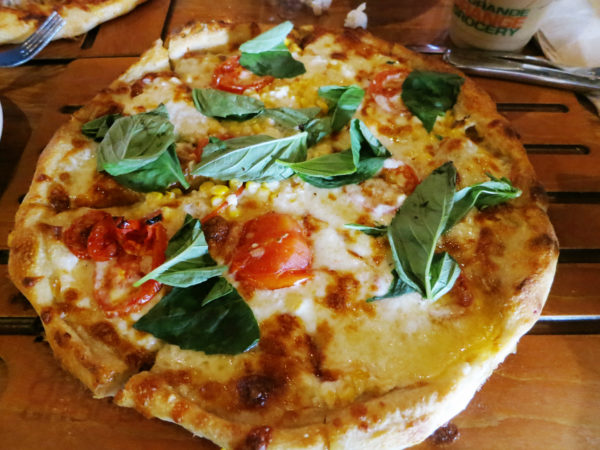 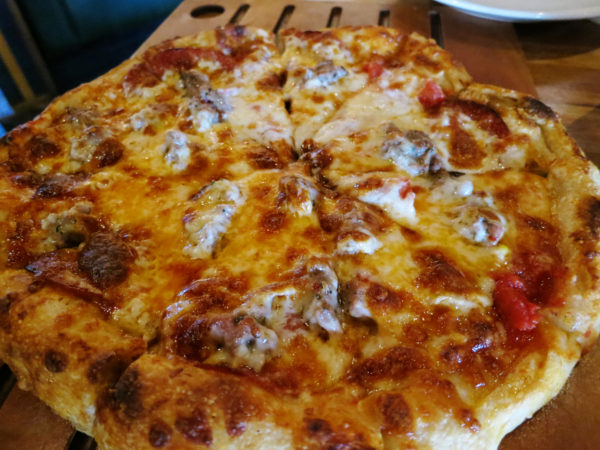 The gladiator is also fantastic if you really need some meat in your pizza, this has sausage.  LGO was where Mr. Wonderful and I had our first date.  I am also crazy about their coffee – iced vanilla latte.  Brenna loves their iced honey latte. 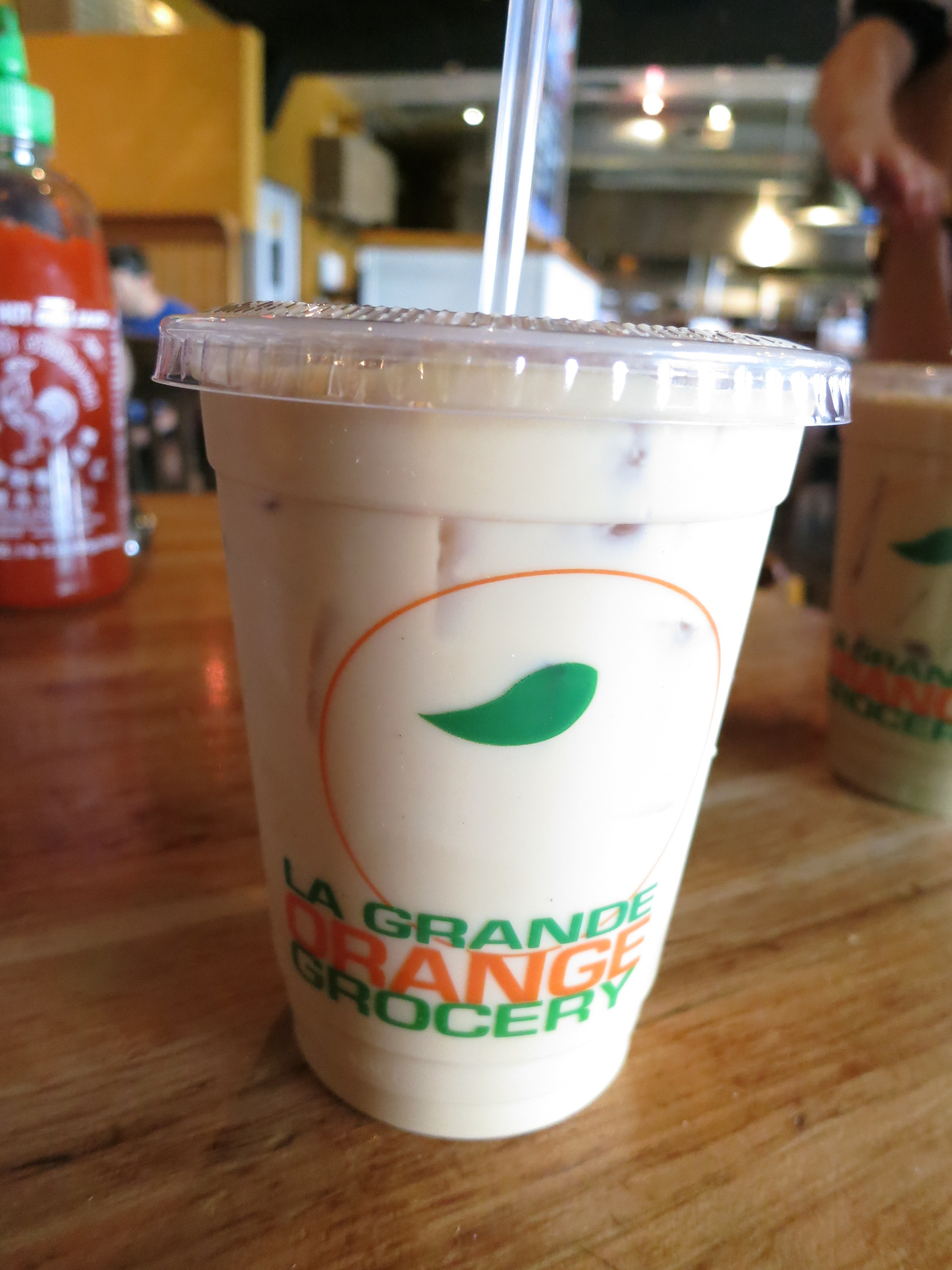 Another night we headed to our neighborhood Tarbell’s.  Chef Tarbell was the winner competitor of the 5th season of Iron Chef America.  It is absolutely amazing here – there’s a lot of older fancy people there, so dress nice. It’s a very posh environment.  You should also make a reservation.

We started with the purple kale salad.  I would say if you’re a hard core kale lover, you’d really like it.  Their website has recipes!!  Check it out here.

However I enjoyed the daily soup which that day it was mushroom.  I am craving it as I am looking at it now.

I forgot what Mr. had. It was probably salmon.  He’s half Alaskan Grizzly bear.

As for me, I gravitate towards lamb and duck.  So when I saw the lamb, I had to have it.  Lamb tastes better medium rare.  I know this might scare you, but I swear when I flipped the slices over it was more brown on the other side.  I’m a Northern California girl, I like my meat medium rare.

Ah, the adventures of eating out in Phoenix.  Sometimes I wonder if customers think I’m a weirdo when I take photos of my food, no one would assume it was for blogging.  They probably think I’m just another Asian taking photos of their food for Instagram.  Ha.

There are 4 comments on Crazy good eats in Phoenix.