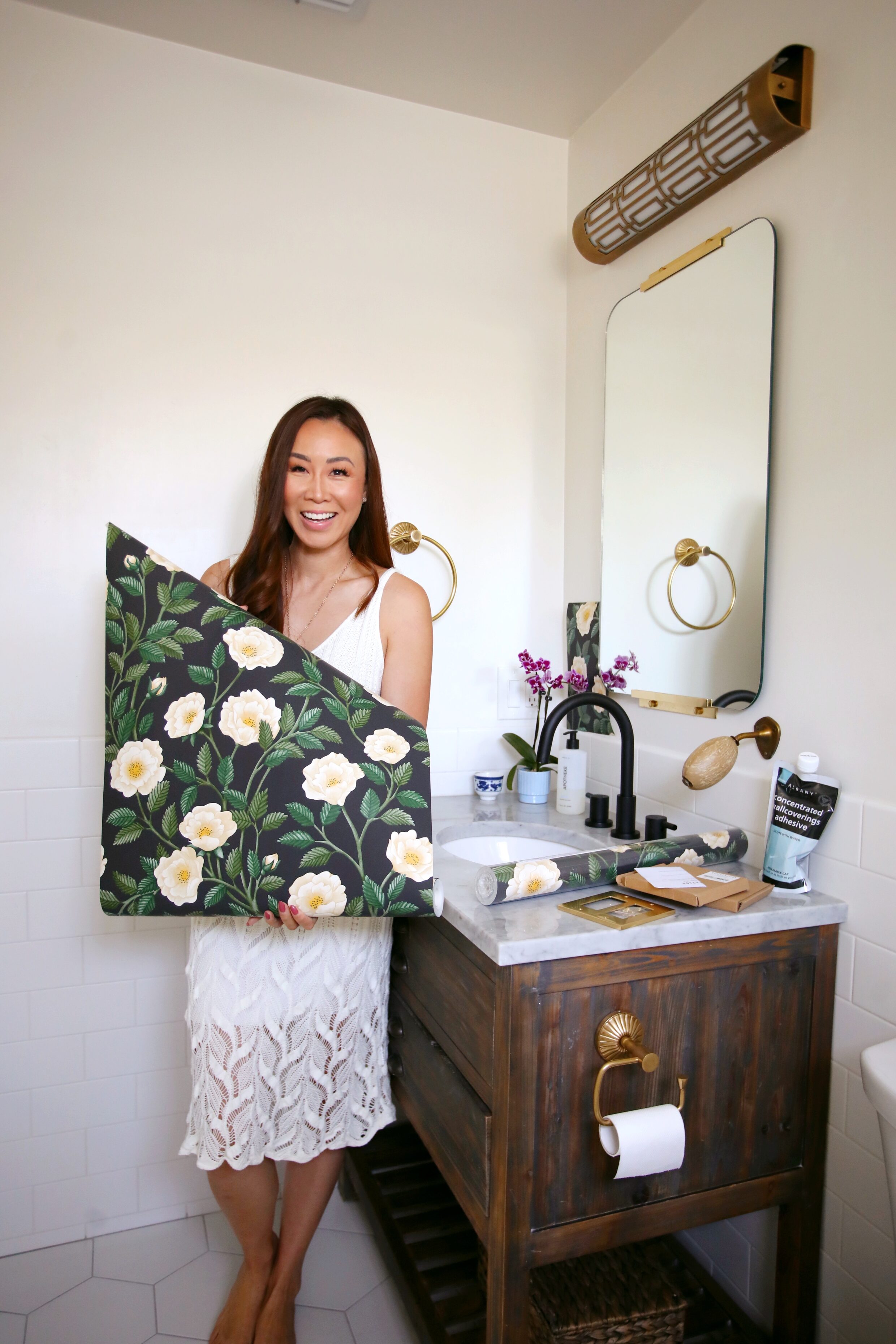 I
finally found wallpaper for the project I was starting with – the guest bathroom in the garden room (expansion). That was completed over two years ago and I never touched it again – in fact we still haven’t installed the shower glass door that has been sitting in the photo studio! It came finally and the day before I called and said don’t install it, just drop it off.  I need someone (a photographer) to stand in the shower and we use this bathroom for shoots and it’s too small if we put the shower door in there.

As you might know, I’m really into transforming my home to my style at a level 100 and also modifying my life goals this year so I thought now will be the perfect time to get it installed, need to call the guy and see how much he will charge. The glass door was $800 so I’m hoping it won’t be too much to install it two years later. 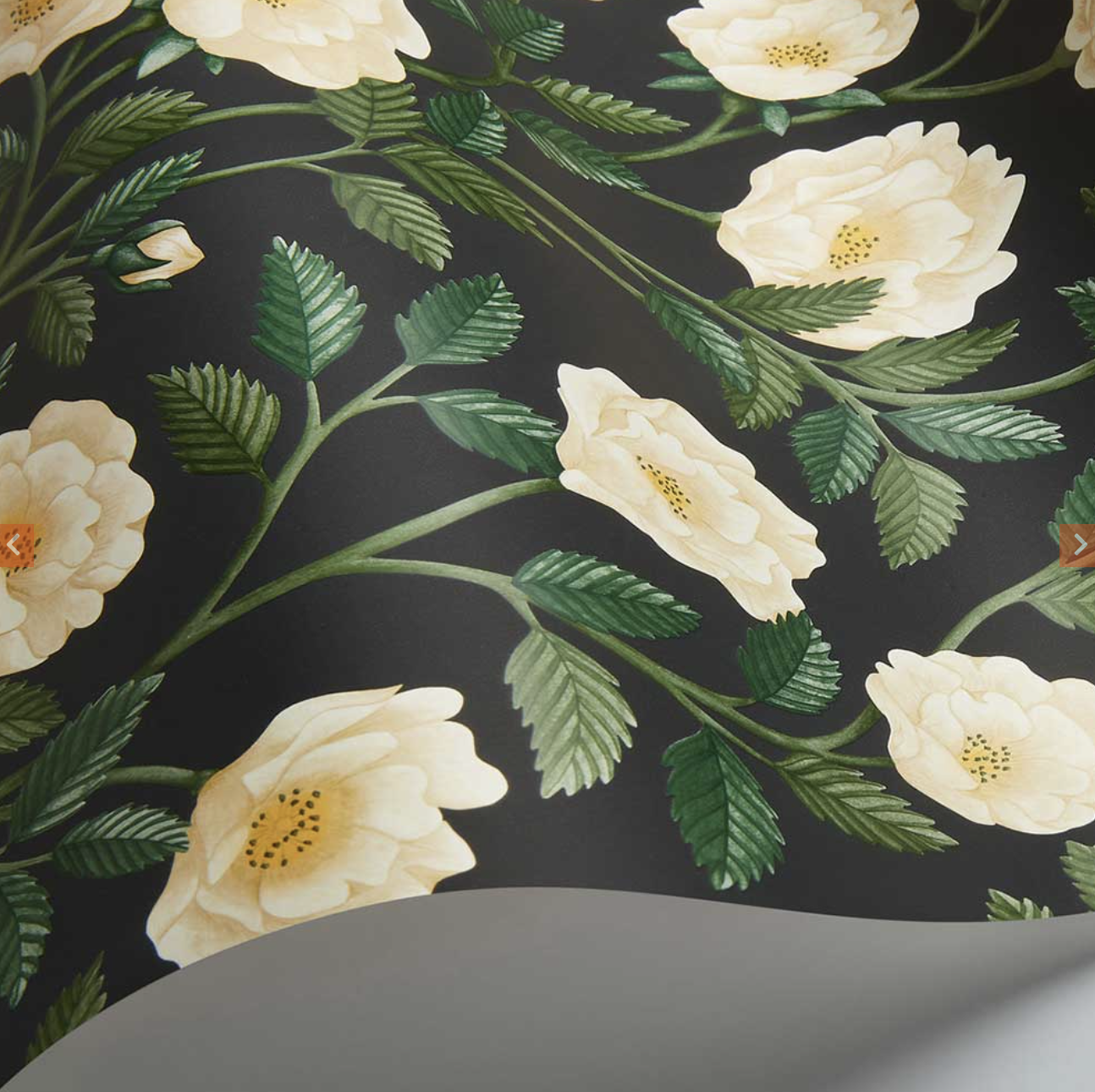 I have so many thoughts on traditional wallpaper and what I will say is DO IT. It might not be as durable or quickly removable as temporary wallpaper (and there is definitely a place still in my home for removable wallpaper) but you can’t get the designer quality and prints like you can on traditional!

If you want to see what the bathroom looks like now, visit the blog post here and also here are some photos  – 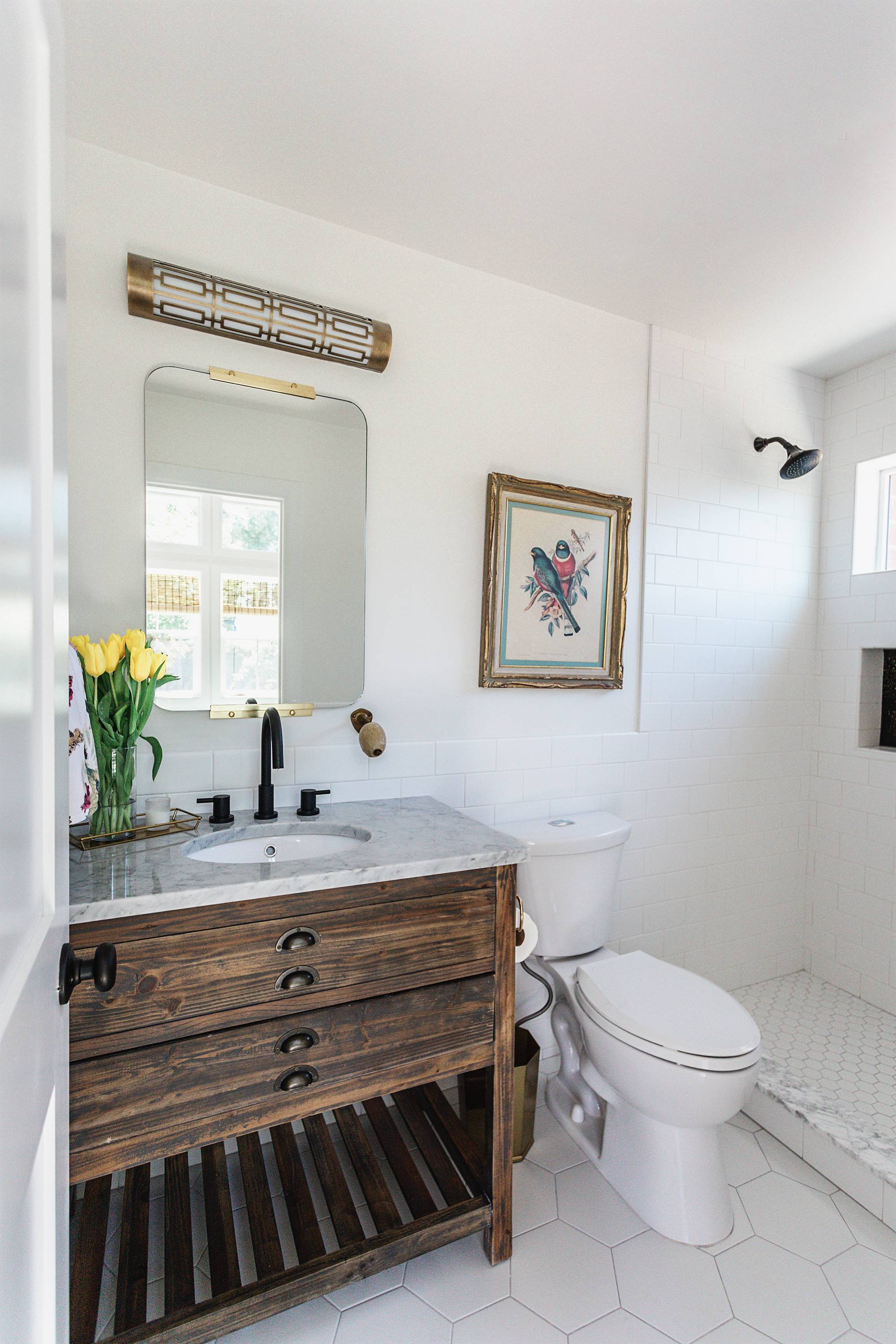 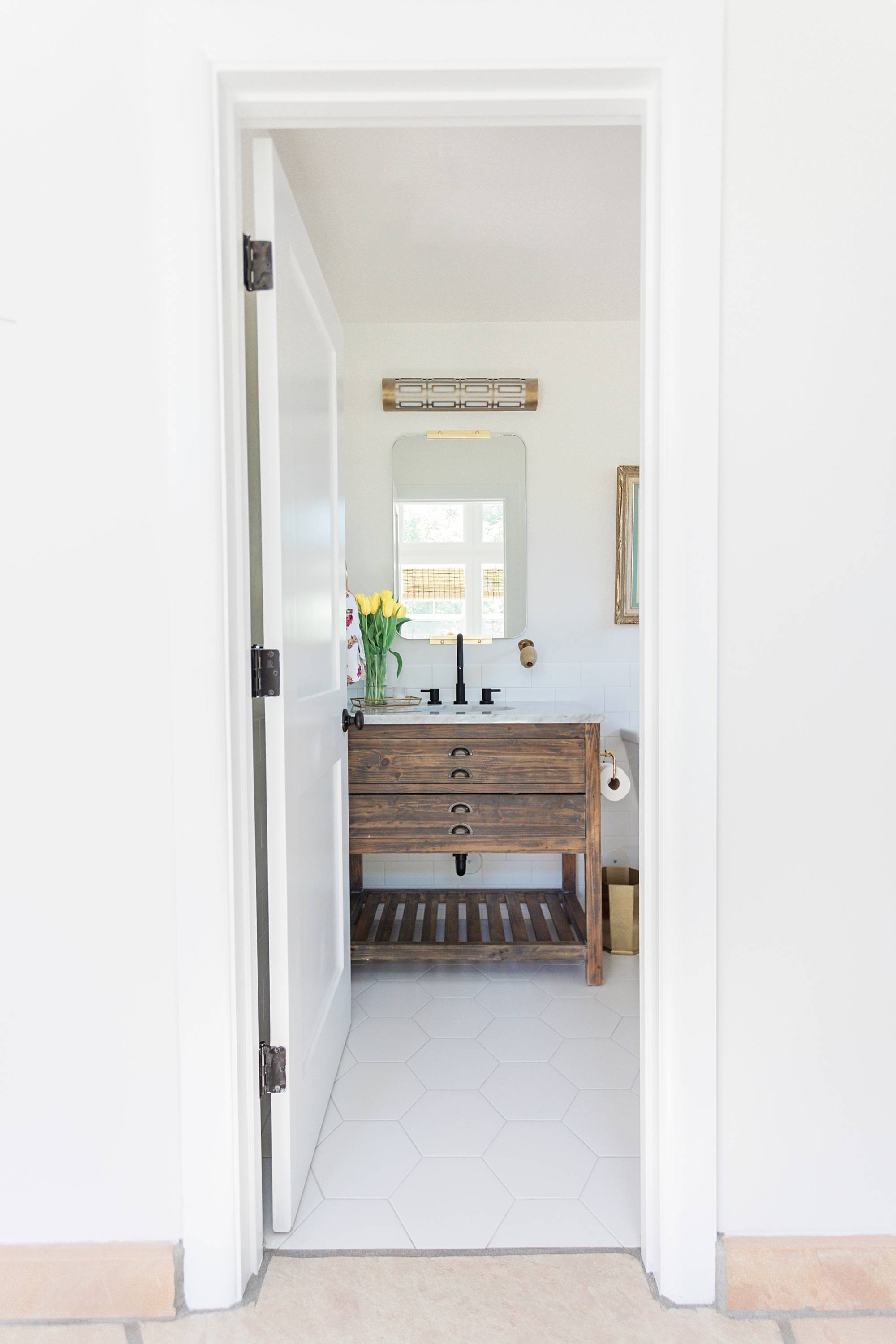 It’s cute, it’s clean, it’s white and now I’m over it and I want moody, jewel box and uniqueness that makes it fun for my guests.

I’ll be working on a blog post with my favorite wallpapers that I’ve looked at and ordered. I’m not going to lie, it’s pricey but if you have a small space which is all you need, then it won’t cost too much!

Are you convinced yet that you need wallpaper? I hope so! Stay tuned!

Diana Elizabeth had to order another roll which was ridiculous because it was she fault for wallpapering at 1 am when her brain was half functioning!

There are no comments on Wallpapering again!.