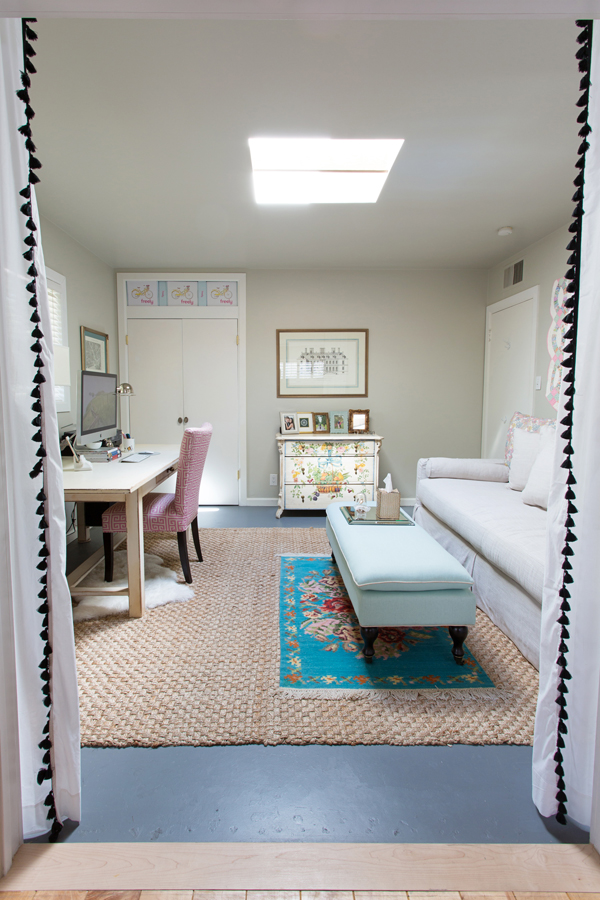 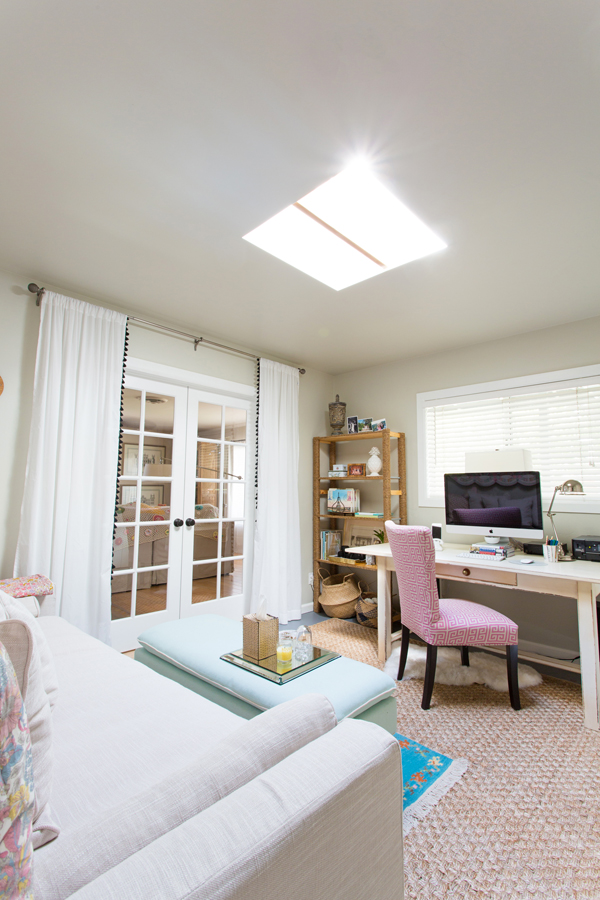 I am raising my hand and putting my hand on a Bible – I swear that I will be content and not drastically change my office space for at least a few years. Benjamin said five, but I’m going to say a few, because few just means more than one, so at least two years. *wink* I also said drastically, but taking a look around there’s not much I can change now that a giant couch the size of a twin bed is in my office, it’s not going anywhere.

So what happened to the new office since last year’s office update? 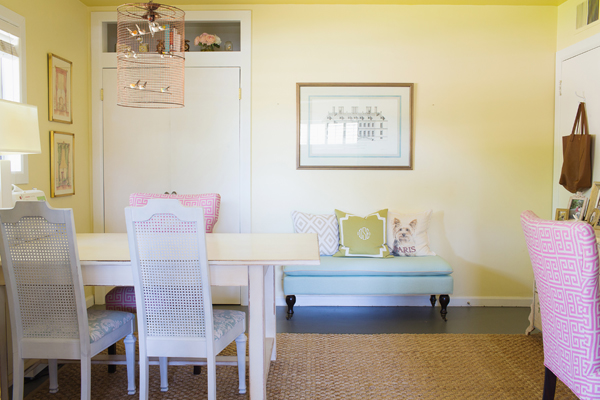 I spy Freely subscription boxes, do you see them? Here’s the updated view from the living room which I think now looks seamless with the decor.

I love the light in the room, the subtle gray by Sherwin Williams opposed to my butter yellow walls, and using a dining room table which served as my sewing and craft table (also collected junk) as my main office desk. Do you like my computer screen saver? It’s a photo I took in Northern Ireland, it needs to be sold as stock photograph I think. 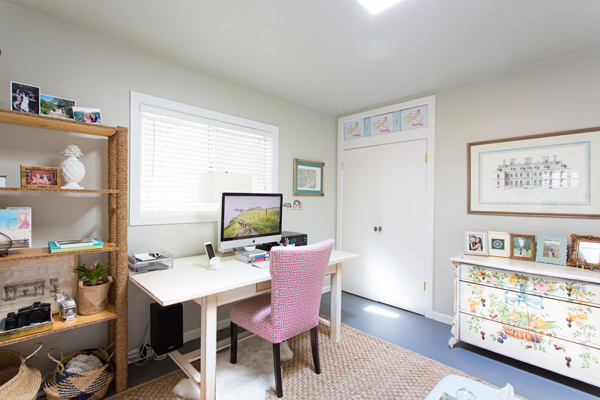 I also moved the desk to the prime location in the room, by the window which is what I always wanted. 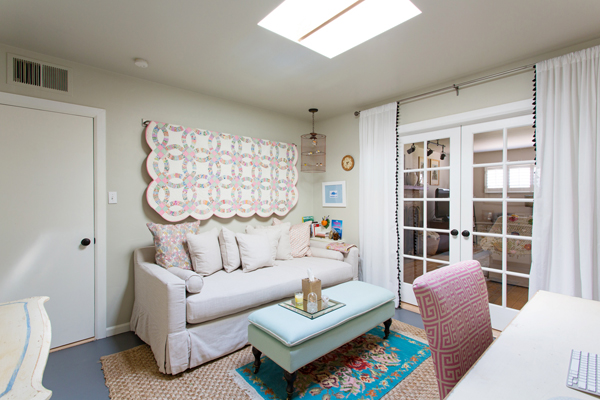 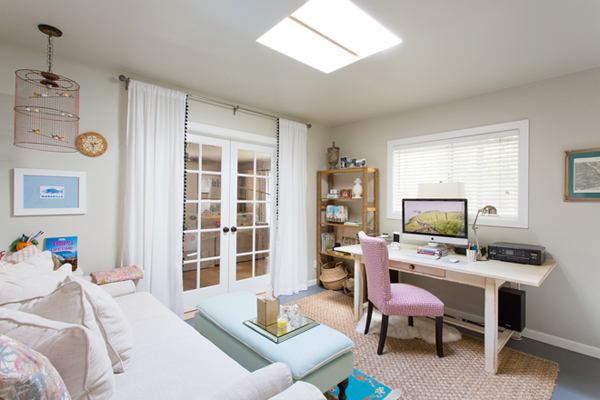 I’m still in the middle of styling my bookcase and I want a new office chair. I bought a chair cover but it didn’t fit so I’m considering sewing my own once I can commit to a fabric. I would be OK with a pink chair, just not sure if I’m crazy about the print, but from far away, like a Monet, it looks great, but up close, total mess. But for now, I’ll be content because the chair is so comfy. 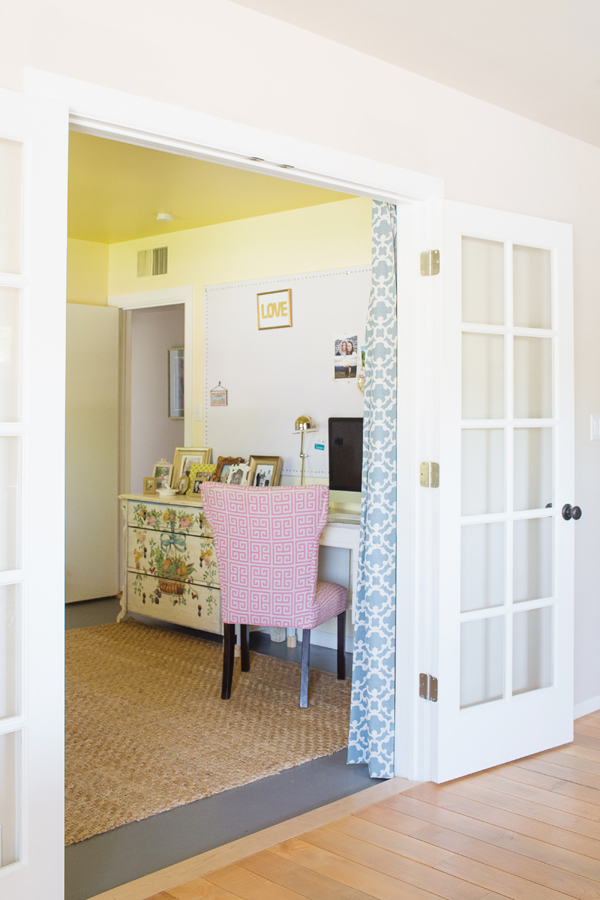 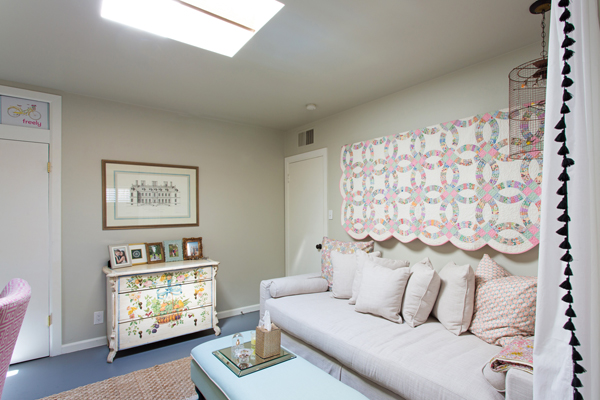 Now onto the shelving behind the closet doors – there’s a Container Store opening up down the street from my house! Use code TCSLOVE online or in-stores and get 15% off your order, click here. I’m a sucker for the acrylic organizers.

It feels so nice to be finally done, though I have a few issues with sewing space…so that might have to be addressed later!