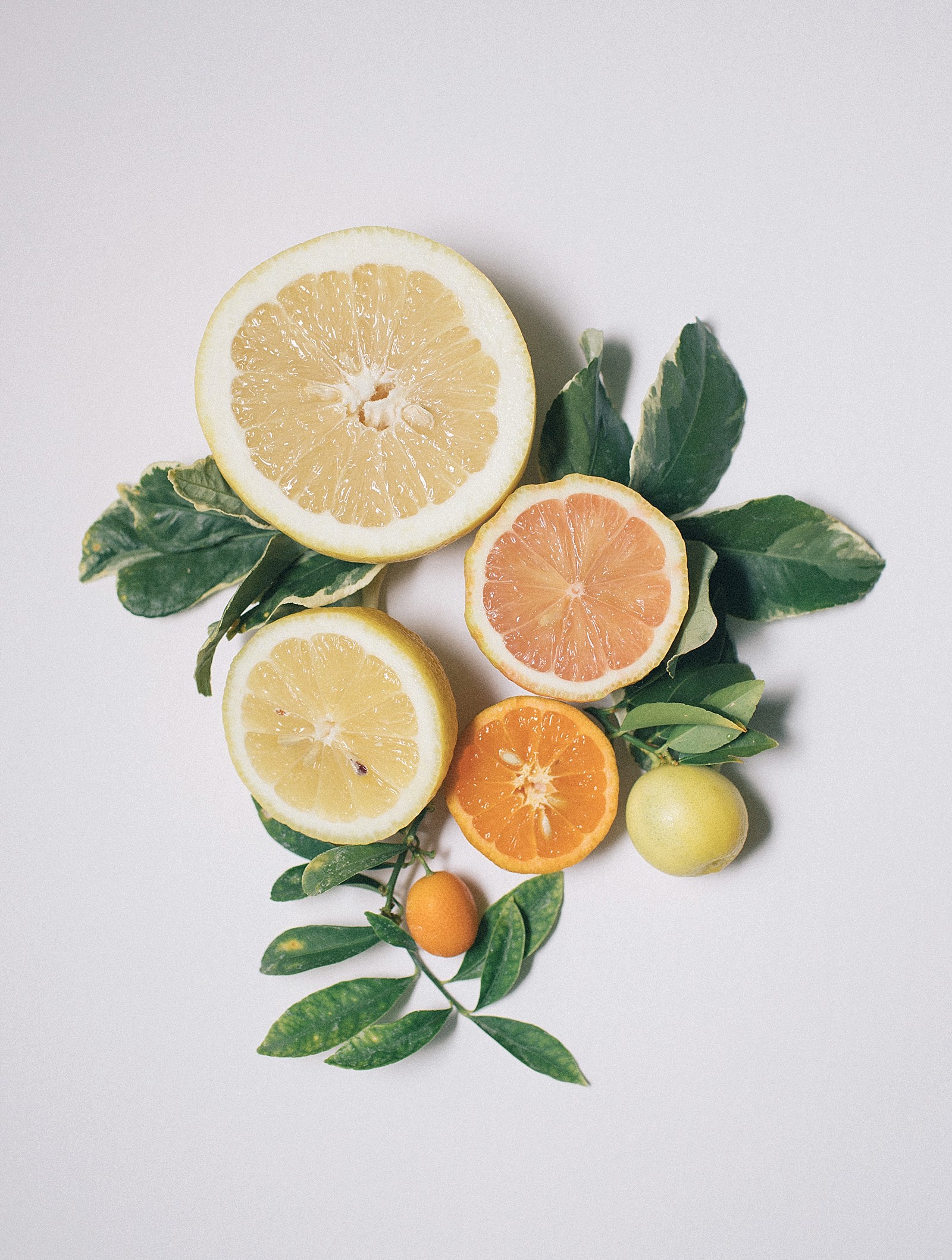 Our citrus is ready so I thought I’d show them off – especially our pink lemon. The leaves are so beautiful which I love just as much as how cheerful and beautiful the pink lemon itself is! When they are small they look like little watermelons with their green and yellow stripes. 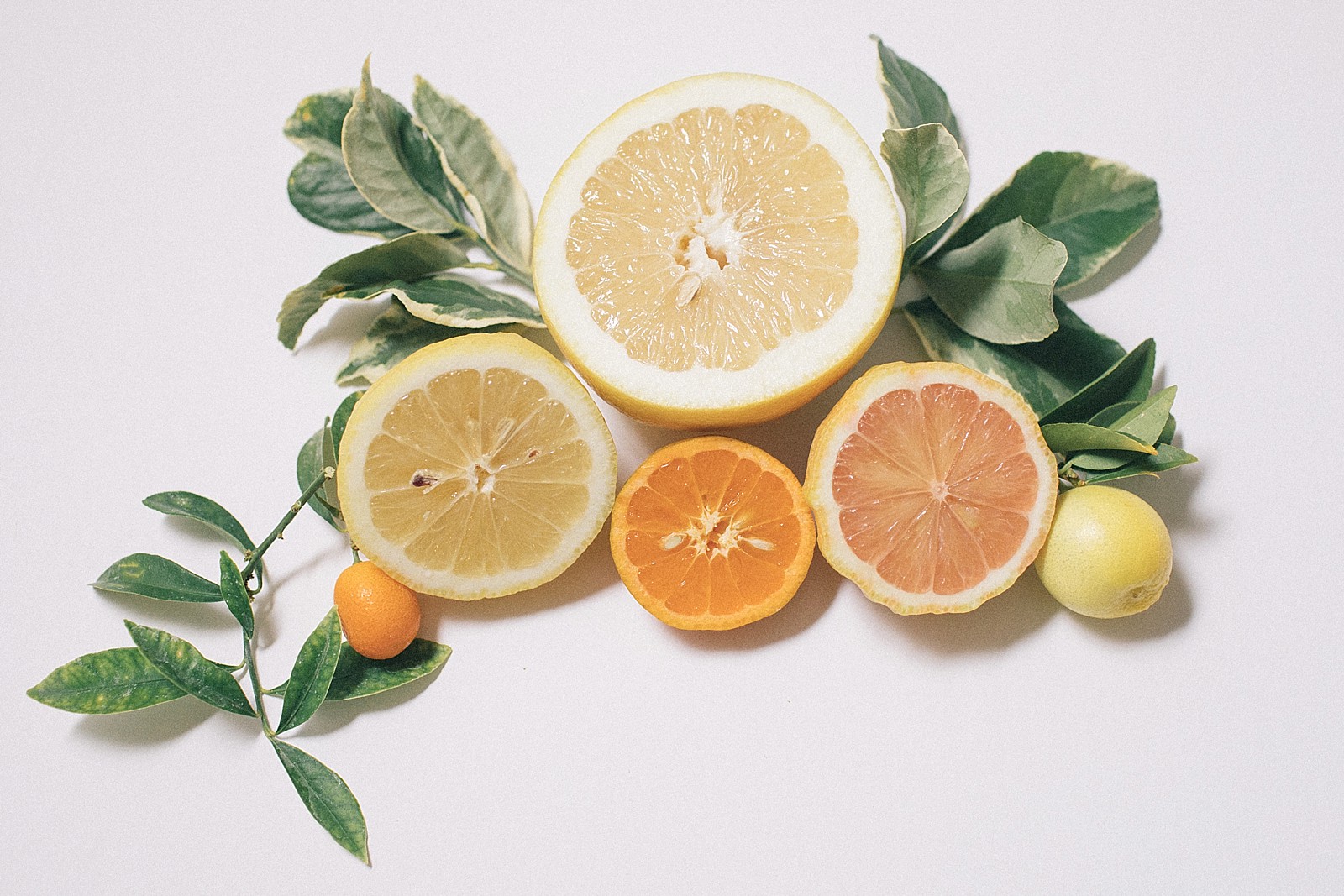 ^^ From left to right, kumquat – which has hardly grown much for us since we’ve planted it years ago, Meyer lemon grapefruit, mandarin orange (discovered it has seeds which killed me as I wanted to grow my own “cuties”), pink lemon, and key lime. The key lime is yellow when ripe but in stores they are green when they are picked. They’re pretty much the ones you put in your beers and I was not exactly expecting that but it’ll do – as a girlfriend joked that I actually got the right limes, haha!

We use our citrus randomly, not regularly – and we gift them to friends often, thank goodness they are willing to take them off our hands. 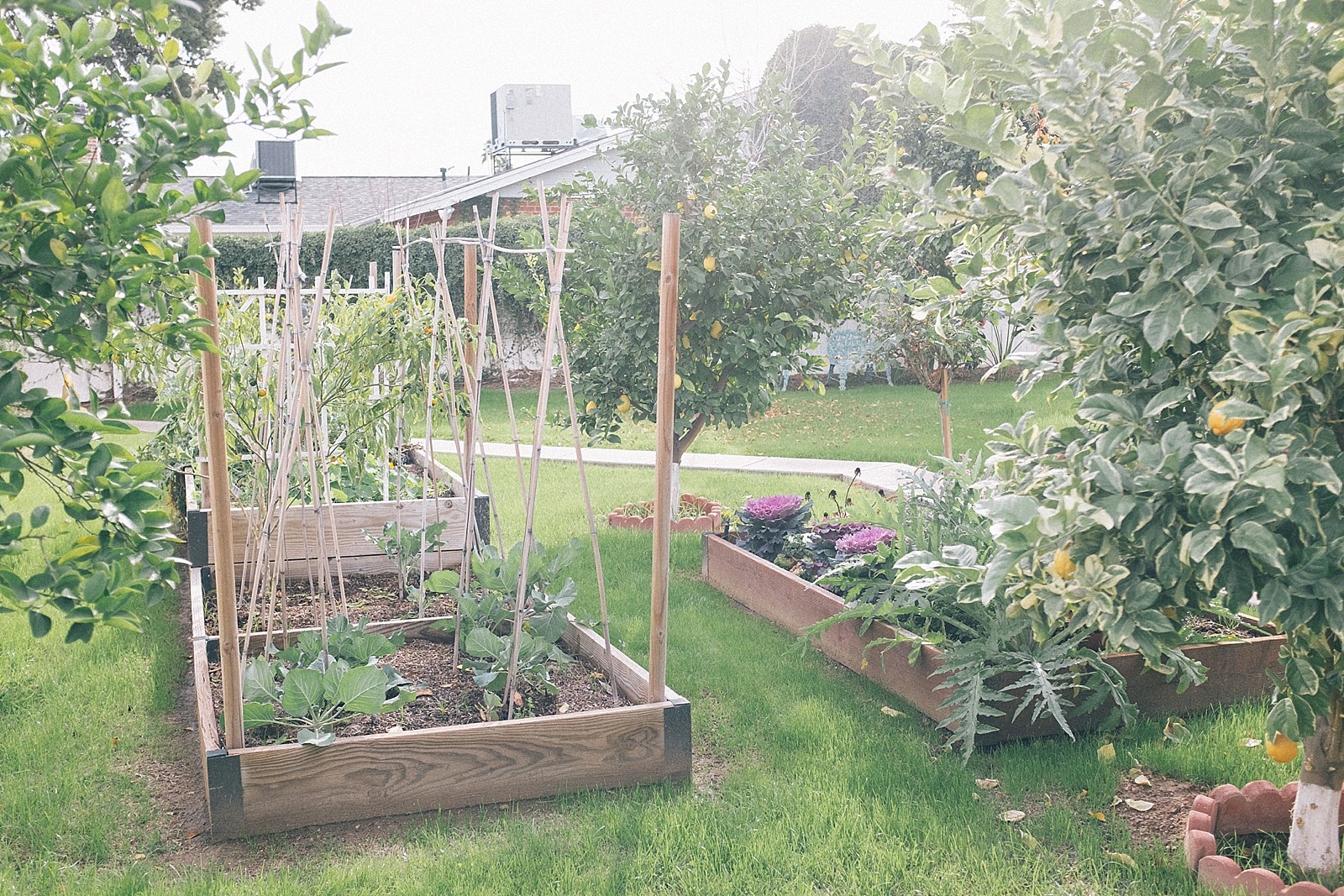 I’m growing brussels sprout which is a first for me, and the floral bed is packed with different flowers, some are out of season and have disappeared but I’m hoping they will come back next season from their seeds that have dropped.

I recently added a pink poinsettia I bought for a party at Trader Joe’s for $2.99 which I’m sure will not last much longer but I wanted to extend its life outdoors. 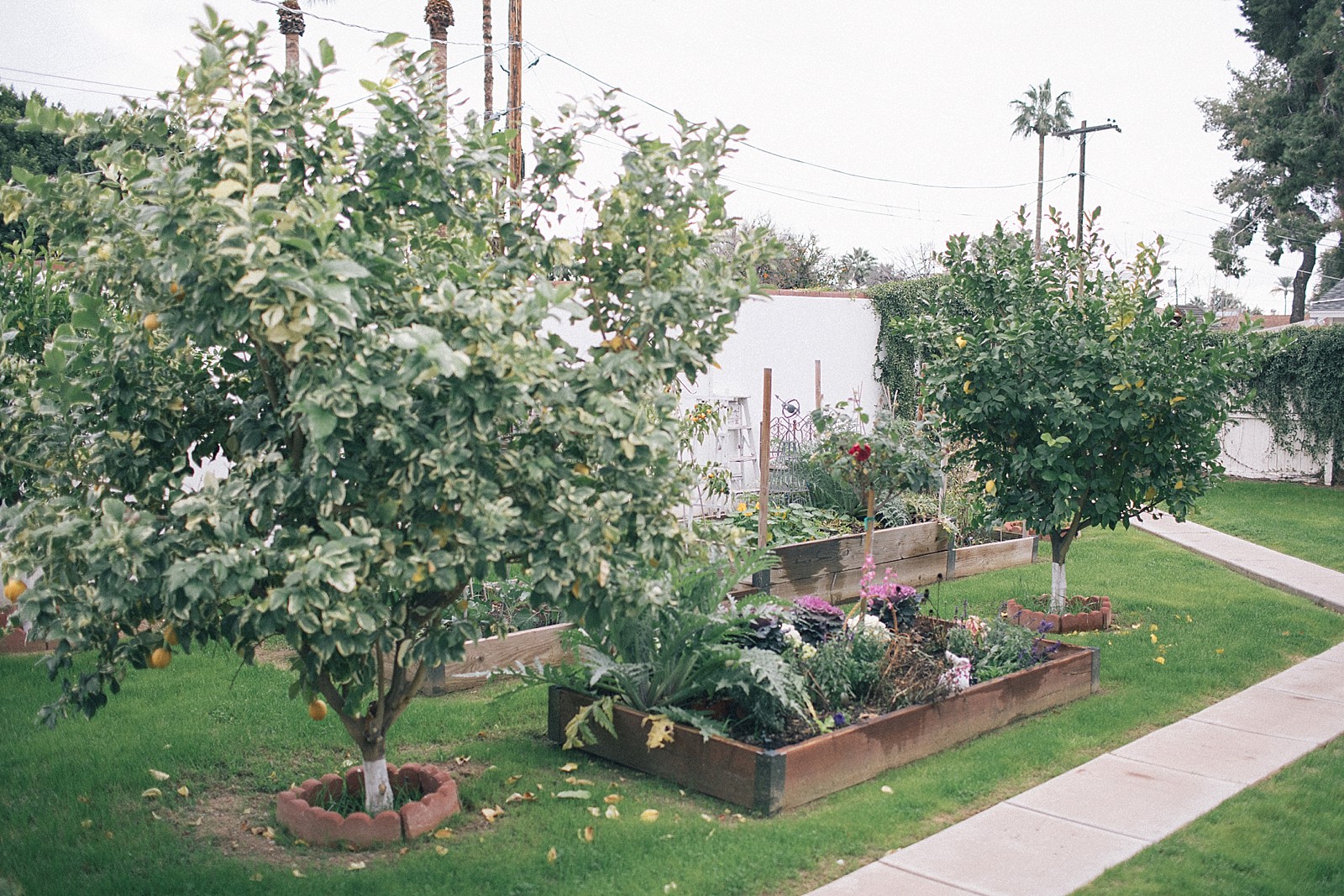 Our grapefruit tree is still around – though it attempted to commit suicide over the summer. We have plans to eventually remove it but not immediately (it costs a pretty penny to remove trees as we’ve done this three times already). My dad suggested to leave it while I emotionally detach myself from it (my words, not his). He also said there are parts I can still take pretty photos around, and he’s right.

So perhaps that’s why I haven’t taken my typical backyard posts lately – it just doesn’t look the same with half of it gone. But I need to – the winter rye color is much deeper and truer than our summer Bermuda grass. 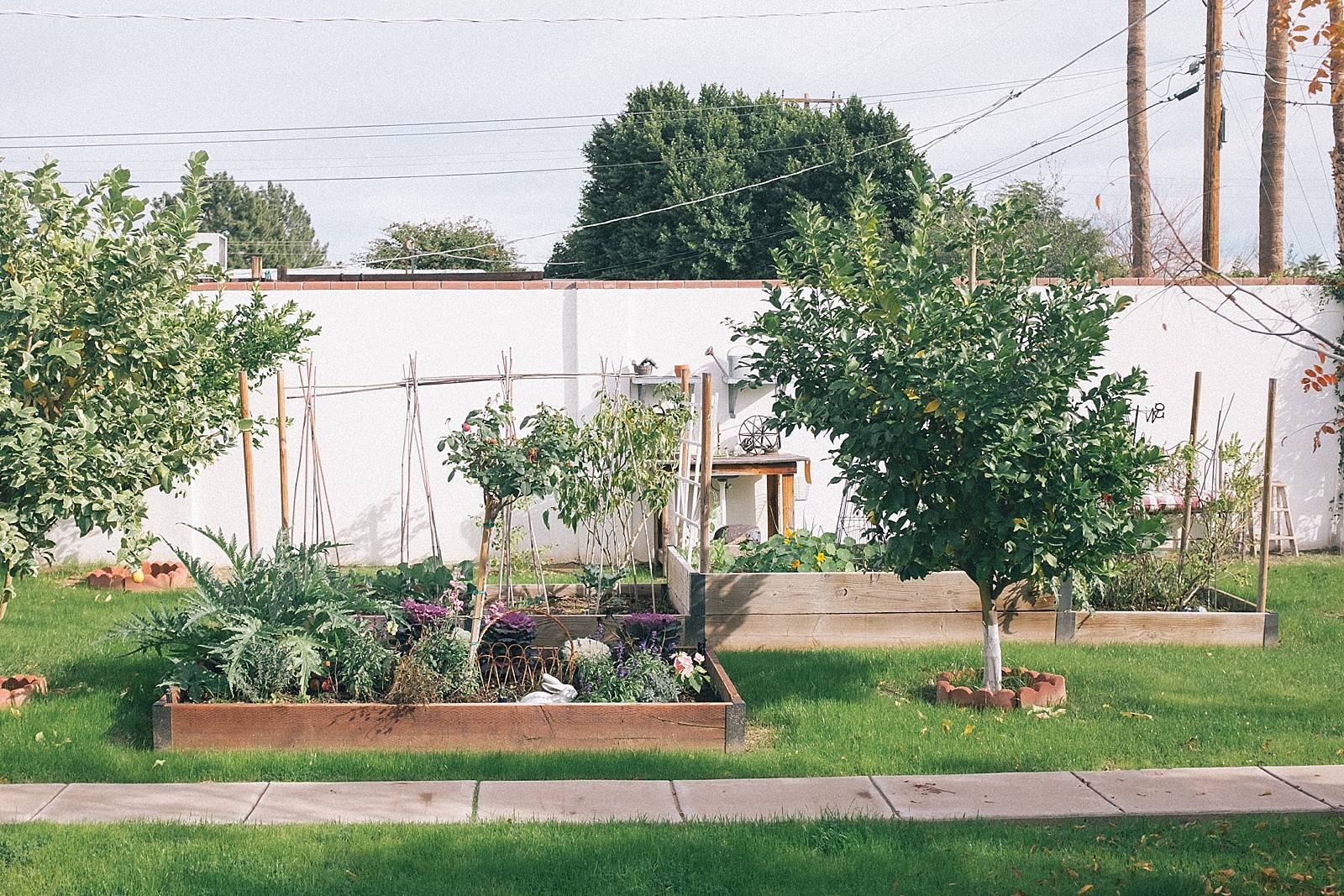 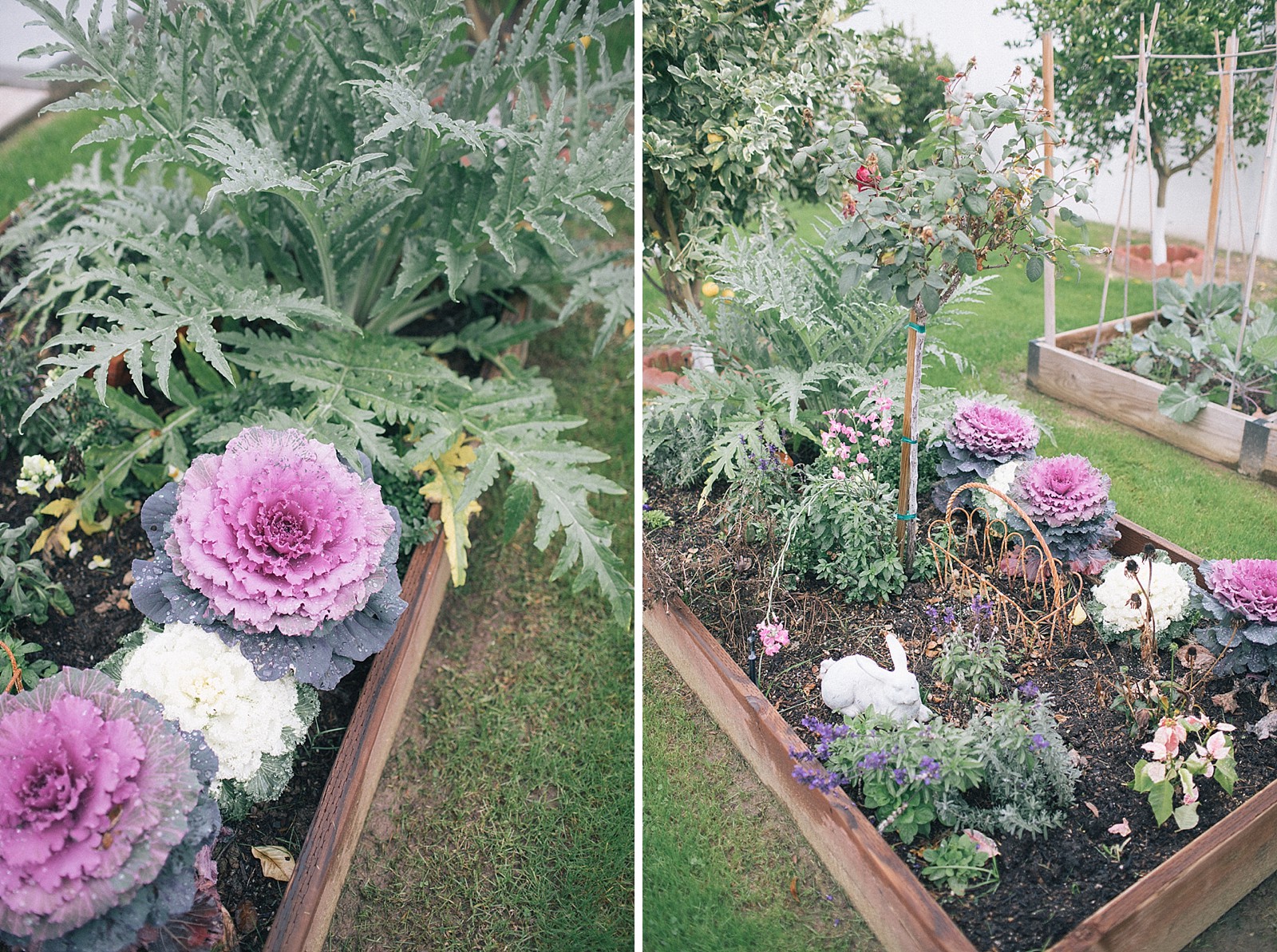 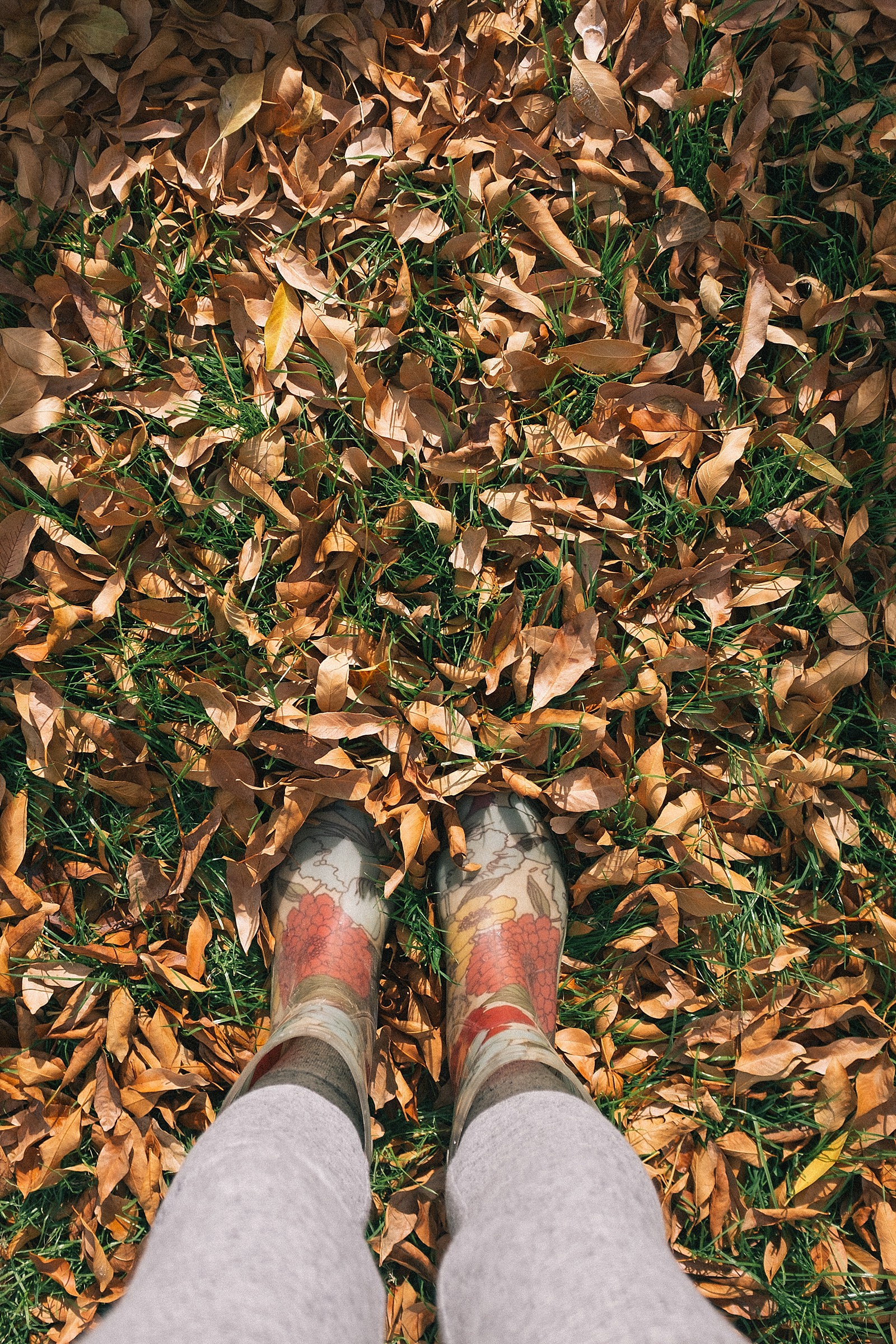 Even owning three Hunter boots I still use these Target boots the most when gardening – they are the right length and easy to slip on and off.

I keep forgetting to show our two new trees, that turn color – a red oak and Chinese pistache, by next season they’ll be bigger and I can show you when they change color.

We hired a family friend who is a handyman to build us a custom tool shed, attached to our photo studio. This is around the corner, in the former bun run area. It is just completed and I need to do a few touches before I give you a tour.

Over the past few months our tools, lawn mower and bikes have been sitting unattractively under our second patio right in front of our storage shed, another reason why I haven’t taken many photos in our backyard lately! I guess I also neglected to tell you we are now former bunny owners and as Benjamin says, it was a nice time in our lives but he’s glad it’s over. LOL! 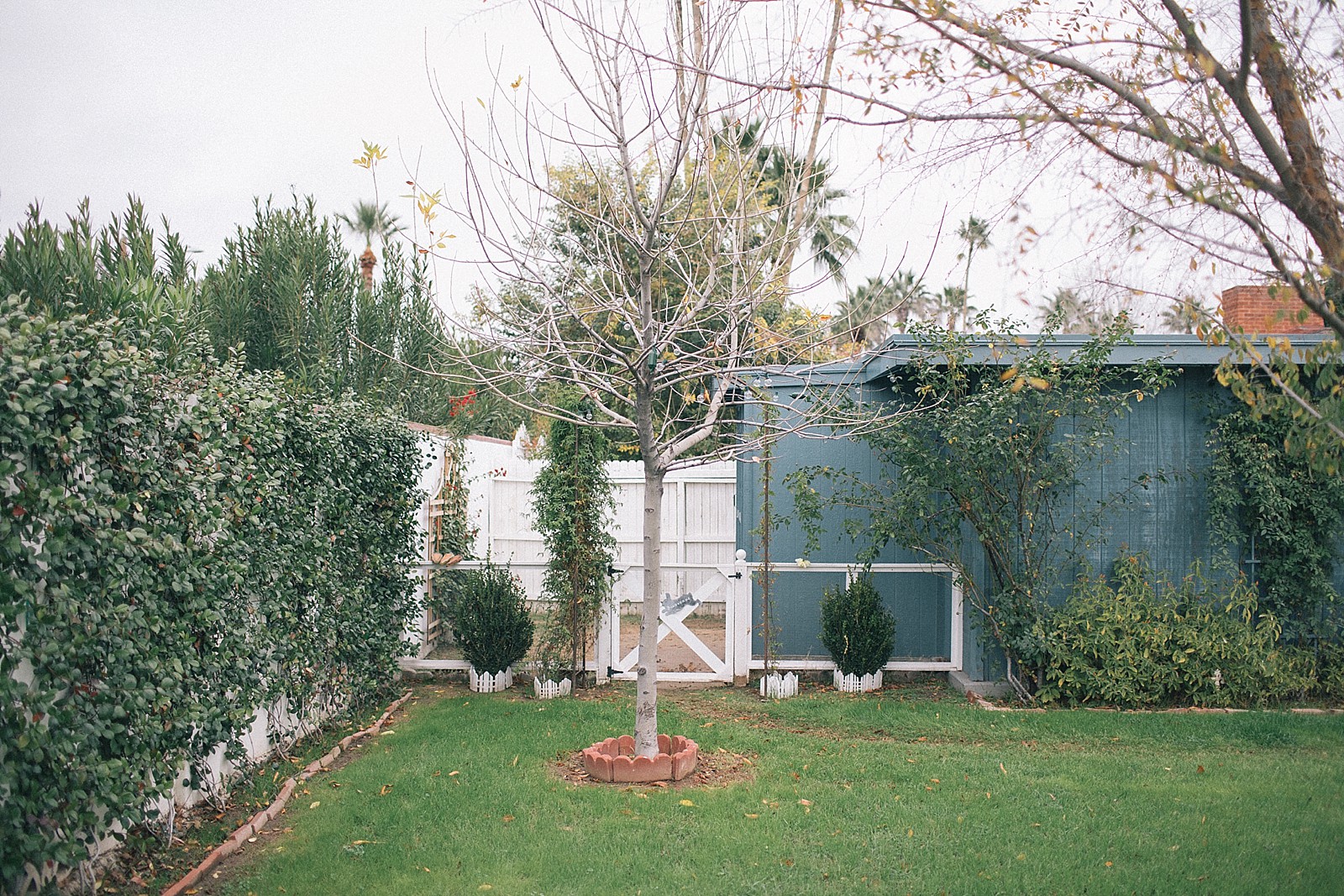 I’m debating taking out the run area (white gate) since it doesn’t need to be closed off anymore, but the charm is kind of cute so perhaps we’ll leave it a little longer.

For the shutterbugs, I must tell you I used a mixture of shots taken using my 5D Mark IV and my Fujifilm x100T – a mirrorless. Can’t tell the difference can you? I need to write a post about mirrorless cameras since I’ve been asked a handful of times over the past few months!

There are no comments on Citrus Season.