Well are you ready for our next project? I didn’t anticipate this one, but Benjamin insisted. We decided we had to hire our landscape designer again who will also act as a marriage counselor/mediator though this process that makes us argue a lot… 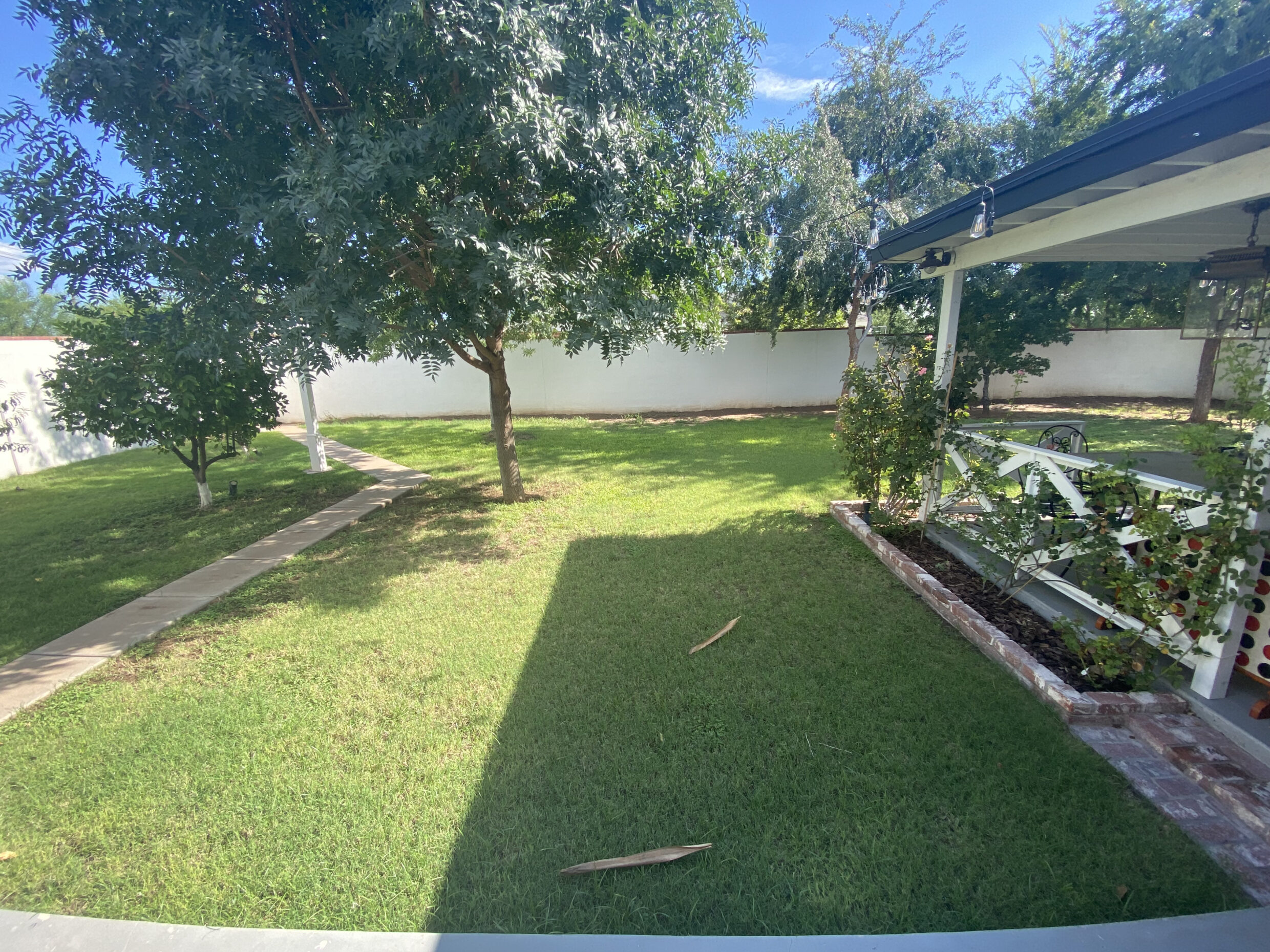 ^^ The backyard as is, today

W
hat topic or home project makes you and your spouse instantly raise your voices? For us, it’s the landscape, lawn, grass, plants, trees anything that has to do with plans for landscaping. We get along fantastically in our marriage with everything BUT when it comes to the lawn, oh my goodness is it a total battle. It’s the hot button and I mean HOT.

Let’s start from the beginning, but I will try to make it brief because if I make it too long my blood will boil.

We got rid of the wooden fence below – 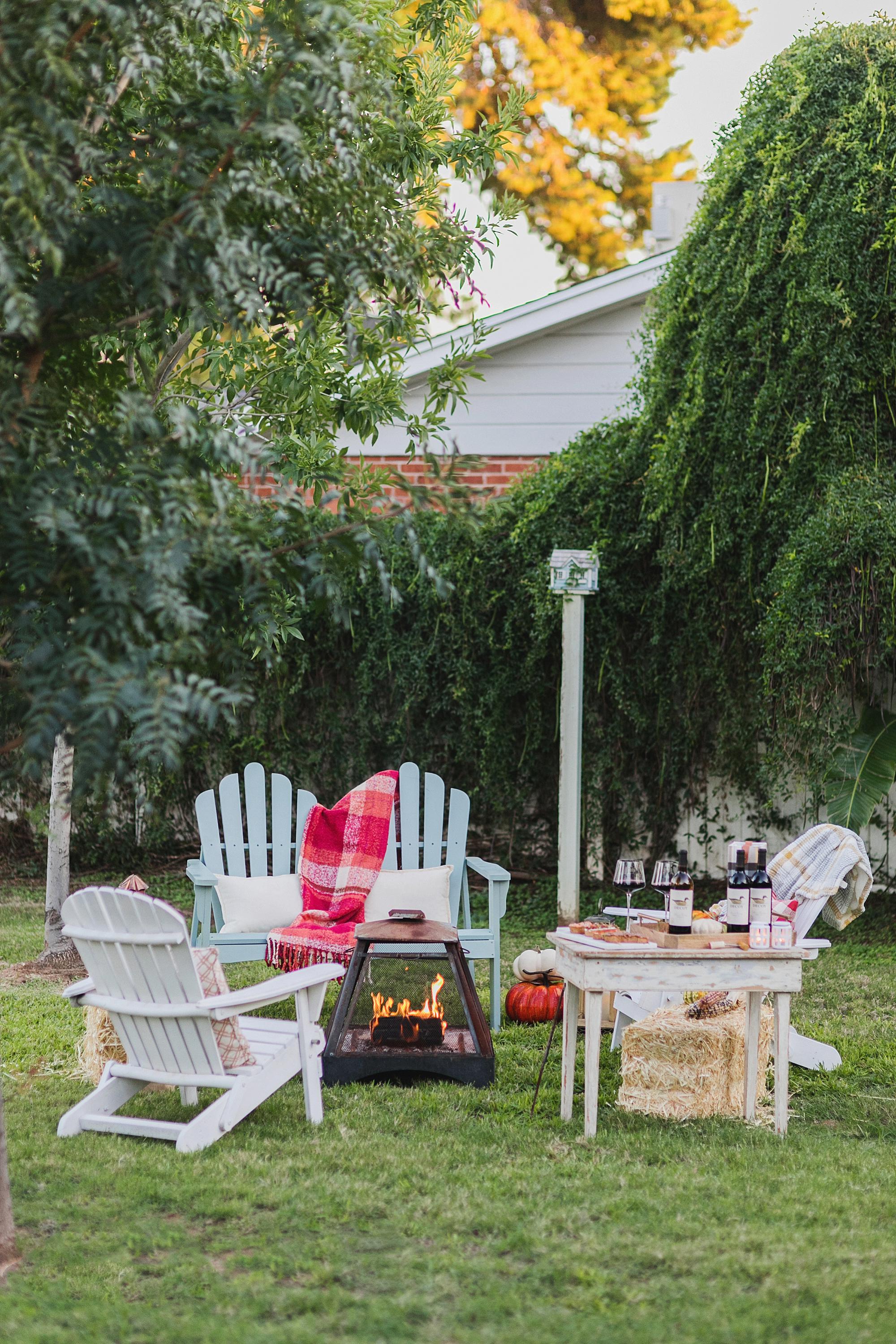 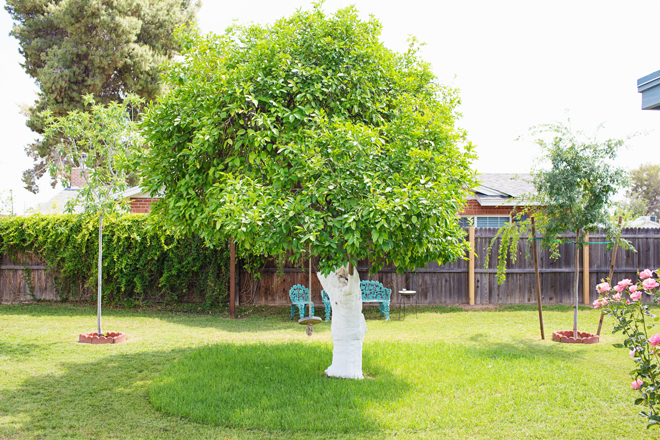 The tree on our neighbors yard toppled over during a spring storm from the ground, and it came over and crashed on the old wood fence – pulled down from the excessive vines crawling on it which came from our side. We had agreed over the years it was fine and also gave both of our properties privacy so we let it be. Since Benjamin has been wanting to get rid of the wood fence for years, but our neighbor didn’t have a budget or interest, we then decided this was the time to do it. So, we paid for the entire wall construction.

The positives was that the neighbor was cool with it and had no opinions on what we did. He helped with finding a guy to do it and he assisted with painting the wall. Sometimes if you want it more than the other person you have to pony up the cash. Or ask for at least some amount, if not half, or some help. Then you also need to decide how badly you want it and if you will be willing to pay for it. Clearly, we did. I mention this because I’ve been asked a lot by friends and followers about the wall that is shared with a neighbor and who pays and how that works. It didn’t end up working in our favor financially but we also go what we wanted and we are living here forever, so it worked for us.

It’s lovely, but it’s a looooooot of wall. 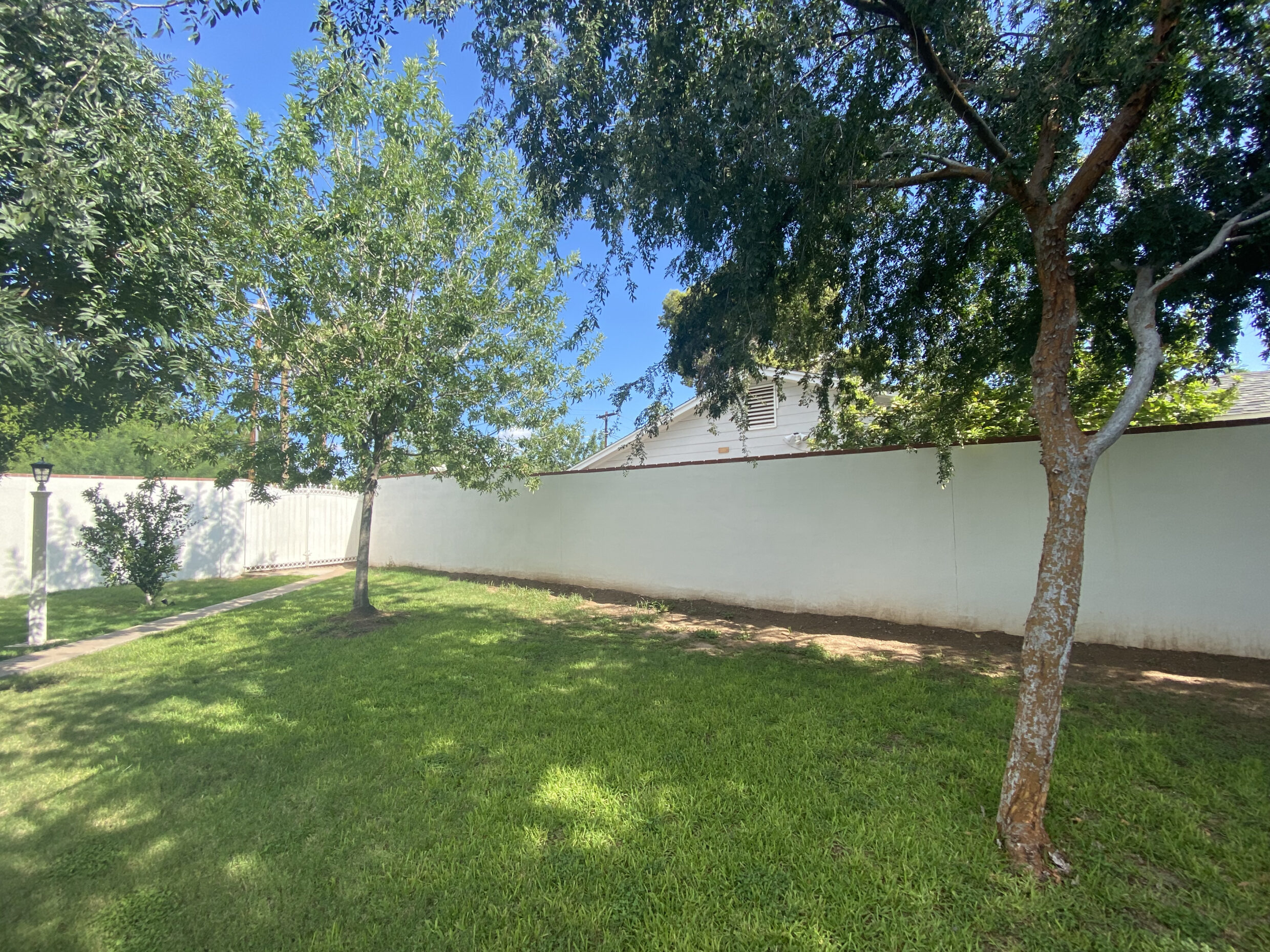 I mean I like walls, I like solid walls, and I like brick details on white smooth stucco walls, but this is way too long and boring. I don’t want or need another diamond trellis wall to maintain since we already have two. Benjamin asked I come up with ideas so we could get our sprinkler guy on board and hire the brick mason guy again to do more details, the same on who built our wall. Benjamin wants tall ficus trees to line the back but then we argued about maintenance on the other side.

So I went through a dozen books I own about garden design. We walked around with my idea and we started to yell at each other in the backyard so loud that I swear our neighbors on both sides could hear us. “Fine, we’ll keep it the way it is!” and we both said “Fine!” and went back into the house. We both hate the backyard the way it is right now, so that was both of us being stubborn. I told him I was done coming up with ideas. I was out of energy and ideas, and frankly I don’t have great ideas!

Two days go by, and we called Kami of K Design who did our front landscaping and kitchen garden. We left her a join voicemail begging her to help us with our landscaping in the backyard — and marriage. She called us back that evening and put is on her calendar that week.

She came right away and we went outside separately to discuss our visions with her. We had a good laugh over it as though we were in marriage counseling hahahaaa. I think I’m being a little over the top but we did need our separate time to not interrupt one another. 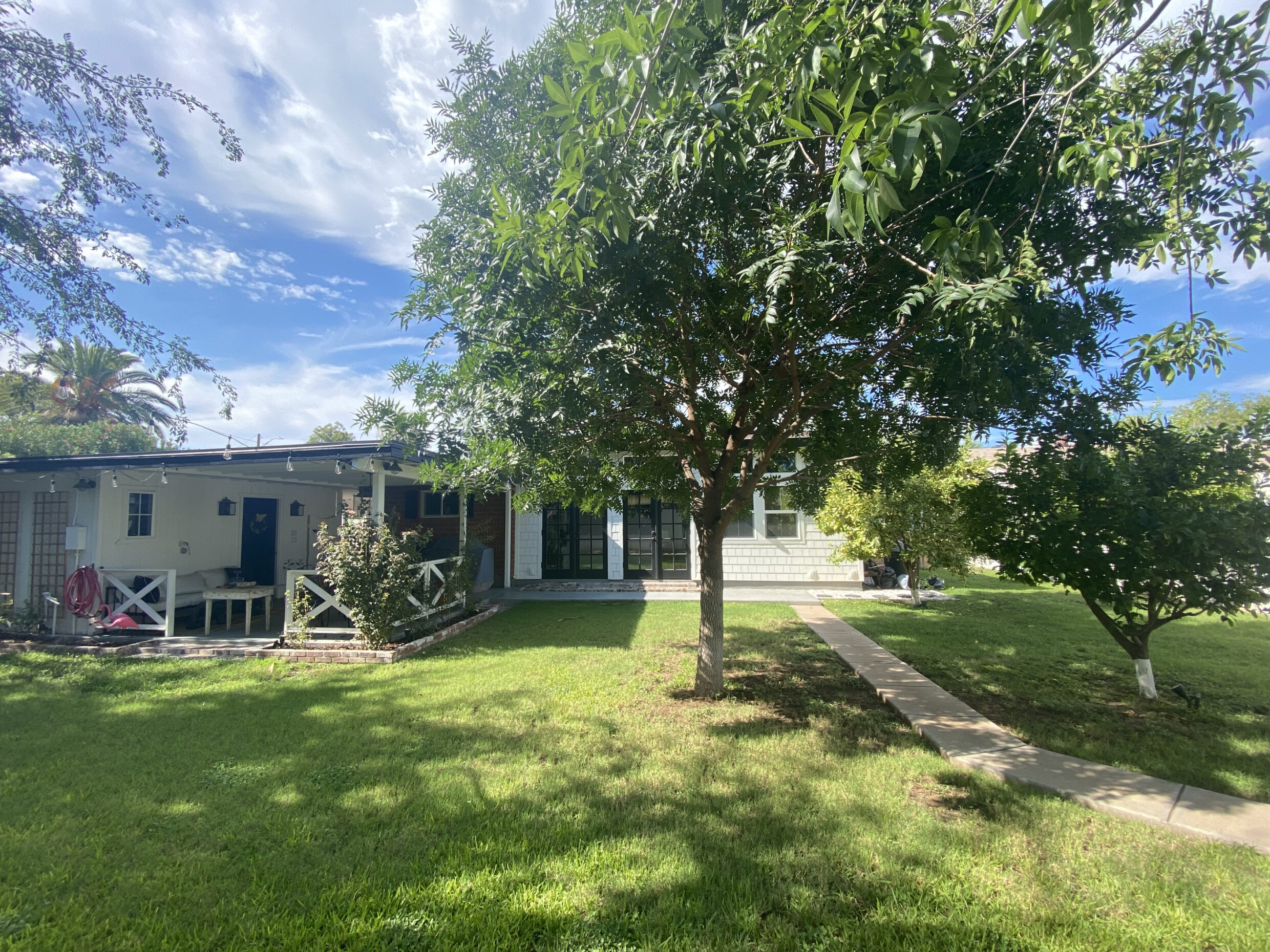 I want to remove that path that has been there since we moved in, and goes to the garbage alley. I’m pretty sure that was there so the guy who owned our place before I bought it could haul his garbage out to the alley from the house smoothly. He wanted a path, and also maybe because of flood irrigation it was his trash escape route. But who needs a path that goes to alleyway? Why? Garden paths are supposed to take you through pretty experiences but then again, this backyard was nothing like it looks today, at all. Every tree we planted and the flowers and brick details too. There was absolutely nothing back here but I’m also grateful because it gave us a blank slate. Any plant or tree that was here that came with the house is long gone because it died from disease or we removed it because it was ugly, but most of it was due to age and disease. Also, our grass looks great because of all the monsoon rain, it never looks like this!

Well there are the random before photos from my iPhone. I can’t wait to see what Kami comes up with and I told her to just go crazy with design and we’ll scale back depending on budget or do it in stages. Our deadline is November 1 to get it done, before my big backyard birthday party. I guess if you are terrified of turning 40, throw yourself an epic over the top backyard soiree – that will make you really excited for the birthday and also make you in a huge hurry to get things done around your home! 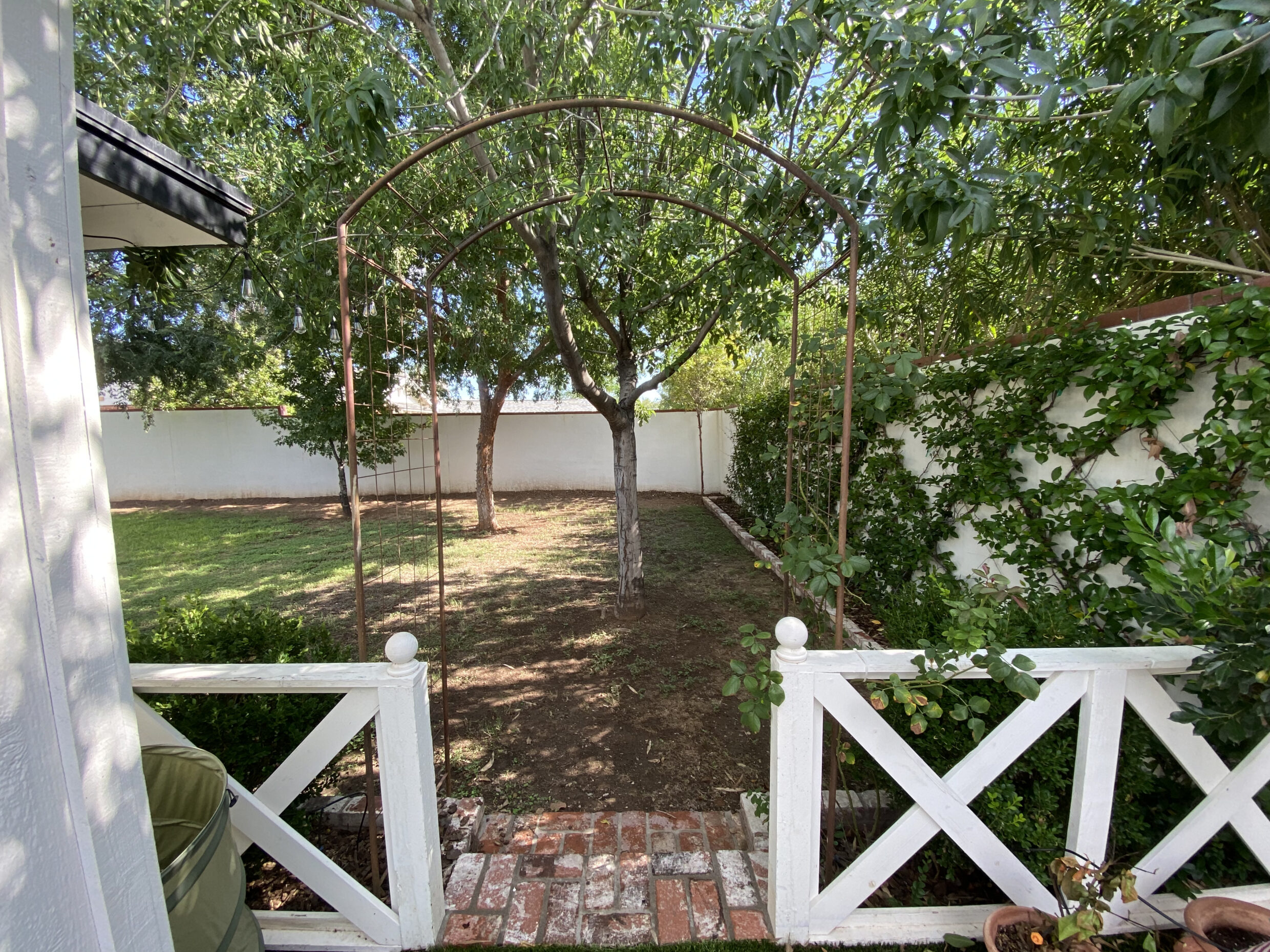 Diana Elizabeth reminded Benjamin once the backyard is done, the water bill will again, go up so he can’t be too shocked.

There are no comments on Next Project: The Backyard Renovation.