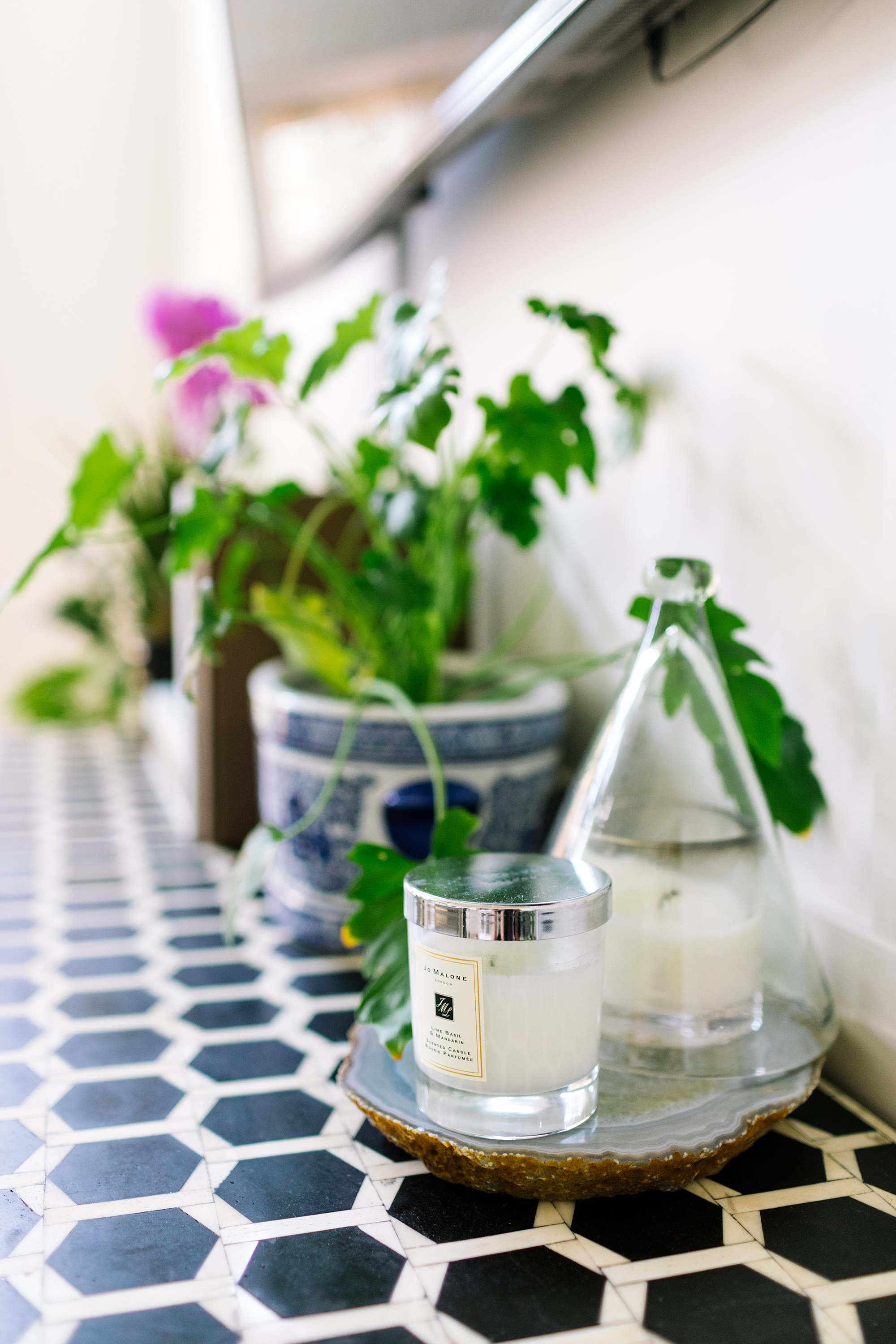 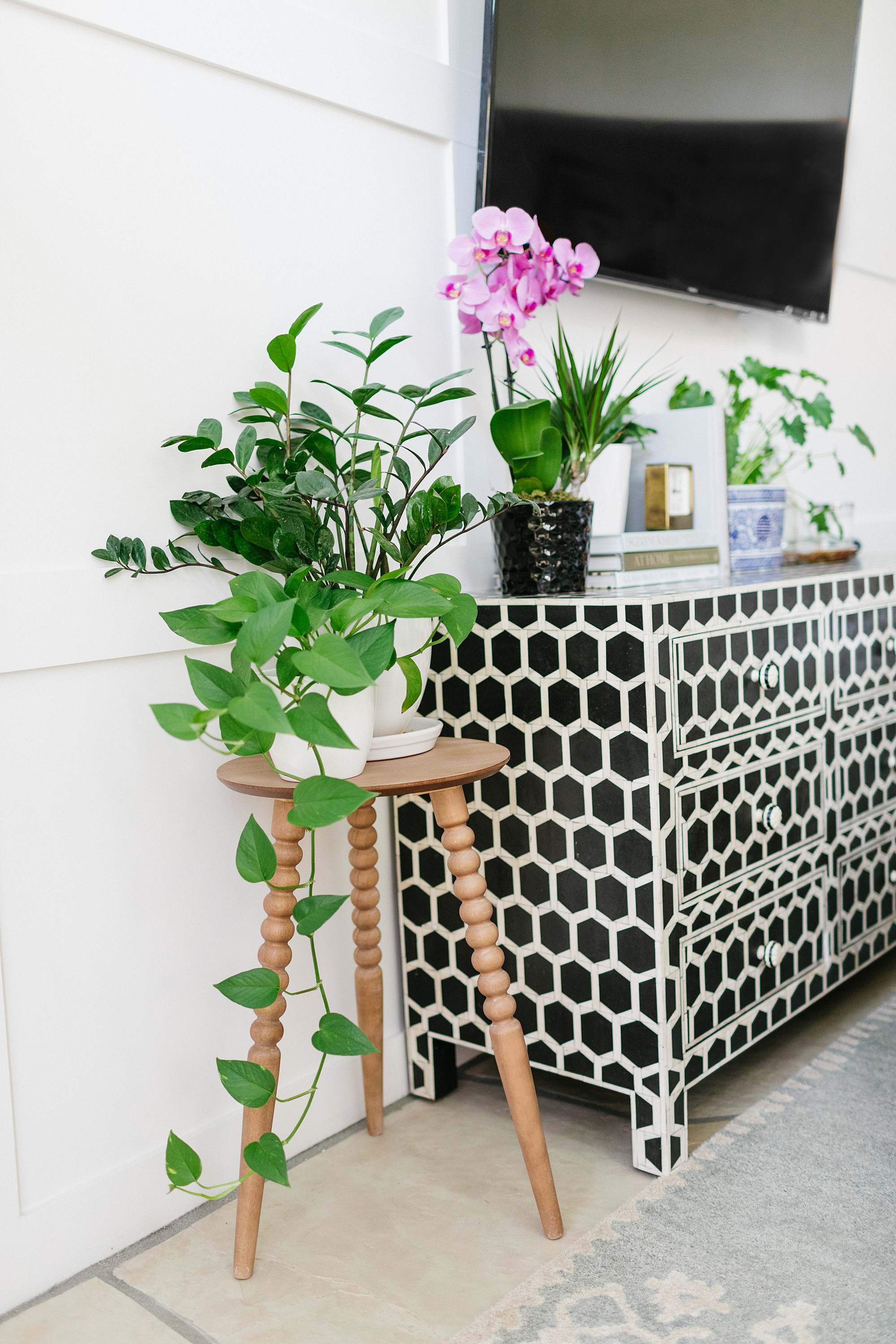 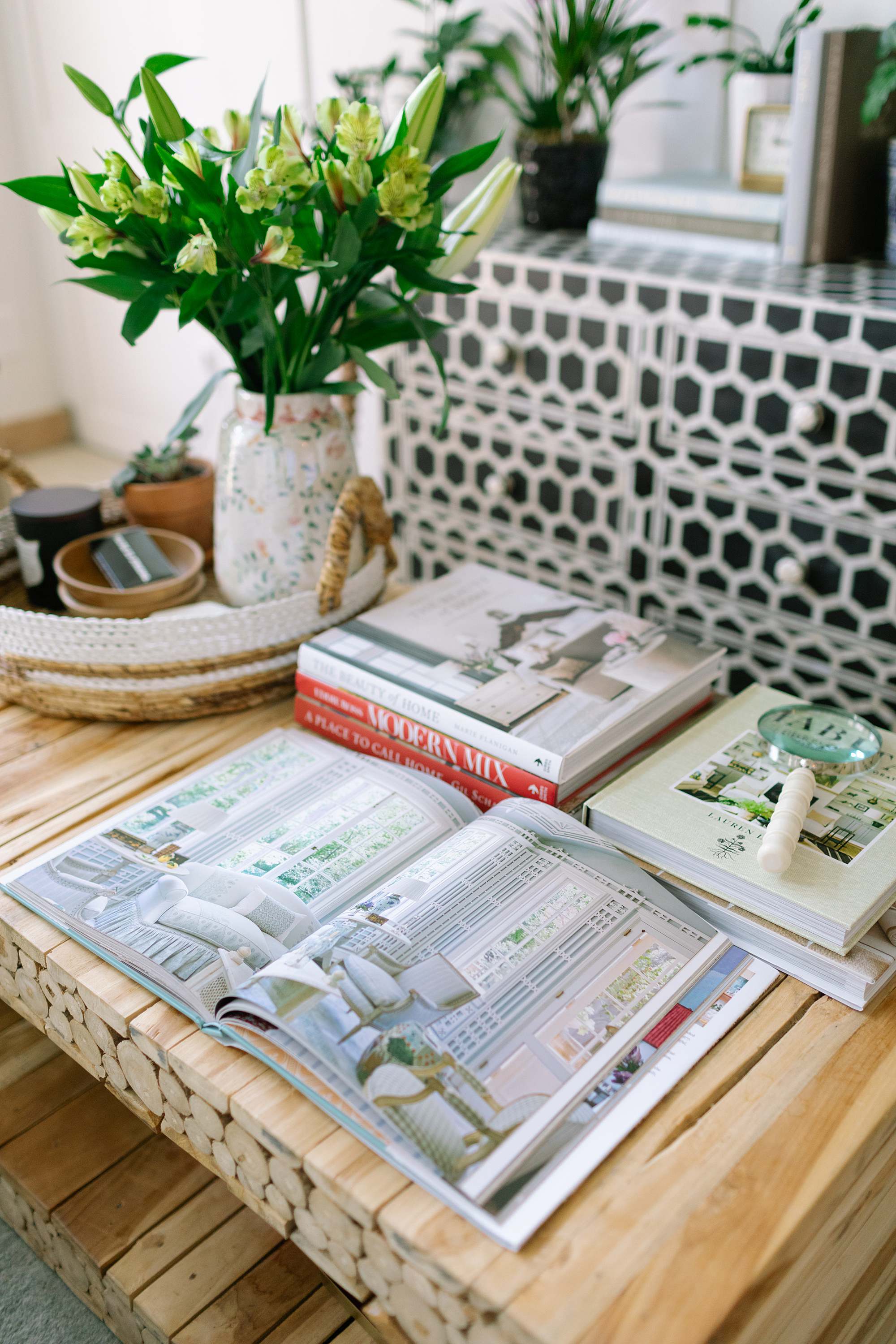 T
he garden room is pretty complete, and I’m hesitant to even say that, is anything ever complete, nah, but it feels more finished to satisfaction, for now. But of course I’m working on several other rooms – the living room and the kitchen upgrades but the garden room needs a new TV. I’m hoping for a Samsung Frame/Art TV even though it might be pricey for what it offers but with blogging and the way this room feels, it seems ideal to have an image that looks more like a picture frame than a black box.

This now makes me look over to my left in my office and think how nice it would be to have a TV in my office – another Frame TV of course. Although I’d be so unproductive while working and playing Netflix that might mean my emails and blog will be written in a different language due to typos.

The agate board is originally a cheeseboard from World Market and I almost donated it, but I thought I needed it under a candle. I learned from over a decade ago, maybe it was 15+ years ago when I burned a candle through the middle of my round dining room table. I had just bought it too – and suddenly I thought I smelled fish but it was the varnish burning! I had even asked the kids I was kind of watching (they were teens) if they were cooking fish LOL. They looked at me like I was crazy.

Always have something under your candle whether it’s a tray or coaster. Learn from me. I’ll never ever do it again.

I also saw a candle burn through the top of a TV once – wasn’t me. Not sure what a candle was doing on top of a TV but anyway…

A glass cloche is a great way to protect your expensive candles to preserve the scent. My favorite candle is ICONIC rose. It’s pricey, it’s from a campaign I did when they first came out. I’d like another one but I think I’m going to have to reach some benchmarks to justify buying another one.

I didn’t decorate for fall but I’m eagerly waiting for November to come so I can decorate for Christmas! Still debating on my theme, stay tuned.

Diana Elizabeth usually decorates for Christmas around November 1 but she might wait a little bit, just a week after. She still needs to buy new outdoor Christmas lights, she wants globe lights but plastic and in red green and clear on white string. Apparently that’s a unicorn.

There are no comments on Home Refresh.