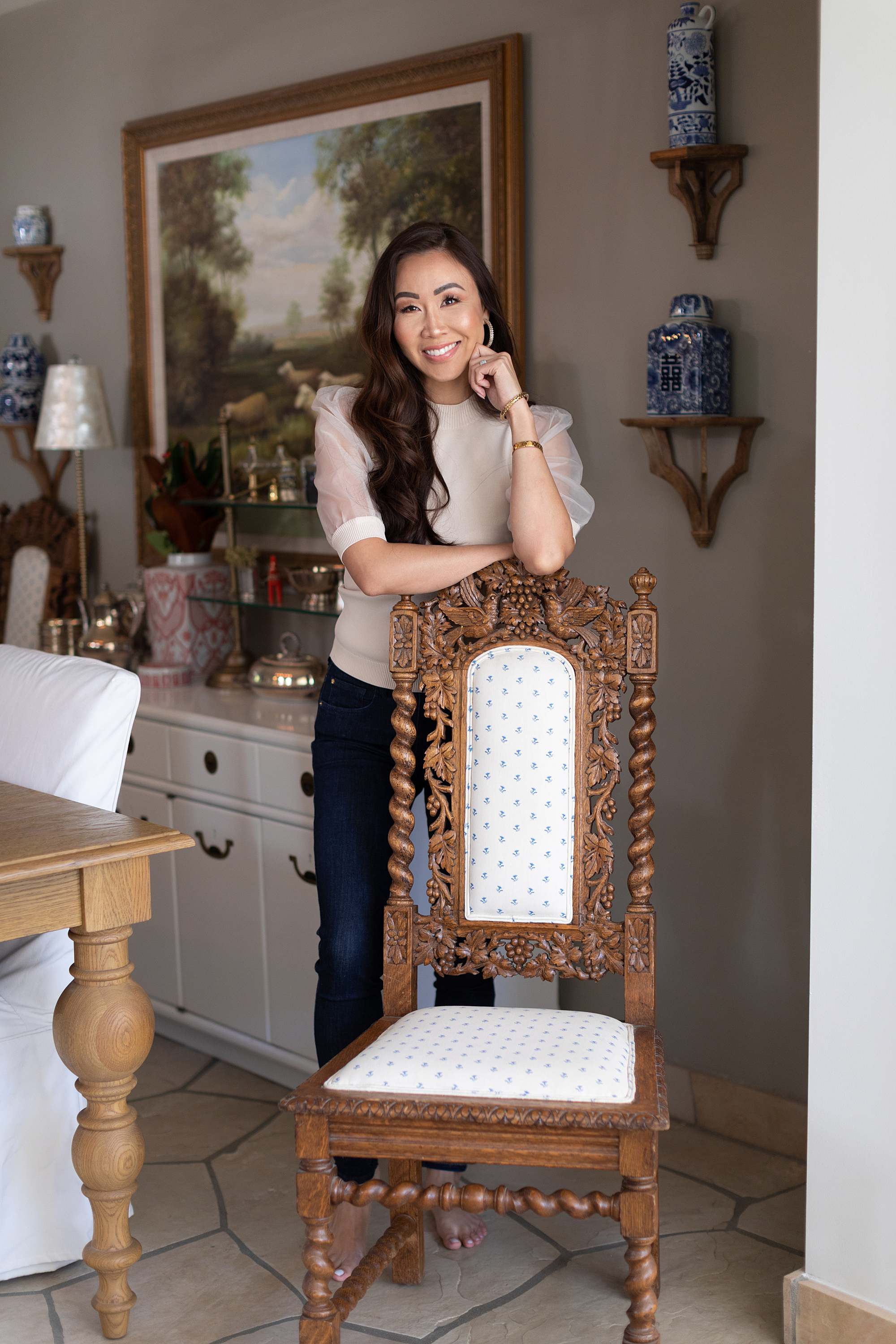 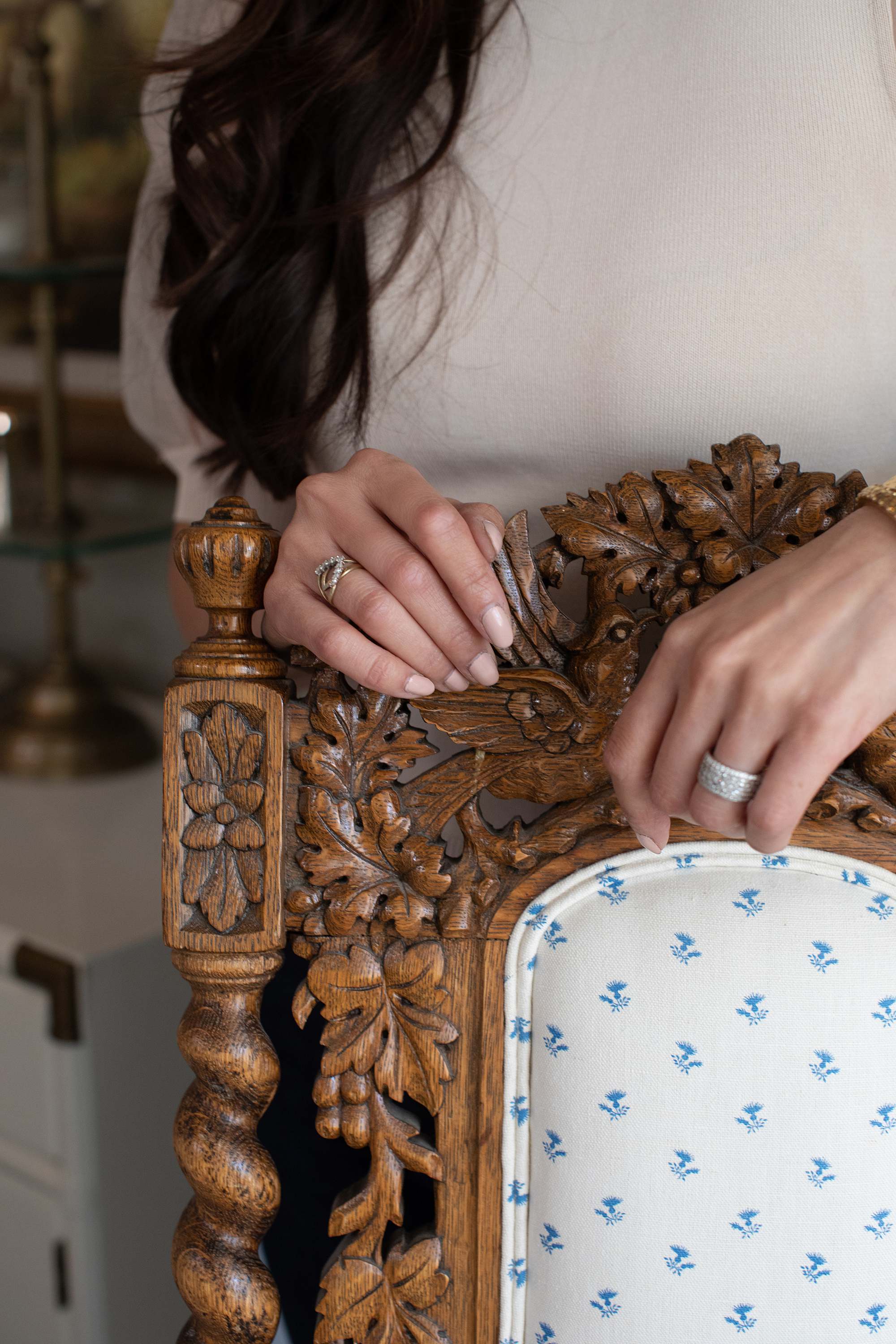 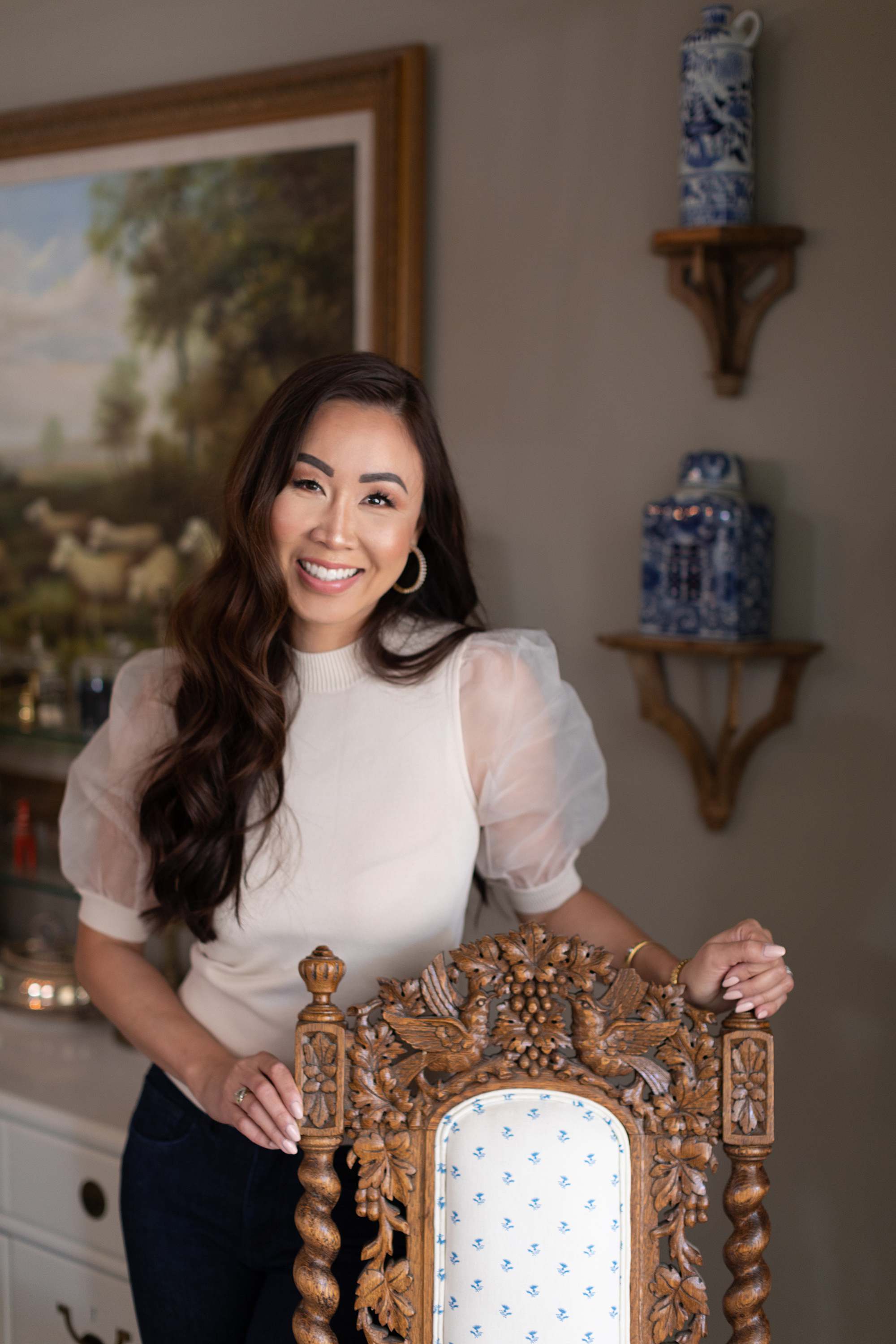 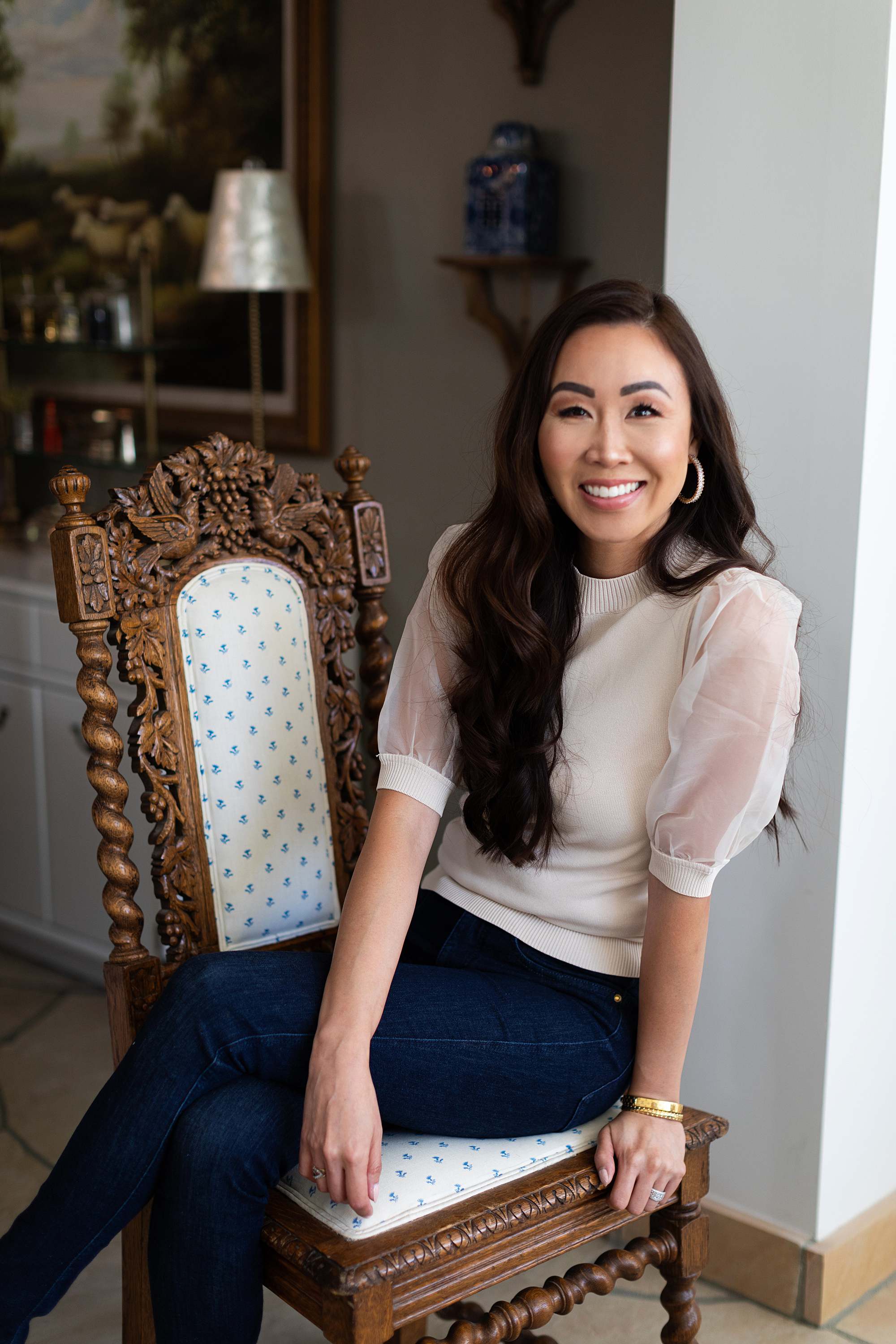 I
have been looking for an extra pair of chairs for the dining room since my Twilight dinner party. To make room for 8 at the table, I had to grab the little blue chairs from our living room (which I sold at the yard sale). They weren’t the 18″ height I wanted, but they worked, though they left a gap then in my living room which made me hate the look because it made the room everyone initially walks into, look oddly set up. So, I’ve been on the hunt for two extra dining room chairs since – but didn’t want to rush into anything of course because we know what rushing does, it turns into poor purchases that eventually get donated or listed on Facebook Marketplace. Whatever happened to Craigslist by the way? I can’t seem to find anything on there anymore.

It wasn’t just about seating though, it was about art. I wanted the chairs to sit against the wall when not in use so they needed to be unique, and less about function (but still somewhat functional) and add to the dining room decor.

I wasn’t quite sure what look I was going for, I just kept telling people I would know it when I saw it – always a good answer for I have no freaking idea if it even exists. I searched the web for old and new pieces (see dining room in full here), and realized what I wanted was probably going to be antique. But the chair find went like this, $400 for a new chair that was boring, to $750 per chair for a crazy antique, to $70 a chair for a beat up cane chair but might work.

Then I thought I found something off Facebook –  I drove 45+ minutes only to find they were BAR STOOLS when I walked in the house!! Feeling defeated and putting on my favorite podcast which happened to be “How to find the perfect chair” (seriously…rub it in furniture gods) I went home and thought it just wasn’t meant to be. But it all worked out, because a few weeks later, I went on Facebook Marketplace and somehow the algorithm knew what I wanted after being on it long enough and bookmarking what I like without any intention to buy – and these wood carved chairs popped up for $75 each.

We drove to the store immediately to find the booth 30 minutes before closing. They were actually marked $58 each in the booth (not sure why the Facebook ad said differently) and SCORE. I might reupholster them. I might not. But I’m giving it time to decide. A white faux leather would be amazing. A print would make it modern, however the small floral is pretty cute, especially since it’s white and blue and you all know me, that’s my favorite – you may have noticed I changed my white bowls on the shelves to blue and white porcelain.

The chairs have rolling casters on the front legs which is great since the rest of our dining chairs also have casters. I had three friends ask about that when they saw it, asking if I put them on and I said I didn’t and they were like, “MEANT TO BE!” That’s how I feel! Now, I don’t know the story about these chairs or when they were made, but they sure are pieces of art and so far friends have mentioned the beauty of the chairs which makes me so happy they are rightfully being noticed!

My cleaning lady just said two seconds ago after walking into the living room, “Every time I come over (which is every 3 weeks), something has changed.” LOL Then she adds, “Just don’t change Benjamin.” I won’t, he’s perfect just the way he is.

Photos by Kate Nelle, makeup and hair by Lizzy Marsh.

Diana Elizabeth wonders why she always changes things, it’s the constant creativity or she’s feeling like the inside can finally be changed now that the outside of the house looks exactly how she wanted.

There are 1 comment on My Latest Antique Find, Carved Chairs.