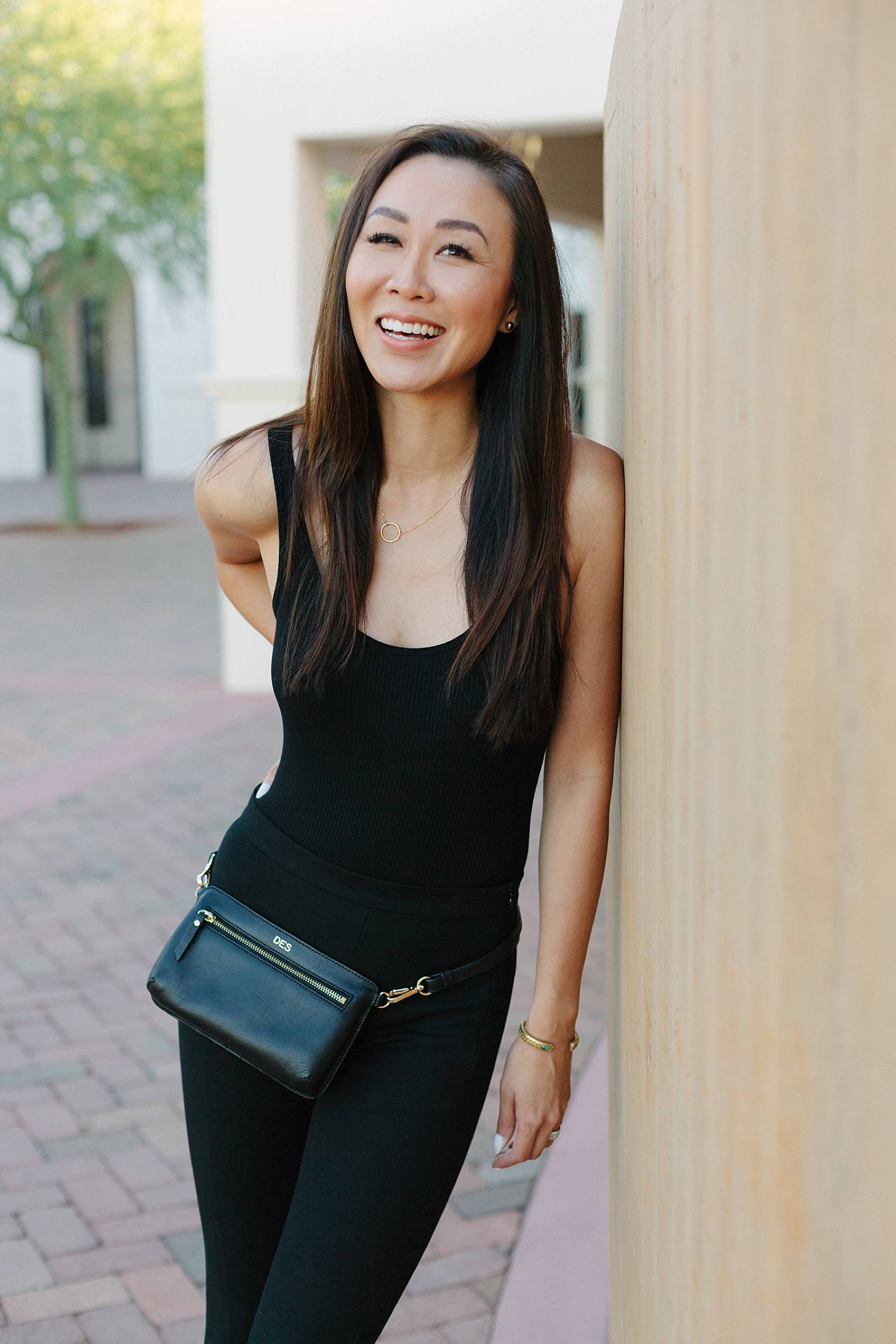 The summer before my senior year of college I met and dated this actor from Days of Our Lives for a year. He was like over 10 years older than me, but hey. I was an intern and he was acting on the NBC lot in LA incase you’re wondering how I pulled that off. So he was from Australia originally and he wore a fanny pack – I say this assuming that’s just what Europeans did, more daring with fashion or things like that haha. BTW, I know Australia isn’t in Europe but he called himself European so we’ll just leave it at that.

As a senior in college I was mortified and hated that he wore that black fanny pack. I once took him to a college football game and I freaked out when he wanted to wear it.

“It’s Prada!” was his comeback.
“I don’t care what designer that is, you are the only one in the world wearing that right now,” I would say.

So when some of my friends and I think about fanny packs or belt bags as they are called now, we think of him and have a chuckle. I swear we took a photo (I no longer have it) where he was wearing a Speedo with his fanny pack. We were in Mexico so I figured no one knew me and there was no social media then so I was safe. That picture in my mind still cracks me up.

But he could be the last one laughing because here I am wearing one. This one, by Mark & Graham I had to buy a brown one too. 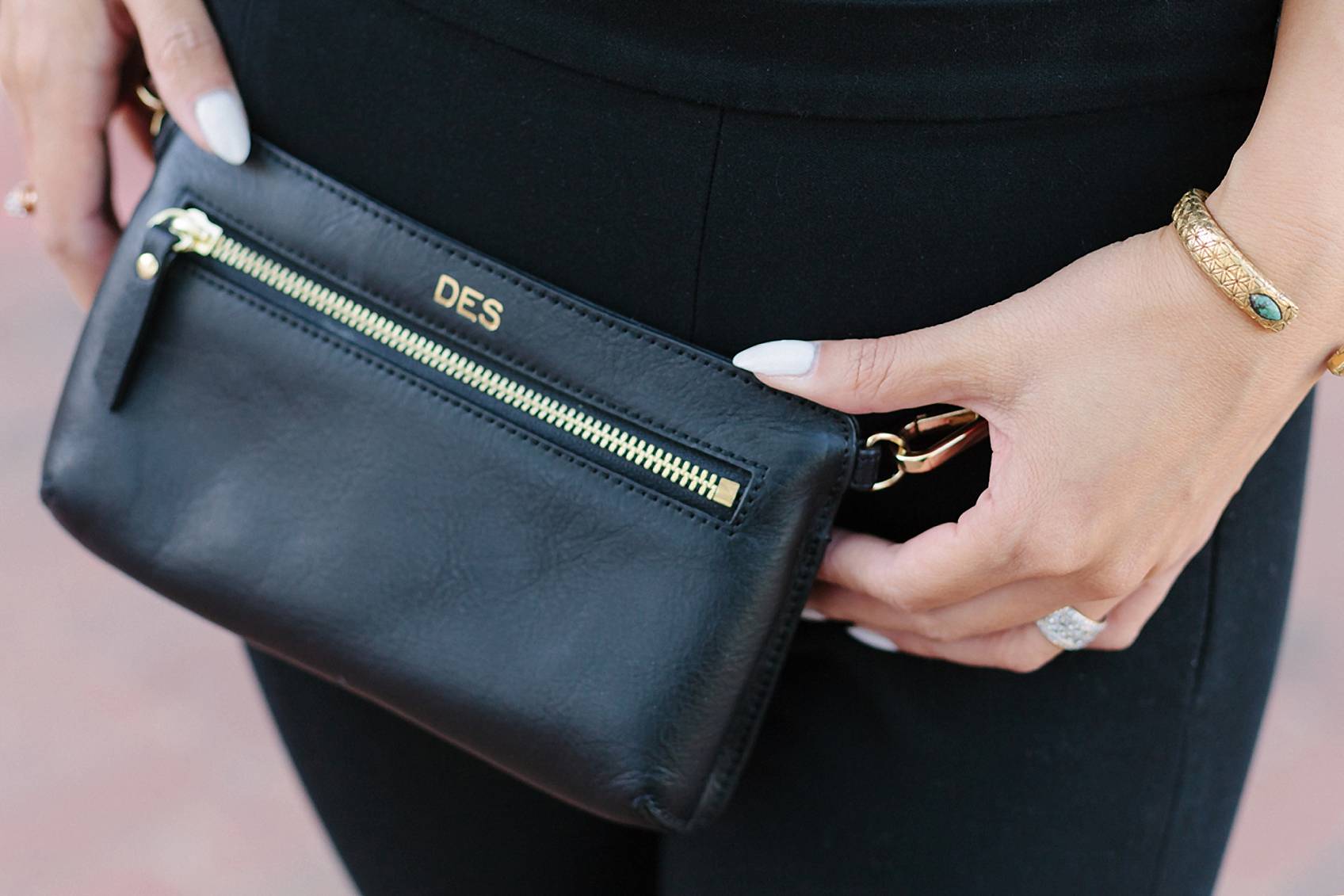 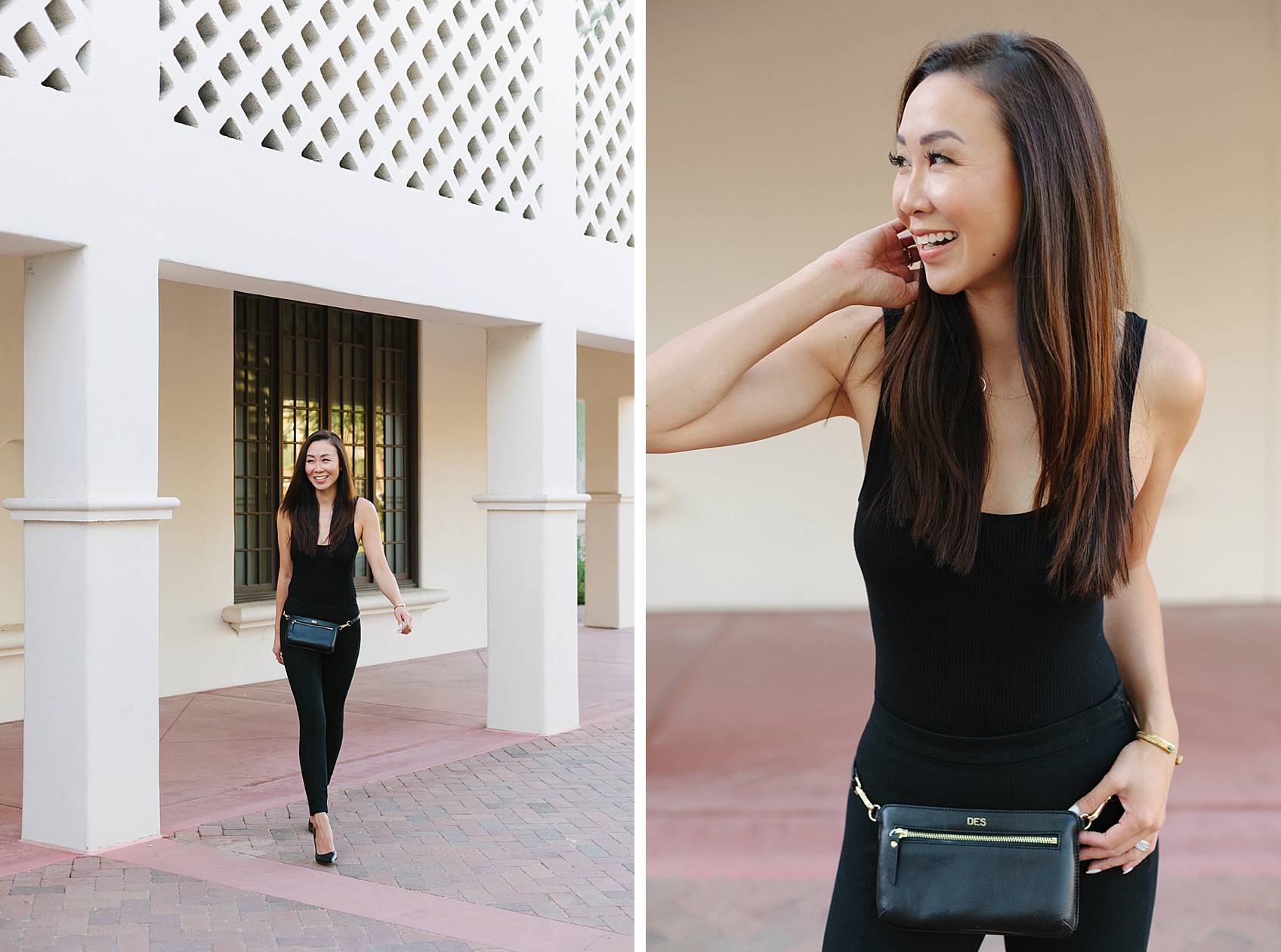 I got such a response on my IG stories when I showed a photo of me casually wearing my brown belt bag. Buy the brown one here.

It’s so great for photoshoots too because I can slip in my iPhone Plus in the back (it can also fit inside the zipper), and take it out easily. It’s just that nice hands free feeling you can wear daily or wear out on the town. 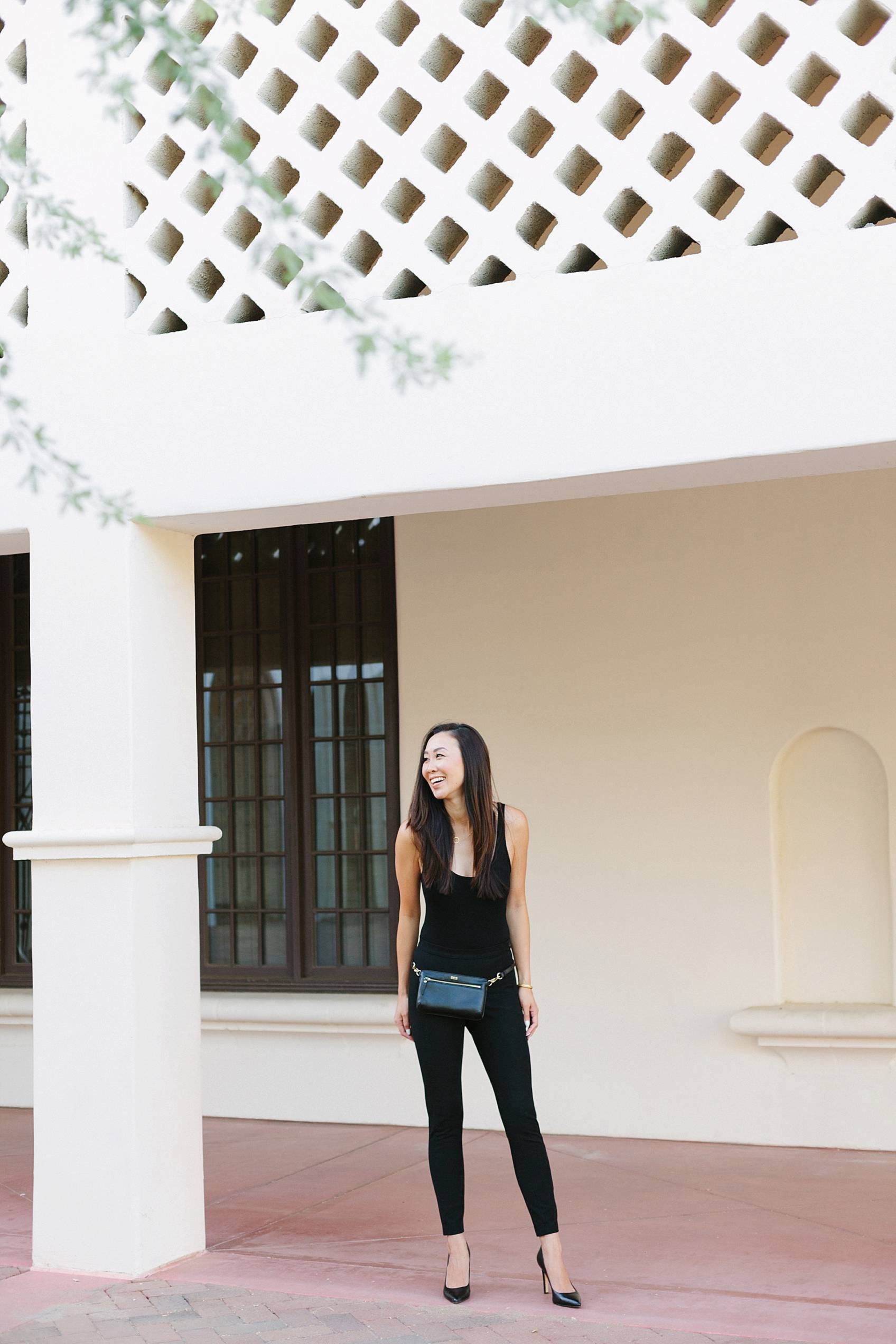 I went for the gold initial embossed look because I noticed my shopping habits – if it has my initials on it I’m more likely to keep it longer because anything personalized is so good and I think it adds some style.

Maybe he was right about something, the only thing, ha. 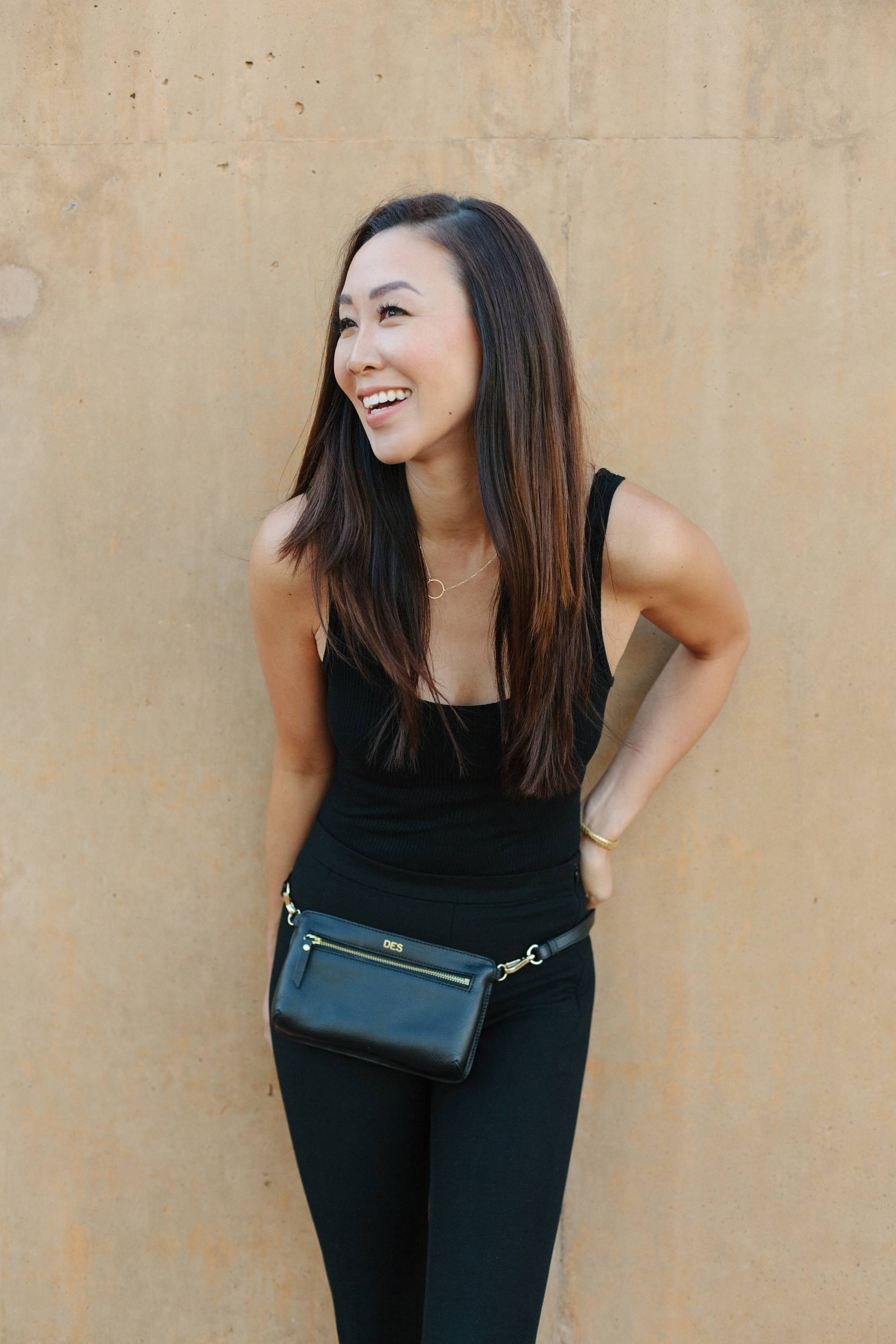 There are no comments on Belt Bag Look.