Skip to the content
HomeLifestyleWatching the filming of Reign 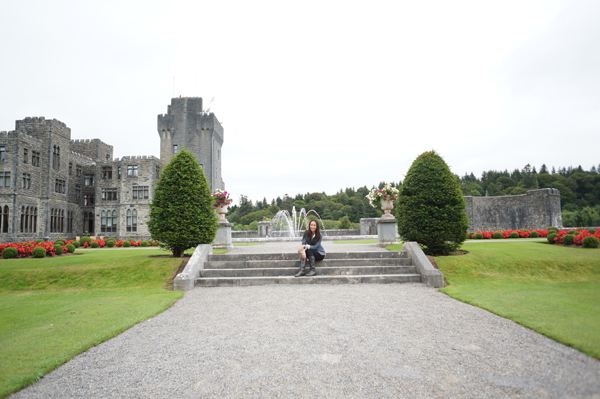 Watching the filming of Reign 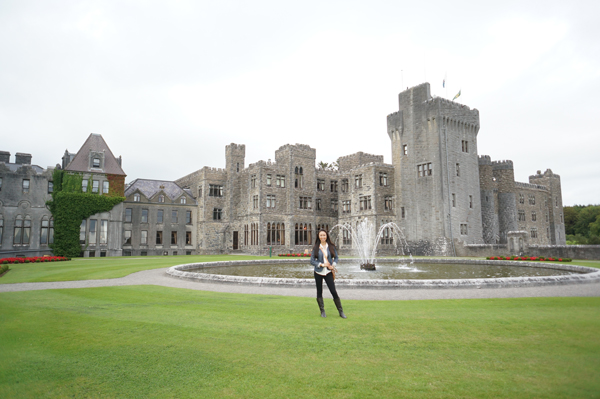 At Ashford Castle, in Cong, Republic of Ireland – aka French Court on Reign

When we were in Ireland, Melayne and I saw a few scenes of Reign being filmed! I think it was the opening credits actually.  Reign was filmed in Ireland and Toronto.  The day we left we watched a partial filming which I should’ve taken pictures of had I known the show would be such a hit!

Have you heard of Reign? It’s based on real history. 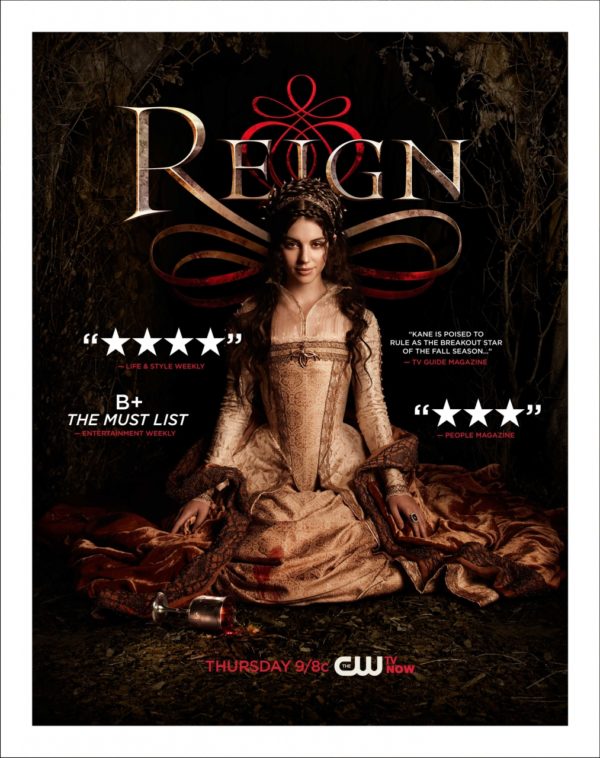 Have you ever watched the movies Elizabeth or Elizabeth: The Golden Age played by Cate Blanchet?  The second movie gives the history a little about Mary, Queen of Scotland which I would recommend you watch if you have time (though know it’s not favorable towards Mary in her older years).

The show Reign is based upon the true story of a young Queen Mary of Scots and her engagement to the future King of France for power.  It’s very well explained in the pilot episode.  It goes into Queen Mary’s ladies (her group of servants/bffs).  There is drama because the Queen of France (future King’s mom) has a right hand man who has visions, and he said if her son were to go through the engagement to Queen Mary, it will cost him his life.  Therefore, drama of deaths!   And keep in mind, it is Hollywood so there are real-life history mixed with Hollywood entertainment (like Noah, they sure jacked up that biblical story).

Why I love it

There are a few reasons why I love Reign – the location, the story based upon a true story (even the fictitious events) and the amazing costume worn by the Queen’s ladies, oh so Anthropologie/BHLDN-like!  Also the gorgeous braided-hair. 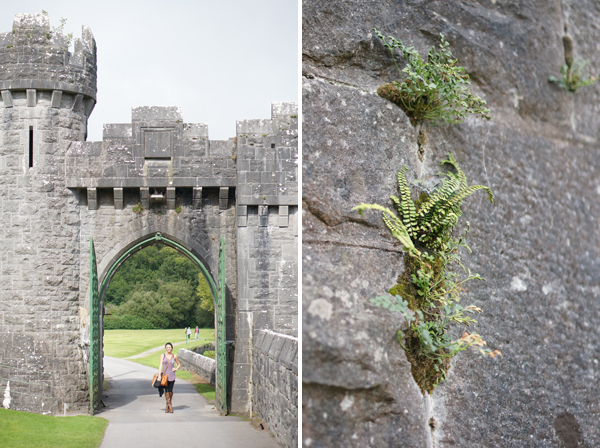 The bridge where Mary and Francis often have their chats (see below pic the bridge behind Melayne).  This is the way to the town called Cong. 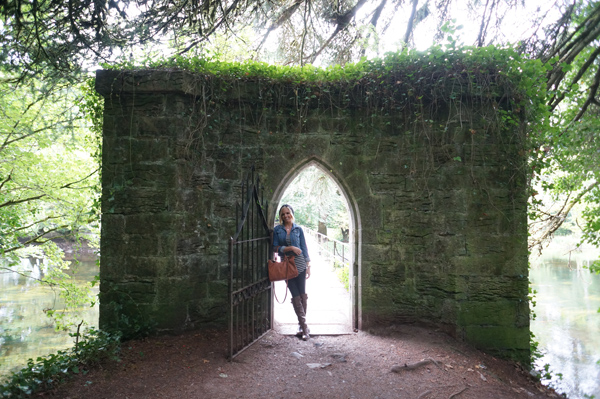 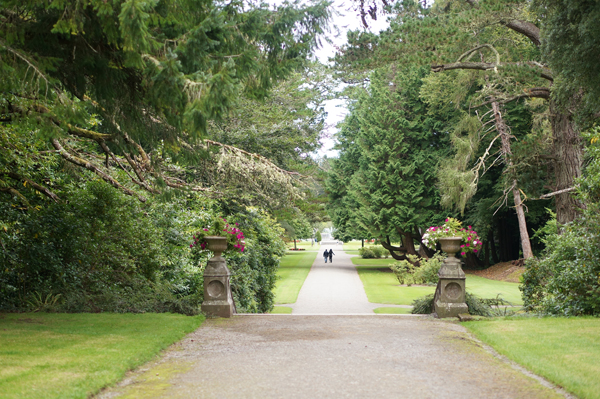 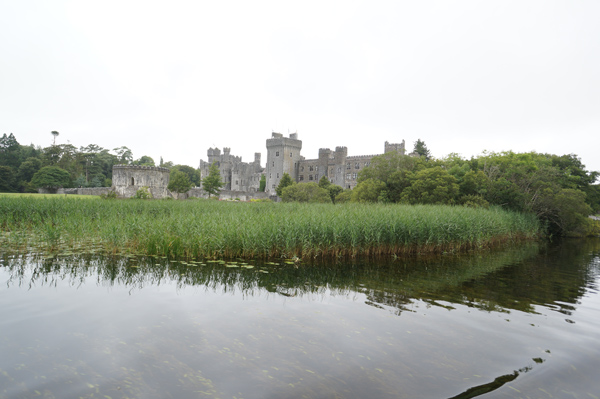 Look how adorbs these girls are!  I’m dying. 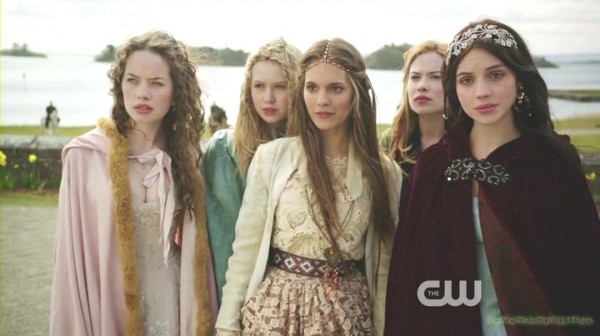 I think I need a cape now – and more fur.

Most of the outdoor scenes that are the French Court are filmed at Ashford Castle.  Melayne and I stayed for two nights at the end of our week long Ireland trip (see pics here).  It was our favorite castle for a long list of reasons but on our last day on the way out, we were waiting at the hotel as filming was going on – all scenes we recognized in episode two. 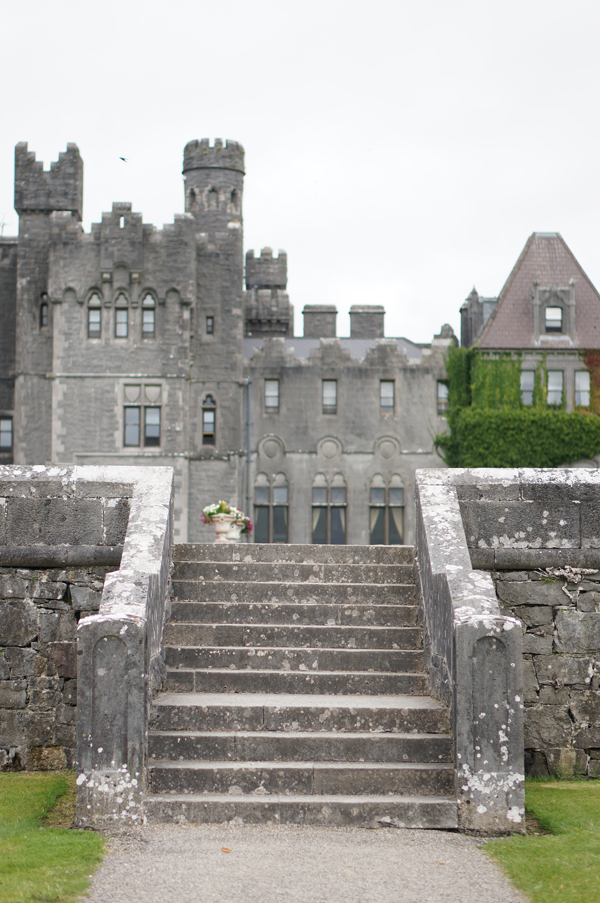 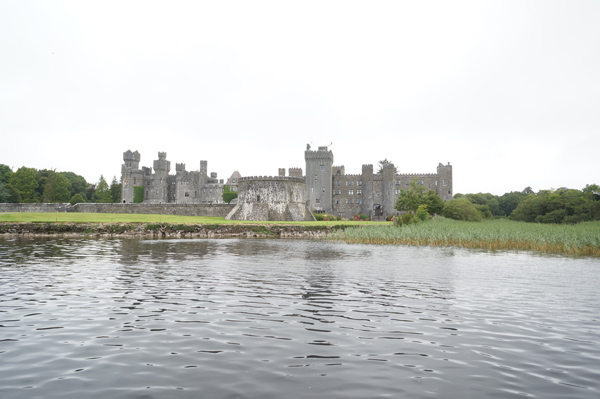 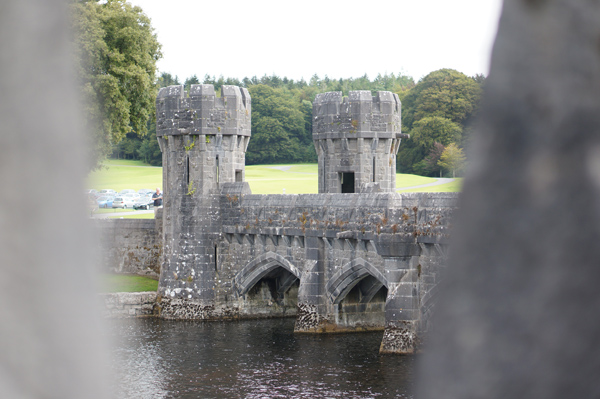 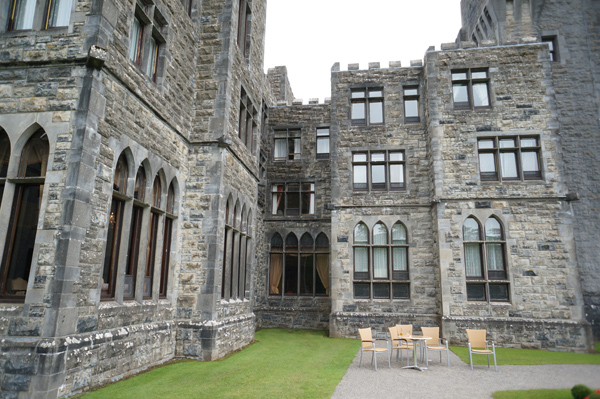 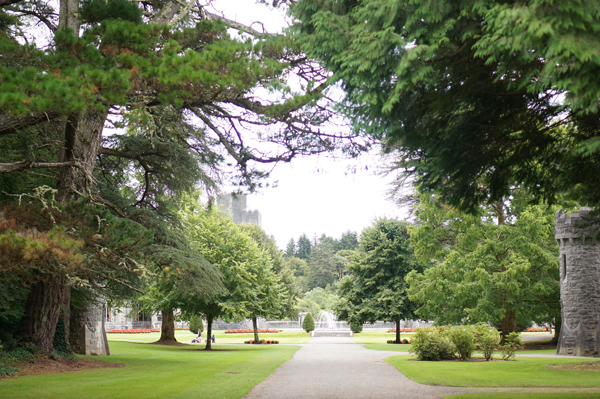 We saw some characters on horses and they went through a few takes crossing over the bridge and through the gates.  I wish I had paid more attention to the characters or taken photos of the production so I could say which characters were there.  There was a helicopter flying around to capture the bridge scene.

The grounds are gorgeous, and I am hoping Melayne will get married at Ashford – we joked where her wedding could be set up and how she could walk down an aisle.  We were hoping for an excuse in the future to return. 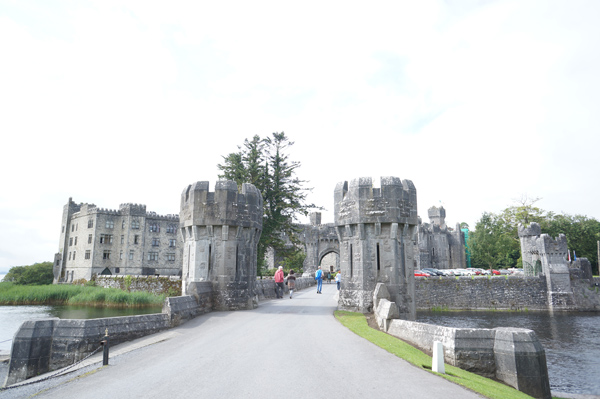 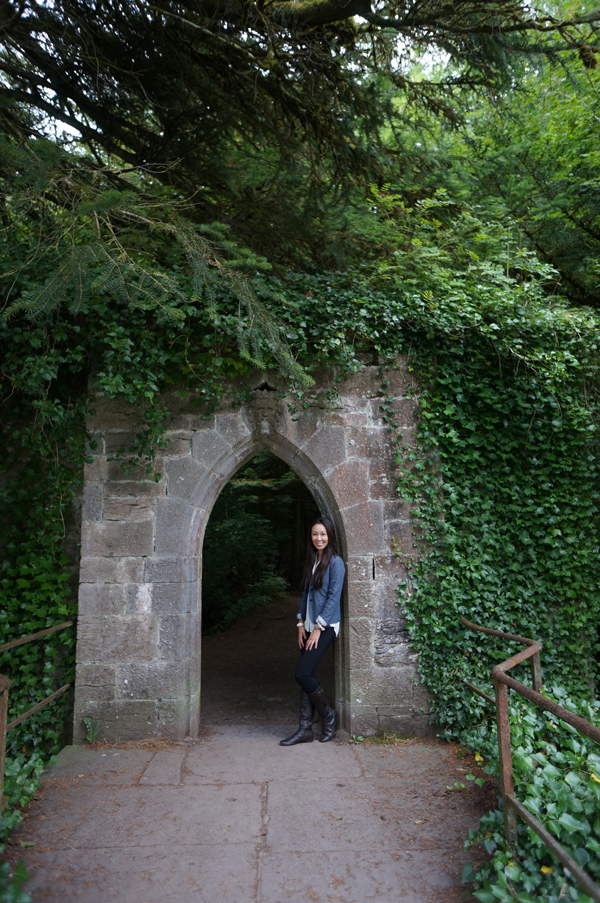 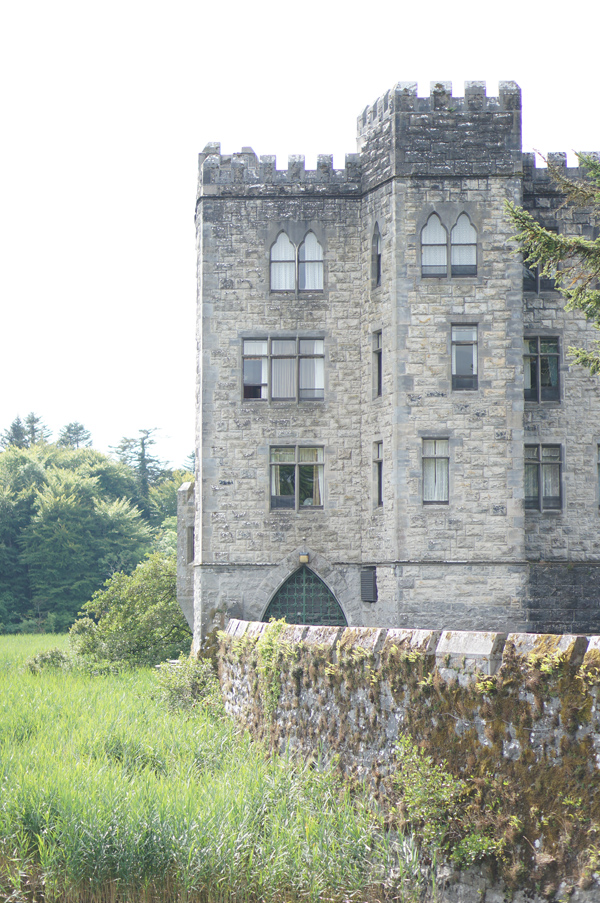 Pardon me as I say hello to my new Irish pet, a hawk. 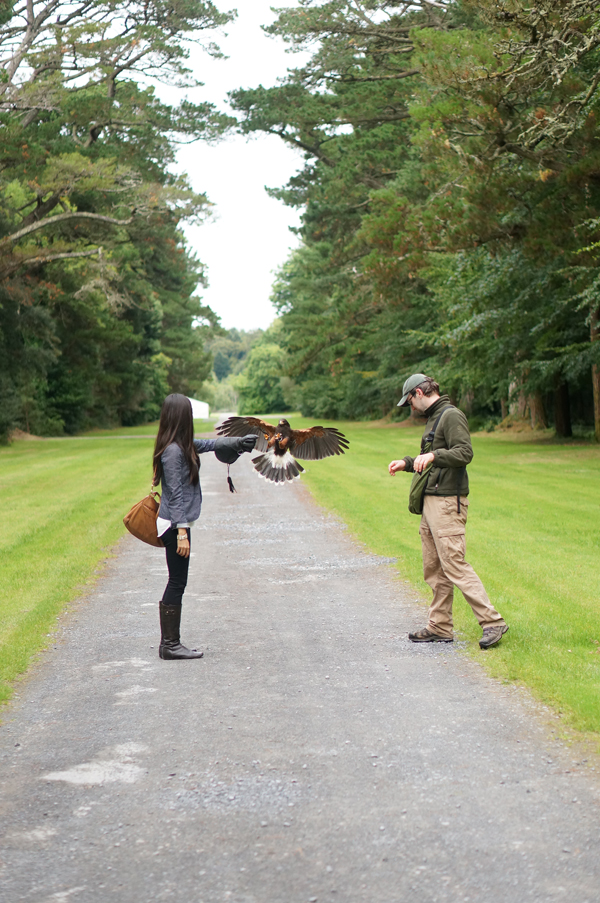 Looking at these photos just take me back and there’s nothing in the world like traveling with one of your best girlfriends. 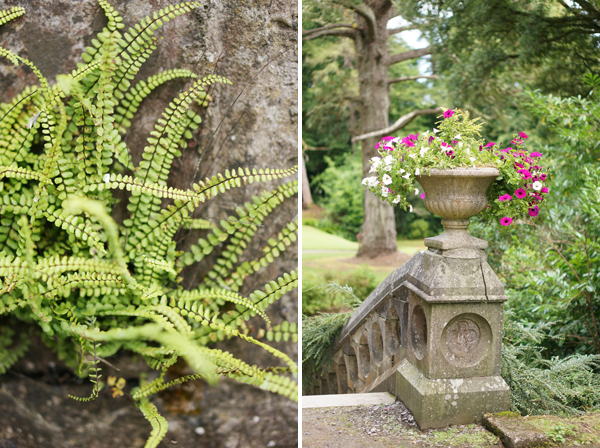 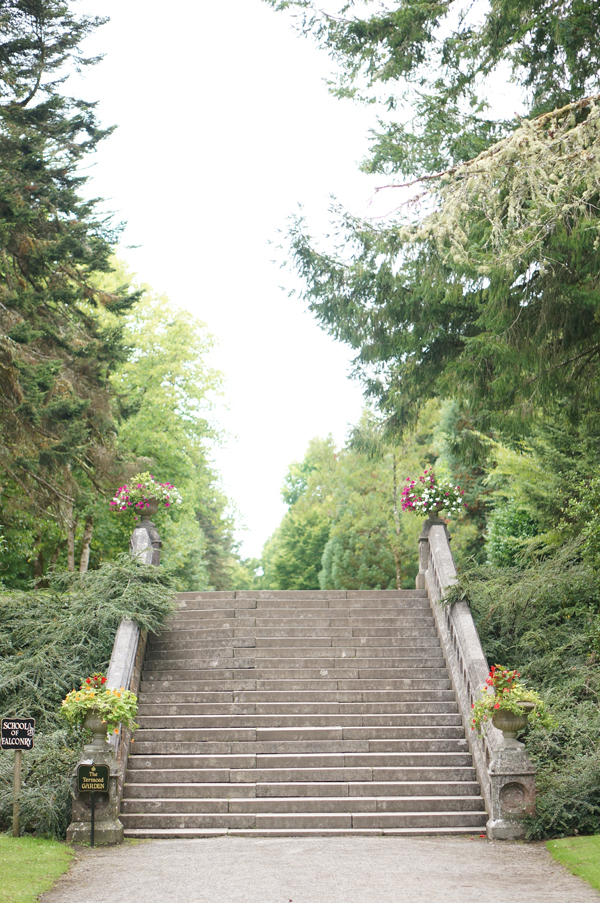 You can kinda see why they decided to film the show here.  I only wish I took more photos as I began to recognize the different areas as I watch the show – which is now on Season 2.  You can watch Season 1 free on Netflix, and what’s already been shown for Season 2 on AppleTV/iTunes for a $32 season pass.  I bought it so I am now caught up!

Doesn’t this make you want to see the show, or maybe visit Ireland?  I’ll go with you!