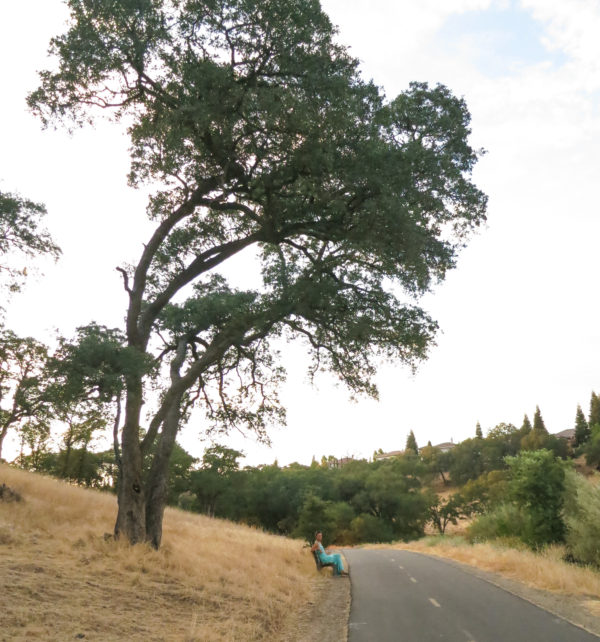 “There are no wrong turnings.  Only paths we had not known we were meant to walk.” – Guy Gavriel Kay

I spent 10 days back home in Northern California with my parents, old high school friends – enjoyed the cooler weather (except for that one horrific day it was 107!), escaping the Phoenix heat.  While I imagine being home will be nothing but sleeping in and being in my sweats, I found myself busy with a schedule overload and unable to see some friends I hoped – next month we’ll try again. 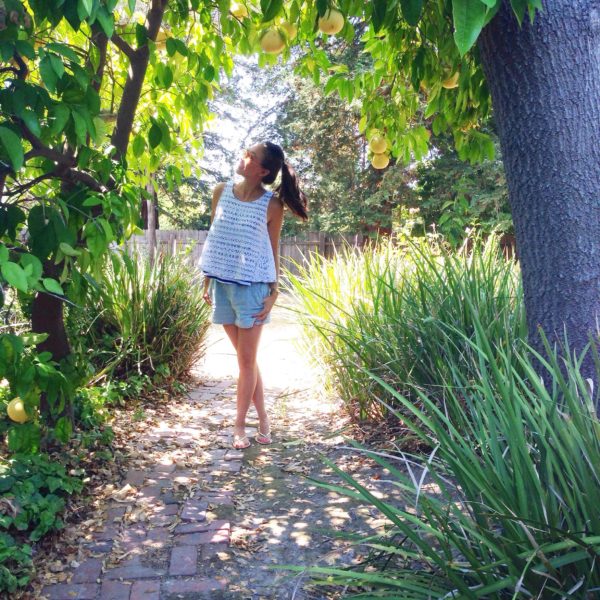 Do you live in your hometown?   If you don’t live in your hometown, every time you return do you realize just how much you’ve changed?  I still reminisce about moving home as I did last fall, after all those years growing up swearing I would never move back again because the country was so boring.  OK, Granite Bay really isn’t country-country but it is less city, more quaint, and a lake town – with 10 rated schools.  A definite perfect place to grow up and settle down – yes mom and dad, you were right and the move from Sacramento was a positive change that shaped the rest of my life.

Although it has been said that the idea of being home is much more glamorous than the reality of being home – so I’m sure visiting is more suitable.

I saw my college buddy Paris who I gifted to my parents before I moved to LA.  I always thought I’d come get him again but he bonded with my dad that I think he needed to stay, but I miss him so much. 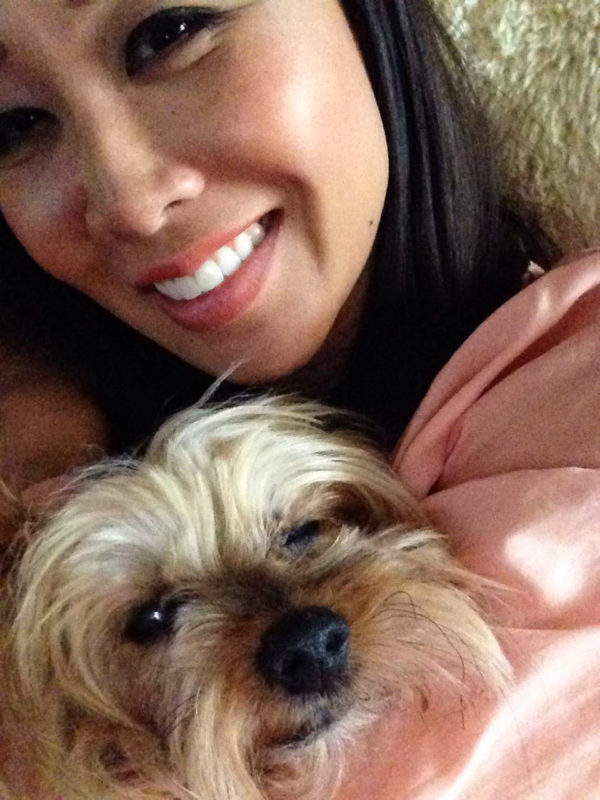 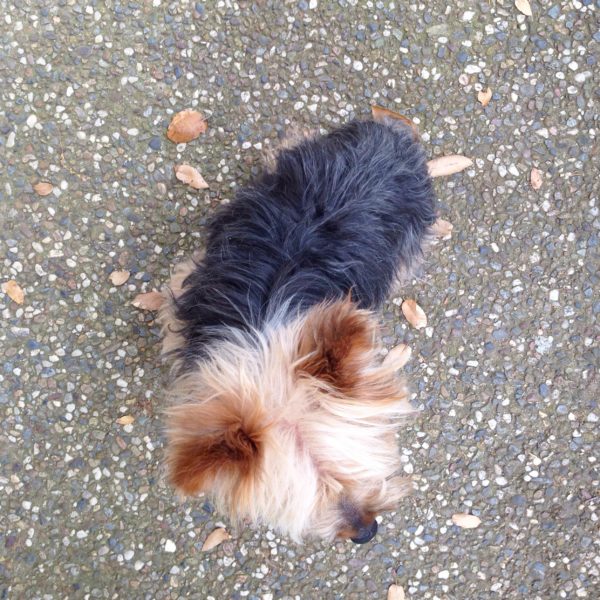 Mom gave me some of my late grandmother’s Chinese ornaments – I think they will be lovely on my mini pink tree I display in my office.  I remember hanging these up when I was a little girl.  This was my bunch, my brother gets a few as I fairly split them up. 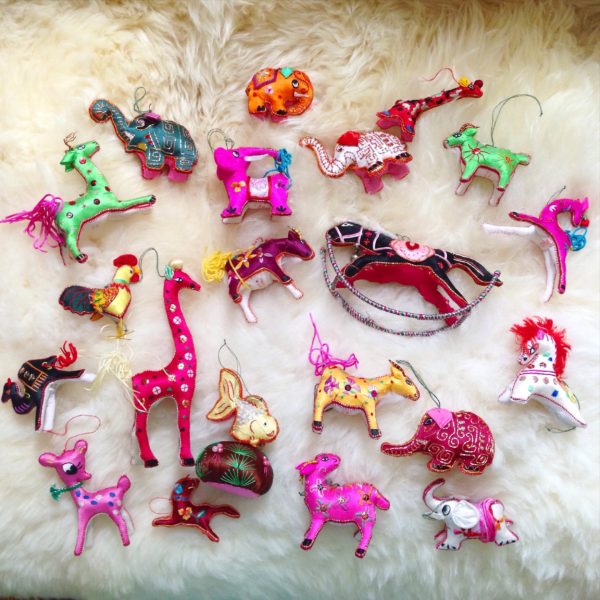 Took my parents out for dinner to TGIFridays, they were thrilled.  Aren’t they the cutest? I had a yummy buttery steak, so did dad, and mom had lobster and salmon – handcrafted goodness. 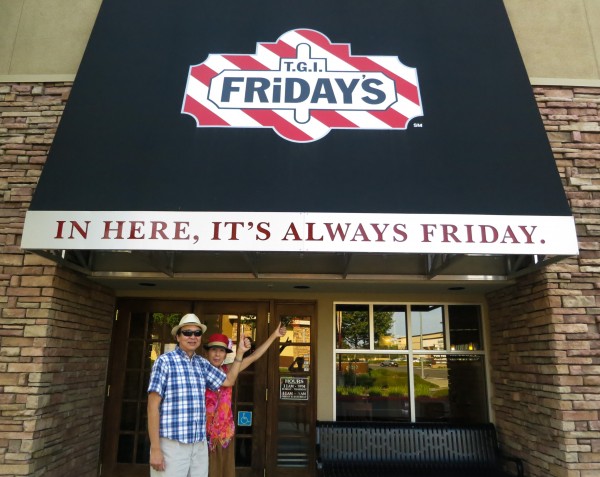 One night I hung out with some of my closest high school girlfriends.  In high school, our little group was called the Mod Squad, named by Mr. P.  It stuck.  We had colors – red and black.  It was just a fun little thing we called ourselves, you know, you do that when you’re 16.  Now on the GroupMe App which we use to message everyone, we’re called ABCD Mod Squad- April, Becky, Carrie and Diana. 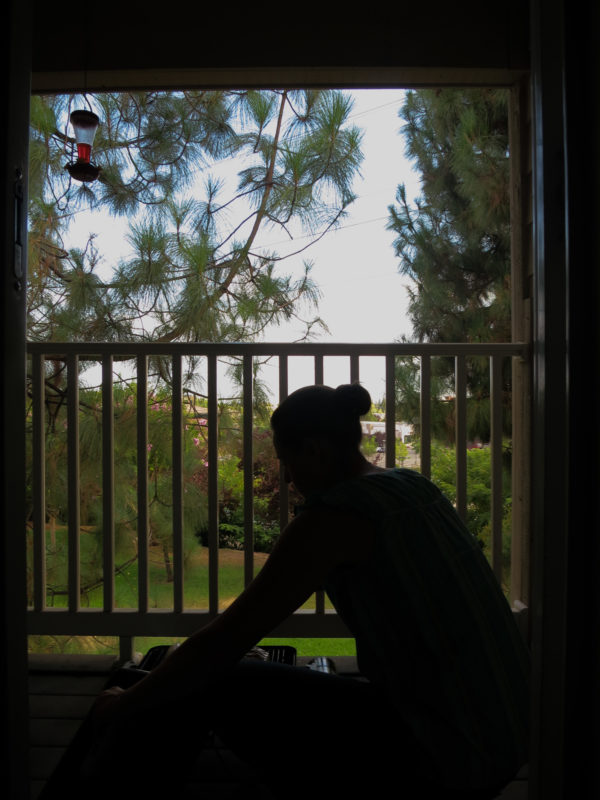 Becky grilled on her patio for us, I though it was so cute – and ended up being so delicious I had to snap a photo of the marinated chicken and halved peaches.  I overdosed on produce when I was back home, I should have turned into a nectarine or plum! 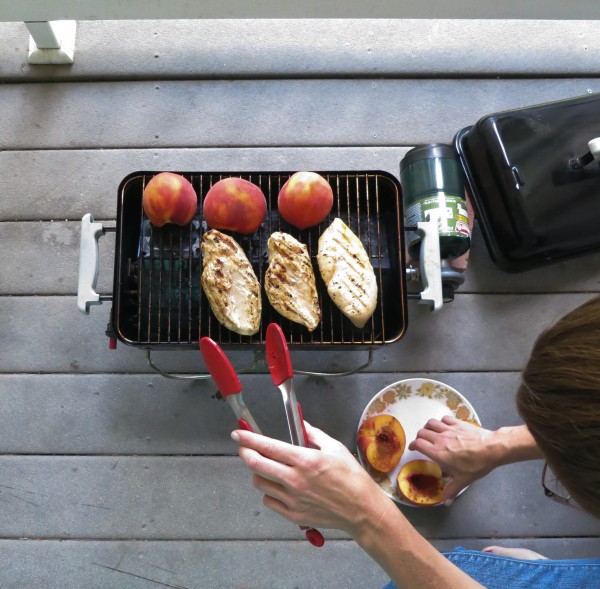 We ate dinner on Becky’s parent’s wedding dishes – so Anthro, right?  Carrie proceeded to cut her chicken so nicely so I took a photo of her dish instead of mine.  She was proud. 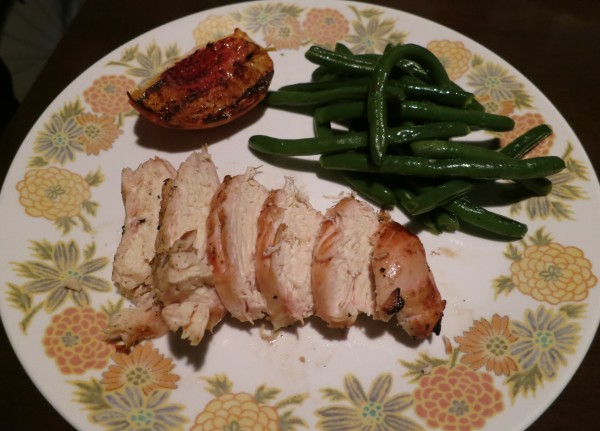 Good chit-chats and a suggestion to take a nice evening stroll sounded perfect.  I made a new friend – he’s green.

I don’t know why, but I am convinced if praying mantises were an ethnicity, they would be Asian because I think they are going to karate chop and do some tai chi.  That also reminds me I planted two praying mantis eggs in our garden late spring and never saw the little guys around.  I love way they look, I think they are so beautiful. 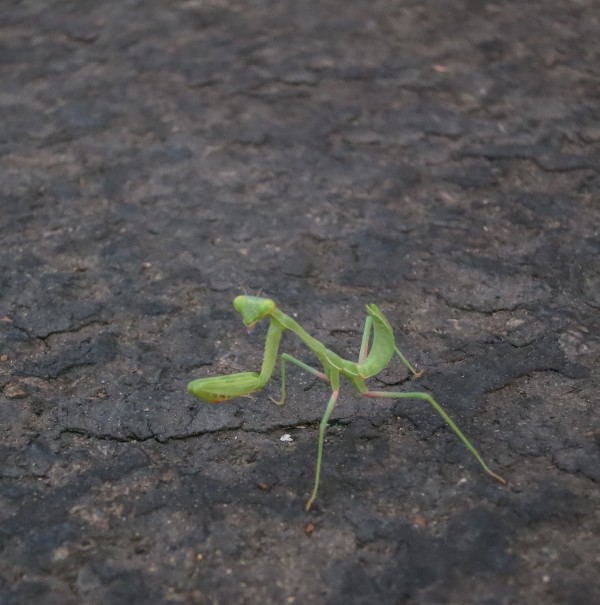 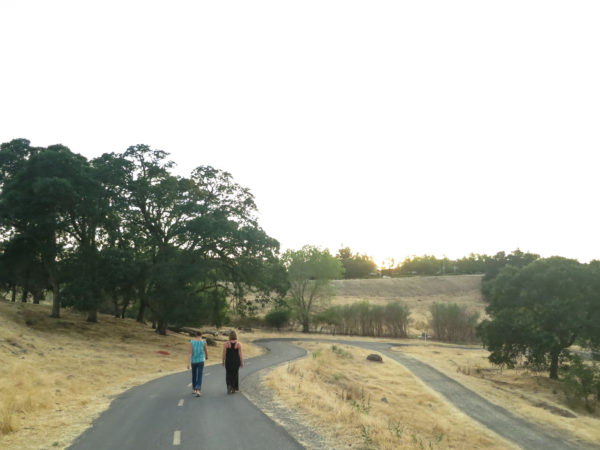 Time with home girls who have known me since I was 11 are just the type of girls who allow you can completely be yourself – even if you revert back to being 14.  I swear I haven’t changed much, I still jump into conversations completely unaware of what was said before (I should have been listening but I rarely do), and I make them repeat stuff.  We laugh, we have the same habits, but yet we’ve changed.

California is having a little drought going on right now, hence some dryness.  This little squirrel was barking at me, not happy I was taking his photo and then I got a flashback of the Griswold Christmas tree scene and decided I would not coax him to come closer.

How I feel about being home?  Hip, hip… 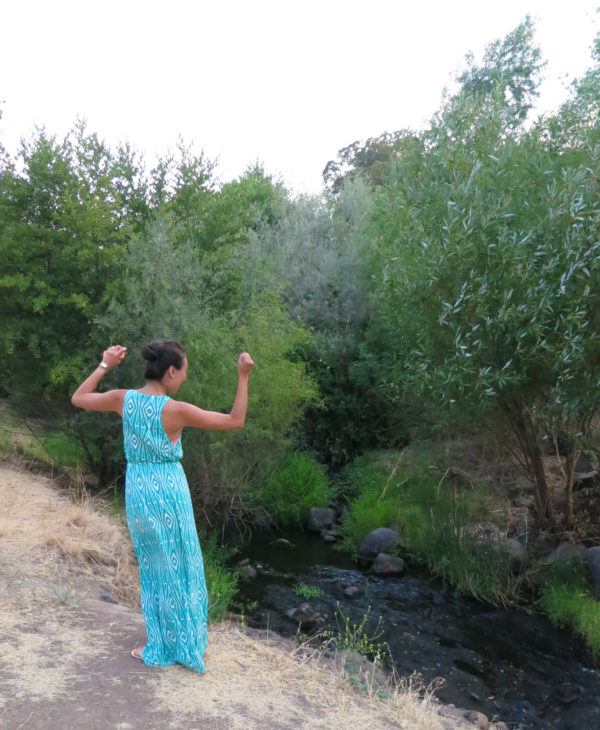 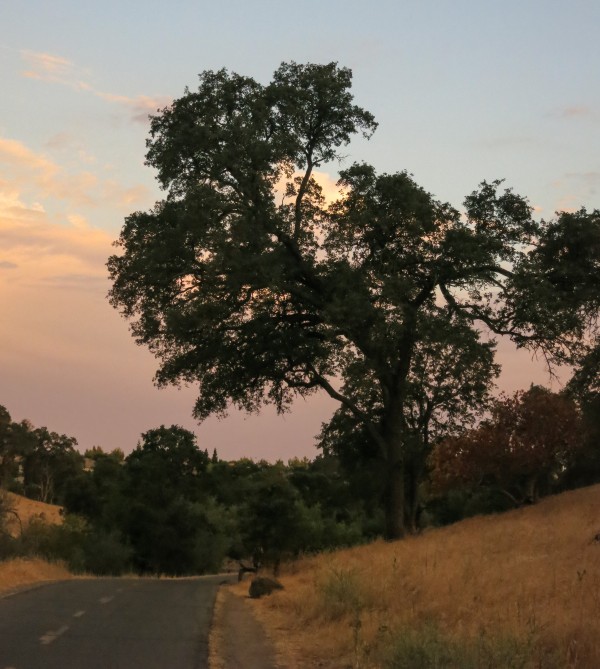 We talked about life, relationships, babies, and our parents – mainly about how we are hearing about wills and how to handle life after death, a completely different stage in life that none of us really thought about.  I think during our walk I listened more than I talked.  I was taking everything in, the sights, the feeling of just being.

Diana Elizabeth extended her upcoming trip back home next month by two days, just like that. 12 days is much better than 10.  She can probably bear Arizona summers the more often she’s gone!

There are 8 comments on There’s no place like home.