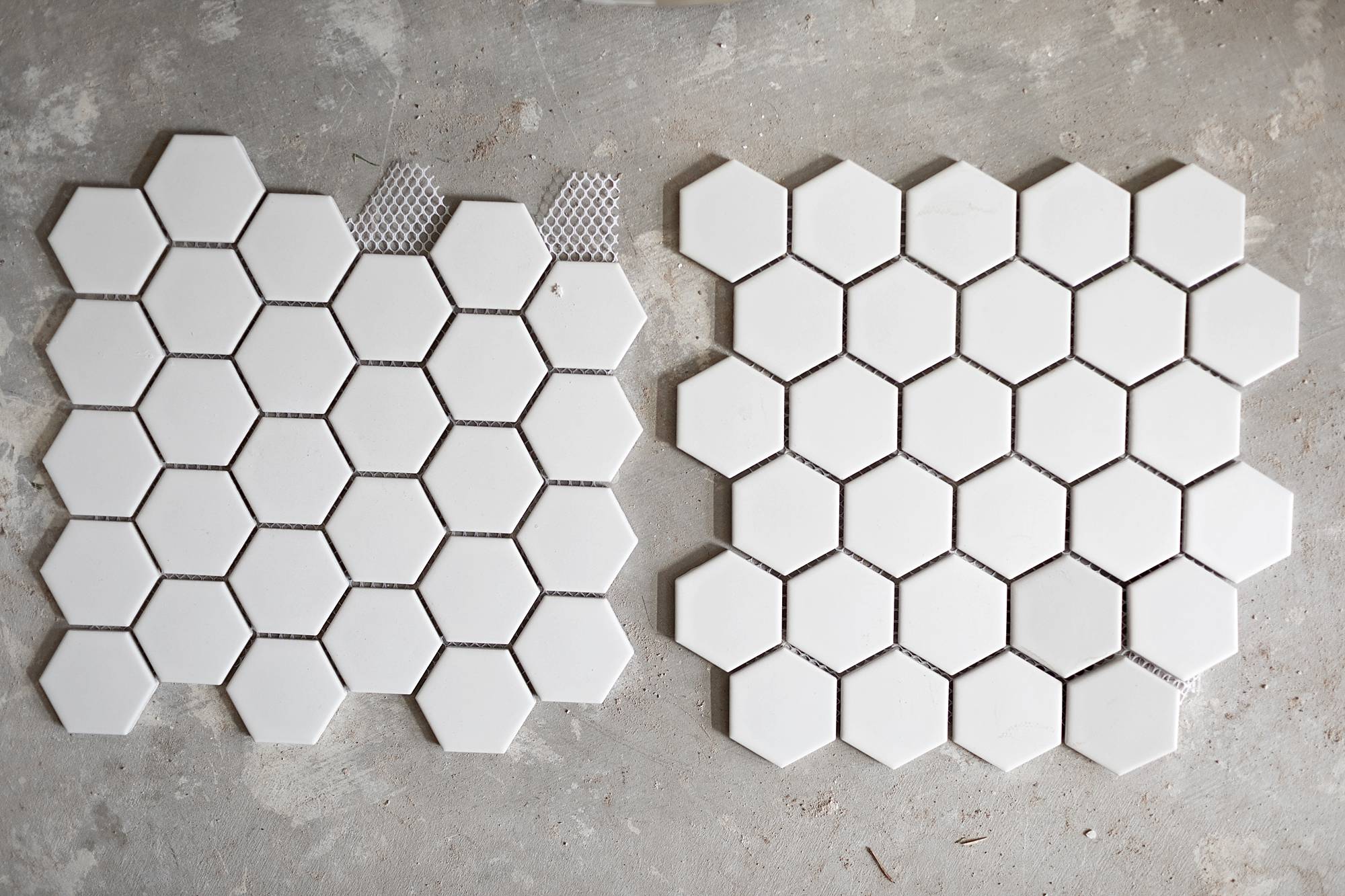 I don’t know if I’d call it a debate, but perhaps a preference.

Which way should you place the tile orientation for hex tile?

I never thought about it. I have a funny story about hex tile. I thought I didn’t like it. Too modern – when it was too large, and just didn’t love it. But when I saw it in a marble hex, I loved it. But then I saw the marble tile price tag and maintenance manual I decided I didn’t like it as much as I thought.

I am pretty sure I mentioned hex tile and how I think I didn’t like it to Michelle and she laughed and said, “You have this shape all over your house – look at your lamp shade.” And it’s true, but the orientation resembled a honeycomb – pointy side down – altho a honeycomb can still look like the flat side (I guess it’s how you see it!).

When I was at the tile shop, a designer recommended a hex floor – yep. And for some reason I liked a large hex again. I don’t know if it was the way she presented it, or I just needed another look but I decided a large hex tile floor would look great in the bathroom and a 2″ white matte hex would be fantastic in the shower. 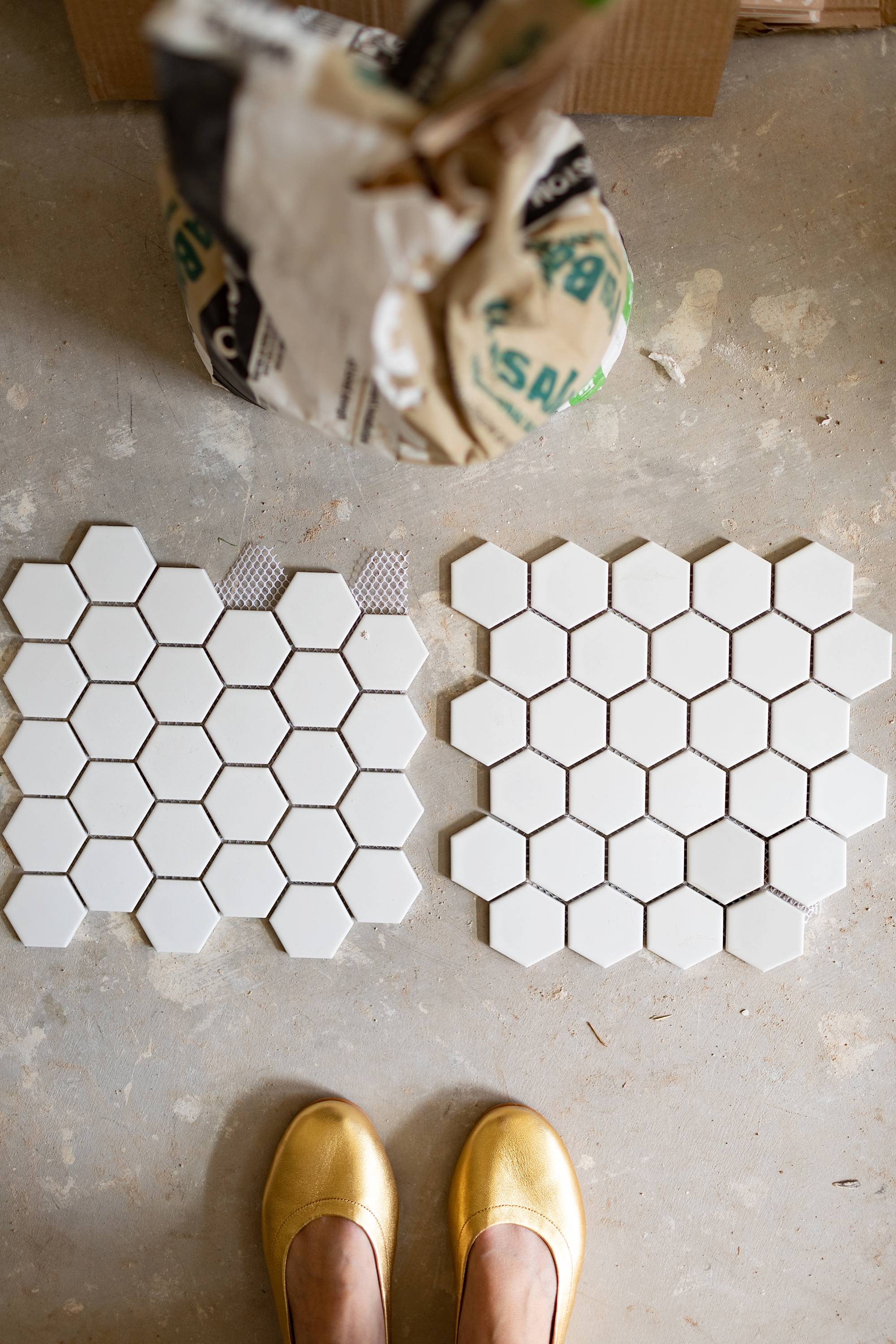 It wasn’t until the tile guy came and laid it out and asked me about the orientation that I realized, one way looks so different than the other. AH!

Then there’s also the size of the tile to take into consideration. There’s obviously no right or wrong when you search on Pinterest. We’ll be laying ours with the flat side – yep that modern look I thought I wasn’t into, but clearly am – but as you’re walking to the shower you’re going to see a different orientation!

So which do you prefer? Flat (left) or pointy (right)?

There are no comments on The Debate of the Hexagon Tile Orientation.