Skip to the content
HomeAt HomeReady for Entertaining with Legrand 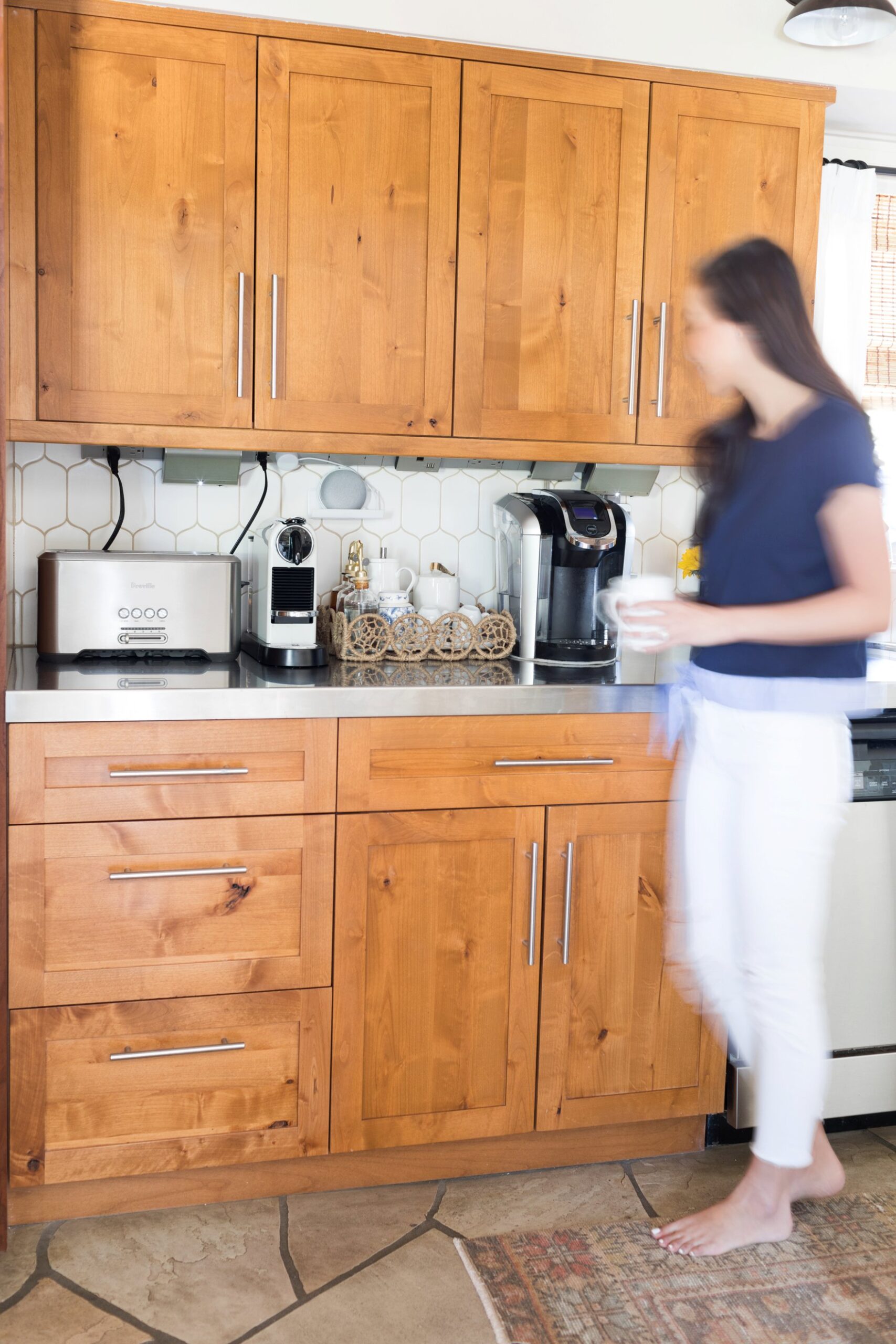 Ready for Entertaining with Legrand 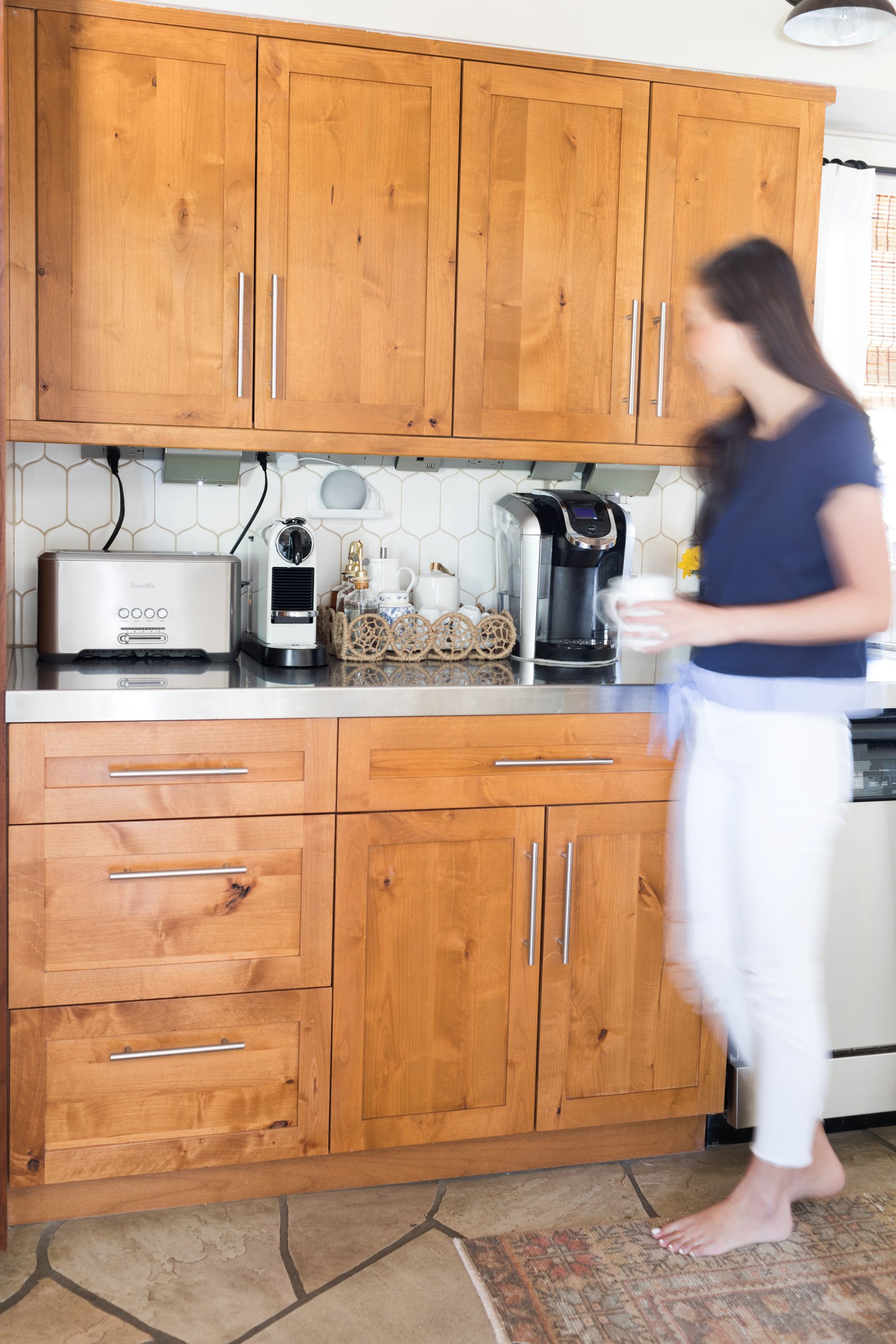 Do you want to hear the saddest morning routine we’ve had for a while? Make coffee, unplug one of the coffee machines and plug in the toaster – because we only had a single outlet. Adding another outlet was something I should have thought about when we redid our kitchen backsplash however the toaster had always been on the other side of the kitchen cabinets – it made no sense after I realized you’d have to carry the bread and butter all the way over there.

But since our backsplash is complete, there’s no chance we want to rip out the backsplash to add an outlet. So what to do? In came the adorne Collection by Legrand and its Under-Cabinet lighting System that features charging cradles, LED lighting, and hidden power outlets you can customize! There are also optional speakers – for the ultimate host! We used a plug-in control box, you can see it right behind the Keurig if you look closely. 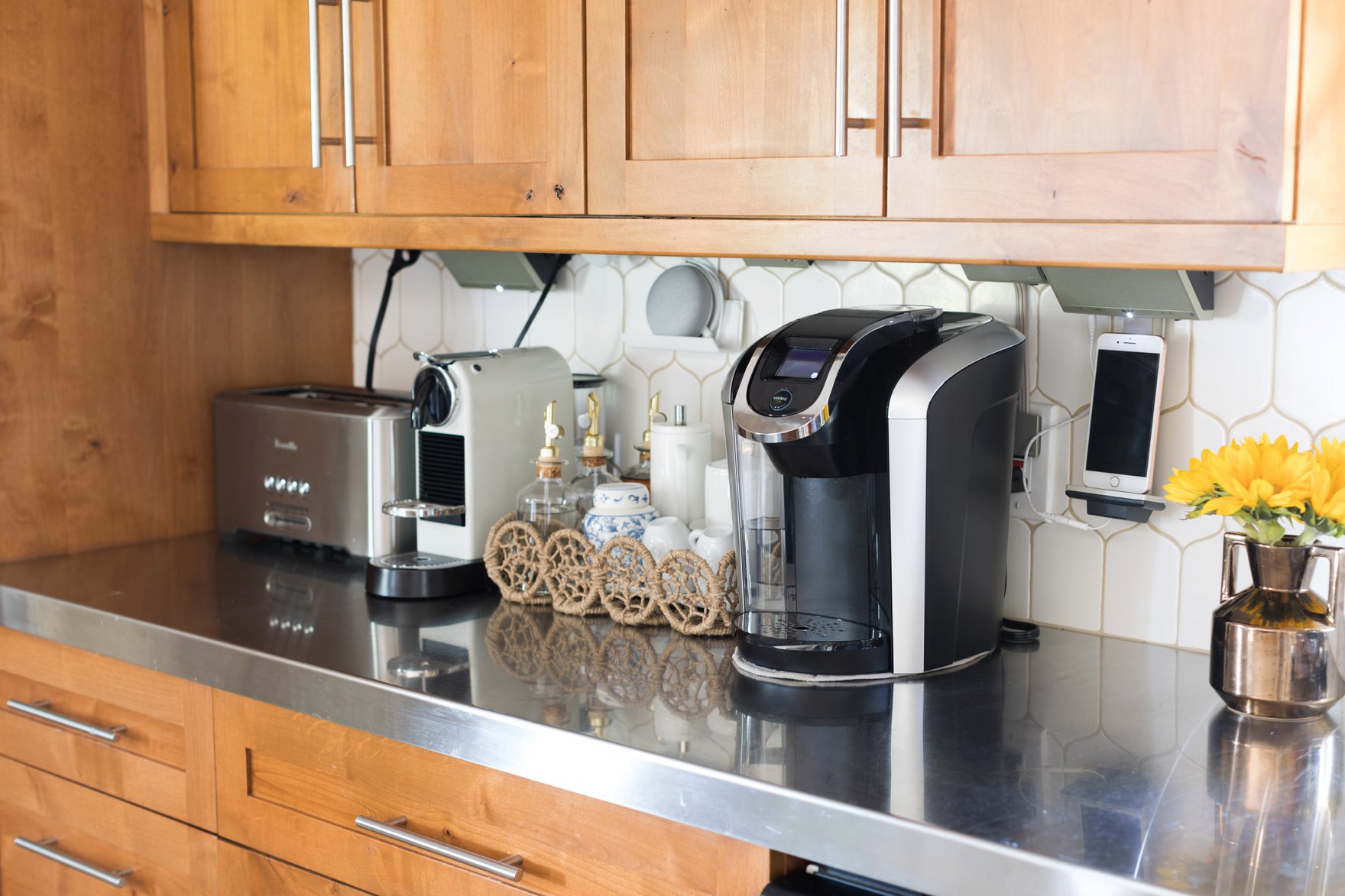 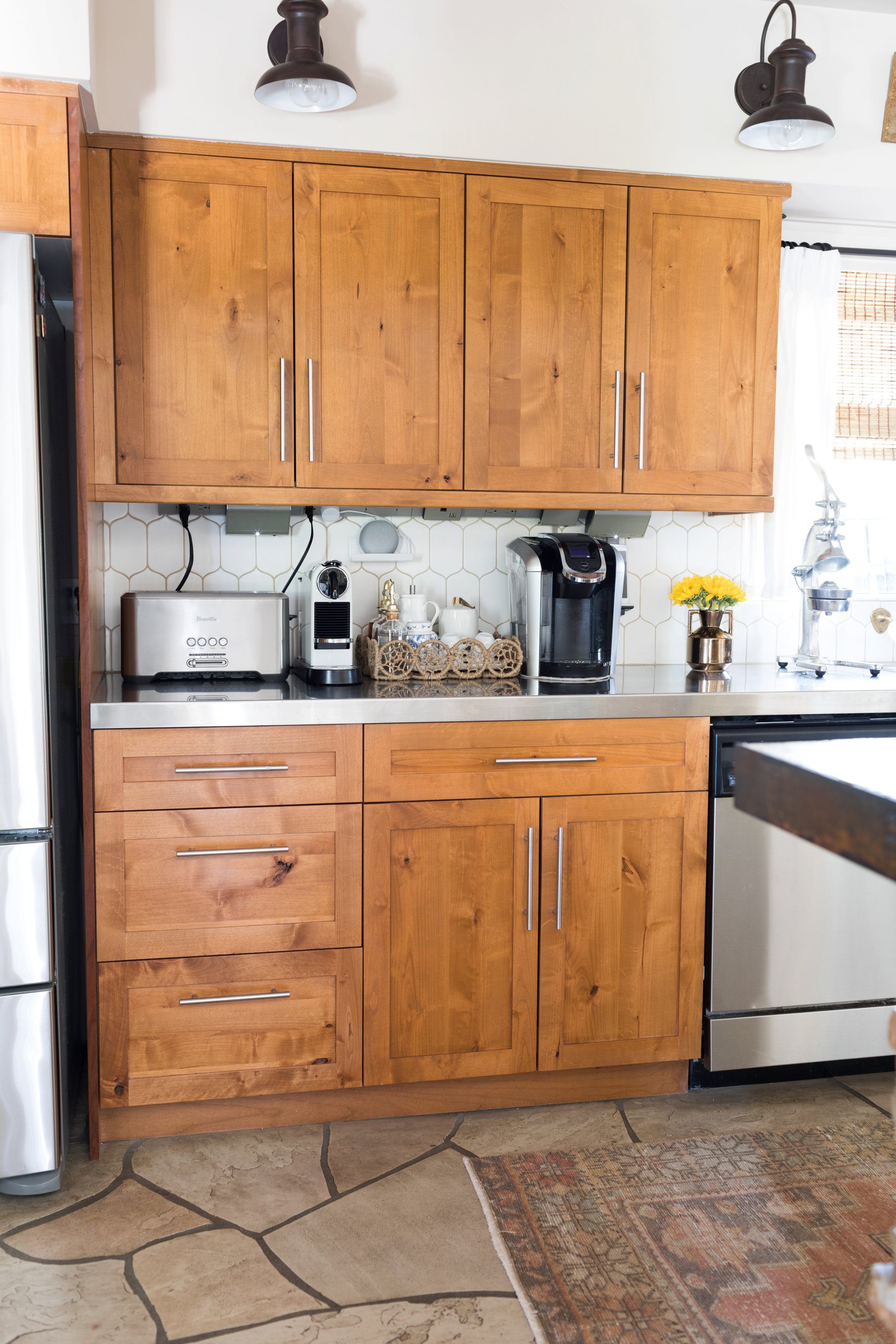 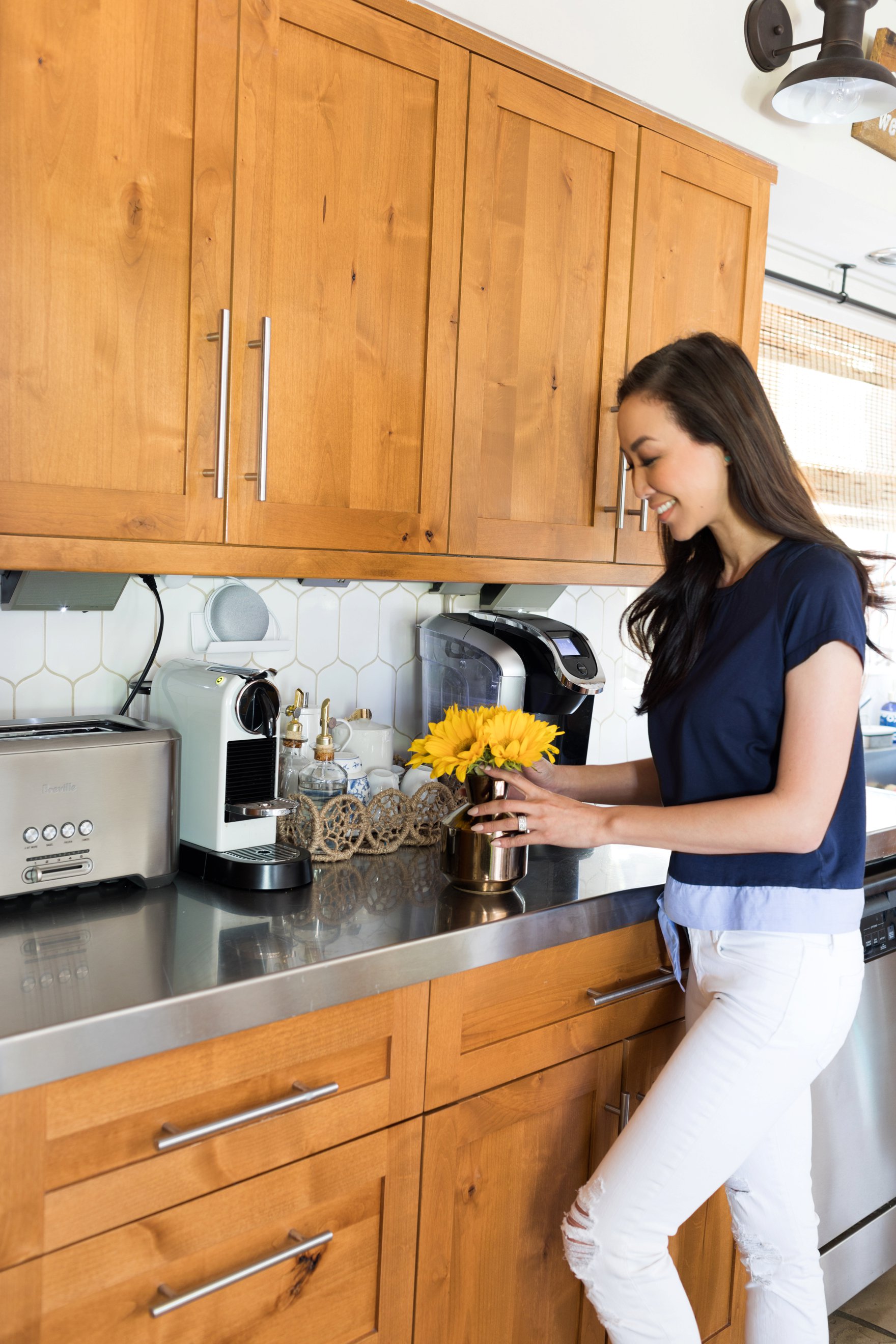 You can’t see the under-cabinet strip while standing, it’s tucked under the cabinet quite tightly. The color options include titanium and white, and I love that you can easily swap out USBs, outlets, and you decide where they need to go.

If you change your mind, pop them out. The cradle is for charging phones but I wanted to rest our Google Home Mini on there so it didn’t take up any counter space. 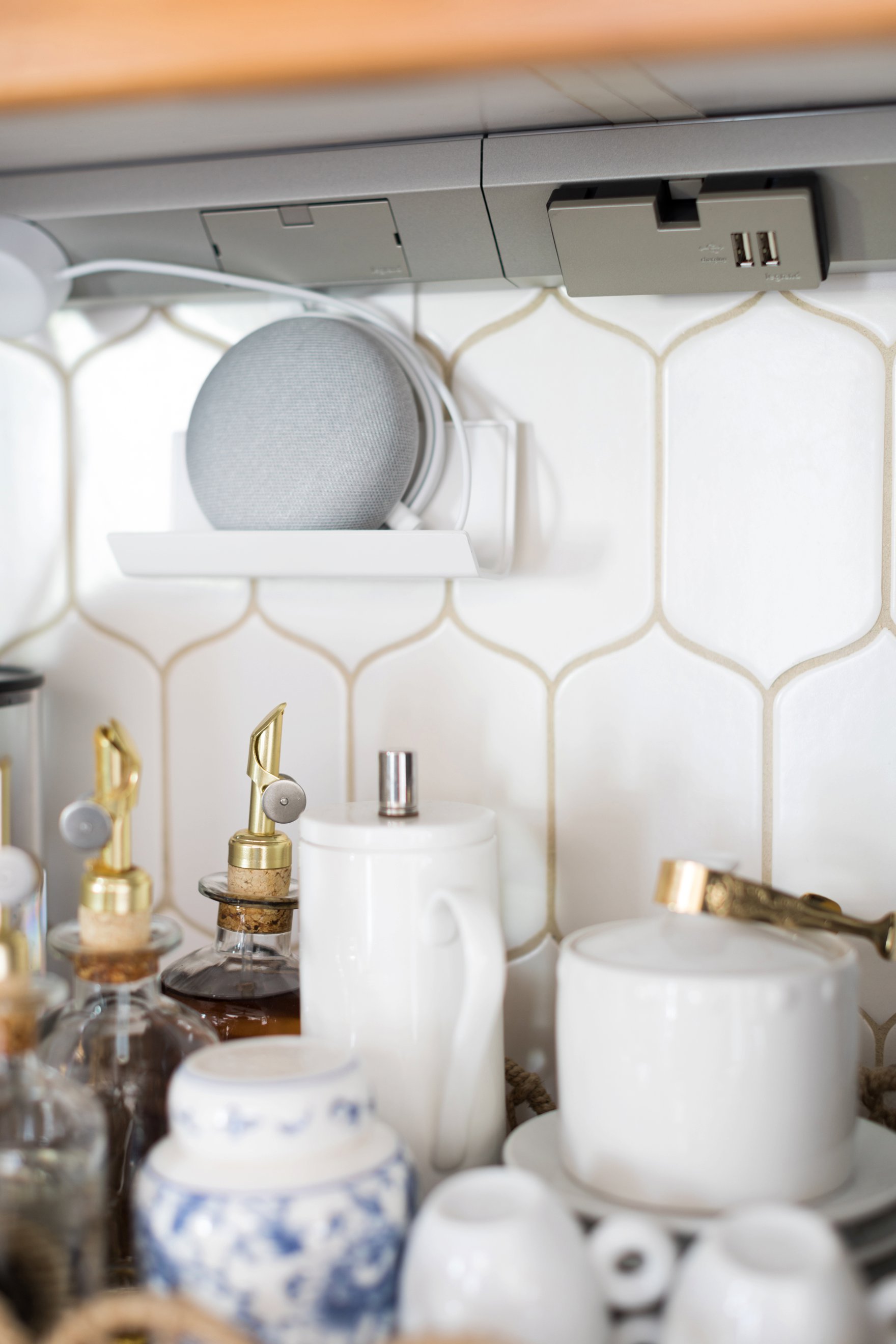 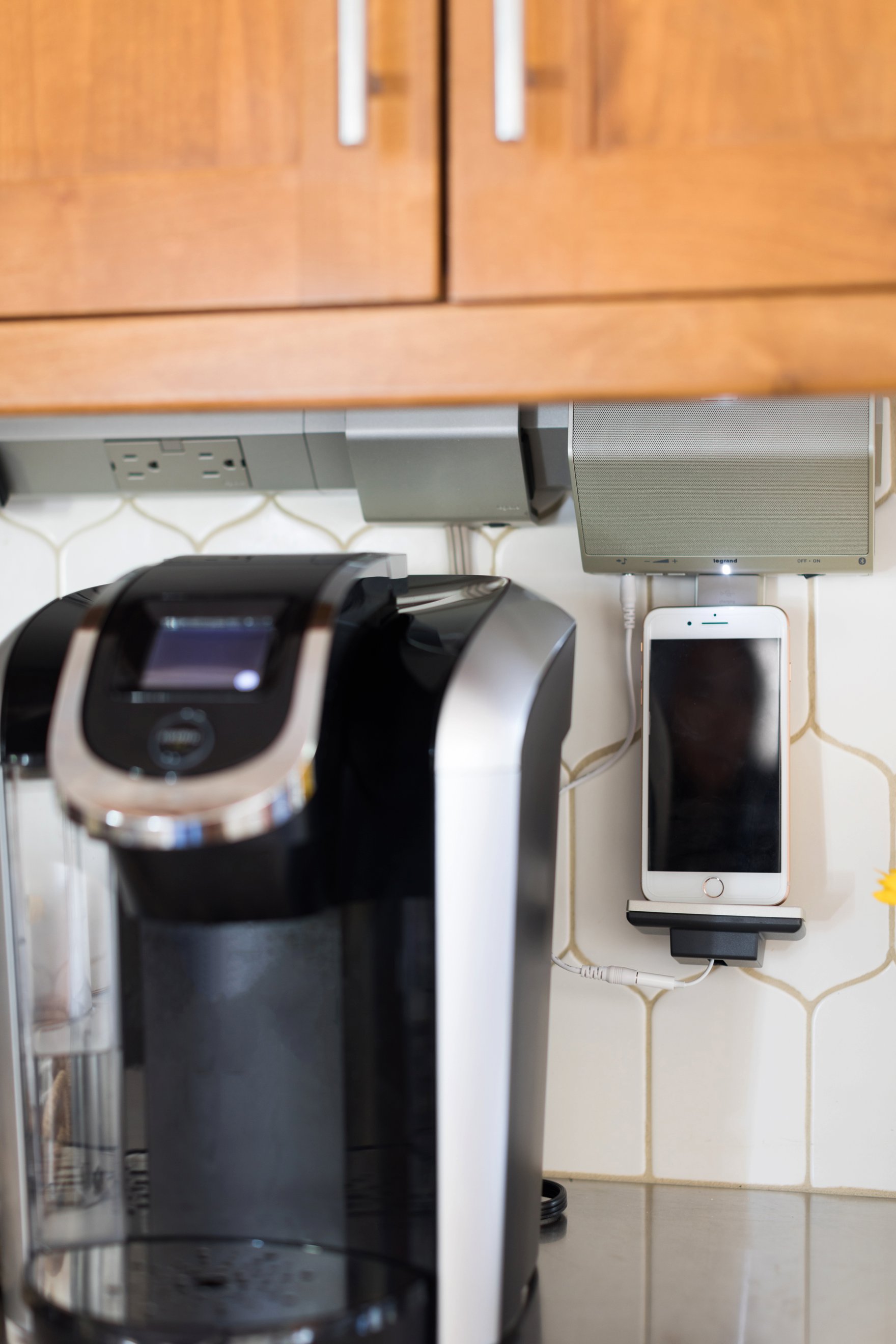 The music addition is so crisp and sounds like a party! It has two speakers – if we had two of these systems on the other side that’s where it would come in handy for a surround sound. Here’s a good look at what we have going on under the cabinet – it was easy to install, Benjamin and I did it ourselves.

And you know what I say, if we can do it, then anyone can. 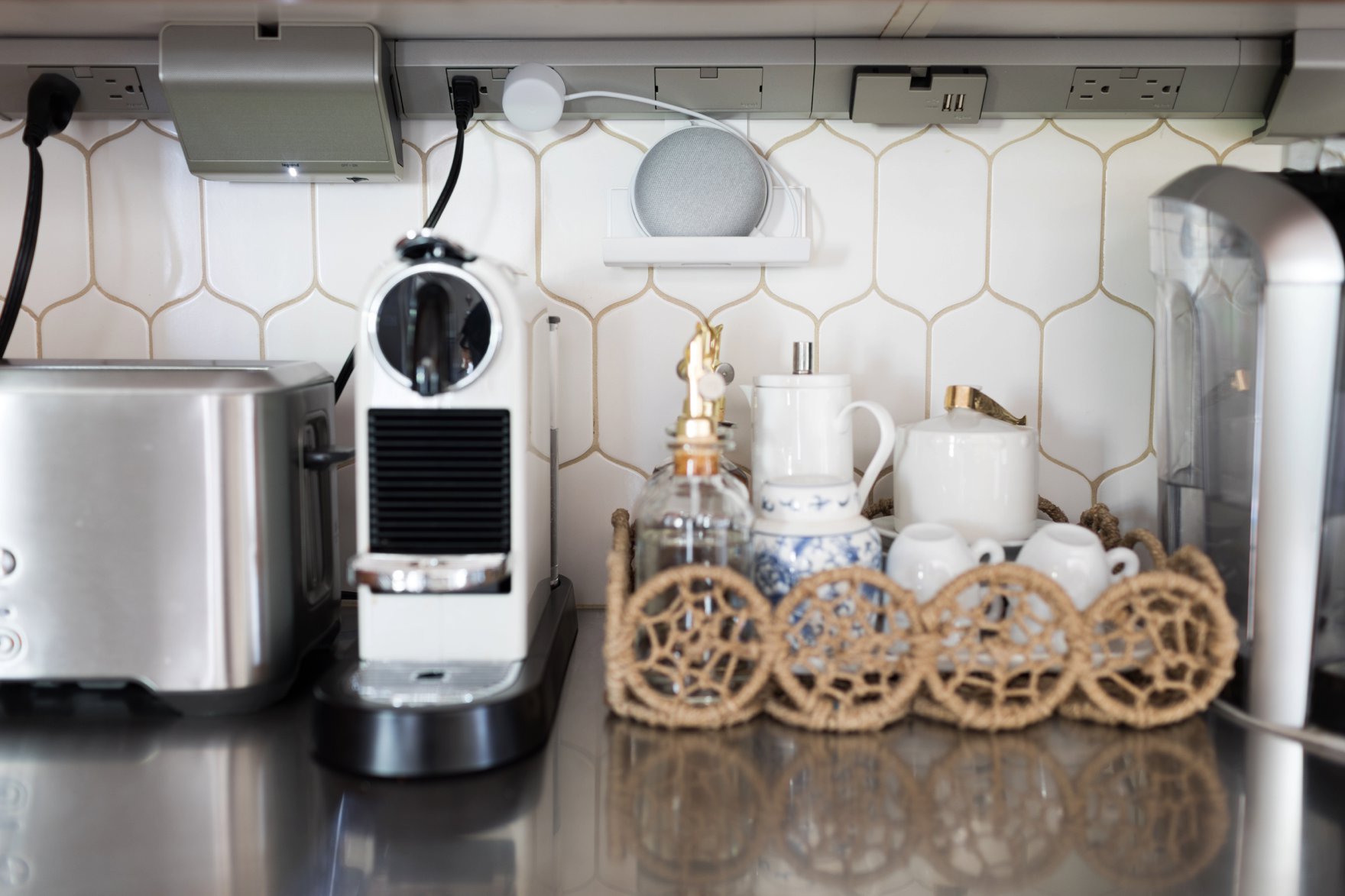 Legrand might sound familiar, they sponsored the HGTV 2017 Smart Home – and how funny I had photographed the architects who designed that home! In addition to a new rug in the kitchen (did you catch that lovely vintage kilim rug from Turkey?)

I swapped out a few outlets around our home, just by myself – just me and a screwdriver, and replaced some switches with the adorne Collection by Legrand. Does anyone watch This is Us? If you remember Randall’s youngest daughter telling Randall’s biological dad that to turn on the lights in the bathroom just wave your hands? It’s a motion sensor switch – well Legrand makes a light switch like that! I was like, hold on, I need this for places like the garage, photo studio, bathroom, a place where you want the lights to turn on as soon as you walk in – I’m thinking maybe even the laundry room too.

If there’s one thing I want you to take away from this is that every light should be on a dimmer (unless it’s your closet or a place that you need full light). It’s the only design advice I have for you that I know is 100% correct and I’ve heard another designer say this and I was like, yeah! I knew that was a good idea.

This is our hallway light and I’ve wanted it on a dimmer forever and finally put one in! Look how sleek it is – and yes, I got a new sconce from Anthropologie. The only thing left is adding a Nest thermometer which is on the to-do list. 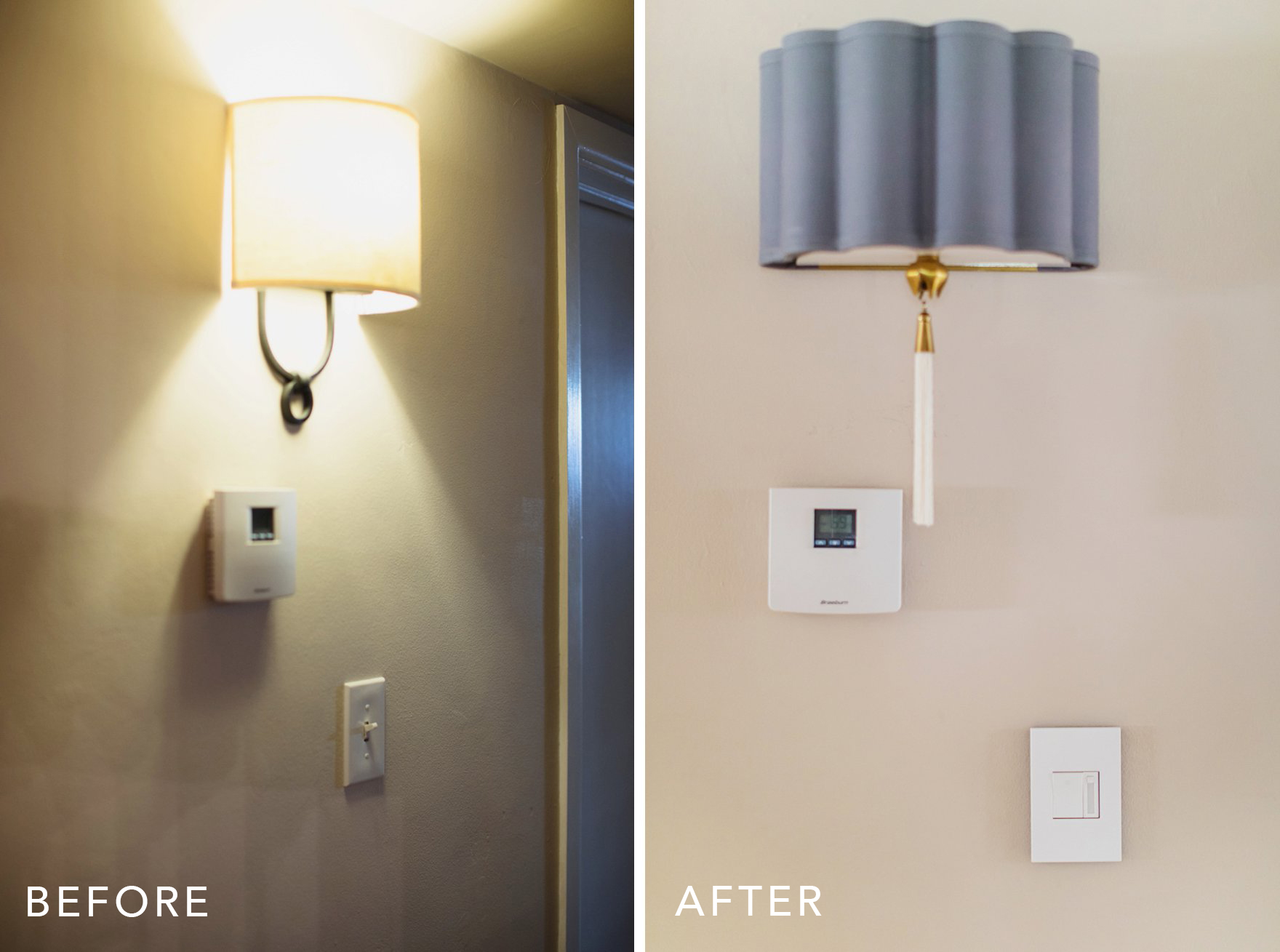 In my bathroom I did something super fancy – I added a dimmer for the lights, have the fan switch and also added a night light all within the size of a typical two plate wall switch.

The night light (the far left that looks slightly transparent) has three levels of brightness. They also have a nightlight that pops out so kids can pop it out and take it with them. I installed this myself!  The rest of my house is waiting for their upgraded switches, I’ve already started to make a list  – they also have unique pop-out outlets and beautiful wall plates to fit any decor, and fan switches with speed control like a dimmer switch but for your fan’s speed!

Check out all the switches dimmers and outlets here.

And before we go, here’s a quick casual video of an explanation of what I did if you still have any questions! Sometimes it helps to get a walk through so here you go!

Thank you Legrand for sponsoring this post. Thank you for supporting brands that support this blog. All opinions expressed are my own. 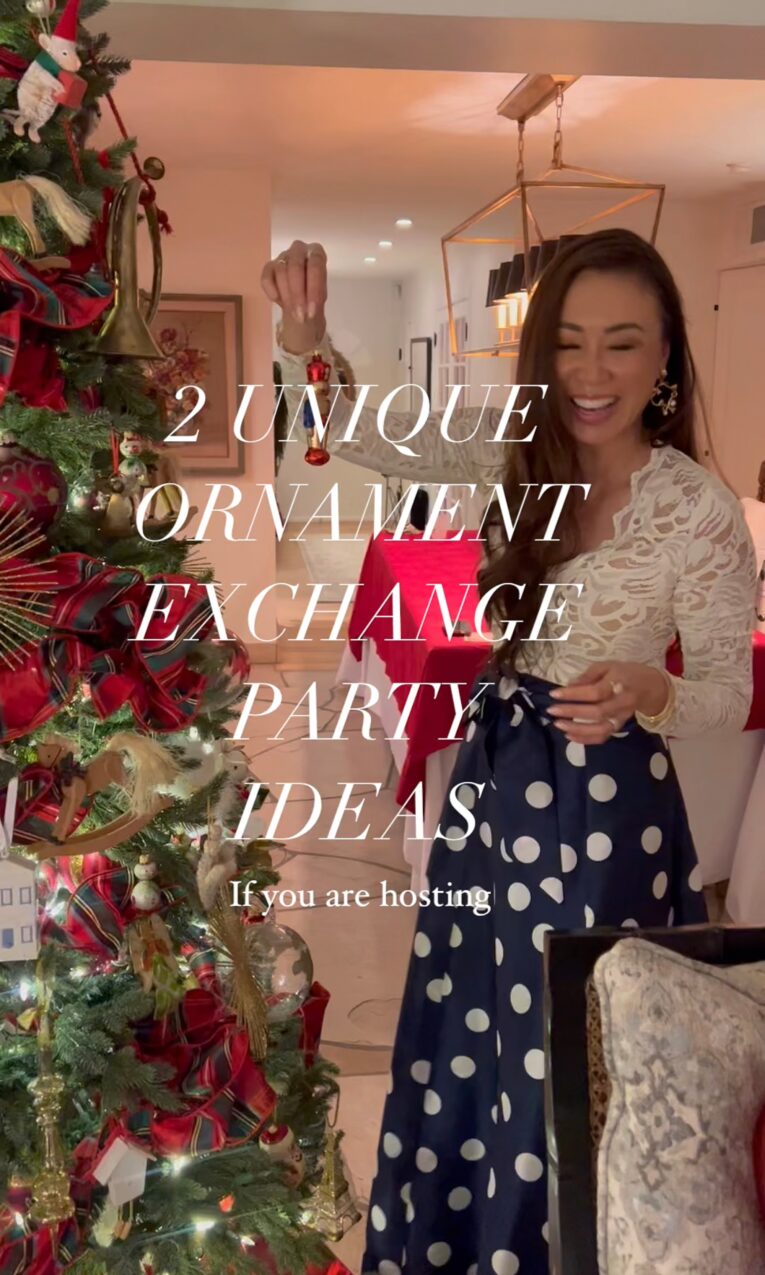 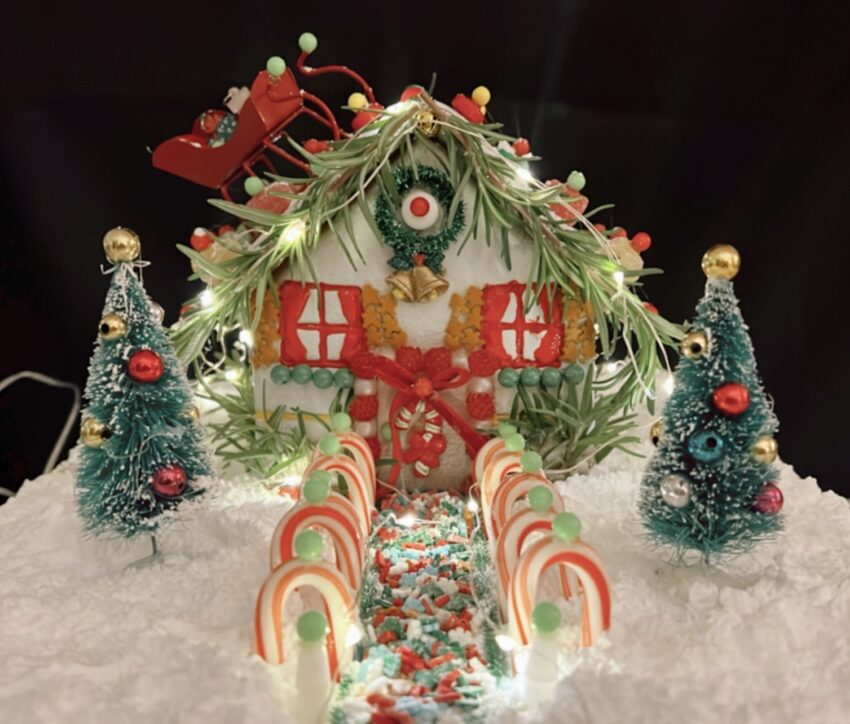