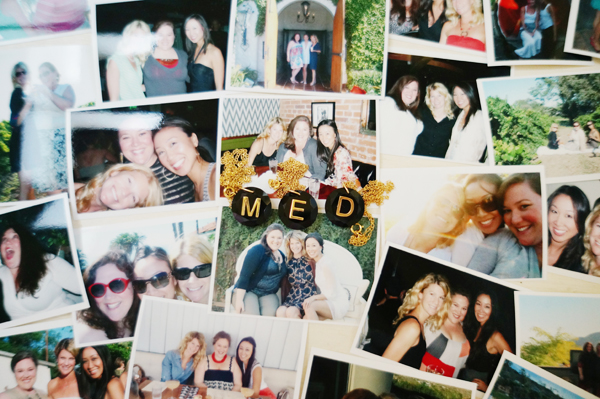 
This scene encompasses 12 years of friendship.

In my life, and I’m sure yours as well, I have several groups of friends from different parts of life. This is Club MED – Melissa, Emily, Diana. We spent a few years of life together in Los Angeles. I met M in college, and met E at summer NBC internship and introduced the two. We were fresh out of college with big girl jobs in the television/PR industry. My first job, The Sharon Osbourne Show, Melissa’s first job, PR at Paramount Studios, and Emily, PR at Burson-Marsteller. We played a lot in Los Angeles, we were 21, 22, and we would go to the beach, plan dinner clubs, go each other’s industry events, and we’d laugh, eat, take a bunch of selfies.

Two years later, I moved to Phoenix for a job.

Let me tell you about this pic, a super oldie in Santa Barbara. 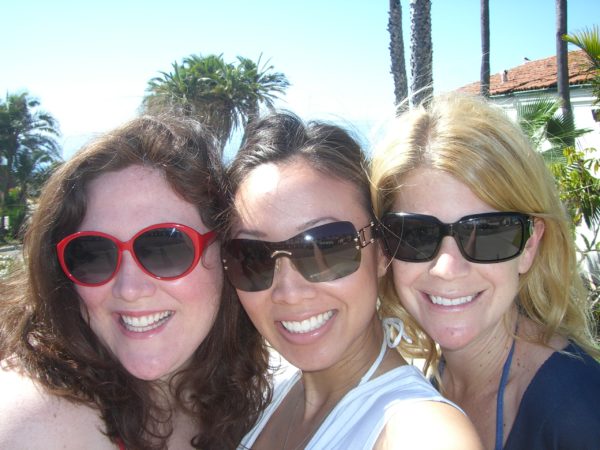 Many years ago, I found myself single right before THREE WEDDINGS! In a panic, I called Club MED – both were still in LA, and asked what they were doing the following weekend and if they wanted to pick me up from LAX, drive up to Santa Barbara and hang out at the suite I booked. I know they both had plans, I know they did.

But without saying they did, they were there. They met me at the airport, and we drove up. My brother filled in as my date, and I was so thankful to have such amazing drop everything for you friends. I know that weekend they made me and my broken heart a priority, because that’s what true, selfless friends do. 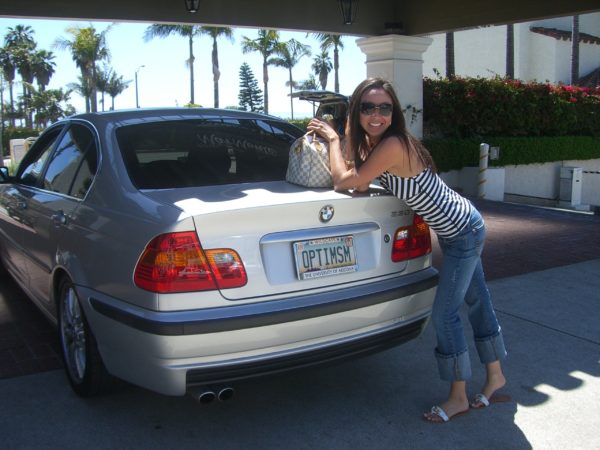 Spotted on our way out – just when I needed it, Optimism!

Soon after, Melissa moved back to Phoenix, and Emily left LA for a job transfer to San Francisco. We filled time with additional visits for celebrations and just time together, and so our story picks up this past weekend, another Club MED vacation to visit Emily in her new habitat.

I wanted to celebrate our reunion with an initial necklace, it seemed so fitting with our trio name. So I placed an order for M, E, and D initial necklace. There are so many different yet same initial necklace pendants out there, these really stood out.

I wear a lot of black so I hope picking the onyx was the right choice – the necklace comes in a variety of colors. A Club MED in San Francisco report on the blog soon!

There are 2 comments on Gold Plated Initial Necklaces.