Did anyone else subscribe to HBO Max just to watch WW84? We certainly did, and then we (or I) started to binge watch a lot of other great shows, they got us! I saw a few movie poster looks for WW84 and of course, couldn’t help myself! These are the creative projects I live for! 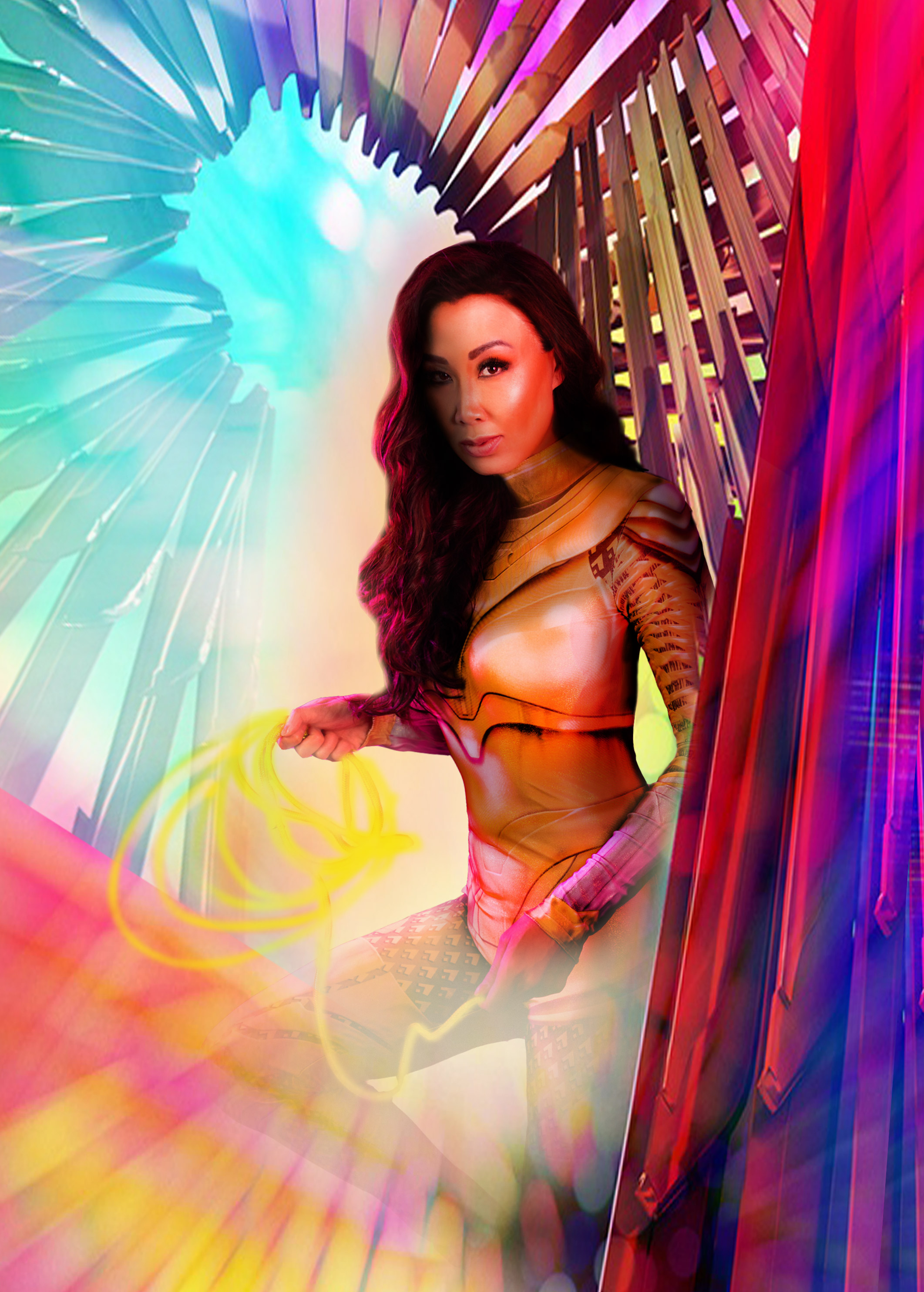 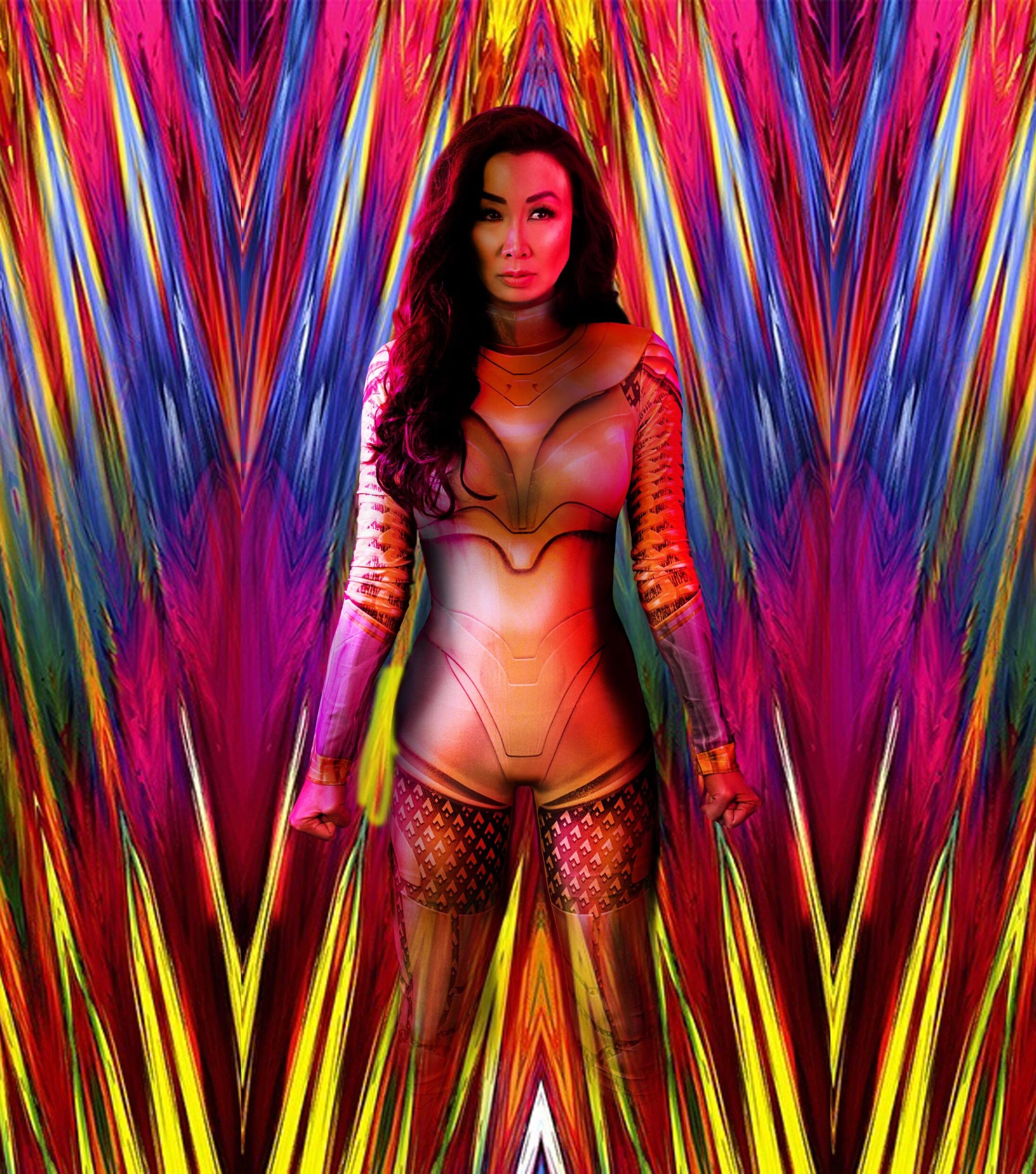 Boy we could really use Wonder Woman right now and her lasso of truth, couldn’t we? *sigh* I love Gal Gadot, she is just stunning and such a classic beauty – not to mention a phenomenal actress and I think so perfect for the latest Wonder Woman movies. Did you know she was Miss Israel 2004? A fellow beauty queen so I know her work ethic is most likely amazing (I always tell Benjamin if I were to create a business where I needed to hire women, I would hire women who did pageants or are former athletes, they know what it takes to work hard and not give up!).

I love doing these creative photo edits include – and just an idea of what I do in order of creating these images:

It seems as though I’ve gone straight Comicon level, but in actuality, I just love creativity and photography – but also the creation of looking like the character. For me, creating these images is not very difficult. I know what to do, and the only thing is sometimes I try so hard to make the version I’m creating identical and then Benjamin steps in and tells me, No you want to be a little different because exactly the same is boring. If you do it identically you may as well just photoshop your head on her body.

So I try to make these my own and stretch my creativity while having fun. I don’t really have a motive for creating these images. Sometimes I wonder I can monetize it (something every entrepreneur does), but I realize once I do, it won’t be as fun anymore. It’s crazy when suddenly something you love starts getting annoying once it becomes your job (not all the time, but it stops being a hobby and turns into a business). So I want to protect this for as long as I can! But we’ll see! Never say never.

I will update this section in a day or so with the IG stories of the BTS video so you can visually see the set up, but for now, I’ll explain!

I had planned on using just two strobes one with a pink gel and another with a purple. Those are the only colors I have aside from red from my Twilight Vulture look (see it here). Anyway, I realized the front of me still needed to be illuminated so I turned on my third strobe and had it on the lowest setting to have that pop of light.

It was important for me to get a hair light and also a glow around my costume which you might know from buying your kids costumes are not amazing. They are just bodysuits – and well I’m OK with that because if I wasn’t I’d go broke buying these looks – and I’m not going to Comicon but you bet if I did I would totally have a homemade costume LOL. Anyway!!

No wind necessary which is great, I set the camera on a tripod to make it easier.

The lasso is real part of it anyway. I Photoshopped more loops when I realized it would look better with more!

The background layer is from DC Comics, they created some Zoom backgrounds which was perfect for me to just photoshop myself on the back.

I also shot with a colored background – the reason being I knew it wold be colorful around me and I might leave some background color and white would illuminate the wrong colors with bounce back creating a white hair light or glow I didn’t want. The color backdrop is just a cloth I’ve had for years.

The costume came with some wings which the idea was great but they were pretty small and I noticed I didn’t need them so I just took them out of the final image. Sometimes things don’t work out like you planned. I was going to do the third image with her large wings and as I was editing it I looked and it just didn’t look or feel right that I decided to stop working on it, it just wasn’t going to work but I had two other solid images.

I also added highlight by dodging my face where the light seemed to fall flat to give my face more dimension and also made another layer for half of my face to be orange instead of a pink/red tone.

And that’s it! I having some more looks that have been waiting to be posted but I just need to get moving on sharing them! Thanks for supporting what I do, it is fun to hear your reactions.