Many of you know that I’m a wild Wildcat! I’ve been so blessed to work closely with my alma mater this year on several occasions and so when someone says UofA, I’m there! I would do anything for my alma mater.  I was excited to hear Shamrock Farms was having a tailgate event at ASU for the territorial cup game and so Benjamin and I went to check it out – with my flair on and all. I have worked with Shamrock Farms for years through blogging – if you do a search for Shamrock Farms on the blog you’ll see so many posts with recipes, and events and I am so thankful to work with a brand that also supports my alma mater (the company also supports ASU).

Shamrock Farms had a unique presence with a Beat the Heat challenge tailgate right by the stadium. The challenge was for two contestants from opposing schools to eat a spicy hot wing or two and wait two minutes. First person to reach for the milk, loses.

Make it past the two minute mark, earn a point for your team! 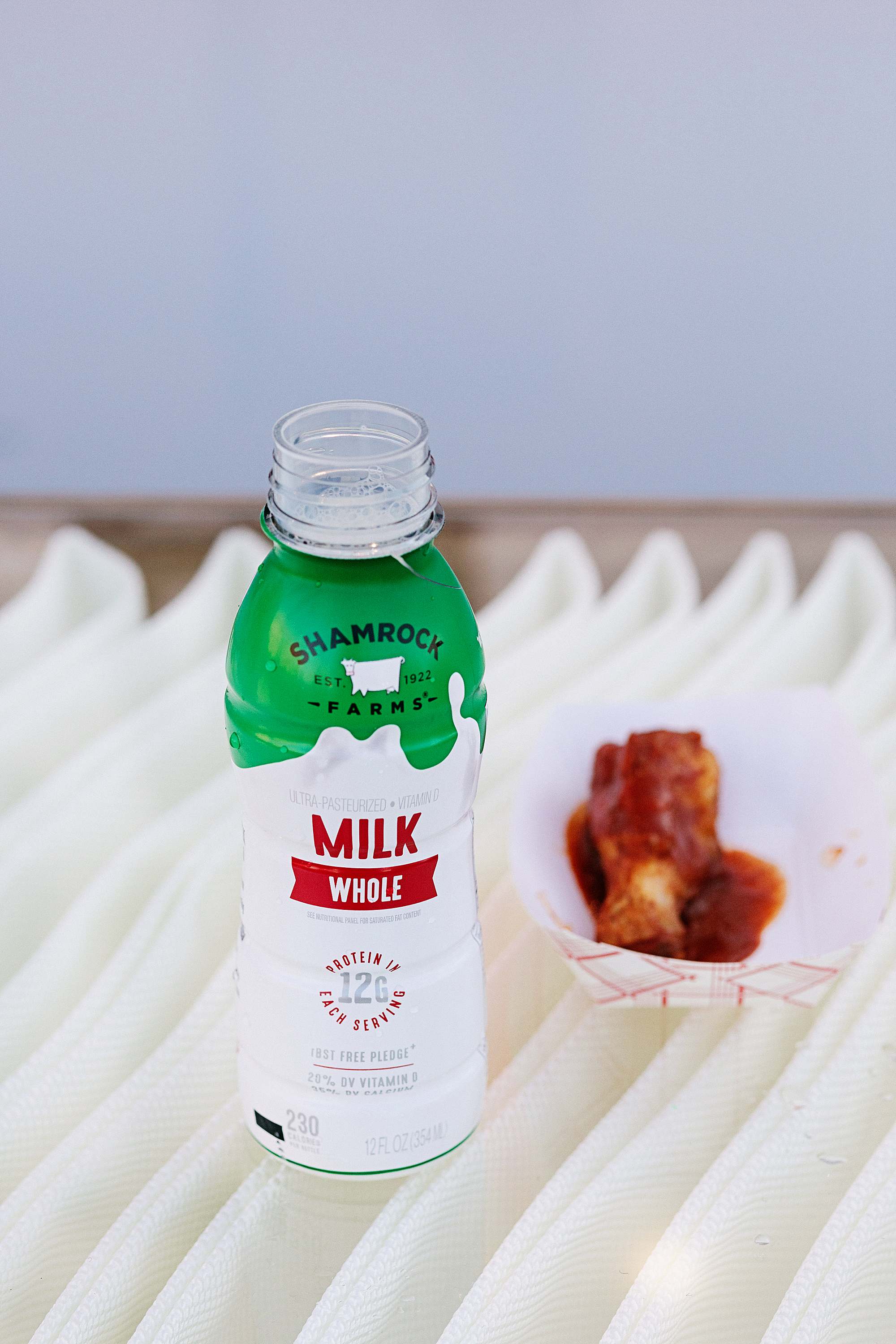 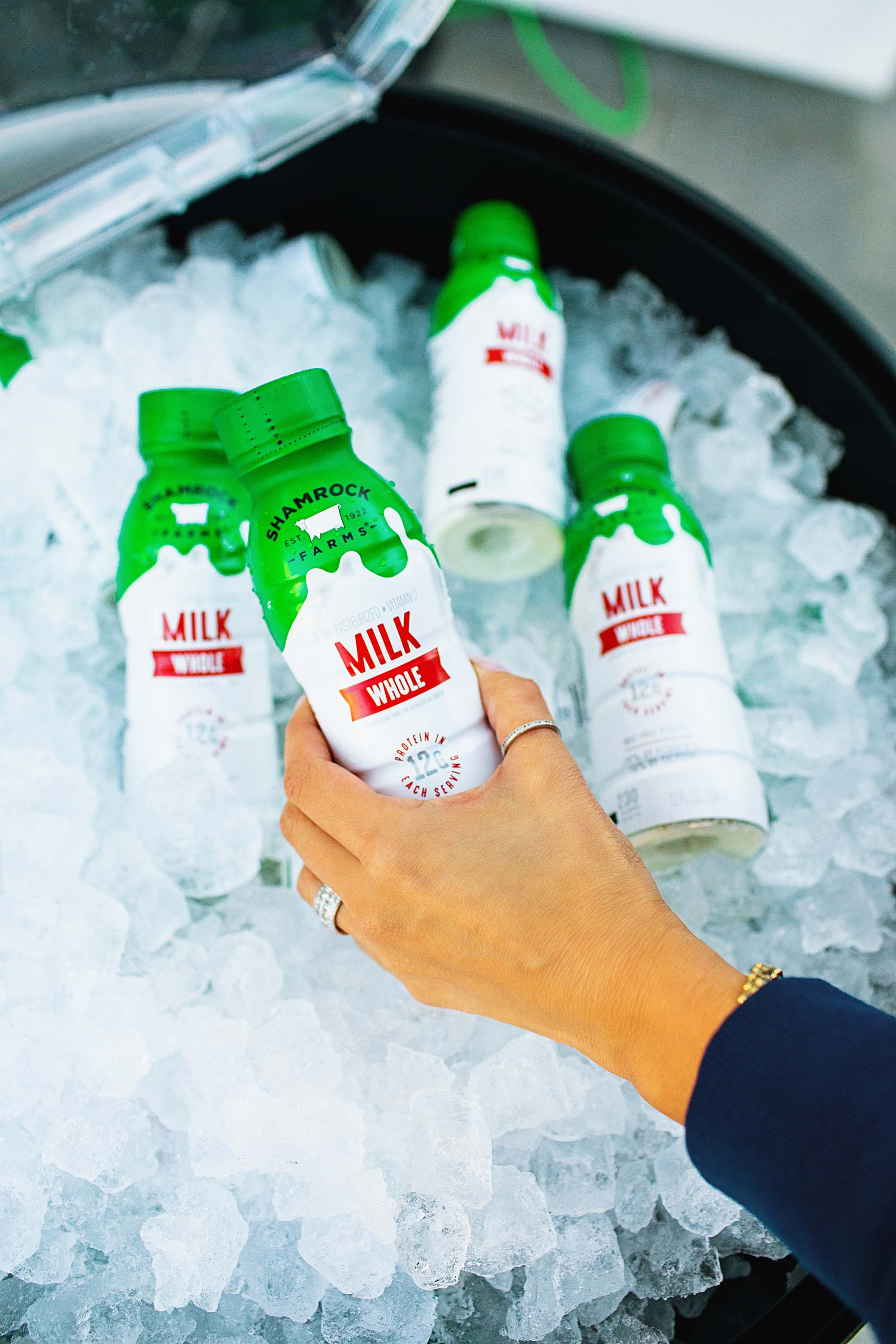 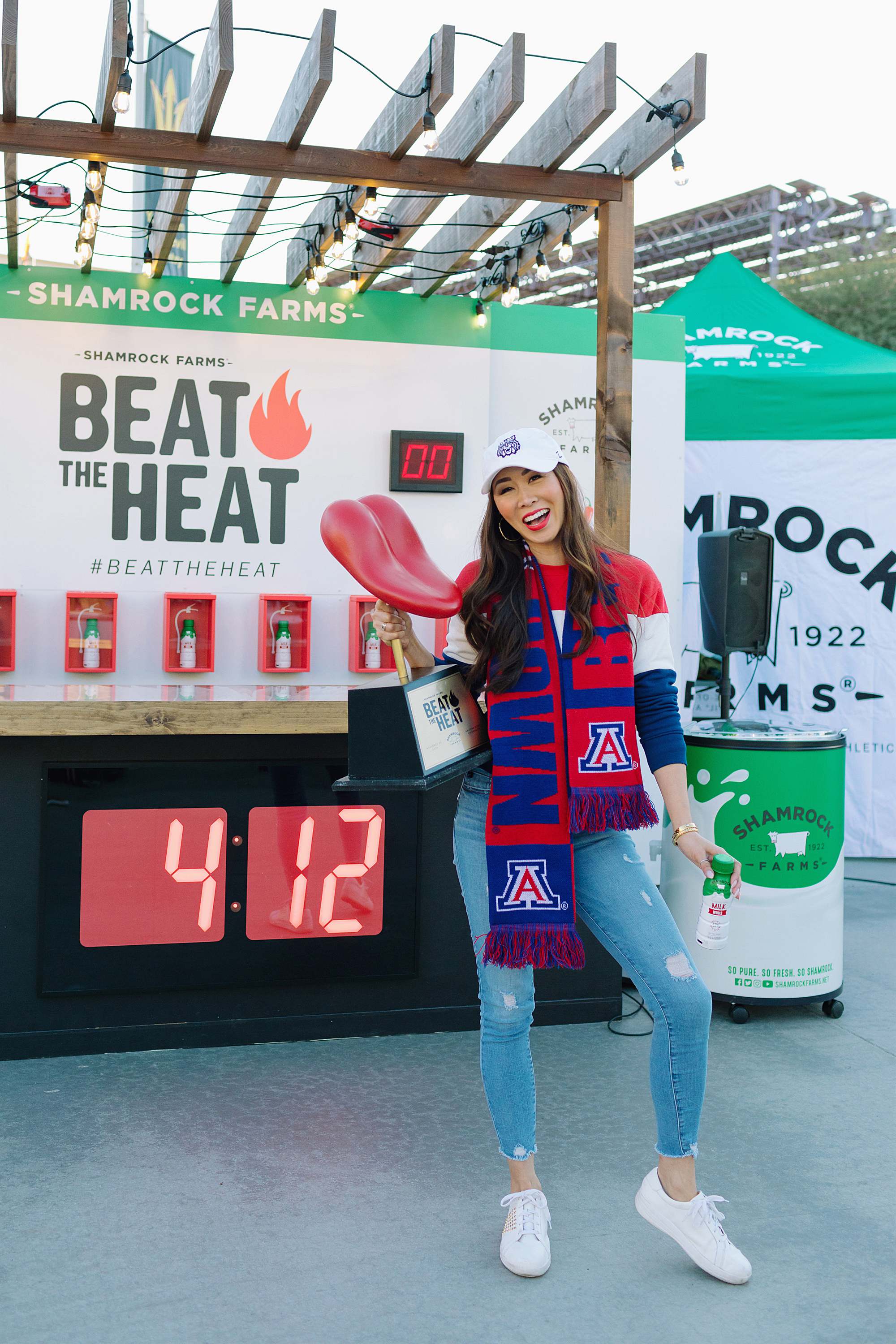 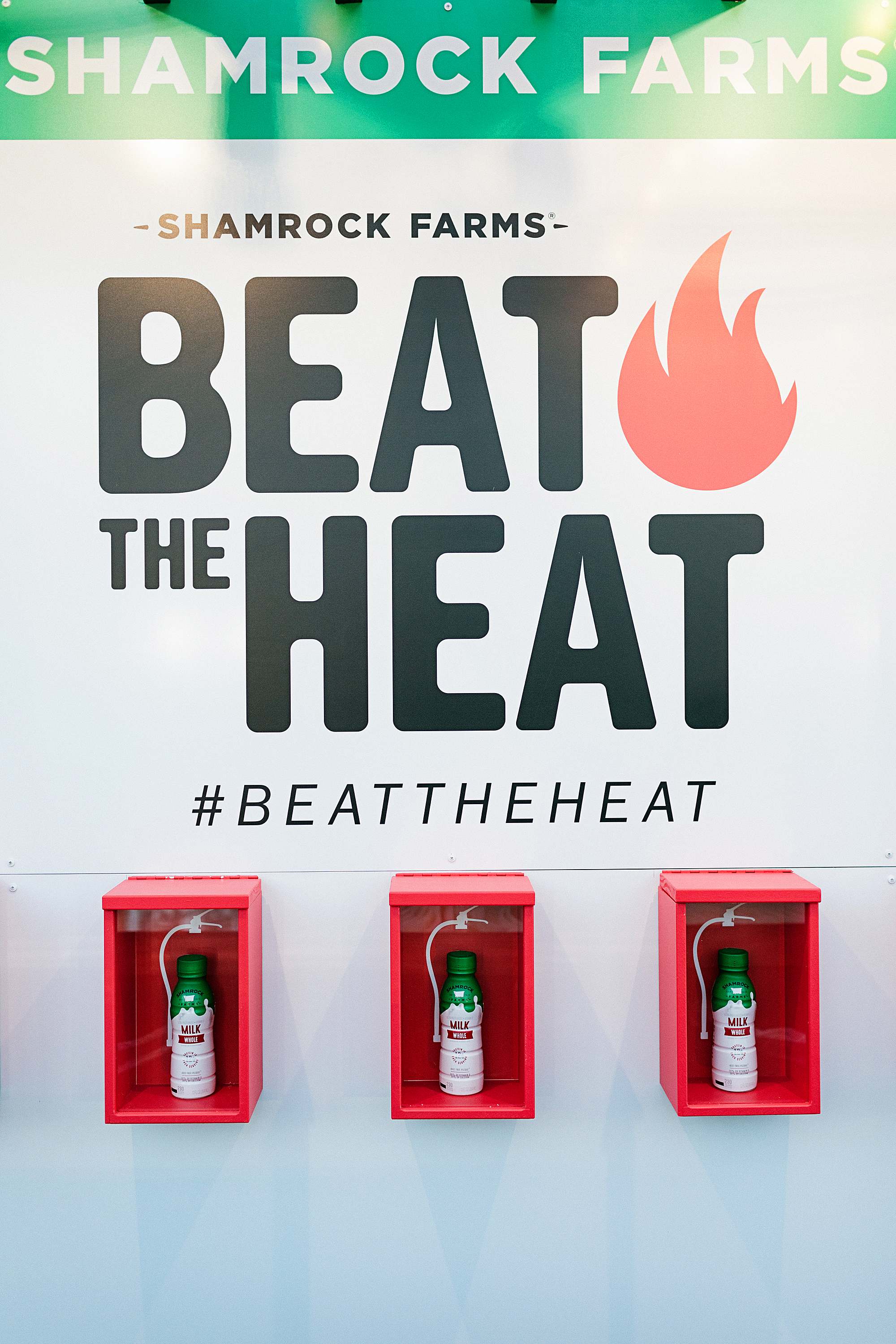 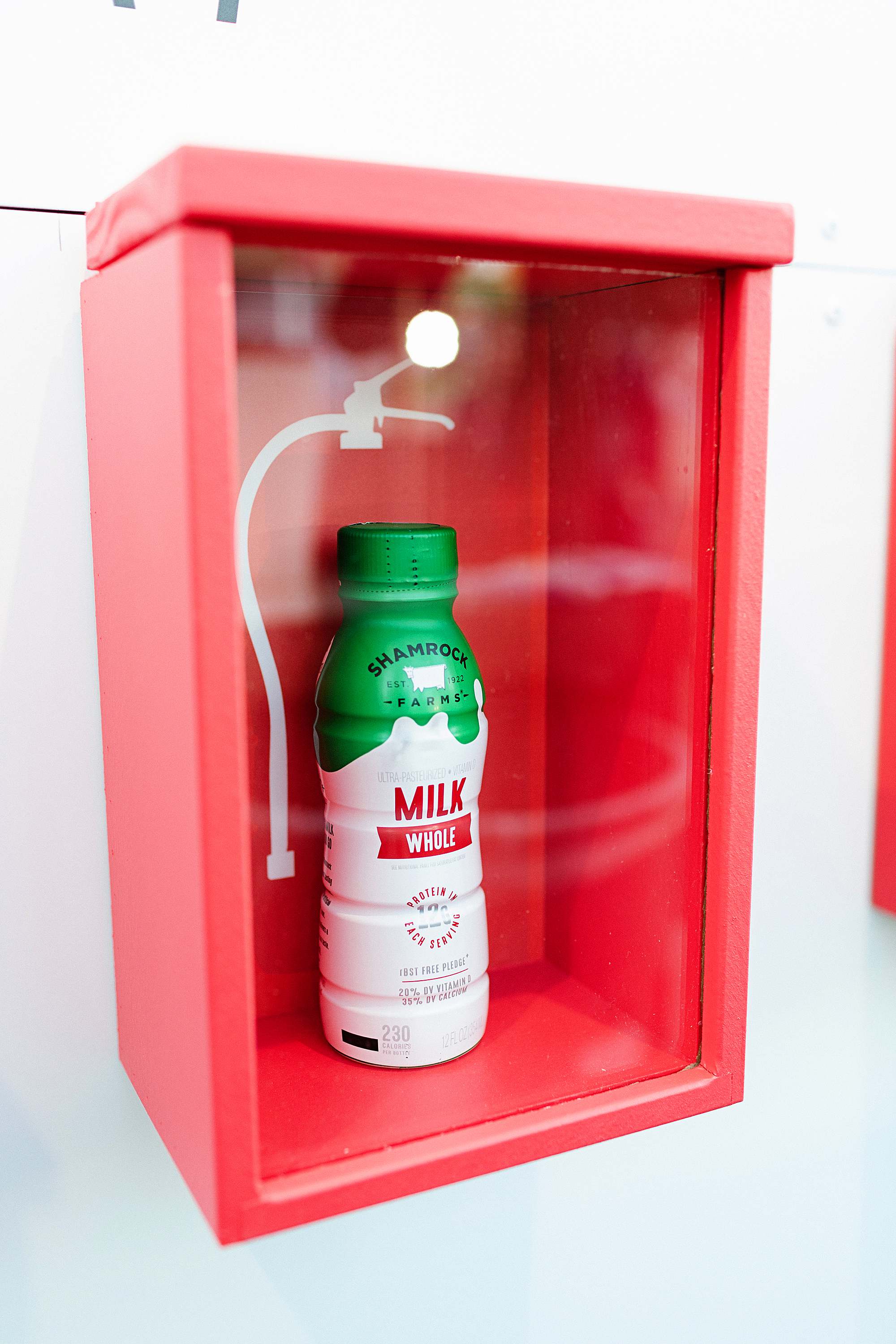 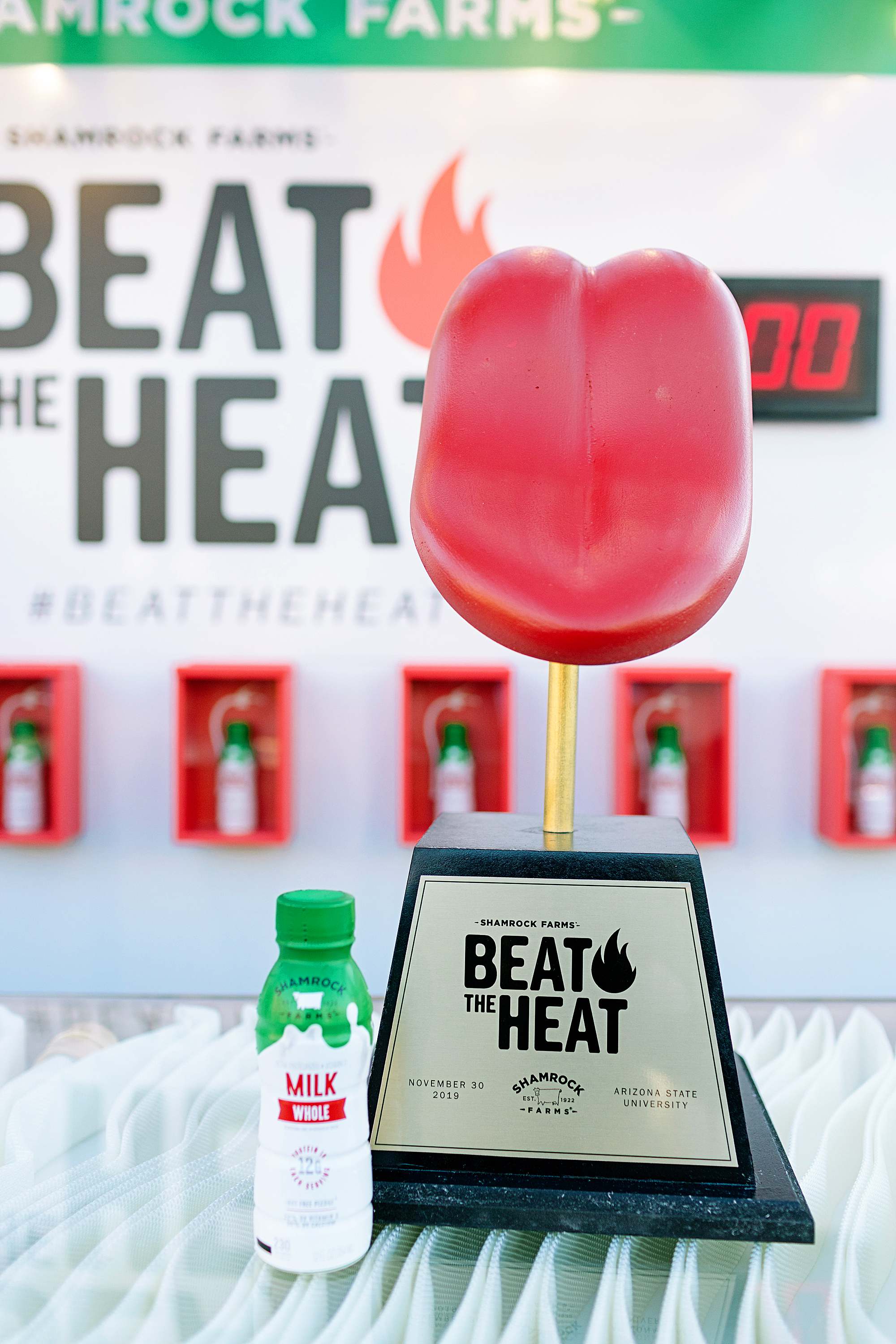 If you think about it, Shamrock Farms milk is the perfect soothing beverage for beating the heat after a spicy meal to cool down taste buds. It is also loaded with essential nutrients and vitamins so it’s a bonus choice for relief.

Should we also discuss that the team with the most points from this Beat the Heat contest wins this trophy for their school?! Um, yes, it’s a giant tongue! Haha!

I can’t with the cuteness of the setup, so unique! There was a fire hose under the acrylic top! Bravo Shamrock Farms, what a presentation and setting for a fun competition.

Benjamin wasn’t sure if he wanted to participate in the hot wing challenge but then he decided to do it – I told him it would be good for the blog, LOL. He also eats sriracha sauce with everything. He did this when we were first married and I thought it meant he hated my cooking until I realized he just loves spicy. The wings were covered in ATL sauce.

Well, he signed up as one of the first. And there they went, waiting the two minutes to pass to see if they could make it to the mark without reaching for the milk. 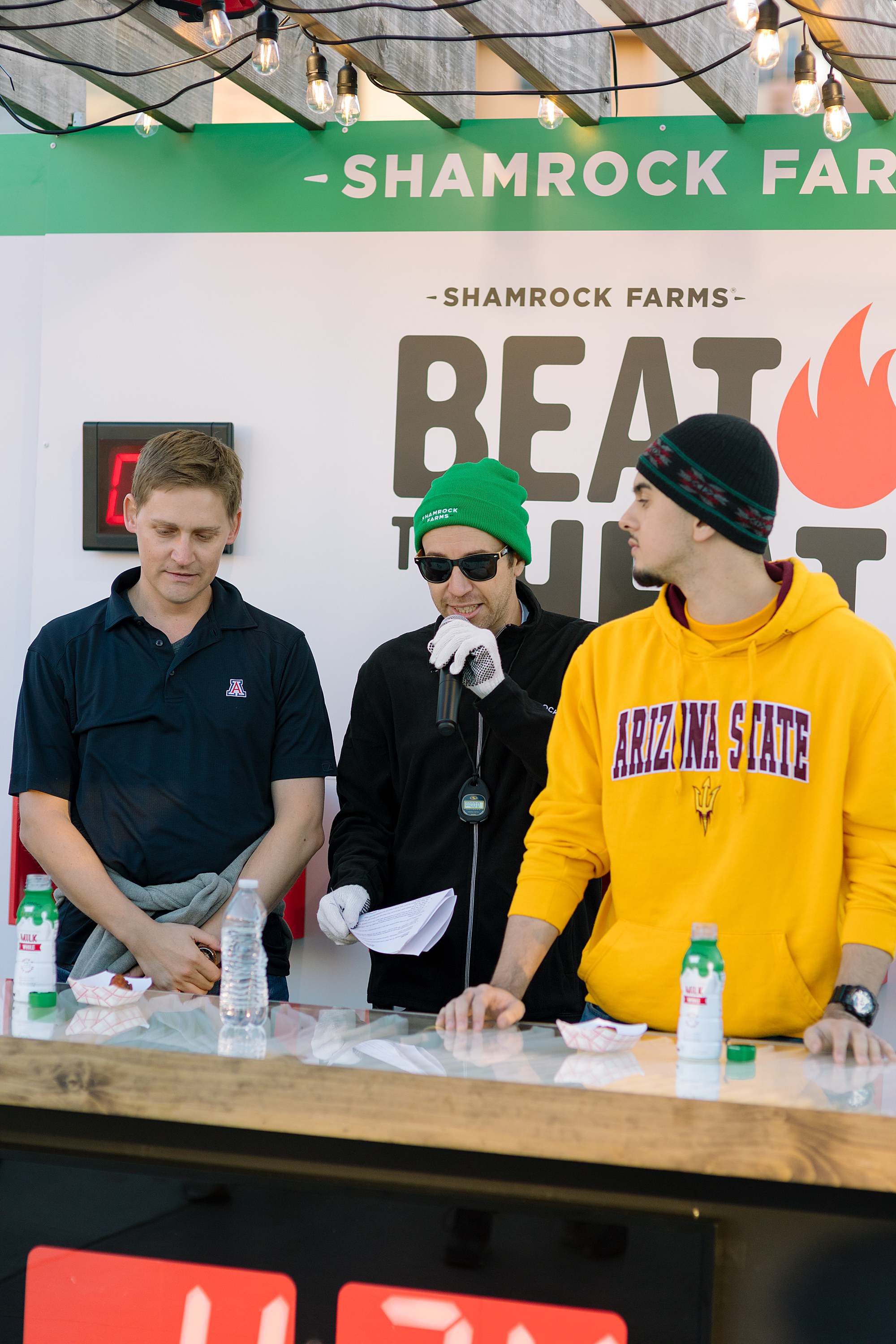 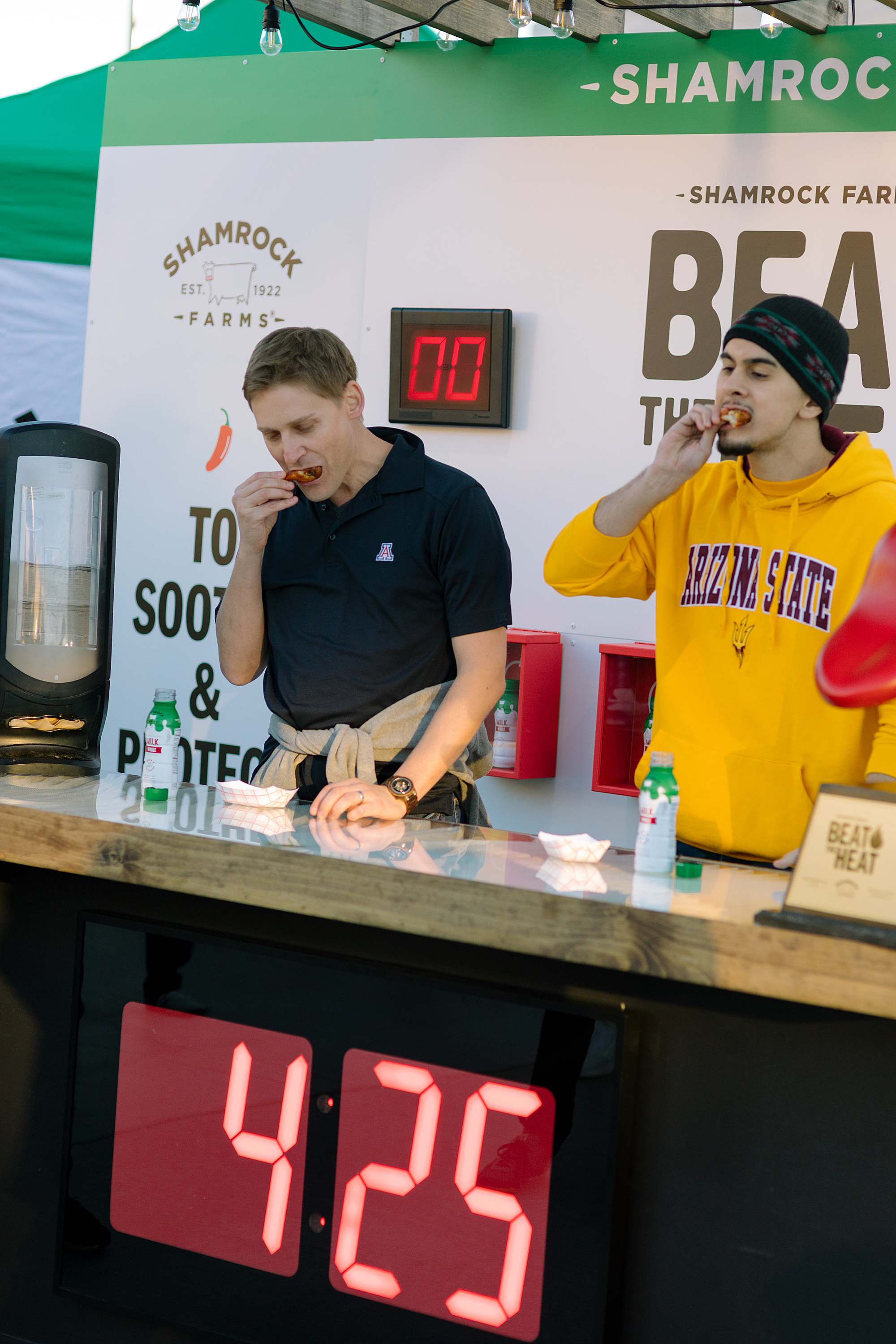 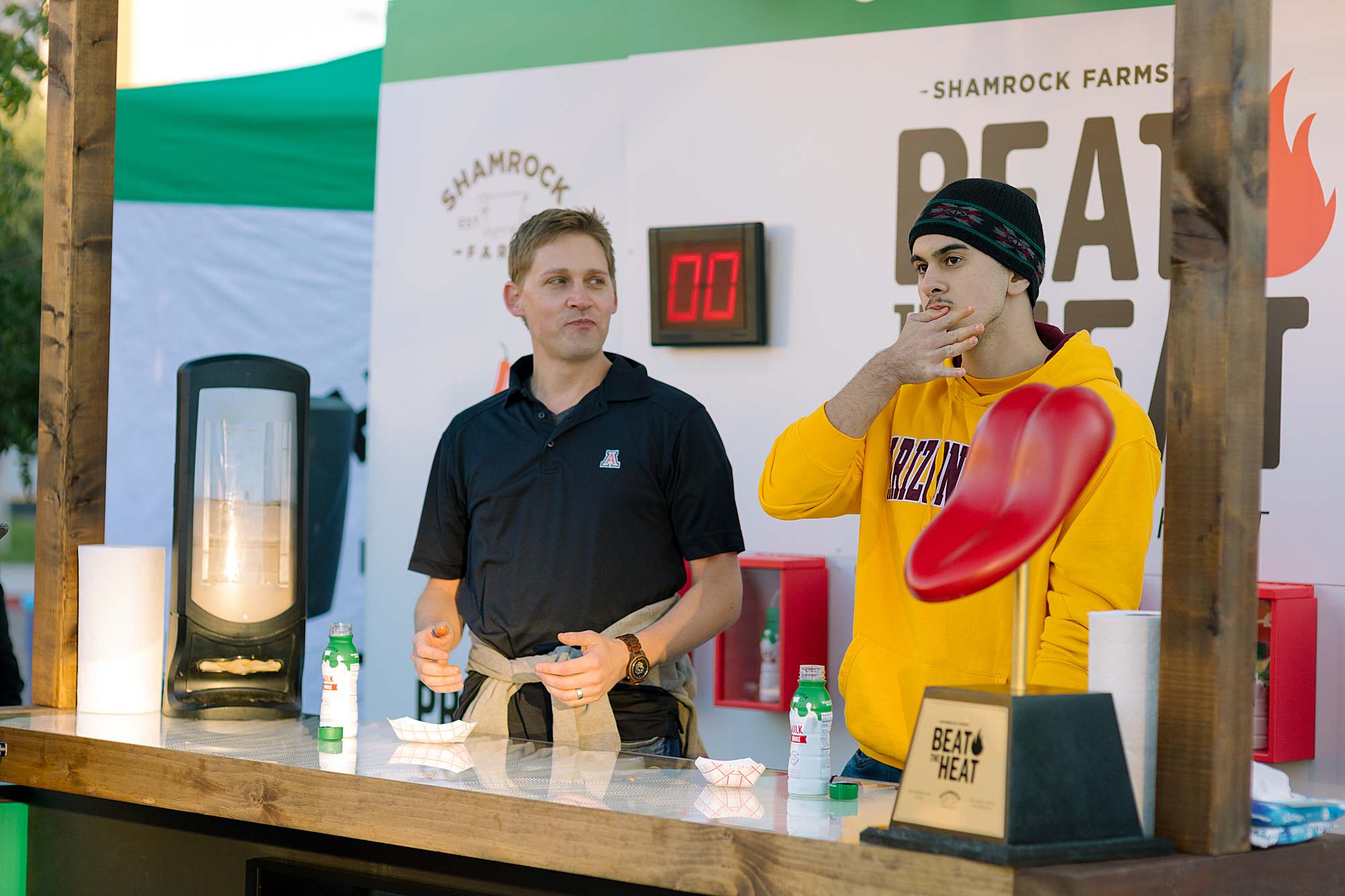 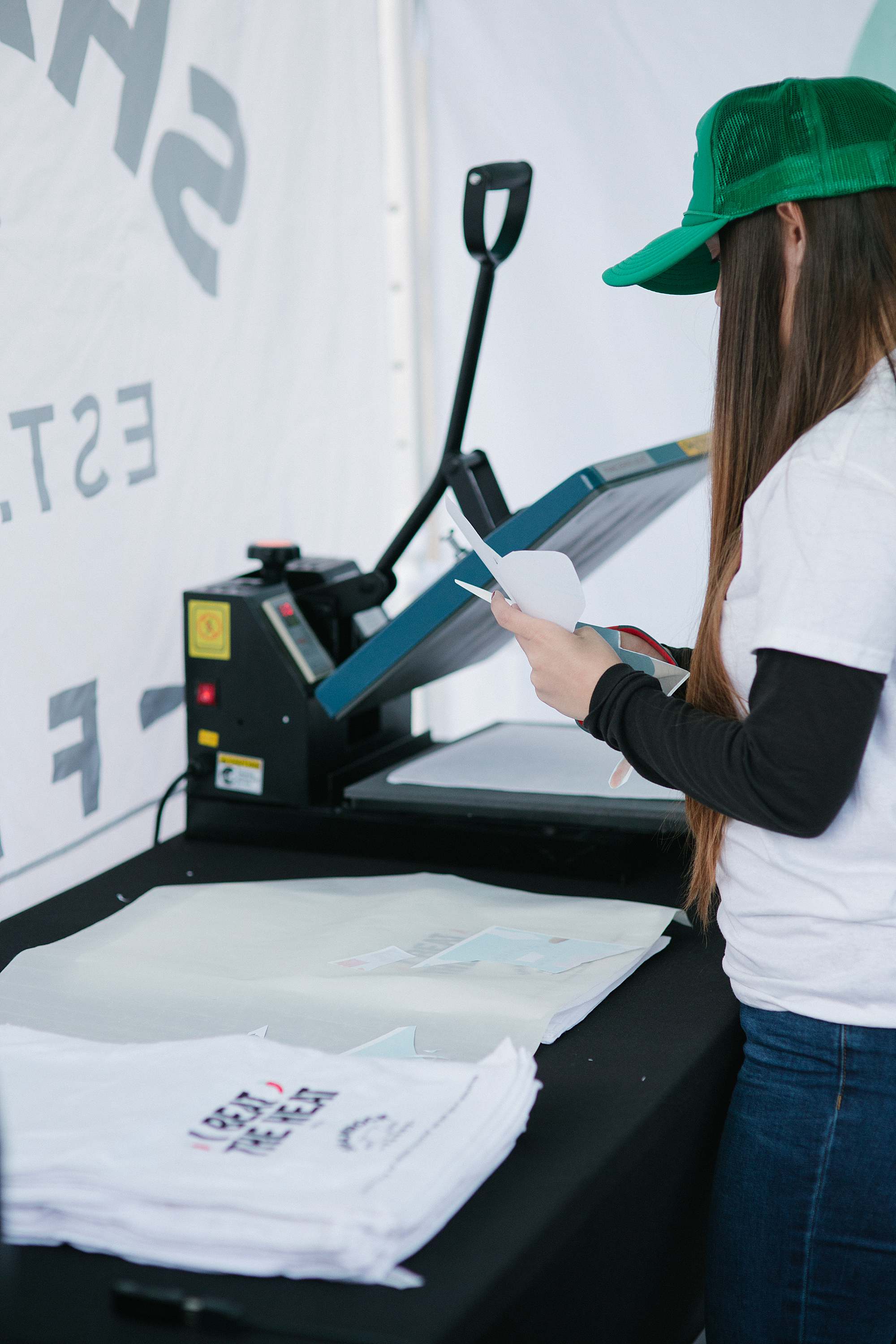 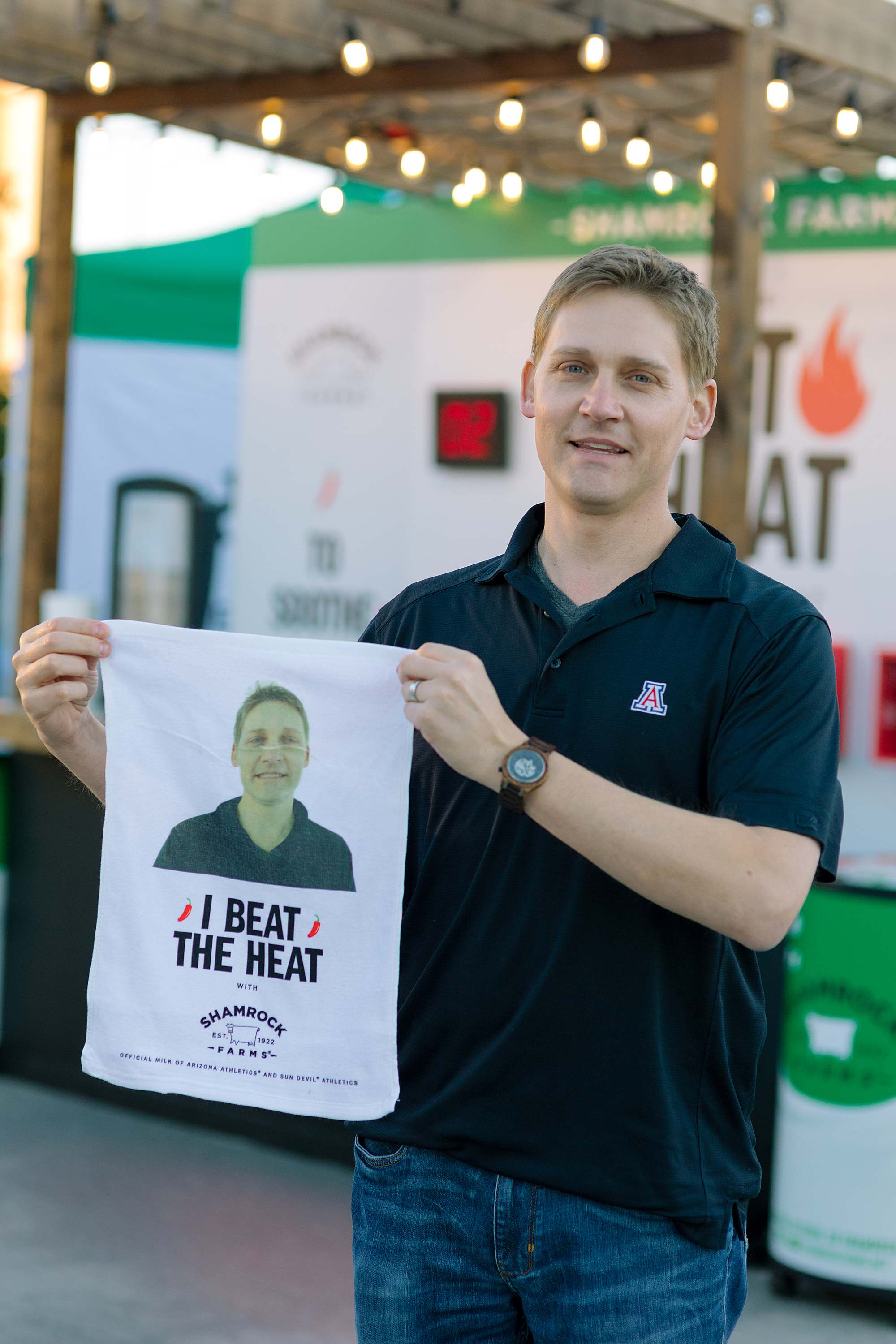 He did it! And because he did, he got a little commemorative towel.

There were more ASU participants, naturally, since the event was on ASU territory, so they scored more points and took home the Beat the Heat trophy. It was a fun creative event – and a good reminder to always have milk when there’s a spicy something nearby.

It was a great way to spend a Saturday and now I have a towel with Benjamin’s face on it, haha!

On a similar topic, the next time you head to the store, pick up Shamrock Farms cottage cheese, sour cream, or milk. I promise you’ll taste a difference. I recently had a conversation with one of my best friends who occasionally food blogs (she should do it more often) about how delicious Shamrock Farm products are and she prefers cooking with it. Now I knew I was onto something. Truly, not all dairy products are created equal so I hope you have the opportunity to try it if you haven’t already.

For more news and updates about Shamrock Farms, visit www.shamrockfarms.net and follow www.facebook.com/shamrockfarms and @shamrockfarmsmilk.

Check out my Instagram stories for scenes of the actual event, including Benjamin going for it! 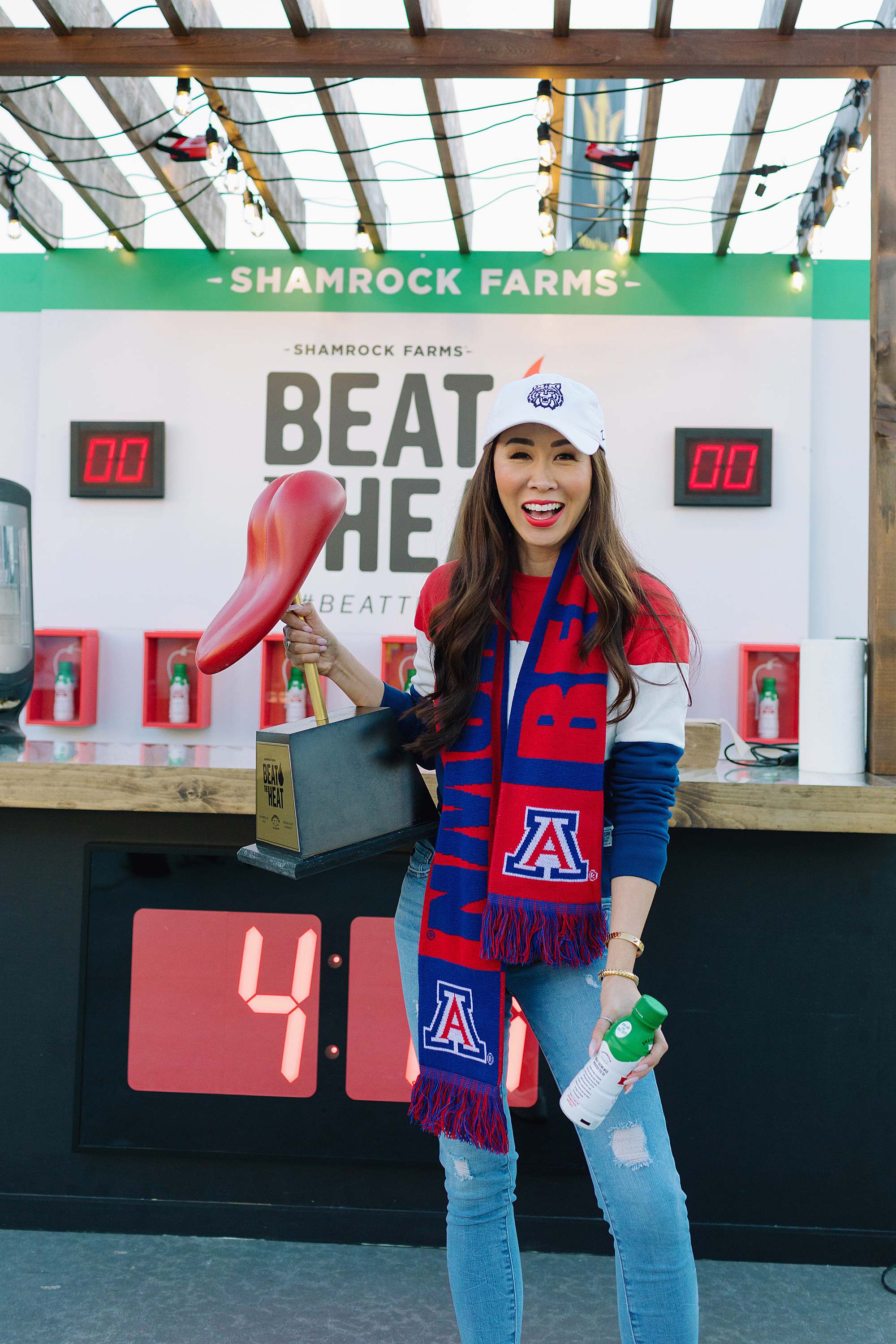 Diana Elizabeth was proud of Benjamin for jumping in and getting a point for her school. When they were first married he put spice on his food and she wondered if he was trying to numb his taste buds on purpose to not taste her food, but that was not the case, haha!

There are no comments on Hot Wing Competition UA vs ASU.