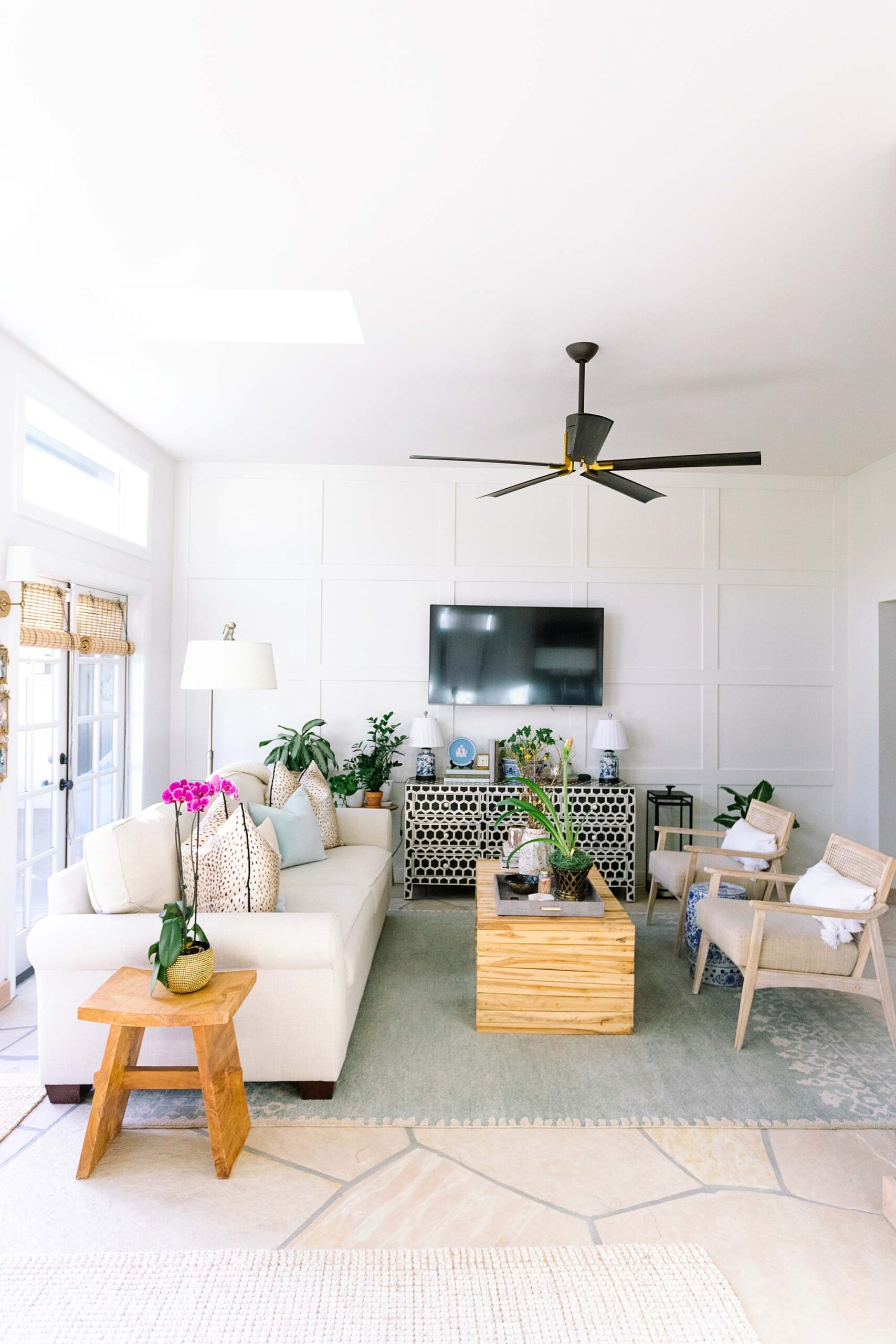 My friend Brandy came over and we discussed the layout of the garden room. Everything felt squished given the depth of the couch and how far I could move the couch, so we did some rearranging one night and now I love the new layout! 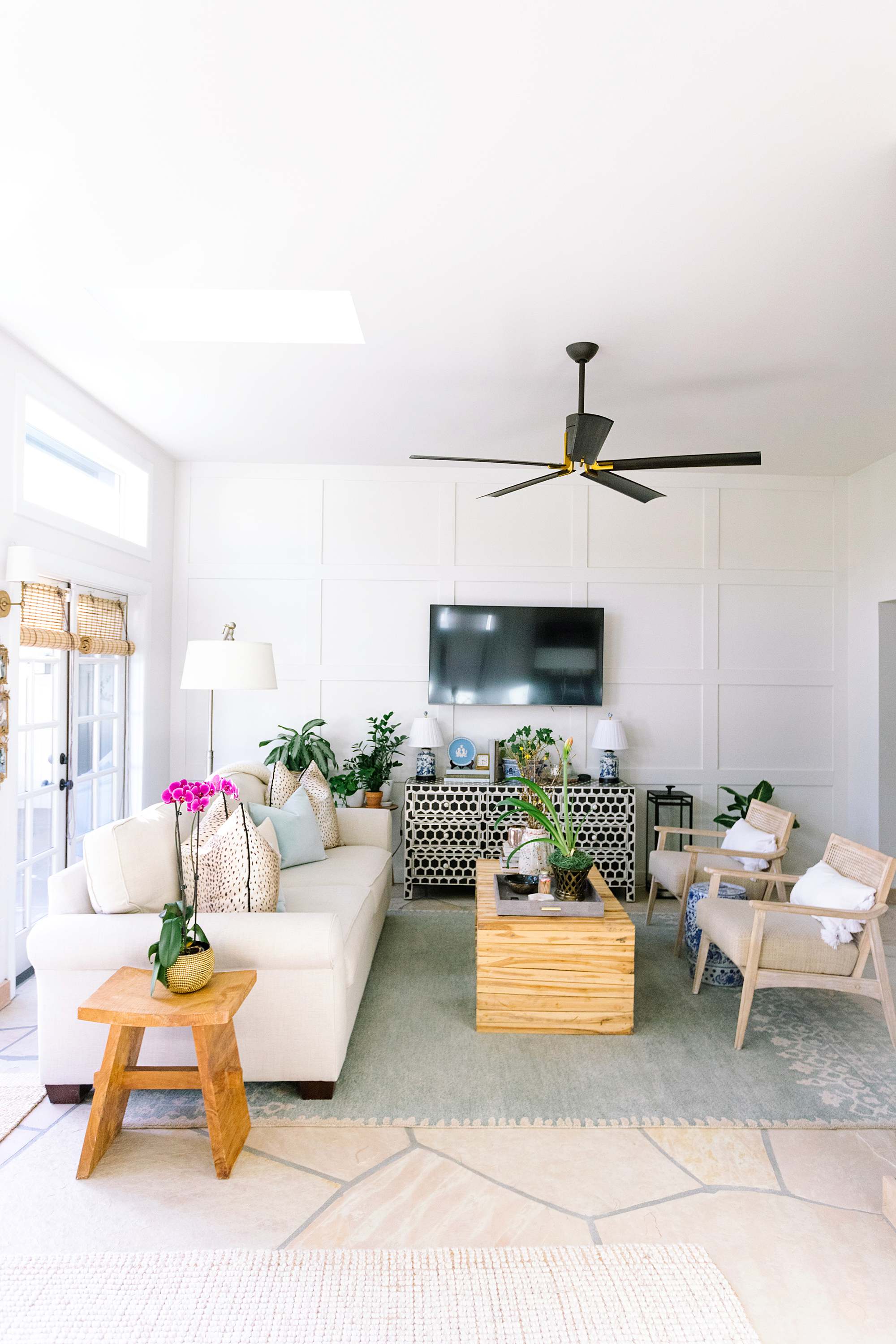 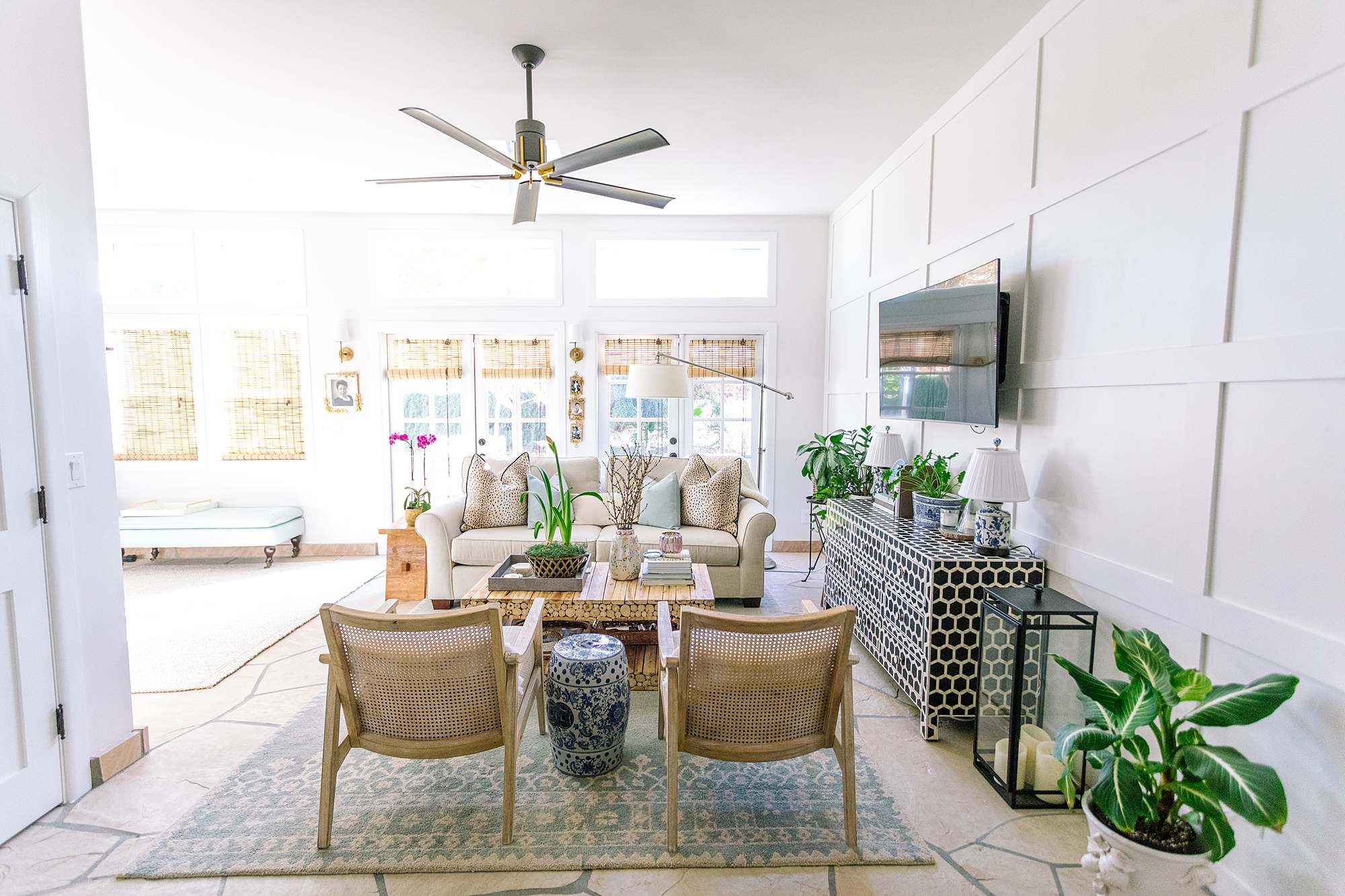 If were not renovating and I’m not wallpapering something in our home, chances are I’m rearranging furniture! The garden room layout was intended to be this way in the floor plan, but once we got furniture in, I realized it was pretty close to the TV (probably because the TV was so highly mounted.)

It also felt awkward trying to pass to the bathroom around the corner (behind the spare closet) and squeeing by the back of the couch. Also, if you’re in the back of the room, where the Murphy bed is, you felt closed off to the rest of the room.

So, when Brandy came over, she’s great with interior design, she said, want to move it? Let’s try! And so we did it, waited for Benjamin to walk by and he was like, “Wait, what the heck?” and then he was like, Hmmmmm, OK, I think I can live with this.” So just to refresh your memory, here’s a little before. 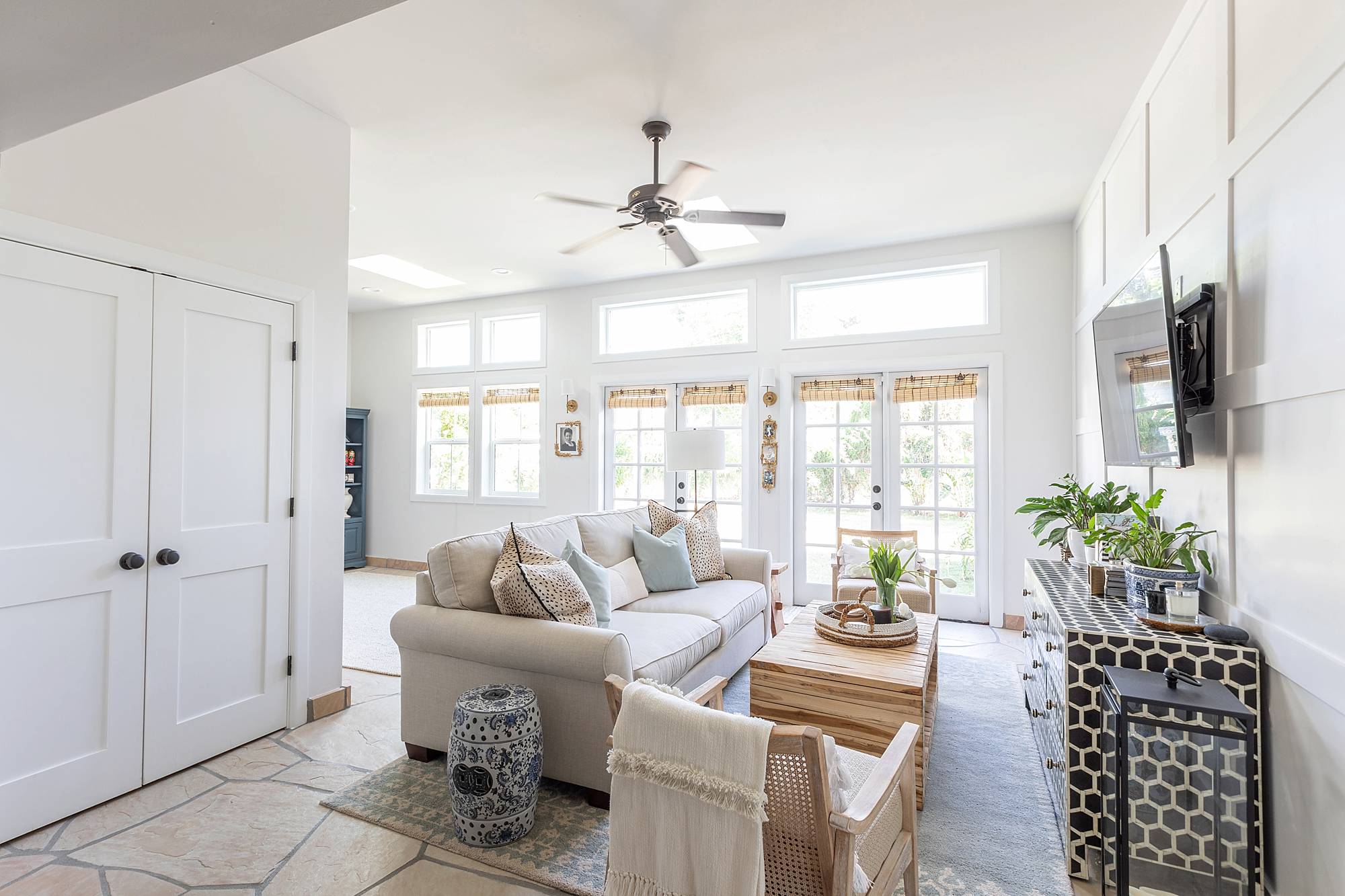 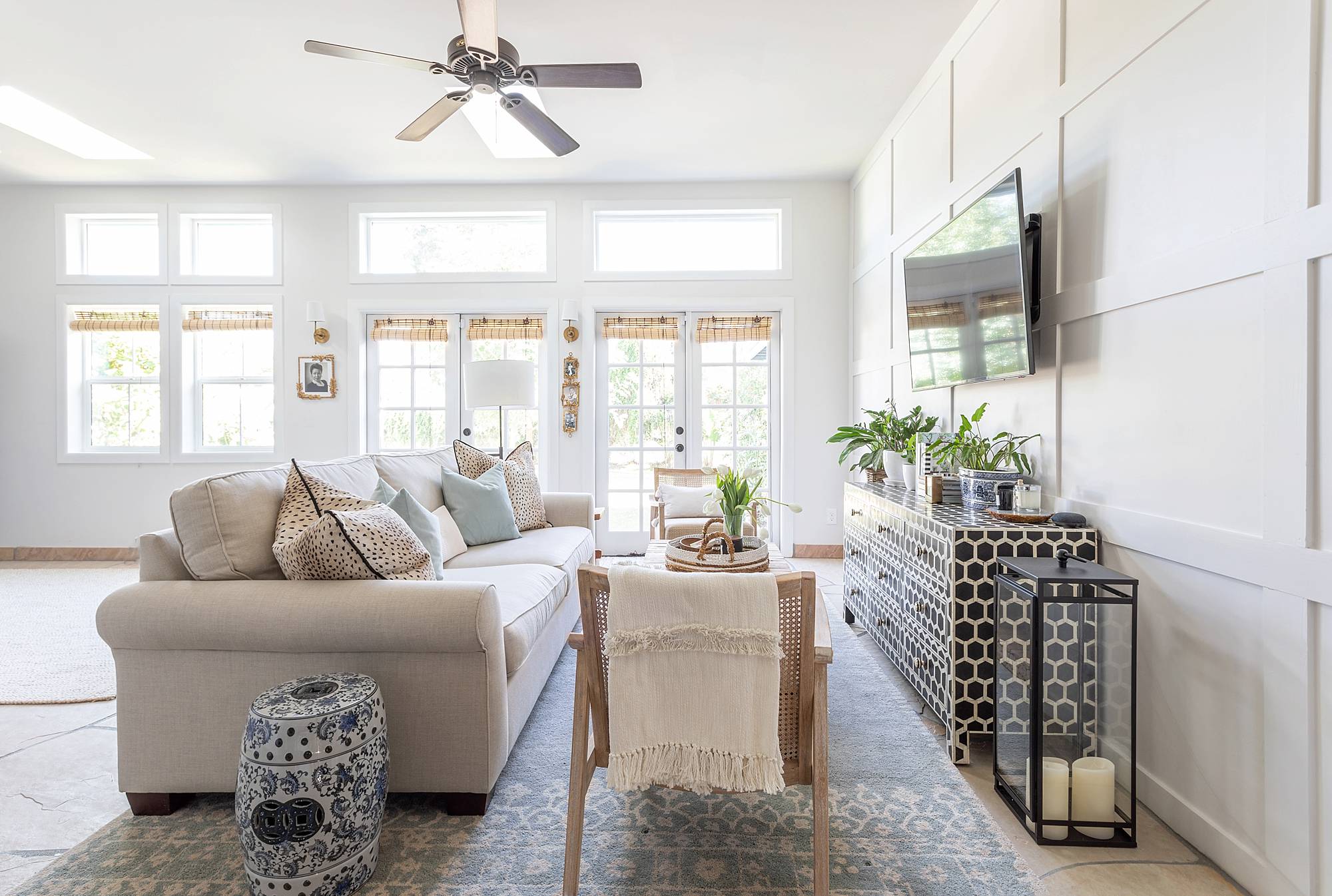 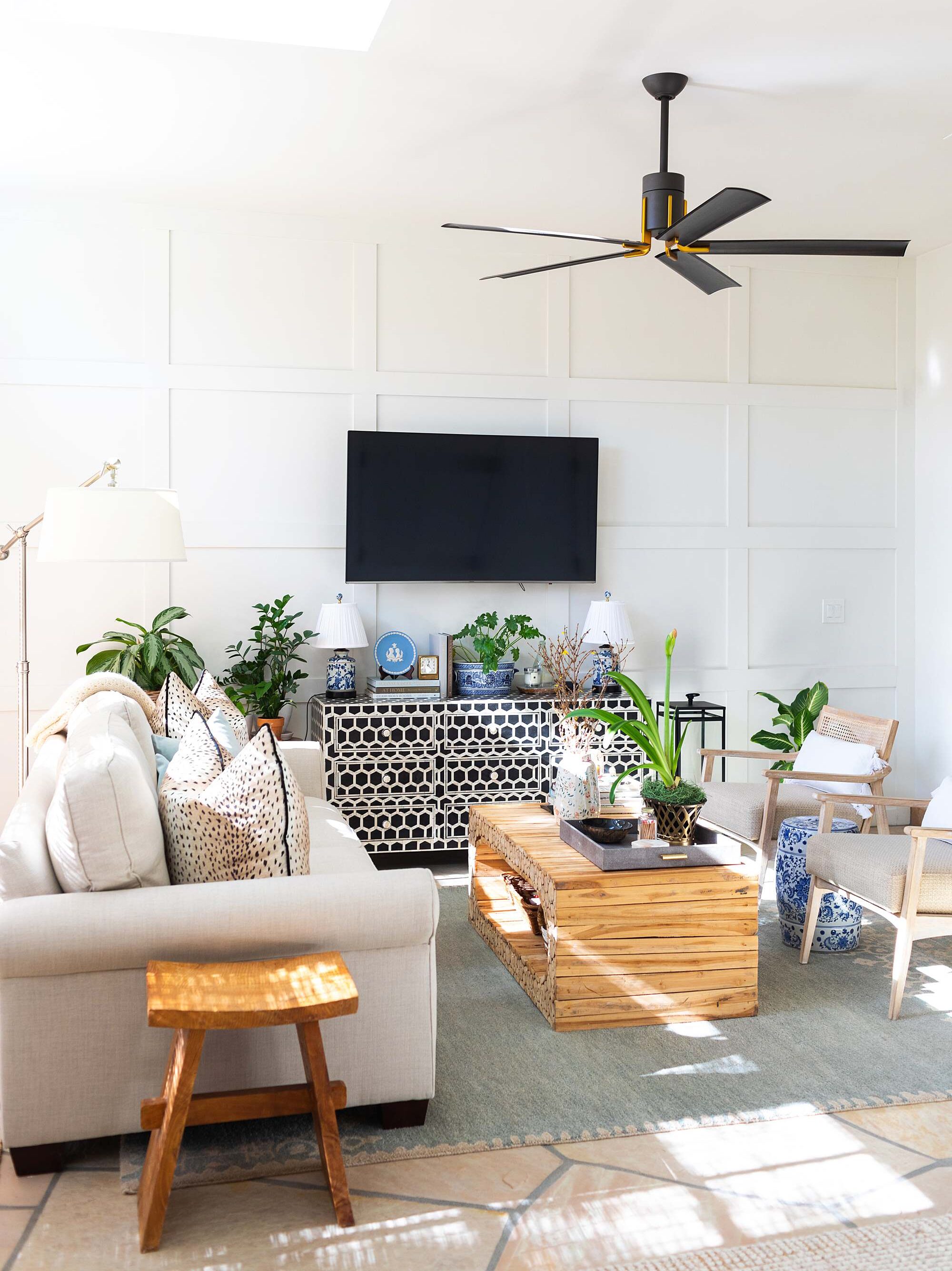 We also upgraded the ceiling fan finally! We had moved the fan from the kitchen (why was there ever a fan in there beats me) and moved it in the room just to have something there until I found something better. Since the expansion cost us a pretty penny and I knew I’d find a better fan eventually, it worked for the time being. I never rush anything! The fan is an LED ceiling fan I was told is very heavy when our handyman installed it – and we didn’t use the light kit.

I like that with this layout you can pull up more chairs to the space and make room. I had an ornament exchange party and we pulled up the ottoman and sat there, and 7 of us sat around comfortably where as that didn’t work out last year with the former layout.

Diana Elizabeth used to rearrange the furniture in her bedroom all the time. Her little brother would have to help her and it was pretty funny, she did this in elementary school! She just loved change!