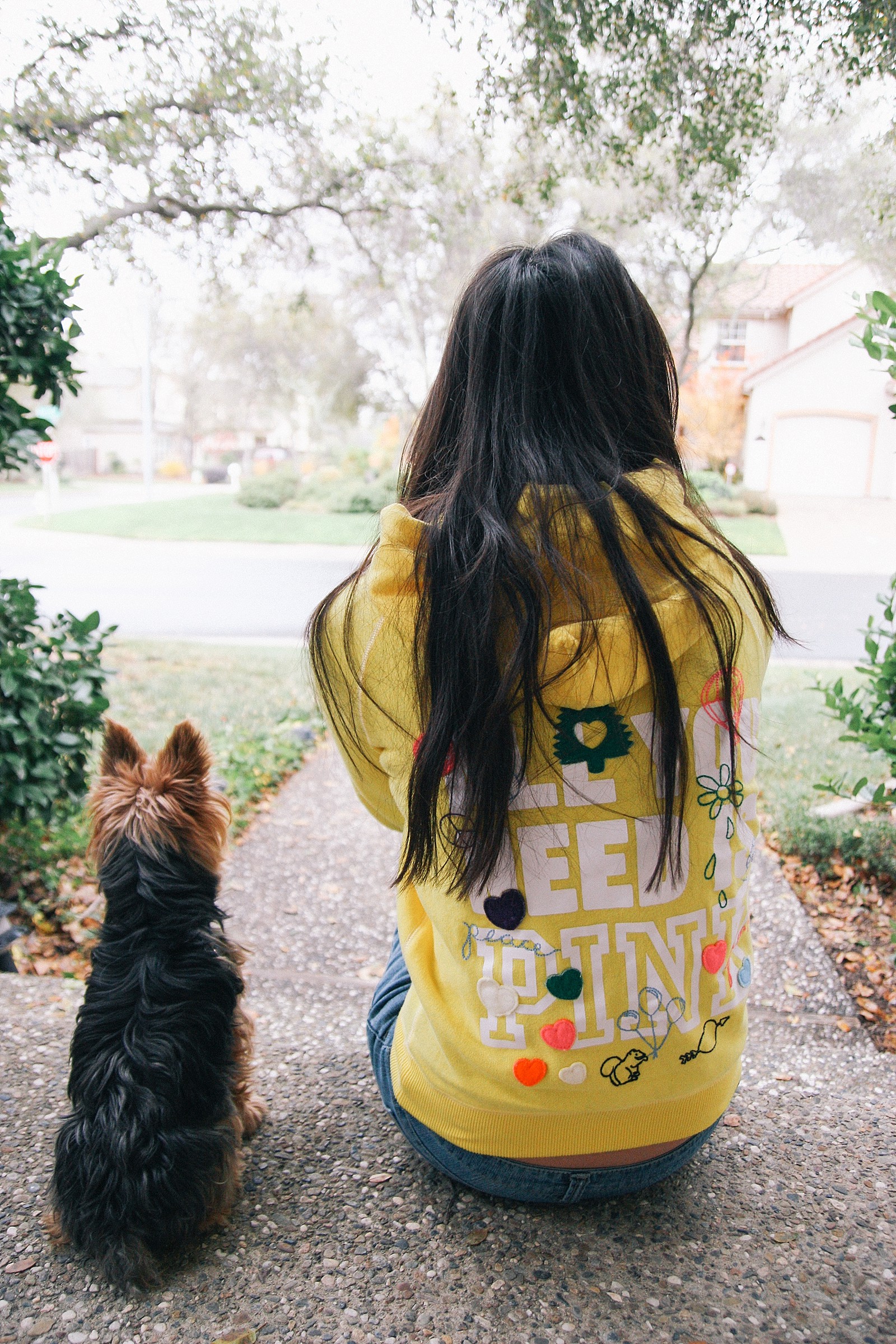 Last night I stayed up until 2 am with anxiety. My eyes were tearing up and I’ll just say it, I did a few short cries. I was thinking about Paris, my 14 year old yorkie. My mom had hinted on the phone earlier in the day that Paris was acting peculiar – she found him under the tree, behind the TV (places he never goes, in fact, he never moves from his comfy spot under the coffee table). I could tell mom was warning me Paris was holding on but she wasn’t sure for how much longer.

I just wanted him to hold on for 3 more days – we would be home so soon. Earlier today, I picked out a new dress because now that Mr. Wonderful knows how to use a camera so very well, we were going to take pictures at Folsom Lake. I wanted some really really good pictures of me and Paris together and I knew this weekend may be one of the last times I’d see him. I thought I’d be OK with that.

But he couldn’t hang on, and he passed away in his sleep later that night, and I got an email today from my dad. Dad sent an email explaining how he found Paris and the days leading up, his strange behavior of lying on top of flowers, finding him on his side as if he were sunbathing before bringing him inside – it was a nice little tribute to a very, obedient, entertaining and smart dog. I always heard that dogs tell you when they’re ready to go, they know, and they want to hide and not make a fuss out of it.

This feeling of heartache of losing a pet is horrible. I’ve been googling “How to cope with the death of a pet” and I’ve read about a dozen of them. I’ve cried about 20 different times since this later afternoon of getting the news. My best friend Meagan called immediately and we talked for a bit, more friends who knew Paris called, others who have experienced the heartache of losing a pet have text me all night helping me channel my emotions, helping me feel like I’m not alone, giving me hope. I’m super sorry to post this sappy story as I want my blog to be everything inspiring and make you feel good, so if this makes you sad, I don’t blame you if you don’t finish reading. You see, I’m a writer, I always have been, and it’s therapeutic for my healing and writing this ensures that I’ll never forget – one of the articles even suggested writing.

“I’m pretty sure if Paris and I were hanging off a cliff and you could only save one of us, it’d be Paris,” said an old boyfriend, years ago. It’s true.

This dog that I bought as a puppy my senior year in college was everything to me. After dad was in full remission from lymphoma brain cancer after I graduated, he fell in love with Paris too – and so I debated. I knew dogs were so healing and I wanted nothing more than for my dad to continue to enjoy the company of this insanely curious, smart, funny dog, especially if it meant Paris could give a hand in my dad’s healing. So, I left him with my mom and dad in Nor Cal as I moved around – to Los Angeles and then Phoenix. Every day I missed him.

When I bought him, there were a few other sibling in the liter to choose from – another husky male yorkie and a female yorkie. I wanted a boy, I don’t know why, but I wanted a boy. The pups were only a few months old. I liked Paris – he was the one hiding the treats in the blanket, he was playful, he was the smaller one too – and yes, I know Paris sounds like a girl name but remember Greek legends, Paris is actually a guy.

^^ This was me at the breeders. First week home this little guy was a cute little squirt. I tried to hide from him, to take a break from all the puppy playing, and so I laid flat on my full sized bed so he couldn’t see me, probably how moms feel when they just need a break. He ran down the hall realizing if he backed up he could actually see the top of my bed. That’s when I knew he was much smarter than I thought.

I once cried over a stupid ex boyfriend in college and he came over and sat by me, because you know, dogs know. I also came home from class one day to find he had ripped the front and back cover of one of my textbooks and shredded the newspaper all over my bedroom. I told him to sit down and he proudly sat on it when I took his picture.

He does a lot of the typical tricks dogs do, but his personality was bold, and so was his intelligence. I taught him as a pup to jump into my purse because I would take him everywhere with me – and so when he sees me shuffling through my tote, he assumes we’re going somewhere, so he jumps in – Christmas gift bags included. 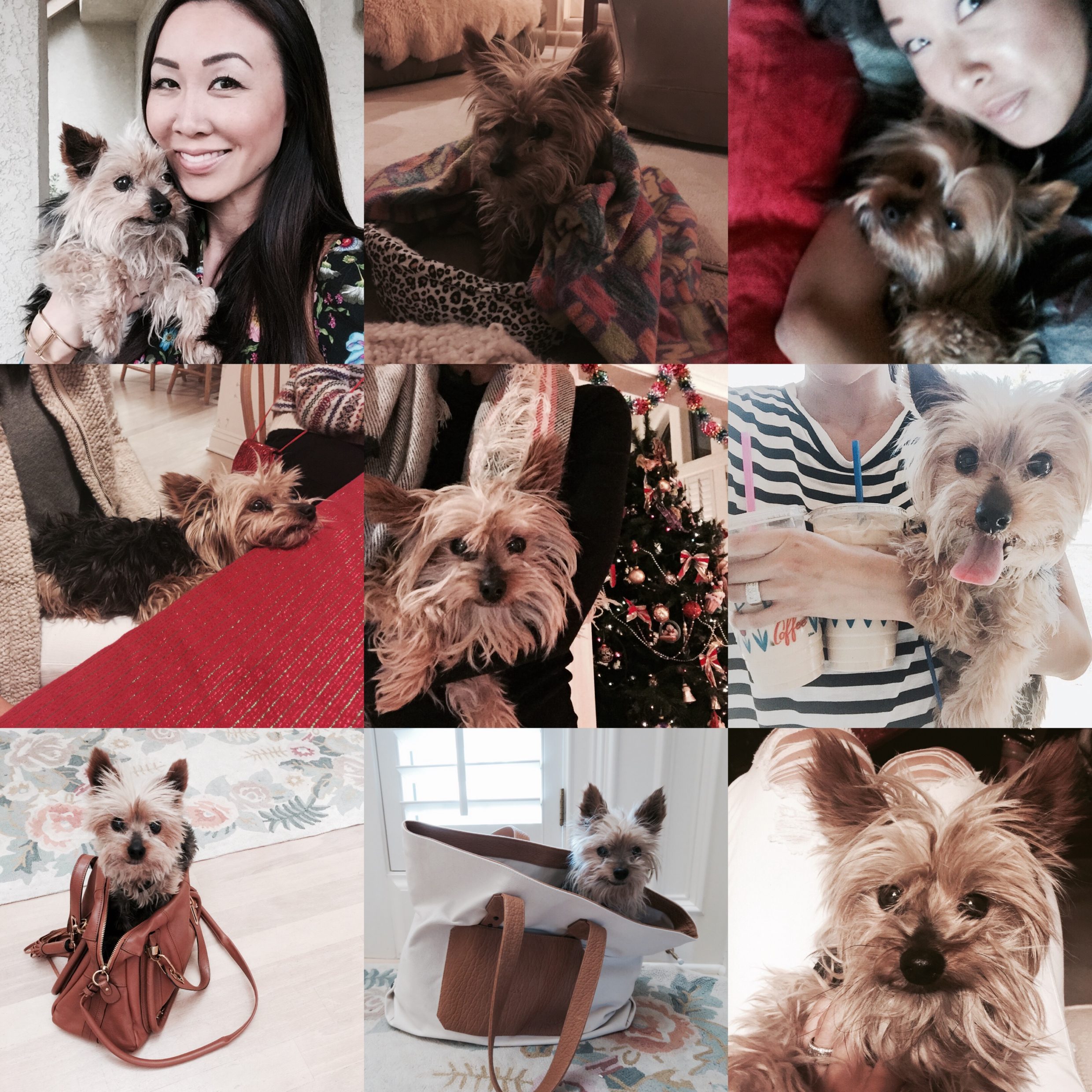 He’d tell you which treat he preferred, he spun in circles to tell you he needed to go outside, lick his lips to tell you he was hungry, and he knew which step he couldn’t pass to go upstairs and would only run up and down to that exact stair waiting for me in the mornings. When I was moving out of my college apartment after graduation I heard him barking like crazy in the living room, I yelled from the other room for him to stop barking and he wouldn’t stop (he was a few months old) and so I went out to the living room to see an unknown man in my apartment and a 3 lb baby yorkie wanting to attack him (no idea yet on why that guy was in my living room as he claimed to be apartment management asking if I needed help moving…?).

He would be so excited to see you he’d get on his hind legs and dance until you pet him. He never actually touched you or jumped on you as some dogs do, he would just tap your toes with his feet, back up and dance squealing – it was up to you if you’d pet him or not. 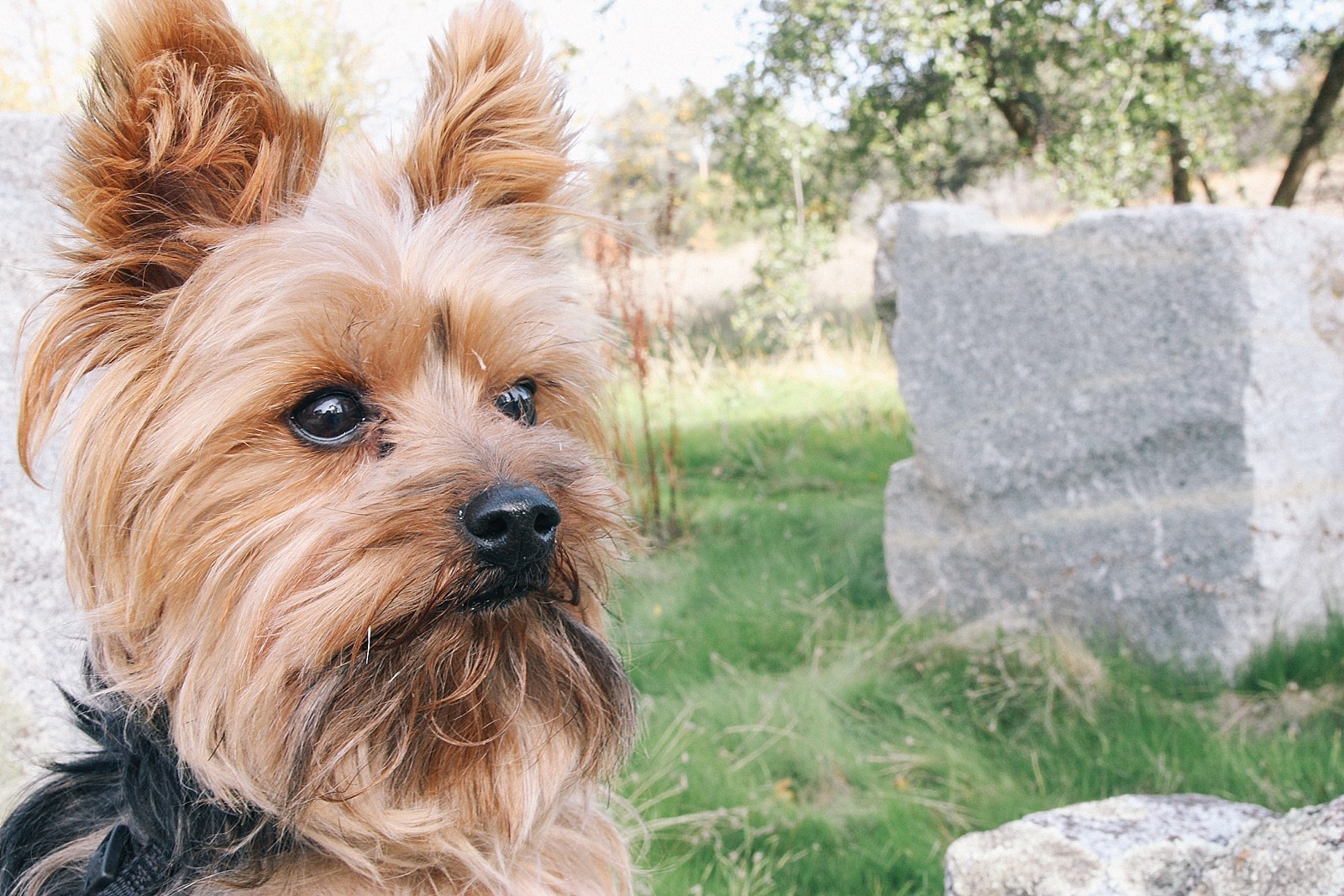 If only pets knew how much heartache they leave behind when they leave us. I wish they knew the tremendous amount of joy and love they bring into our lives. I wish they knew that their hearts are better than humans, their unconditional love is healing, their companionship is everything – even without speaking the same language.

I’ve been telling Benjamin since we got married that the first thing I want to see when I get to heaven is Paris. He joked that it’s not him or Jesus (let’s assume obviously Jesus lets me in so I’d see him first) but yes, even in Heaven I know Paris will be my best friend, and since he’s a Yorkshire terrier, perhaps he’d have a nice English accent and we could chat all day. 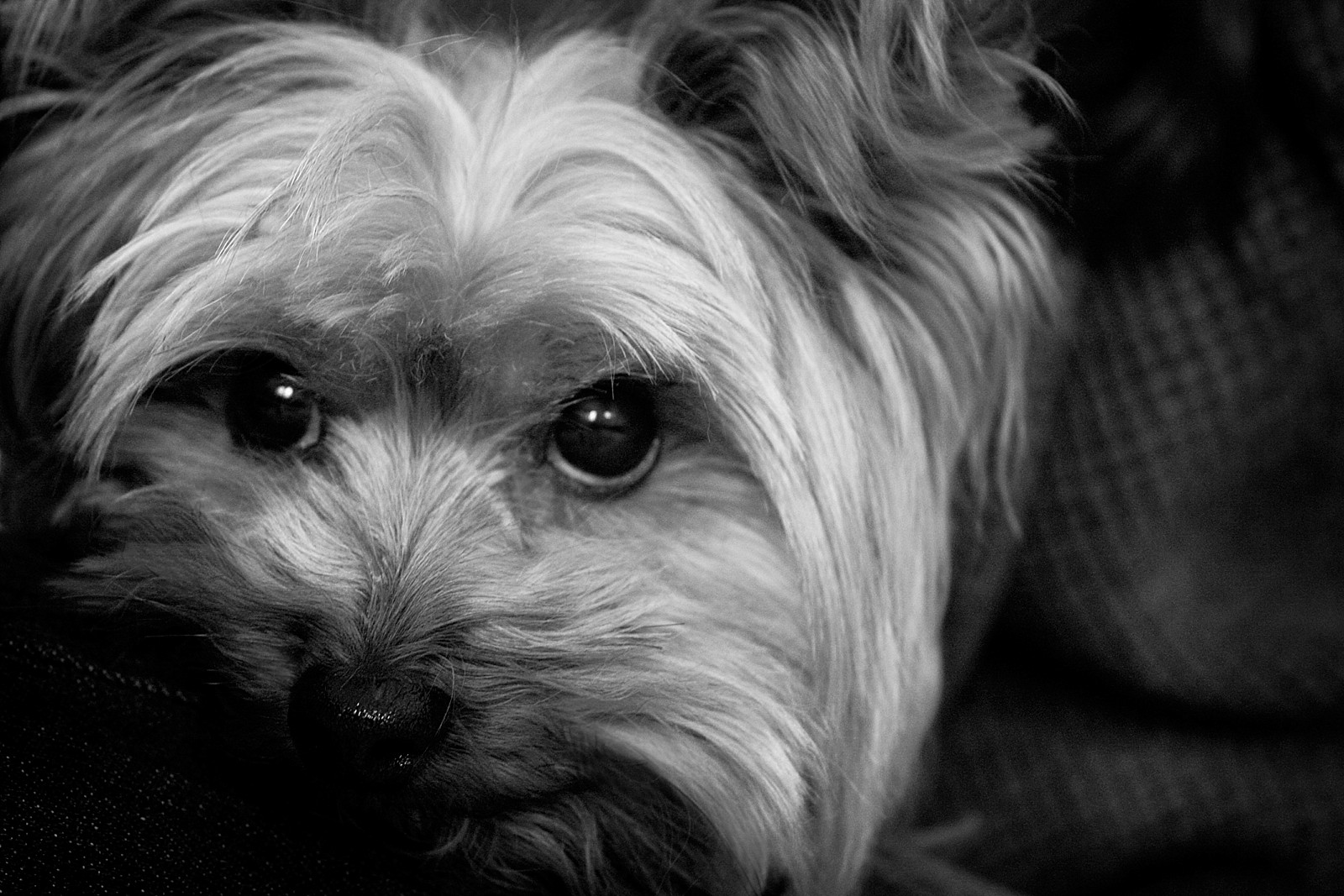 I know dogs don’t read blogs, but this post is more for me than it is for him – like funerals. It’s more for those left behind than for the one who has passed on.

Going home will never be the same now that you’re gone Paris. It’s going to be quiet, and I’m going to feel your absence every second. I’m going to miss opening the door letting you in and out, and your dance greetings and seeing your furry body at the bottom of the stairs waiting for me every morning when I was home. Open bags around the house will feel so empty without you in it. Like I told Benjamin, you’re going to be the first guy I look for when I get there. I’m going to miss you every day until I see your furry face again, I love you so. Thanks for being my best friend. 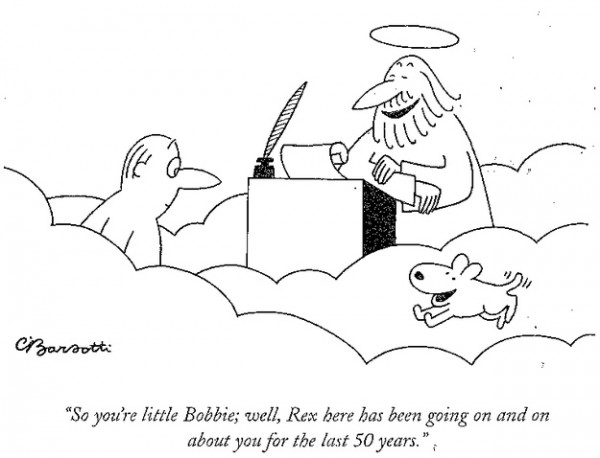 There are 10 comments on All dogs go to heaven.