Categories Menu
W
ell hello hello! My first time finally sharing a diary entry from my diary pile. I have shared a few pages several years ago on this blog and IG but never knew the right way to go about it. So, let’s try this – I hope to do this once a month. At the moment I want to keep them light, relatable, and just plain fun!

Knowing how much I share in my diaries (as you can see on the December 11th entry), I am sure that I will share deeper topics because that’s in my innate nature. 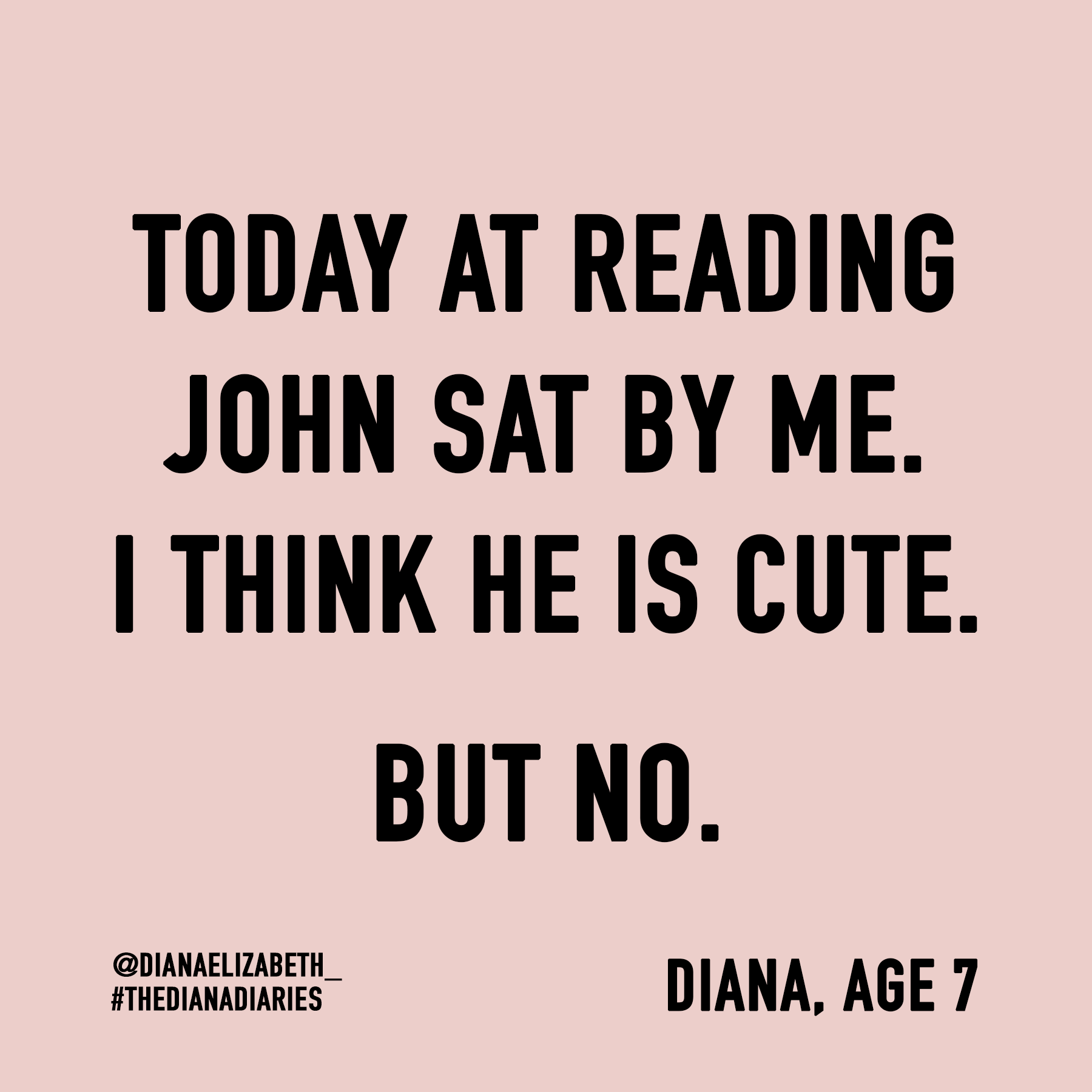 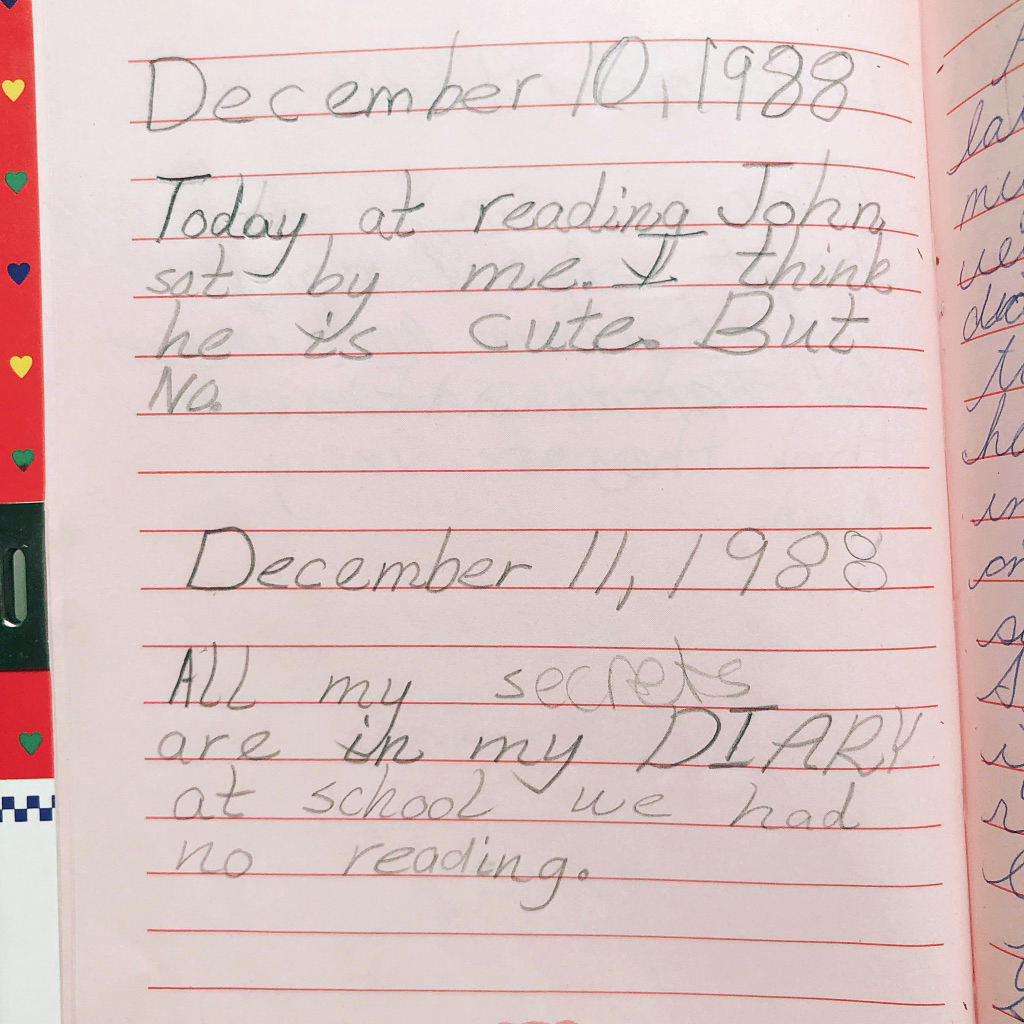 This John in particular, I remember very well. He had brown spikey hair, piercing blue eyes, like really blue. Trust me, I don’t remember or notice people’s eye color. I had invited him to my 7th birthday at Chuck E. Cheese but he couldn’t make it my mom said. So, the next day at school I had “gifts” for friends who came and I had one wrapped up for him, with a bow on it and everything. It was a folded up piece of paper I had drawn rainbows, clouds, hearts and “I love you” on it. I watched him excitedly and curiously open it under his desk as the teacher walked by.

I’ll guess he was pretty disappointed, haha! But he never said much from what I recall. I might have asked him if he liked it, but who knows. I don’t remember any heartbreak and that was it. In the diary entries following I can see that I moved onto a blonde boy named Matt. 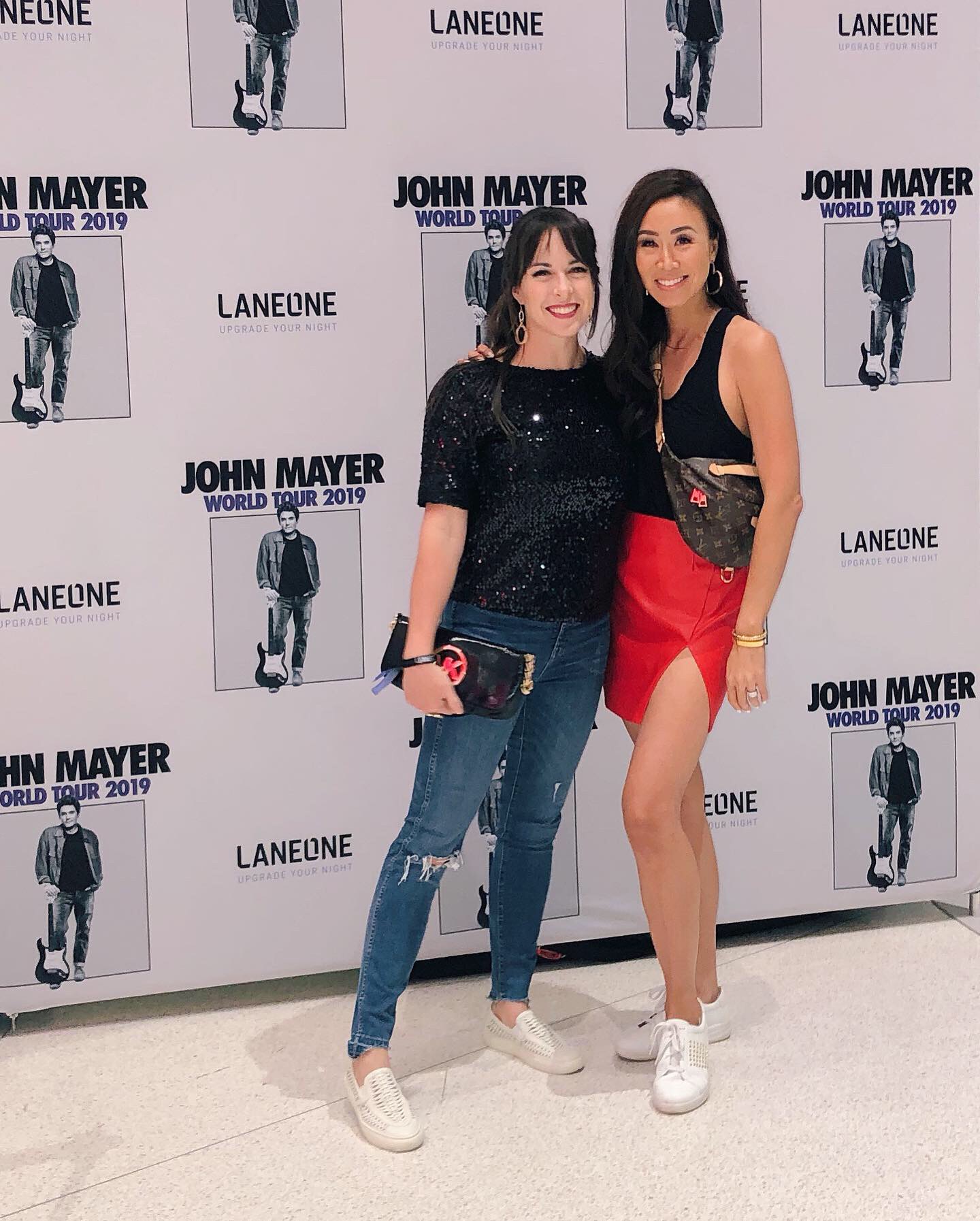 N
ow the John I want to talk about for the 462nd time on this blog!! I’m aware not everyone reading this is a crazy JM fan (but you could be if you listened to more of his stuff *wink*) so I’ll try my best to make this post relatable, stay with me. This is about indulging in the things that make your heart flutter. And guts, lots of guts to do something outside of your comfort zone and share my experience in hopes that you can find your “thing.”

They wouldn’t let me in the venue with my sign. Boo. Booooo to you Mr. Security man who could have easily turned a blind eye to my folded up sign. I mean just when I had the gumption to jump in my car after getting texts daring me to do it, telling me that nothing great comes from staying in my comfort zone, I drove to Michaels, and dropped $40 on a ton of felt and black lettering, and battery light up stars to guarantee his attention. I texted my girlfriends back and forth for over an hour for lettering position feedback then youuuuuuu Mr. Security man had to take it away from me! Wah!

The venue said no signs they were told by production -what is this show going to be on HBO? They were quite aggressive about it. They said it had to be smaller than 12″x12″ and clearly none of my sign really would work other than the “CU 6x” which I should have cut if only had scissors. If only I could carry a Swiss Army knife anymore. Dilemmas. I will tell you my future sign plans in a second – because I WILL GET ONE IN! 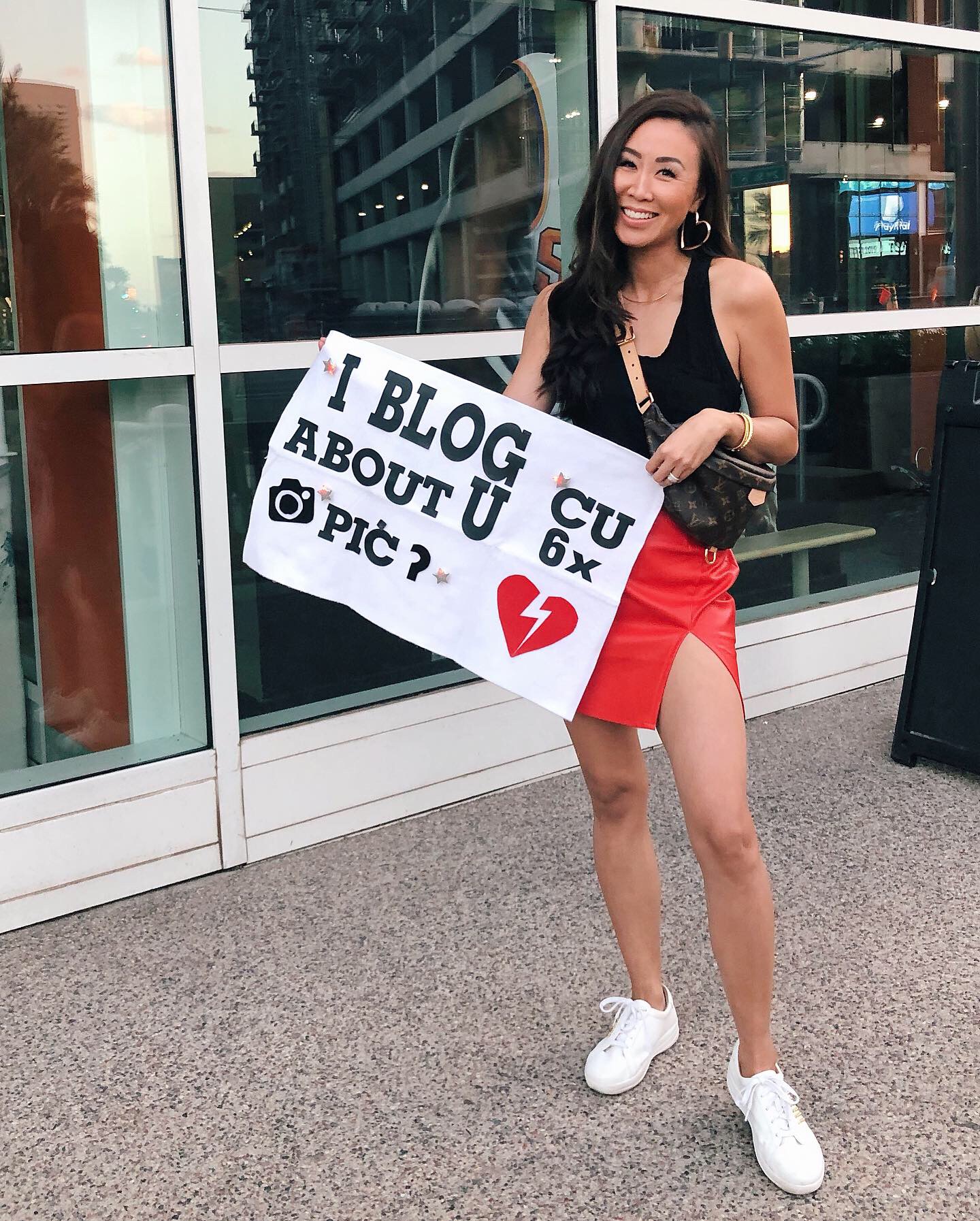 We left it folded up by the trash can and thought we’d come back to get it. I refused to let it ruin my night. At the end of the night though I didn’t feel like checking it and wanted fast food and an Uber.

I have never spent more on concert tickets in my entire life (4th row center). I don’t say this to brag, but to emphasize that what in life makes your heart flutter, makes you scream, makes you almost want to sweat, cry and almost nervous pee? Those are the things worth spending hard earned money on. There are not many things in life that give us those screaming teenie bopper feels anymore, so indulge in them while we have the excitement. We can be serious later, or, we can never be serious and always find the excitement doing our “thing.”

I mean look at this – the video evidence.

What is it that gets your heart pumping like this? Look at Meagan cracking up, haha!

Do it, sign up, go, experience it, go solo, bring a friend, whatever you do, DO IT!!

This was Meagan’s second JM concert with me. I had her come with me to the 2010 Battle Studies Tour.

My goal other than meeting him (though it’s said NEVER meet your idols) was to take a photo by the Current Mood backdrop. This is a backdrop that John does an IG Live every Sunday night. So it’s kinda for us crazies. 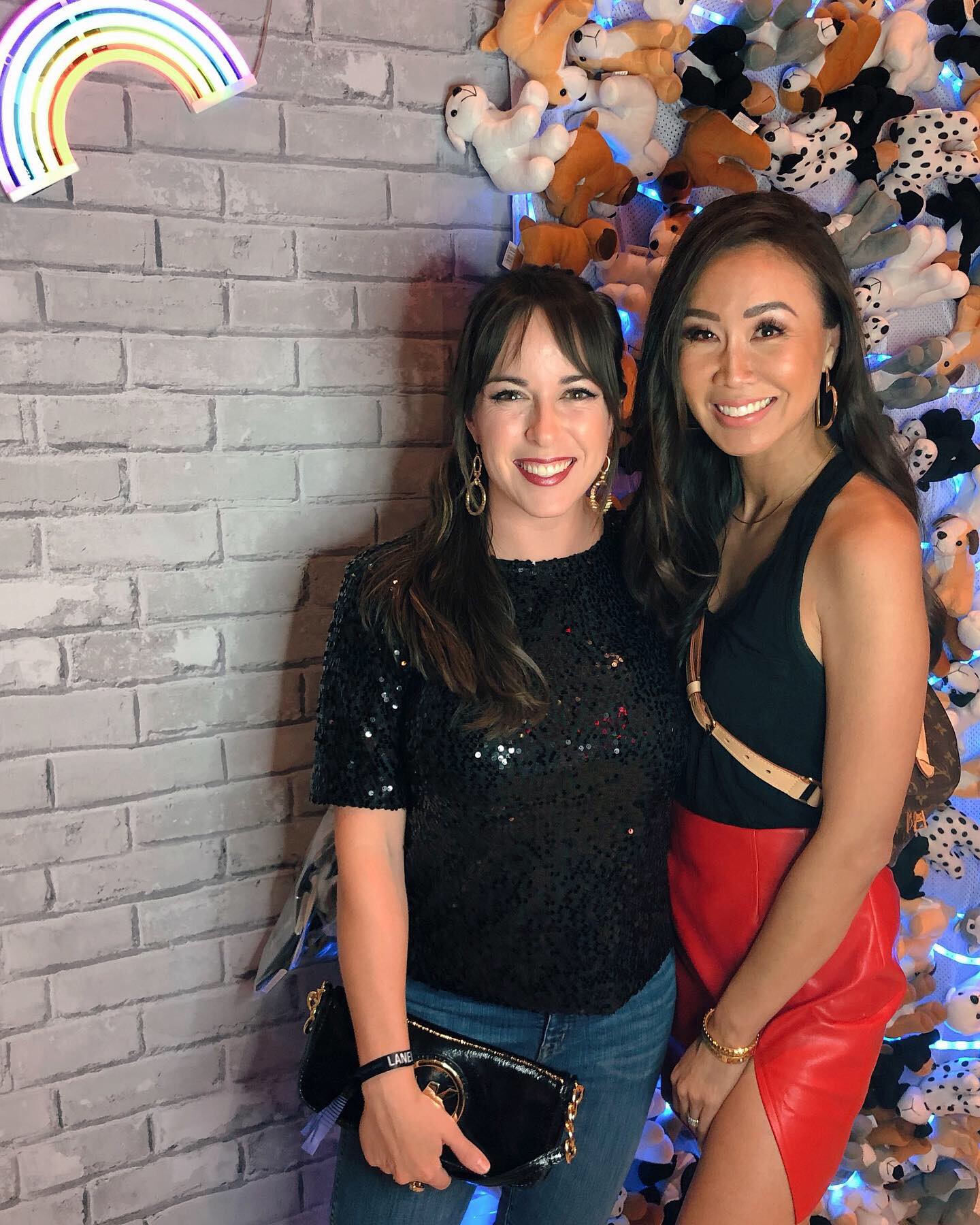 ^^ I was glad I had the ladies behind us take photos with our phones because I wasn’t convinced the ring light was great (my teeth are whiter lol).

All the pennies were worth it to get close up, fourth row center so I could see his guitar face up close. Plus, once I got a taste of it two years ago in fifth row, I could never go back. Meagan usually hooks me up with suite seats for most concerts but I said no, you come with me and join me on the floor. I got you. 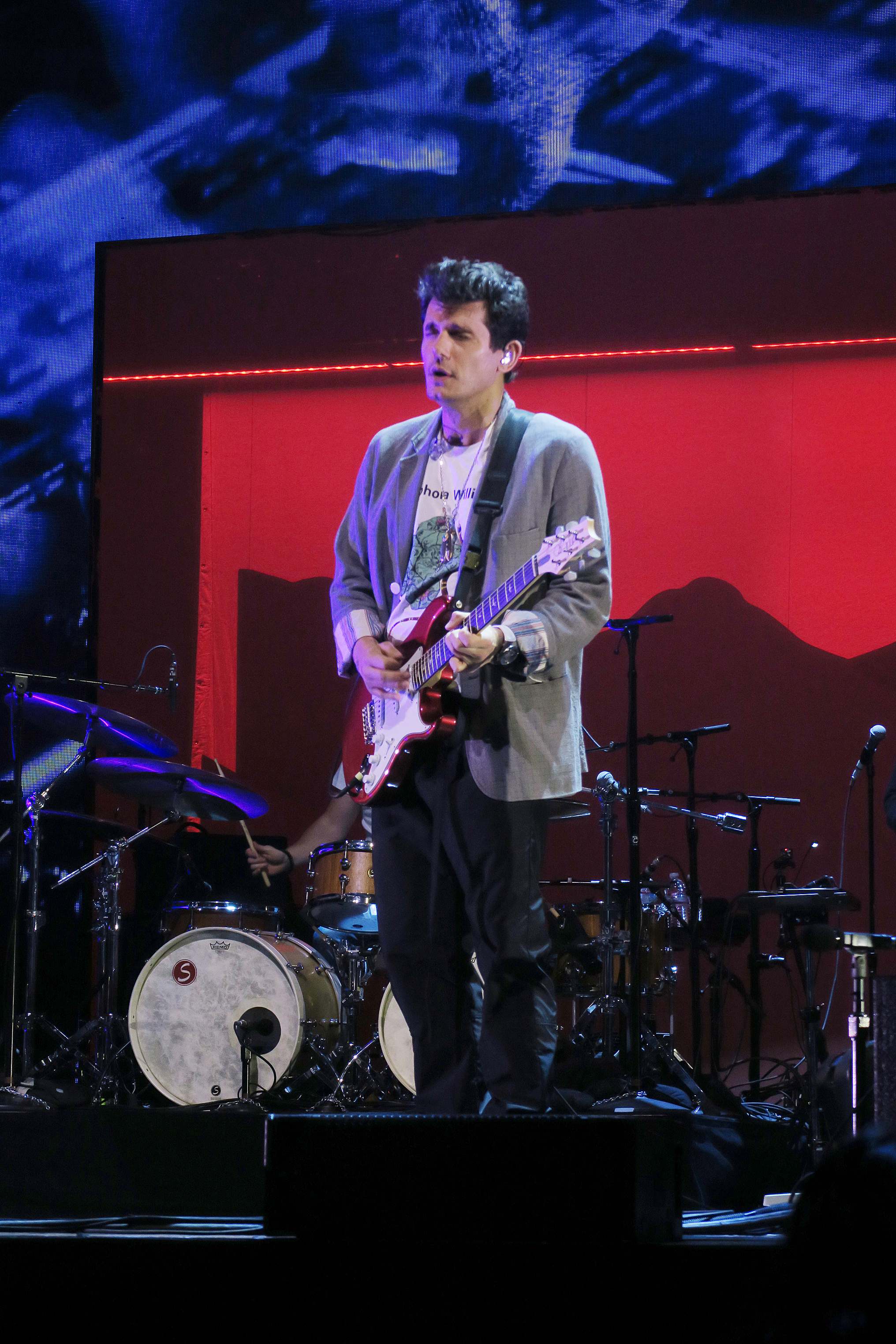 I didn’t see many people on their phones. I didn’t take any footage the first half and realized I should take a few, for the blog, you know, for just a little memory. So I snapped a few on my camera then I put it away and continue to bounce around and scream at the the top of my lungs. And that’s when I’m grateful Meagan captured some fun.

I noticed the crowd being present. No guilt for anyone who was on their phone but if anyone did it, it was not constant. People were there to take it in, take him in, the greatest guitarist of our generation.

If you’re a JM fan, have you seen the documentary on YouTube? It’s amazing. I might watch it again, in fact since I’m going through withdrawals currently, I will do just that tonight. John Mayer: Someday I’ll fly. 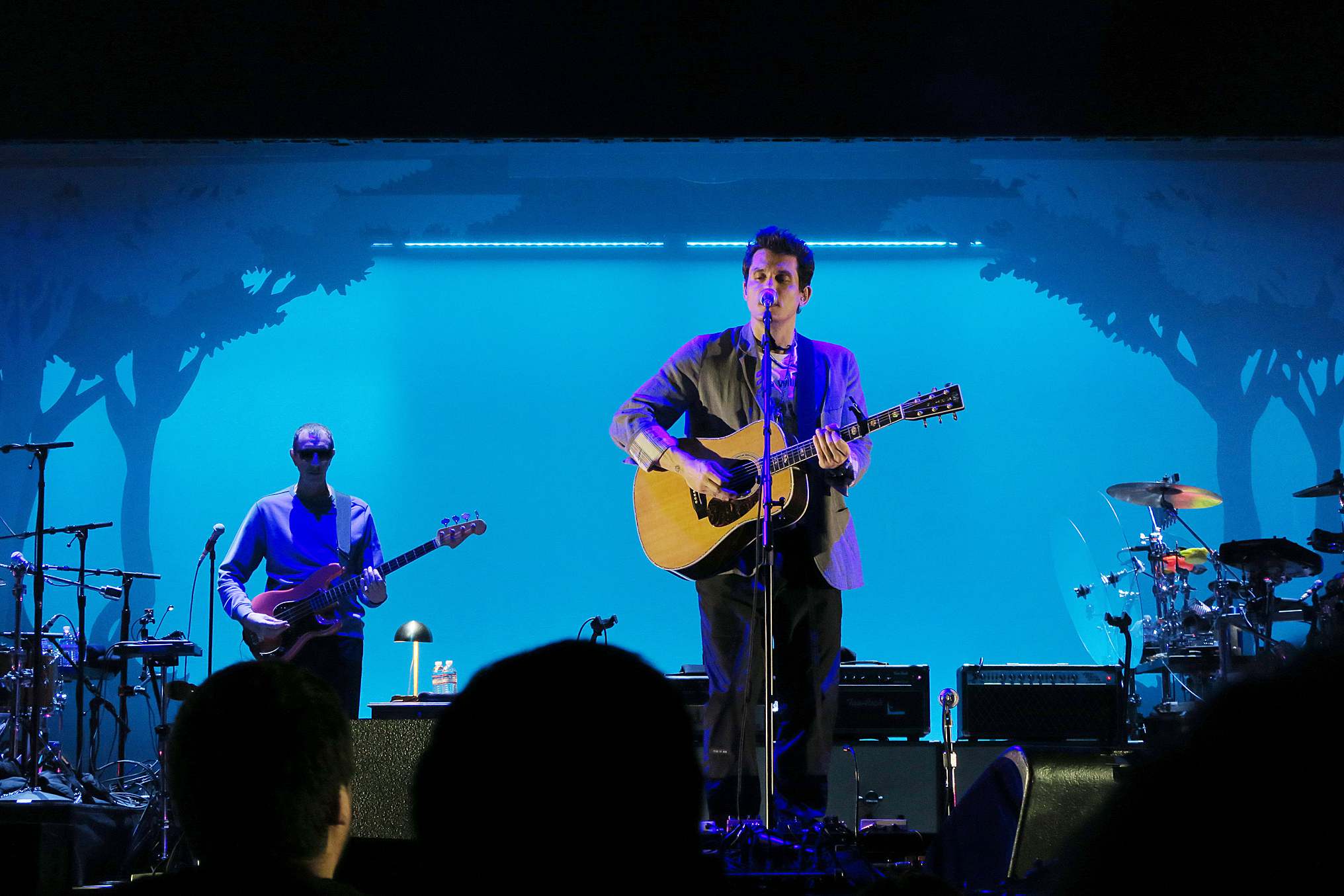 Oh I love this man so much – and this beautiful, fun, encouraging, ride or die best friend of mine who also bought me not one but two concert tee shirts. She’s the best. I love you MK, thank you for being you and coming with me and also taking photos so I didn’t have to and I could be in the moment. I know what you were doing for me and I love you SO much!! 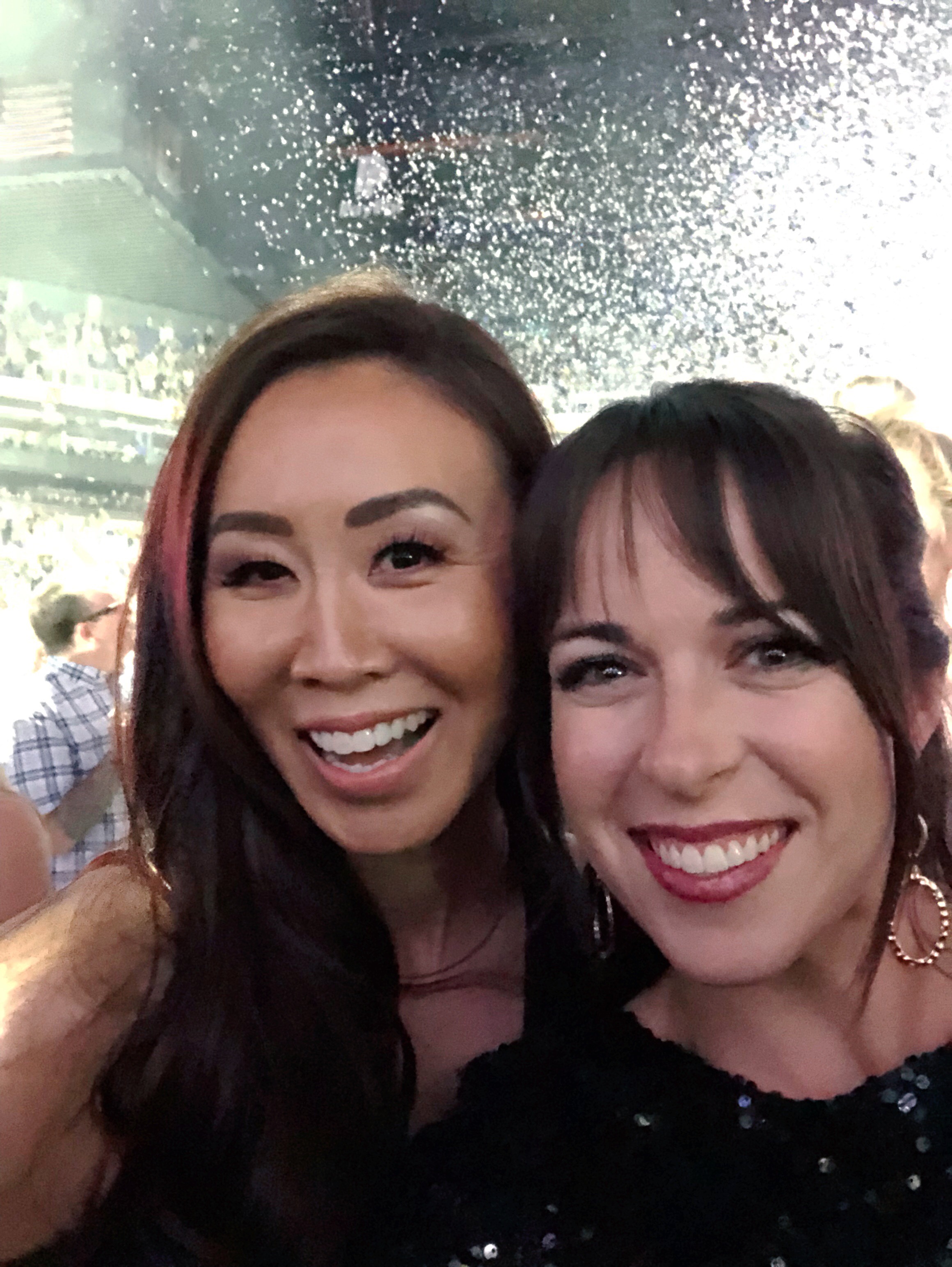 Until next time, John. I will see you lucky number 7, next time.

Future signage game plan: I’ll wear the sign on my shirt then take off my shirt hold it during the concert. They can’t take away my sign then, it’s on my body. Whether I wear another shirt underneath will depend on what gets your attention, John.

I’m going to start saving for your next concert, don’t take too long, k? ♥ 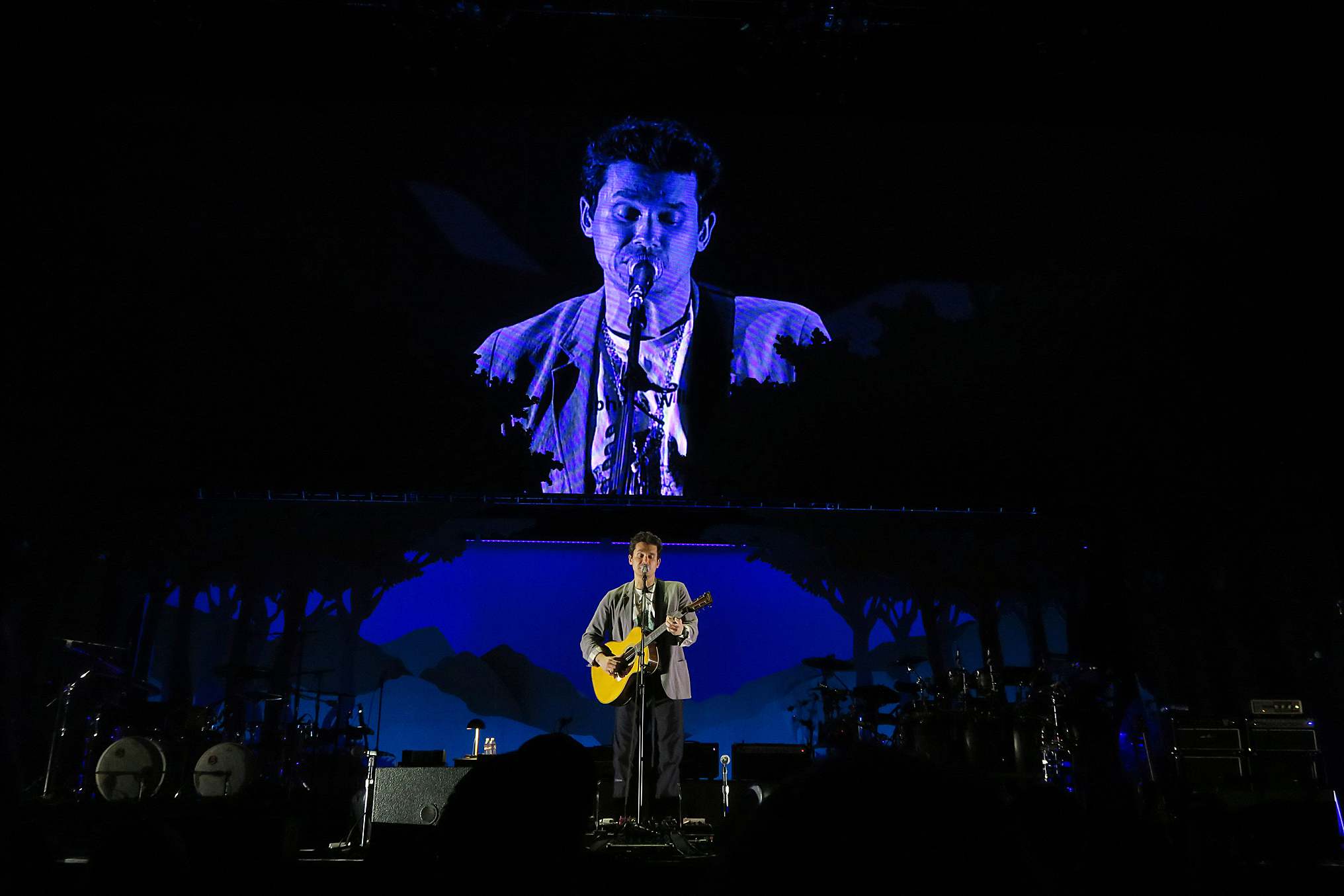 And next time, please God – 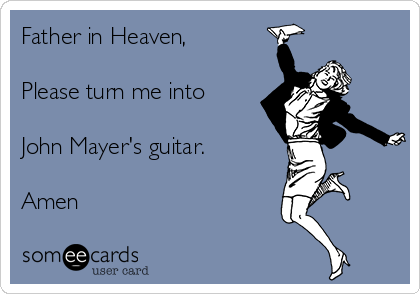 or even his harmonica.

That would work too.

Diana Elizabeth is happy to grow old with John. She also says save up that money that you spend on shoes, clothes, those things and instead invest in yourself, your experiences. Whether it’s a trip it doesn’t have to be extravagant just time for yourself, or with people you love or seeing people you love and dance your freaking booty off. #YOLO

There are no comments on Diana Diaries: John.