Since we’re eating, growing, chopping and doing all these things that have to do with greens and browns, I figured now is the time to start composting.  Yeah, I never thought in a million years I’d write a blog post about this.  Are pigs flying?

I took a composting class at The Simple Farm in Scottsdale which was incredibly informative and so much easier to understand than a book I previously read.  Simple rocks.

I suppose we’re ready.  Or, I am since this will be my job.

This is where our compost turner is – behind this gate by Moon Ornamental Iron.  Mr. Moon is one of the nicest guys you will meet.  He made this custom gate for us and the trellis too.  He is also wonderfully priced, I can’t wait for him to work on our next gate! 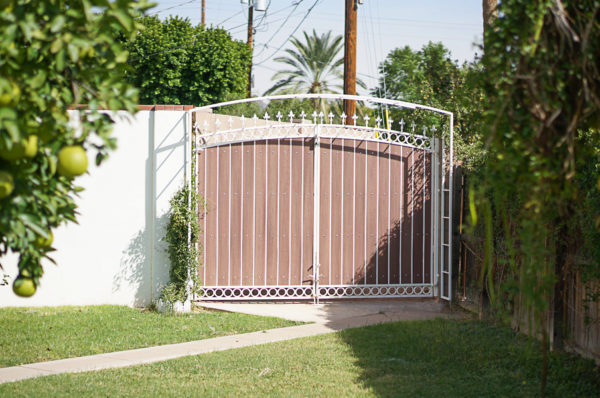 Behind our gate we have a small area before we hit our alley.  It has some our of our native soil from lots of nursery deliveries.  We know not to just throw it away, so we have the Whitfill Nursery boys dump it here. 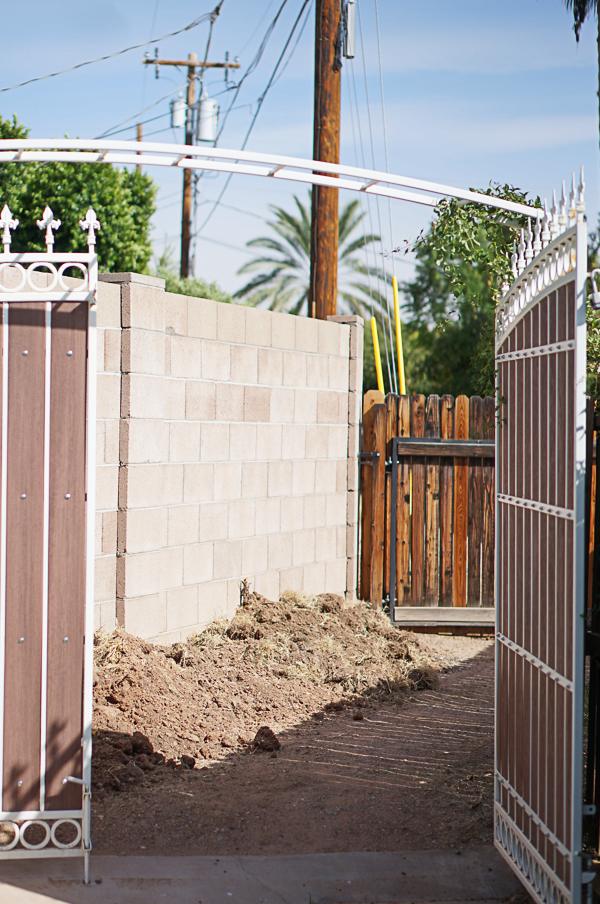 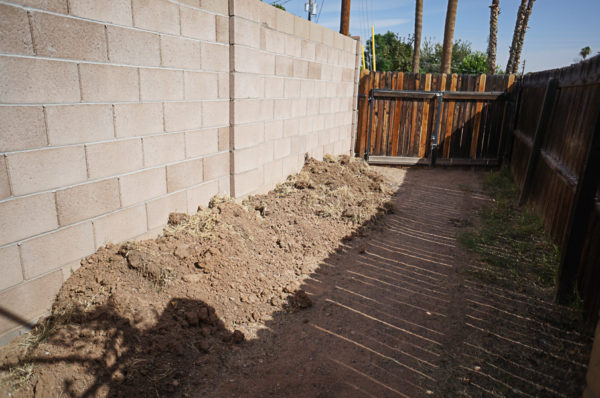 We scooted some of the dirt over.  The compost turned has 2 bins where I can decide when one just needs to cook, and the other side I can keep adding (there’s a start and finish lid).  So, two piles will be worked on and also I can dump it right on the ground and let it marinate more right with our native soil.  Our tiny home just has all the right spots that I need! 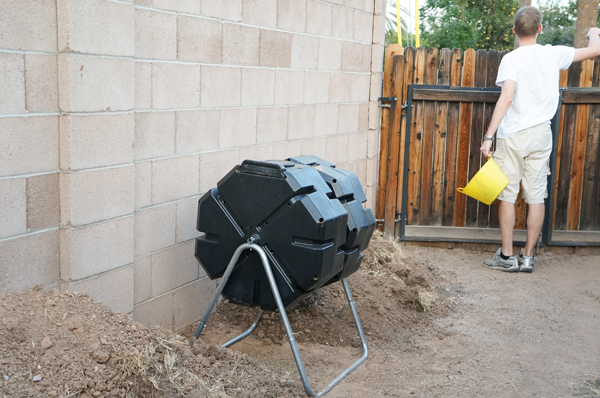 First thing in the compost – my biodegradable bag of compost from kitchen scraps and a few old limes that fell off and turned yellow – cut them in half so they’ll compost easier.  Apparently you can’t use a ton of citrus because it might kill the micros in there (some say it’s a myth) but you can do a small amount.  OK, so that’s like 50%, but whatever.  I never said I followed instructions well.

I have to tell you about these little Mexican limes.  I’m so embarrassed.  I thought they were going to get bigger and stay green so when they were yellow and started falling off the tree I thought they were bad.  I was telling Caroline about it and she told me, “No sweetie, they are good, this is the season they are ready now!”  And when I told her I composted about 50 she laughed and said, “It’s OK!  You’re learning, you’re learning!”  Oh terrible.  Exactly why you gotta ask questions and be around those who continually encourage you to keep going and learning.  I hope the compost enjoyed that. 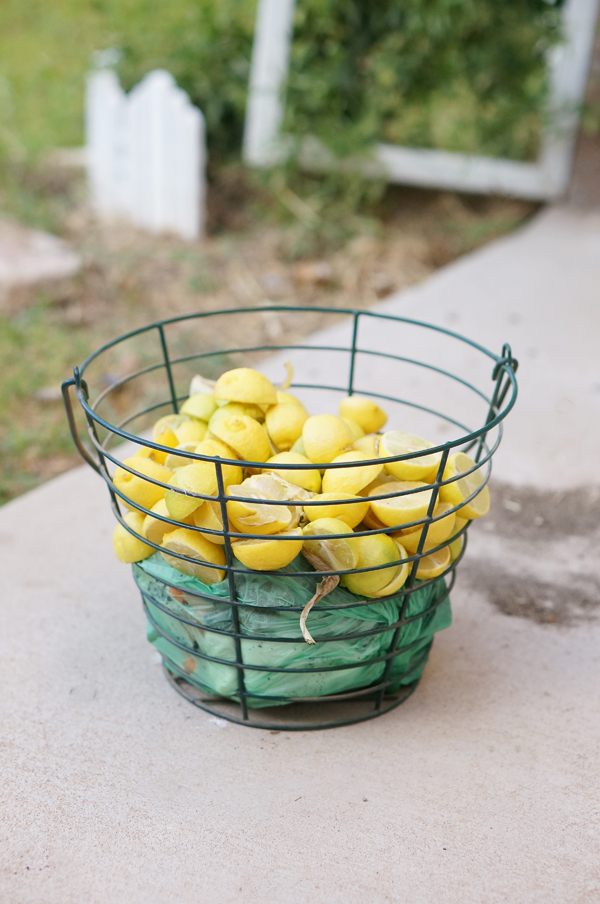 Found that bucket at Goodwill for $1.75.

Here’s what I have so far to get started, armed with my knowledge: 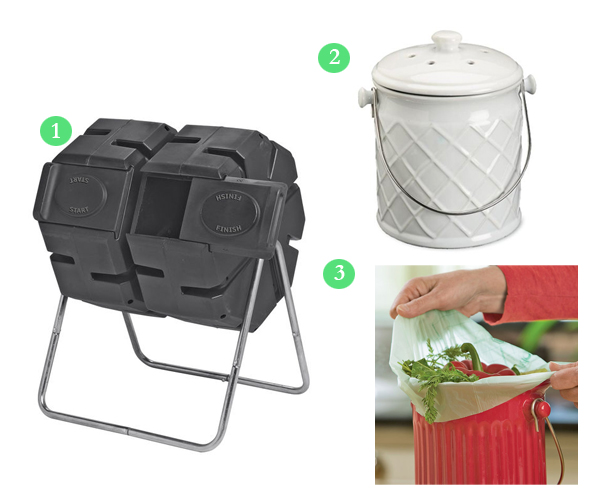 I used to feel guilty throwing veggie scraps or egg shells or anything that I know could be composted.  Now we’ll have bunnies soon that I can feed veggie scraps to and a compost.  Mother Nature is going to be so thrilled with me.

Diana Elizabeth explained to Mr. Wonderful what can go in the compost and he opened up the trash can and took his banana peel out and put it in.  He was very excited.

There are no comments on And now I’m composting.