Just because I’ve been quiet on social media lately doesn’t mean our house and garden projects have stopped! I have been busy being project manager again which is always fun!

Here’s the latest in what’s been going on around here!

I don’t know how long this pipe has been leaking in our wall on the other side of the kitchen, it might have been a year or two, I just always saw a drip. My dad pointed it out thought it was the spigot (which I pronounce incorrectly like it’s spicket, oops). Anyway, after still seeing water and realizing it was coming out of the brick a bit…it was time to call a plumber. 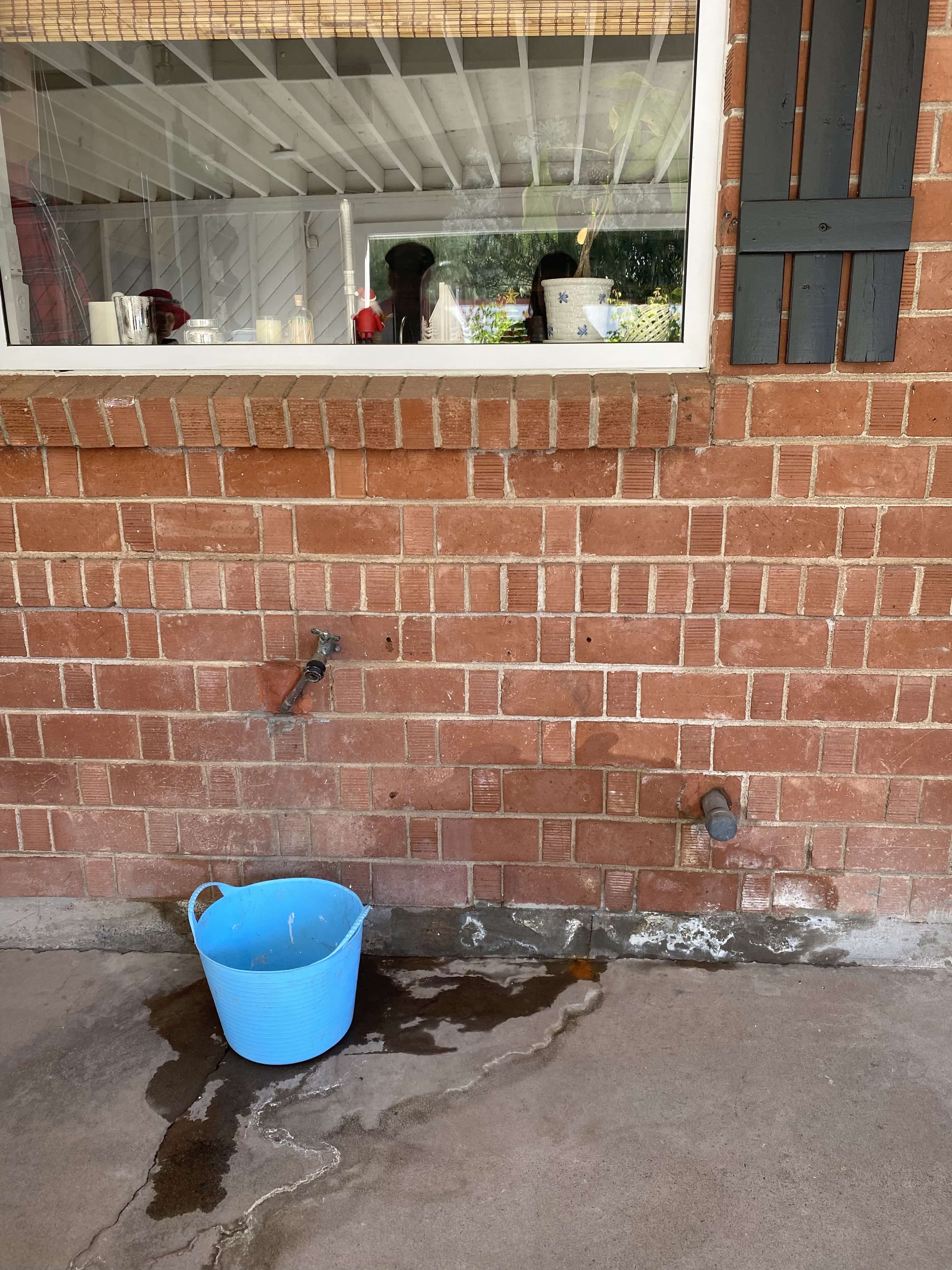 And this is why I love my 1952 home – I love my plaster walls and the block walls, no drywall (except the expansion parts).  Old pipes but replaced and fixed – copper pipes aren’t like plastic which is so much more durable for plumbing!

We haven’t put the brick back yet but it’s fine, nothing is leaking in and we have a block wall, no draft! The guys who worked on it said our home was built well, which we of course know because they made homes great back then, minus you know, old wiring or old pipes at time but you win some you lose some. We’ll eventually get to repairing this… 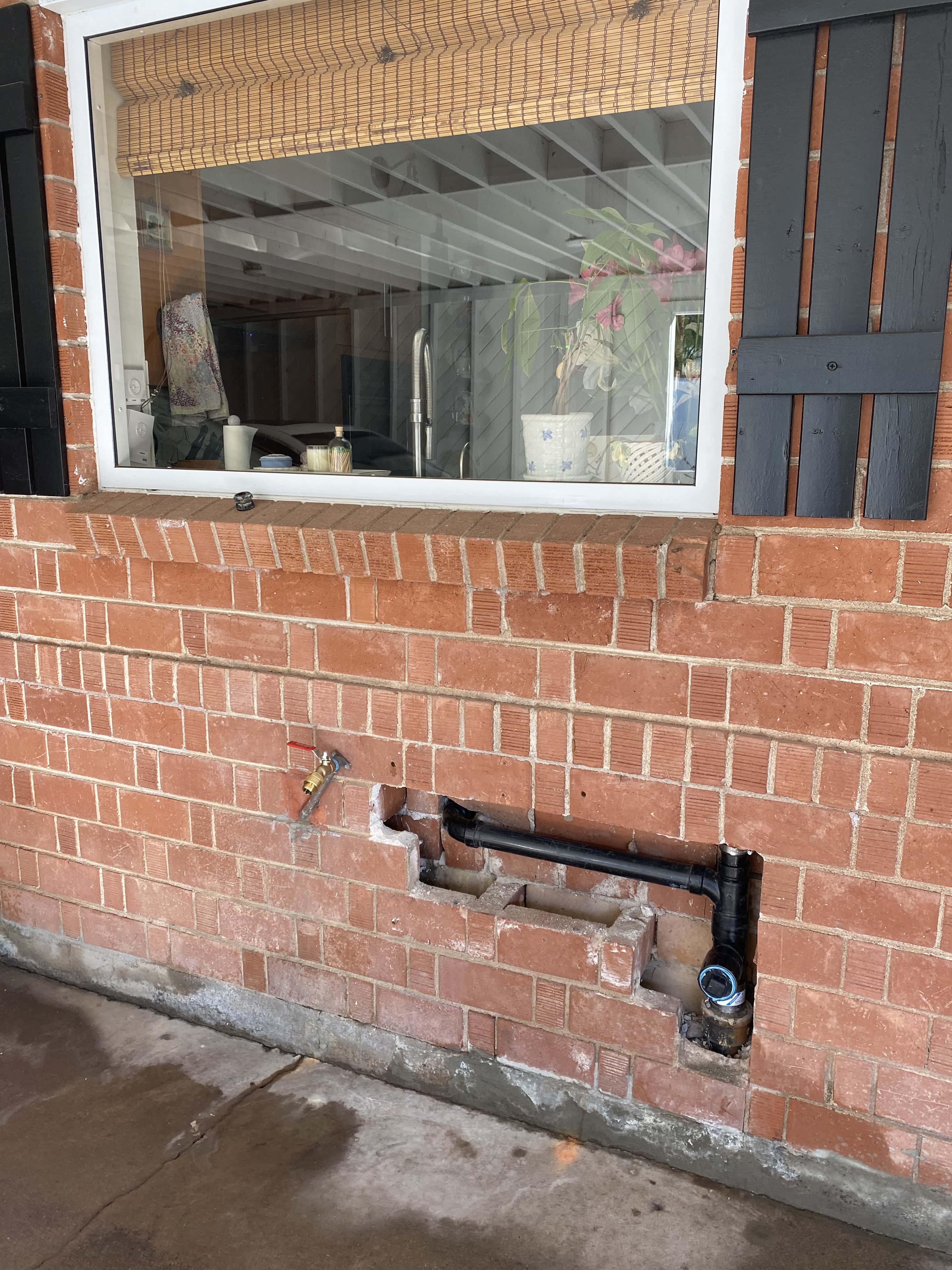 We added a new door to the hallway (Harmon hinge door)

The proper word for it, is a harmon hinge door because it pivots into the wall making it flush with the wall and comes out when needed for privacy. In our case, we wanted this door to block the hallway off from the rest of our entertaining spaces. A pocket door would have been nice, but we couldn’t do to the placement of an air vent in the hallway. If you are doing a new build, add in a pocket door from the living spaces to the hallway, you won’t regret it. 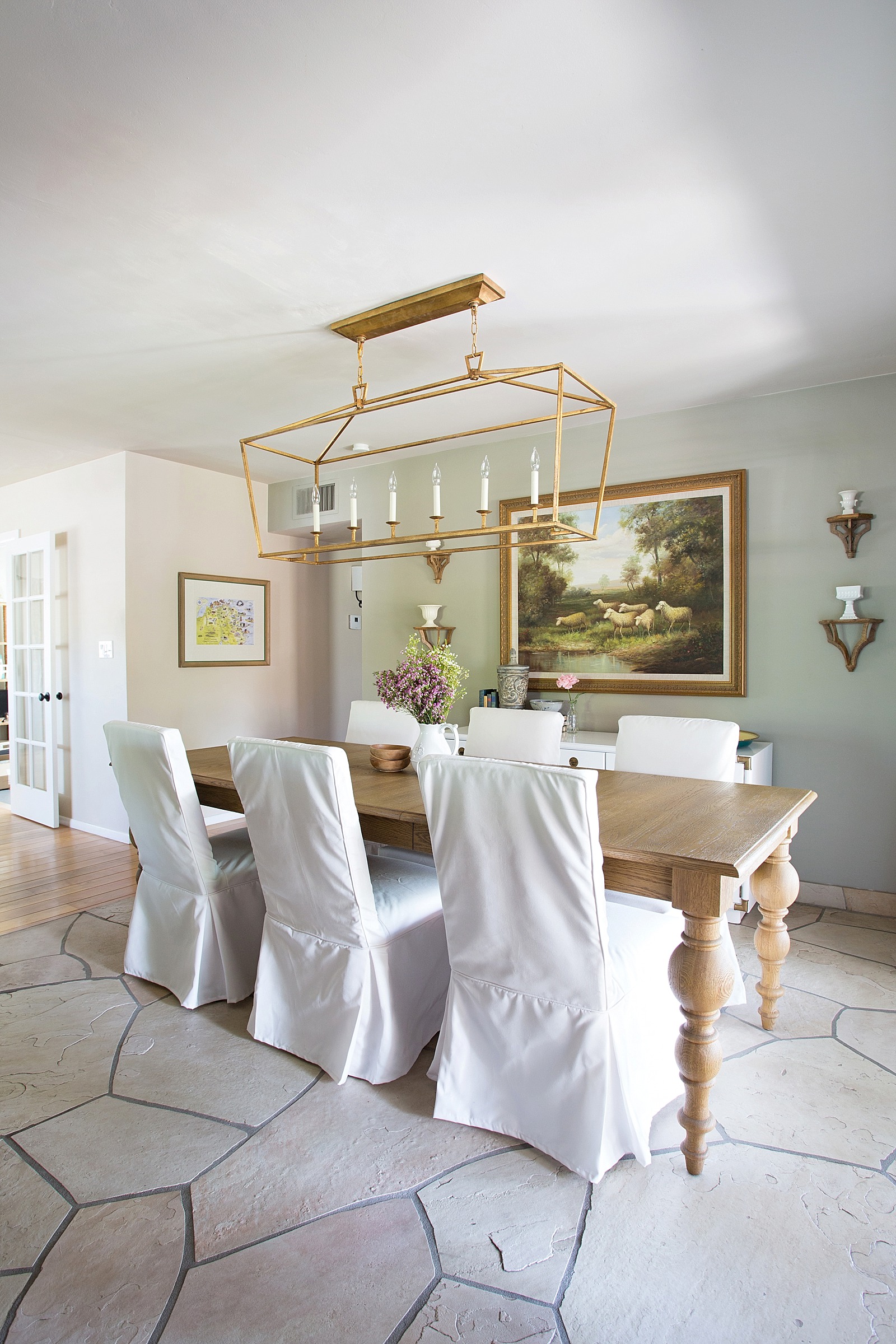 Future post and video coming up on the harmon hinge door, but for now, here are a few photos.

I also realized I have filled up that space a lot, a reminder that decorating is slow and steady, like 10 years in my case.

This dining room has undergone a lot of transformation and I reluctantly painted it white when I didn’t know if I wanted to wallpaper it or what! So I’m glad I just painted it Sherwin-Williams Alabaster like the rest of the home. It’s in an eggshell finish like the rest of the house, this wall is pretty matte though I used the Cashmere paint line. 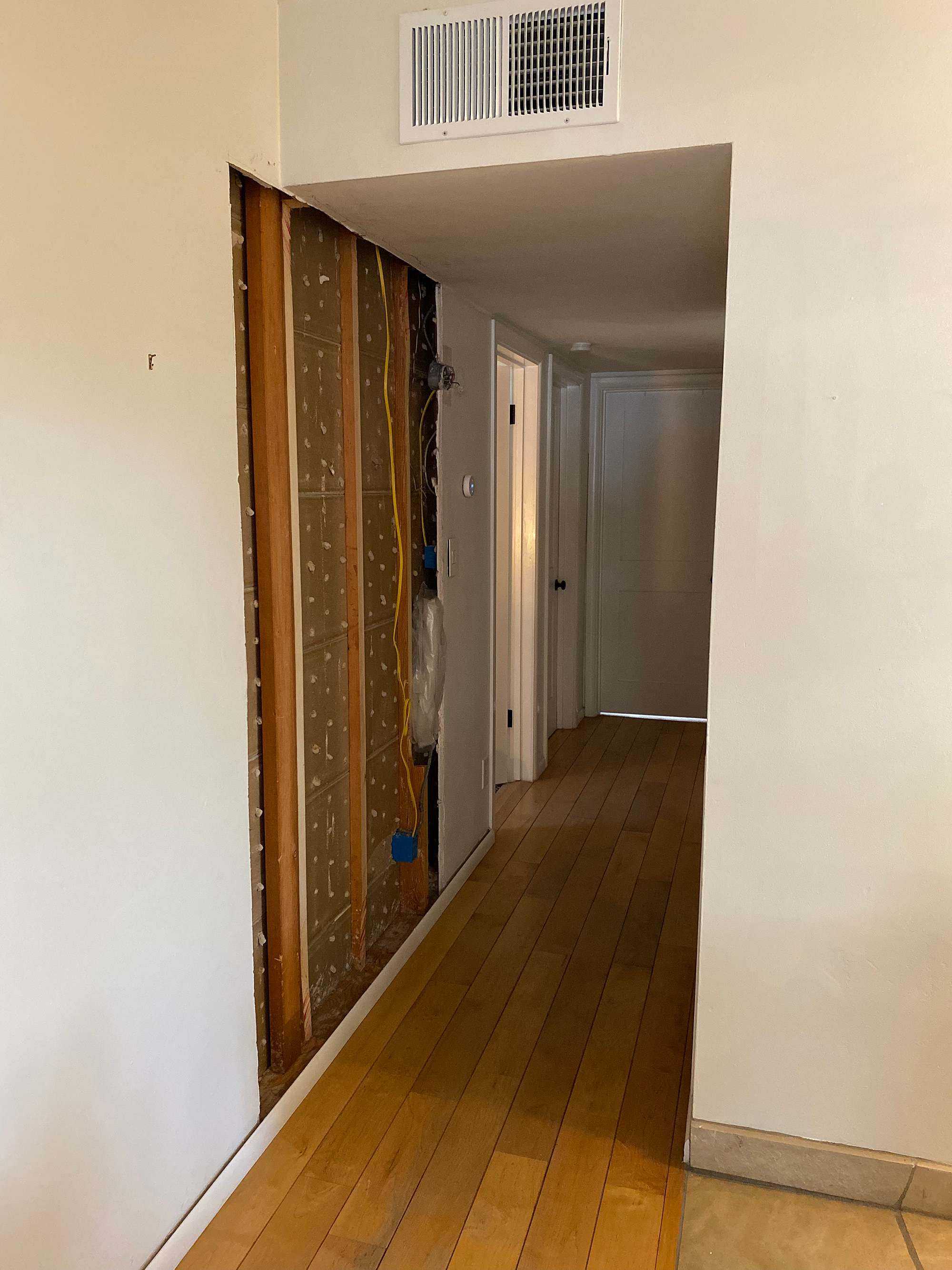 The other side of that wall is my office. Installing this project is Jerrod of Hill Farm Design who also built our open air garage, and fence in the backyard. Yes, I know I need to do a backyard reveal. I’m sort of waiting for spring when things are more in bloom but I don’t think that will happen as quickly as I’d like so hang on! 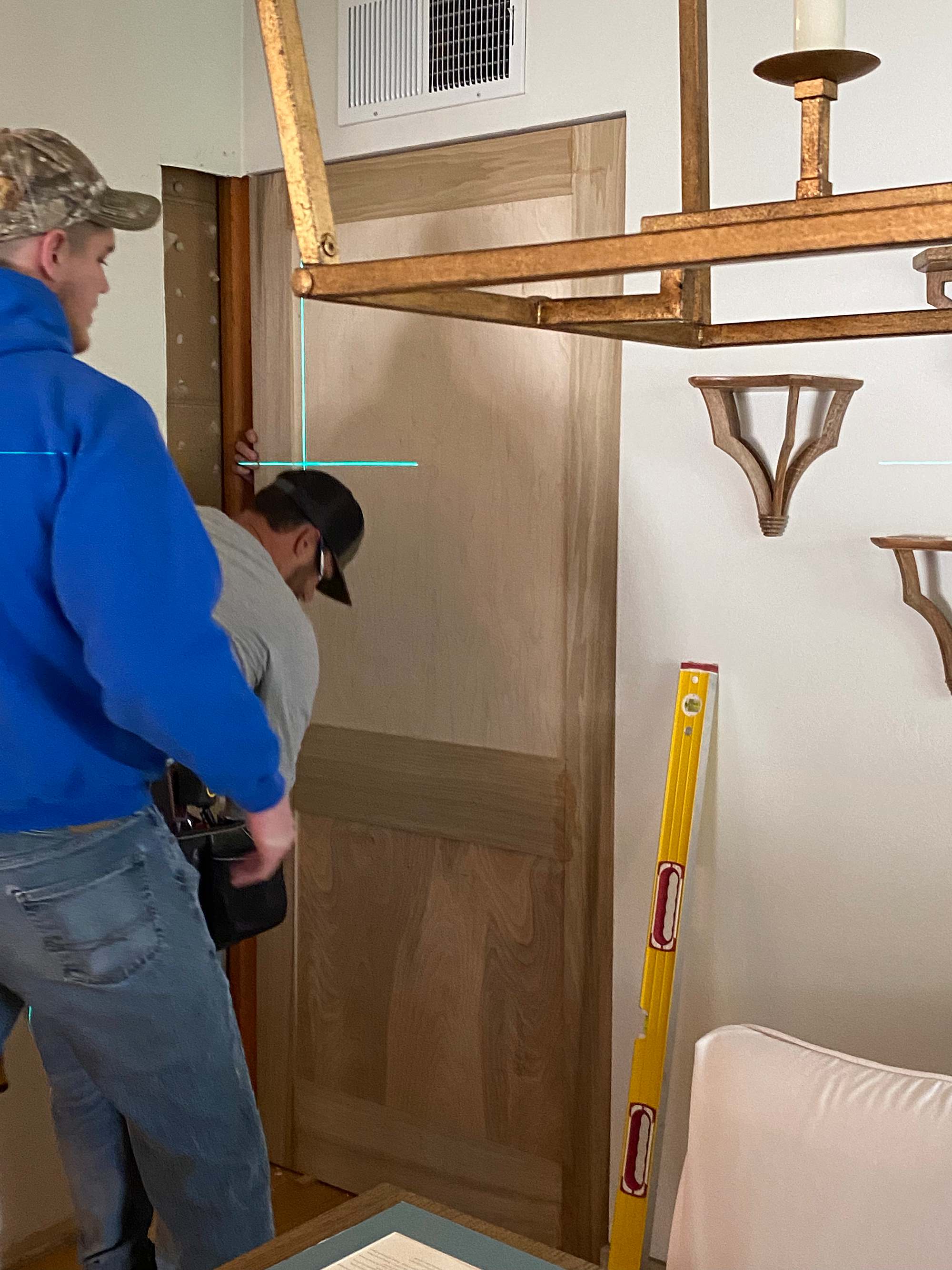 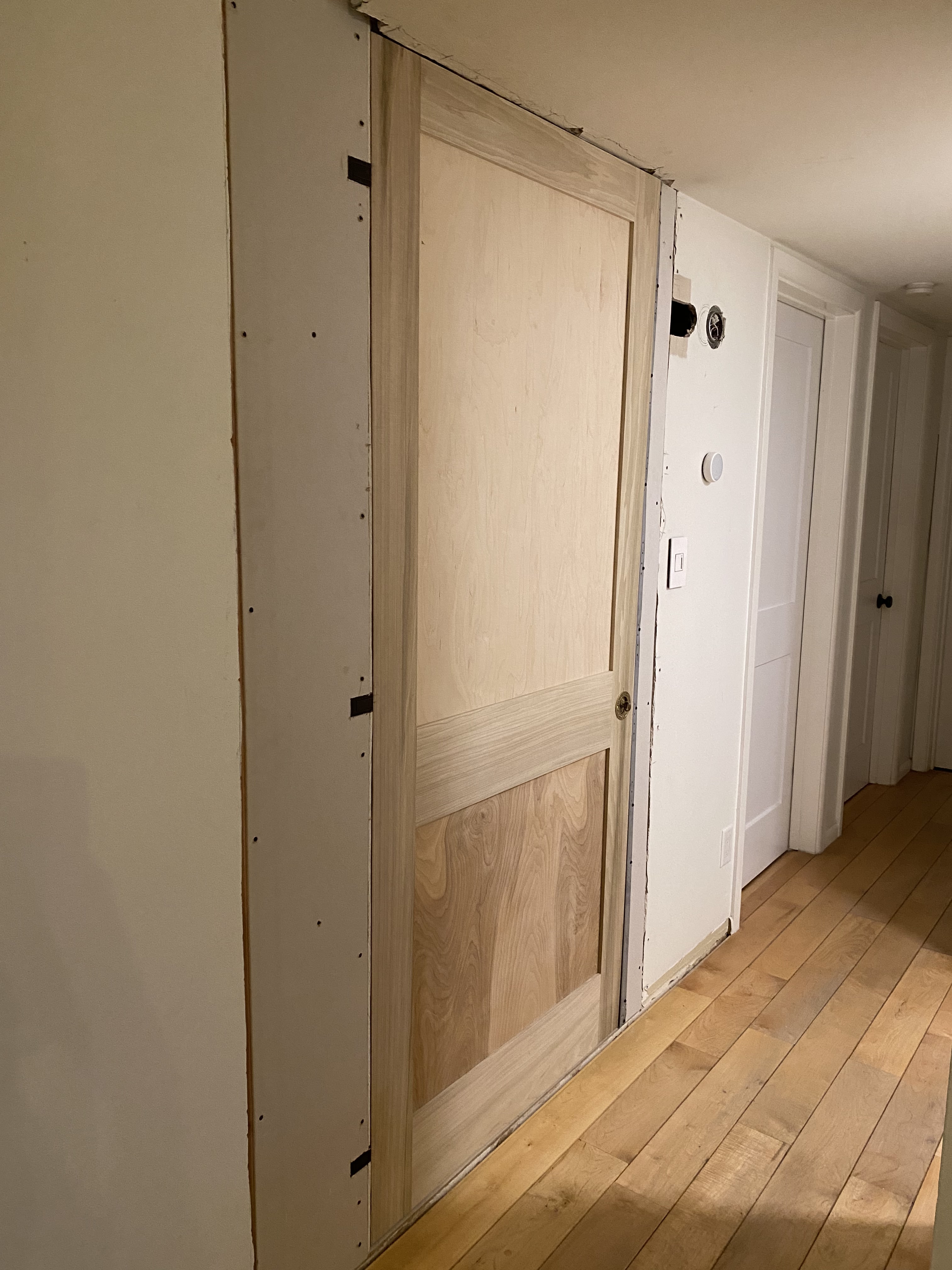 Then coats of drywall stuff went on it. I should know what this is called by now but I’ve never really asked. Wall mud? Anyway, its looking great! 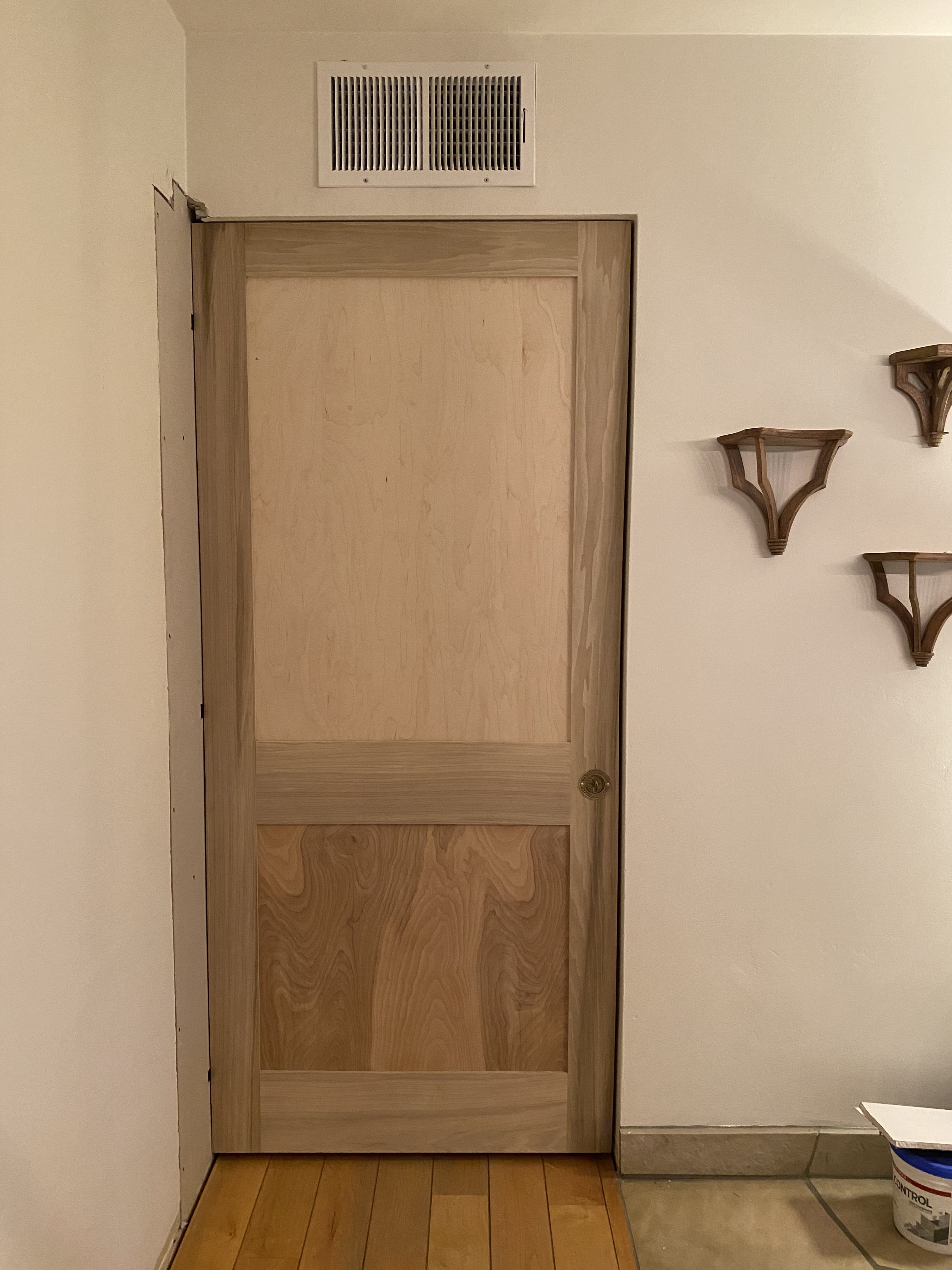 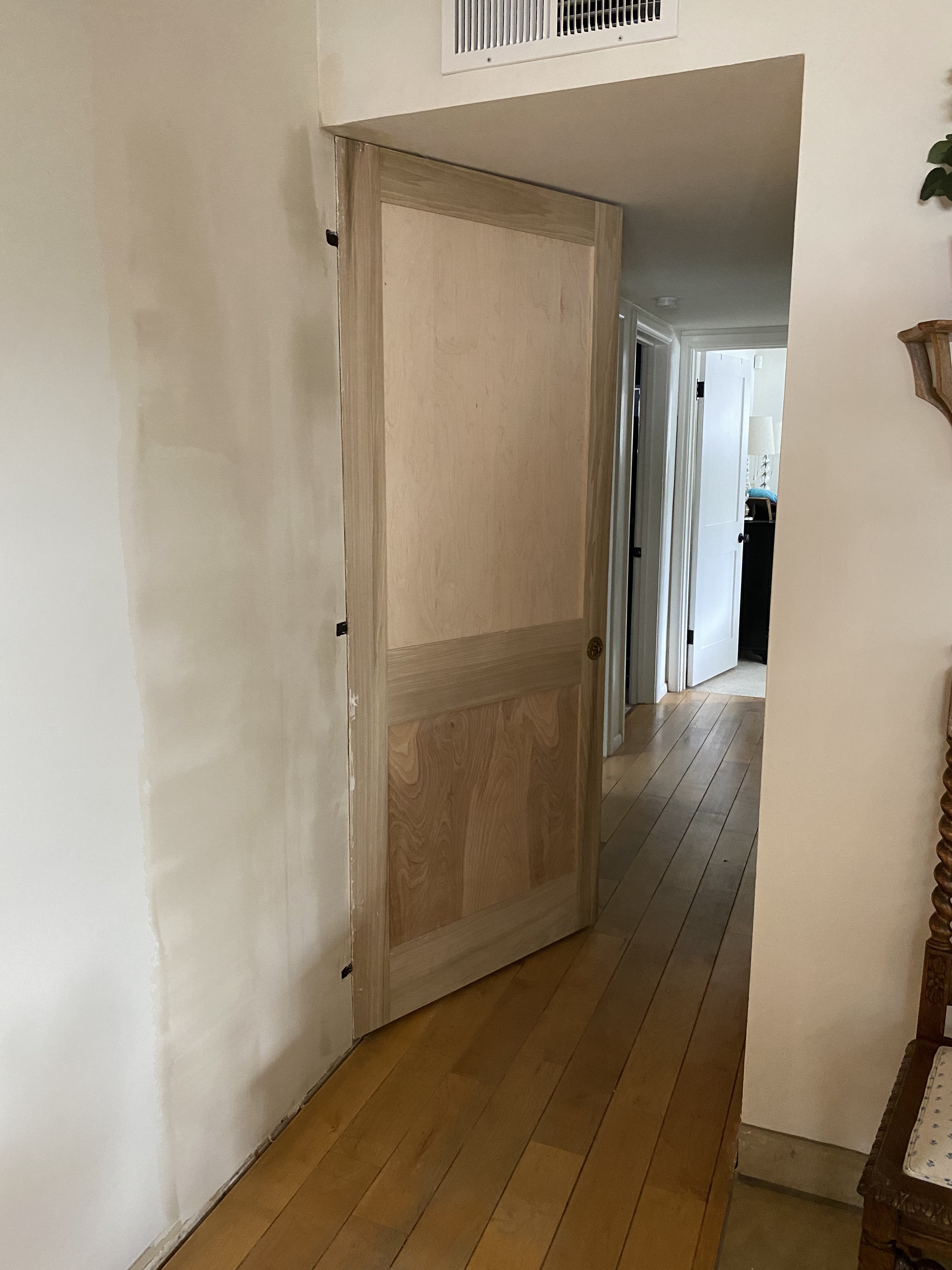 Also coming up, closet expansion so we are in very beginning stages but have finally agreed it’s happening so here we go. Also adding some landscape lighting to the kitchen garden.

Unrelated but it’s a blog and I’m going back to old school rambling, here are some things I bought at estate sales last week. I called it a bad luck week as three things I wanted to check out and possibly purchase were already taken which was a bummer, but I did score these items, so I had a few small wins. 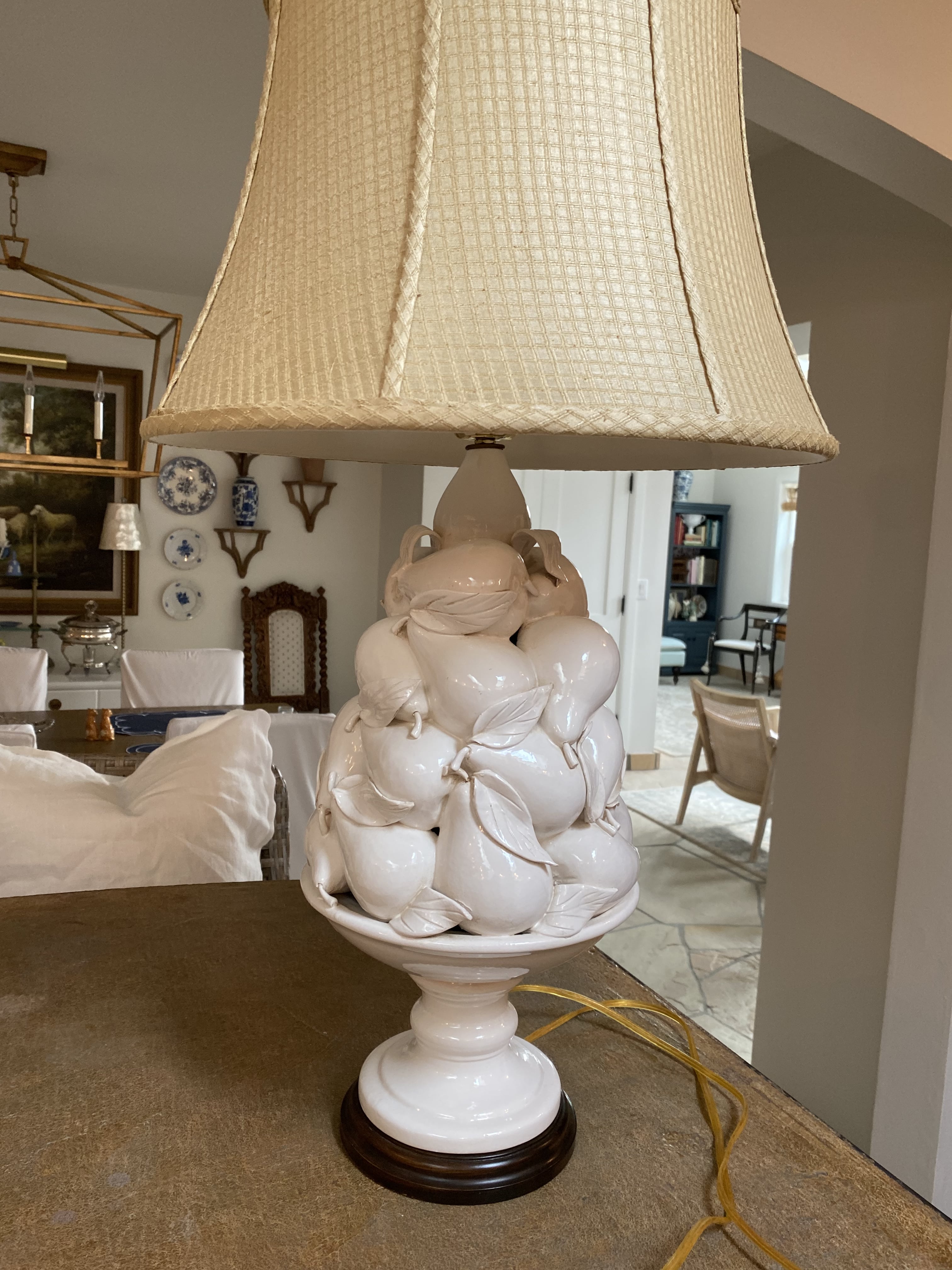 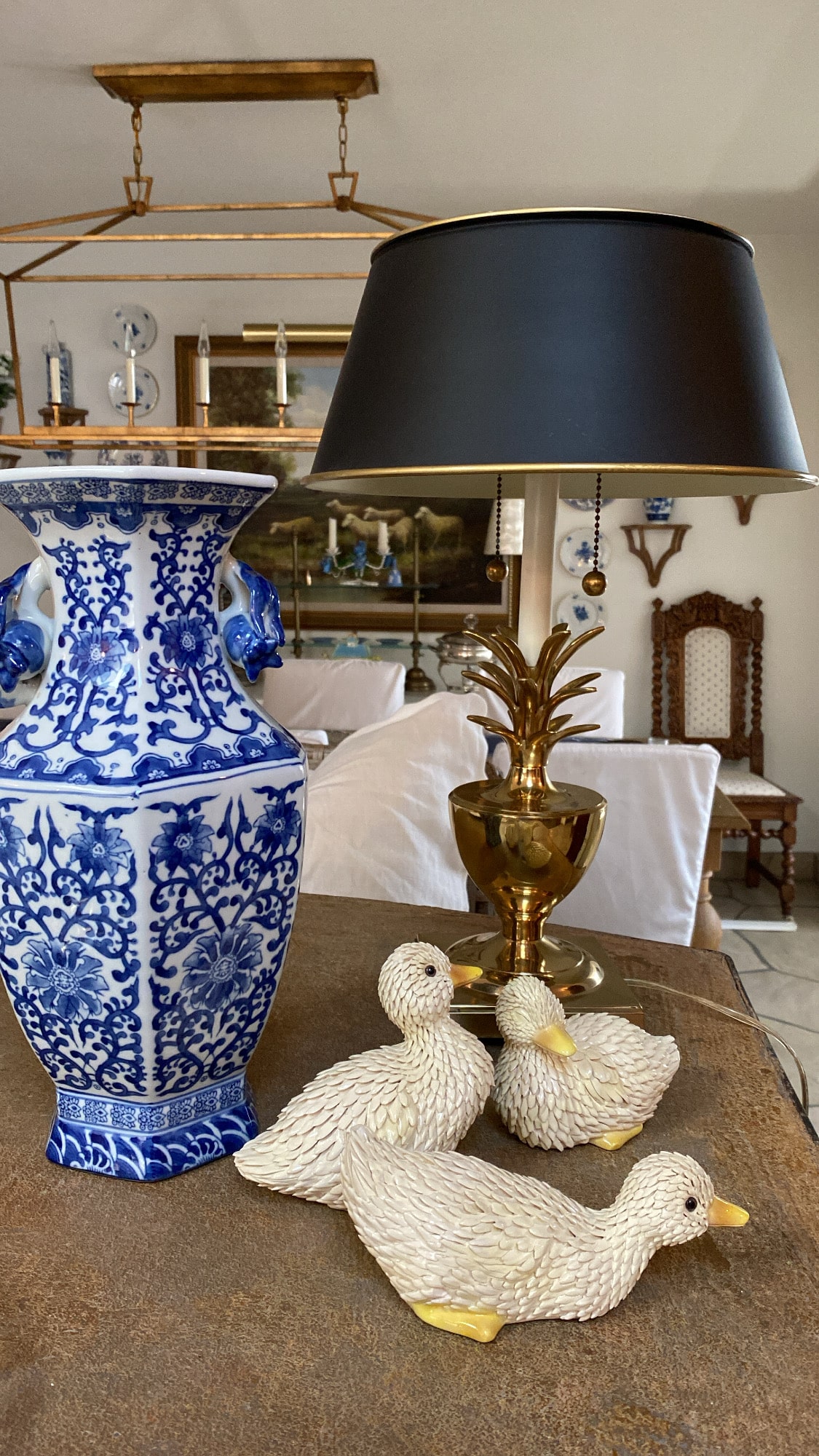 I scored the pear lamp for $95 (brought down from $115) and I’m so glad I did! I was debating going at 8 am when it opened but I was so tired and Benjamin said why not just go when I feel like it that way no line and if it’s there, then it’s meant to be? The brass pineapple looking lamp was $60 and I put it in Benjamin’s office. It’s beautiful and has two light bulbs.

The set of 3 ducks was $10 and perfect for spring Easter decor! They are already in my garden room I’ll have to share them. I think they are just adorable, the texture on them and yes definitely hand made! 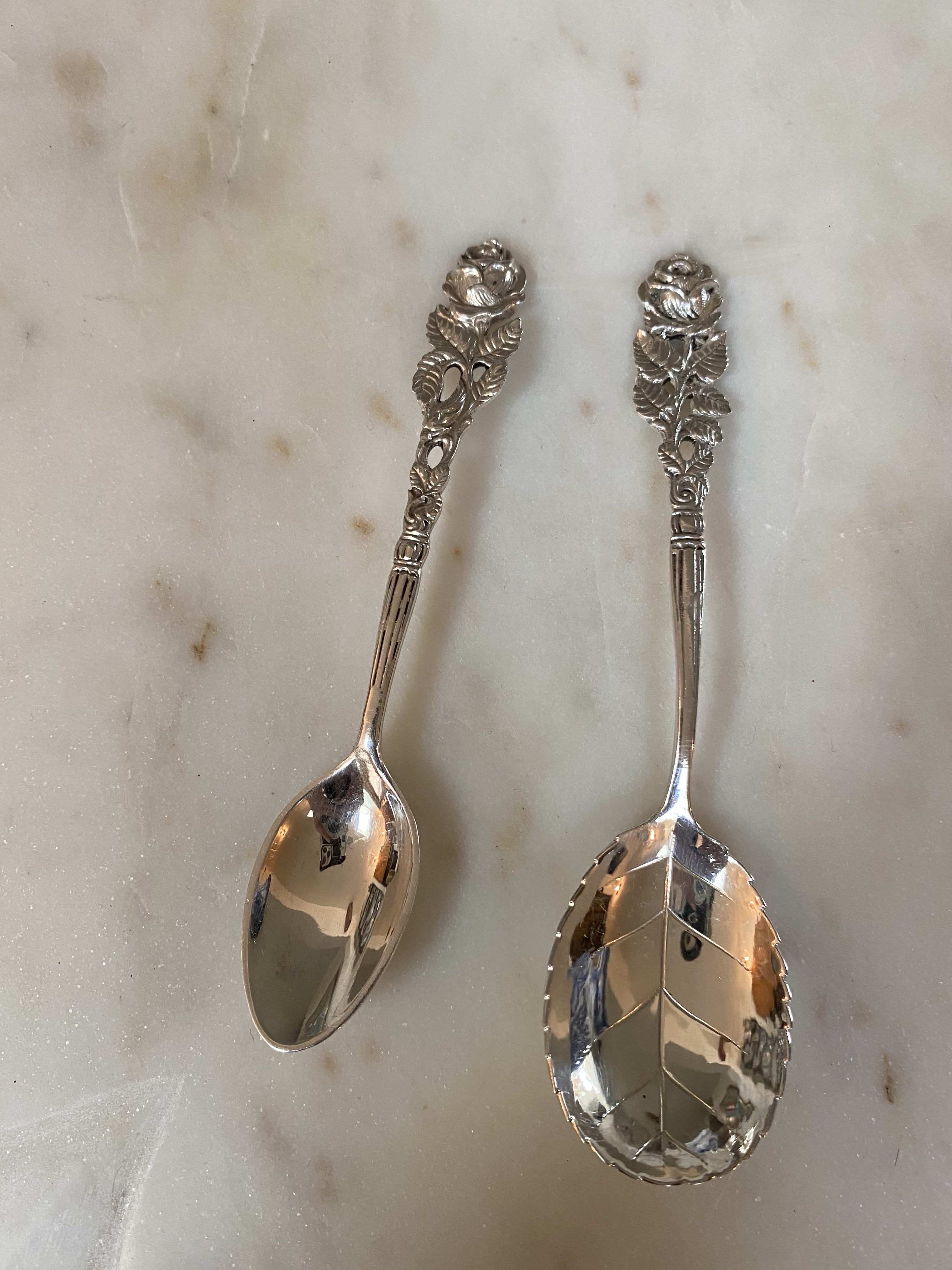 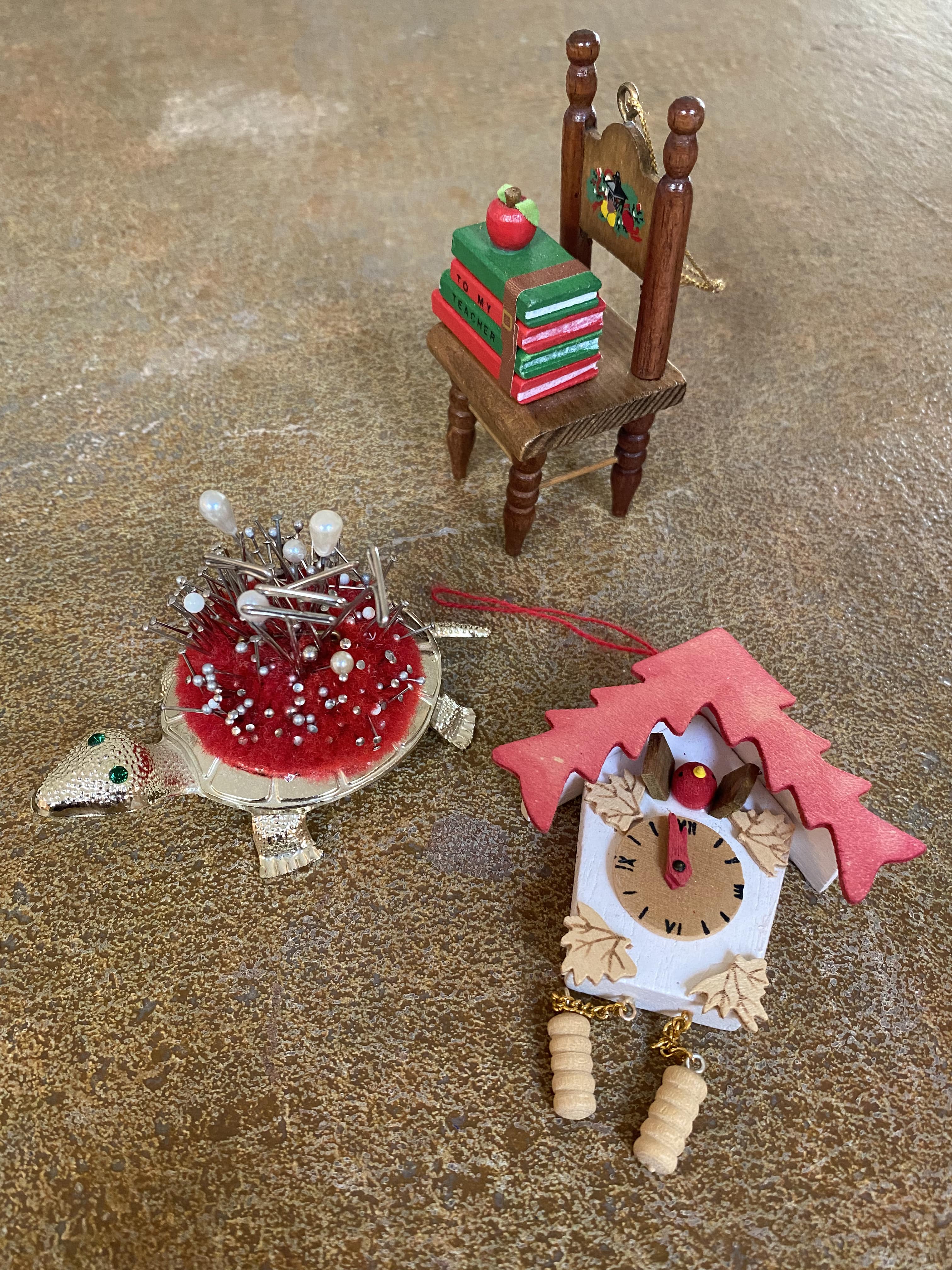 The rose silver plated spoons were $10 each and kinda overpriced…but you know I’m a sucker for these things! I also sometimes leave them with hostesses so I just collect them. The Christmas ornaments were $1 each and though I’m not a teacher I just loved that ornament so why not?! The turtle pin cushion was $2 and he just made me smile and I thought isn’t that what life is about – surrounding ourselves with items and things that bring us a little joy?

Diana Elizabeth is hoping to have the energy and desire to cook at least one new recipe every two weeks to see if anything sticks. Sticks as in, the likelihood and possibility she might cook a little more.

There are no comments on House Projects!.