I thought I’d write a fun lighthearted post about growing up Chinese and how thankful I am my family (not too far generationally) came to the US so I can live here! 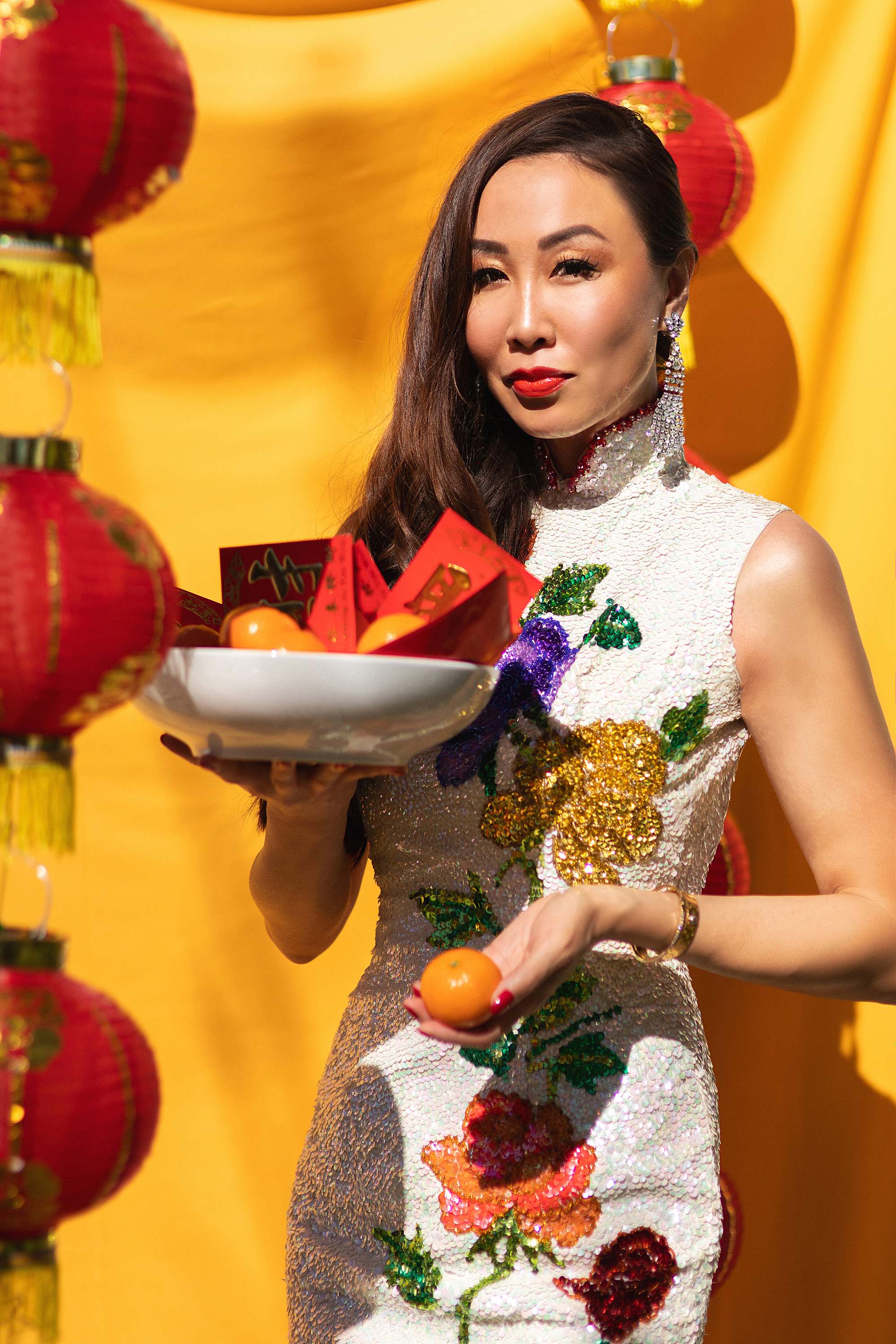 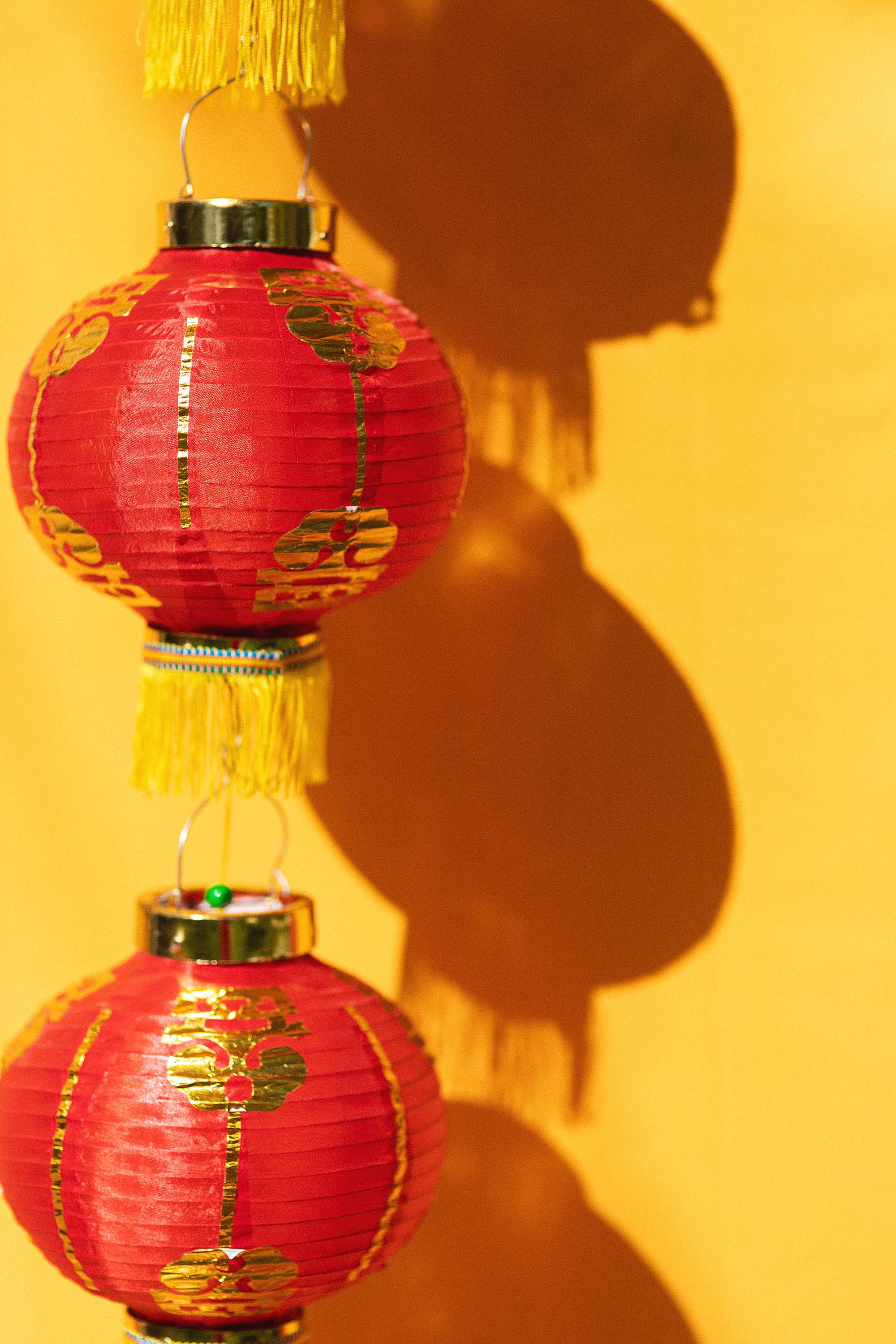 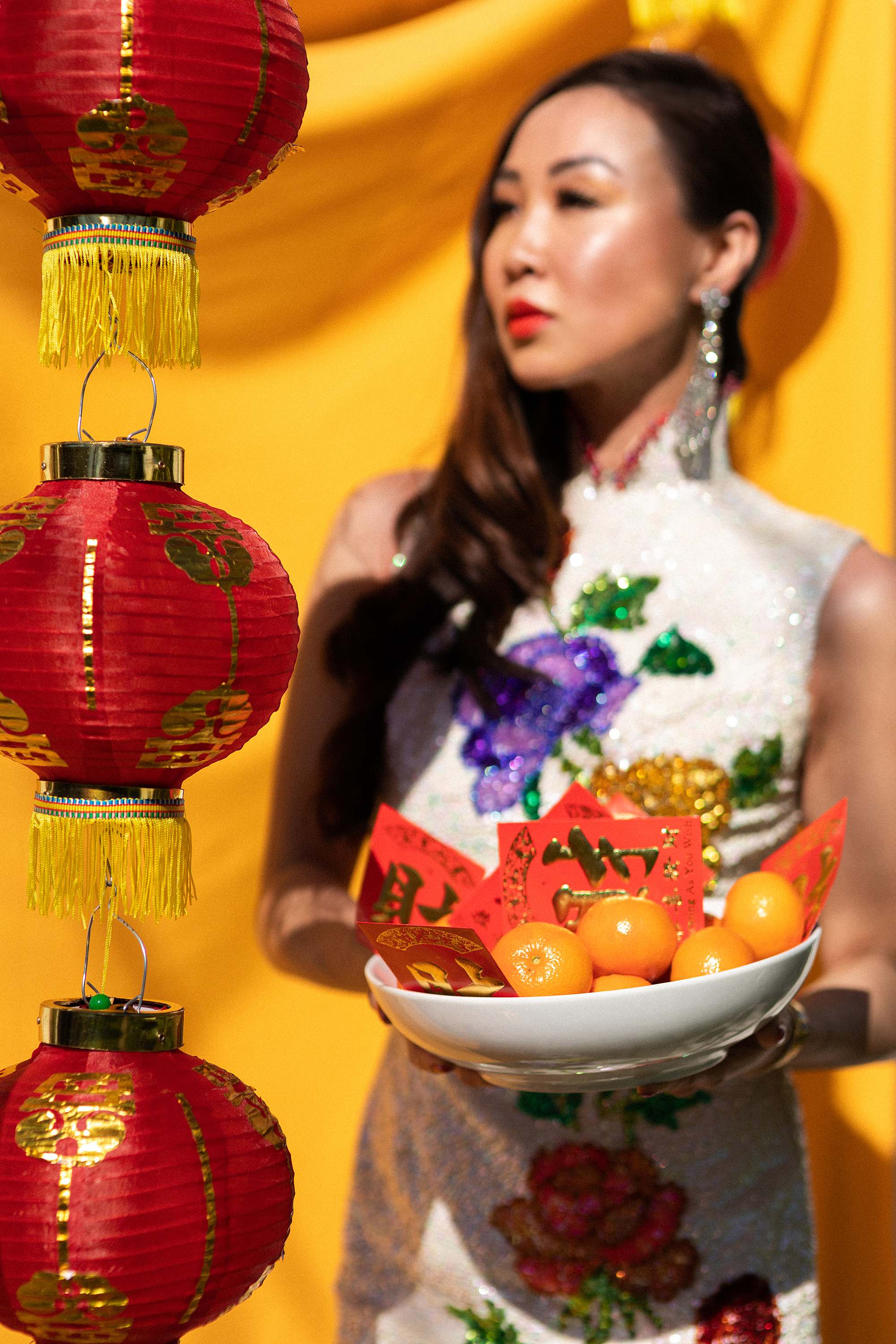 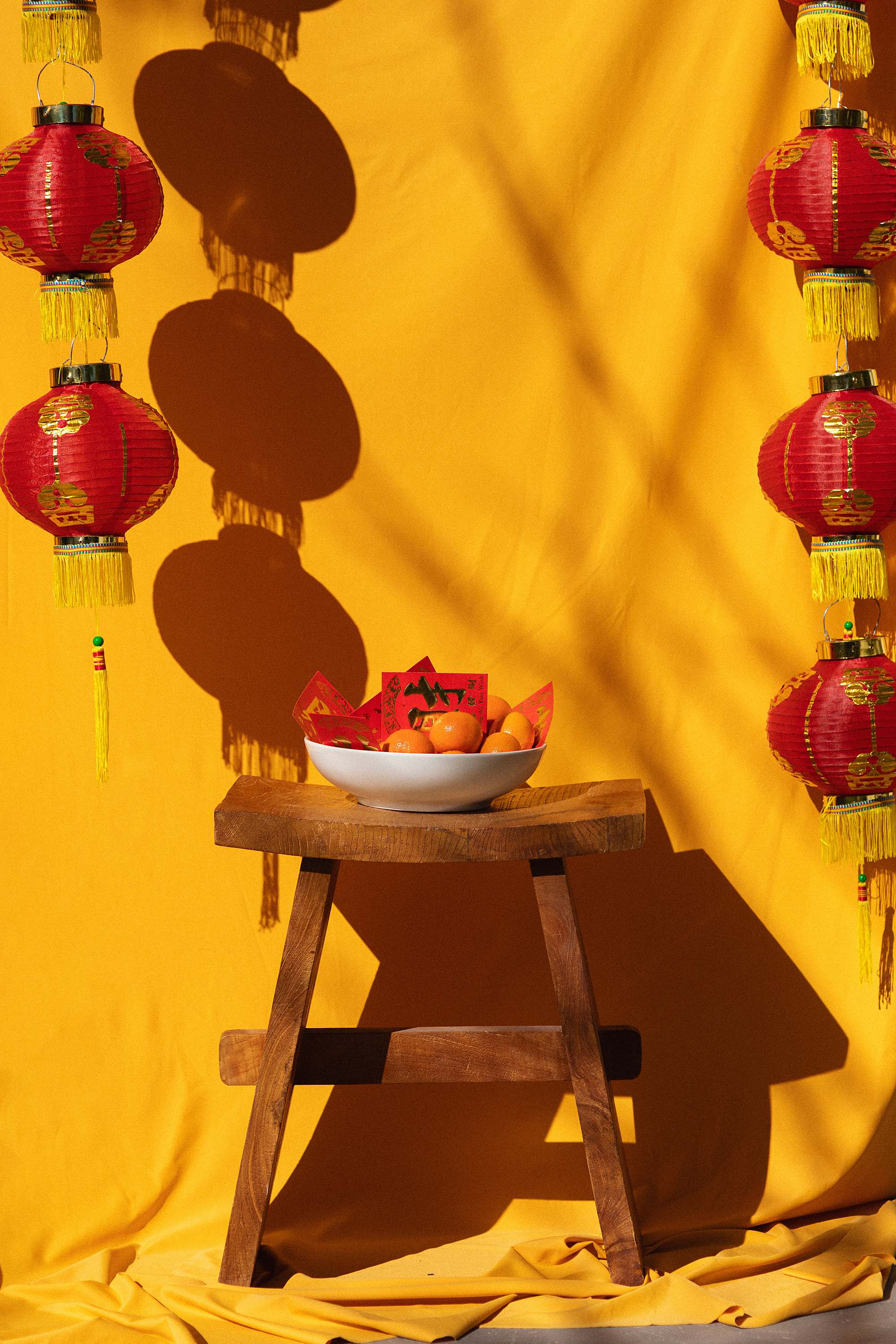 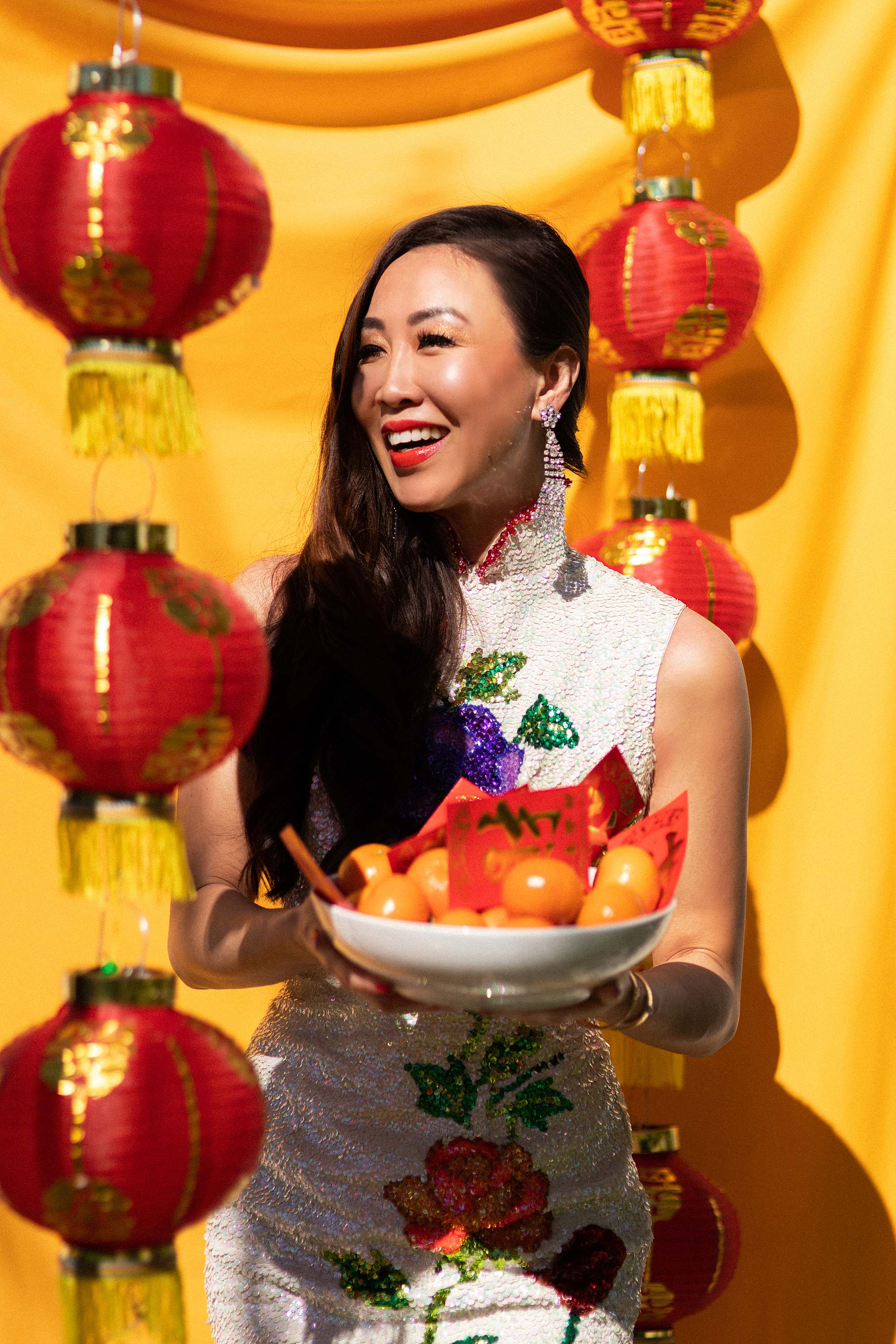 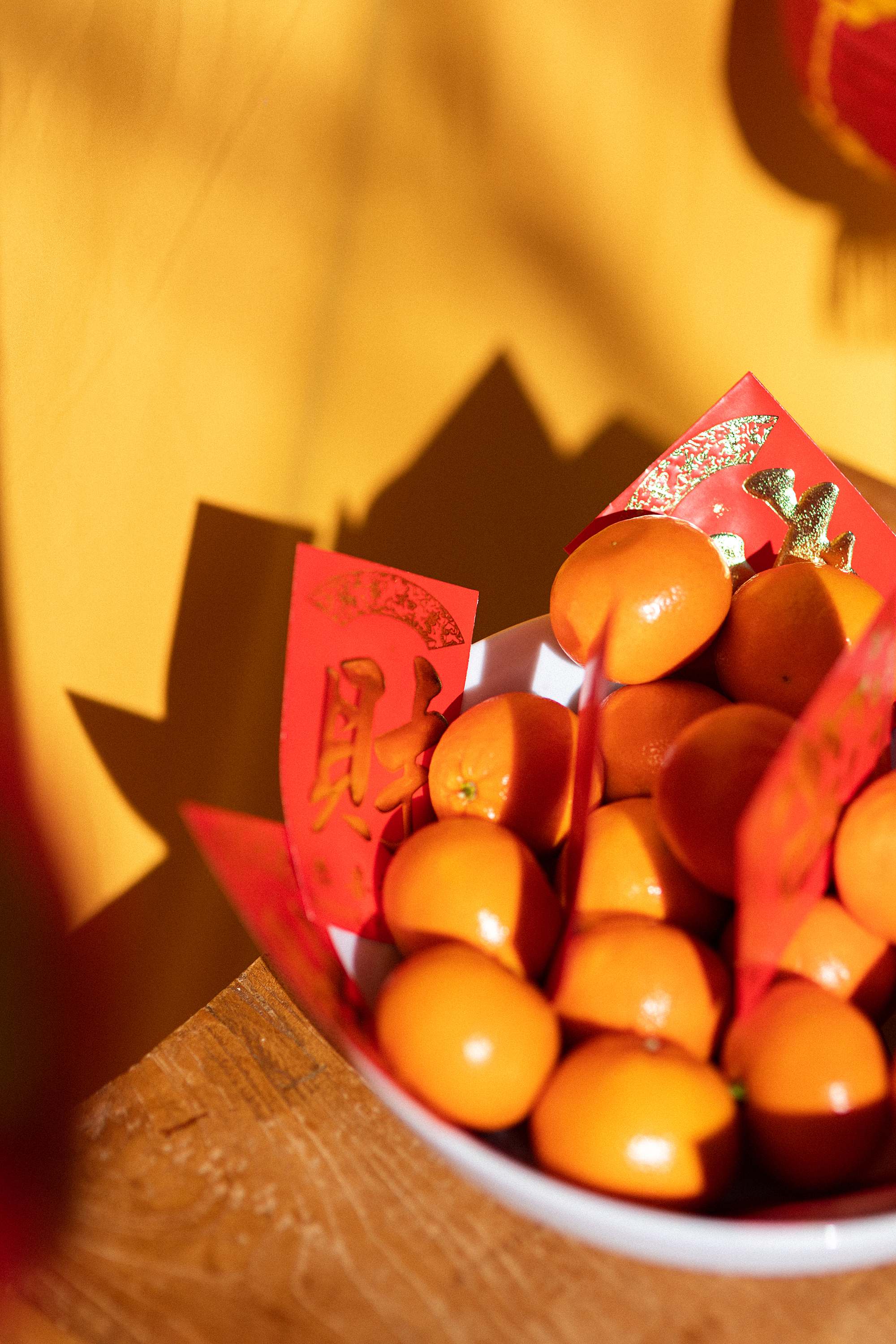 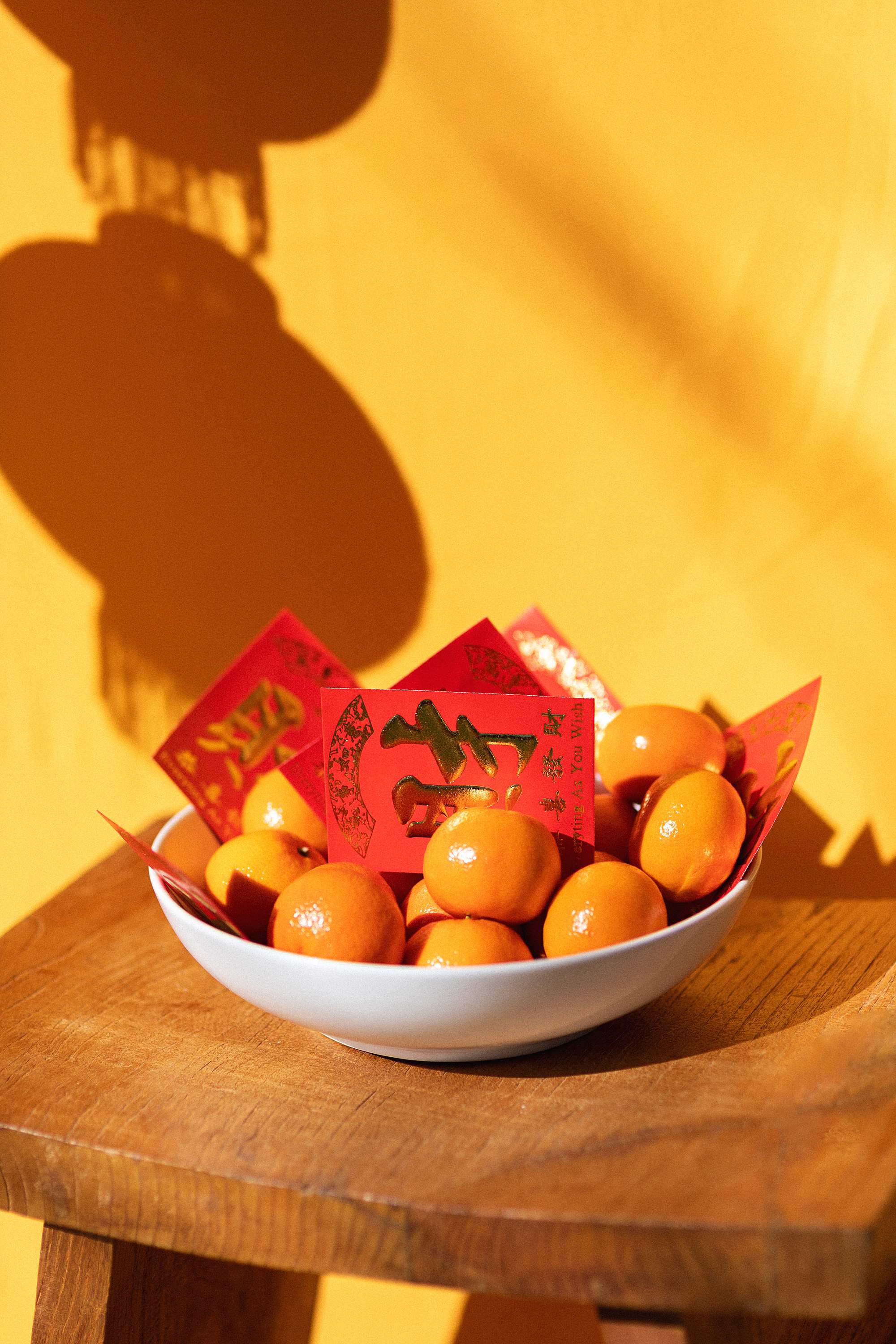 H
appy Lunar New Year! One day I want to throw a Crazy Rich Asians style Lunar New Year party – give me some time to plot and plan. *wink*

I thought instead of just posting a Chinese New Year post, Lunar New Year, or Spring Festival post (pick what ever you would like to call it), I would have some more depth and share some stories about some of my traditions. I am proud and thankful to be American Born Chinese (ABC as we call it in the Chinese community). I thought I’d give you some cliff notes about me, my Chinese traditions, and share some of these stories with you.

🍊 Mandarin oranges are used for decoration and for luck. The orange or golden color resembles gold or money. The words orange and tangerine sound like the words for luck and wealth in Chinese, Chinese love to use wordplay. There are many Chinese dialects so this translation can get a bit complicated.

🏮 Lanterns are hung to keep evil away and pray for blessing, longevity, health, and peace. You might remember seeing many of them in front of temples when I was in Taiwan last year.

🧧 Red Envelopes are called Lucky Money and is given to children – small and usually single adults, from family and close aunties and uncles. The money in red envelopes is believed to bring good luck and red is is a lucky color for most Asian countries.

My paternal grandmother was a baby when they came over about 100 years ago, in the 1920s through San Francisco when many came over to populate and build this country with workers. My mom’s side of the family are Chinese who left the communist Chinese government to Taiwan.

I grew up speaking a mix of Mandarin and Cantonese, my mom said I sang Chinese nursery songs in Mandarin. My mom speaks Mandarin, Cantonese, Japanese and English. She was a famous stage singer when she was in her twenties (which is why I’m wearing her dress and earrings in this photo, she has quite the wardrobe). My dad understands Cantonese but doesn’t speak it regularly. But he’s hilarious when he mumbles a word, because it’s usually something like a kid would say or funny sayings.

Anyway, my mom knew I’d be in America for the rest of my life and God bless her, she took a break from teaching us thinking if she continued to teach my brother and I would have an accent which of course we know now would not be the case but she had no idea. And of course today as our country has changed, I believe we all enjoy accents, I personally I LOVE accents because it means that person has a different first language.

We later went to Sunday Chinese school but it wasn’t easy to learn Chinese by the time I was in high school. So I stayed stuck at toddler level Mandarin if you can call it that. I can understand a bit more than I can speak but given enough time I can say enough to get by and enough to get around in China for the few hours and check out the Forbidden City where my ancestors lived (my great grandfather was a tutor for the Last Emperor) :) After three weeks recently in Taiwan with my parents last year my Mandarin improved.

There are many, traditions, cultures, and personality traits that I love. Money is fluid between family, Asian parents take care of their kids all the time for everything, and Asian adult children do the same like buying their parents a TV, iPads, iPhones, big purchases because first Asian parents won’t spend money on themselves, ever! They would rather give their money to their kids. The American generation children (like myself) want their parents who have sacrificed everything for them and paid for everything, college, credit cards, cars, family vacations, etc., to have the best. You don’t care about who picks up the check because it doesn’t matter, but don’t dare offer to split a check during a family meal! Nothing is split with family, and to this day my parents try to shove money in my pockets before I leave and not tell each other they both did it!

I am proud that Asian children are known to be smart. Although there’s also no way I personally had any interest in becoming a  doctor or lawyer, I’m proud to be an ethnicity that is stereotypically positively known for family life of discipline, valuing hard work, education and high achievement! There’s nothing wrong with that! On a side note, my dad said I should have been a lawyer since I like to argue so much (this was when I was a teenager) LOL.

A funny topic now with my friends my age, I am thankful about for Asian genetics of good skin and not aging (Asian don’t raisin haha!) and thick hair which I also used to be so self conscious about growing up, and used to thin it out at the salon, and here we are wanting hair extensions to make our hair thicker!

Now this is not something I love, but I wanted to mention, Asians are typically stoic. It’s how we are raised, what we learn from our parents, and their parents, it depends on how closely traditional our cultural ties are of course.  I often don’t cry in front of people or doing movies unless I am alone.  I hate it, it’s not that I don’t care, it’s just how I am. I never felt more understood until Benjamin said this word to describe Asian culture when we discussed how some people (those who aren’t close to me) might not understand me. I try to stay as level headed as I can to be strong, which is also a weakness of mine.

Trying to fit in and growing into who I am

Growing up had its struggle. When you’re young, you know how that is, you just want to fit and blend in. Whether it’s your social class, hair color, height, weight, we all have stories of our own struggles. America is made of so many ethnicities. But as a kid I still struggled just wanting to stay under the radar and blend in with the masses. You don’t realize that the older you become the more you want to stand out and not blend in, but it takes maturity, experience and time to realize that.

I went to a wonderful high school in Granite Bay, Northern California with predominantly white students. There were maybe 20 total Asian students in the entire school, in my class maybe 5? Though high school wasn’t my thing, I am thankful for my sweet jr. high and high school peers who were kind! I had more racial issues when I was in elementary school in Sacramento with a melting pot of other races – no joke. I believe it had more to do with social economic class and the children’s family life in that area. I was glad my parents moved us.

College was where I really grew and that’s probably why I think so fondly of my years at The University of Arizona. I was praised for being Asian and even though UofA wasn’t crazy diverse, for some reason it just felt easier to grow into myself! I felt more comfortable with who I was and my friends gave me more confidence. When you go to a large school with 35,000+ students you can find your people to grow with. 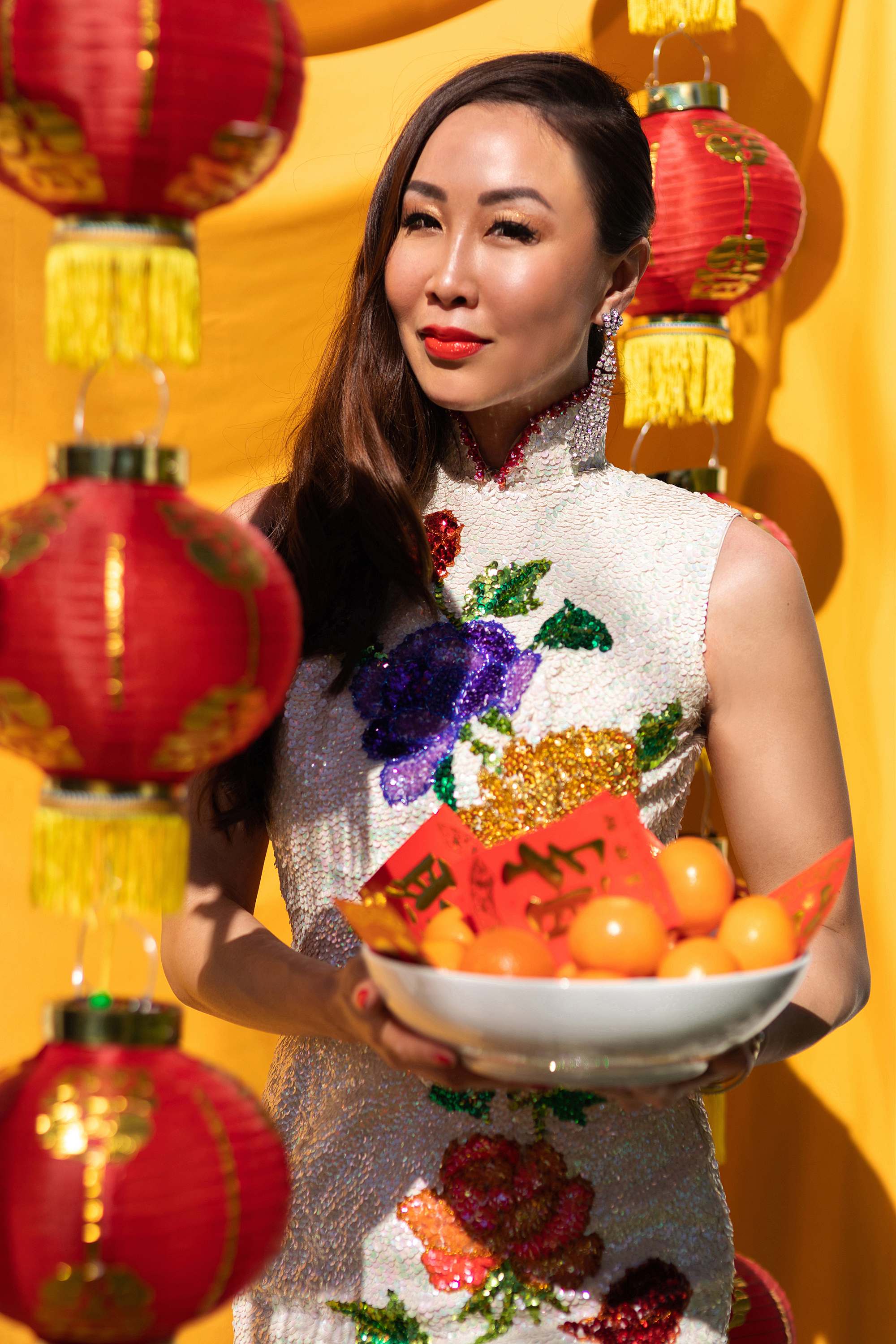 Be proud of who you are and how God made you!
My culture is American with a bit of Chinese traditions and that’s great!

I think sometimes people assume because you are certain ethnicity that you must be soooo cultured the same, like you are Chinese so you must know how to speak it, cook Chinese food, read it, and immerse yourself as though you live in China. But if you live and grow up in America and that’s where you live your life, that’s just not reasonable. Europeans came to the US hundreds of years ago and no one is doing the same things as their French or English ancestors with proper tea time, or speak French or German.

Where we live becomes our culture – but we can have a mixture of both!

While I would LOVE to be fluent in Mandarin and Cantonese and well let’s be honest, French too, it’s not what happens generationally. We can particulate in traditions that are taught to us but it can slip from us as generations go on, it’s just the way it is! But don’t be down about it, you can still learn past cultural traditions whether they are from your ethnicity or not, and embrace them, it doesn’t make you any less how God made you. You were born where you are and when you were, for a reason. And if your ancestors came here in the 1800s (like Benjamin’s side who came for religious freedom), how amazing is that?!

During the short time I was in China, and the several times I’ve spent time in Taiwan, it was great to be there and feel a connection and wonder to my ancestors, but I missed the comforts of home, my dad too. My parents eat Chinese food all the time, like at least a few times a week and I eat it maybe one a month from my favorite Chinese restaurant around the corner. I like eating every type of food under the sun and I get bored, so I just eat everything, in fact, tapas is probably ideal or buffet style anything because I will eat a bite of something and want to try something else next! But apparently I am a picky eater I was told when I was in Taiwan because I didn’t want to eat much of anything. I think I did just fine! I survived three weeks LOL.

Well, that’s my short life story about being a proud Asian American.

My relatives came to the US for the America opportunity and freedoms and I don’t take those things for granted. I know my relatives before me would be so happy to see where I am today and because of their choices, I don’t ever take for granted the life I have here. There are many cultural traditions I grew up with and that has been so nice as well.

Wishing you a happy Lunar New Year, and maybe head to your nearest Asian restaurant and order some food! They will be so happy to see you – you could order Thai food tonight, Chinese tomorrow, Korean BBQ for lunch, Japanese for dinner, and so on… ;)

As we greet each other during New Year (it’s not “Happy New Year” that we say) but instead it is translated to, “I hope you get rich!” Haha!

There are 3 comments on Growing up Asian American! ♥.