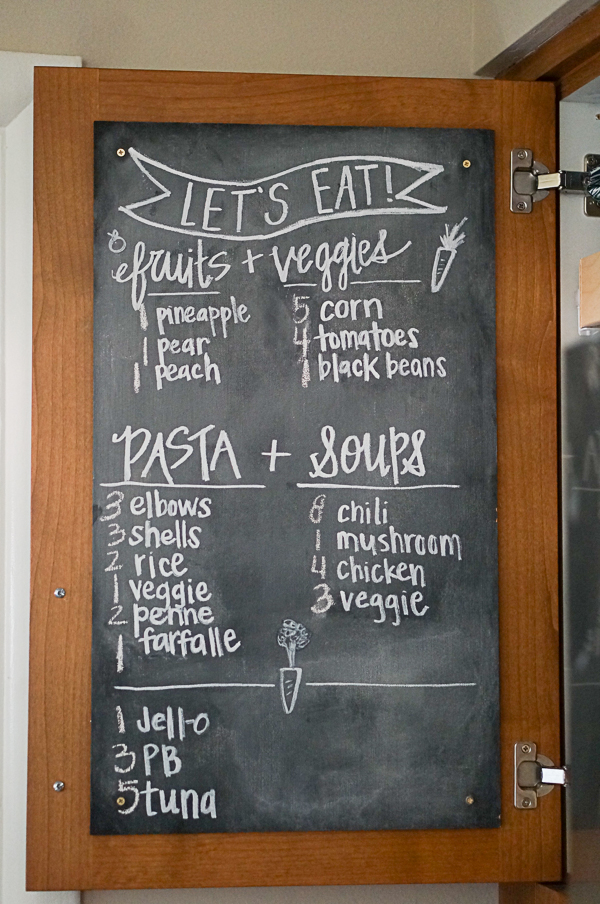 I’m so glad we invested in the Shelves that Slide, adding to the functionality of our kitchen cupboards.  The company is local in Phoenix and they are amazing!  I was tired of not knowing when we’d run out of something so I thought a little painted chalkboard screwed behind the door would be nice to keep things a bit more organized.

I didn’t list everything in there such as condiments but just what we’d like to have on hand all the time. Don’t judge, I like Jell-o. 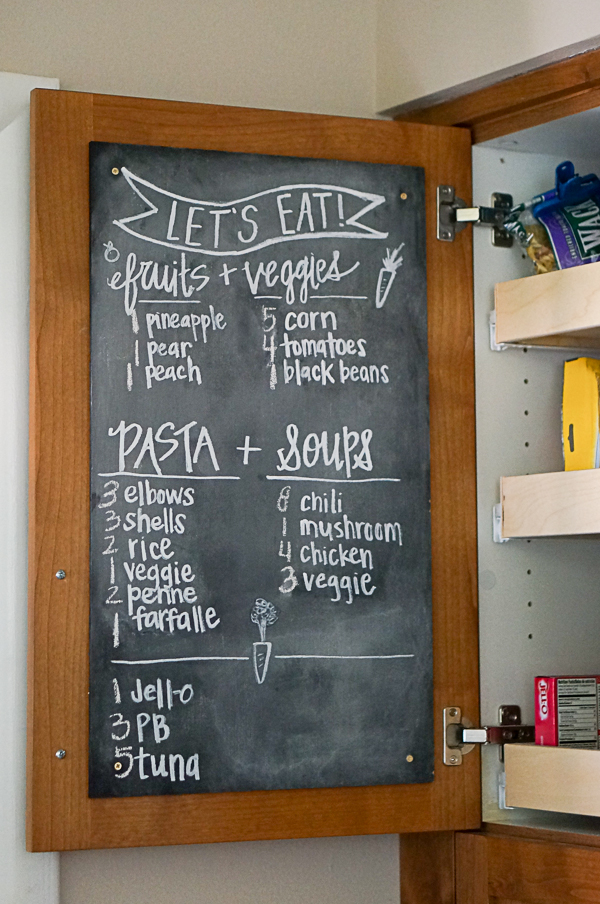 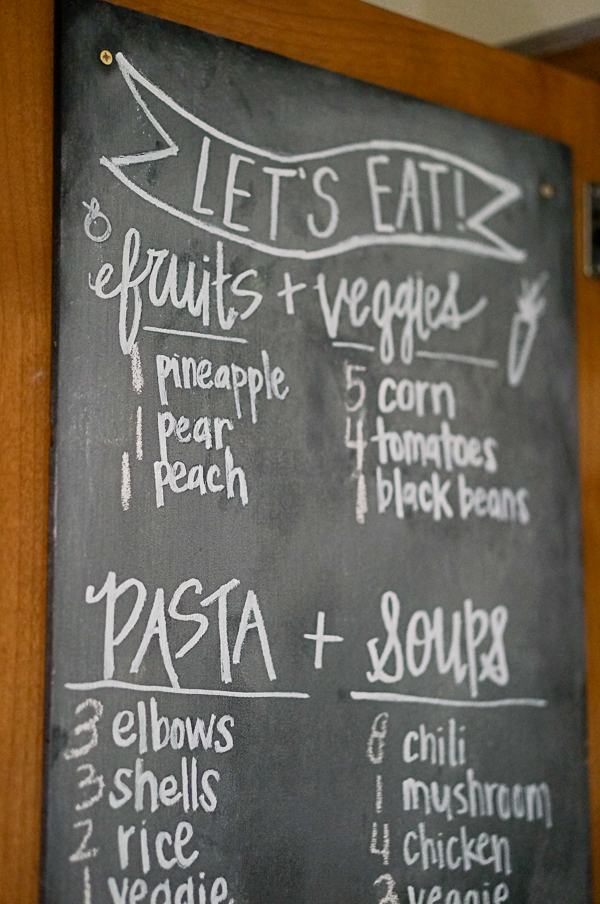 I used a chalkboard marker for the more permanent things, hence the nice handwriting.  It’s harder to rub off.  We use old fashioned chalk for changing the numbers.

Yes I did that all freehand, in high school when I was on the dance team we used to make signs and posters for the football and basketball games.  For some reason all the dance and cheer girls had similar handwriting. You just train yourself how to write.  Every year before the school year started I would study a handwriting or font and mimic it, deciding that school year, THAT was to be my handwriting.  Strange I know.  And you wonder why I became a graphic designer and I am picky about fonts. 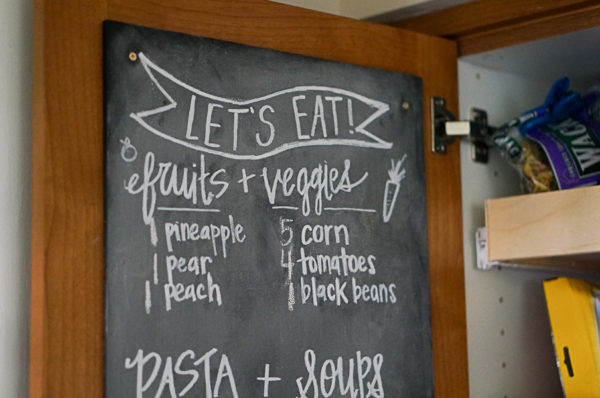 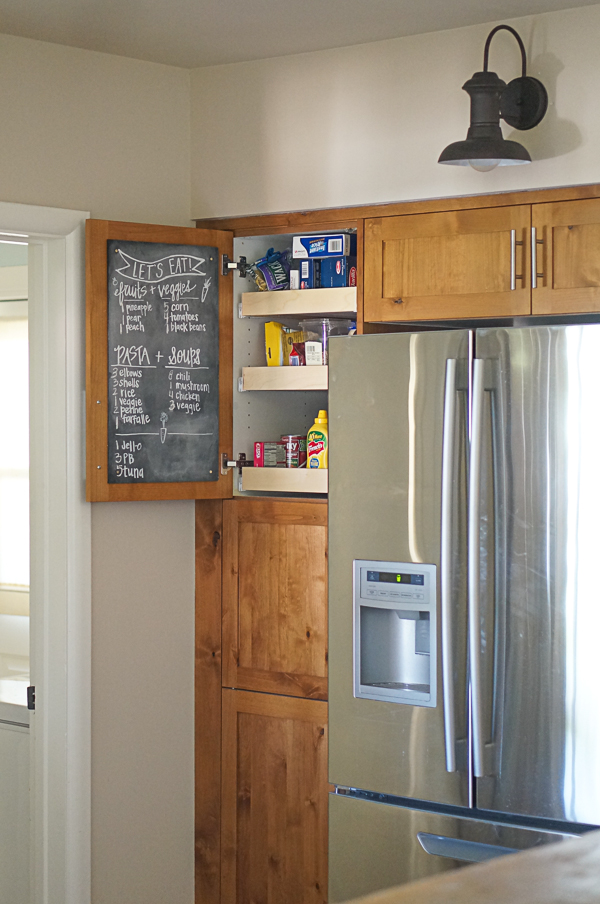 Don’t forget to cure your chalkboard – as in rub chalk all over it and use an eraser.  That way whatever you write the first time doesn’t leave a residue.  Similar to that on my fridge, oh, gotta love stainless steel.  Sorry folks, I’m not one to accurately stage things, just keeping it real.

Diana Elizabeth tried to photoshop the prints on the fridge away and that looked horrible.  Worse than it looks now?  Yes.  She can photoshop faces, not fridges, friends.

There are 6 comments on Pantry Chalkboard Organization.