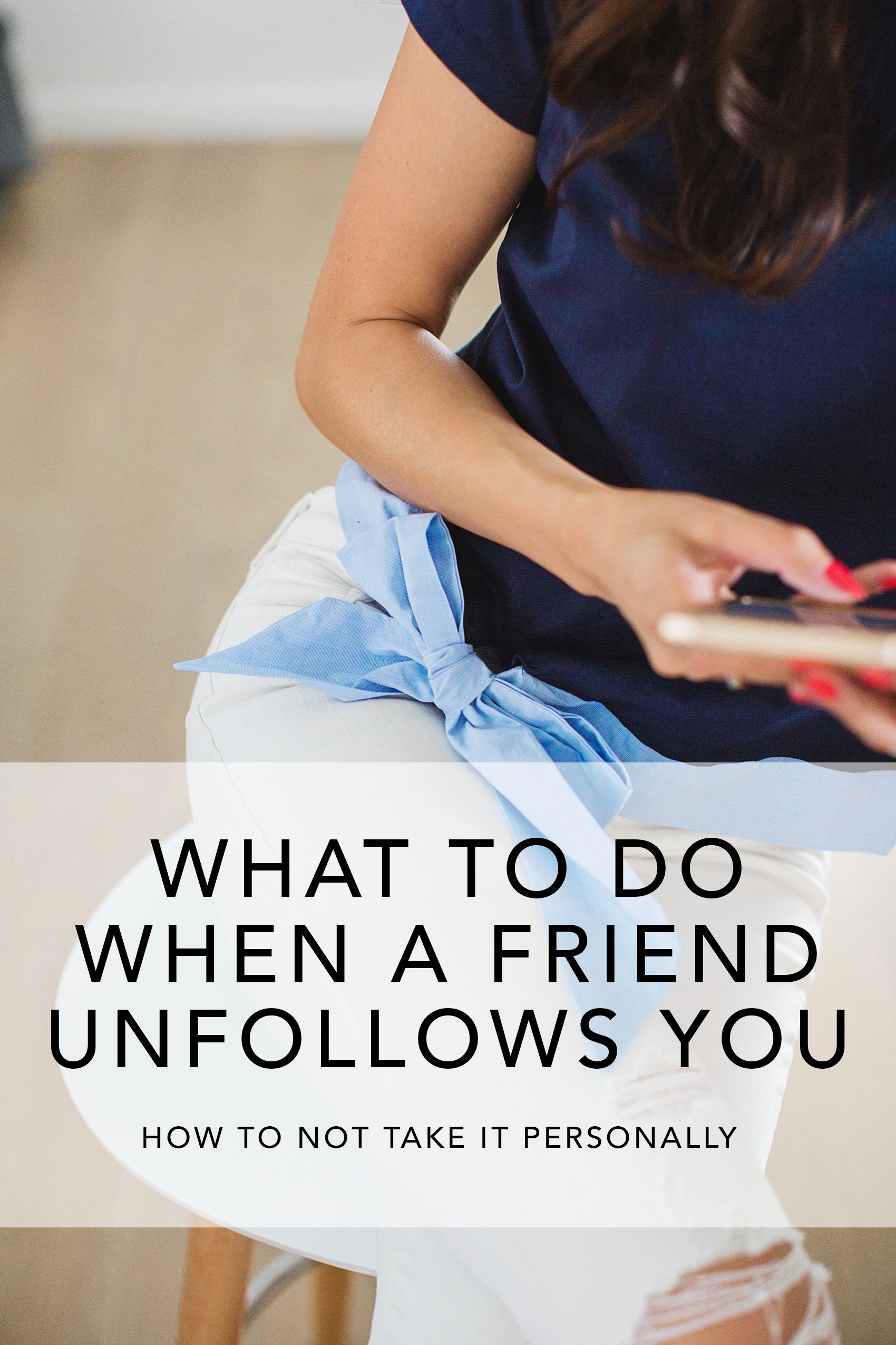 I
‘ve decided to make this as light hearted as possible because there may be some of you who are shaking out of furry, or your heart may be tender because you just found out someone unfollowed you. But not just anyone unfollowed you – maybe it was someone you know, kind of know, or your best friend’s mom. I’ve been unfollowed by friends moms, grandma’s, sisters, my own wedding photographer, friendors, and talented folks that suddenly felt like I was crouching in on their career space – a mix of old and long time friends.

I’m here to tell you that you can move past the emotions you may be feeling now.

There are a topics I want to go over to break this down so you don’t fall into self pity, become self-doubtful, and you can say hi when you run into those who unfollowed you, because it’s totally fine!

First, let me say that many years ago I once cleared out my feed (unfollowed some people) when Instagram was fairly new – there was no algorithm or ability to hide peoples feeds. Today I would never ever, intentionally unfollow someone I know personally – and we are both following each other even if it’s all babies, even if they’re _______. It doesn’t take much effort to scroll past their photo on a feed and avoid hurting a friend’s feelings – someone you personally KNOW. But, let’s remember not everyone feels this way. 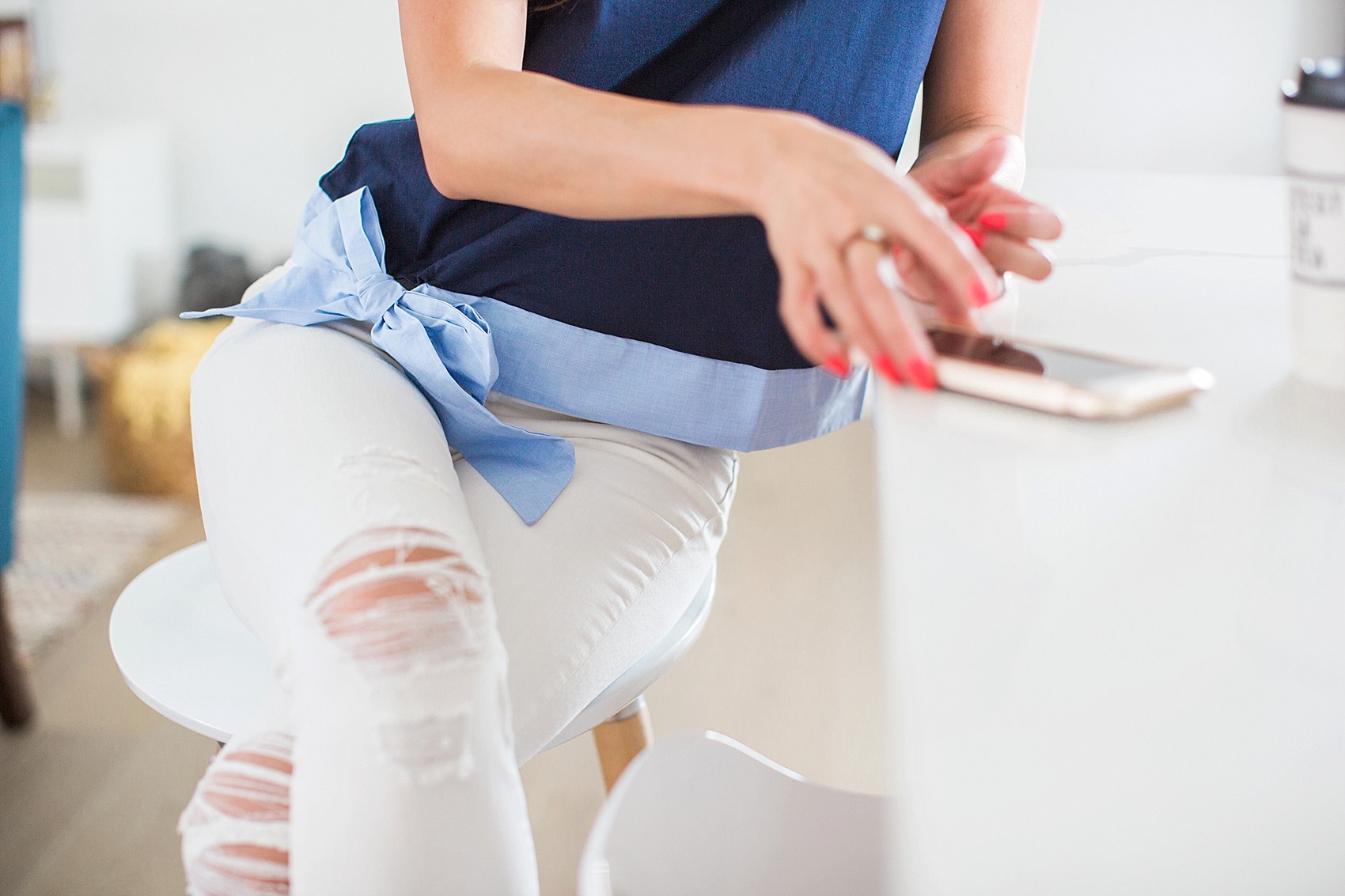 The first time I realized a friend unfollowed me

My mouth dropped as I thought – Are you serious?  You follow 800 people, including Justin Timberlake but girl you just unfollowed ME?! I took you to a party as my date and we’ve gone to lunches!

That would be my first initial angry thoughts from my first unfollow rejection. Since, I’ve learned how to handle an unfollow by a friend because hey it’s life, and unfortunately, it didn’t stop there and it won’t

The more we understand how to react (or not) the better we will be mentally and also the most IMPORTANT thing is for us to have a clear mind, heart because it doesn’t matter who follows or unfollows or comes in and our of our lives, it’s about our head space, heart, and how we live and feel every day. So let’s navigate through these feelings together.

What to do when your friend unfollows you

I once had an instance where a good, longtime girlfriend unfollowed me, and I considered her a forever friend so it really caught me off guard. When I noticed I had been unfollowed, I immediately picked up the phone and called her. We’re talking within a minute. I left a voice message –

“Hey (name), I noticed an unfollow, and I couldn’t help but want to just call and talk because I’m concerned I did something that may have hurt your feelings or offended you which was not my intention. You’ve been such a good friend in the past and I want to make sure we can continue our friendship into the future because you’re really important to me. So I’d love to talk, I’m not upset but I have a feeling you are, so please call or text me, whatever you feel most comfortable doing.”

I delivered the longer message a soft voice, because I was SO sad that I not only seemed to hurt a friend’s feelings unintentionally, but that I might be losing a friend. I elaborated over what I last posted which was strictly a business post, not to be taken as competition or disrespectful, though I was sorry if it was taken that way.

I received a text back a few days later, and her response didn’t leave me reassured we’d talk again in the future. I even asked friends, “Do I unfollow her back?” and every single one said, “No, because your heart isn’t in the right place and you would only be doing it to get back at her.” Thank God for good friends with wonderful hearts!

That was quite a few years ago, I’m sad to say that I used to know her. I continued to follow her for over a year – but I did get a little sad because I didn’t know her anymore and eventually unfollowed just because time and distance made me realize I was looking at a stranger’s feed. I continually wish her well and I know my heart is in the right place. Who is to say that one day life sorts itself out? I have had many friends come back into my life unexpectedly.

You may not get a response or one that makes sense, but you reach out because your heart is concerned about the relationship, not the follow.

If a good friend unfollows you – pick up the phone, immediately. Or text, if that’s your kind of relationship with that person. But don’t get in contact for an answer, reach out because you genuinely care about your friend and you want to make sure s/he is OK. You are more than likely not going to get a response if any, that makes sense. But reach out because your heart is concerned about the relationship, not the follow. If you see them in person, don’t let it be awkward – you didn’t do anything. If anything, you were the bigger person and reached out so you have a good conscience.

Remember that person who unfollowed might not really be your friend

So let’s talk a little about the people who you sorta did know and maybe called a friend.

My dad had to remind me that many people are acquaintances – including your best friend’s sister or mom – or former clients. I know we look at the people in our lives and their lives as extensions and we carry love onto them too, but we don’t have to keep in touch with everyone or follow, or like everyone’s stuff.

Is everyone your friend? I mean you just gotta really look at it for what it is, maybe they aren’t, or if they were, that’s kinda crappy right? But if you don’t feel close or strongly enough to ask them if it was by accident, or if you may have done something wrong then forget about it. It’s OK, maybe you’re still connected on Facebook or Twitter, or maybe you can just, let it go.

Remember we are human, we are strong and weak in certain areas

I had a friend ask me, “Haven’t you unfollowed someone because you saw their life and it made you jealous or sad?” I looked at her like she was crazy and said, “NOT PEOPLE I KNOW PERSONALLY!”

She agreed, and then pointed out we each struggle with something. Some people struggle with envy. Some are depressed. Some are having a hard time with life in general. Some are in a weak moment and can’t celebrate you, while others are able to. Just understand this and allow this to be a possible answer. And then read this article on how to not take it personally, even if they mean it personally.

I often lose followers when I’m traveling somewhere internationally. People get really weird about it, and I did lose followers who were acquaintances and a mutual follow. I think maybe they got sad seeing me happy, oh well. It also gave me permission to unfollow them back because honestly if we’re being sooooo real and honest right now, I didn’t really know them and cared to see their feed either so it gave me permission to unfollow them back. I felt relieved almost but I still wish them well!

Choose to celebrate others, it will keep your mind healthy.

If you use it for your business, it’s going to appeal to some people, but not all, including friends – they may want to be in touch to see your personal life but not every post of self-promotion is intriguing to them.

I have to say even with my real friends, I don’t want to see some of the things they post regularly with their business. It’s not my jam, but, maybe what I do isn’t always either so I get it. It doesn’t pain me to still cheer them on. Your real friends will stick around, your finicky followers will not, and that’s OK too. You need to know some will dig it, others won’t. There are people out there who do not like pizza, I mean, really. So you can’t please them all!

A girlfriend’s sister unfollowed me on Instagram, twice! The first time she had just had a big life event when she had unfollowed so who knows what was going on in her life. Months later I saw her at a party and happily caught up with her. I’m not the one who made the move, so why should I avoid or be weird about it? Don’t. Be kind, say hello, it’s JUST social media.

The second time she followed me and I was thinking, oh she’s definitely going to unfollow me again I know I’m going to annoy her. And sure enough, a month or so later she did. No hard feelings, whatever! Again, I will say hi to her when I see her again she just views social media differently! And, we’re still connected on Facebook so she might find more peace on there.

Remember to allow the possibility of finding out that you may in fact, need to apologize

Please be open to hearing if you have hurt a friend’s feelings or done something you are unaware of. Enter the conversation humbly, be compassionate, but most of all know that a relationship is far more important than a follow and that’s why you are reaching out. And even if the unfollow doesn’t make sense, listen and accept it while still being able to love that person, off social media in whatever form that looks like.

Why I have/had an unfollow app (I no longer do)

I don’t want to leave out the fact that I do have an app that tells me who unfollows me, but I actually just check to see if anyone I personally follow have unfollowed me. While I don’t suggest you have this unless you have it for business purposes, I am going to explain WHY I do use it to this day.

I hope this post helped a bit, there will be people you don’t know unfollowing you, that doesn’t matter. There are acquaintances who will unfollow, you decide if you let that actually hurt your feelings or if they were really friends anyway (you can unfollow them back!), but if a true real friend has unfollowed you just pick up the phone and ask if you’re cool! You might find it was accidental, or they explain how they are feeling or if you offended them and you an apologize. The best remedy for real friendships is communication. If you do your part, then you can move forward, and anyone who takes what you post on social media personally and can’t cheer for you, well that’s not a friend you want in your life anyway. xx

Have a story to share? What are your thoughts? How have you handled when a friend unfollows?

There are 35 comments on What to do when a friend unfollows you.