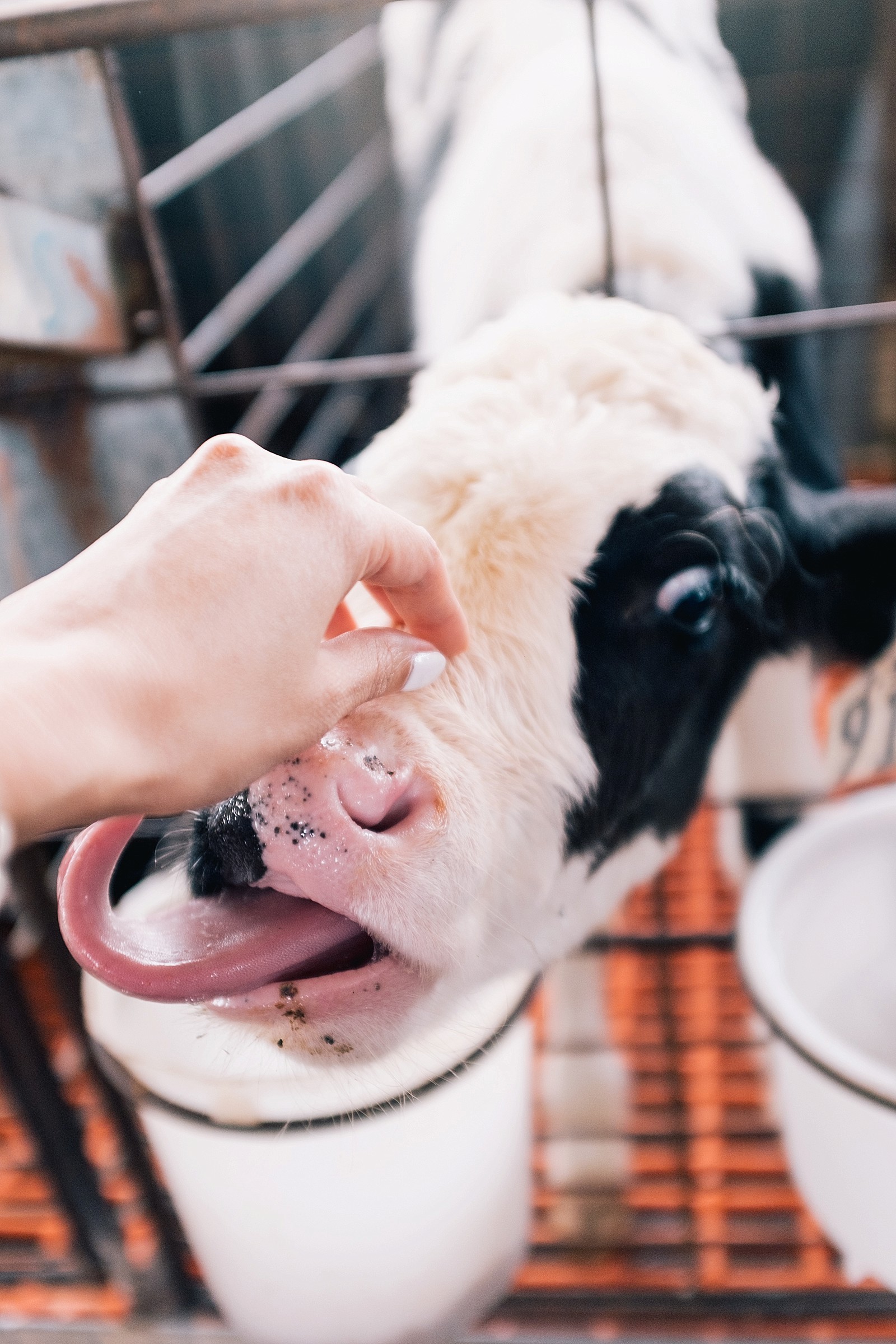 Arizona is known for 5 C’s I recall learning about this while attending college at U of A – from pageant trivia learning about the new state I would eventually plant my roots (sometimes it’s still strange for me to say I’m now from Arizona!). Copper, cotton, cattle, climate and citrus. Of those 3 C’s, they belong to agriculture! Arizona agriculture contributes $17 billion a year for the state, and a top producer of winter lettuce (since we have the best winters). There are 26 million acres in Arizona for farming.

So here’s my farm ties – My bestie kindred spirit Meagan‘s family owns a dairy farm in Buckeye and so I’ve had a lot of farm visits and she was my first true introduction to real farming. Benjamin’s family comes from a farming background in Illinois and he lived on a farm. My father-in-law used to farm corn and beans when Benjamin and his brothers were growing up and now the farm land is rented to other farmers – called tenant farming.

The Arizona Farm Bureau invited a few bloggers to a farm tour, a few stops in Buckeye and coincidentally, Meagan’s family’s farm was on the list and when I told Meagan she said she’d come with me. 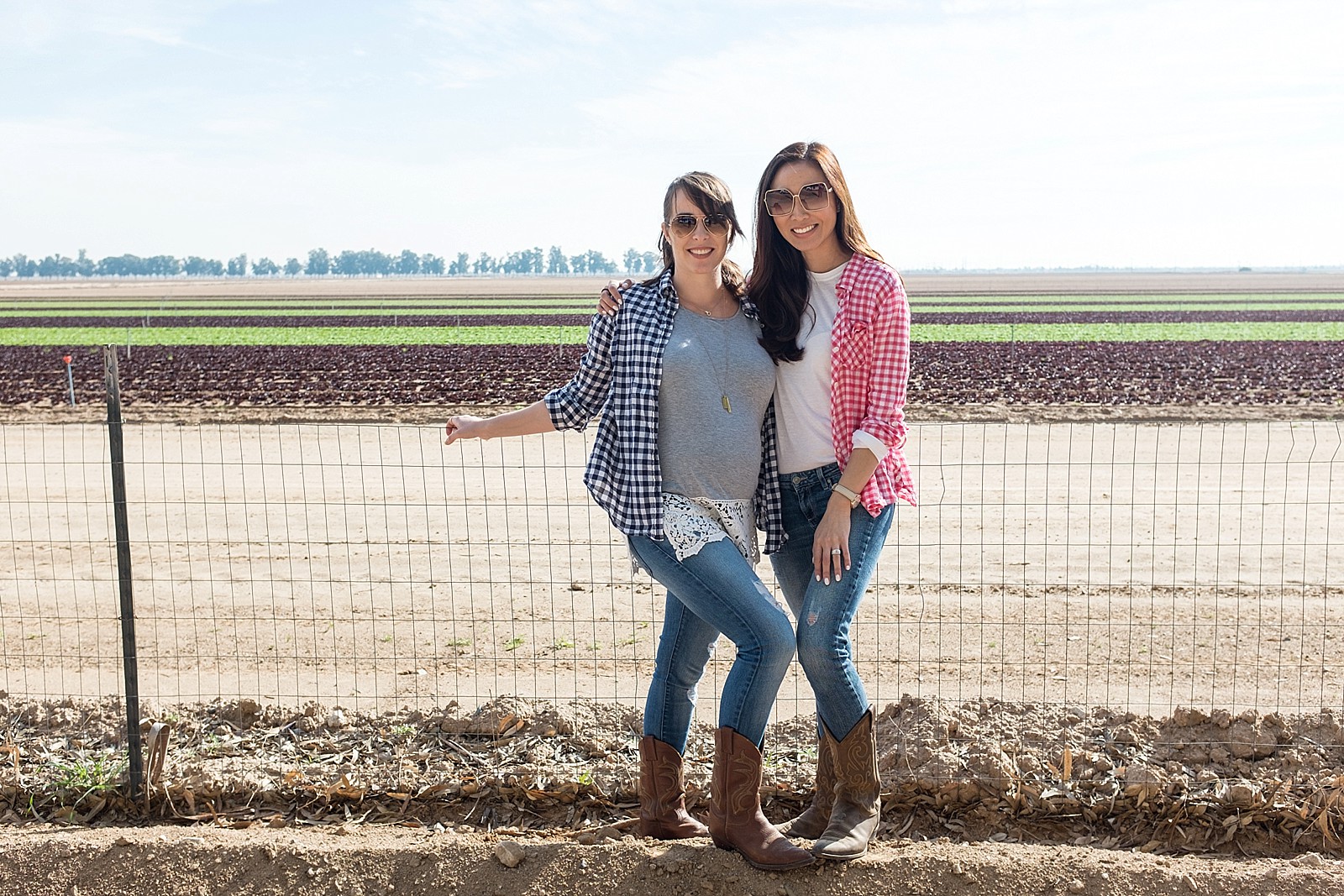 ^^ We planned the cowboy boots, but not the gingham tops, so funny! We did the same thing on our trip to New York last summer!

The first stop was Duncan Family Farms as seen above and they are the only farm in Arizona growing strawberries and they sent us home with some, yum! They grow a lot of lettuce. Some farms have private labels and other times when you buy store brand, like Kroger, you’re supporting local farmers.

Our next stop was Kerr Dairy Farm which is my bestie’s family’s farm. I’ve been a few times and even had photo sessions on their nearby fields.

They have around 1,000 cows they milk and farm 600-acres of alfalfa, sorghum and oats. Meagan’s older brother Wes is now working with her parents on the dairy farm. I loved hearing the stories of how they started with 10 cows and how it’s continued a family business. 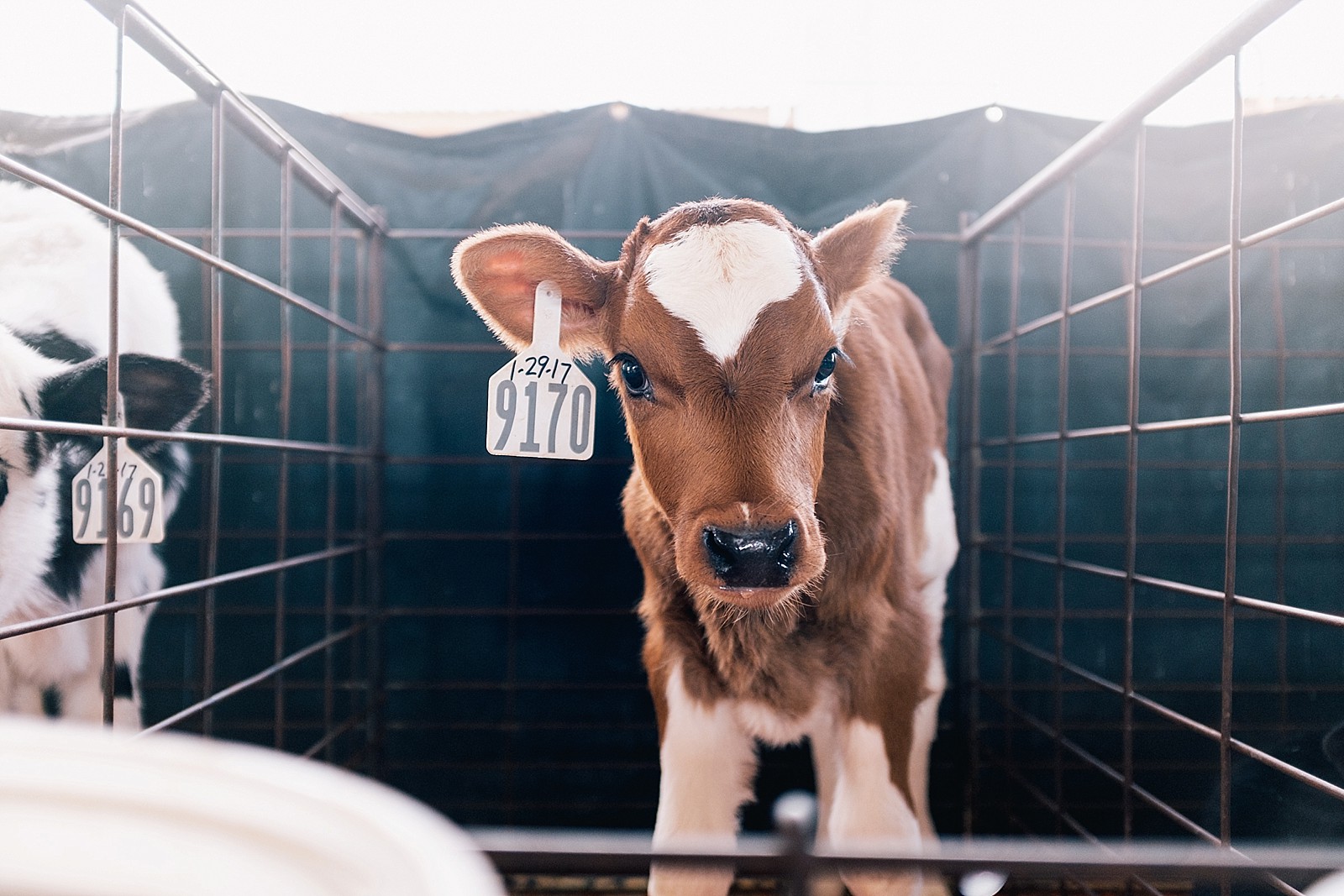 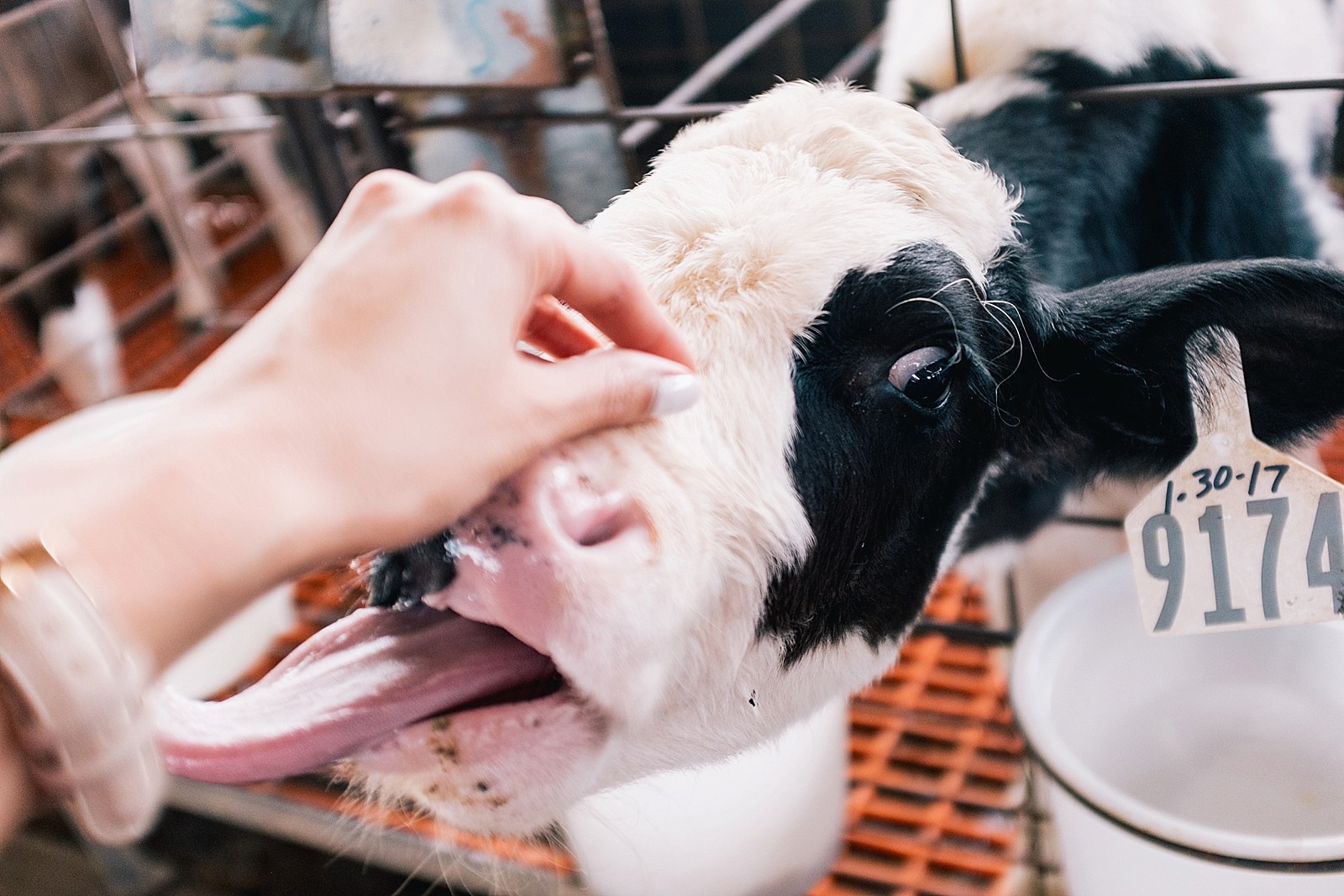 ^^ Of course my favorite part was seeing the calf barn. They are pretty curious but shy – as soon as you walk up to them they hide. But this one was quite friendly and liked to lick me! By having them in this set up they can monitor their eating to make sure they all get the proper nutrients – or else some might eat more than others so it’s for their benefit.

There are areas for the pregnant cows, and the average lifespan of a cow before they turn to steak (yum) is 7 years. By 2 years old cows are having their first babies – they carry for 9 months. 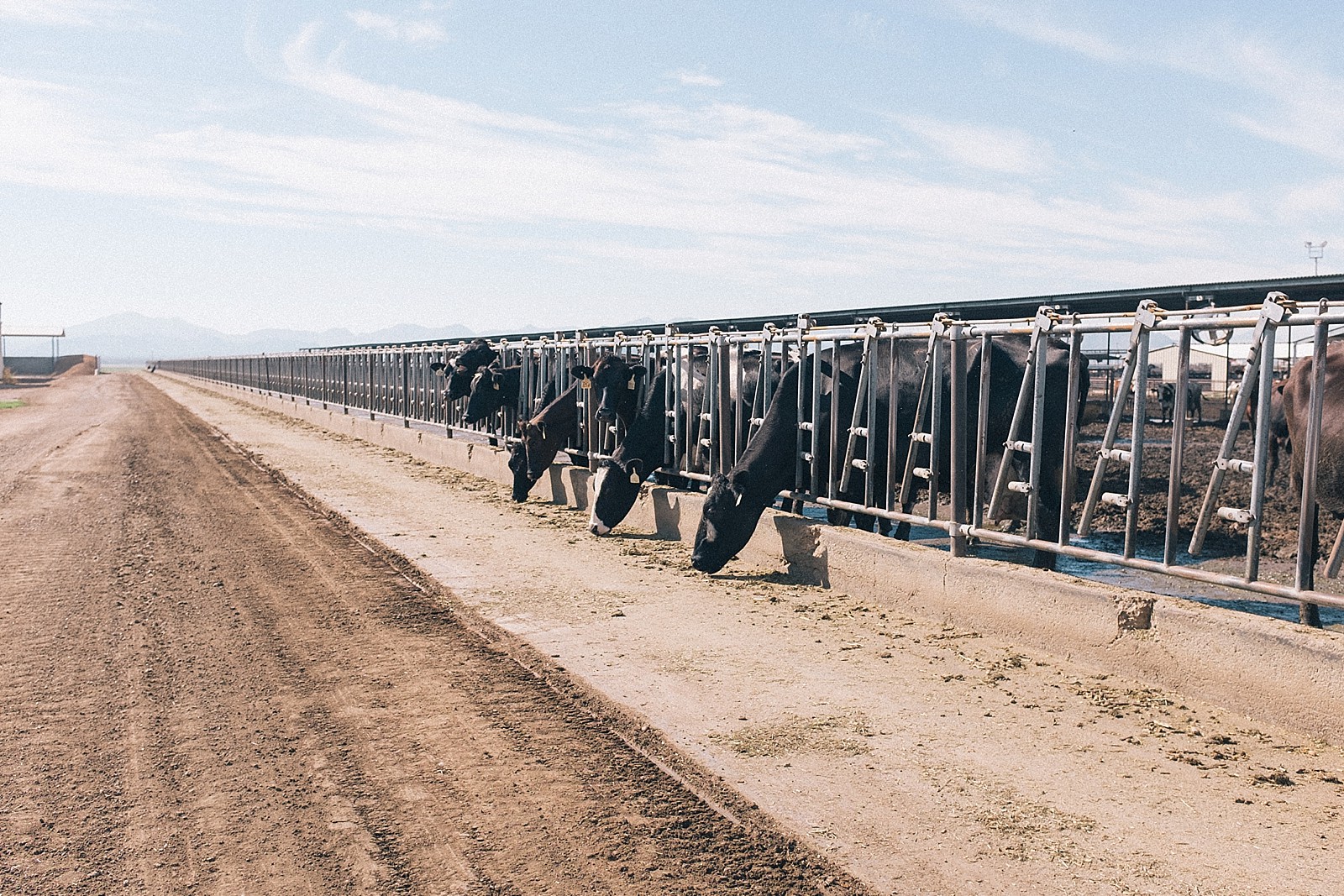 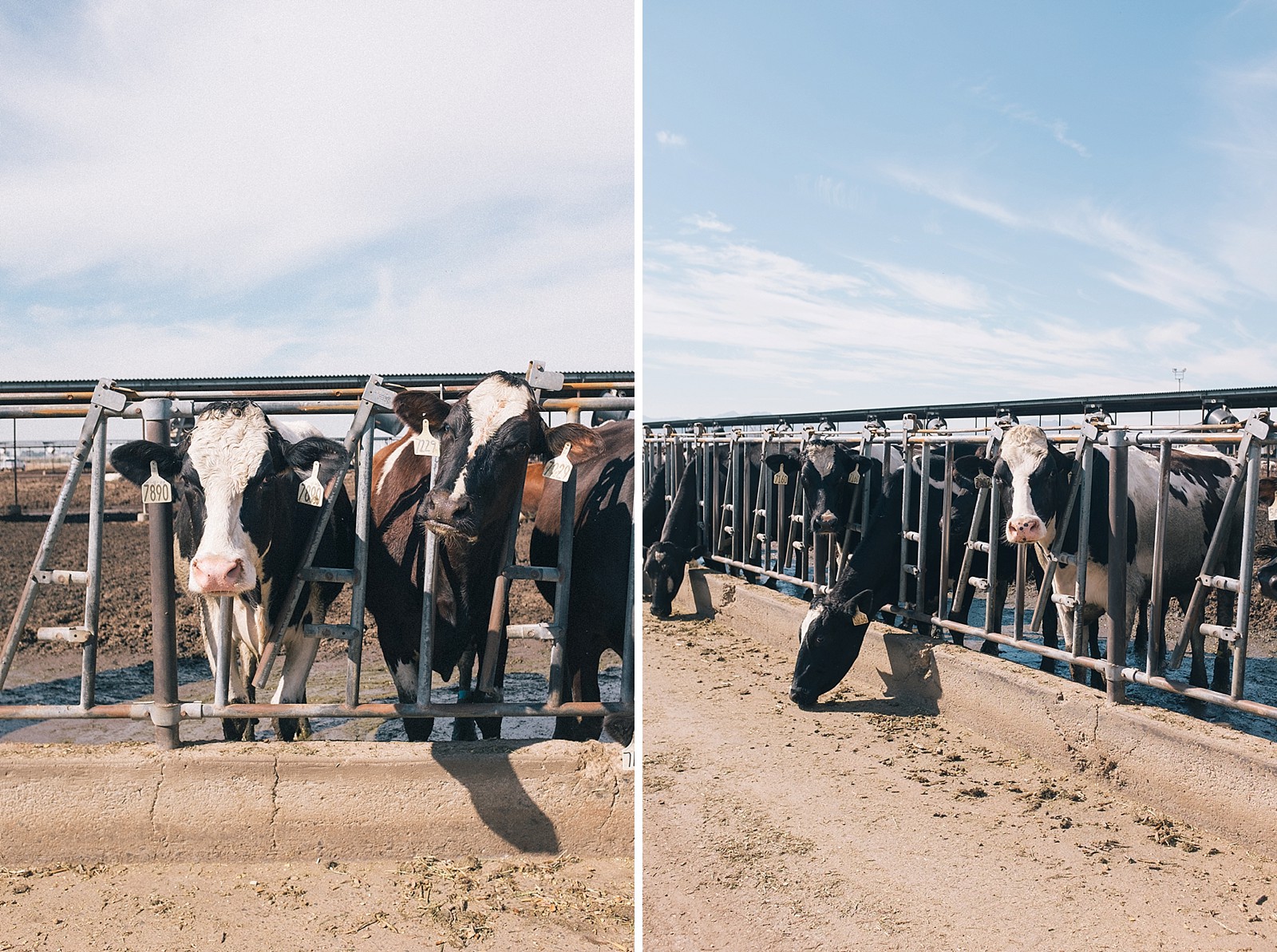 There was also a very friendly farm dog greeting us all. 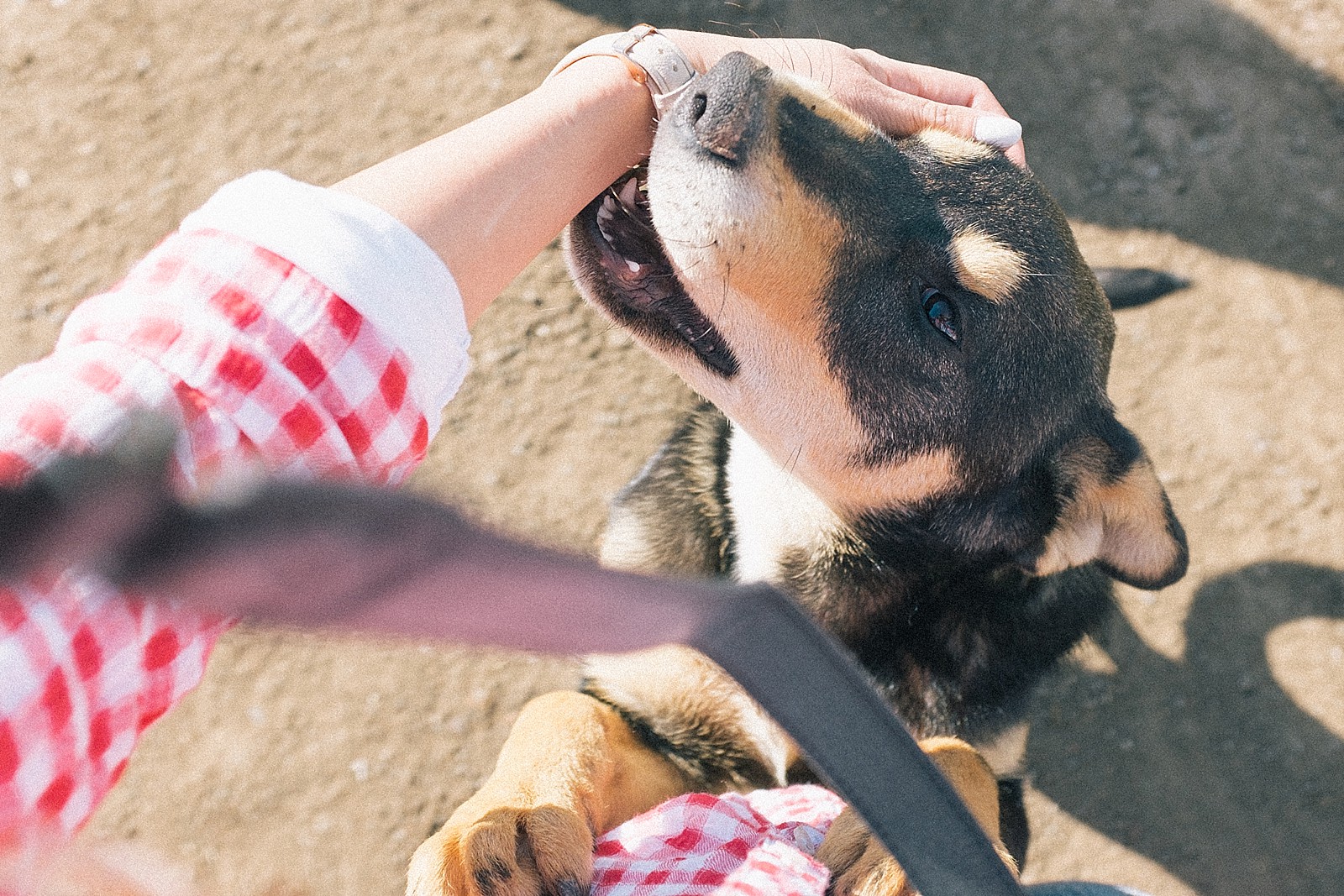 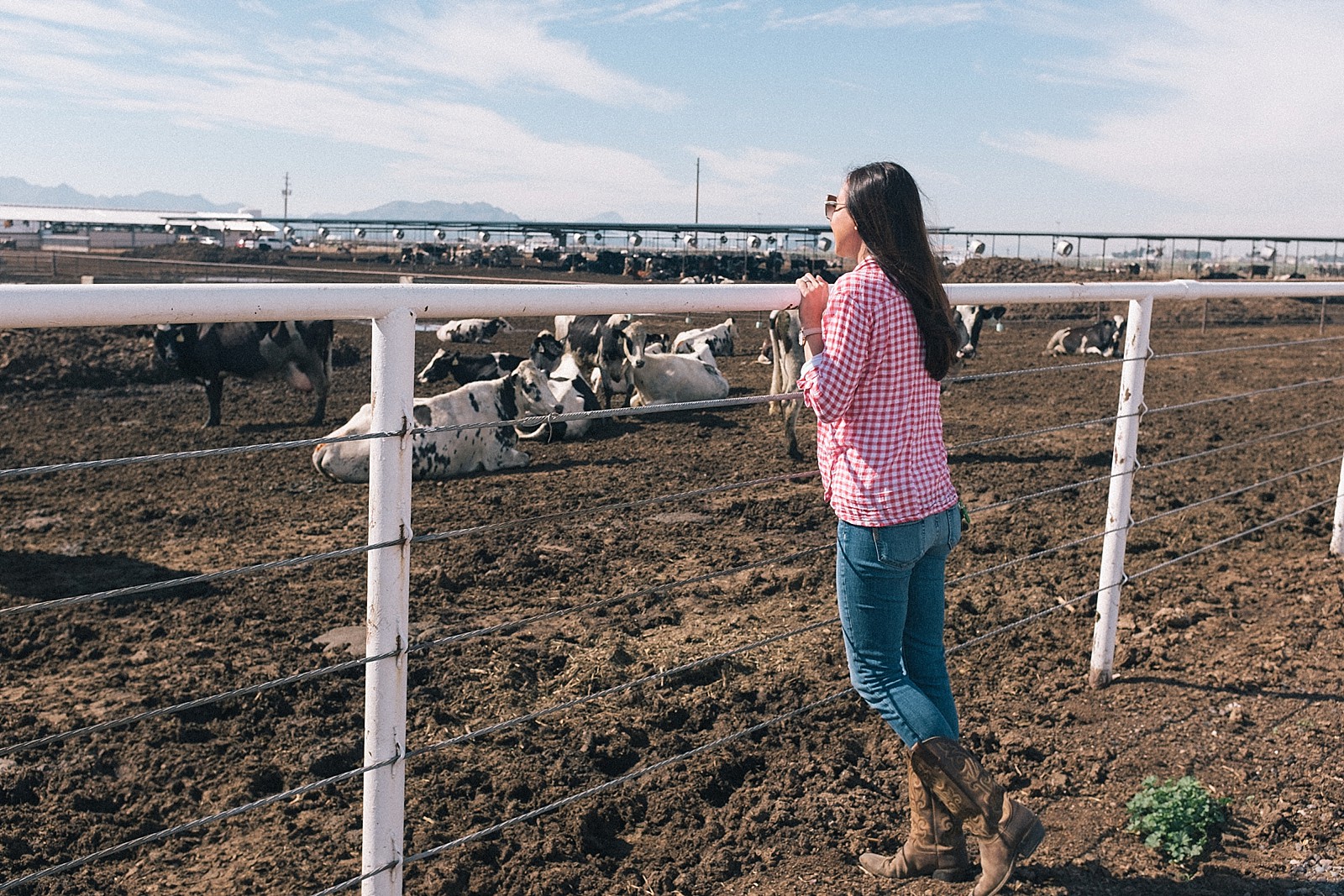 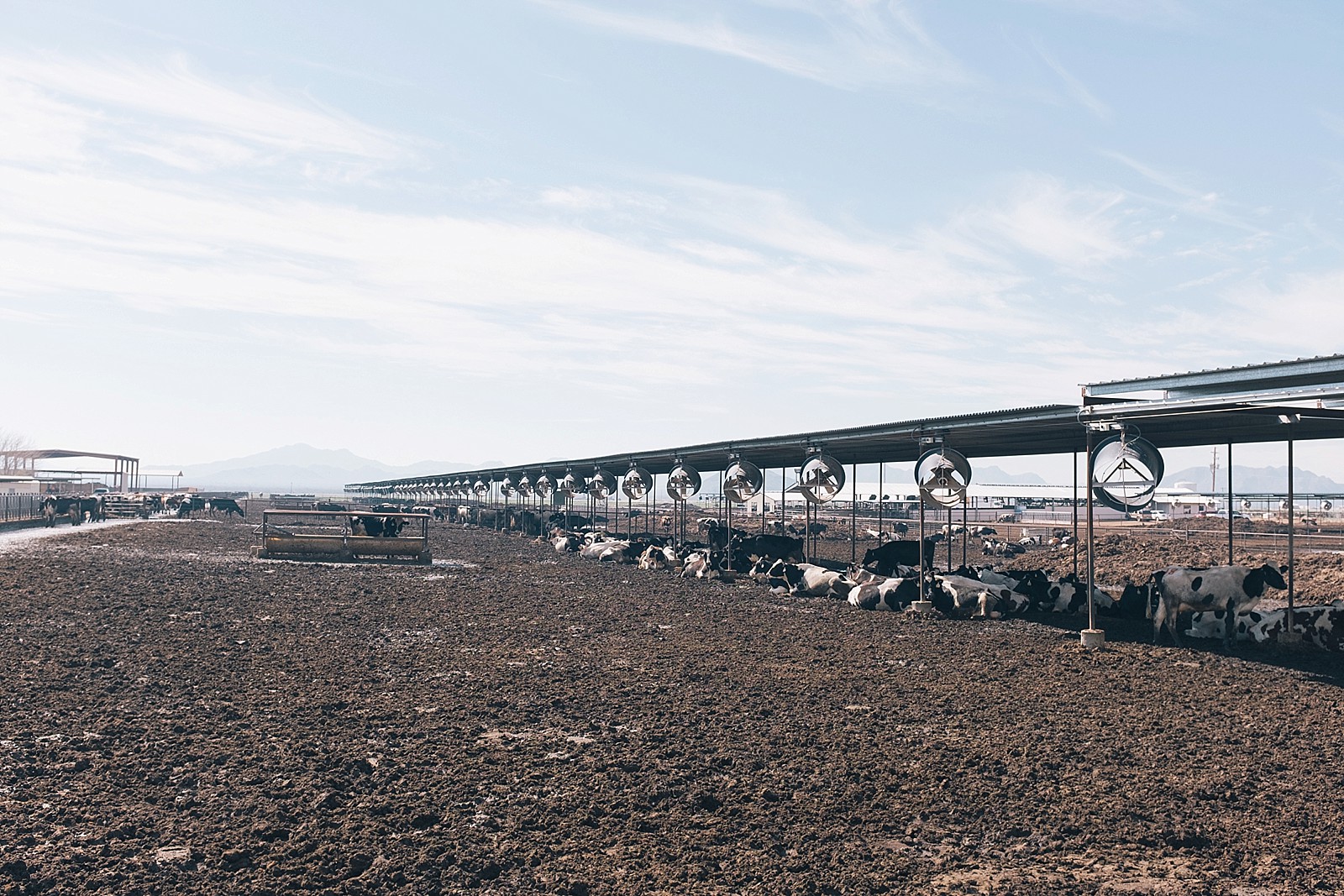 We were able to watch cows get milked and my jaw dropped. It was the coolest thing, as soon as they walked in, they lined up and knew their position like it was their job (which I suppose it is), and when they were done after 8 minutes, the suctions drop and the gate will lift and they all step out. I was pretty amazed at how smart they are. 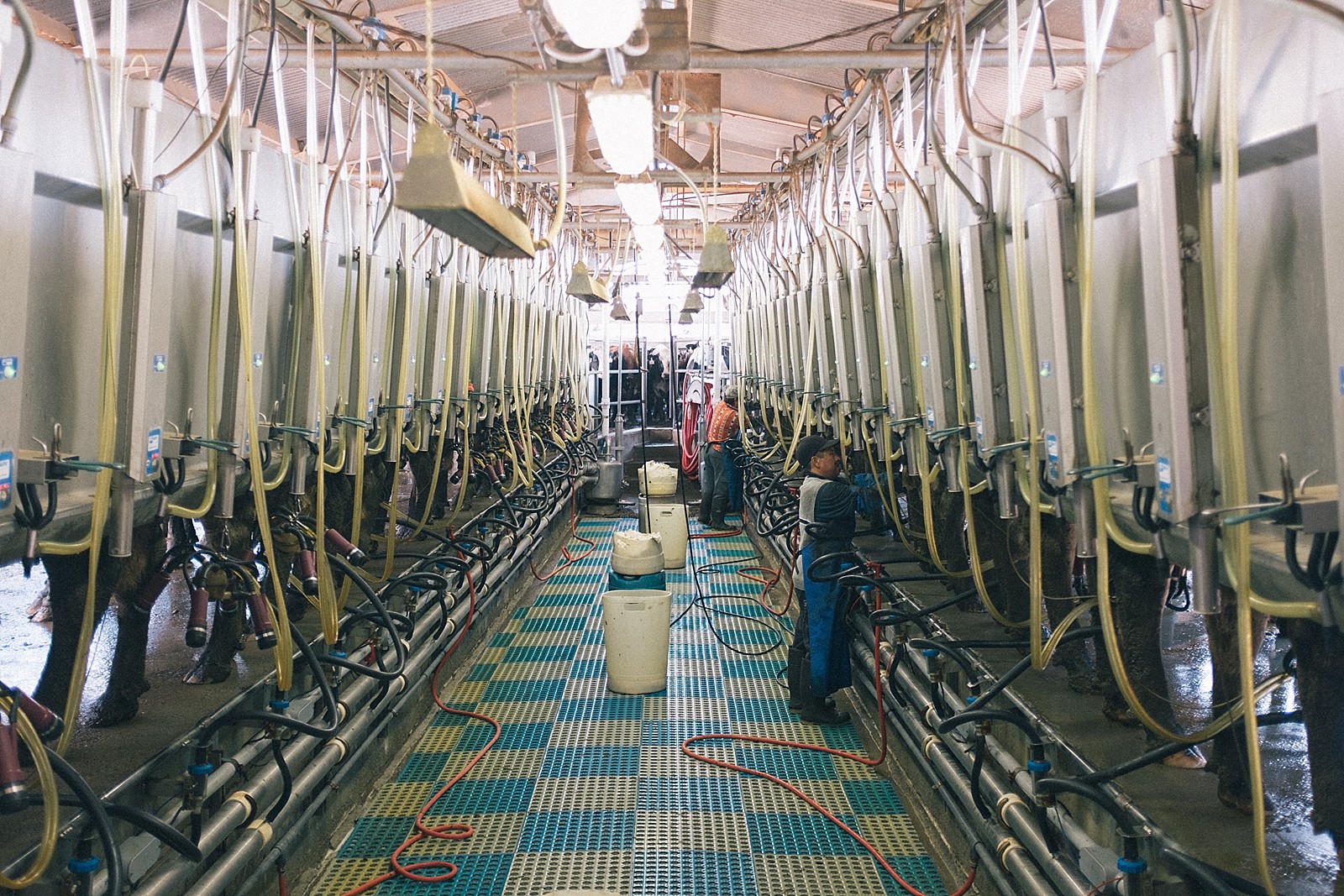 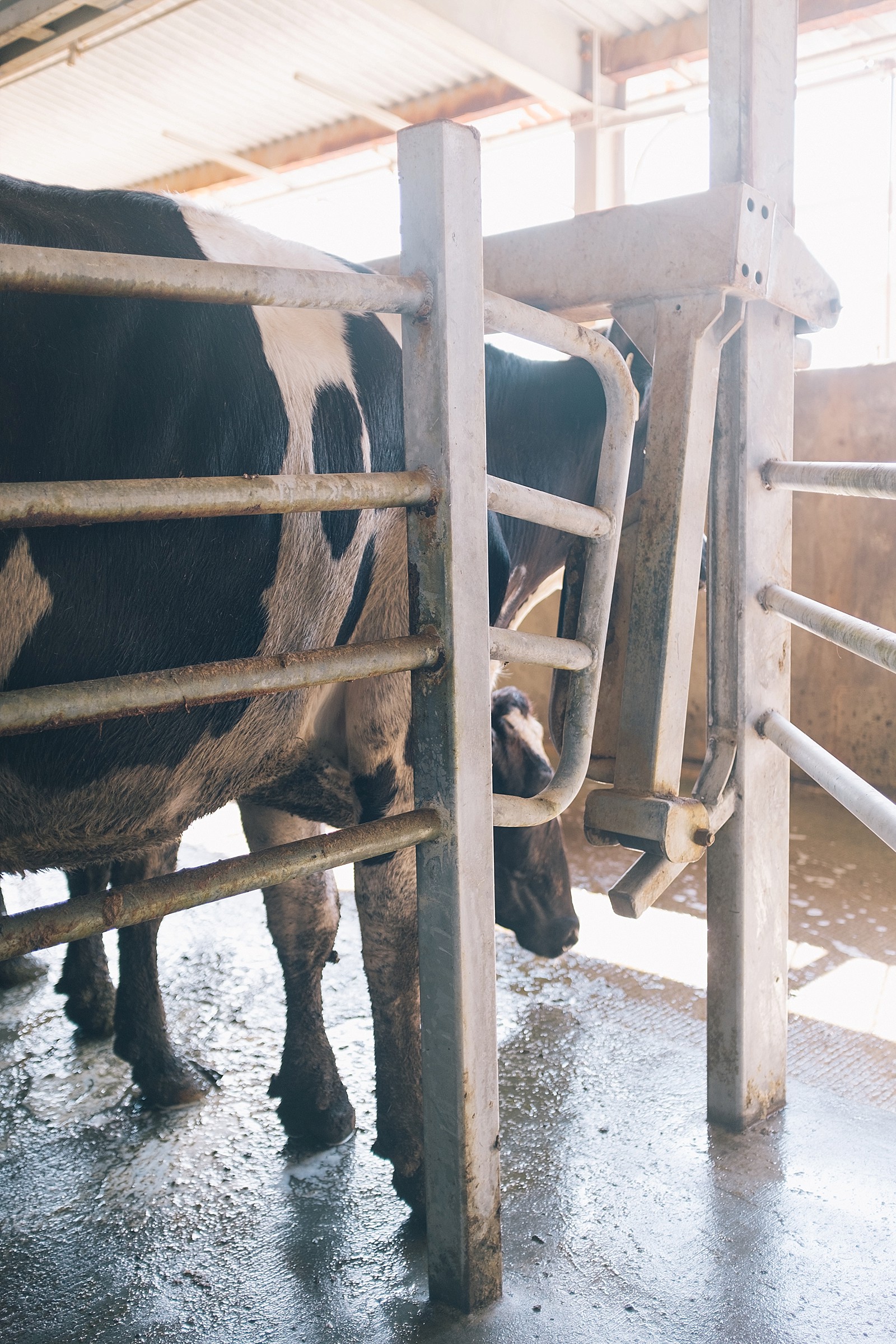 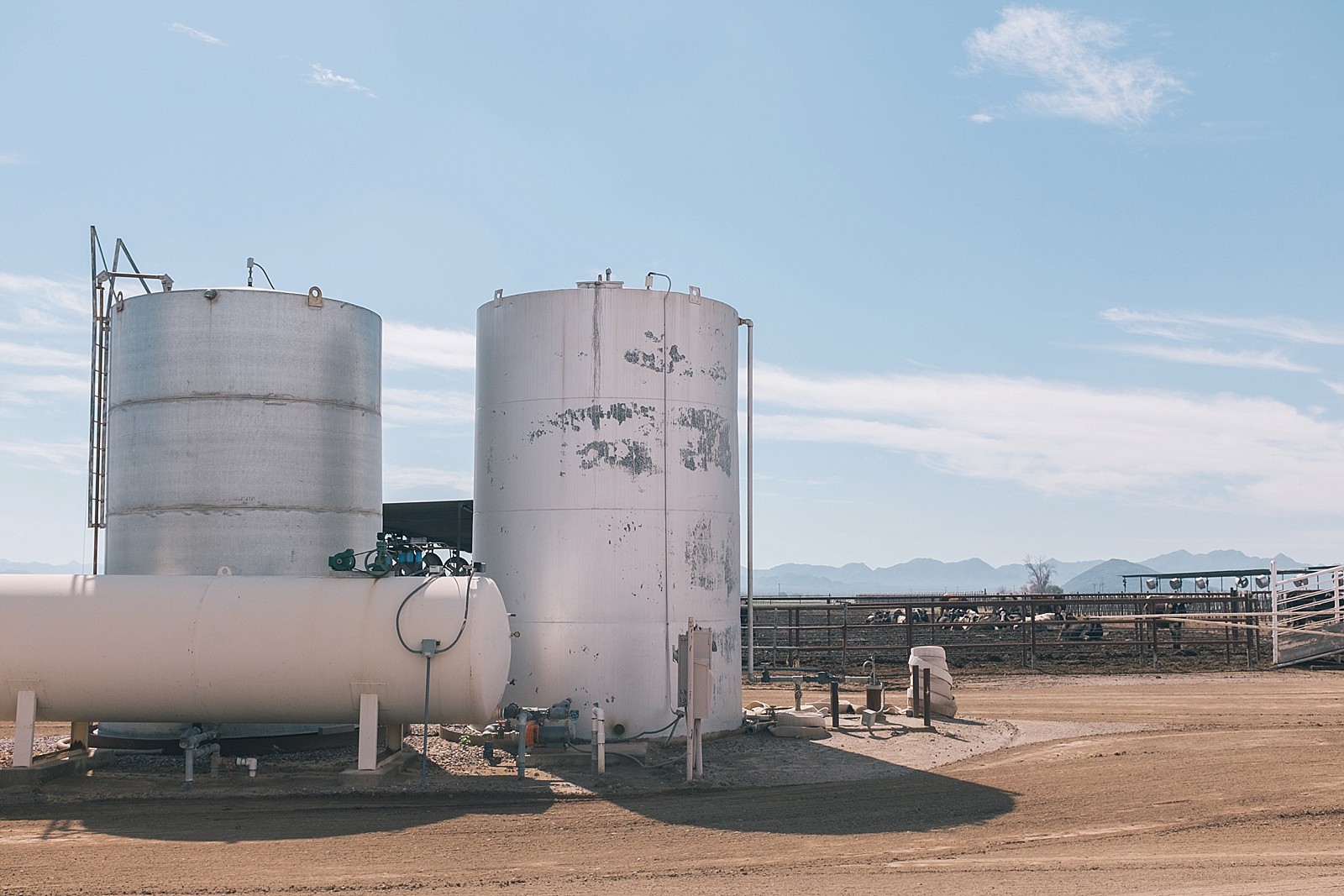 Wes said technology has come a long way, and for the better, so when people refer to the old farming days, that’s not something anyone wants to go back to. We’re so fortunate that our farmers have the technology to inspect health, nutrition and the cows are healthier and it’s better for us. I didn’t realize how much goes into making sure cows are getting the nutrients they need so the milk we drink has the right amount of nutrients. Thank you farmers for all of your hard work! 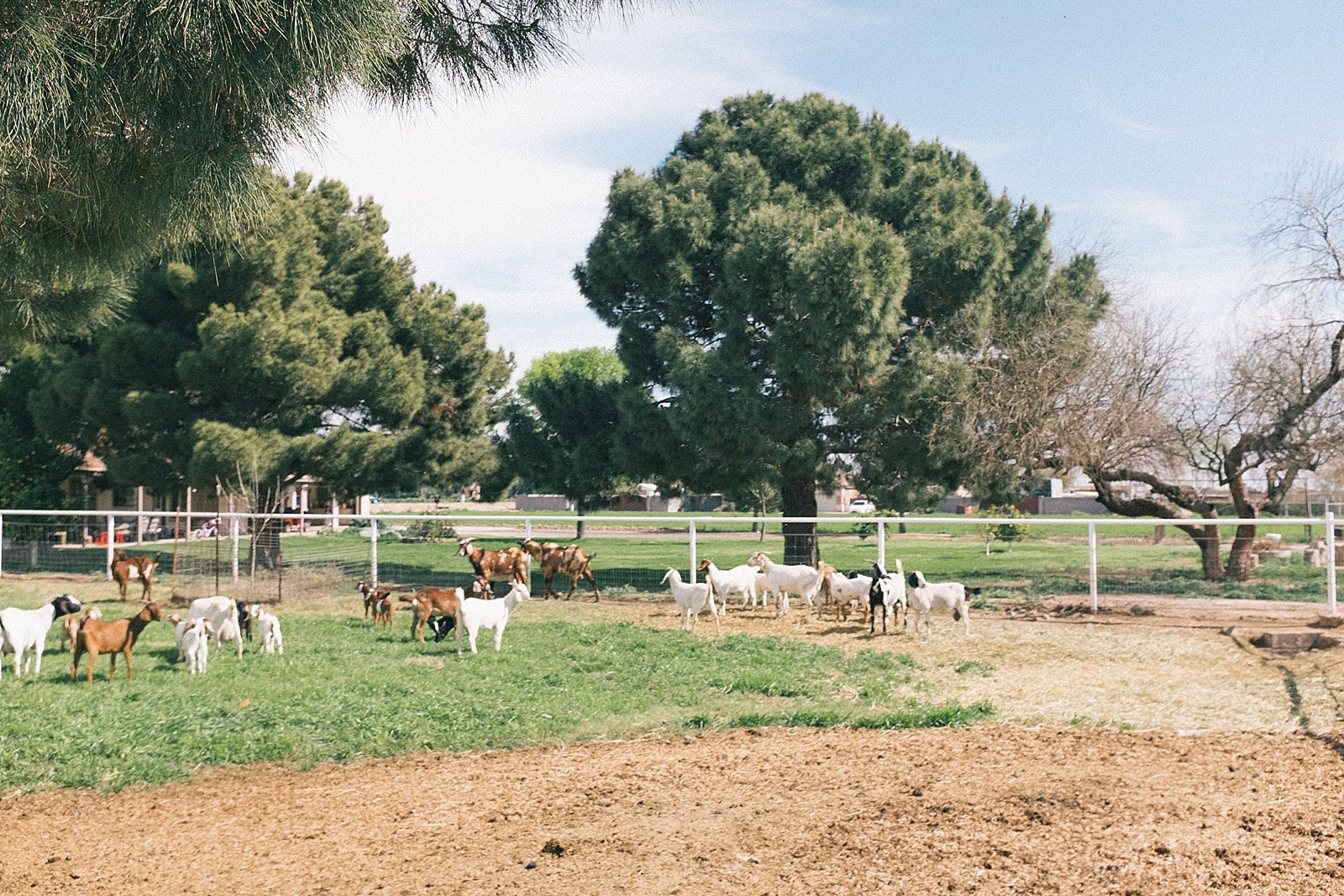 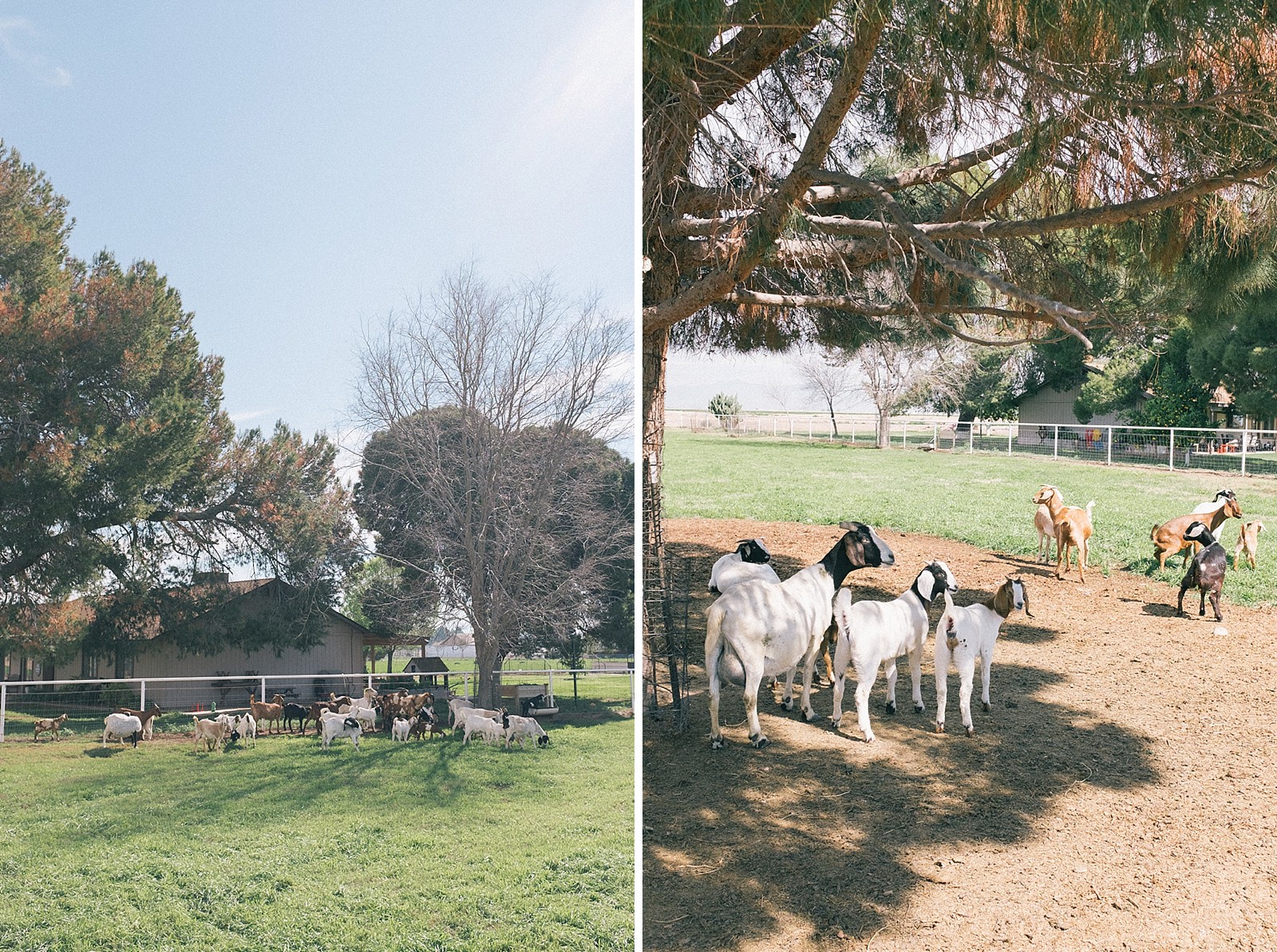 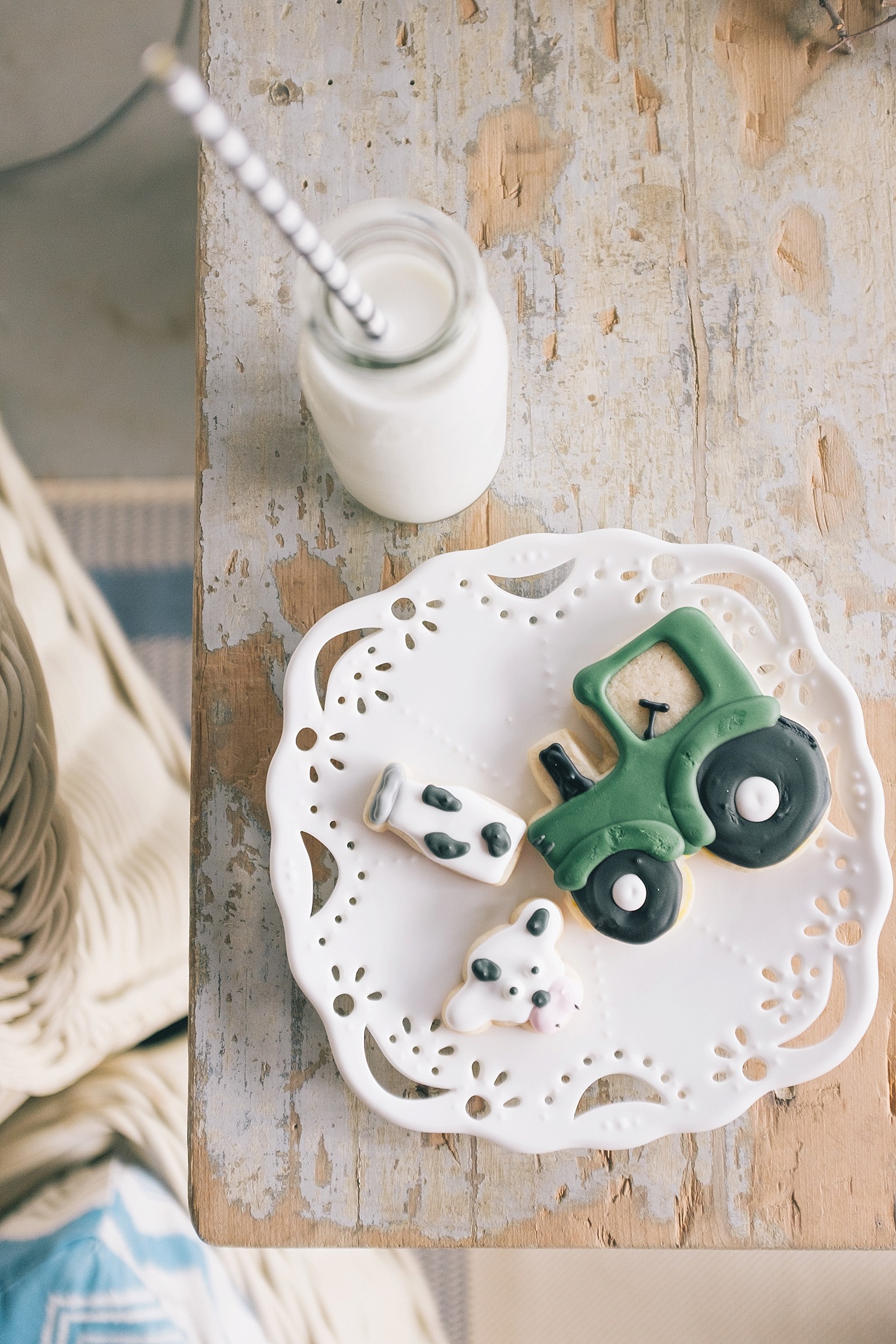 And thanks for the adorable cookies made by Cheryl that I shared with the hubs with a nice glass of milk from Shamrock Farms, milk that could have come from Kerr Dairy!

Check out Fill Your Plate on how to stretch your food dollar with recipes and finding farmers markets around Arizona. 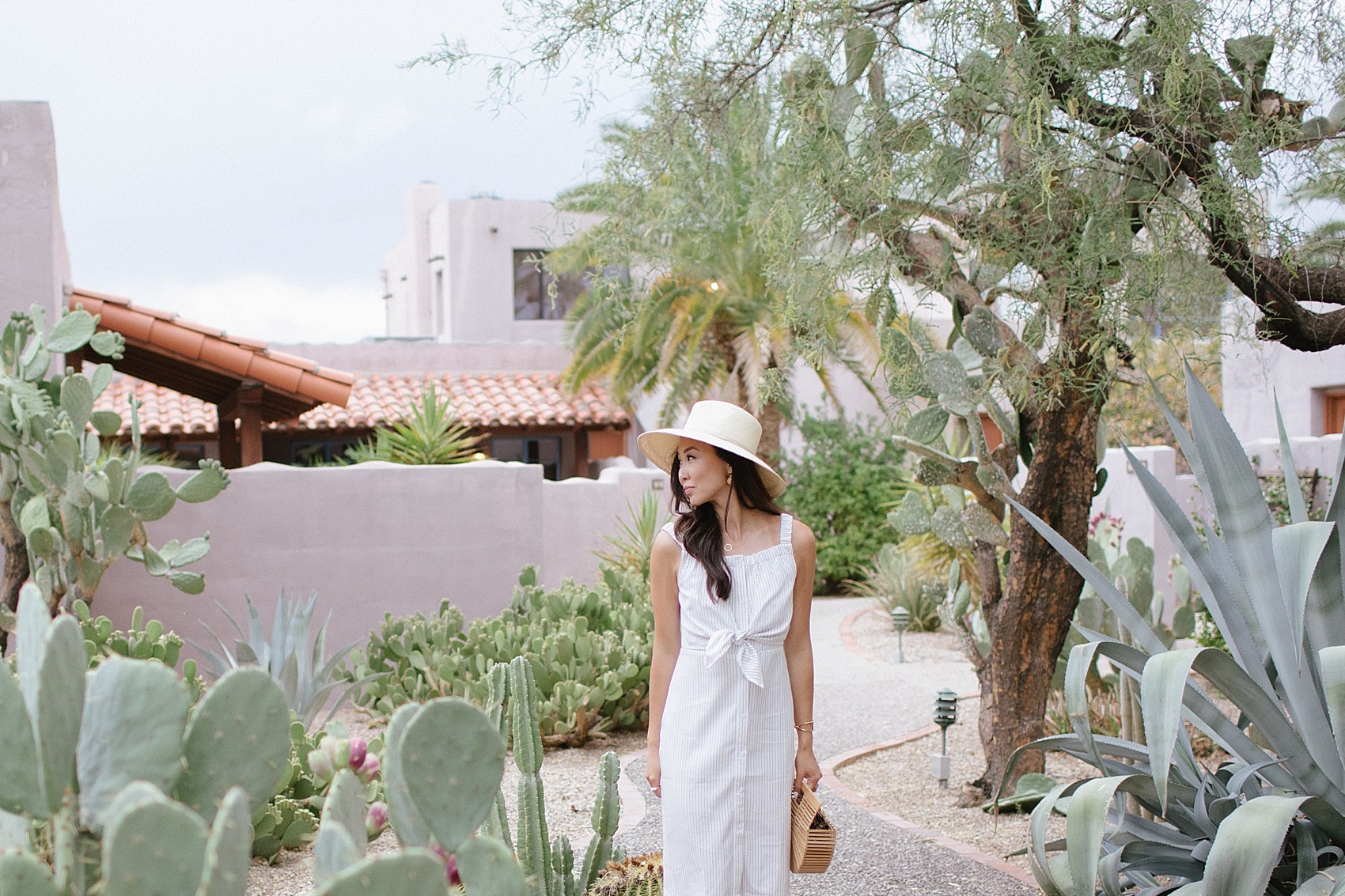 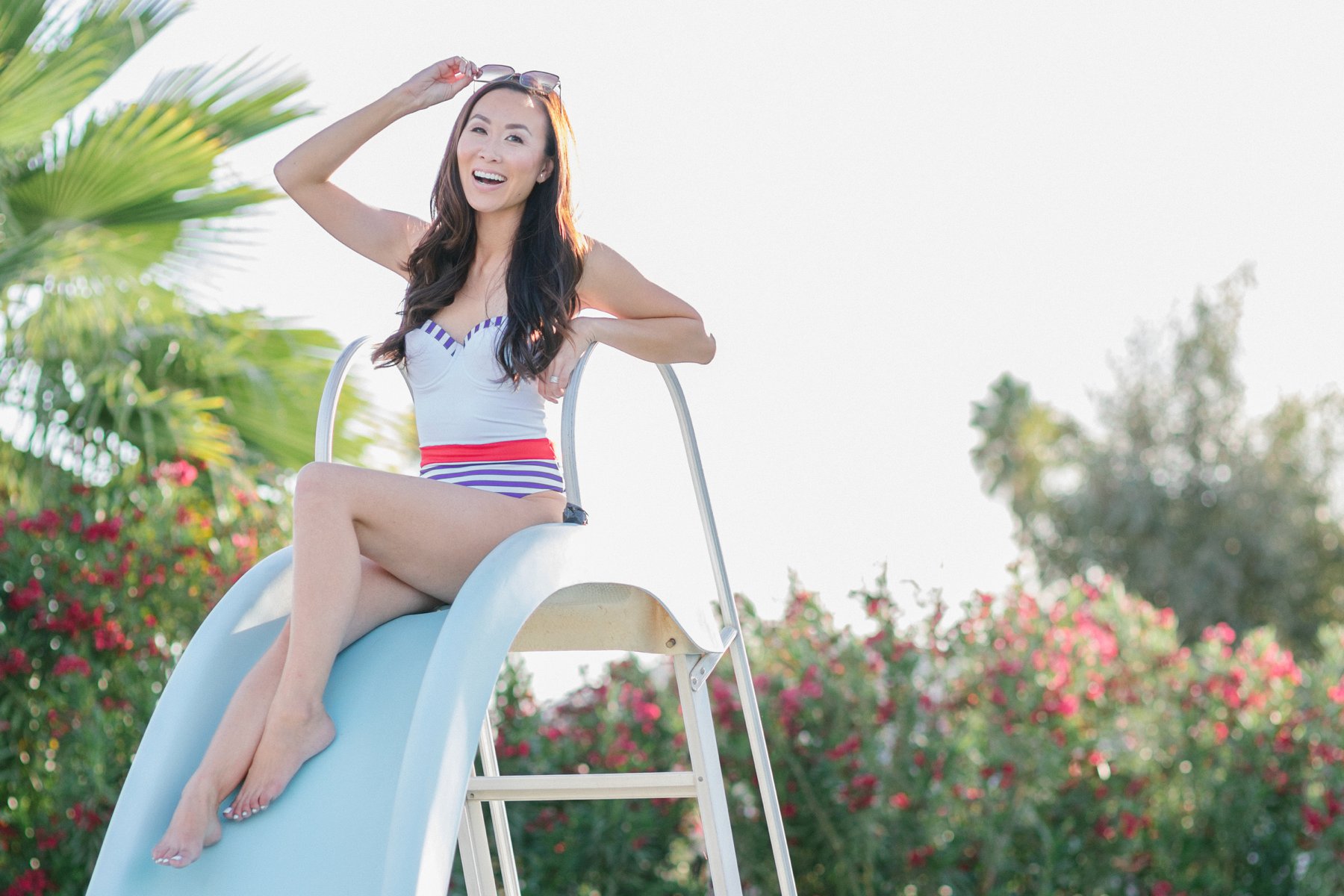 Ahoy mate! In the summers I used to live in a swimsuit. I mean all day 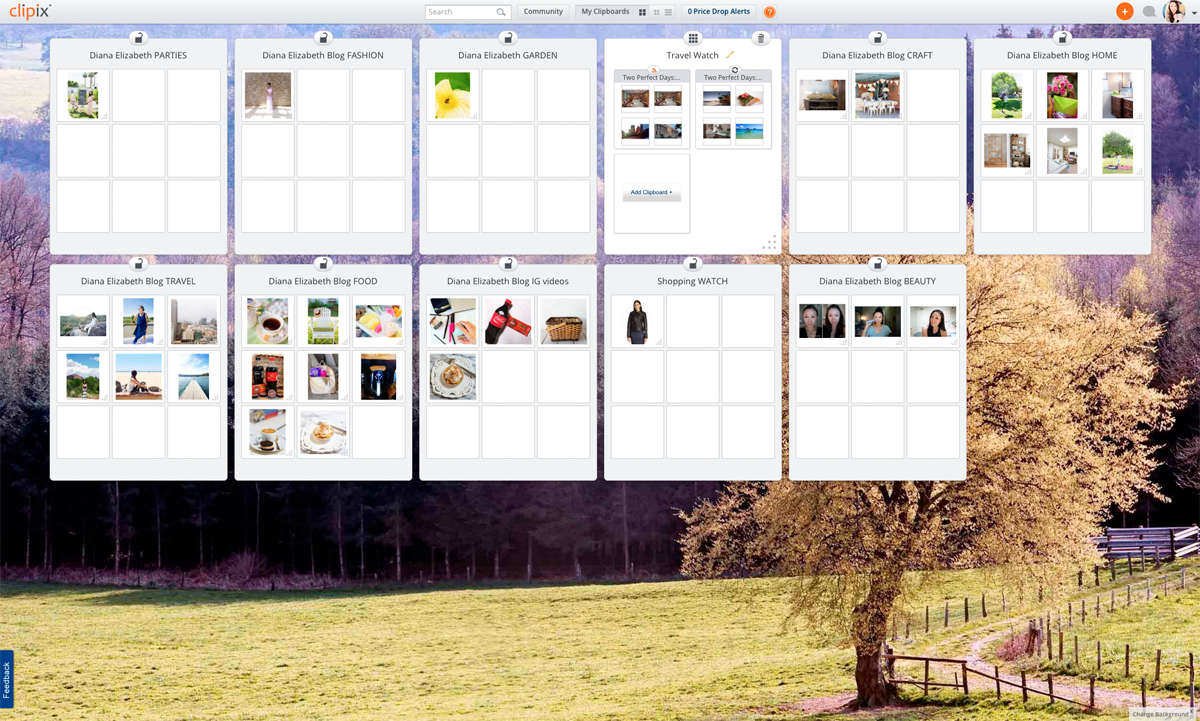 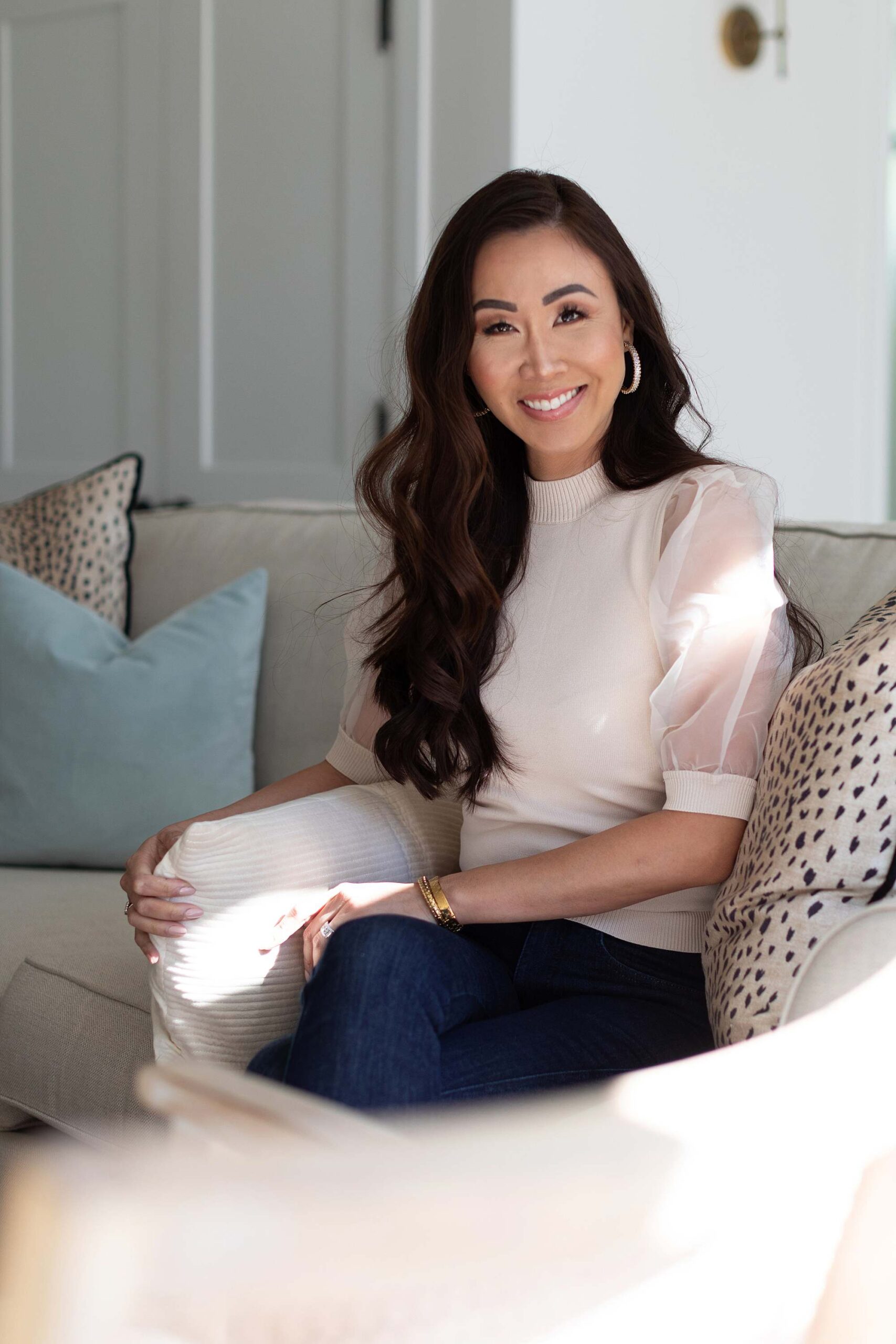 Viewing people and things as products (according to Joy) 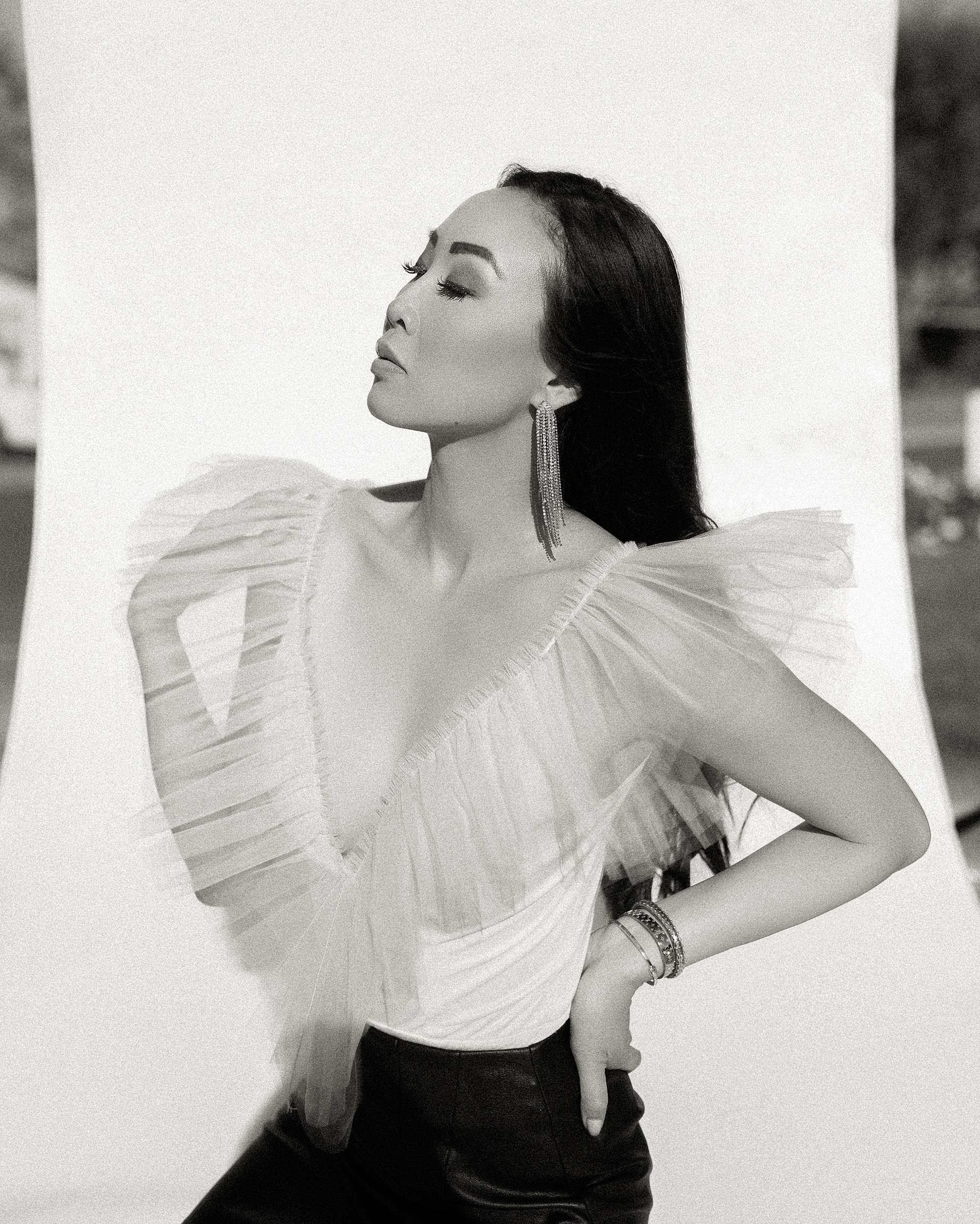 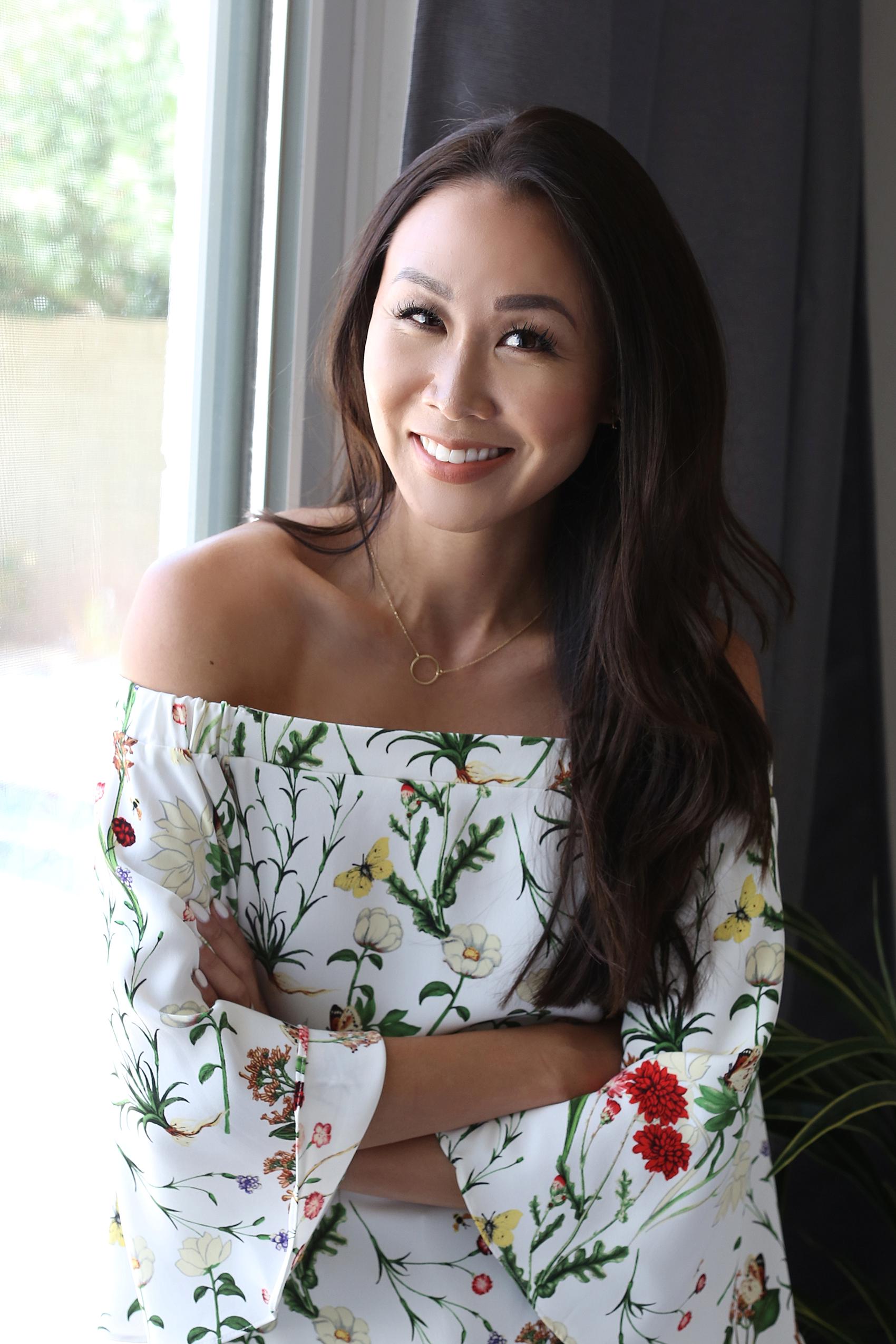 A Racing Heart – and John Mayer

Last week was a grind – but in a good way. One of the days, even