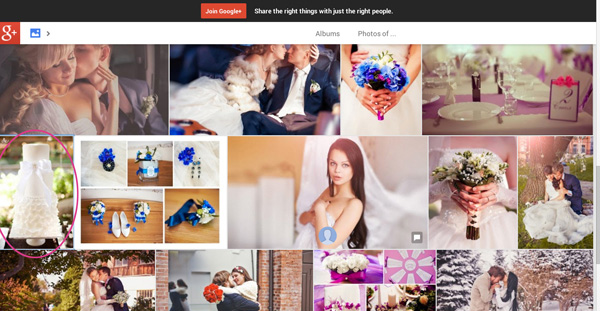 I’ve seen photographers I admired sharing links to thieves who have stolen or claimed other’s work as their own, feeling very sorry for the thief but also not, at the same time.  I always wondered how I’d handle it if that would have ever happened to me.  A few weeks ago I received an email with a screen shot of an East coast photographer who used my images in her portfolio.  So, I can now tell you how I handled the situation.

The back story.  An unhappy client who received inadequate work that wasn’t equal to what the photographer had shown in the her private Google+ album, started to do some research of her own.  I know what you’re thinking, That’s not a legit means to display a portfolio, first red flag – but what traced the stolen image back to me was my watermark that was overlooked and still on the image.  I know it’s just a cake shot, but even if it were one of my couples or one of my favorite shots I’ve ever taken, I know I’d still feel the same.

This isn’t legal advice if you find yourself in the situation because you can Google the info or talk to an attorney.  I will give you advice on how to handle it – how to control your emotions and perspective. Here’s what I did and my thoughts if you find your work is being claimed as someone else’s:

It has been brought to my attention by a client of yours that one of the images in your portfolio was taken by me.  I was sent a screen shot of your Google album since it’s not public.

Since I will assume you won’t know which image I’m referring to since there may be more than one image that does not belong to you, it is the cake image with the ruffles.  You left my watermark on the image.

This is to notify you that your illegal usage of my copyrighted work infringes upon my exclusive copyrights.  I am requesting that you cease and desist my work off your portfolio within 48 hours.  Please notify me when this has been completed.

I would additionally encourage you to not use other photographer’s work for your portfolio for many reasons beyond the basic that it is wrong and illegal.  By being misleading potential clients there are many consequences as I am sure you will soon find that can damage your reputation and possibly financially.

Thank you for your attention,
Diana Elizabeth

Prepare to not receive an apology and move on.  The photographer denied it was her portfolio and claimed the entire screen shot was photoshopped by a crazy client.  When they deny it, what’s really left for you to do?  They know they got caught and since her album was deleted (the URL didn’t even go to a private album any longer) I knew that was her admitting guilt. I received an email from her client still rightfully upset over her poor wedding images, but as for my position on the issue, I choose to let it go.  I didn’t respond or take any legal action (by then the portfolio was taken down), I just realized that she was probably losing sleep that night and learned her lesson.

I know this post might make some of you upset, as if I’m justifying or encouraging people to steal other’s works.  Here’s the deal – a post doesn’t encourage people to steal who already have no morals or ethics, they were going to do it anyway.  You can’t keep others from hurting, saying, or being mean to you, we live in a world where there are just bad people who make really big mistakes.

Know that cheaters never prosper.  I know the client was rallying a lot of other photographer’s against her wedding photographer when she could find who the work really belonged to.  I know that this East coast photographer knew she was wrong and caught in the act – the flood of emails, angry words, her continuation of habitual lies, and at the end of the day she probably laid in bed with her head spinning.

It’s wrong, people are mean, some lack morals, and it’s too bad.  But if you can go to bed knowing you did all that was right and can look yourself in the mirror, that’s all that matters.  Life is too short to waste trying to continually seek justice – anyone who uses your work to claim it as theirs will never be able to create something identical or parallel to your talents.  You just need to keep creating and be as original as you can be that even if your work gets placed where it shouldn’t be, no other artist can ever duplicate what’s uniquely yours.

There are 7 comments on When your work is stolen.