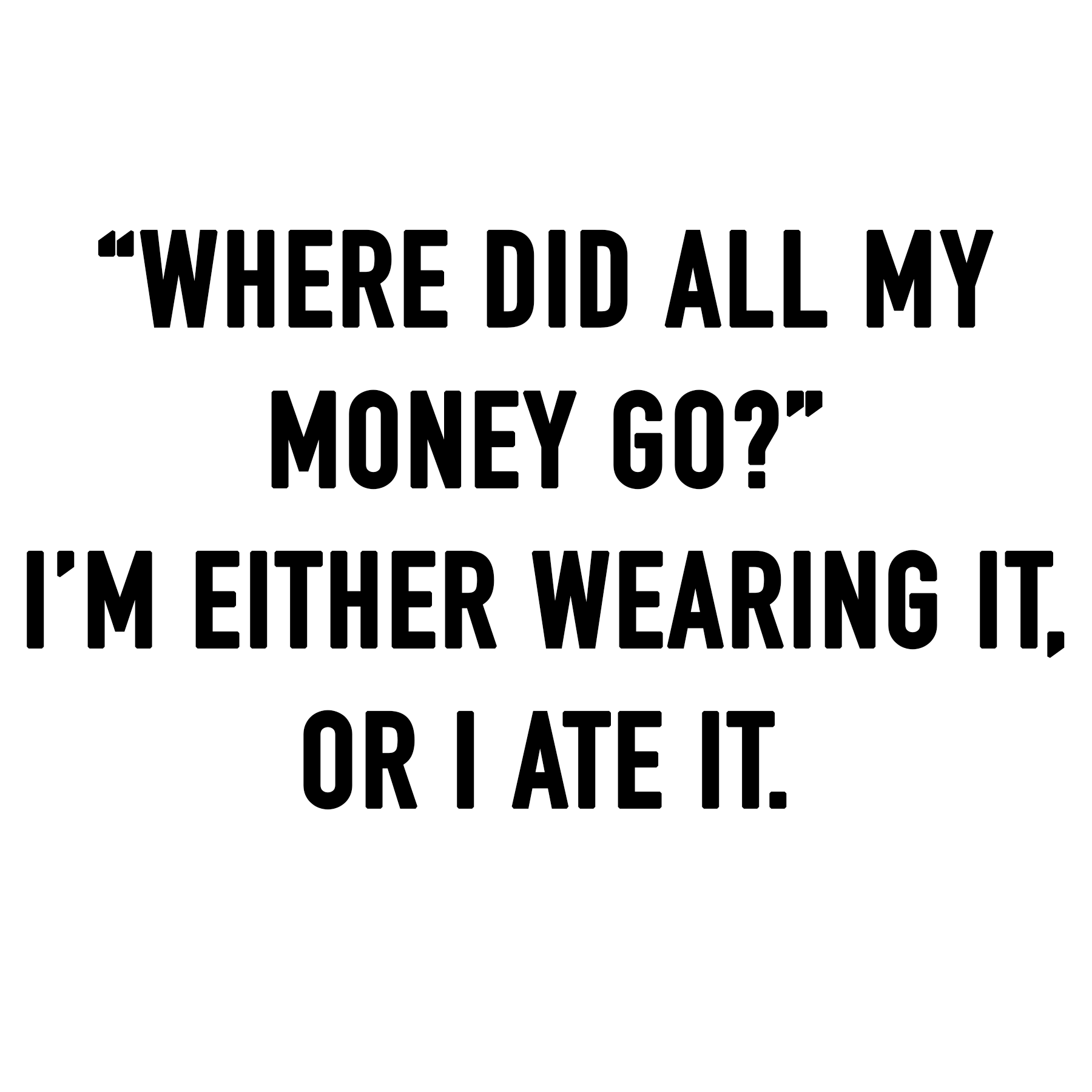 If I didn’t write a follow up to my spending freeze, then I probably would have cheated and you never would have wondered or asked how it went (see post here about what a spending freeze week is). But that’s not entirely true because I am great at a challenge if I put my mind to it and I want to work on something – just not sports for me *wink* But there were a few things I was like dang it, if only I could _______.

I made it – kind of. I bought two things by sheer accident. I’ll explain in a second.

So, from Monday to Sunday night, I didn’t spend anything, no groceries, random food, outings, nothing unless I had a gift card! My friend and accountability partner Ashley helped a ton! (See her recap on how she did here). We even did a Facebook LIVE video to update everyone on why we were doing it and how it was going in the middle of the week. She has 2 kids and a dog and she had different trials than I did.

The challenges I faced + what I learned –

Our video – explaining halfway through how our week was going

Ashley of Pineapple Diariy came over to my house after a work meeting and I made her some coffee and we decided to hop on Facebook live just to chat about how it was going and our struggles and triumphs! Sorry it’s not super clear but how we look isn’t as important as what we are saying. I need better internet connection – Century Link is terrible!

How much I saved

I would guess at least $600 – considering I went to Forever 21 twice and would have dropped $100 each visit, the $200 dress I wanted from Anthropologie that I decided not to buy right now, and the $100 for Revolve sale because well, it’s Revolve! We can add in an extra $100 for the meals I would have had with three of my girlfriends that week but instead I made meals for them. Let’s not forget the times I wanted to have dinner delivered which is around $35 that I passed on and went for a Trader Joe’s meal instead.

Now, on a daily basis I will be conscious about my spending and decision making. It wasn’t fun to say no to prime rib or that cheese quesadilla I really wanted (I just eat all the time) but I made better choices or I had food in my fridge.

When I enter transactions of my bank statements or credit cards, I find that I’m spending money every day. Every.single.day. Food, Amazon, coffee, you name it. Instead of spending, this week checks arrived from jobs and if I can say anything about saving money – the bigger your bank account numbers get, the more motivated you are to save, that’s how it is for me anyway. And instead, I’m clearing out my closet from things I don’t wear I’m finally going to let it go if it hasn’t been worn for a year. I also realize how many impulse buys I have because I’ve only worn a top once, I need to slow down.

I also will be inviting friends over more often because 1- it’s so fun and 2- it’ll be cheaper for the both of us! Check out what Ashley’s trials and experience were on her blog post here.

Have you ever done a spending freeze? How did it go? Do you want to grab a friend and do one now? Tell me in the comments below!

There are 2 comments on No Spend Zone! The update: What I learned and how I did during my spending freeze week challenge.