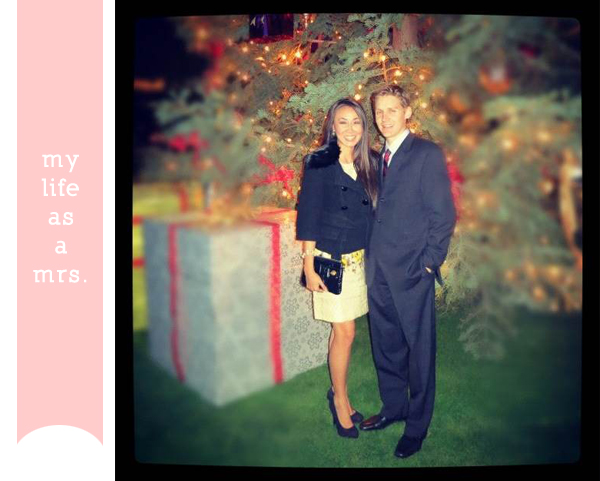 The day after we woke up after celebrating our first anniversary, Mr. Wonderful says, “Hey babe, today is the first day of our second year of marriage!”  Such a funny guy.

So the first year the traditional anniversary gift is paper.  Paper.  Uh.  Mr. Wonderful and I are not traditional wedding people, we are only traditional with our Christian values.  And by being untraditional, we almost forgot to eat our frozen wedding cake that Rachelle kept for us in her freezer for nearly a year.  So that paper thing, I wasn’t sure if I’d follow it until Jackie told me I should decoupage something.

What is decoupage you ask?  Oh it’s that thing where you basically ruin your manicure. You take paper, scrapbook paper, photos (but not printed by inkjet so I did black and white laser jet photos of us), and you use this modpodge stuff that’s like Elmers white school glue, which you can also use instead, and you brush it all over something to coat it and make it stick.  At craft stores they have paper boxes which is ideal for projects like this.  And so, I went to work, all high from the fumes in my office, giggling because I had no idea what I was doing.  Mr. Wonderful calls it my sinister laugh.  He knows I’m up to no good, semi making fun of myself as I laugh like that and in which I did when I handed him my modpodge of a paper pinata looking gift.

In addition to the lime tree I bought from Whitfill Nursery which was planted on our anniversary (I put a paper red heart on it), Mr. Wonderful loved the handmade decoupage gift – he says because my face is all over it.  I don’t think I’d ever decoupage again so if you need the rest of my modpodge container let me know.  Although I’ve learned to never say never.

Mr. Wonderful bought me pearl with diamond stud earrings which I got to pick out.  He’s an awesome gift giver even though I’m super content with a kiss.

Next year’s traditional anniversary gift is cotton.  I think I’m going to keep going with the traditional gifts just to challenge myself.  It’s a good thing I already took up sewing, it may come in handy this time next year.

Diana Elizabeth says the first year of marriage wasn’t hard at all.  Other than moving around from state to state and blending finances (it’s harder when you’re older and more established), it was really easy and fun.  A great book to pick up for the engaged/dating is “Things I wish I’d Known Before we Got Married” by Gary Chapman.