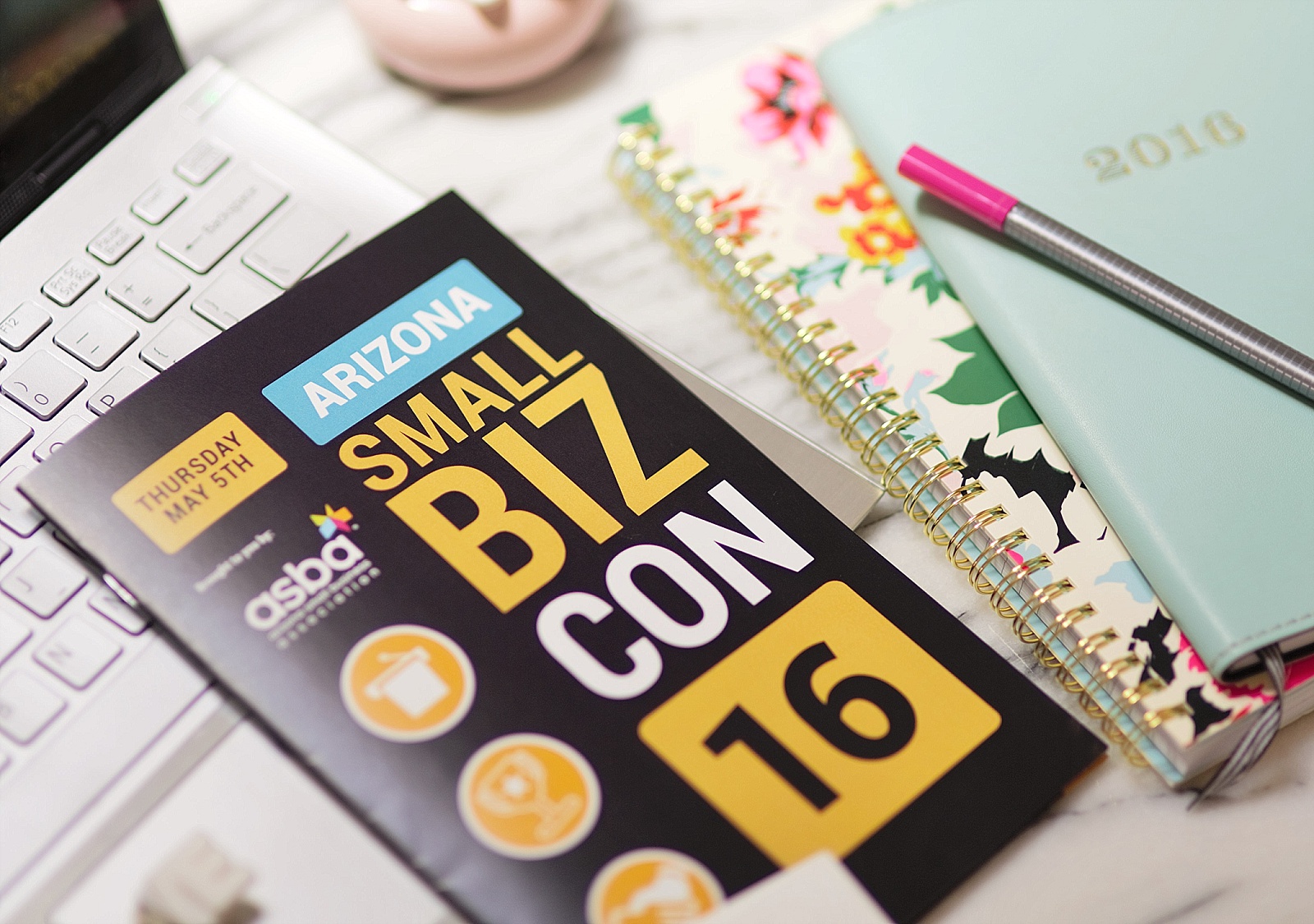 Last week, in partnership with Cox Communications and Cox Business, I attended the Arizona SmallBiz Con 16, held at the Arizona Biltmore hotel.

It was part of SBA, the U.S. Small Business Administration and was a day full of information, practical advice, awards, breakout sessions and networking. 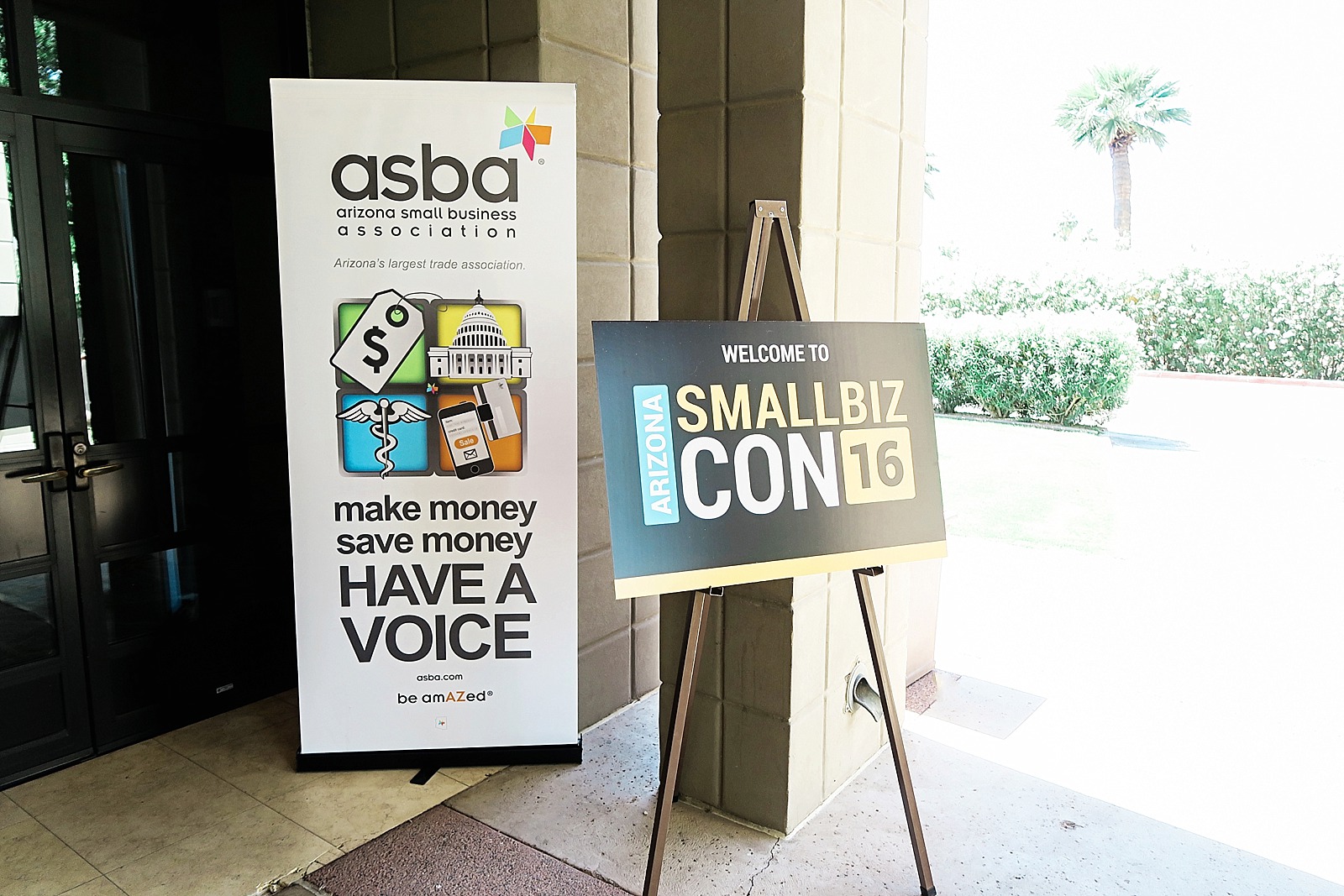 I’m going to assume you watch ABC’s Shark Tank like the 48% of the over 2,000 American consumers polled by Cox Business, who claim it was their favorite small business reality show!

The Mr. and I can hardly do much in moderation so we DVR it and binge watch – you may recall the Veteran episode that featured two Arizona veteran run businesses – Bottle Breacher, a beer and wine bottle opener that’s a 50 caliber ammunition, and Major Mom, an organizing company. This is when I say, oh my goodness look, celebrities! 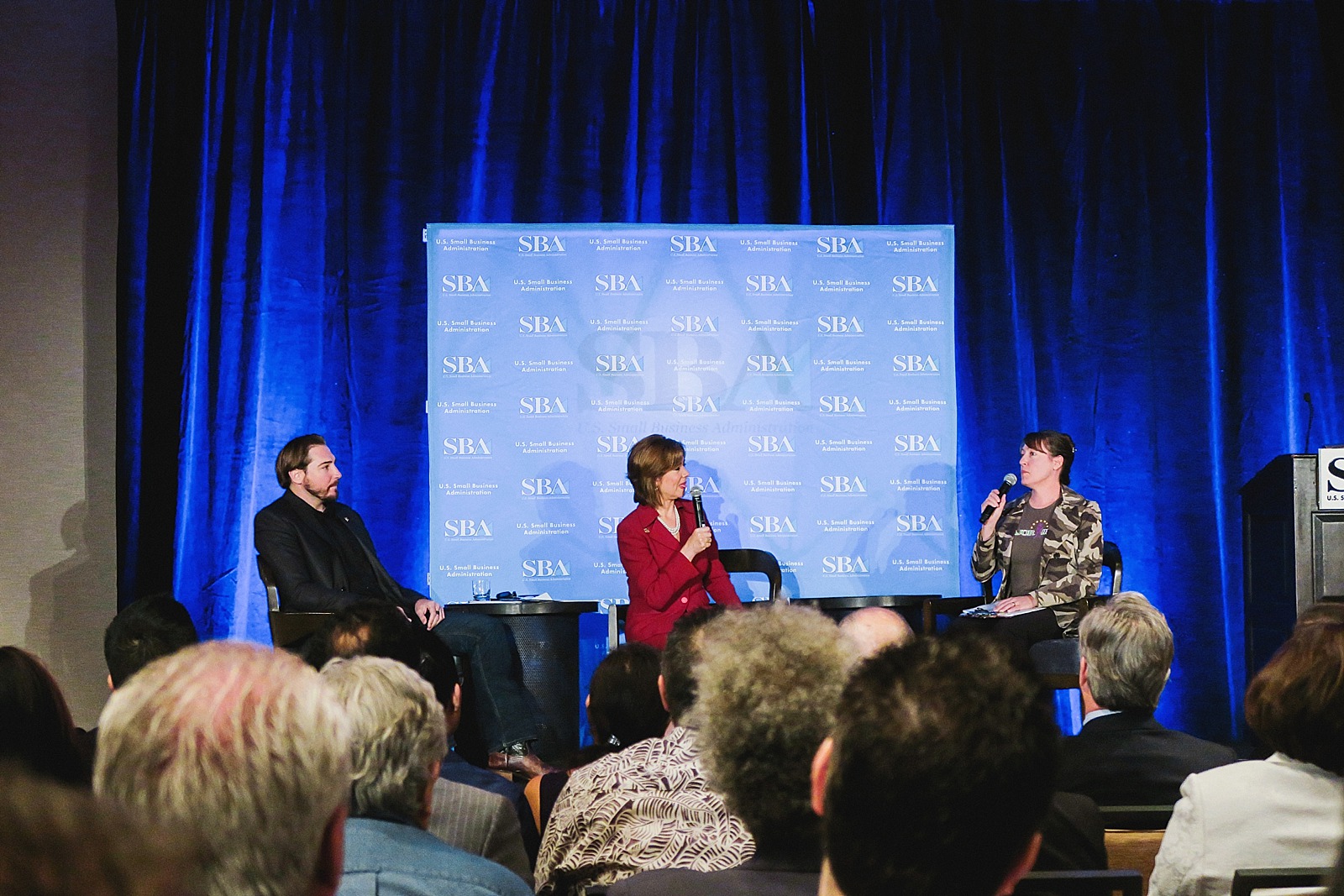 The day kicked off with an armchair discussion, seen above. Eli of Bottle Breacher and Angela of Major Mom talked about the journey of their businesses and challenges along the way.

Eli and his wife Jen (a UofA grad) started selling their creative bottle openers on Etsy. After popularity began to soar, Eli sold his motorcycle for a laser engraver and it increased his sales in one month by 2.5x! It allowed him to personalize the bottle openers which were a hit for wedding gifts – like groomsmen.

Angela was in the real estate business until it tanked and realized after waiting tables she decided she wanted to start an organizing business. She took a SBA emerging leaders course, learned her numbers. She remembered hearing, “If you are not profitable then you are not a business, you are a hobby.”

After the panel discussion there was a luncheon which awarded several Arizona businesses for their contribution to employment in the state of Arizona. Cox Busuiness SVP Steve Rowley was there and gave out two awards – seen giving Major Mom her 2016 Woman-Owned Small Business Champion of the Year award.

After lunch, educational breakout sessions took place, three courses to choose from, every hour. Session topics ranged from how to expand and find employees, to how to ask for a loan, to when to sell your business.

If small business owners didn’t have a chance to network at the luncheon or between sessions, there was a Mini collaborMIX of Power Networking event to help with building professional connections!

See the video below about my recap and stats about small businesses and consumers – for Arizona and nationally.

There are 16 comments on Small Business Talk with Shark Tank Participants.