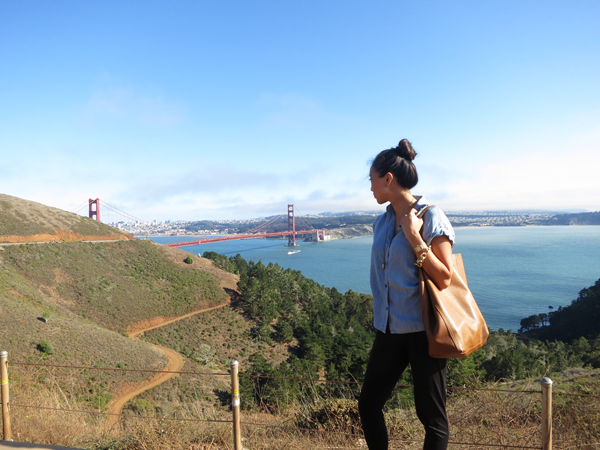 San Francisco is where my roots in the states began.  My grandparents immigrated here, met and fell in love and had a two boys, my dad was the youngest making him the first generation born in America.  My mom’s side is from Shanghai but relocated to Taiwan.  When she was famous, she traveled to study in San Francisco, renting an apartment on Commercial Street in Chinatown where my grandparents owned a building.  There my mom and dad met and my mom stayed and became a legal citizen.

So I guess that makes me the second generation.  My dad has the funniest stories growing up in Chinatown, and some really rough stories too.  Being a kid born in the 1950s and going to a Catholic school wasn’t exactly a sweet deal back then.  I’m so glad we’ve come a long way from that lifestyle of intolerance.

Anyway, Rachel came over to do a little half day trip, after her morning run.  The girl likes to run so much that she told me she’d run and meet me in San Francisco but I said no, Rach, we should drive. *wink*  My dad recommended we head to Sausilito and the Marin Headlands, a place he frequented often growing up.

First stop, Saucilito.  A high tourism place, my dad said my grandfather used to own a home there but sold it to buy a cabin in Tahoe.  According to my dad, in the words of my grandfather, “Sausilito is full of bums,” but today it’s one of the most coveted places in the bay to live, and quite expensive.  Lots of quaint little shops and restaurants.

Enjoy the mixture of Canon Powershot and iPhone pics. 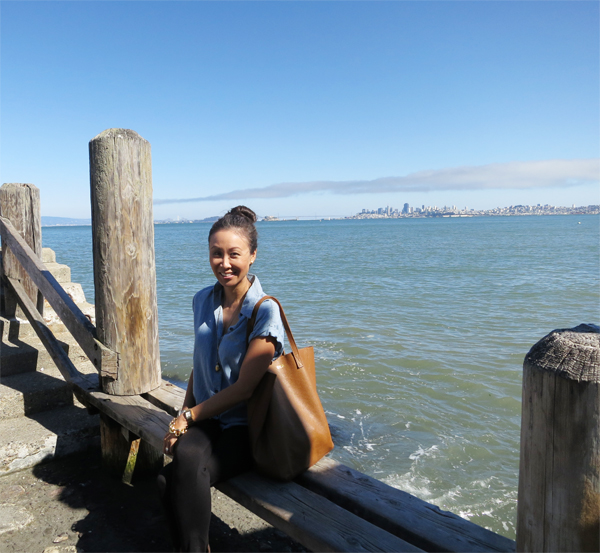 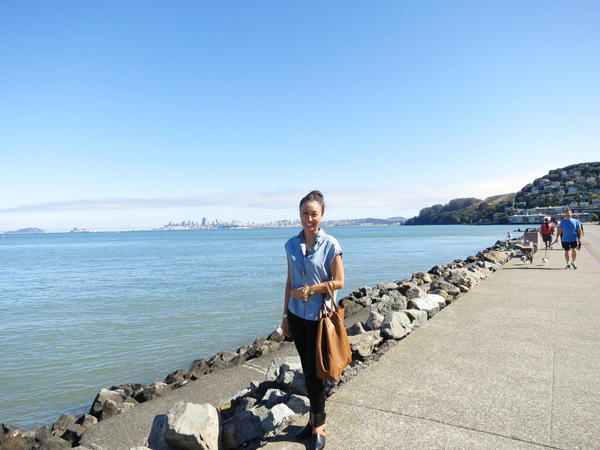 We indulged in some ice cream, and I bought a $15 kite just for photos.  I’m a photographer, that’s how I roll.  Rachel promised she’d take me somewhere to fly it later that day.

Then we headed up the hill into the Marin Headlands and stopped at every point we could to take in the view. 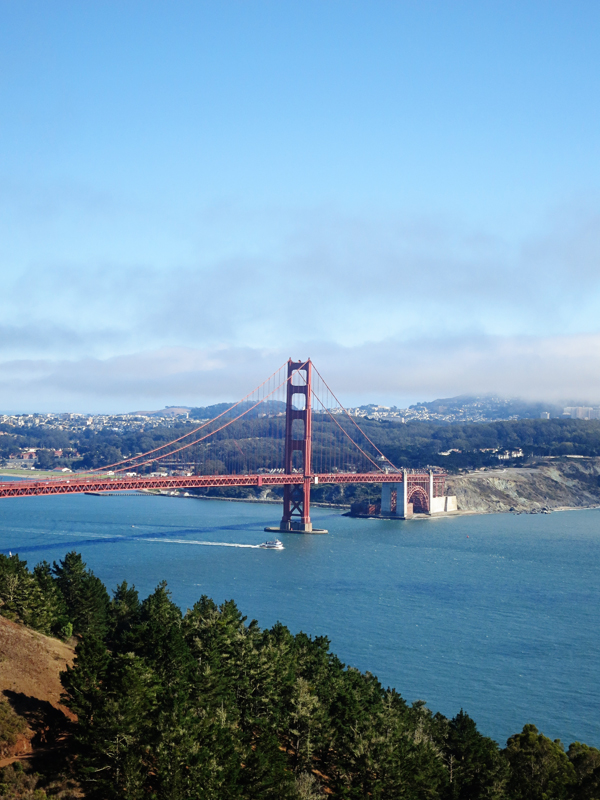 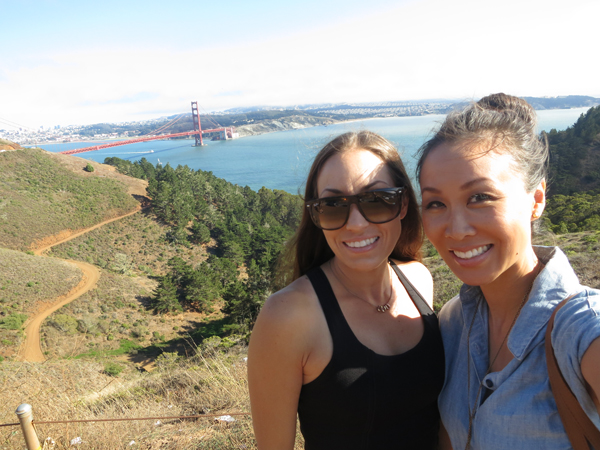 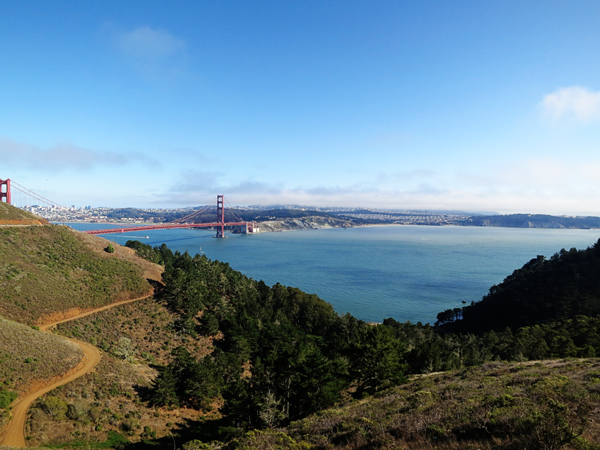 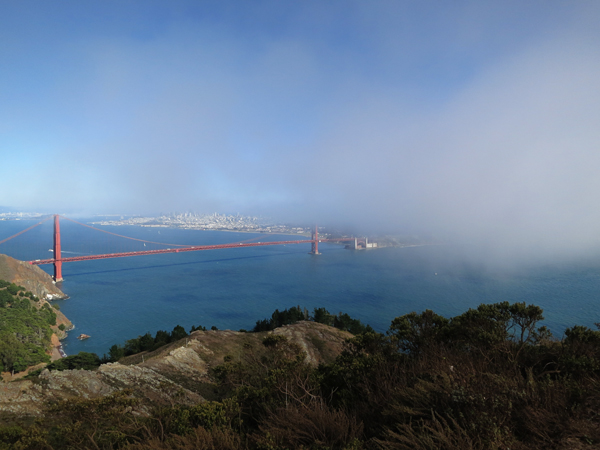 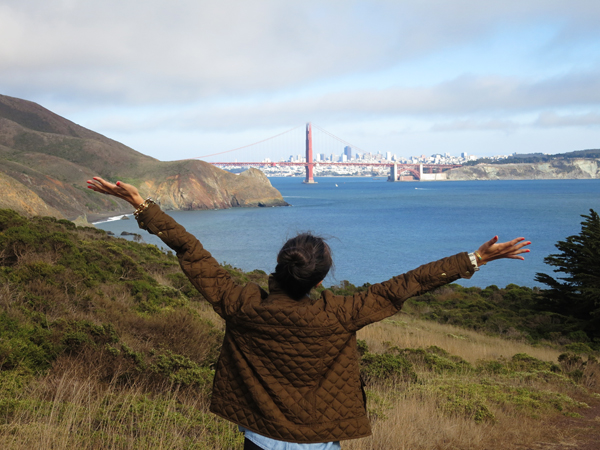 Dad said we should check out the lighthouse so off we went. 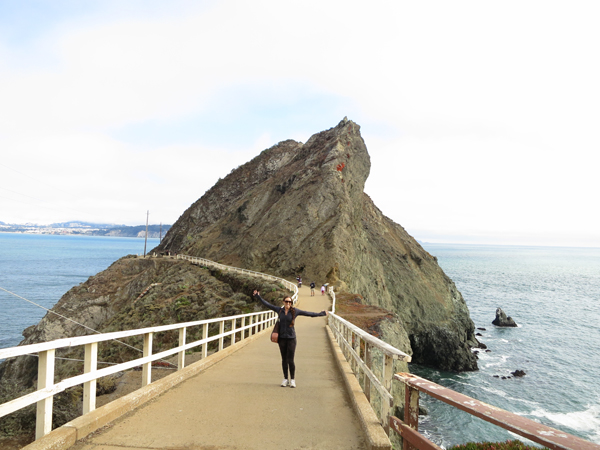 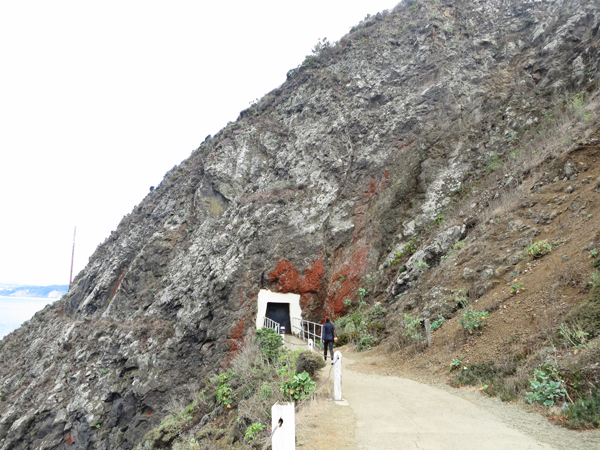 So apparently they close the door when they are closed.  Boo.

Then I fell off this post trying to get a photo.  It’s not easy trying to look effortless.  Or when your butt is bigger than the top wood board. 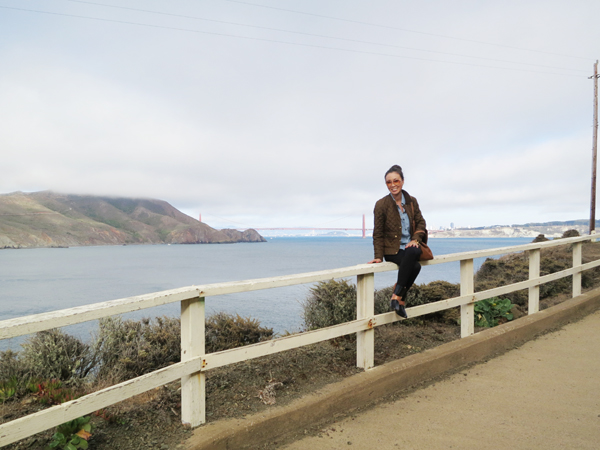 So we traveled some more. 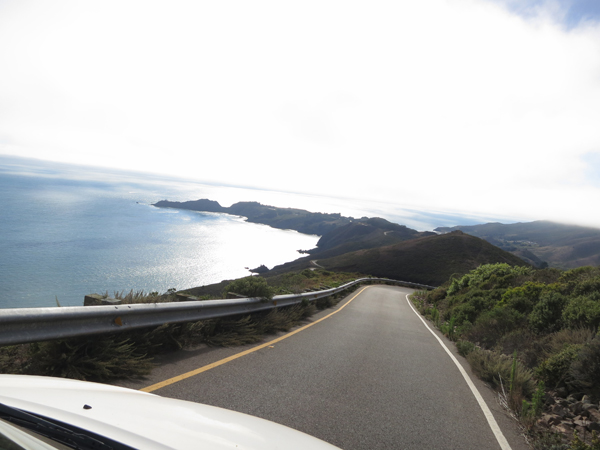 Until we hit the beach, Rodeo beach, where I could fly my seagull kite. 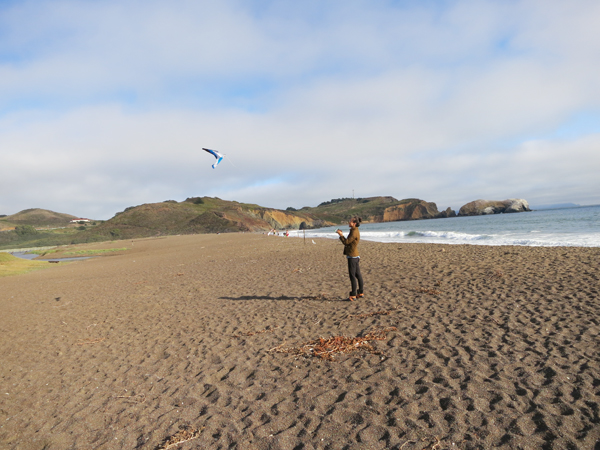 Rachel had to fly it for me first and then give it to me.  I don’t remember the last time I flew a kite. I think I was probably ten with my little brother. 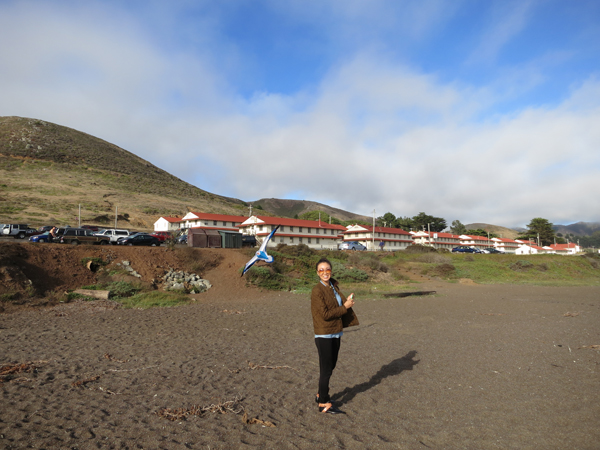 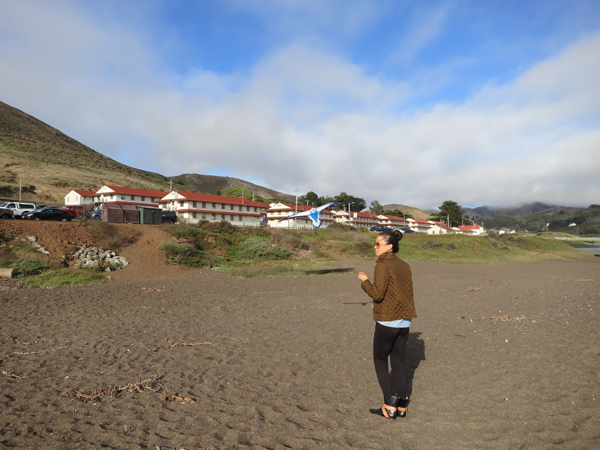 Flying a kite, what a cinch.  I can do it without looking. 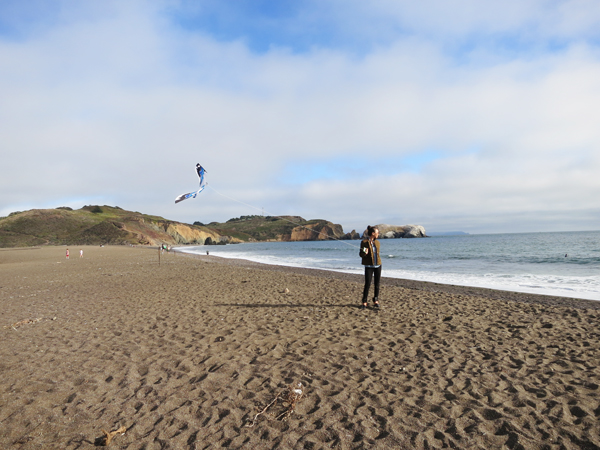 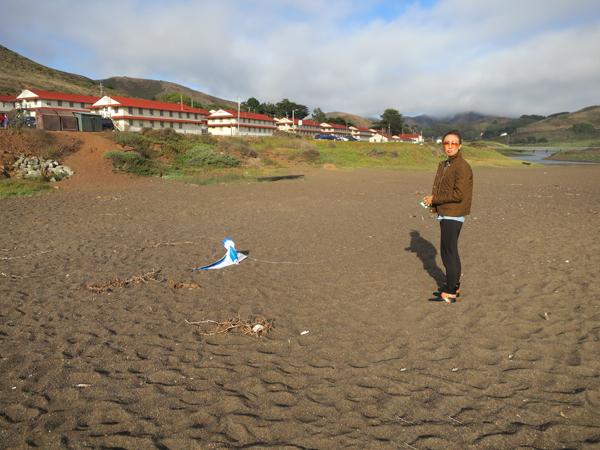 I told you Rachel likes to run.  Run Rachel, Run.  I think I just came up with a new blog URL for her. 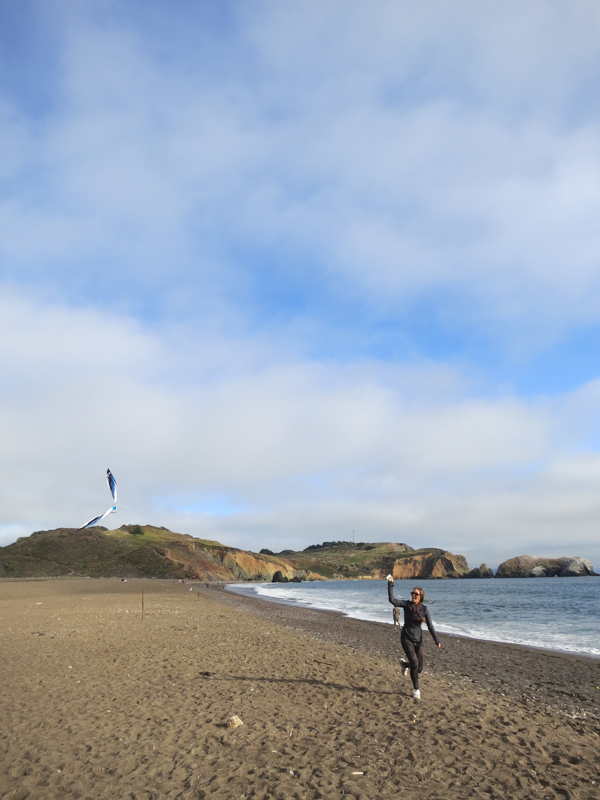 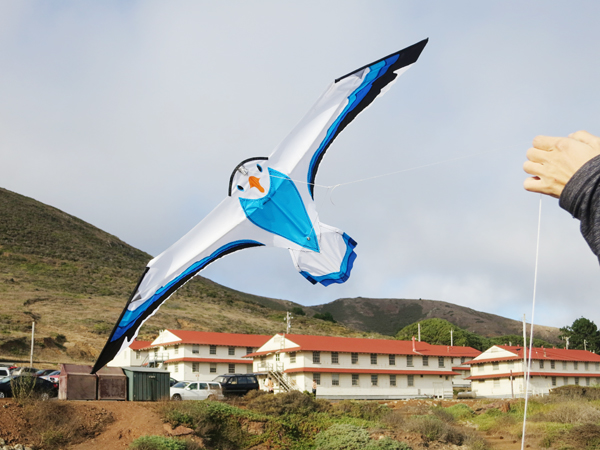 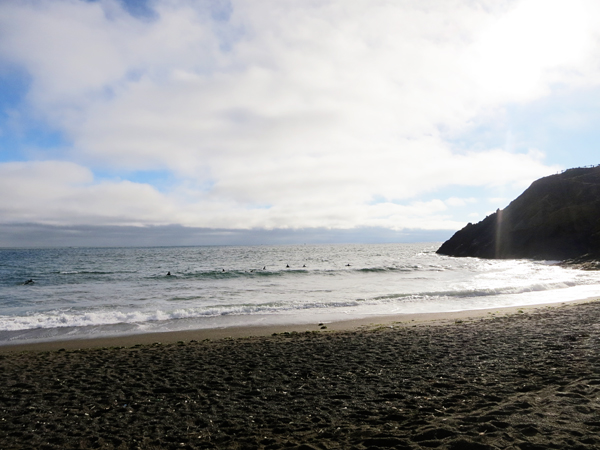 We said goodbye to the sufers and headed to Mill Valley for dinner.

“Did you put on some lotion or something?”  I asked.

It was the smell of the eucalyptus, smells like a Chinese medicine shoppe. 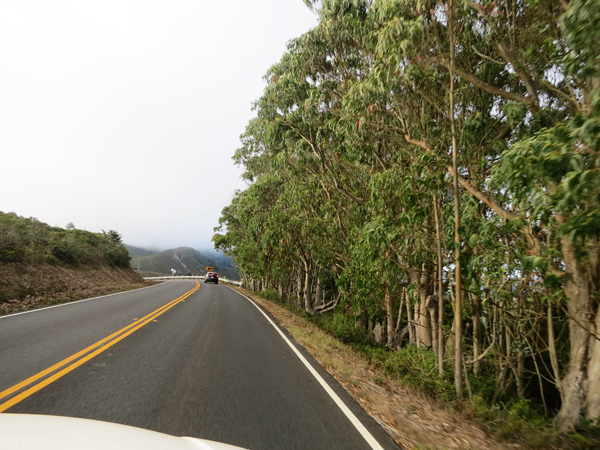 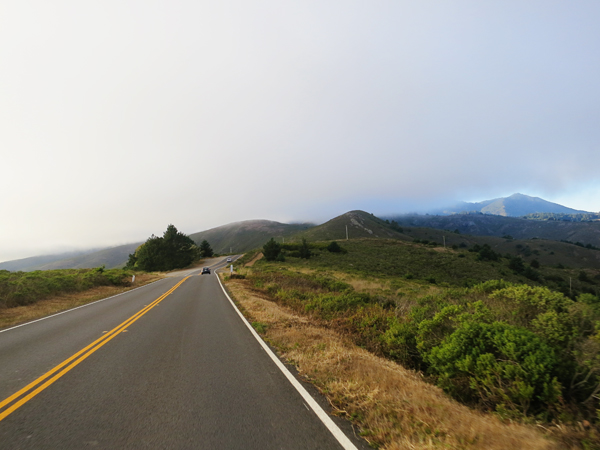 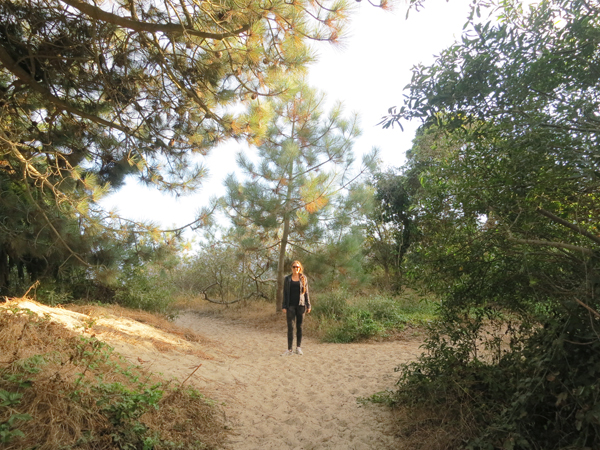 We got more bounce in California… oh how I love being home. 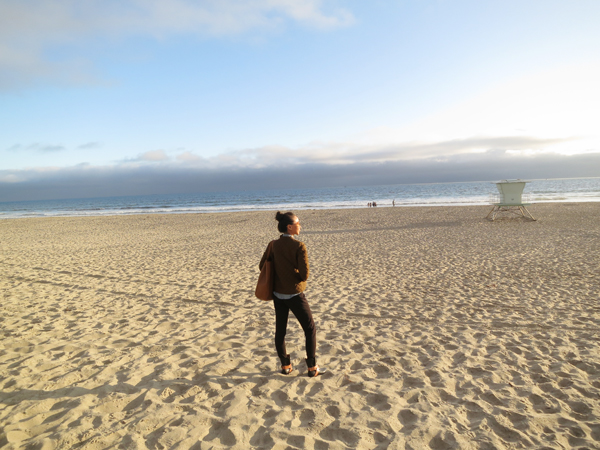 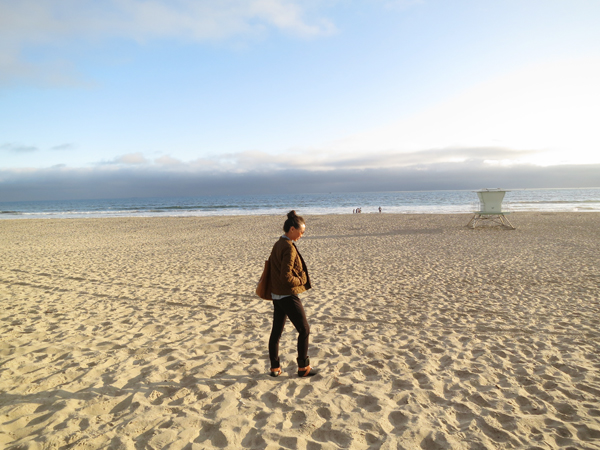 There are 2 comments on Sausilito + Marin Headlands.