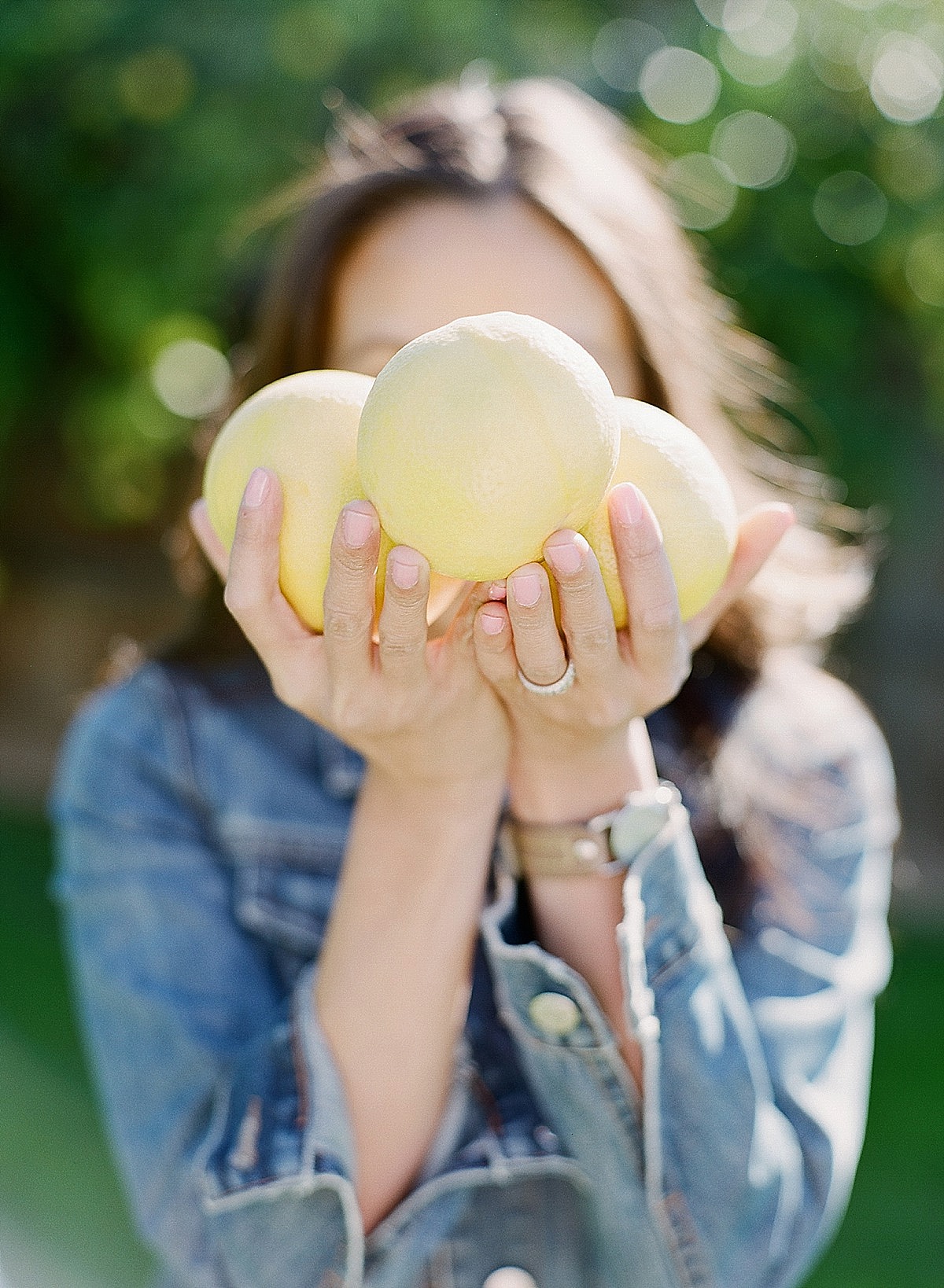 Since Benjamin had time before he begins his new job it was time to remove the grapefruit tree. When we removed the one in the front yard it cost us about $450+ for removal and grinding down the stump. Benjamin said he could do it himself and save us some money – but I was truthfully a bit concerned about his safety and the well-being of our chainsaw!

Anyway, we tackled this within three days. We, I mean, Benjamin really did it. First was removing as much grapefruits as we could. Luckily our cleaning lady Cruz was just finishing up and she was happy to take them, if not all of them if we didn’t tell her we still needed to offer the last bunch to other friends – I was also planning on making grapefruit punch, but of course my ambition talk overrode my calendar because in the end I didn’t have time. 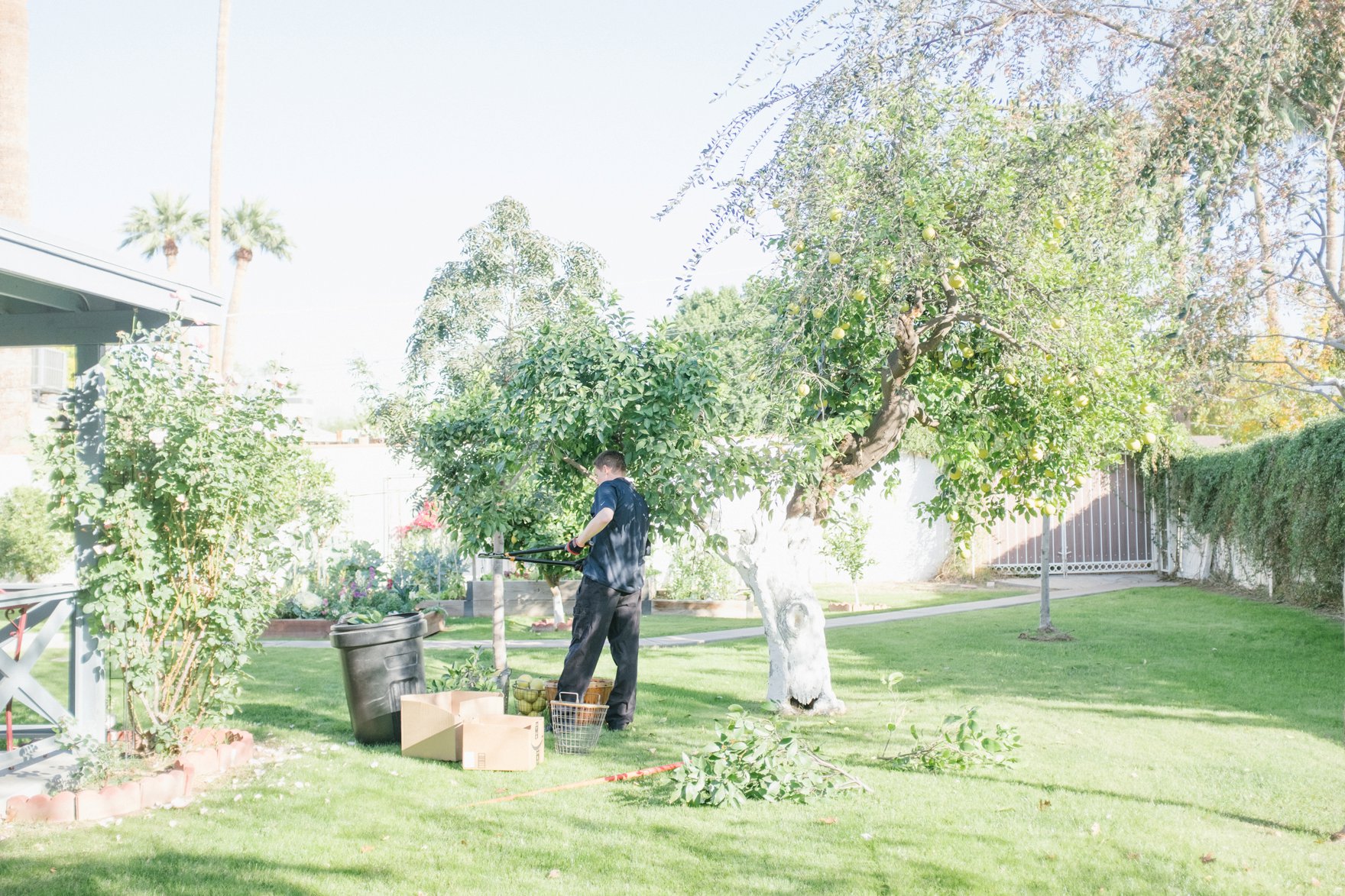 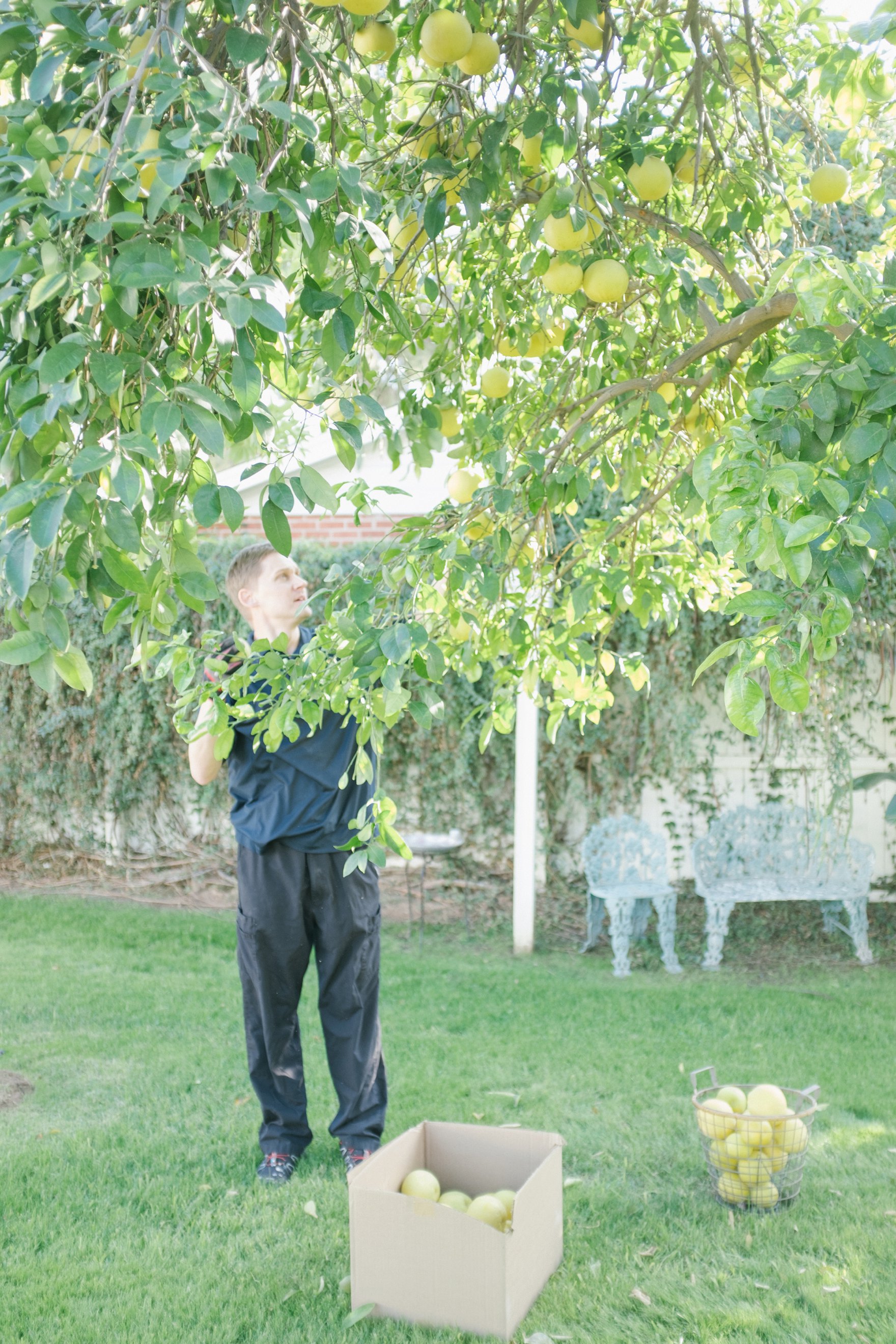 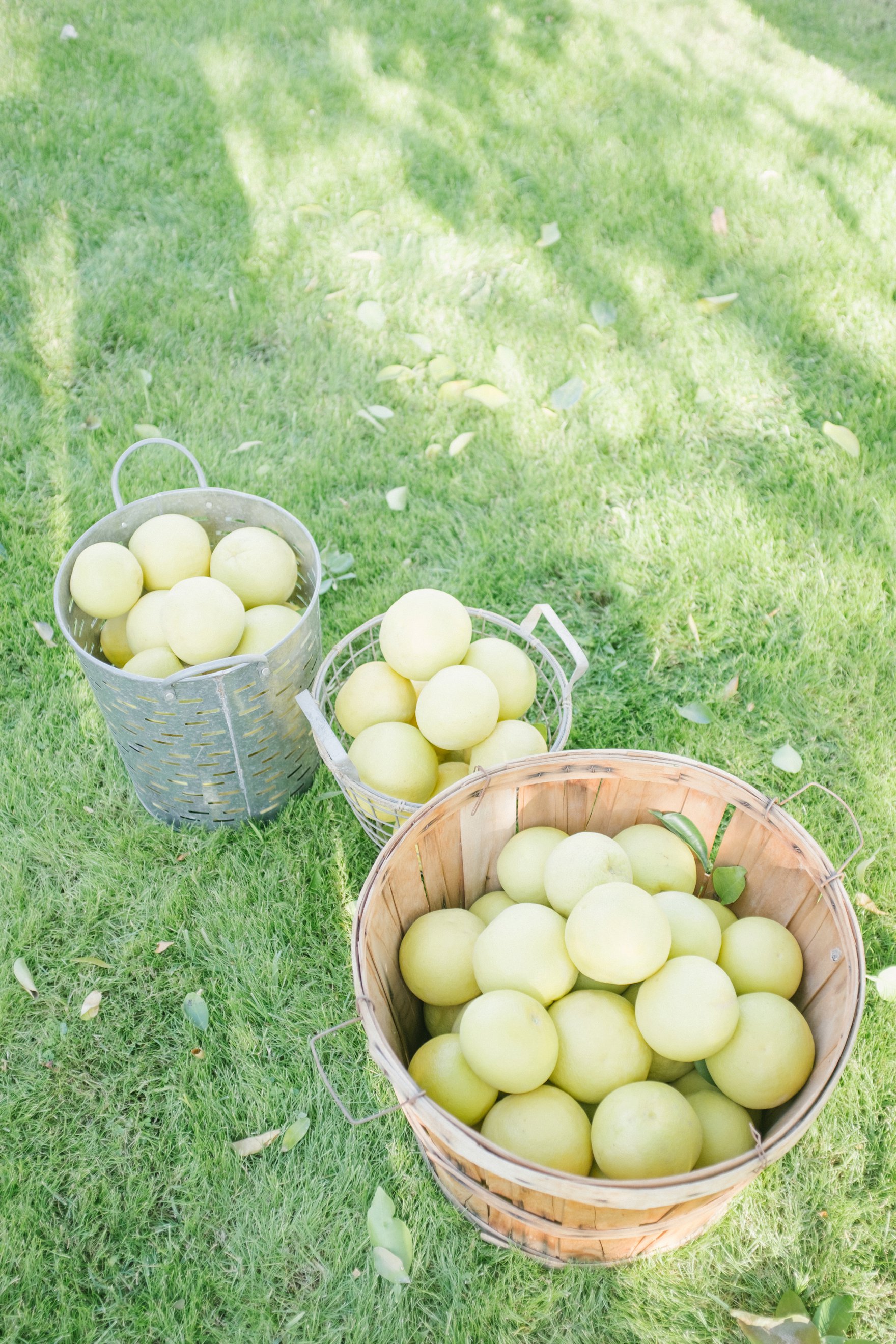 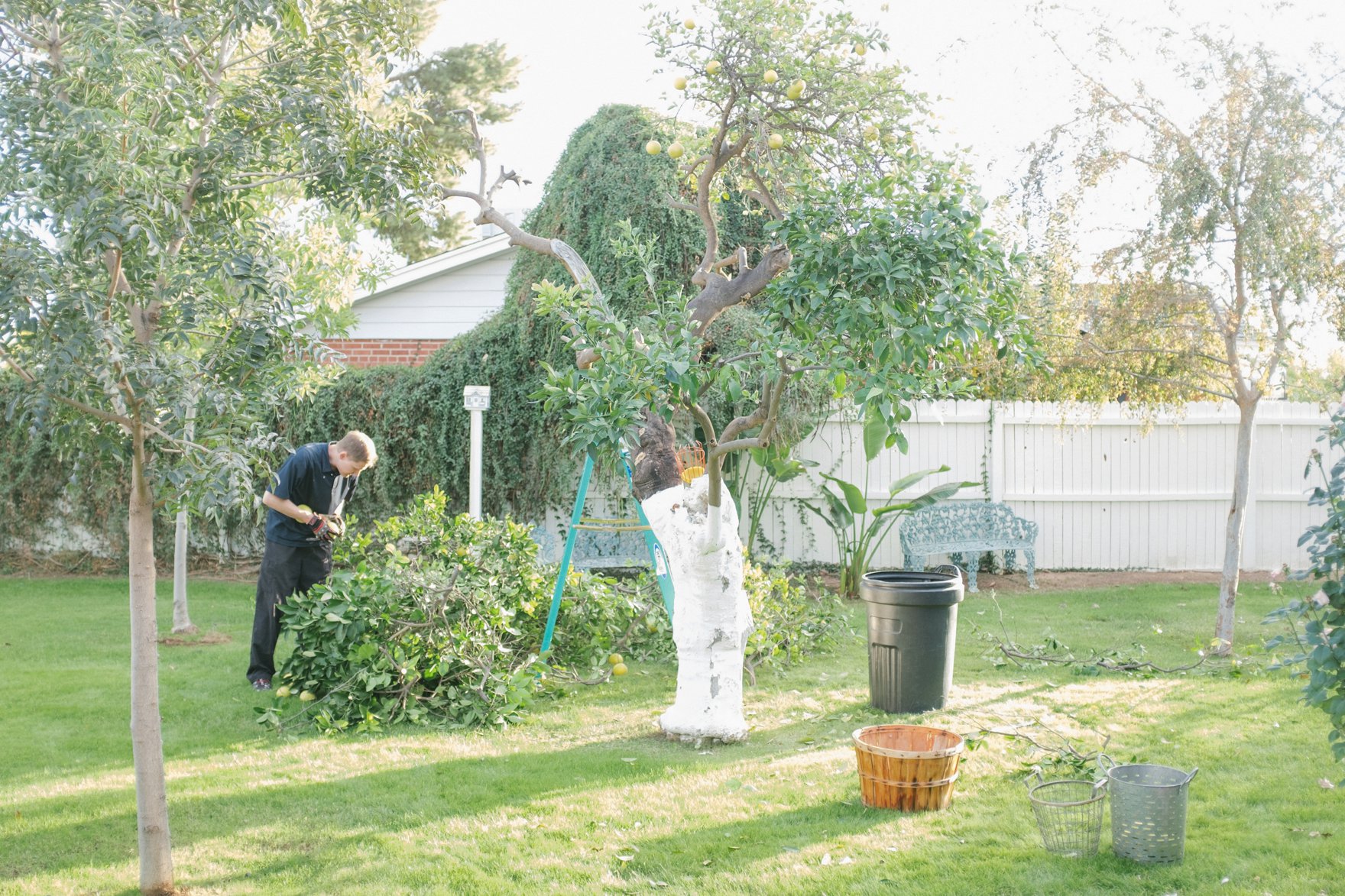 The grapefruits weren’t 100% ripe but we couldn’t wait. Everything has been quite slower this year not sure if it’s the weather but all the green things have yet to take a  hint it’s winter! Once we unloaded most of the grapefruits the limbs came down.

The most tedious part is cutting the branches into smaller ones to dispose of in the alley way. We thought about buying a chipper but why – we pay for help and they cut it down and we can do the same so we don’t do much yard work once we hired some professionals. 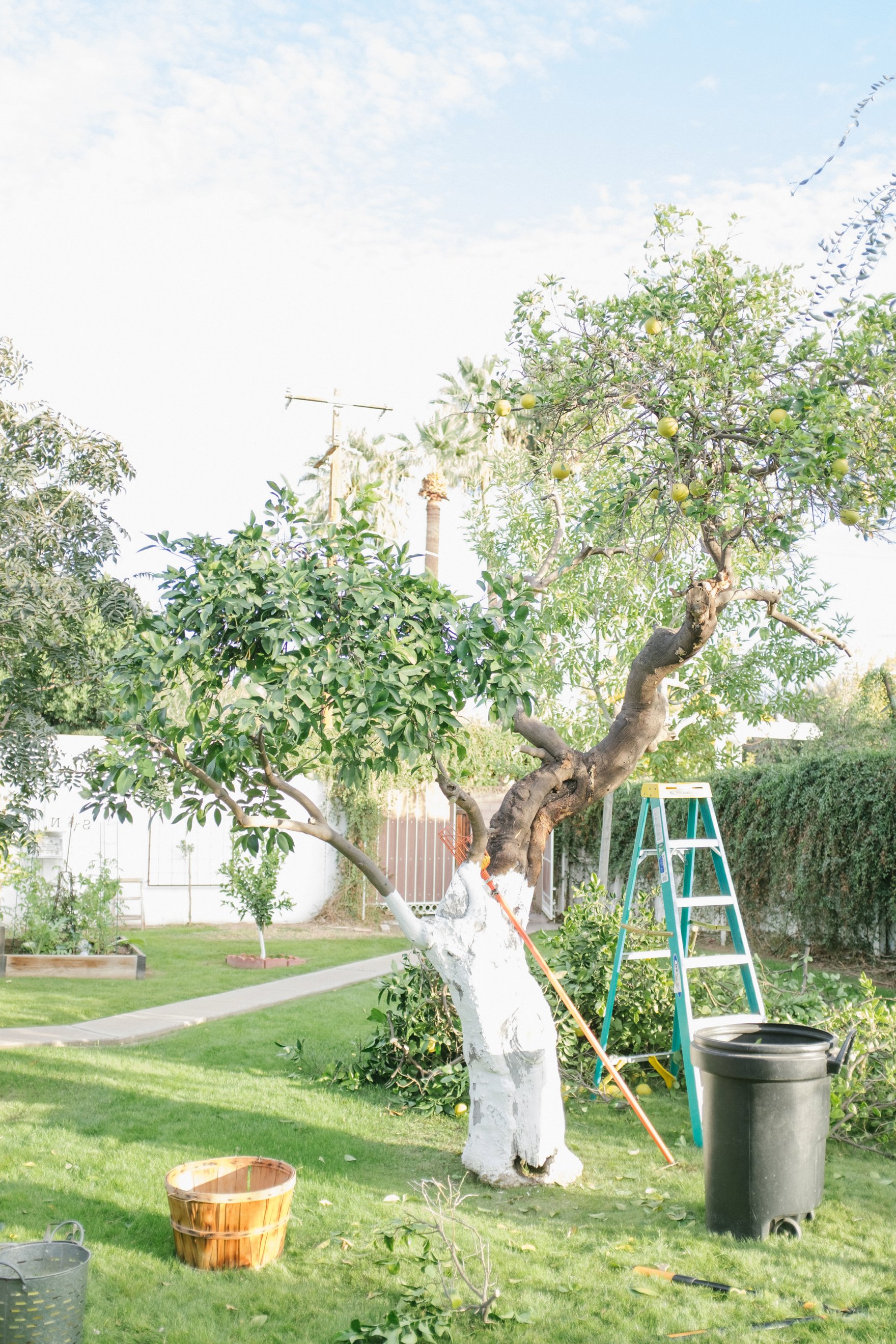 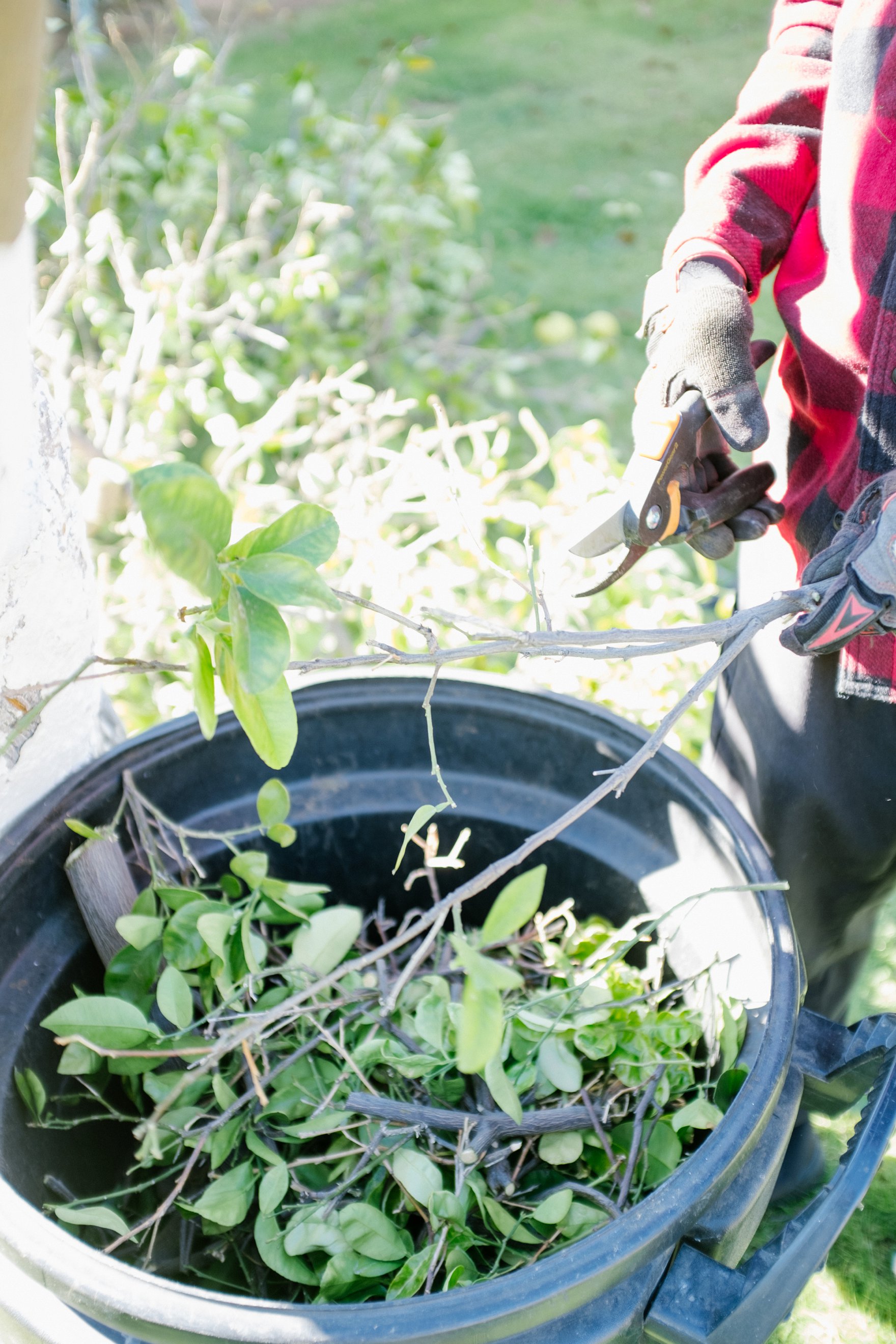 I had to run off to an eyelash appointment that I completely forgot about until I got a text asking if I was there. Argh! I took off and returned to this – 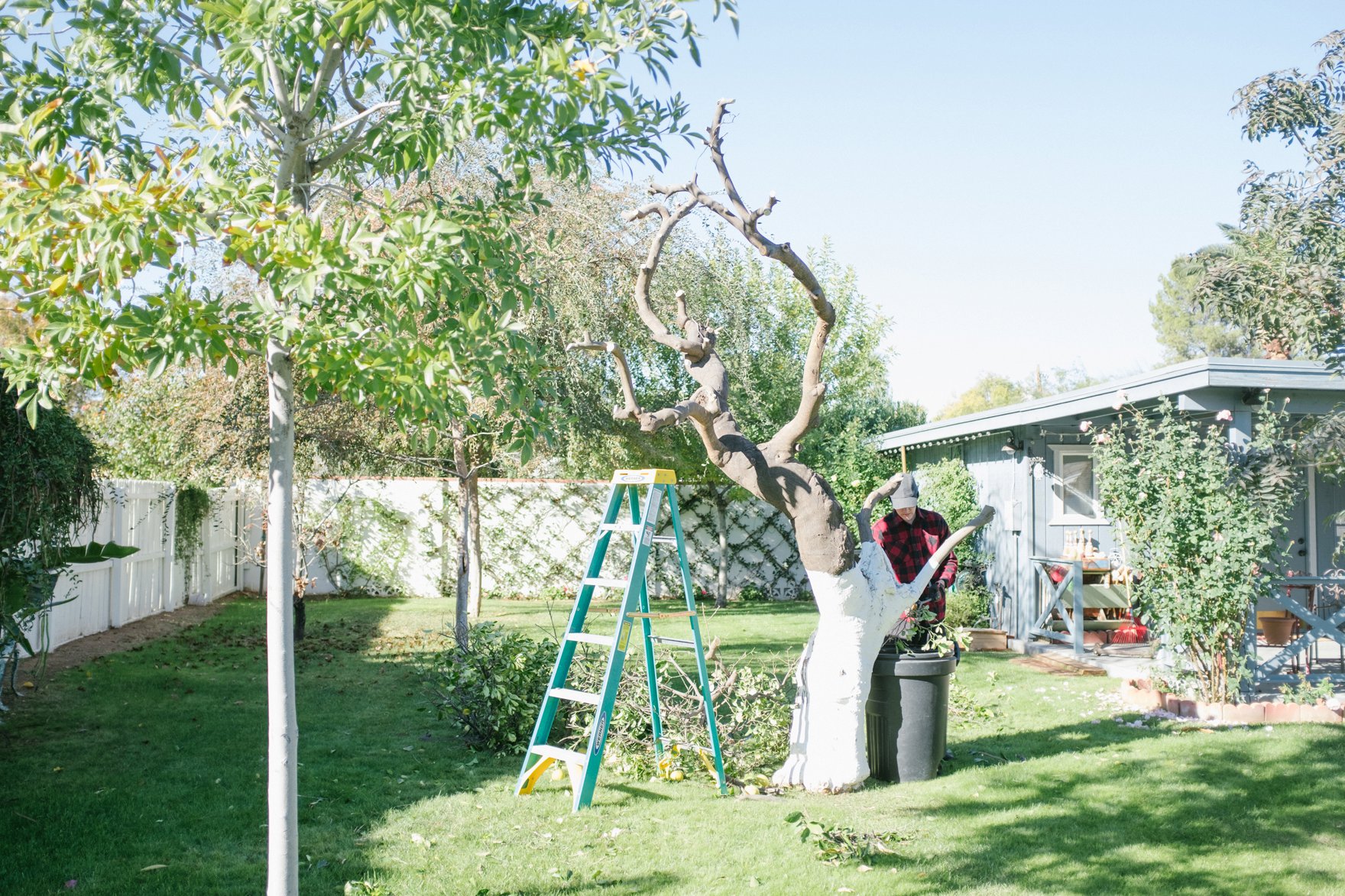 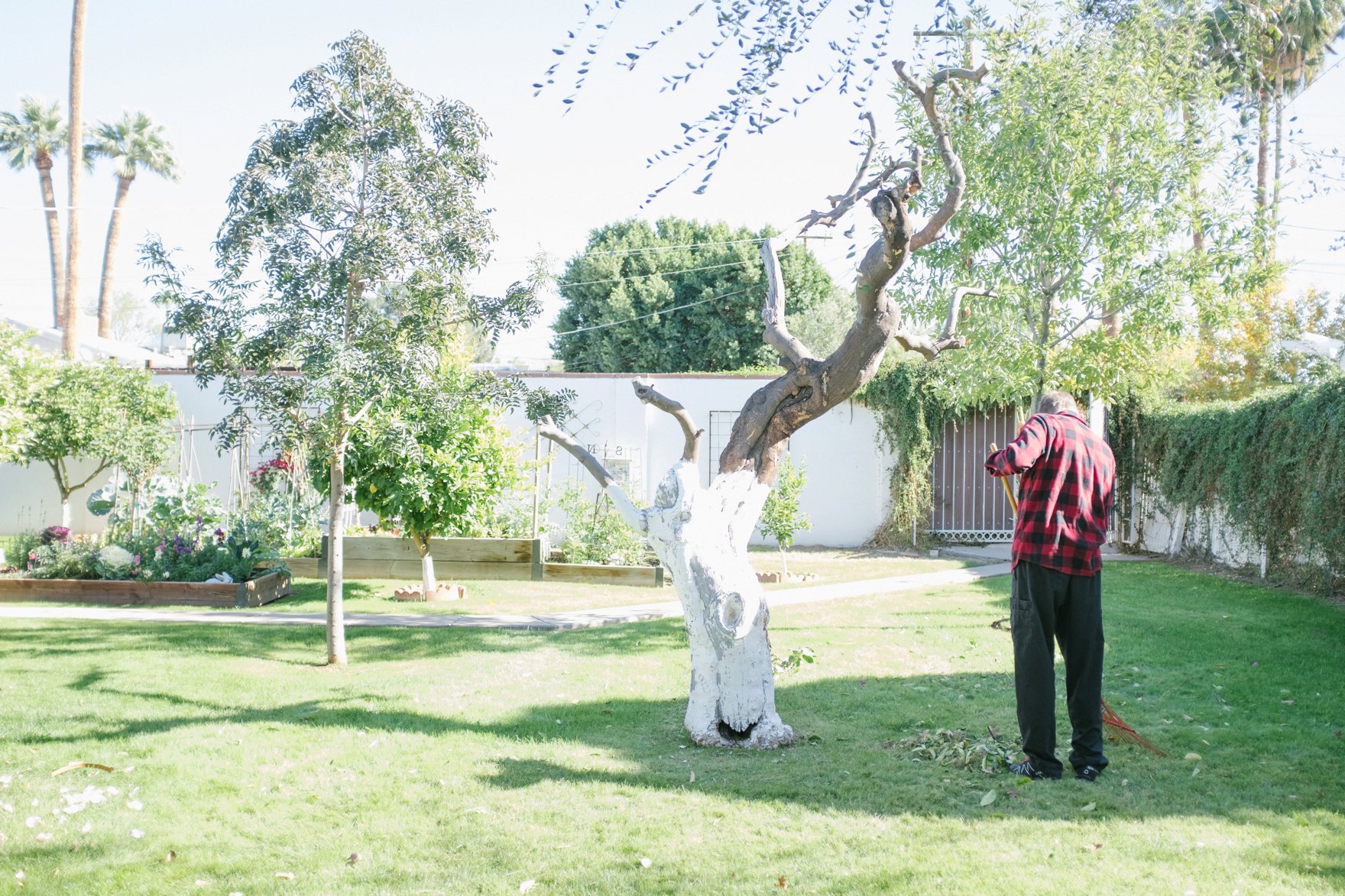 And that was the end of day 1.

Day 2 was more a chainsaw day for Benjamin, you know me worried quite concerned about the chainsaw breaking again. You can see how the inside was rotting. I don’t think the tree would have fallen over it’s so strong but it would just stop producing and be a sight for sore eyes. 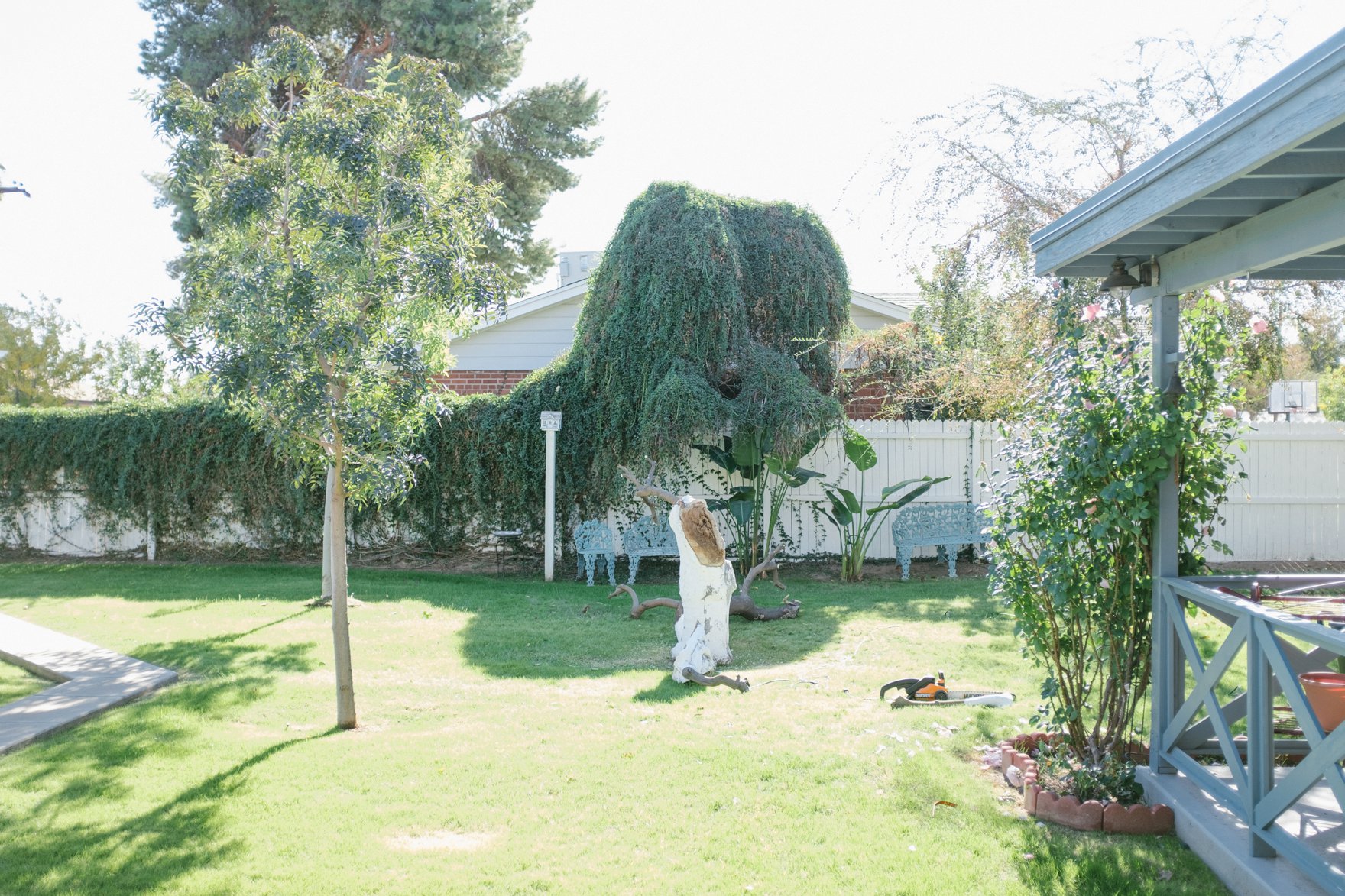 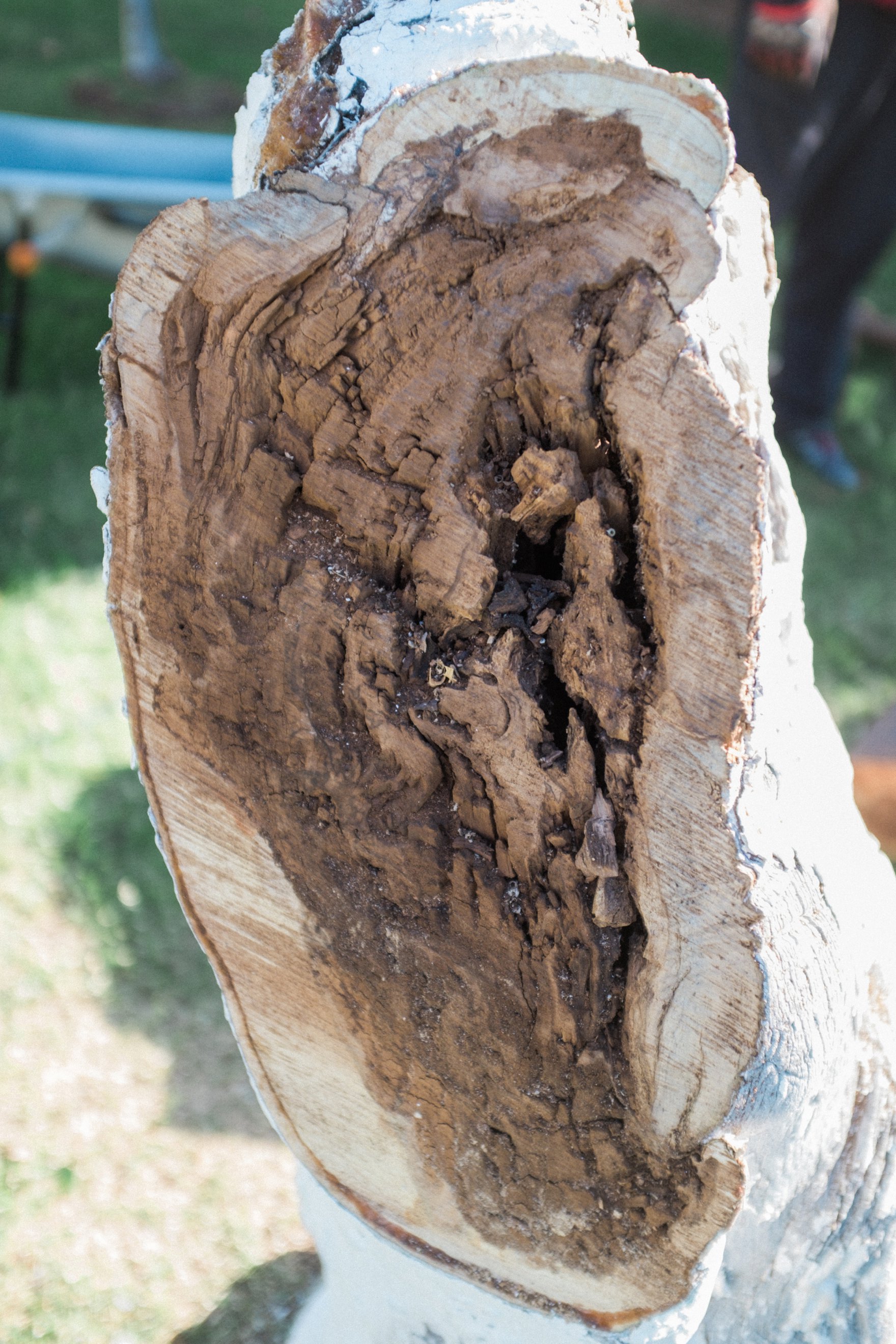 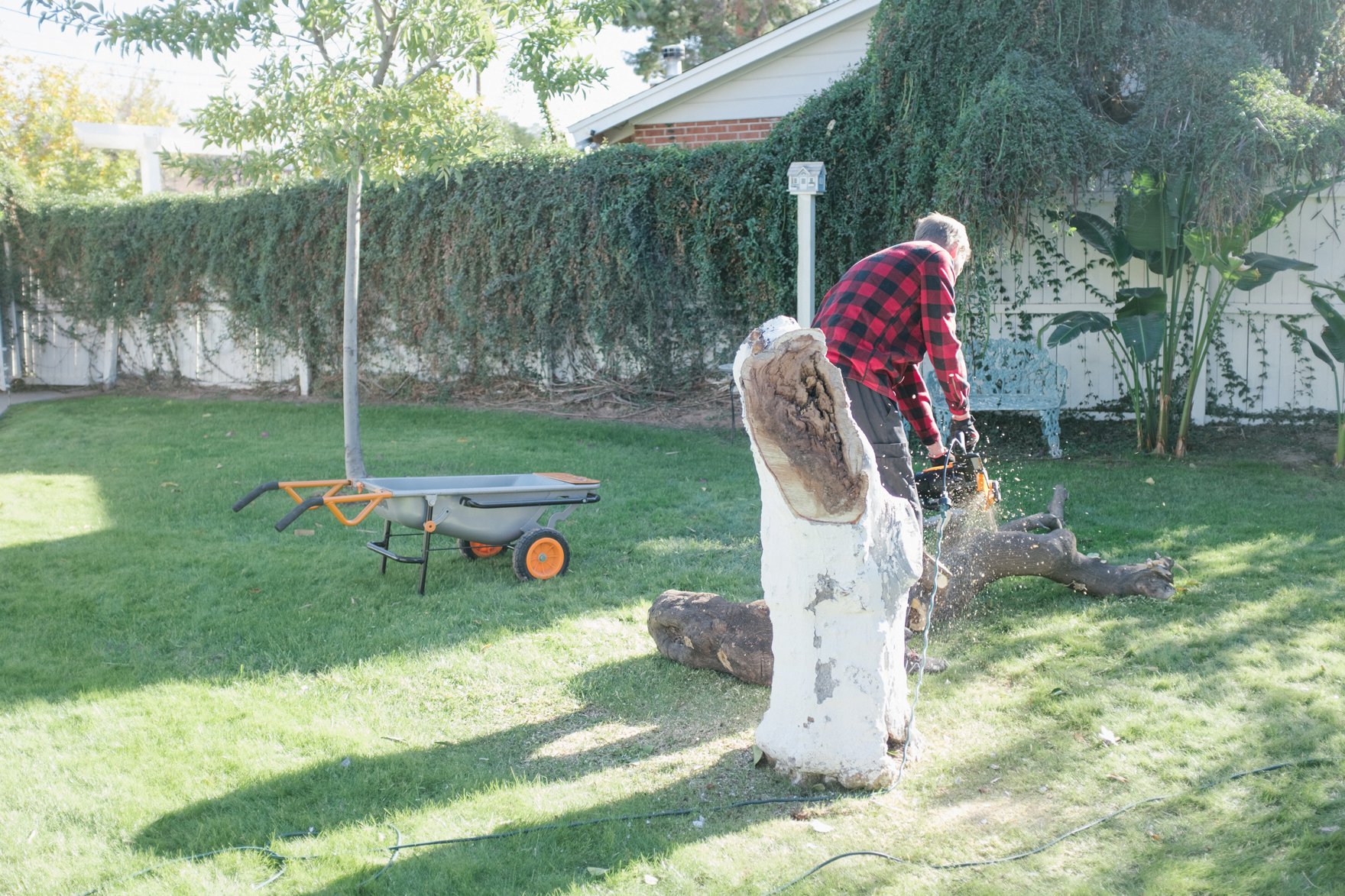 And then the chainsaw broke. LOL.

No, not funny actually. The chain fell off the saw and so Benjamin had to go to Home Depot to rent one for Day 3 to finish the job before we headed back to my hometown in Nor Cal for Christmas. 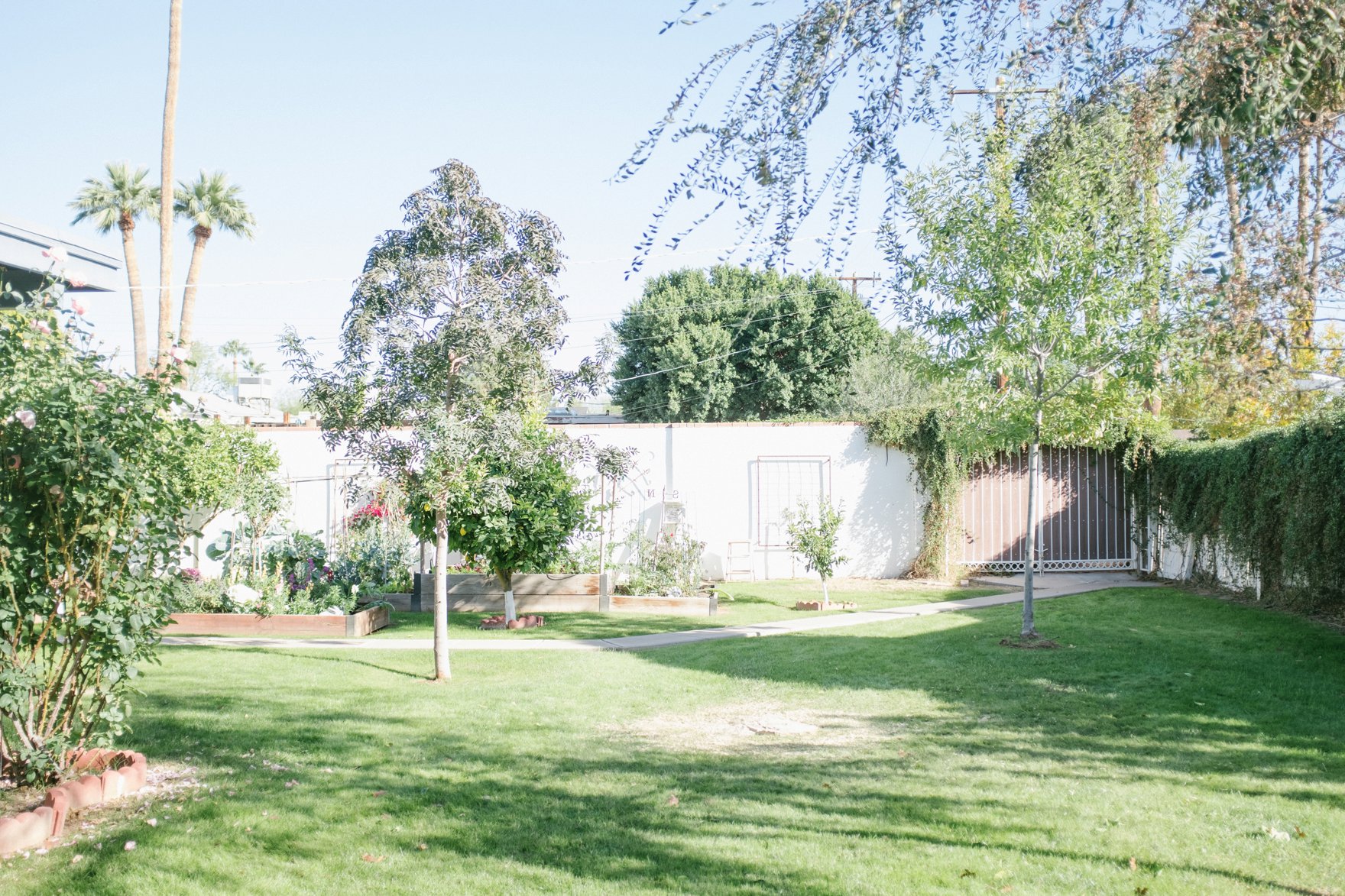 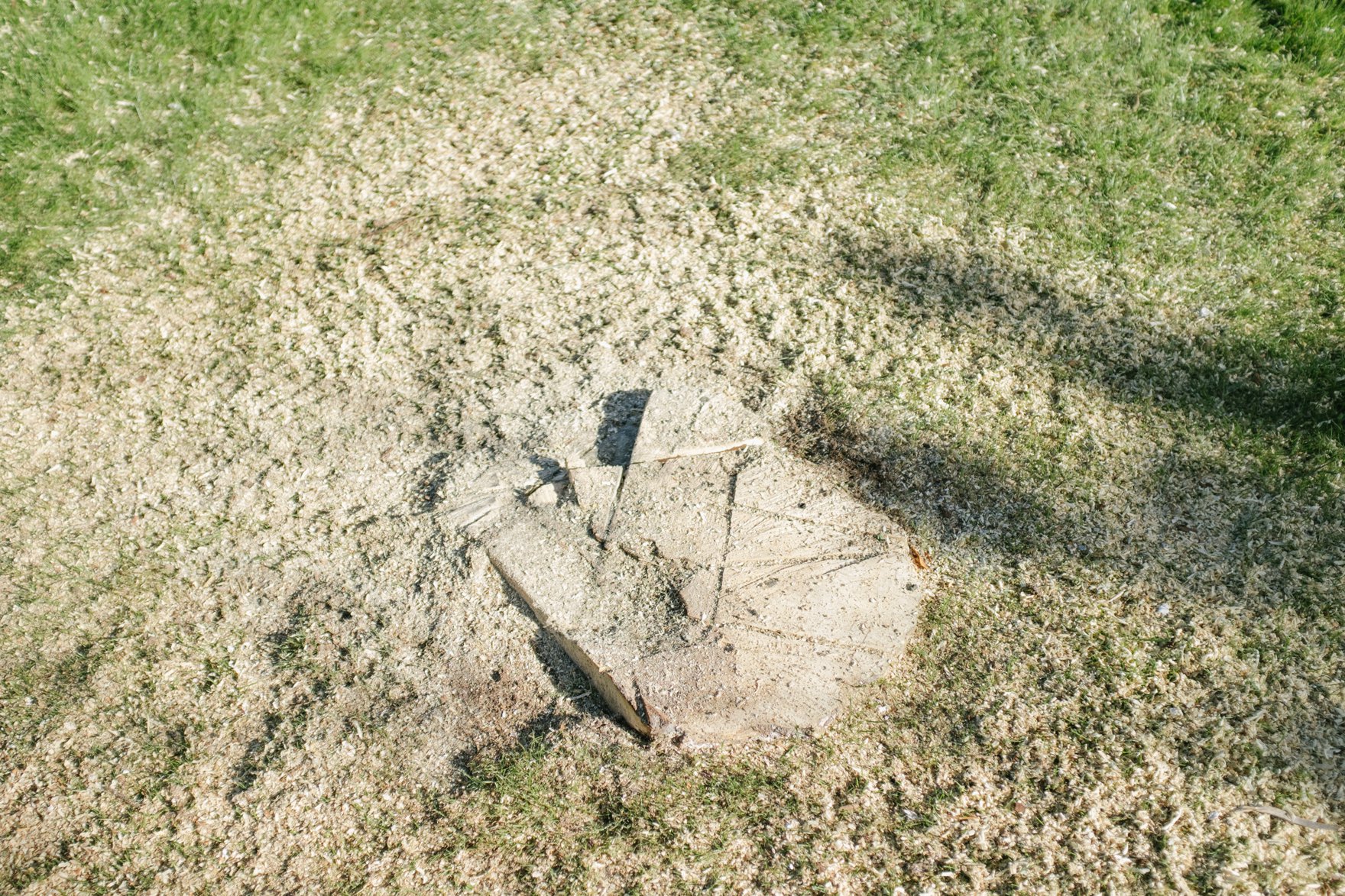 So here we are. Benjamin was pooped, he said it wasn’t going to get much better than this. He asked if he could light it on fire and I said no.

Sometimes I think Benjamin still has an Illinois farm boy mentality. He forgets we live in the middle of the city and hello fire. He’s like, you can stand there with the hose and be ready. Husbands.

If you know how to grind a stump down let me know. I told him to throw dirt on it and some grass seed and call it a day. He then looked at me like I was crazy and said the lawnmower blades would still hit it.  I think if we made a big enough mound that wouldn’t happen. Welcome to our marriage discussions, haha. Anyway, thanks for reading. The space looks so different right? I look out the window from the house and I’m just trying so hard to get used to the new sight. Guess a new year is a good as time as any to get used to change.

There are no comments on Removing the grapefruit tree.