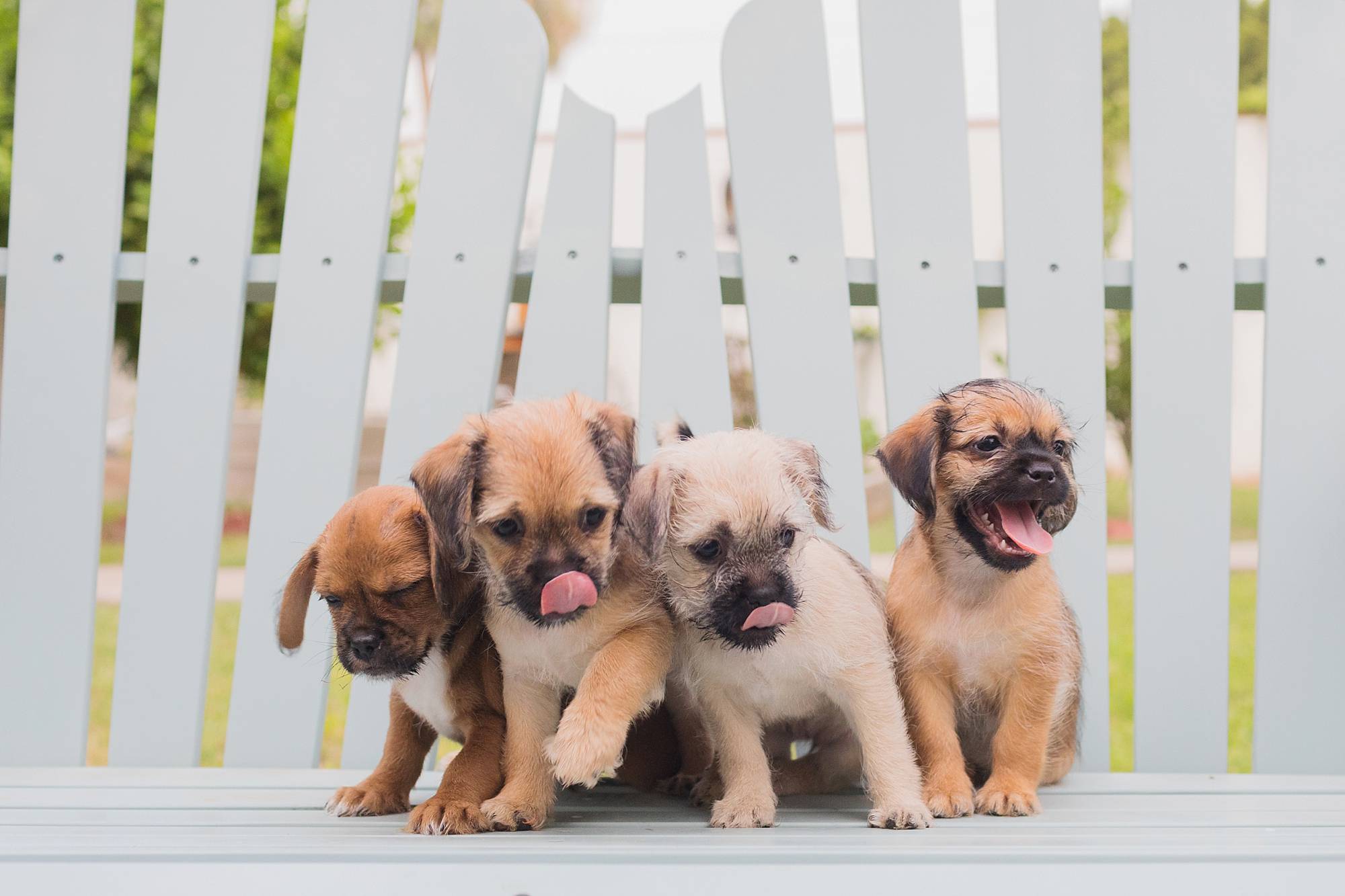 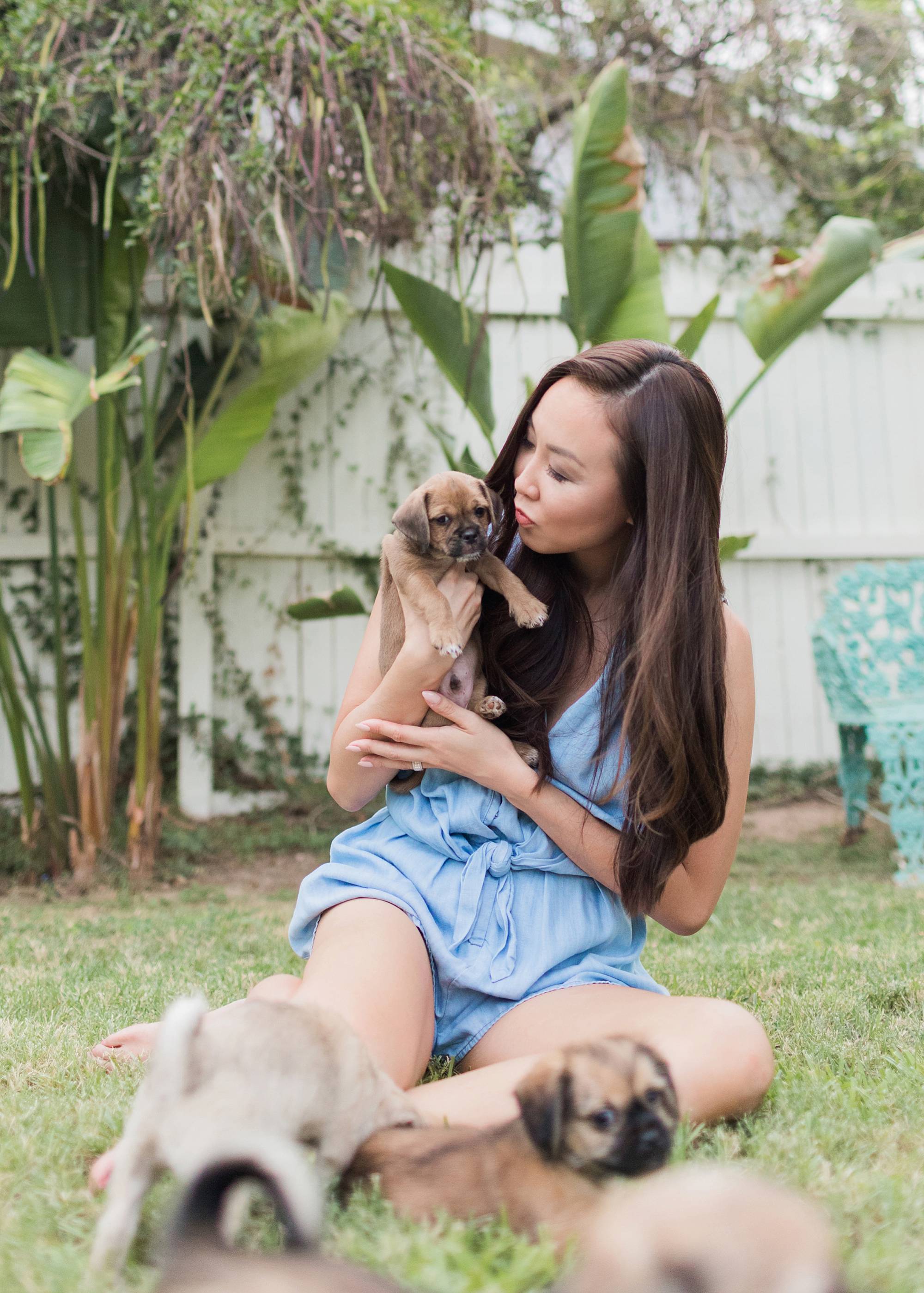 My neighbors’s dog had a litter of puppies and I thought it would make for a sweet shoot to capture such adorableness with a puppy portrait! These little pups will be given away in a week so we had a time crunch and this evening we had to race against an incoming haboob – which is a an intense dust storm (see Google images here). 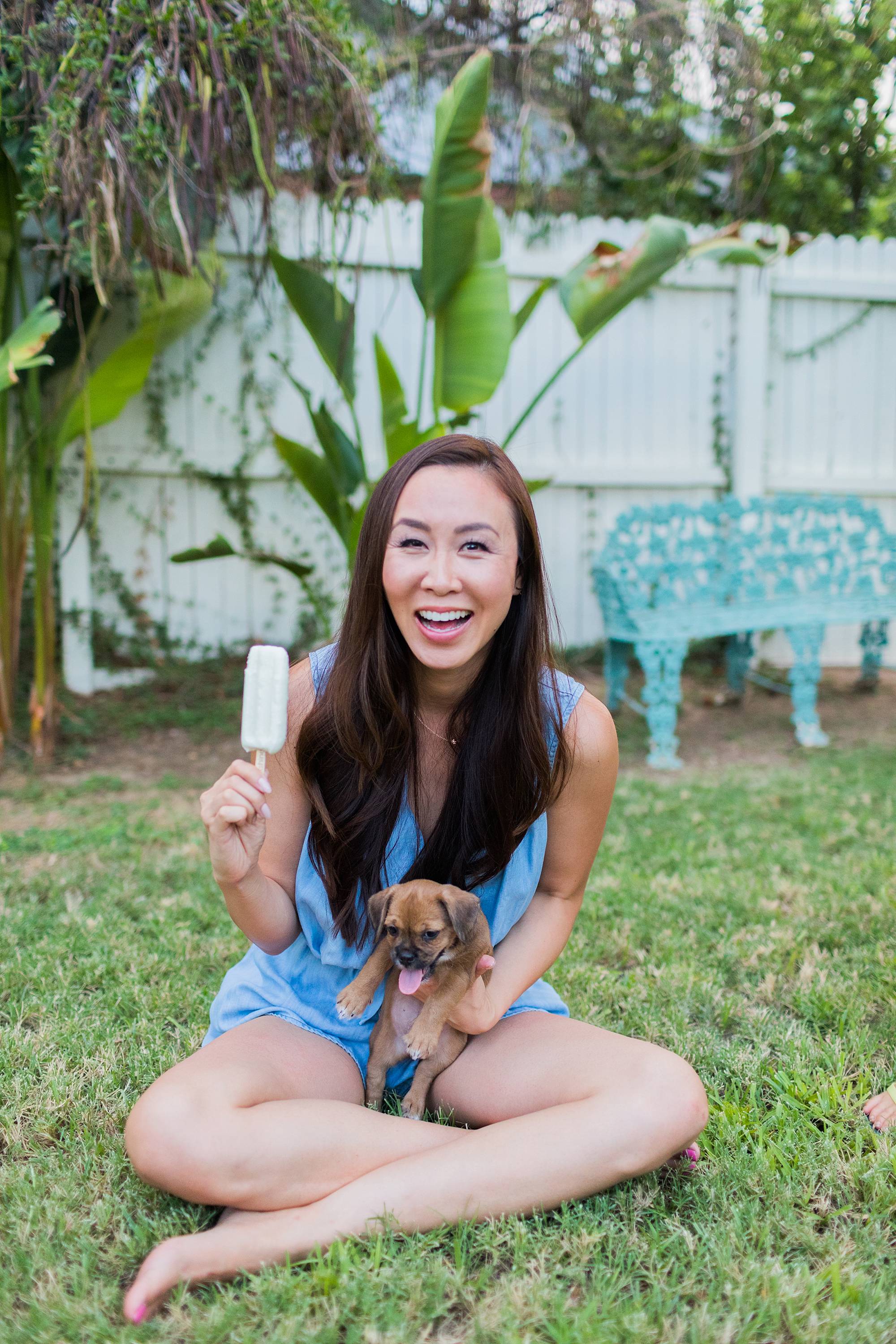 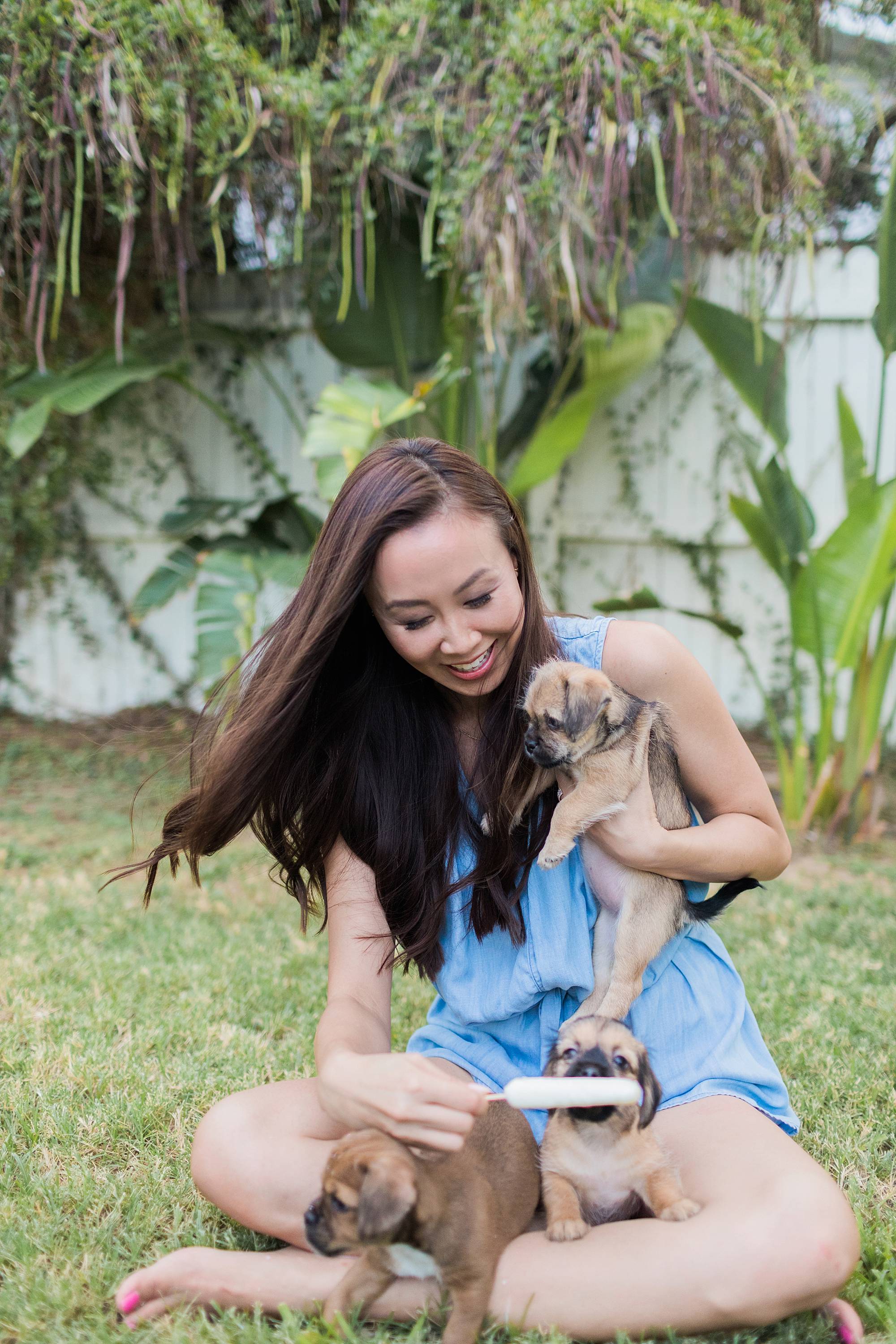 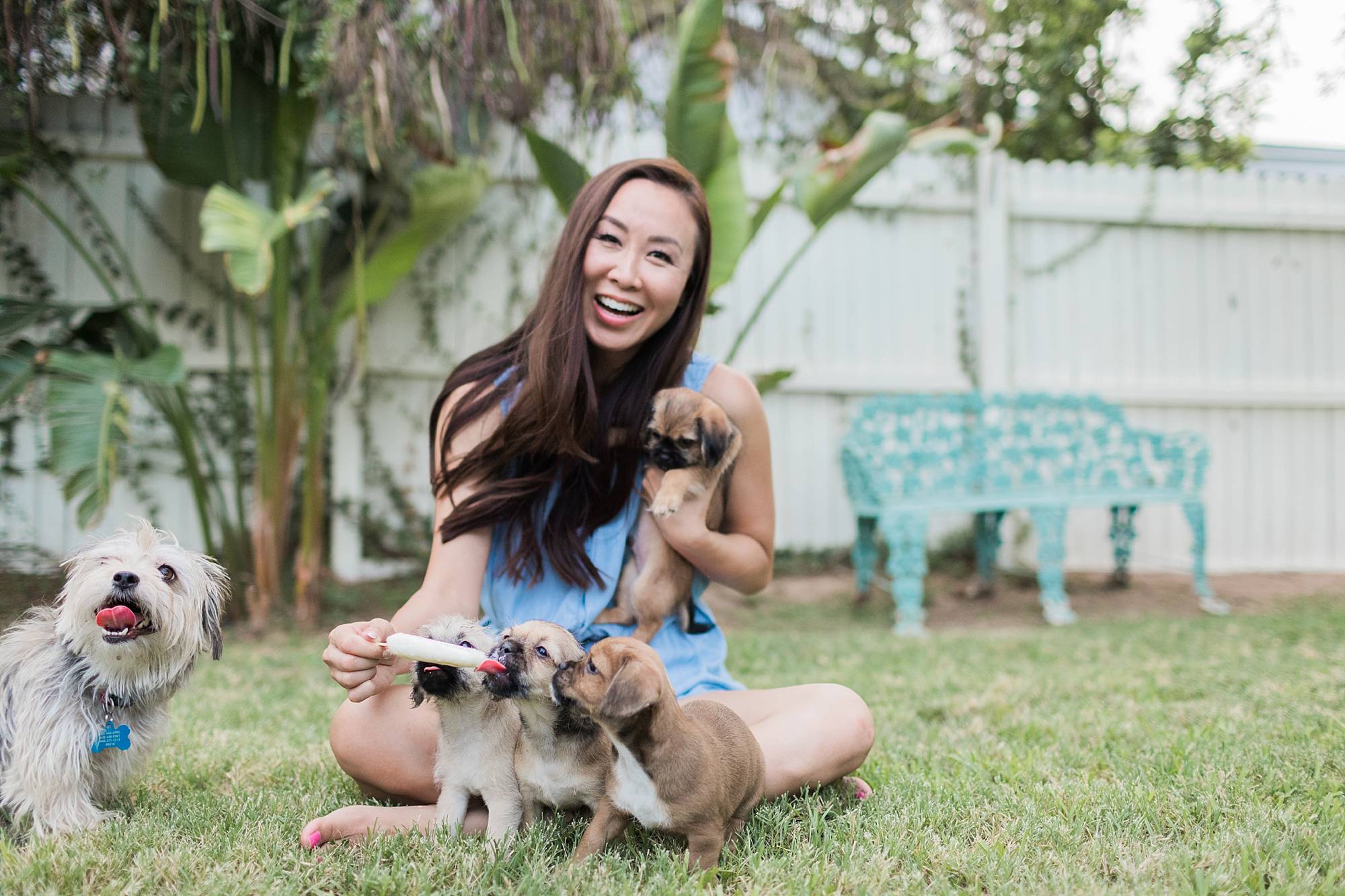 I decided to share my coconut popsicle. I didn’t want to, but I mean, what exactly gets four puppies to sit still? FOOD!

There’s mama Russell (who was a stray and they thought she was a boy and they just kept her name). She was pregnant when they found her so it’s anyone’s guess what breed mixture they are – but no doubt a mixture of cuteness! 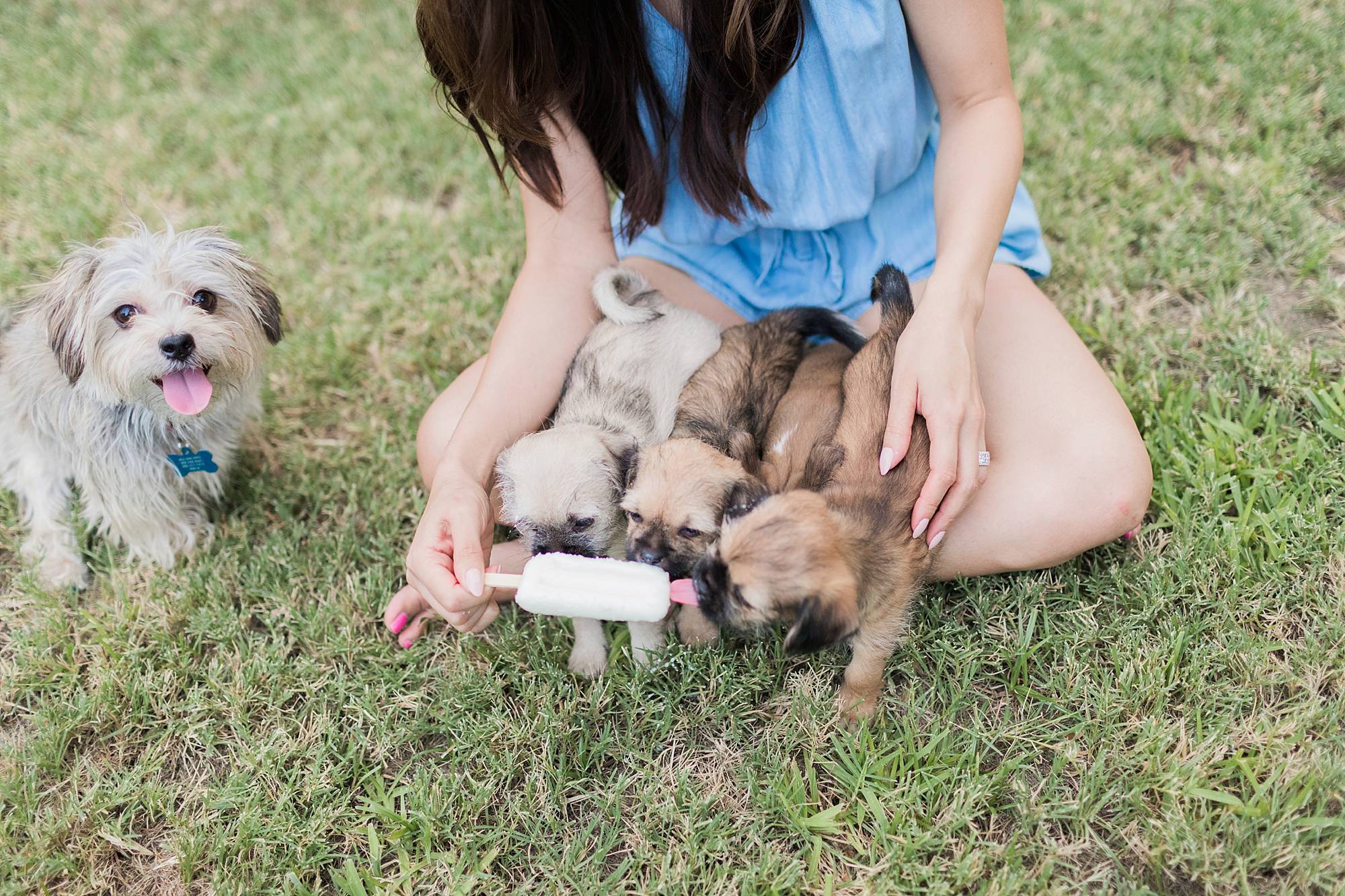 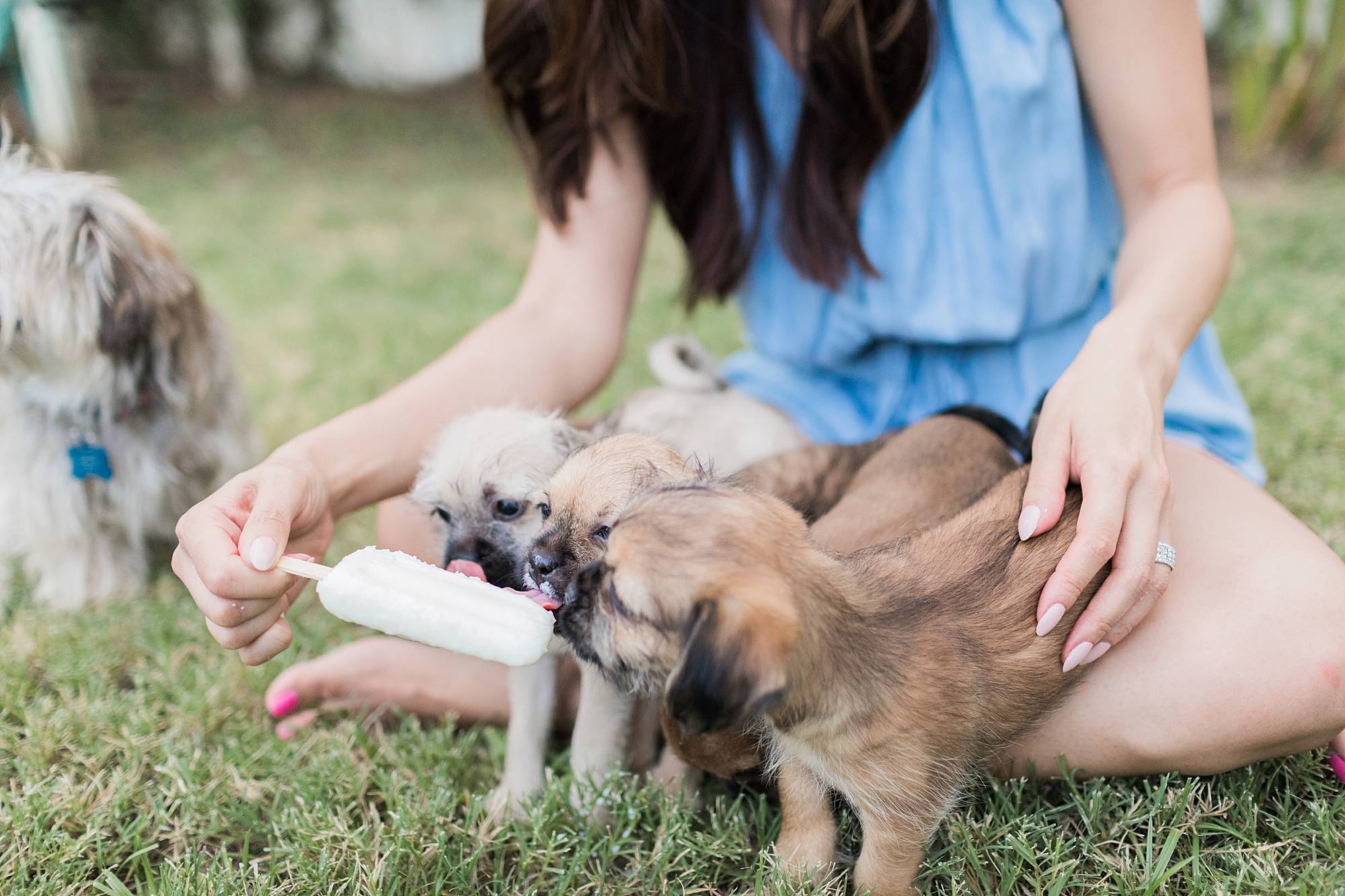 If you want a group shot with puppies, your best bet is to put them a bench and have help, from both sides and snap continuously – haha!

I have puppy fever after I met the cutest yorkie named Henry at one of my Phoenix magazine photoshoots. He stole my heart and he was only two years old. I thought I would love to have a dog again one day, but my heart still terribly misses my Paris. But I’m sure one day we will.

Meanwhile, these little cuties were fun and running around much more now! 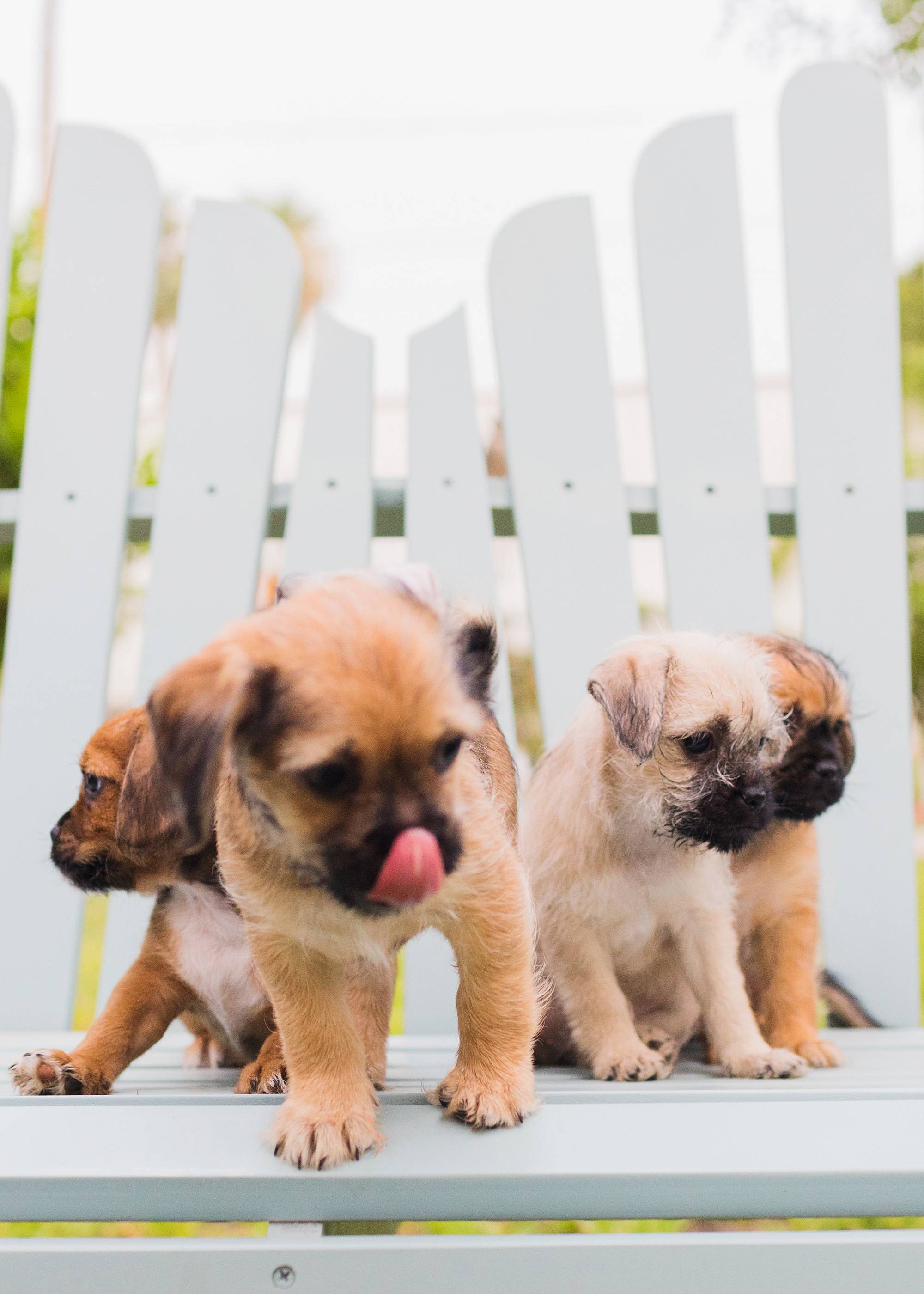 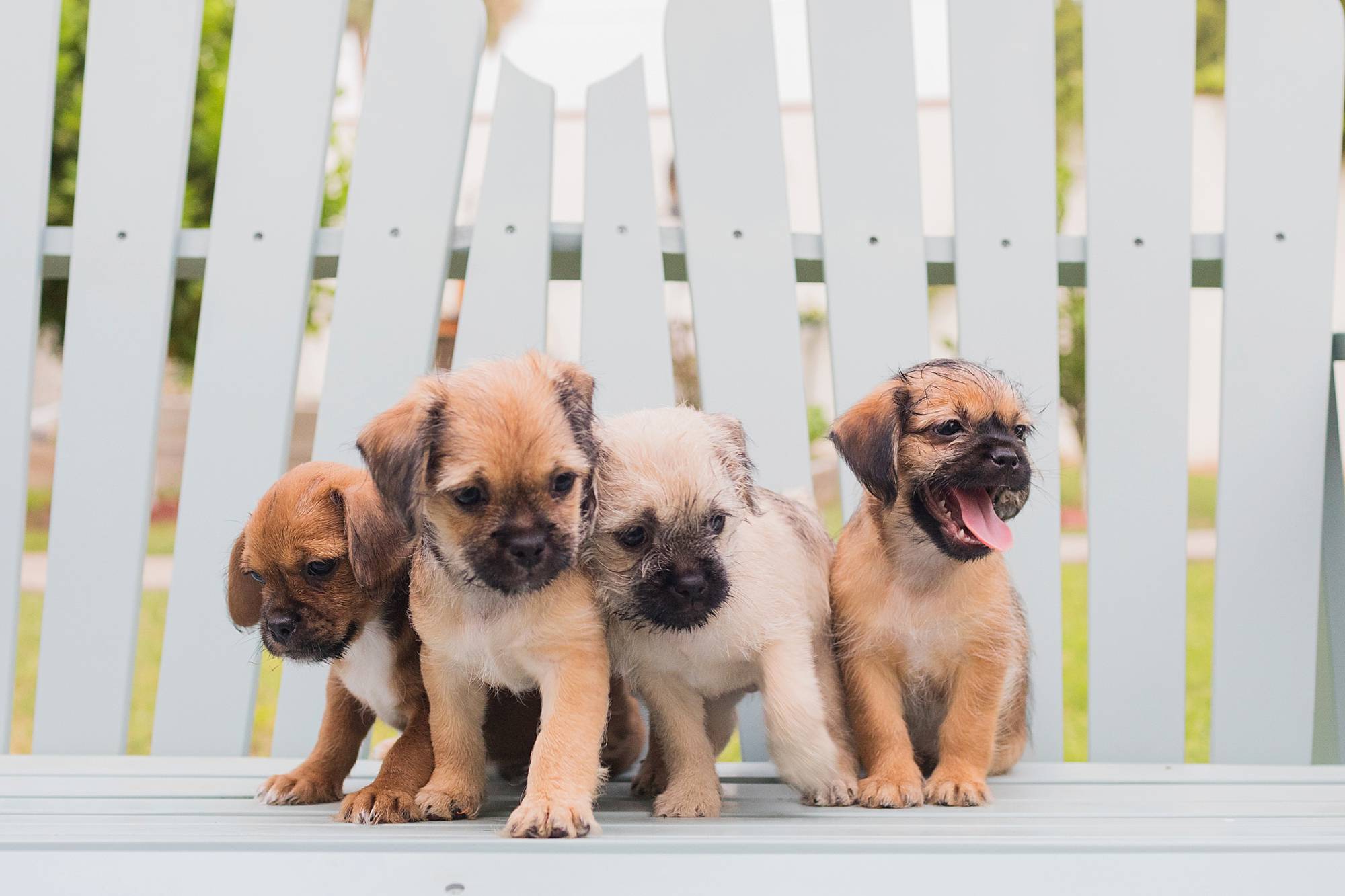 Kids and puppies, can you even? I think everyone should have a photoshoot with their puppies. It’s just too fun! The faces of these pups just crack me up.

It’s like a half-bored, half, what is going on look. 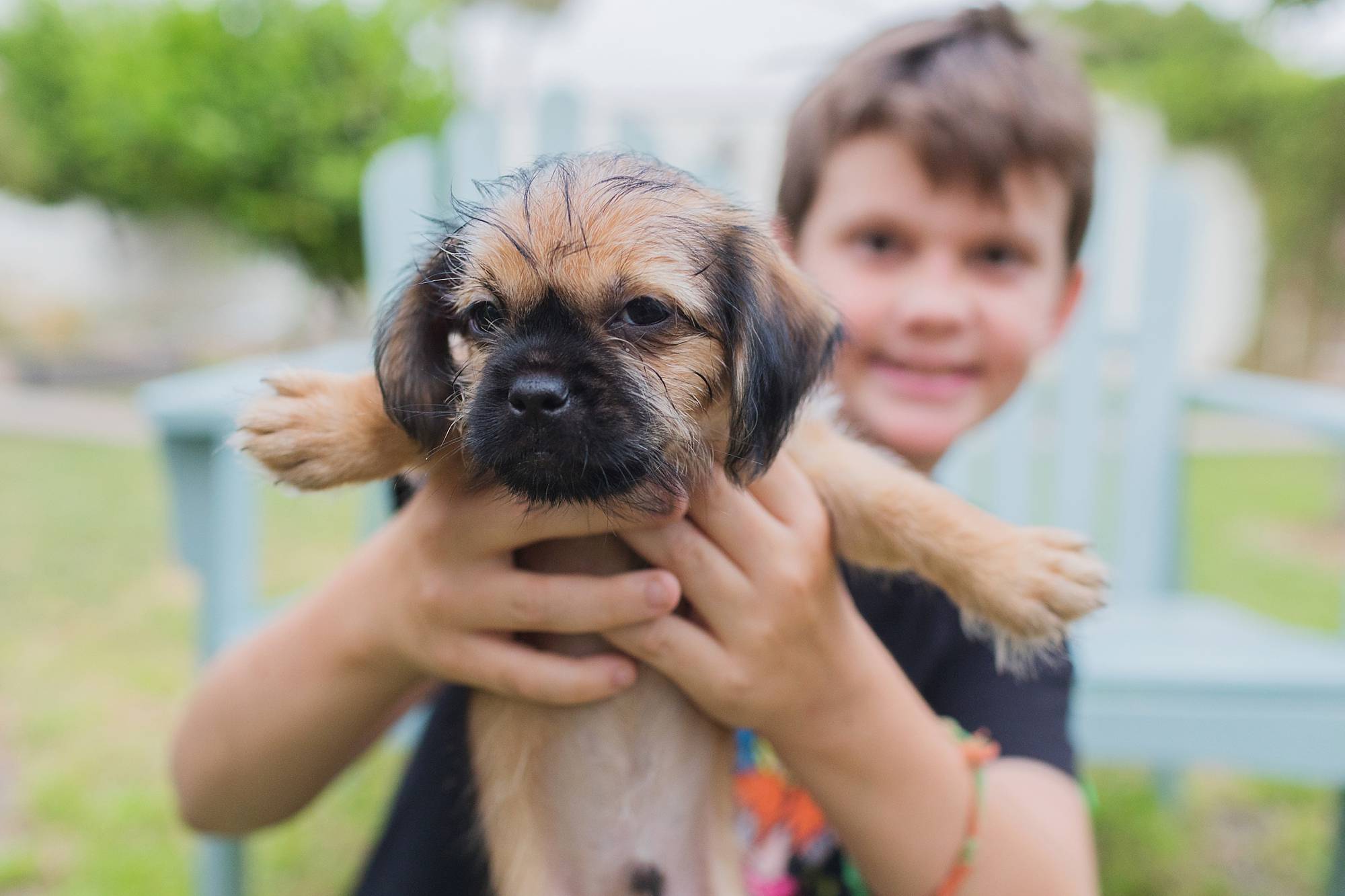 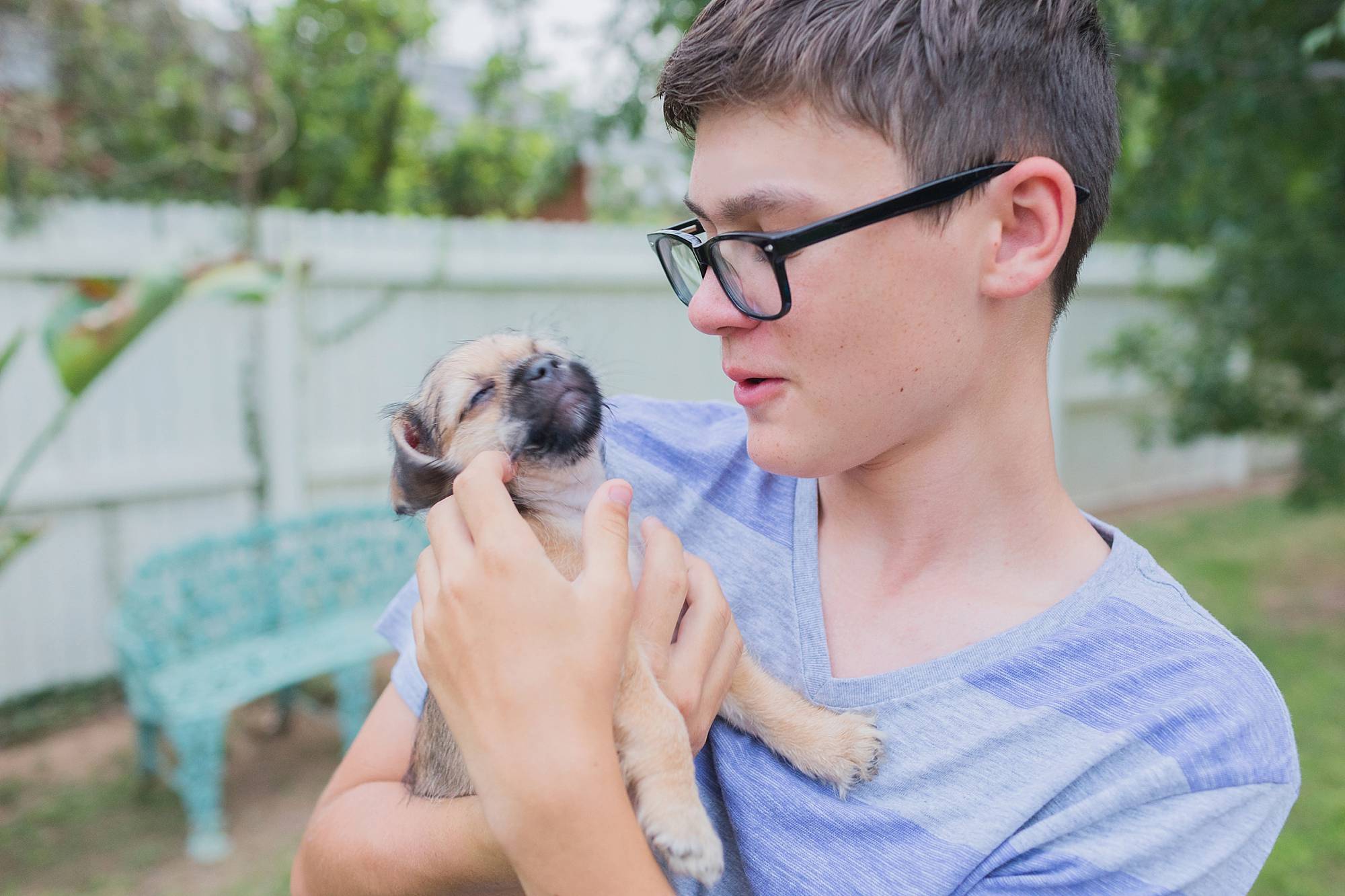 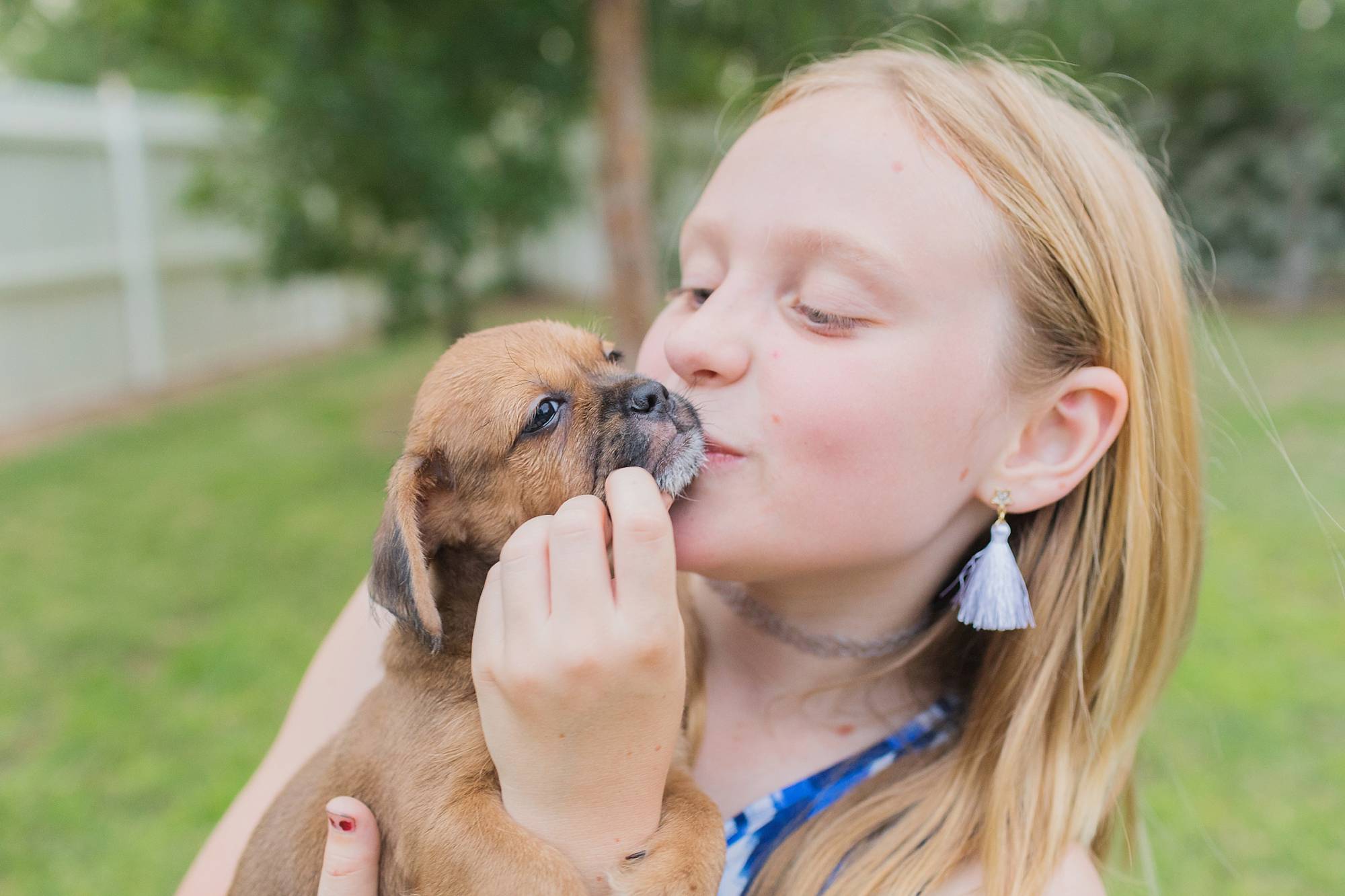 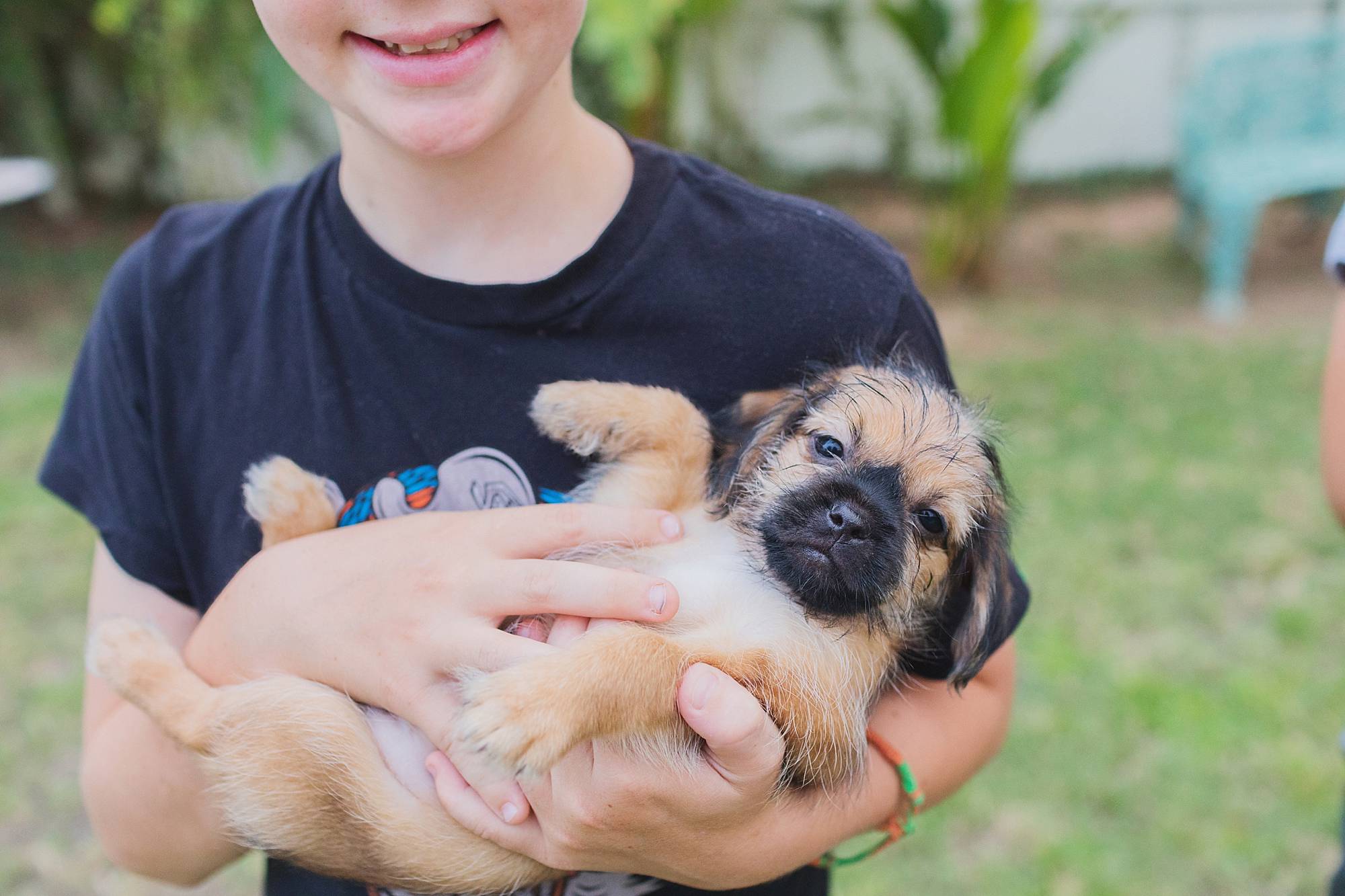 And of course a little bit of bliss because life a dog’s life is good! 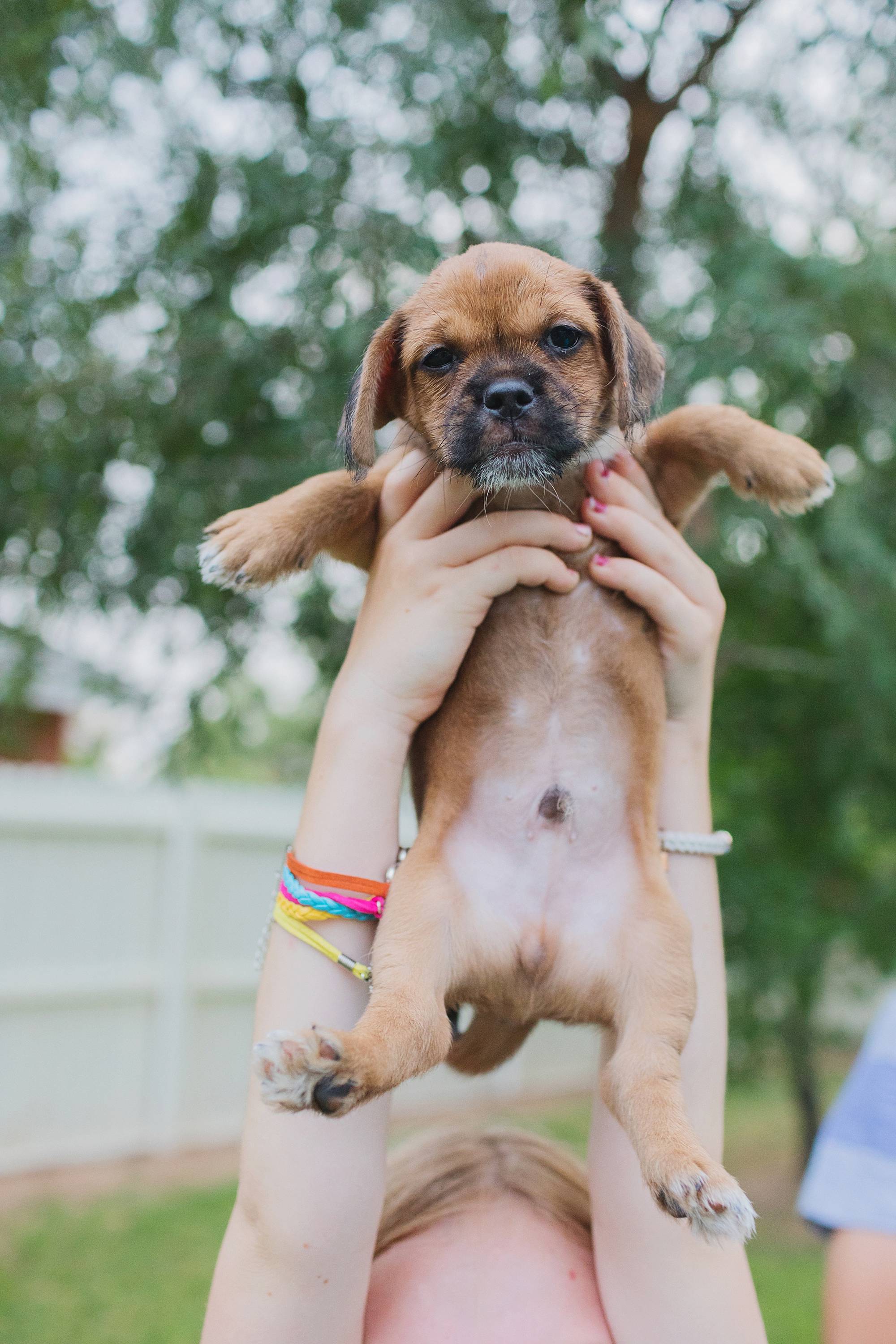