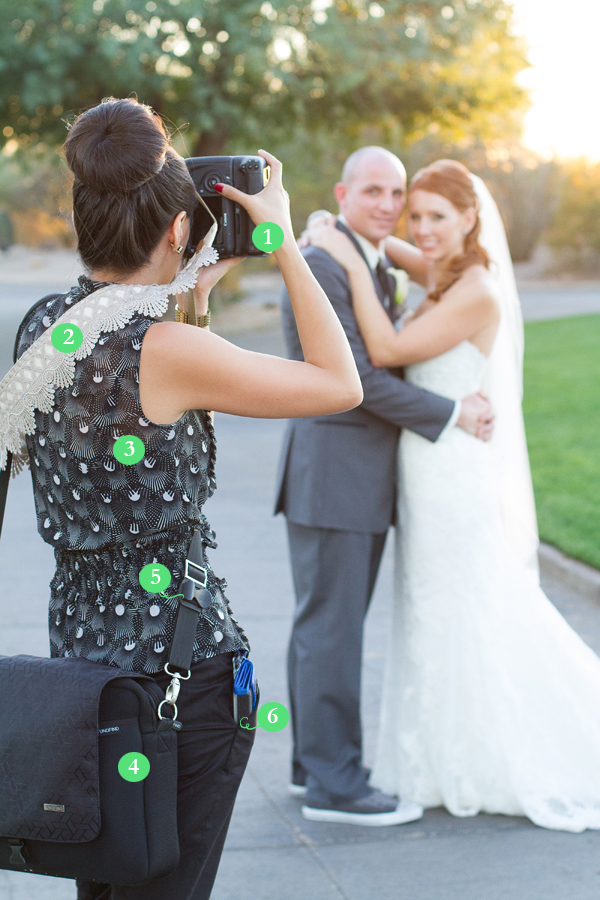 Apparently I like to pose with my hip jetting out like a supermodel at the end of a runway while I’m shooting.

Figured I’d go over some gear that I absolutely love.  For me – functionality overrules pretty.  However pretty has it’s pluses, as you’ll see, I don’t hate the pretty.

What I use while shooting:

I tend to wear my hair up in a bun so it’s out of my face.

Diana Elizabeth says she has another great list of other things that aren’t in this photo.  She’ll do a similar post again.

There are 6 comments on Photography get up.