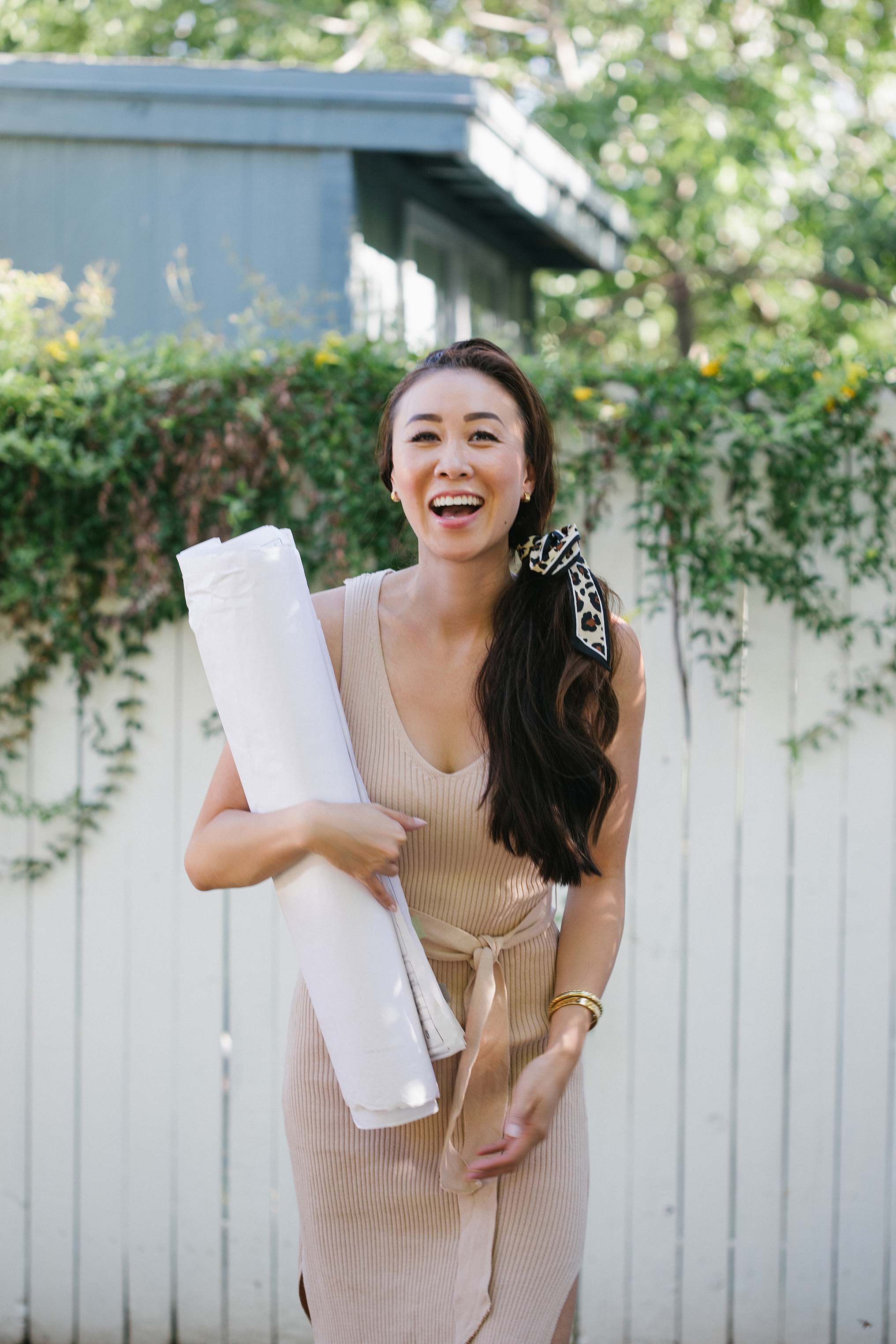 I
can’t believe I’m writing this so soon – but we are ready for the second phase of our home expansion – a two car garage. We’ve been saving since we completed the February 425 sq. ft. garden room expansion with a bathroom (see the outside here). We divided our expansion plans into two phases because of the cost – it was Benjamin’s idea for us to not be overwhelmed or delay the project because saving the cash would take longer and we wanted to move forward with the expansion as soon as we had the money for the room.

The garden room cost us almost twice as much than we anticipated (but we still went ahead with the project and our contract was great and we stayed in budget!). So once the expansion room project was completed, we began to immediately save up for the garage project. We actually thought we would pursue it in 2 years, but was told our permits that we already paid for actually expire! And so, we must get this done by August 2020.

Praise God, we’ve been blessed with the discipline of living below our means (I still could get so much better gah), the opportunity to work, and we feel like this is a good time to push forward with the “open air” two-car garage. Basically there will be no back to the garage, and it will be open so you can drive through to where our cars are now. From the front, it will look like a normal garage. I’ve seen these in other homes in the South and our space planner Celeste with Form 180 said she saw them in Hawaii after I mentioned it.

Here is a design layout as you can see. 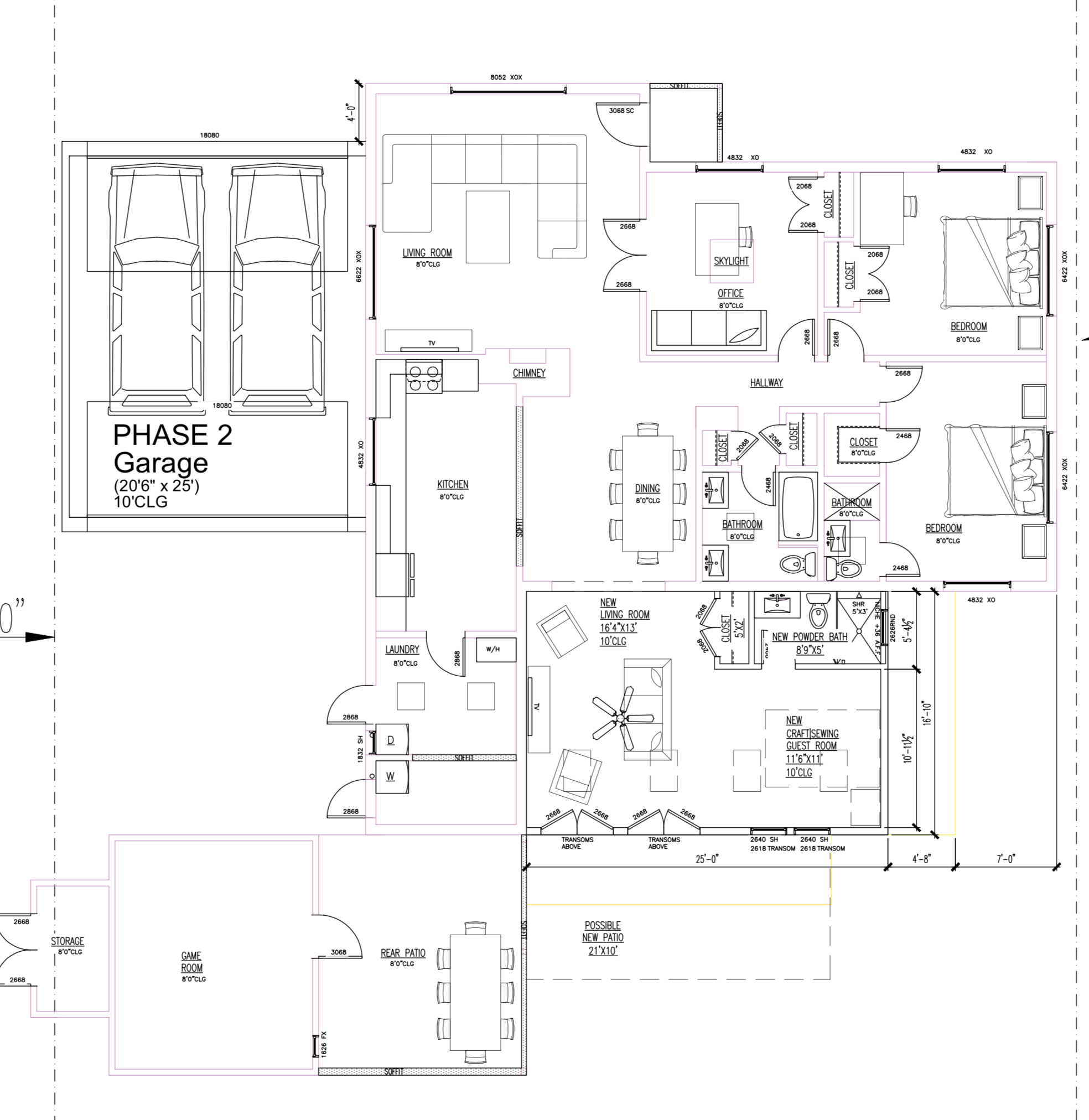 We will be closing up the living room window because a window looking out under a carport/garage isn’t a design envy for anyone. It will mean our only window is the one facing north that I keep the bamboo shades down because I’m so afraid pulling it will make it fall out of the window frame. (Long story, I don’t think it was installed correctly).

This is what the front of the house will look like –

The roof line elevation will change and be equal to what we have (in the back the expansion roofline cannot be seen from the front.

The changes that will occur once we have a garage

My kitchen window will no longer look out at the neighbors across the way, instead, the view straight ahead can be a new garden area. To the right, you will still see our cars parked which doesn’t bother me because that’s pretty much the view I have now only a car directly parked in front and this way, I won’t have any!

My primary reason for wanting this open back garage is because closing off the walls would just mean a hot box in Phoenix since we’re pushed the garage forward and there is no direct door into the house. Our main entrance that Benjamin and I use to our house is actually through the laundry/mudroom which is closest to the kitchen. I didn’t want a closed garage because it would be like exiting a door, going another door to get into a hot car then opening the garage door. The main reason we want a garage is curb appeal, no more tandem parking (SO annoying), security – AND to cut down on the front landscape that Benjamin has been hating.

As for our guests, VIP as I call them, it might mean they may start to enter through the front door (don’t worry besties, you’re still VIPs to us). Sometimes I feel like Durant’s or LGO Grocery, the regulars all know to come through the side door, lol. But I do think it’ll be nicer to have people come through one entrance now. 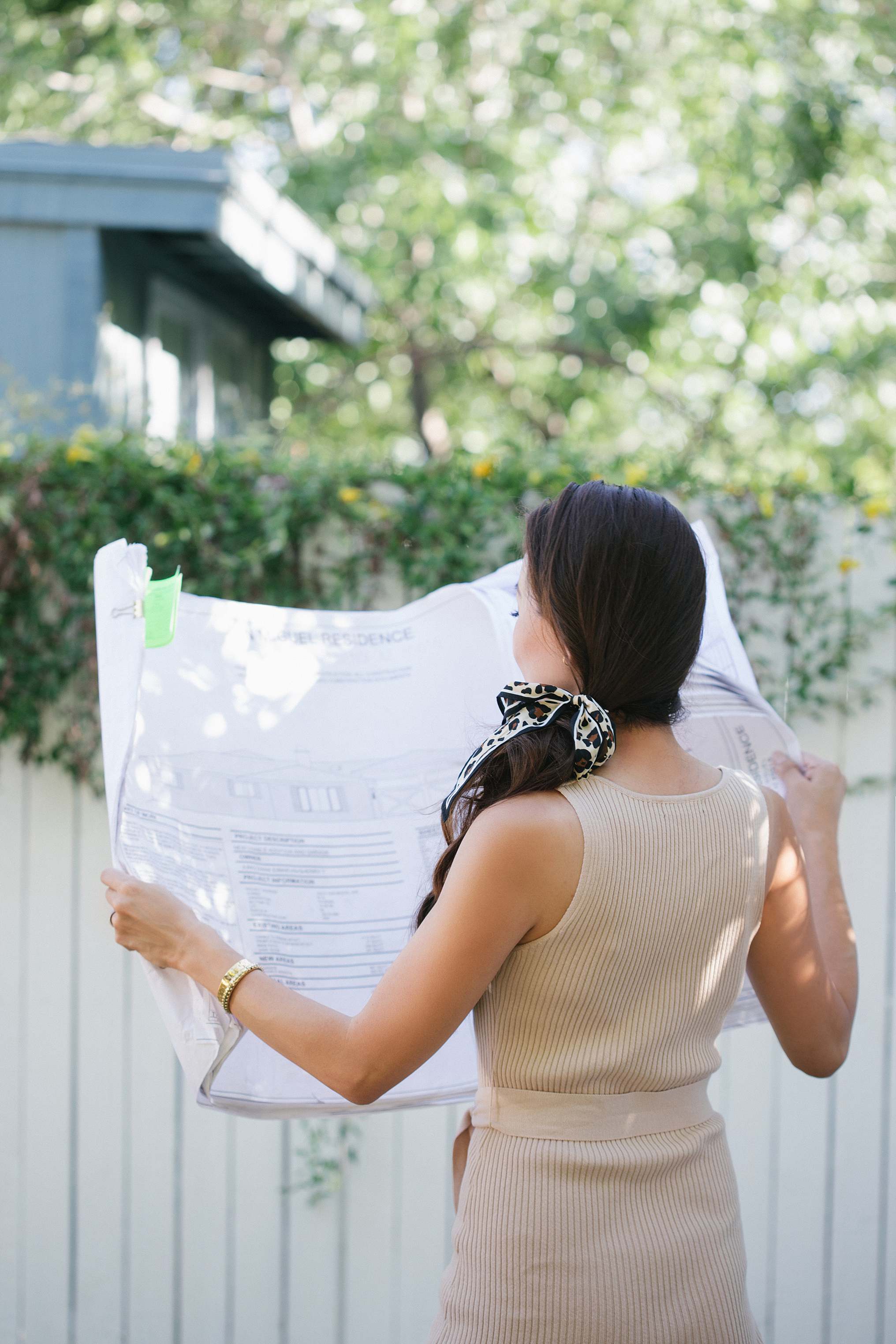 You’ve never really seen the front of our house for a reason…that’s because it’s not as beautiful as our backyard.

Many years ago when my younger brother visited for the first time he walked in our home and said, “Oh wow, it looks much nicer on the inside.” I was like, What the heck?! LOL! Now, I don’t want you to think we don’t have curb appeal because we’ve got some cuteness, it’s just not THAT super cute and we would like it to be better.

However we couldn’t really do one without the other. Like planting bushes and a path might mess up the layout of something else, yada yada. So now, here we are. I think you can’t change everything immediately, you have to live with it, and see what the house tells you it wants to be and also what your living needs are.

Benjamin has been wanting to remove most of the grass which I have fought for so long. But, it makes sense as the same time – we don’t use the front grass and boy is it useless on the west side. So we’ll have to compromise with a balance of grass for me, and removing most that are on the west side which struggles with grass anyway. Landscaping probably won’t be that cheap, not looking forward to that, but we can do this to a tentative phase 3 over time if we must.

Diana Elizabeth is about to start seeding soon – she is so excited and she’s also dreaming up of what her new side yard (the one that is currently the front yard but will become part of her backyard) located right outside her kitchen window will look like. Yes, run on sentence but it’s a run on life.

There are 2 comments on Getting Started with Phase 2 Home Expansion: The Garage.