Skip to the content
HomeLifestylePaint Night at Cambria Hotel Downtown 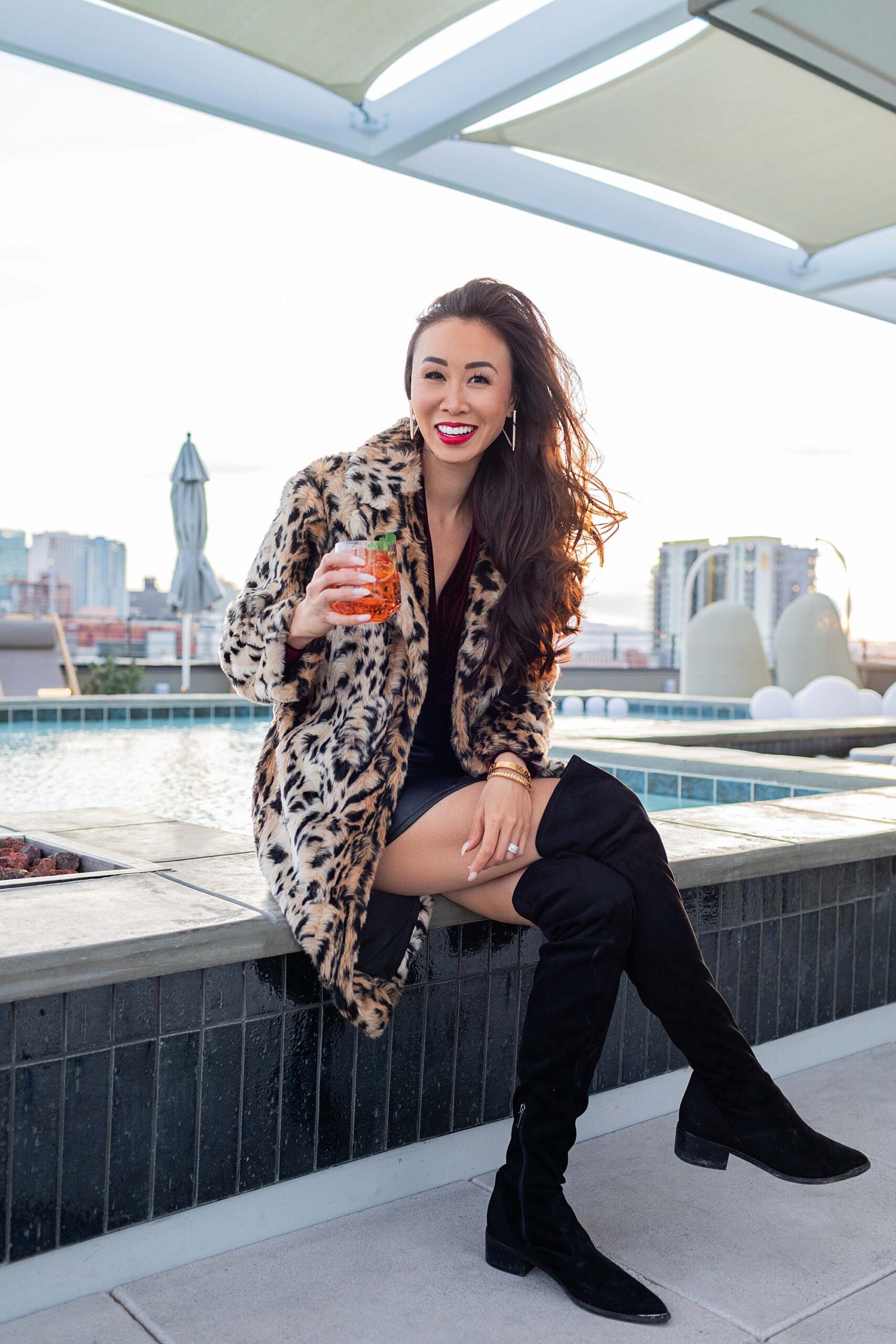 I met some girlfriends there too which made it extra fun to be sitting at the same table enjoying the 360-degree view of downtown Phoenix, chatting, eating locally inspired hors d’oeuvres, drinking local brews, and painting away – painting Phoenix to be exact! You’ll see. 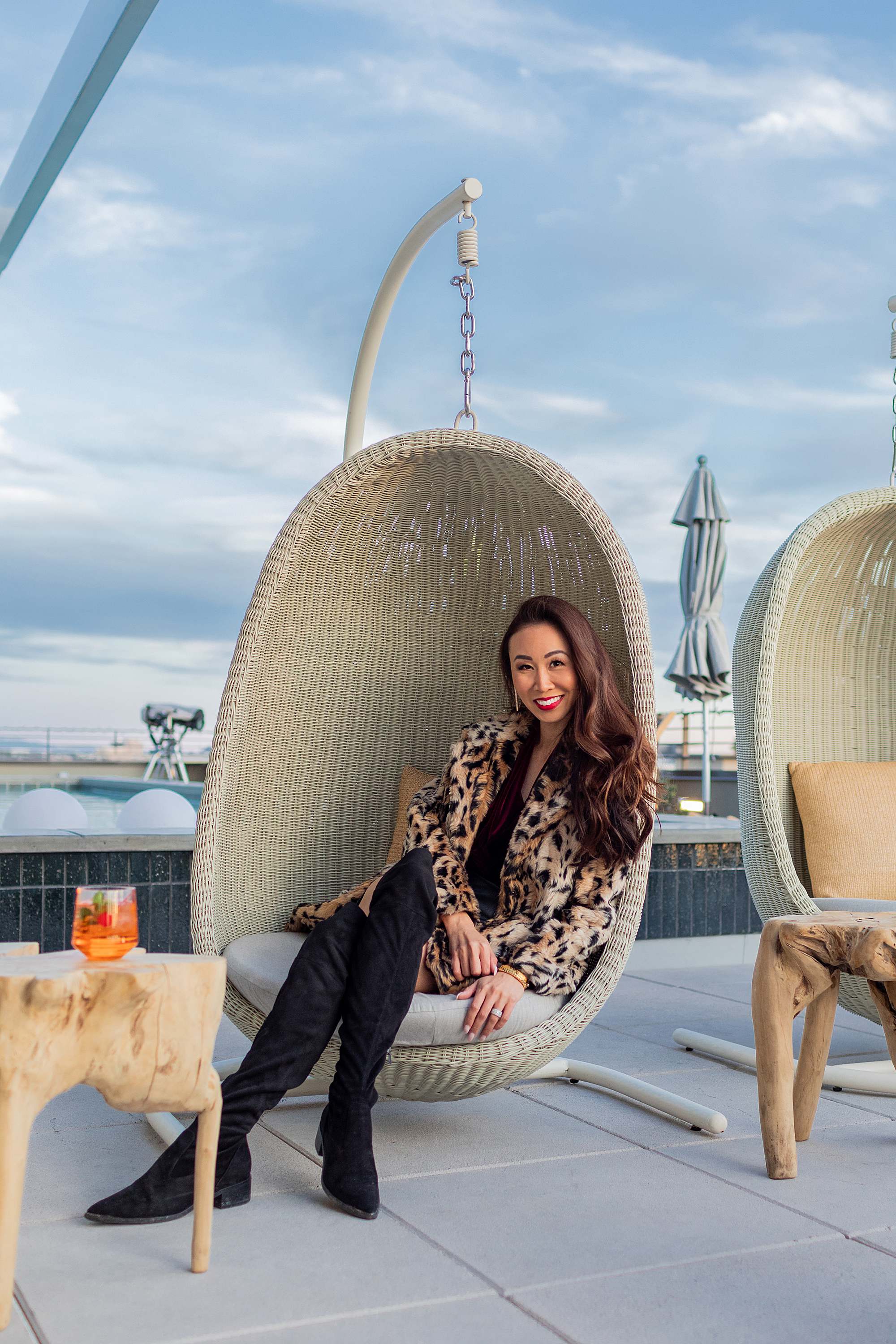 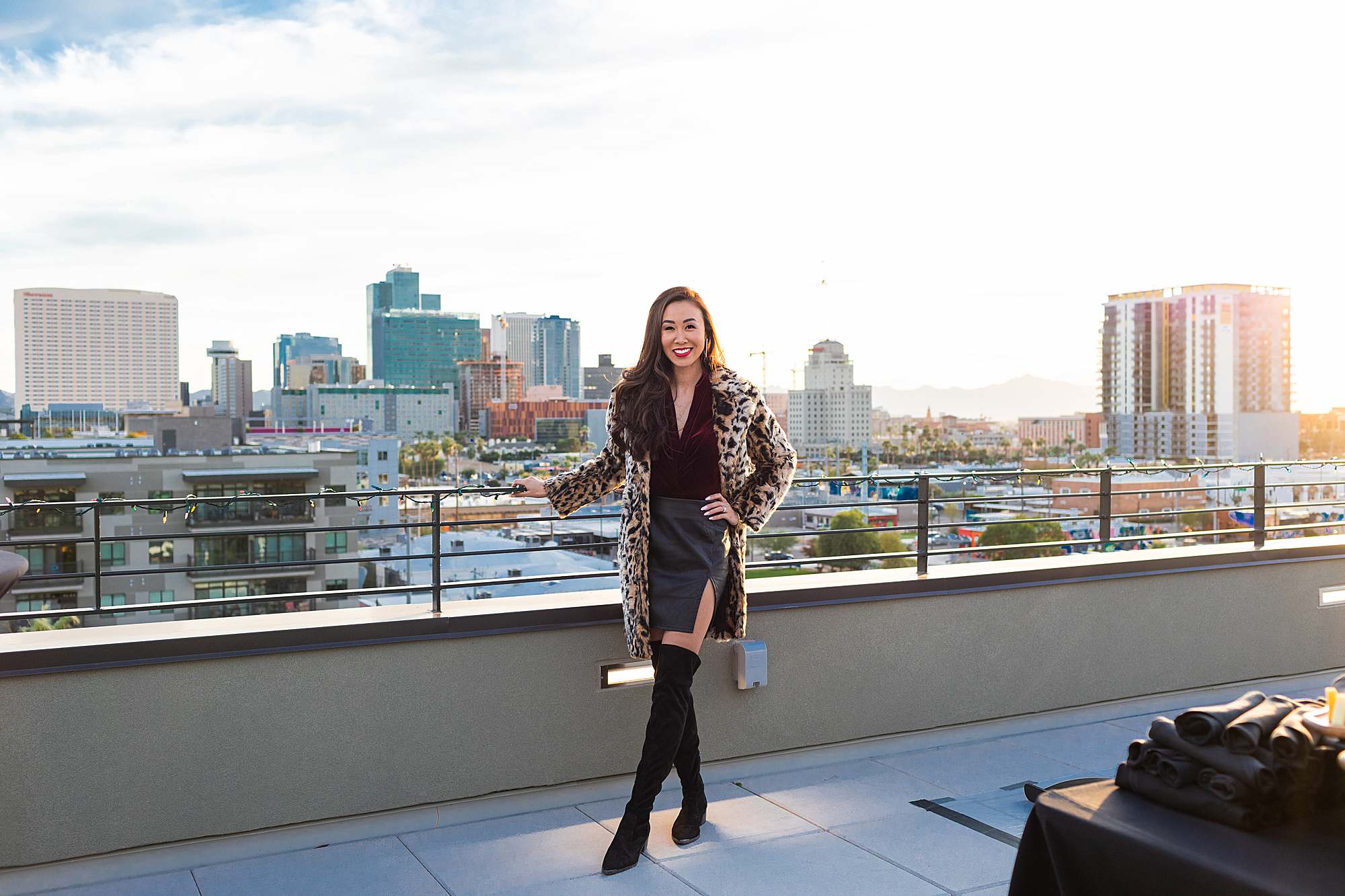 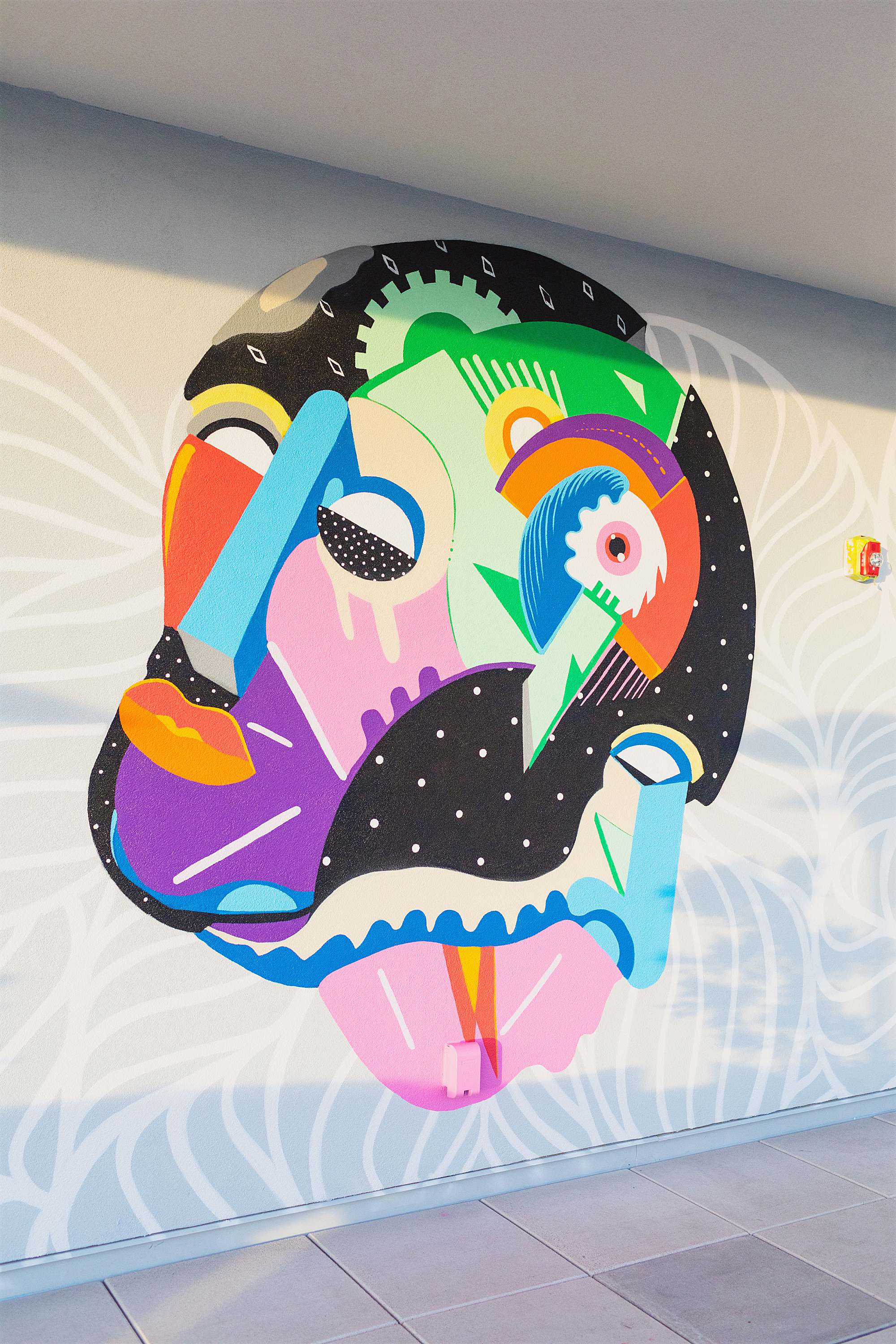 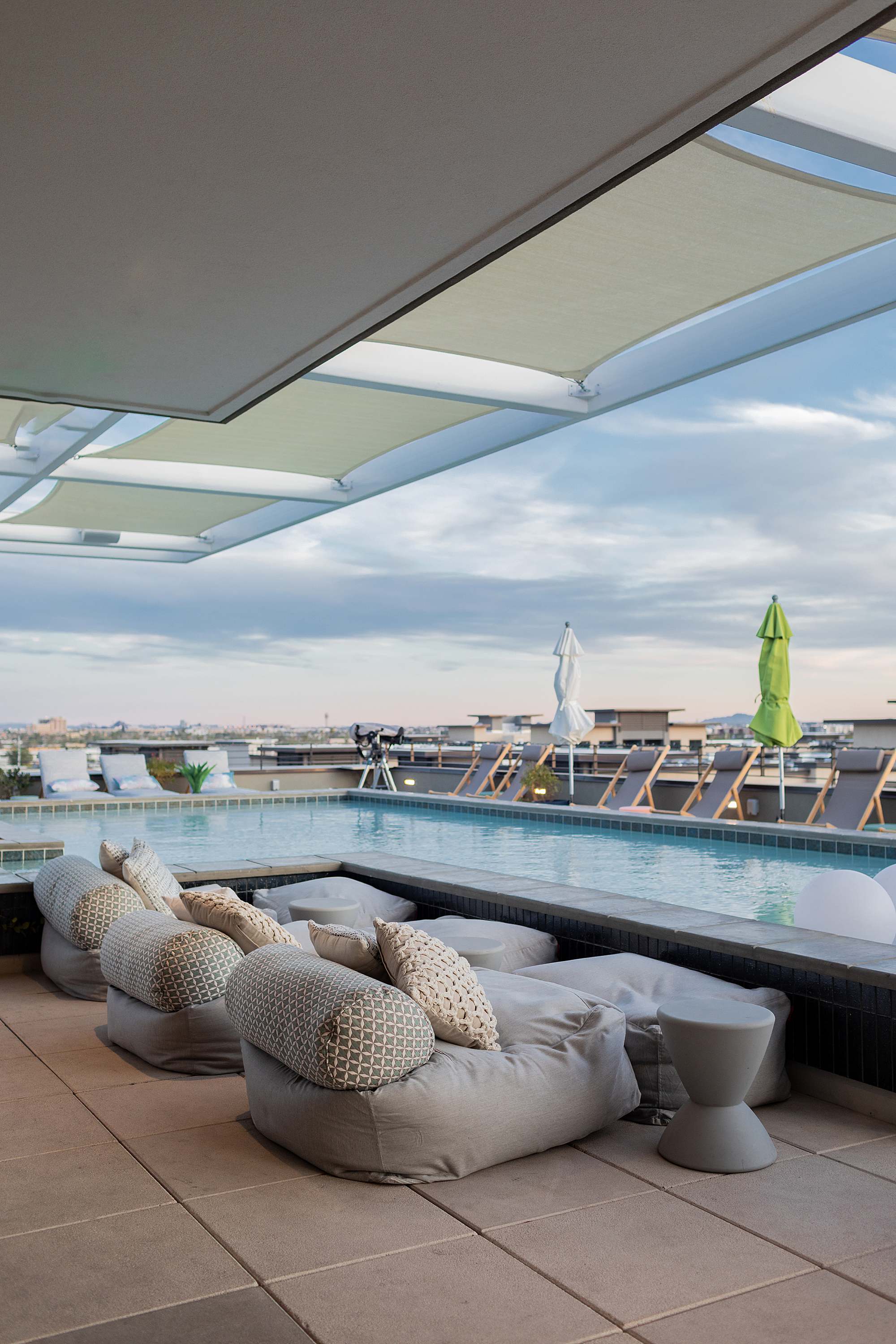 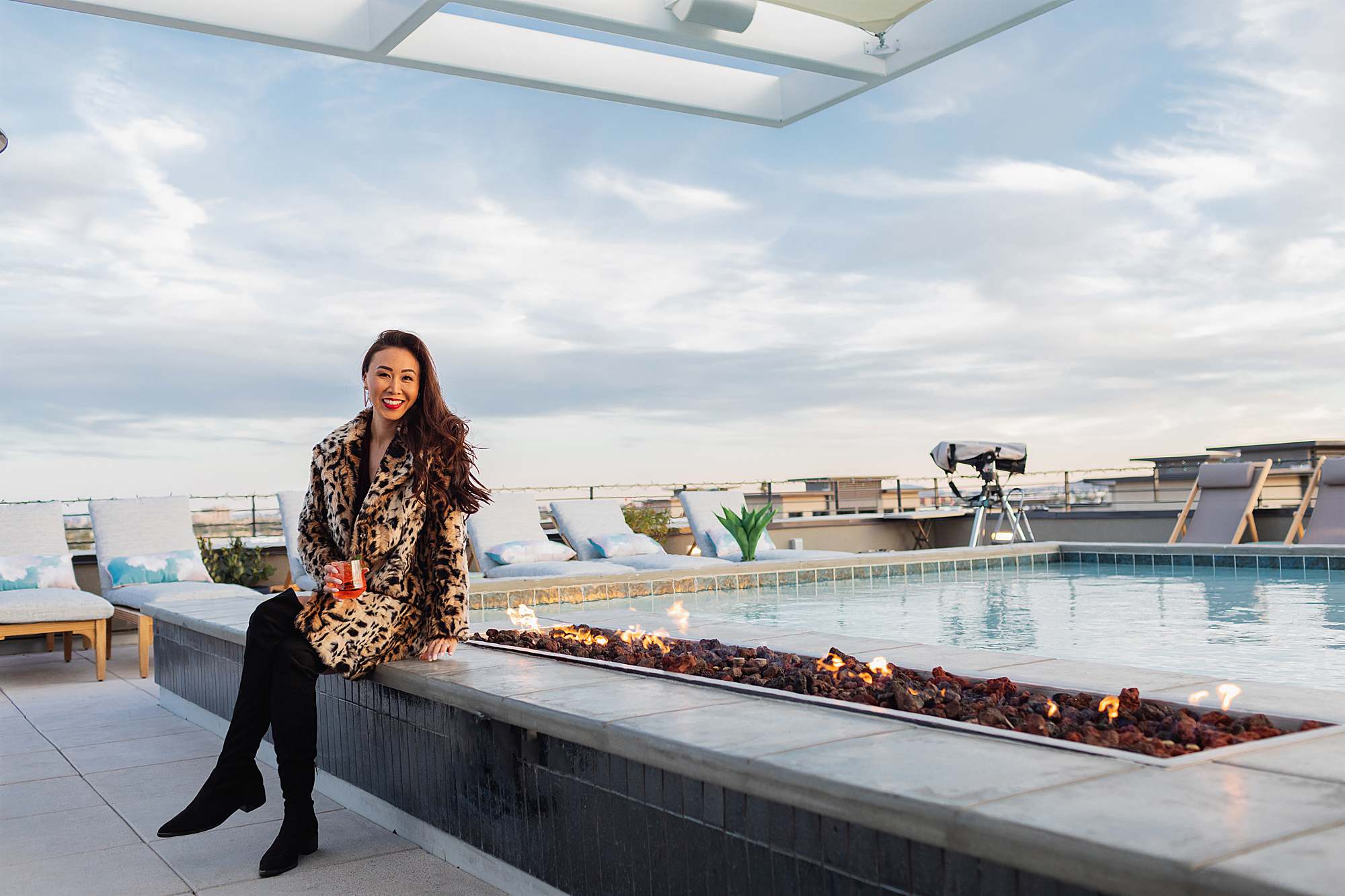 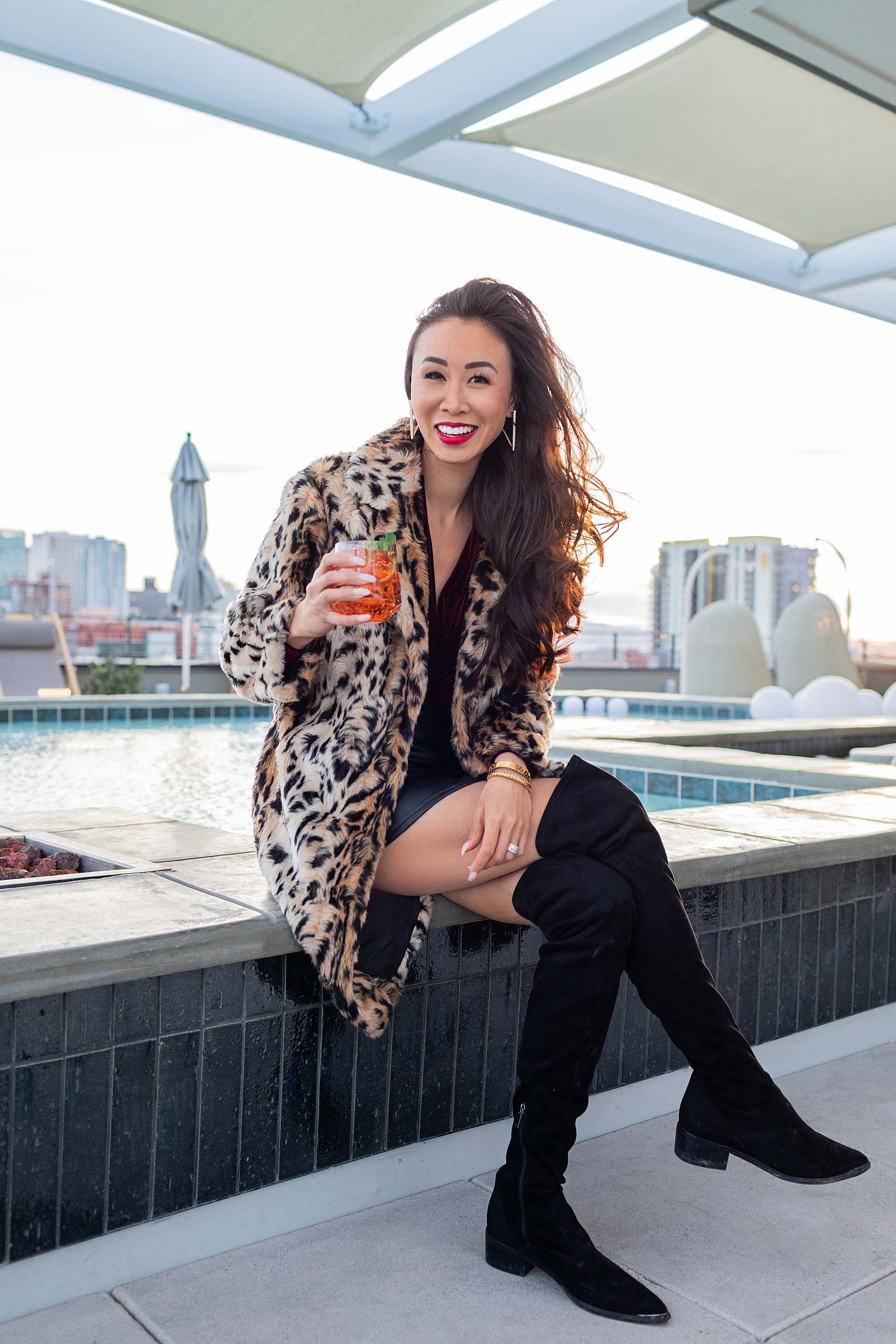 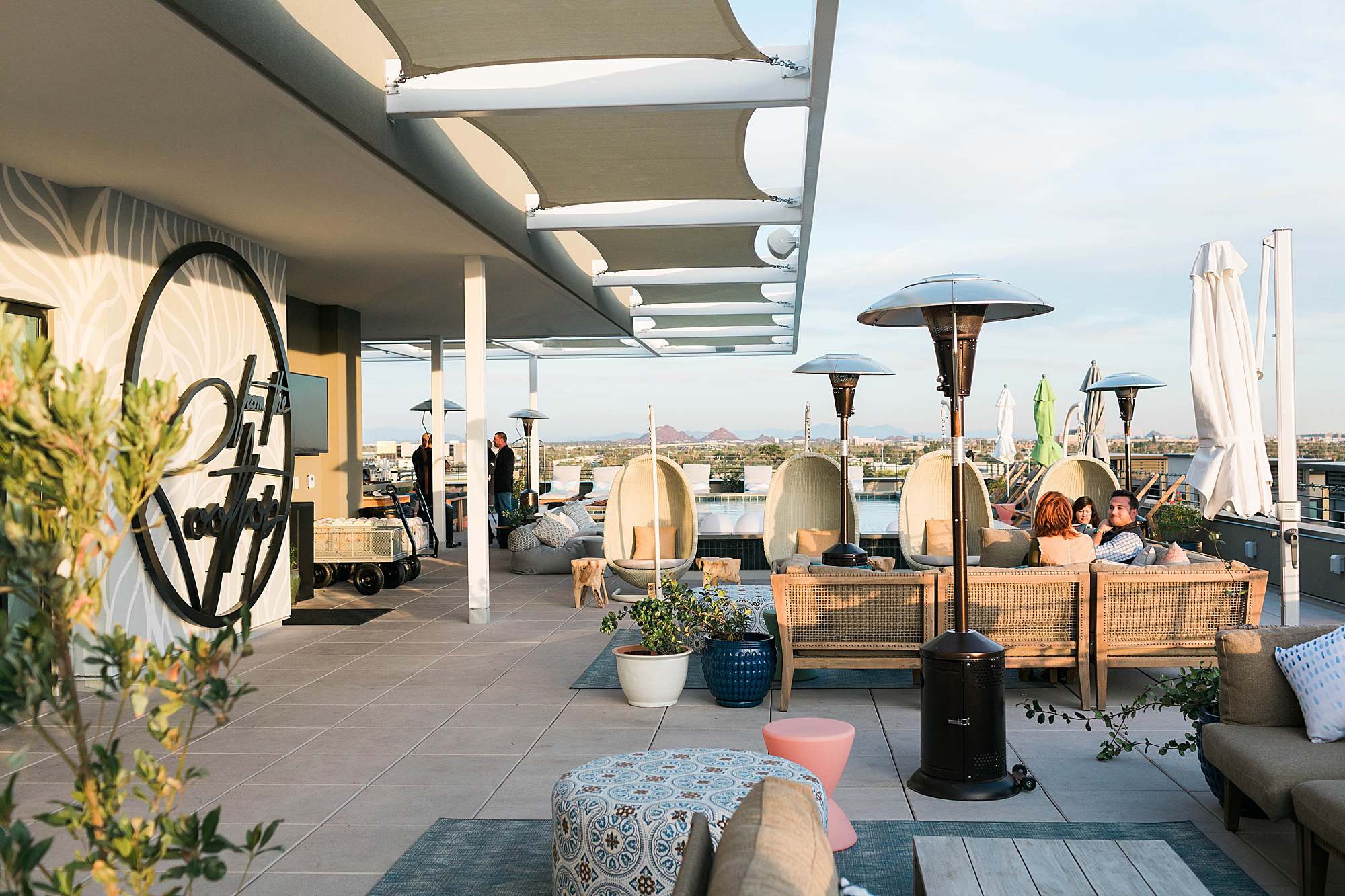 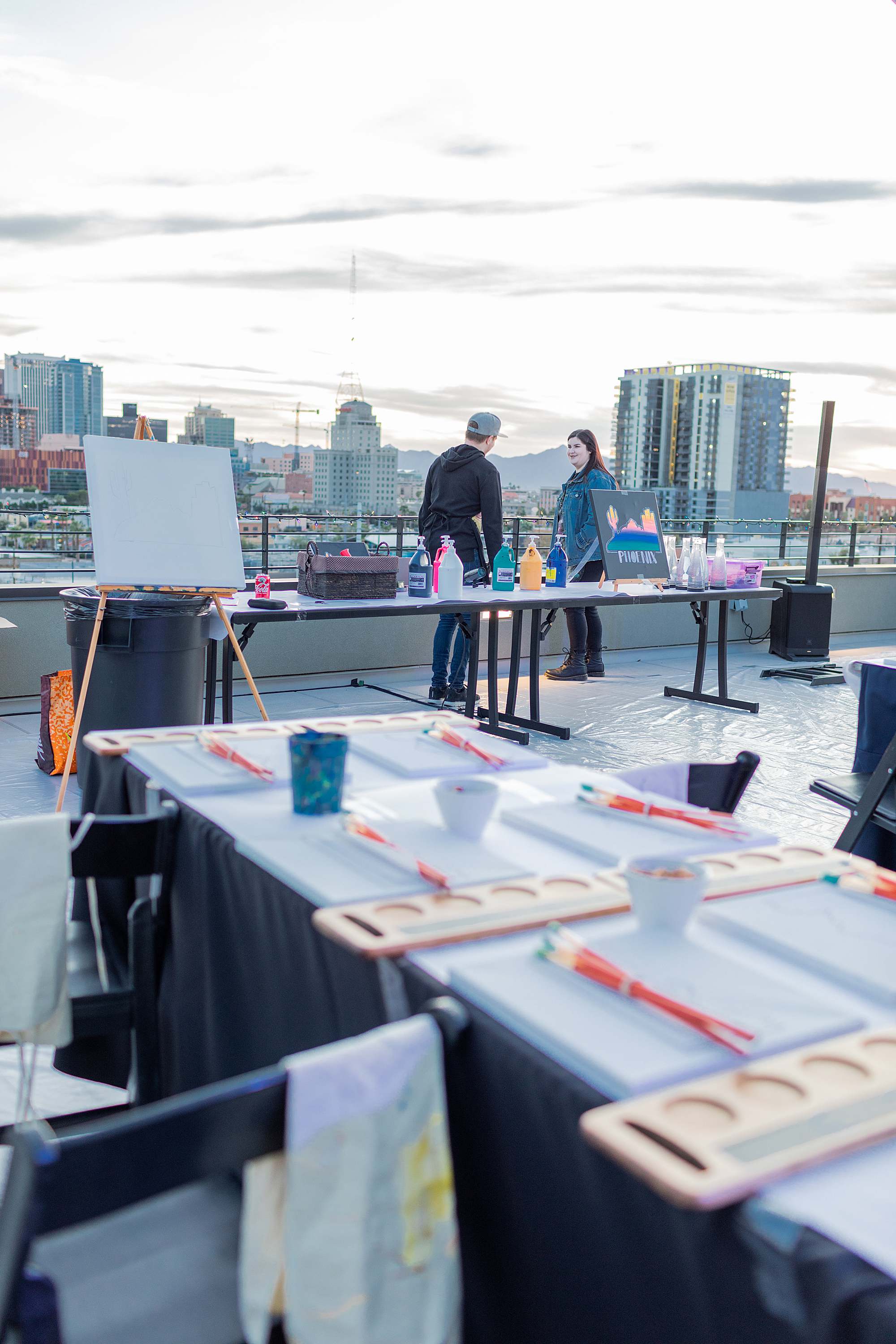 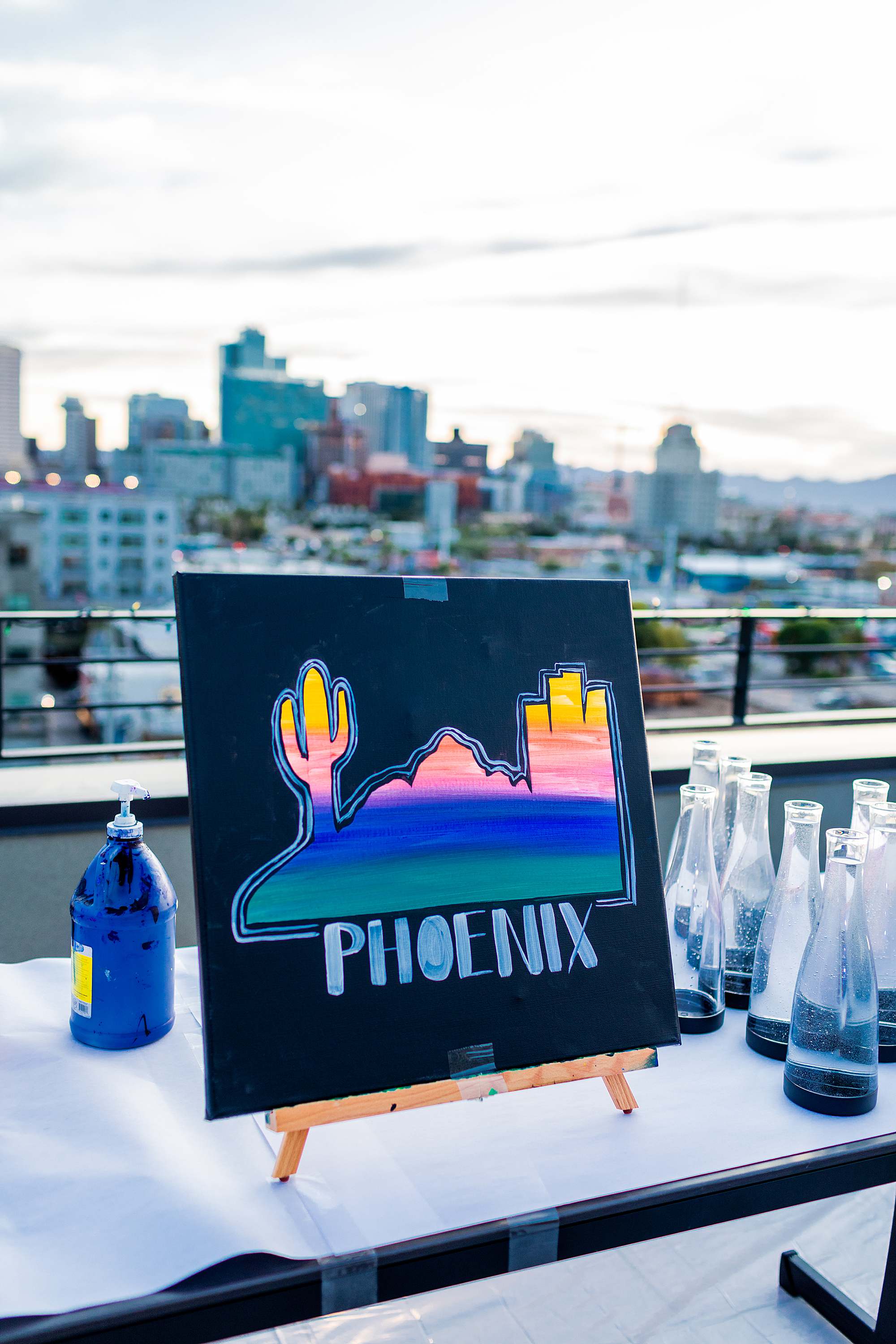 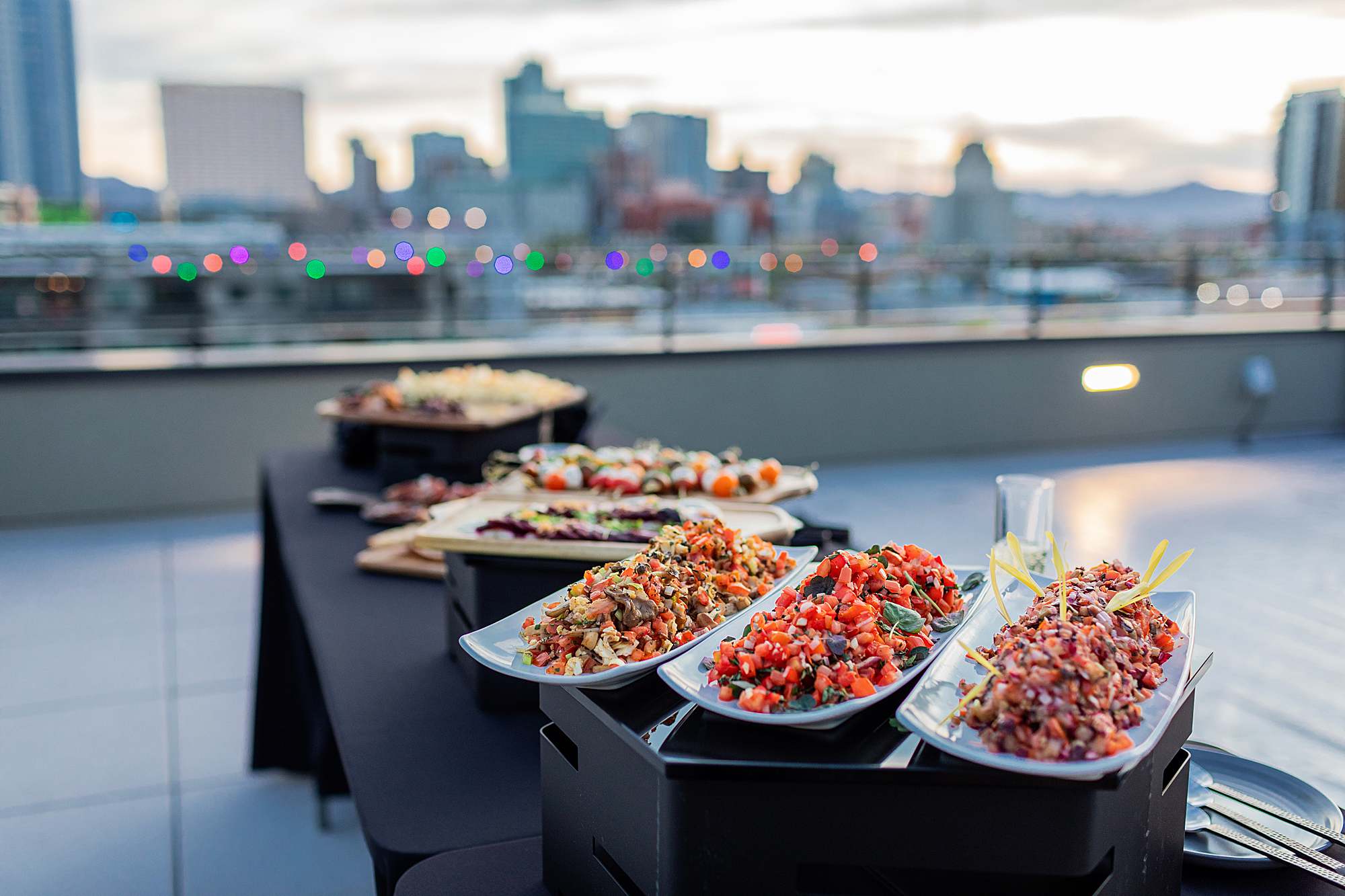 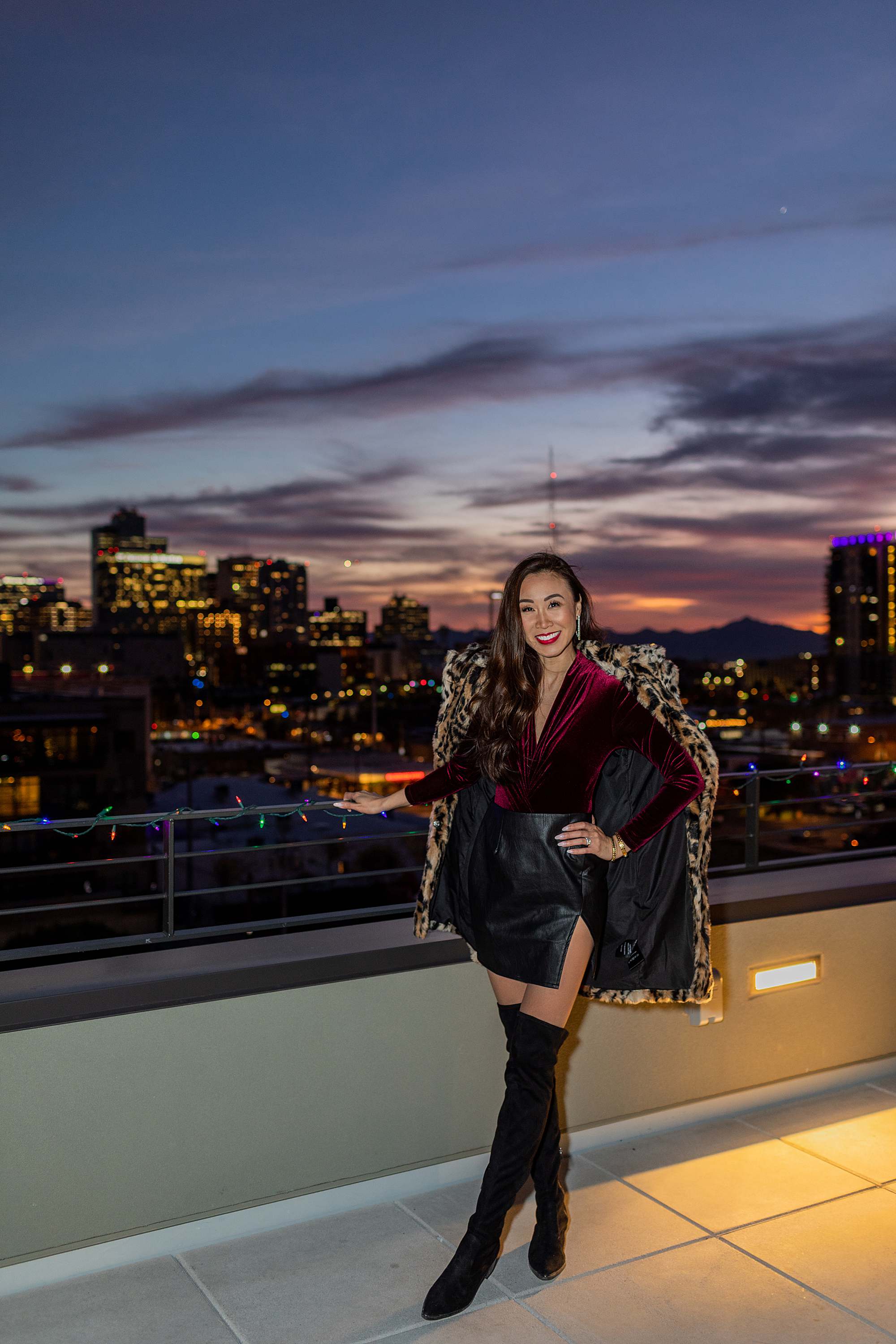 The newly opened hotel has 127 rooms and is seven-stories tall – tall enough and placed well within downtown to see epic views of the surrounding city. The rooftop is a great event space, which is where our painting event took place, and has a pool with cabanas and bar.

The hotel is in central downtown and right in the Roosevelt Row Arts District, which is an area known for its unique mural artwork on buildings. Our painting activity that night was inspired by art on Roosevelt Row. 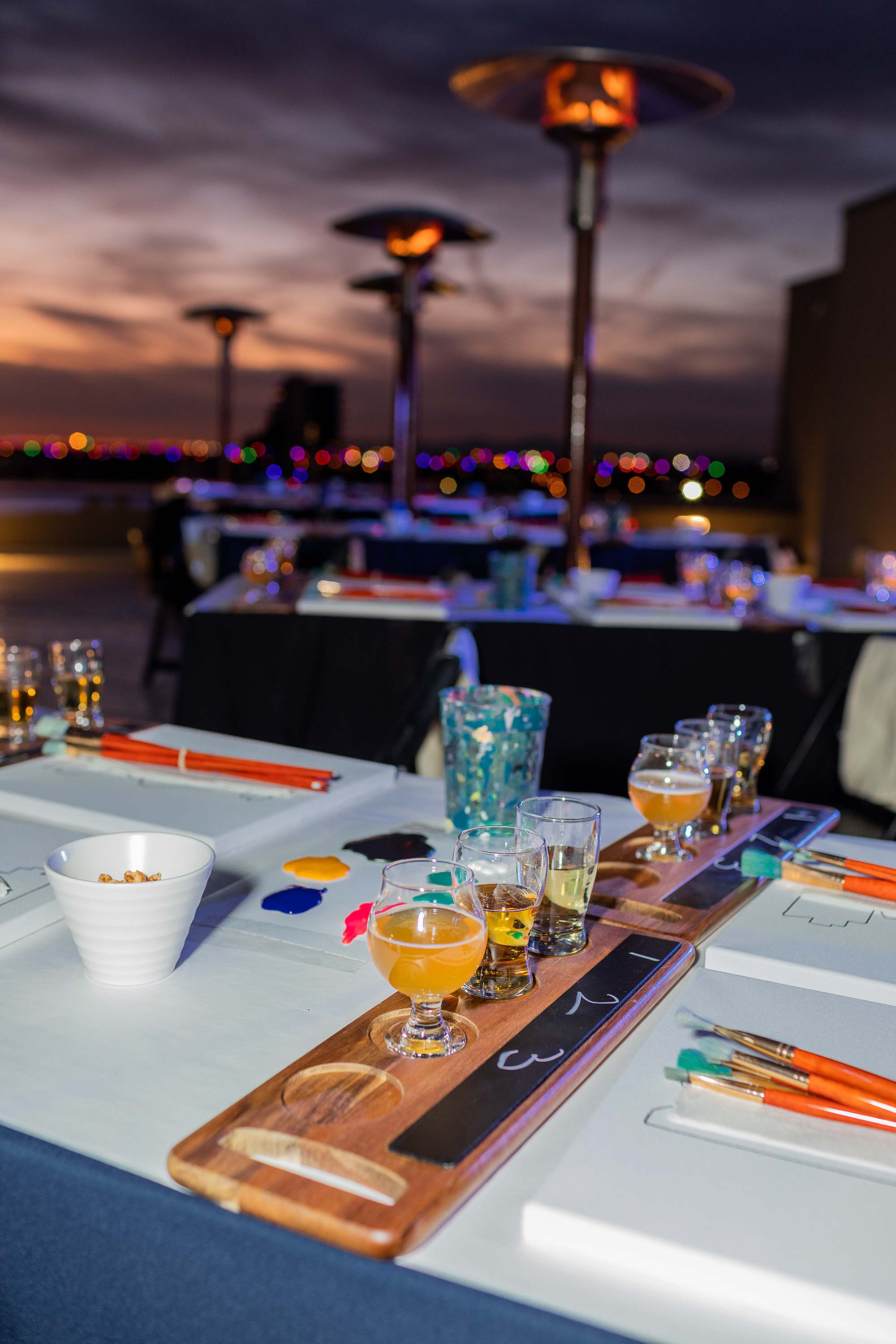 Also in attendance at the Paint with a Brew event was the captain of the Arizona Coyotes, Oliver Ekman-Larsson. He’s from Sweden!

Cambria Hotels donated $10,000 to Oliver’s charity of choice, Child Crisis Arizona. After we painted, we took a photo with Oliver and I had to ask some awkward questions because that’s me. When I heard Oliver was from Sweden, I told him I think everyone from Sweden is good looking (he laughed). I told him when I was in Stockholm, I couldn’t stop staring at everyone that walked by. Yup I said that. I then followed up with asking if dating was hard for him, LOL I know. But I’m a married woman so I feel like I could just ask that because I was genuinely curious, hahahaha. He was so, so kind!

I have a track record for saying the strangest things to celebs when I meet them which is odd since I used to work the red carpet interviews for E! Online back in the day. I once told Jason Kidd when I met him that I saw his house on MTV Cribs and he had a really nice house. He laughed and my friend Richard who was on the team with him at the time looked at me like, what was that. Sometimes you gotta stand out. YOLO. 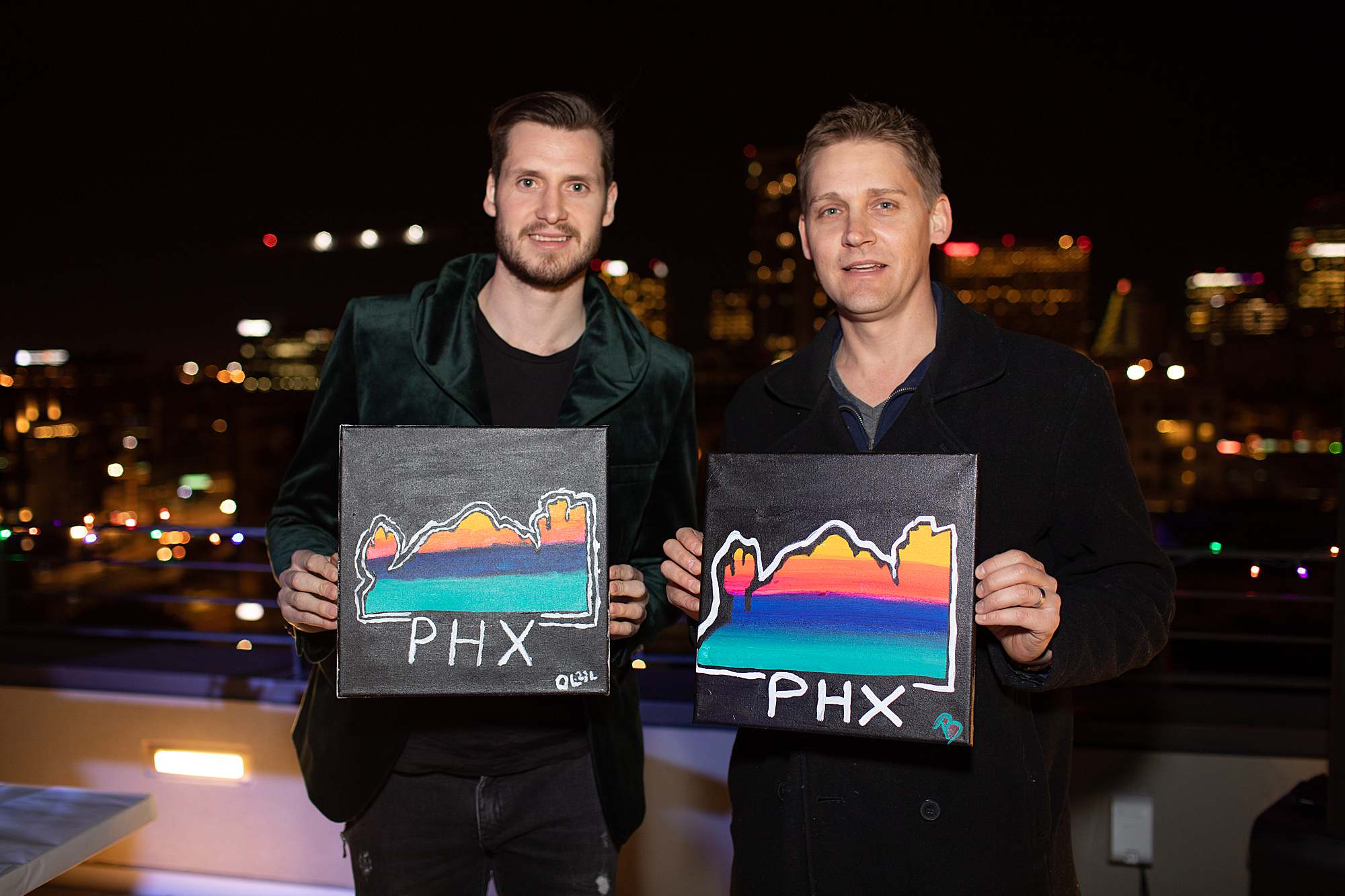 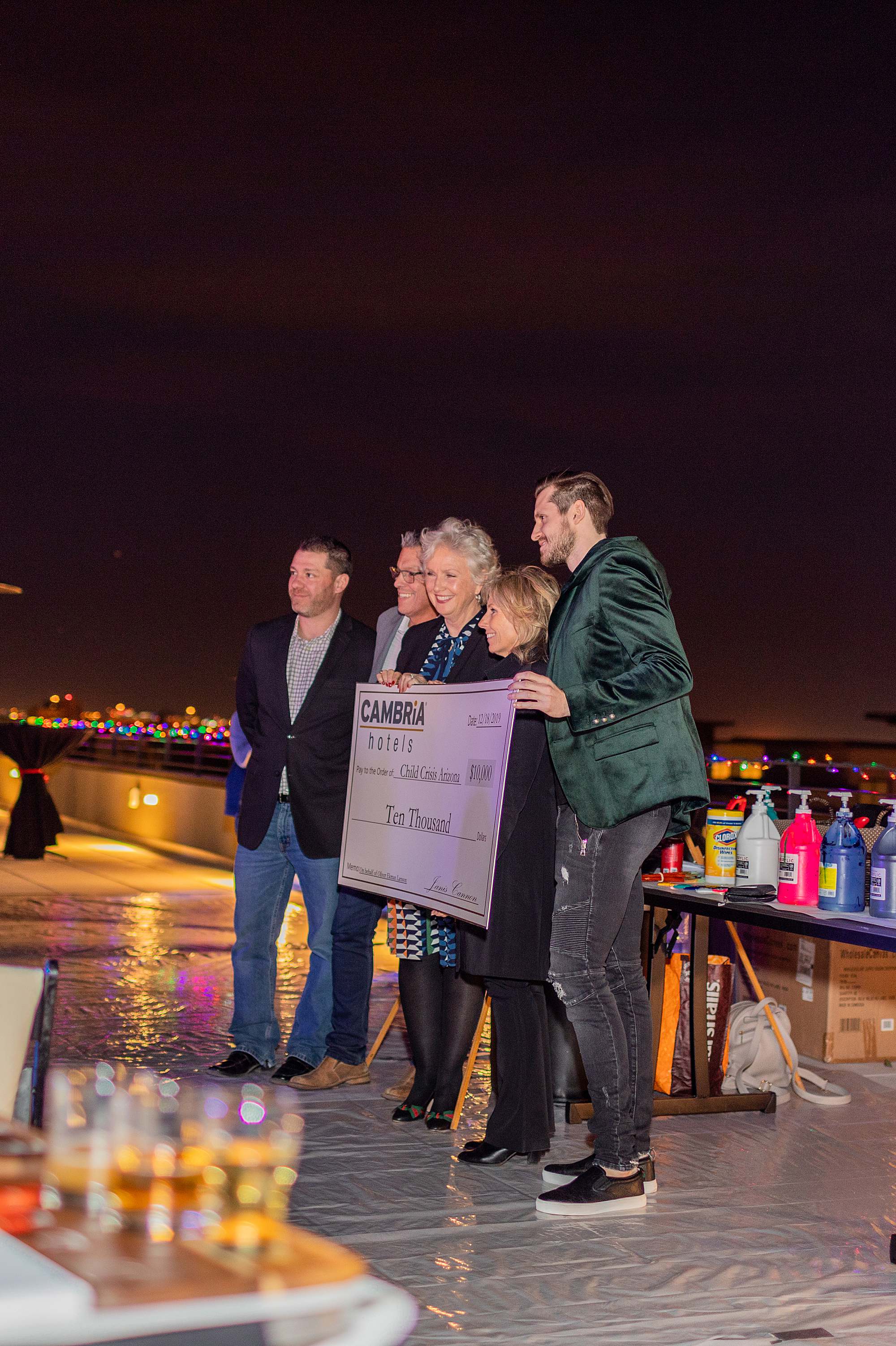 The Cambria Hotel Downtown Phoenix Convention Center is close to the Phoenix Convention Center, the Children’s Museum of Phoenix, the George Washington Carver Museum and Cultural Center, Sky Harbor International Airport, and the Arizona Science Center. The location is just right, it’s a bit low profile, blends into the surrounding area and is so close to everywhere you need to get to while downtown.

It’s a great spot for modern business travelers who appreciate modern amenities and want to be close to what downtown has to offer. The decor is hip, retro, and modern, and has Phoenix downtown vibes. Each Cambria Hotel is unique to its location, so no Cambria Hotel is the same in decor. The rooms are pretty spacious too with spa-style bathrooms and modern fixtures and lighting in the guest rooms.

When I travel with Benjamin on his companion pass, I explore the city on my own while he’s working and I often look for a great workspace in the lobby and work! Cambria Hotel Downtown Phoenix Convention Center has a great meeting area and tables in the lobby for working on the go. 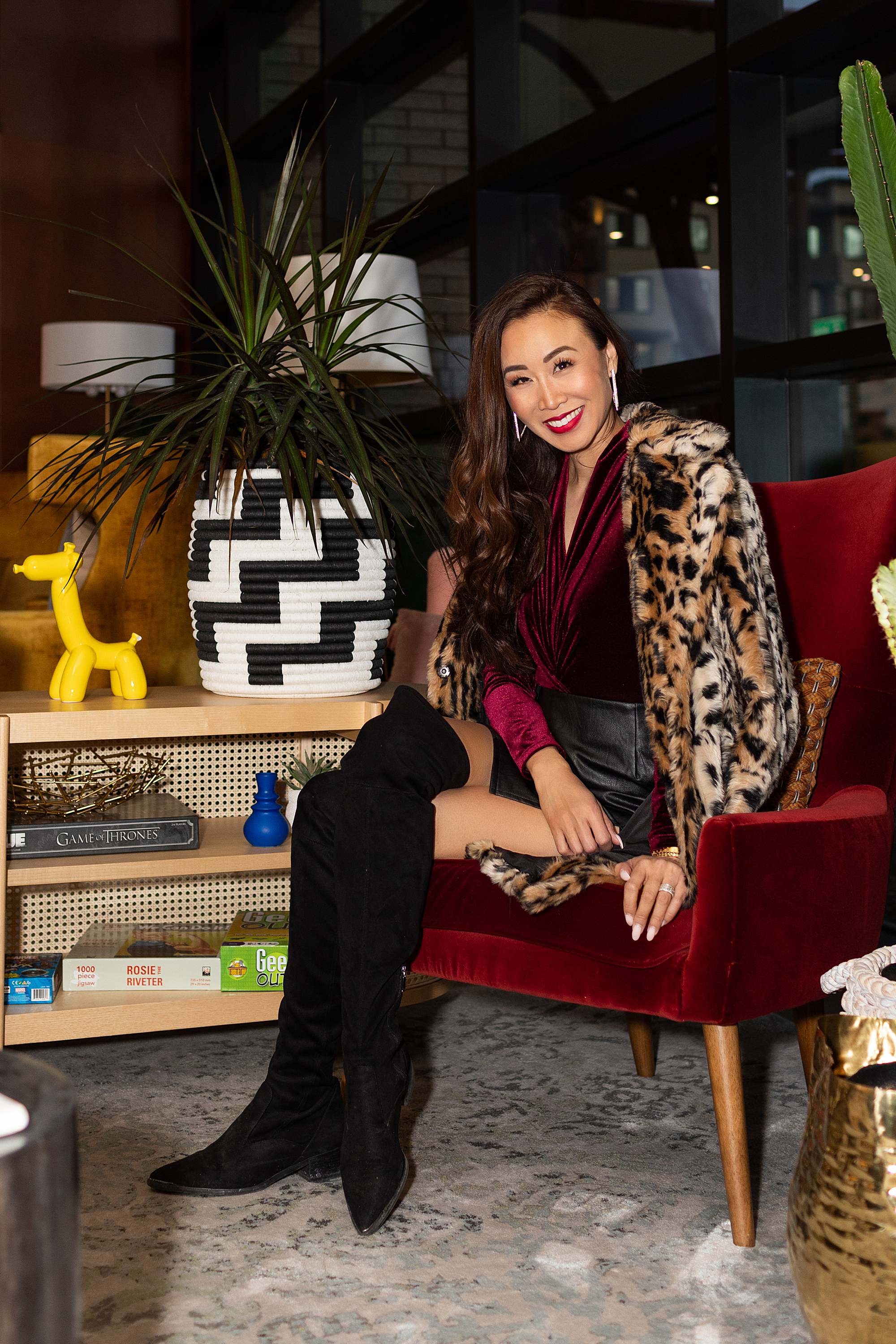 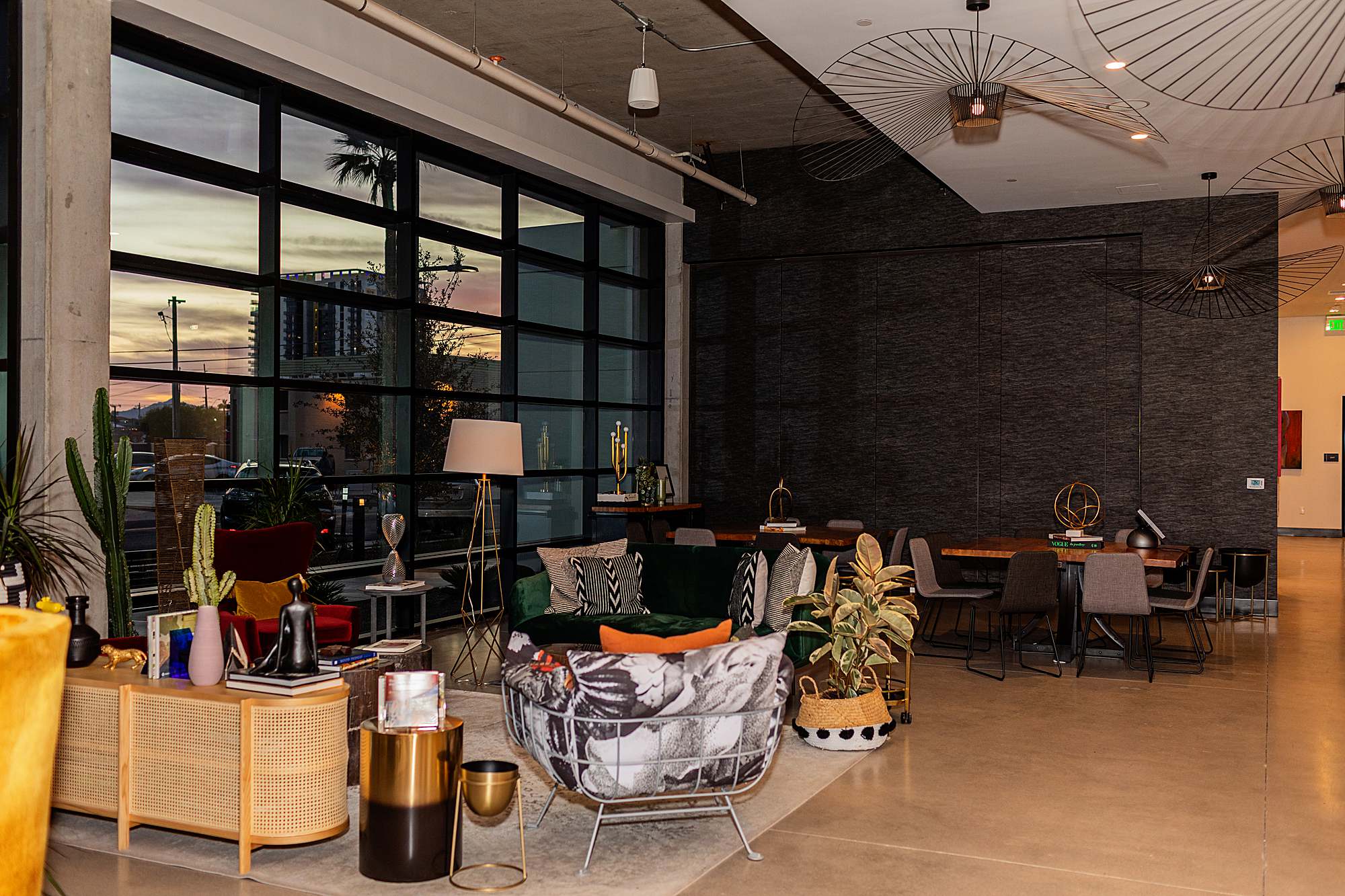 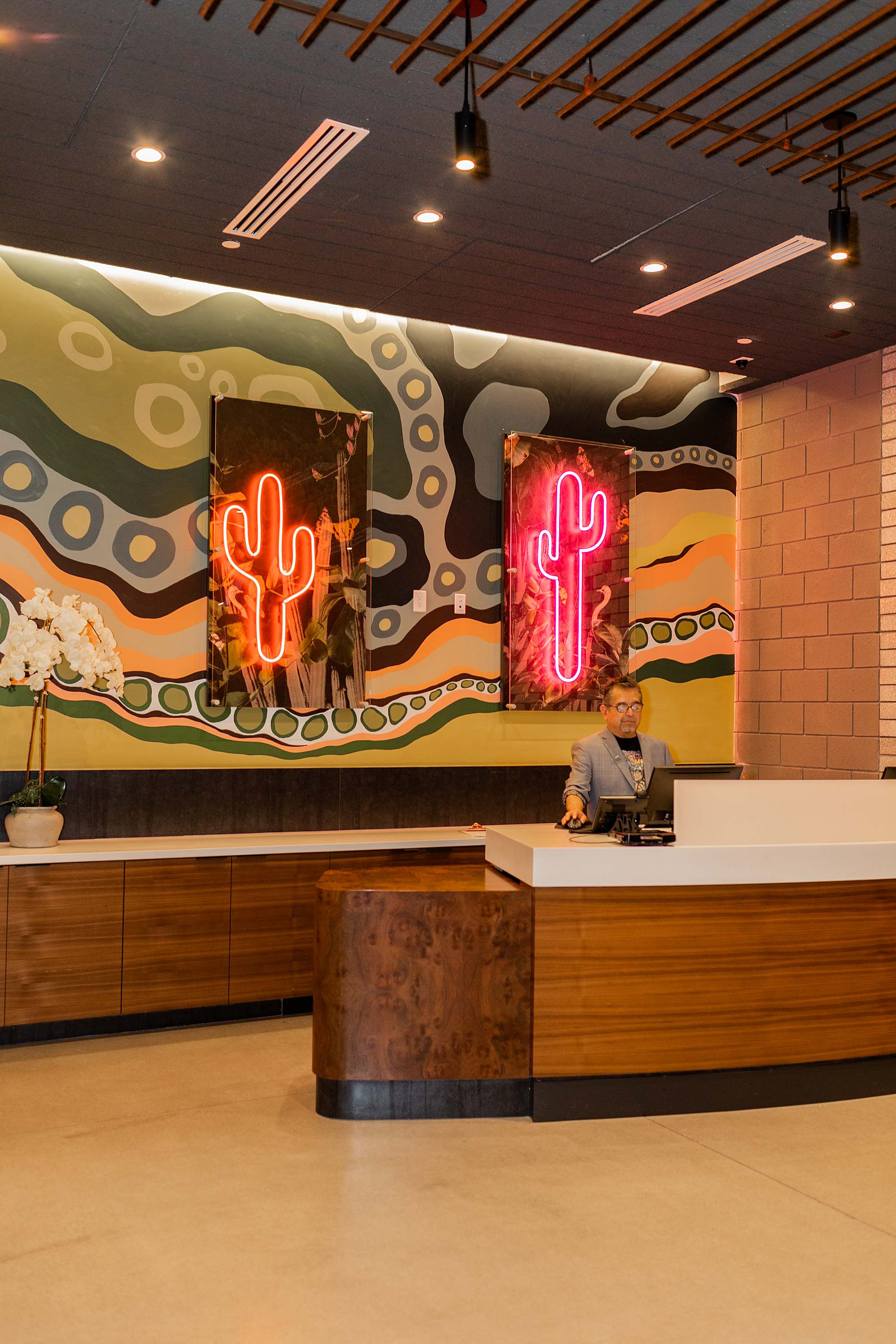 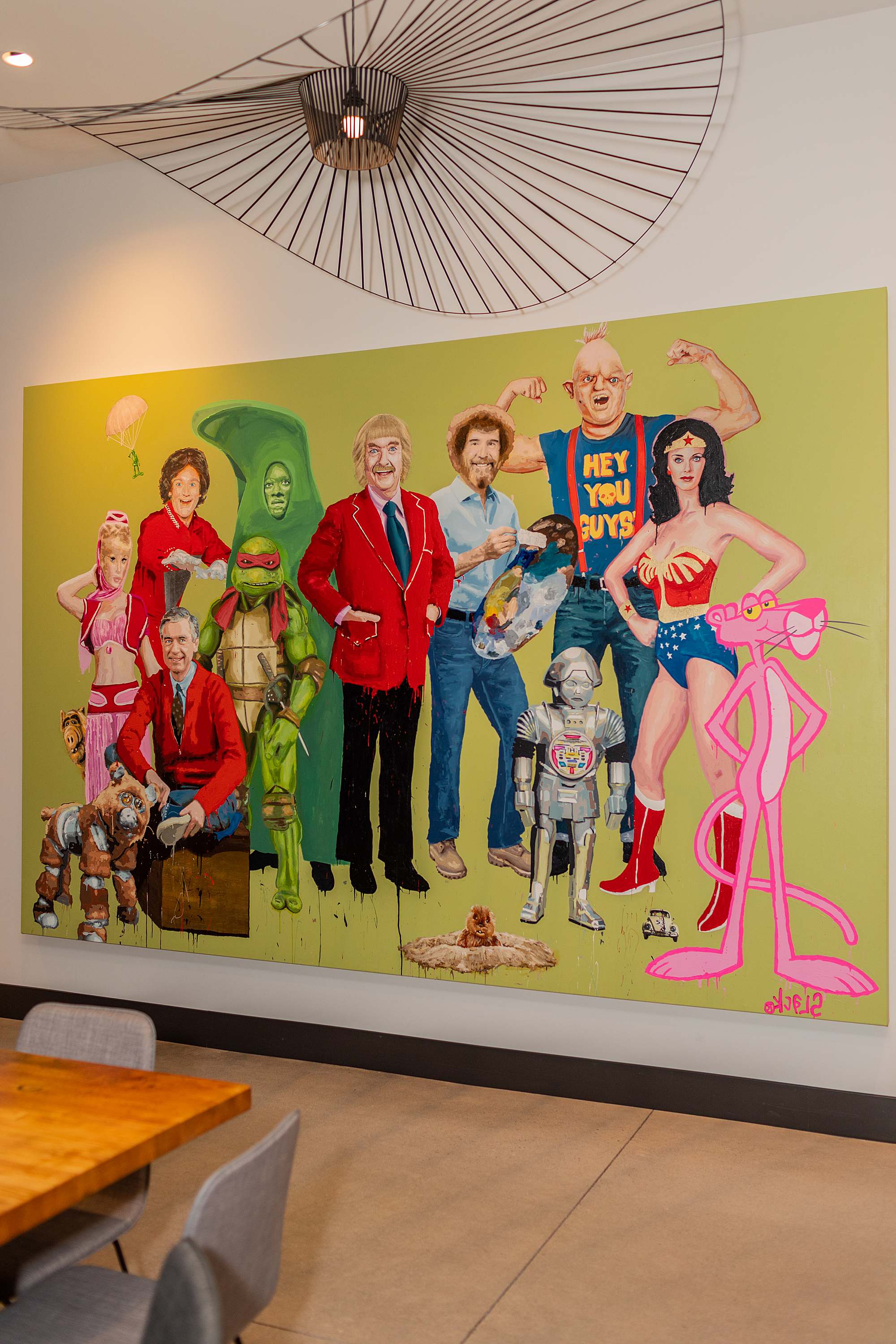 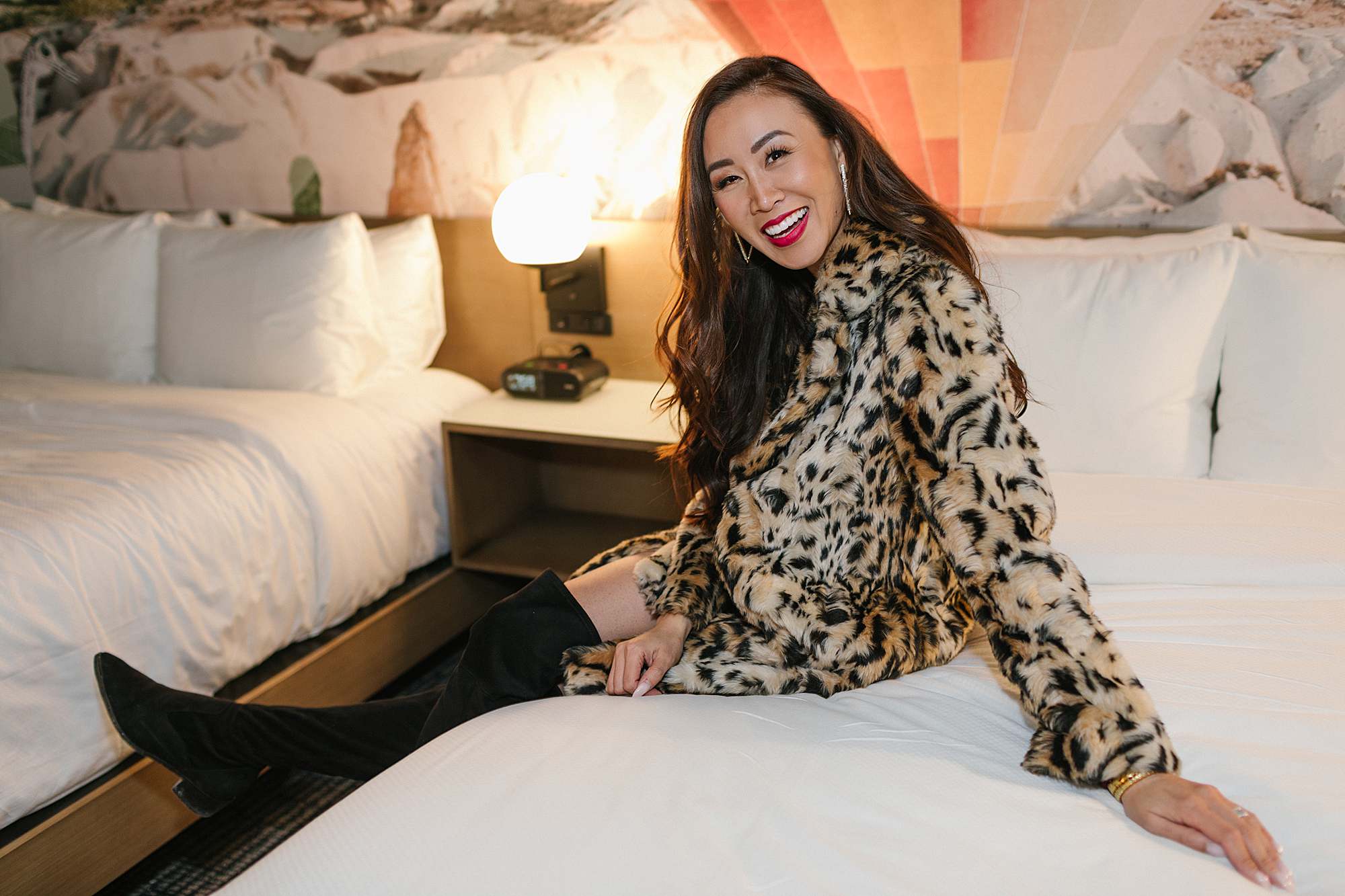 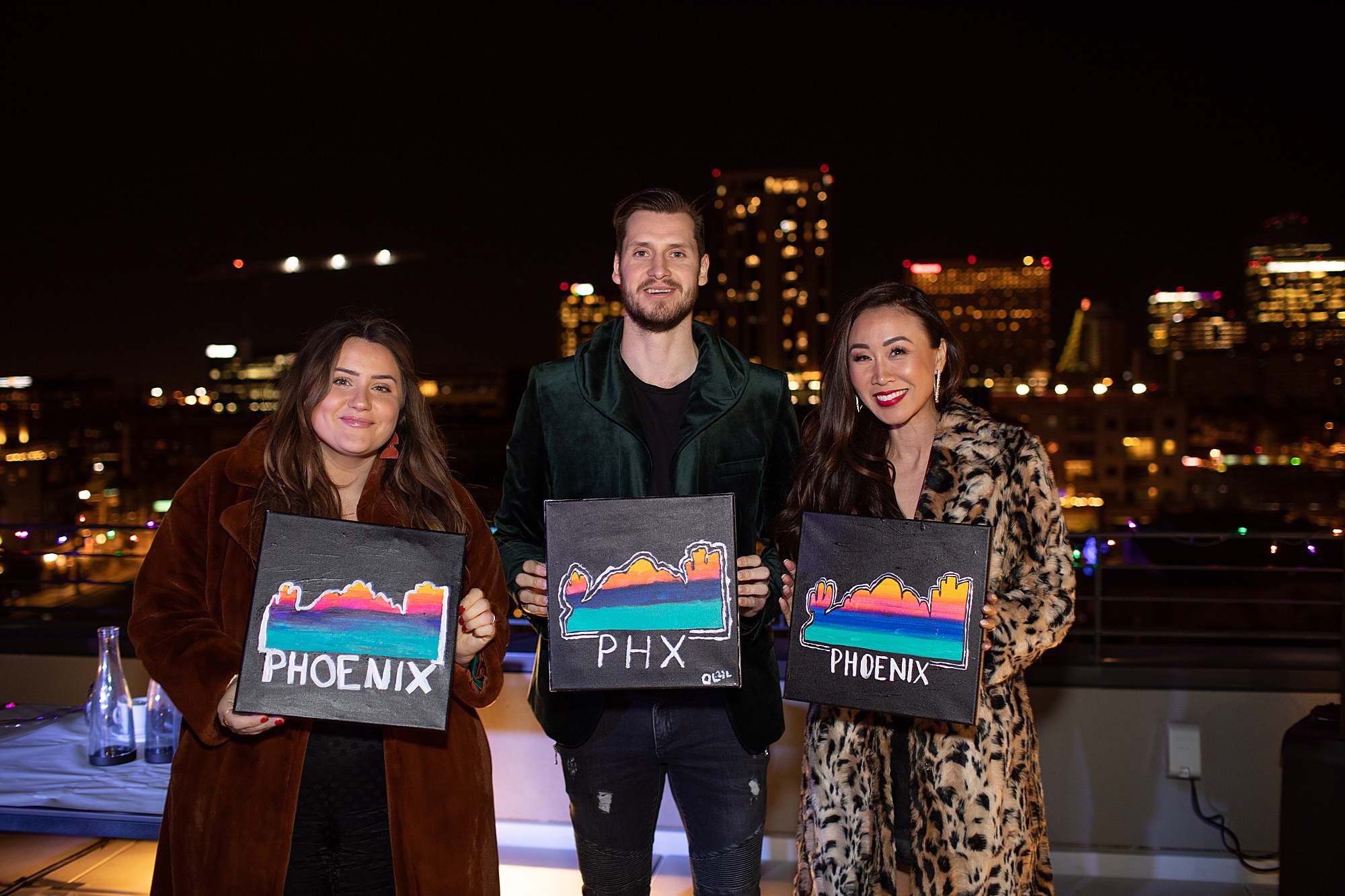 Thanks for the fun date night Cambria! I want to bring my girlfriends back for rooftop drinks and enjoy the sunset and downtown views in the new year. 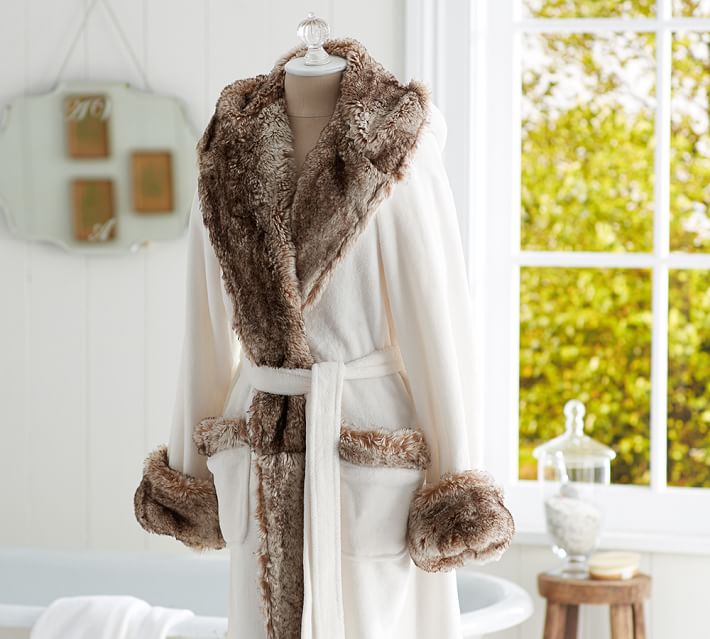 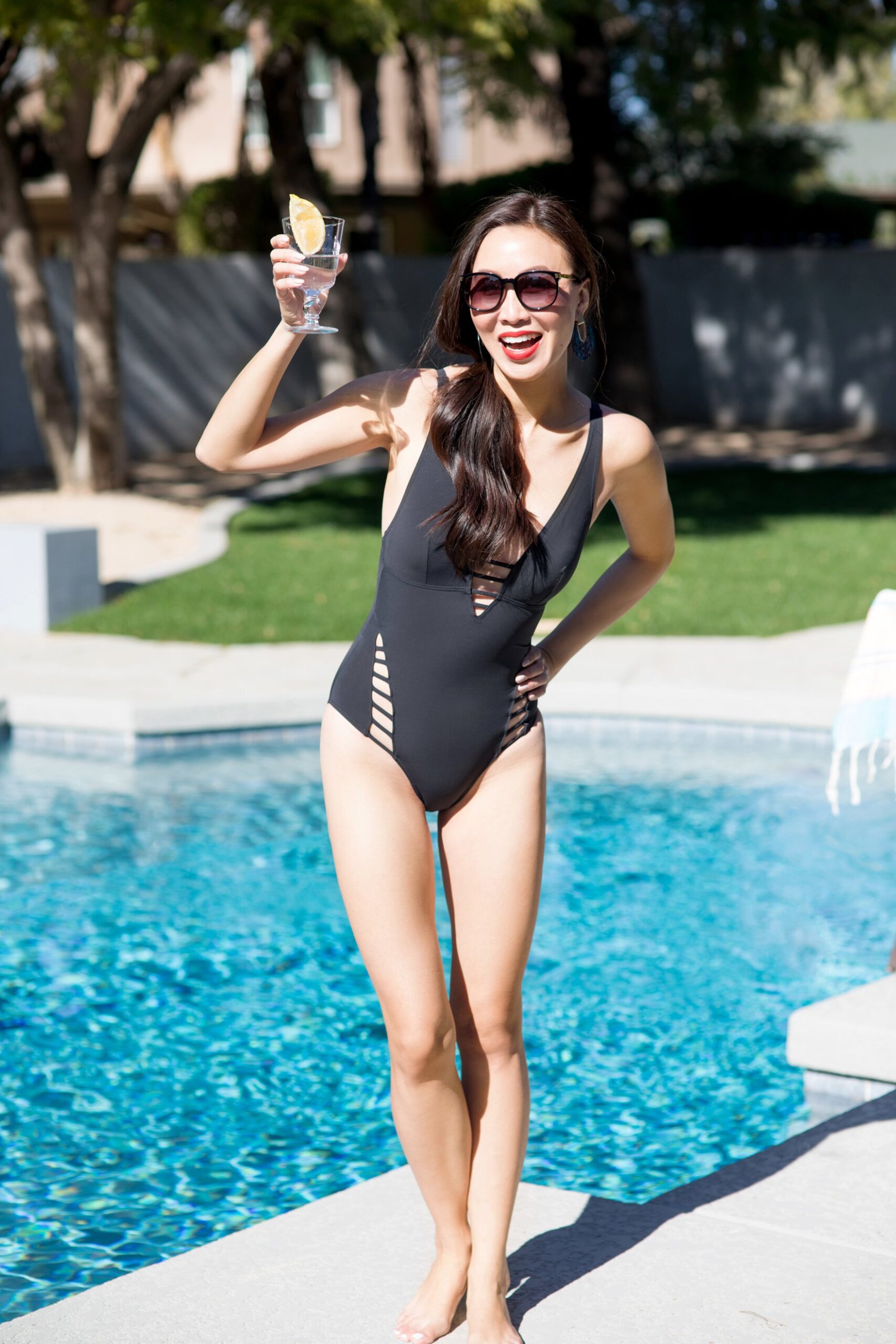 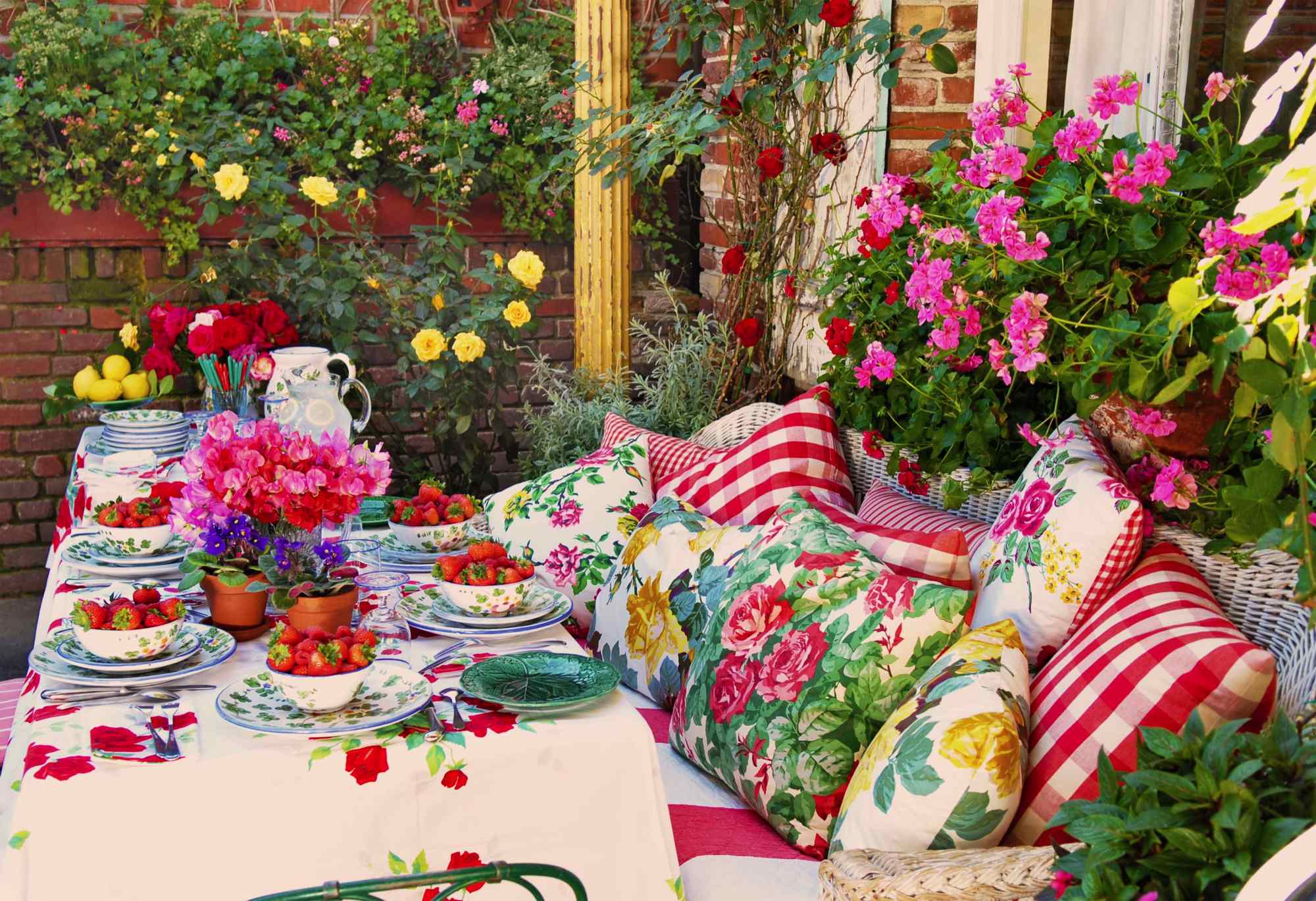 The Process of a Patio Makeover + Trials

Painting the patio concrete with a fresh coat of paint, spray painting 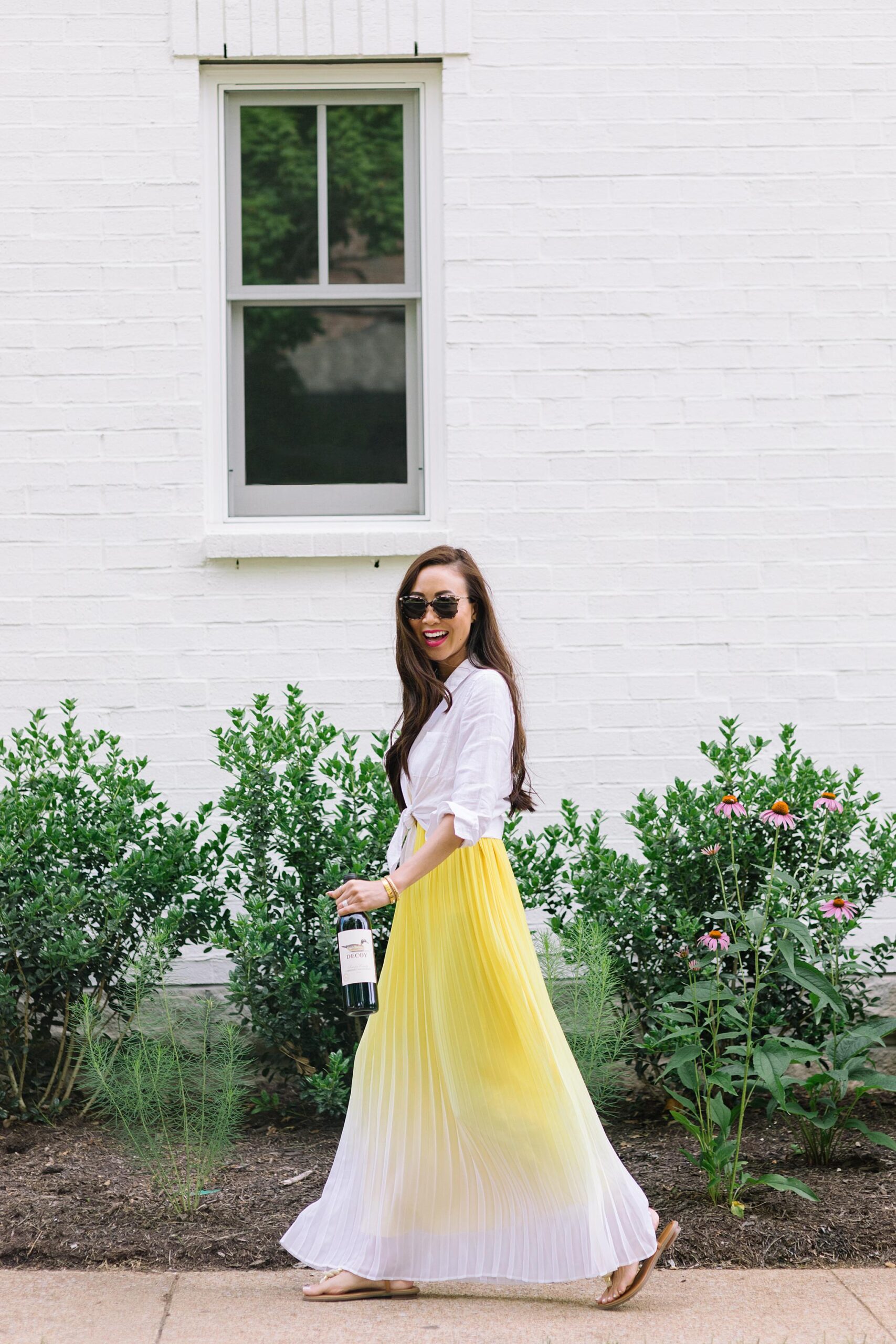 From Oakland to Sac-town, the Bay Area and back down, Cali is where t