Our buns have arrived, as of late Saturday night.

Originally going to be named Fortnum and Mason after my favorite store in London, Kylie (who has a seriously funny blog) of Kirkland Kritters Rabbitry breeds the Dwarf Hotot rabbits told me they were in fact, both does.  Hm, so after some quick thinking, I had to change the name.

Meet Liberty and London! Named after another favorite store of mine in London – go figure.  You just wait until I get chickens, I have those names picked out too!

This is little Miss Liberty, she’s the smallest out of the two.  She likes to come to me when I tap the grass. 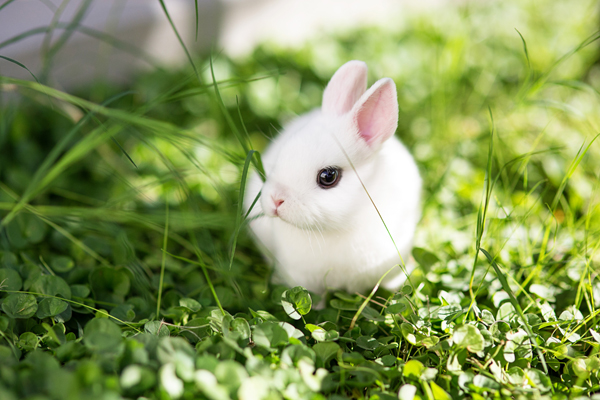 This is London, she’s not really a dwarf (she didn’t get the gene) but she’s just as adorable, and this is probably not the most flattering angle of her eating: 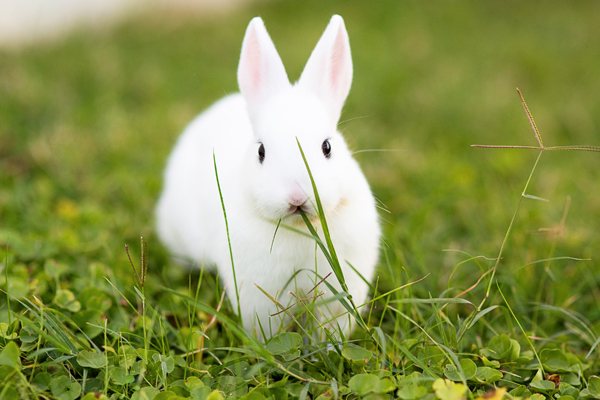 Here is London cleaning her face. Oh it’s so hard being a white rabbit, I show signs of dirt so easily… 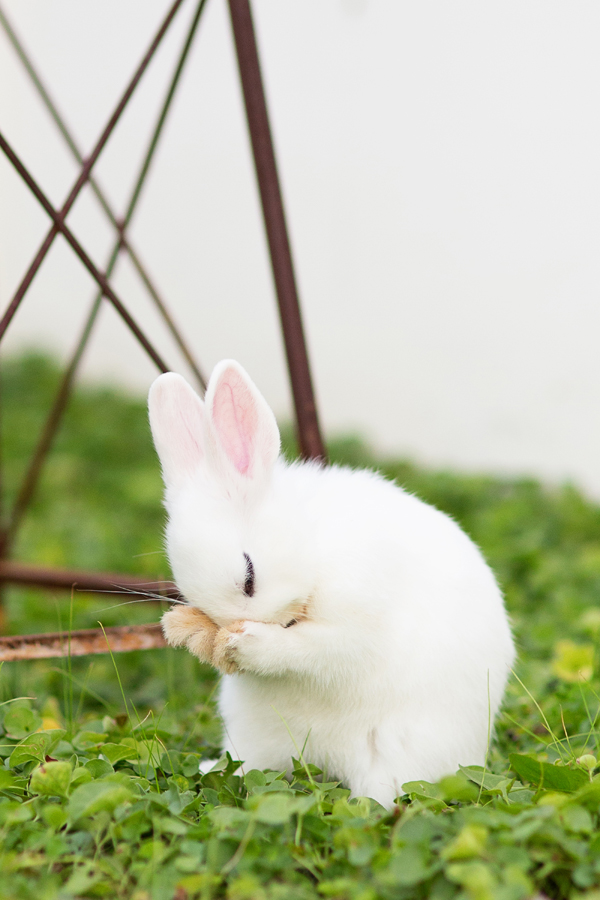 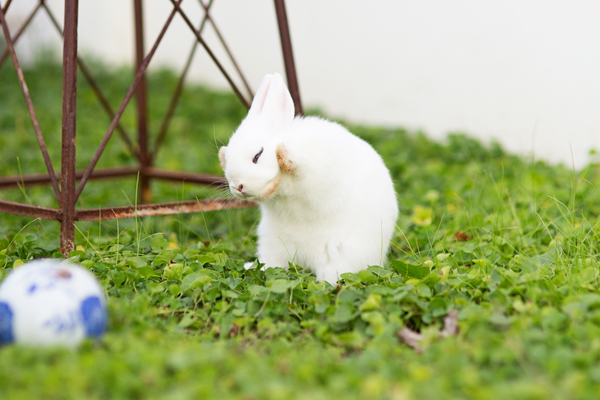 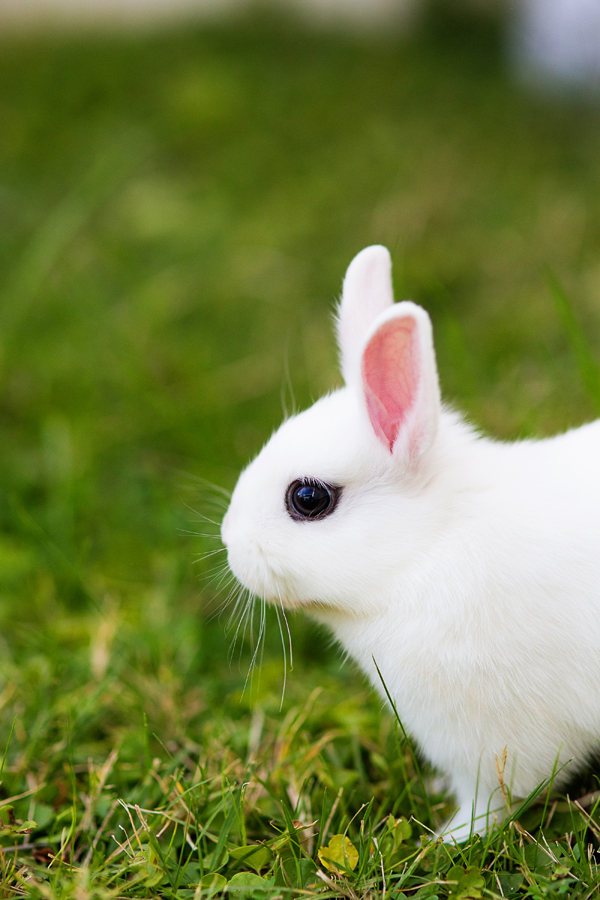 She’s the curious one who figured out she could go under the outdoor hutch. 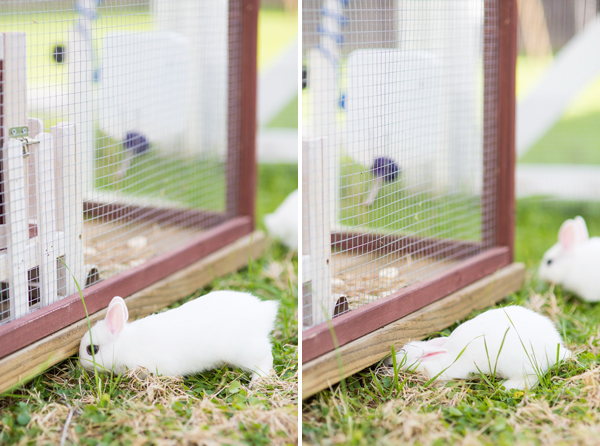 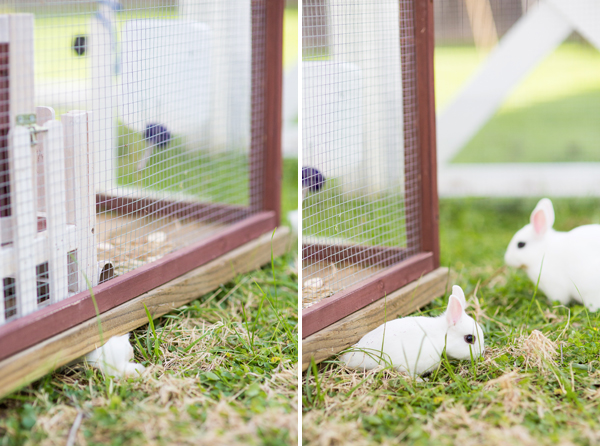 Then stopped playing under it after she got stuck under an old twig as she was backing out.  I know, I’m mean for snapping a photo before I helped her. 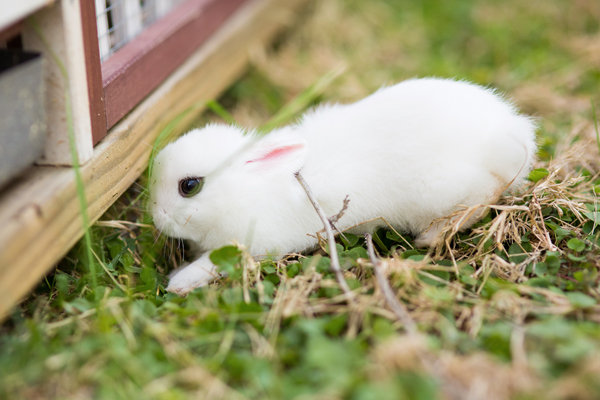 It’s hard to get pictures of them not because I’m chasing after them, but they keep running up to me out of curiosity.   Photographing rabbits is just like children, quick shutter speed to capture them at a moment’s notice and on AI Servo. 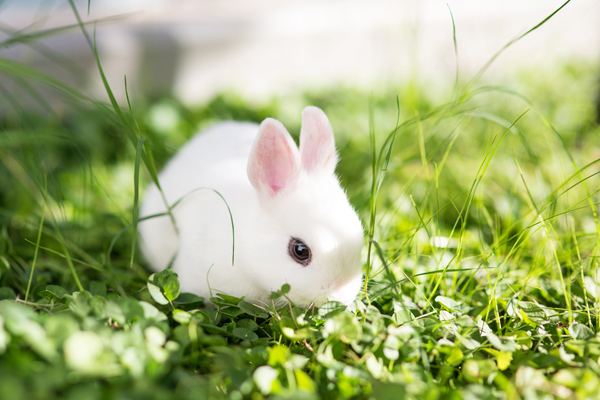 In other news, I should do a separate blog post on this, but I figured I’d at least mention it if you’re continued reading this far, I’ve started another blog.  Ugh, I know, what the heck am I doing.  To be honest, I’d rather blog about home stuff right now because that’s what I’m living.  I’ll explain more soon, but if you think I have awesome interior taste and you care to know what I’m doing around the garden and home especially, and bunnies, my more in depth home and garden blog is called The Heirloom Home.  I post randomly, no schedule.  You can subscribe via email to get the posts emailed if that’s easier or find me on Facebook and it tells you when a new post goes up.

And an update on the whole moving back home to Nor Cal. Negative.  I told Benjamin to wait until my parents came in for two weeks to ask my dad for his wisdom.  When we asked my dad joked along the lines of, “If you want me to live longer, stay here,” to “I miss you, but not that much” followed by chuckles. My dad is just hilarious.  But in all kidding aside, he didn’t think the transition would make sense until we both found jobs in Nor Cal and that we had a really good thing going on here.  My mother of course would love for us to move with with them (which in that case I’d much rather stay in Phoenix than live at home with my parents at this age).  I trust my dad’s wisdom and so it looks like we’re staying folks, at least for now until God starts opening doors for us to move back home.  All is well. Thanks for listening to me ramble.

Have a great weekend!

Diana Elizabeth wasn’t sure if she could or should do another blog but with the overload of home and garden stuff going on, she had no where else to put it.  So, why the heck not.

There are 8 comments on Our bunnies – Liberty and London.