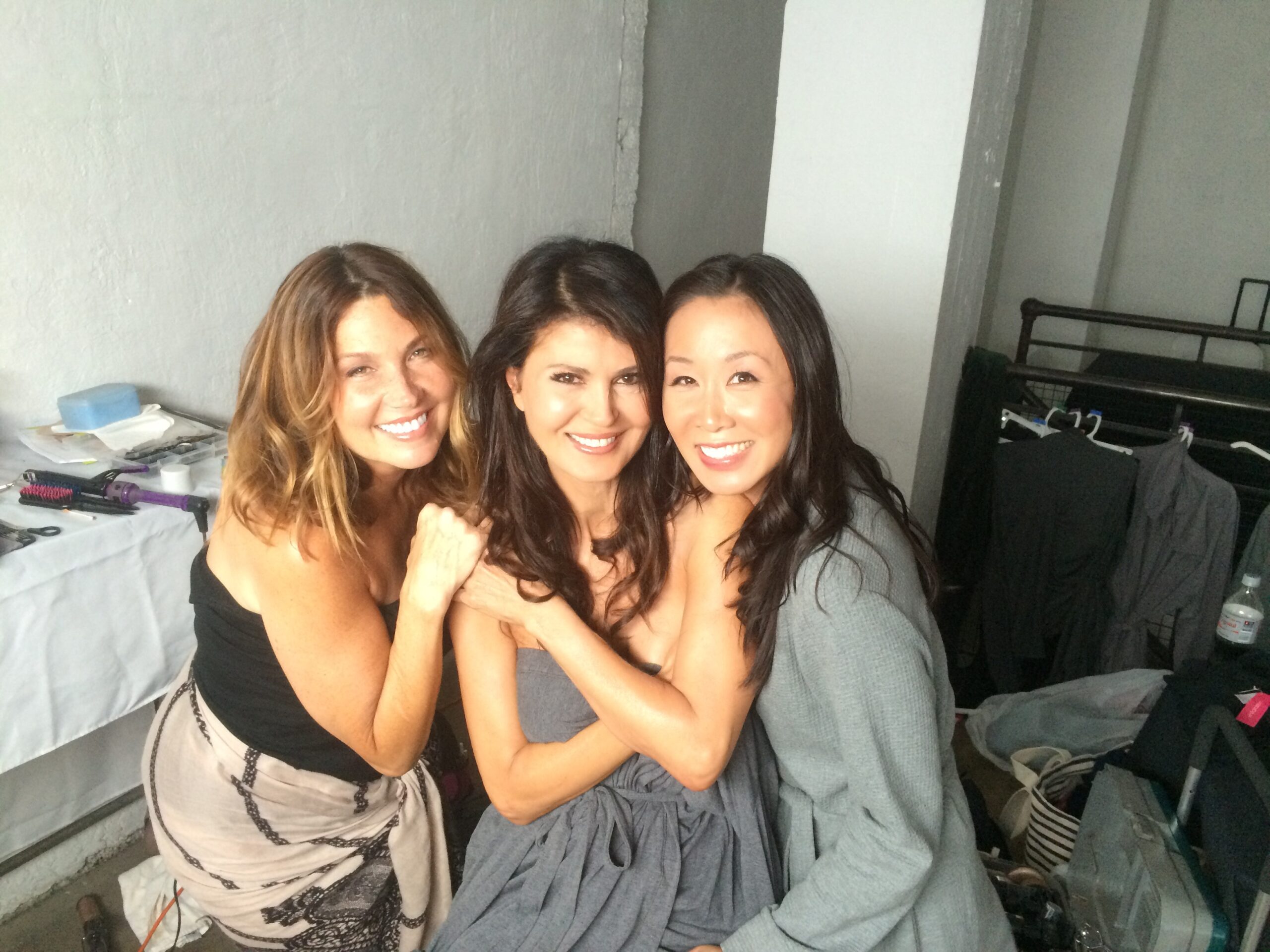 On Set for SimonMed Commercial 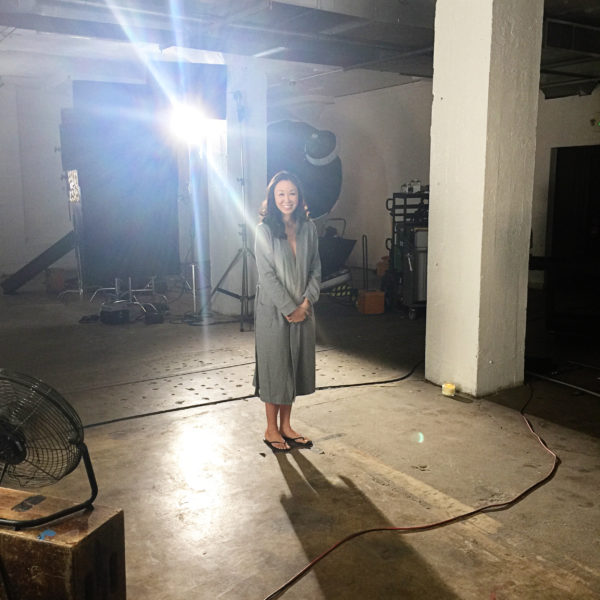 Last week I booked a mammogram commercial with SimonMed, filmed by Cox. We filmed at the Icehouse in downtown Phoenix – a former constable ice storage in 1910, manufacturing 300lb ice blocks for food industry usage and shipping to the East. Humorous to think that an icehouse would exist in the middle of the desert. When I returned to my car after the shoot, my car thermostat read 122 degrees.

As a photographer, I understand why this was a chosen location for the commercial. White walls, rustic, it’s clean and spacious. We used only a portion of the building which was split into two areas – commercial shooting and still photography. You can see in the top photo the background of the still photography area. 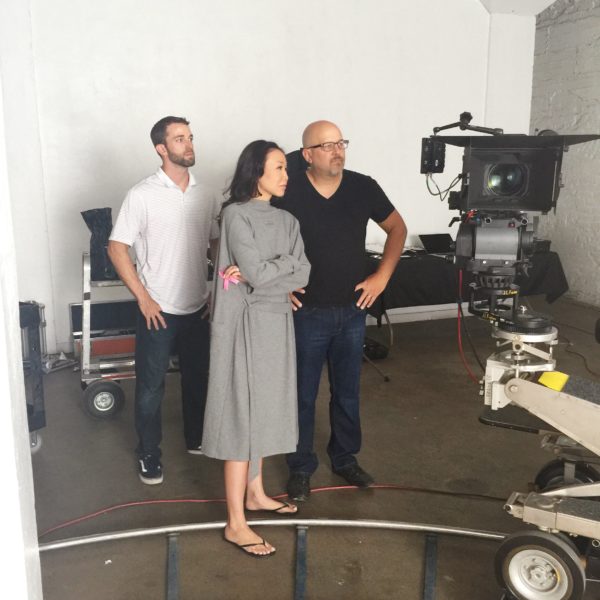 A little about this commercial – at first I was hesitant about the “topless shoot.” My agency is very good at no pressure and ensuring we feel comfortable, so I needed details. Once I realized we could be covered up with pasties and crossing our arms, also keeping in mind this would be on TV meant they aren’t going to show anything inappropriate, I felt OK. Also the fact that this campaign was for breast cancer awareness – to encourage women to get a mammogram and to feel empowered and comfortable in their own skin, I was definitely on board.

About 15 years or more back in the day I had an aunt pass from breast cancer. She was one of those Asian aunties that felt like was a real aunt to me and I think about how she impacted my life when I was little and growing up with her kids. I checked with Mr. Wonderful if he thought I should audition and he said, “Of course, it’s breast cancer and it’s medical.” It’s not like Hooters – no offense to anyone who would do it, we all have different preferences on where we draw the line (I wouldn’t get picked for that anyway due to lack of…). 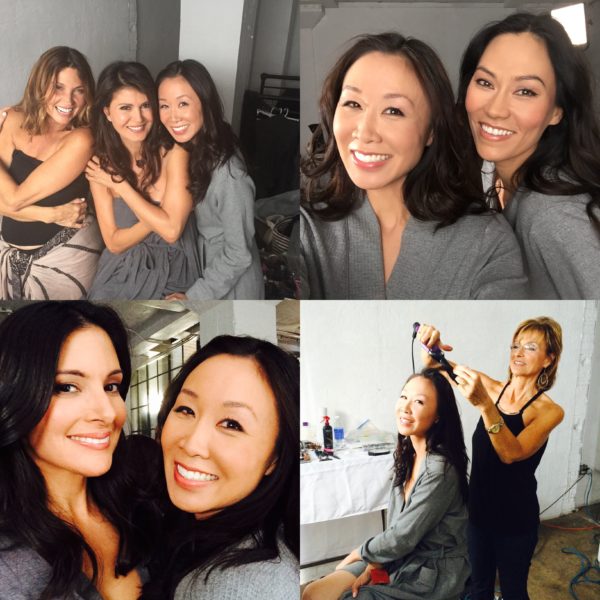 Top two are with my agency sisters – Cecelia, Micheline and Michelle. At The Agency AZ we are a small group so when we see each other, we instantly feel at home. Our agency is very loving and gives lots of hugs and love. Bottom left is my new friend Marissa who is with my former agency, she helped take a lot of photos while I was on set working. That’s also what models do – we know we like behind the scenes shots so we take each other’s phones and take pics. Models and actresses are so nice to each other by the way – we are overly chatty in auditions, we laugh a lot and we talk about the industry.

Many years ago, Arizona was a popular filming location for movies and commercials, this was probably a decade ago. Arizona used to provide tax breaks to directors and the film industry and suddenly that tax break expired and work has been slow for us. When our industry attempts to bring it back to vote again, there is hardly any movement, we have some guy who talks about how many millions the state paid out in comparison to revenue which he fails to leave out the money and tax revenue the state makes from the income of: directors, makeup artists, actors, hotels, restaurants, I mean the list goes on with production crew and how many workers it helps. It also helps employ so many of us in Arizona. In movies a lot of scenes that are supposed to be in Arizona are now filmed in New Mexico and Utah, it’s so sad.  Now when I look at bills I am always skeptical of what they present and I think beyond figures and who else can be benefiting from that people leave out. PHOENIX magazine wrote an amazing article on it last issue it made me so proud and hope it educated our state that one day it will come to fruition again and we can all be working a lot more than we used to. 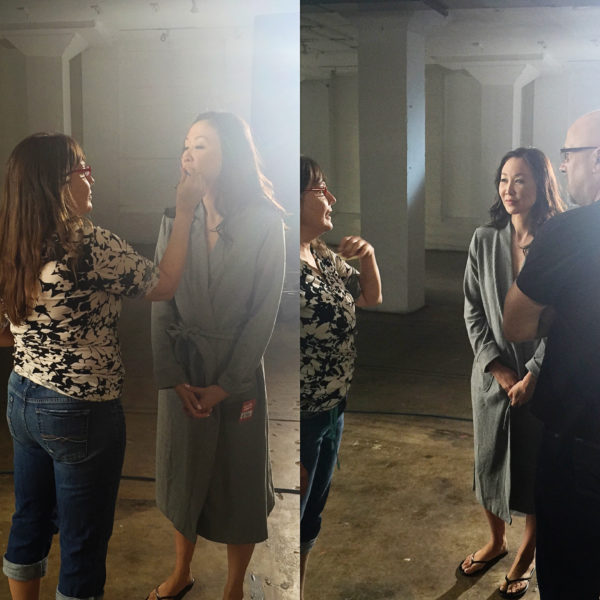 I also realized I had already worked with Mary, who did makeup, and Giselle who did hair. It’s nice to see regulars who can still sustain work in the industry over the years.

I spent an hour changing into a robe, in hair and makeup and waiting for my time to act, was on set for maybe 20 minutes acting, then lunch (I ate a hot dog and onion rings, I was the only model who ordered bad food, everyone else ordered salads!), and then I went to shoot a few stills for about 30-40 minutes that might end up in ads or billboards, the client will decide. The video footage looks amazing – not of me, but of all the women, it’s a tasteful commercial I’m proud to be a part of. I wish every day could be a set day.

A quick shot before I headed out the door, I’ve modeled with Cecelia on the left before with Kokoon. Love her! And in the middle is Micheline who has a 30 something year old daughter, seriously, drop dead gorgeous! It was a fun day and if I see the footage I’ll be sure to share. 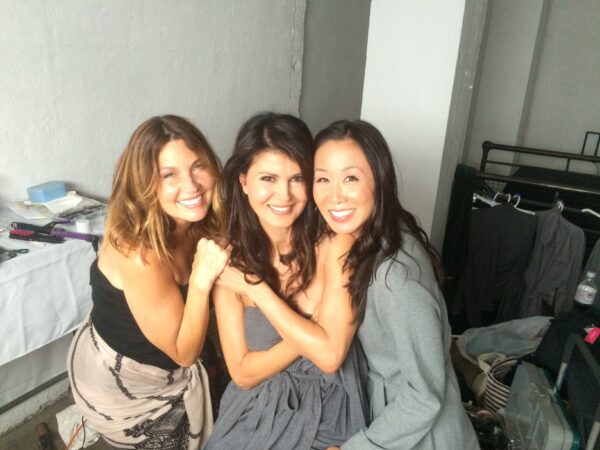 If you’re interested in how to break into acting or modeling, you can see my post here.