Skip to the content
HomeLifestylePhoto Tour of Montpellier, France 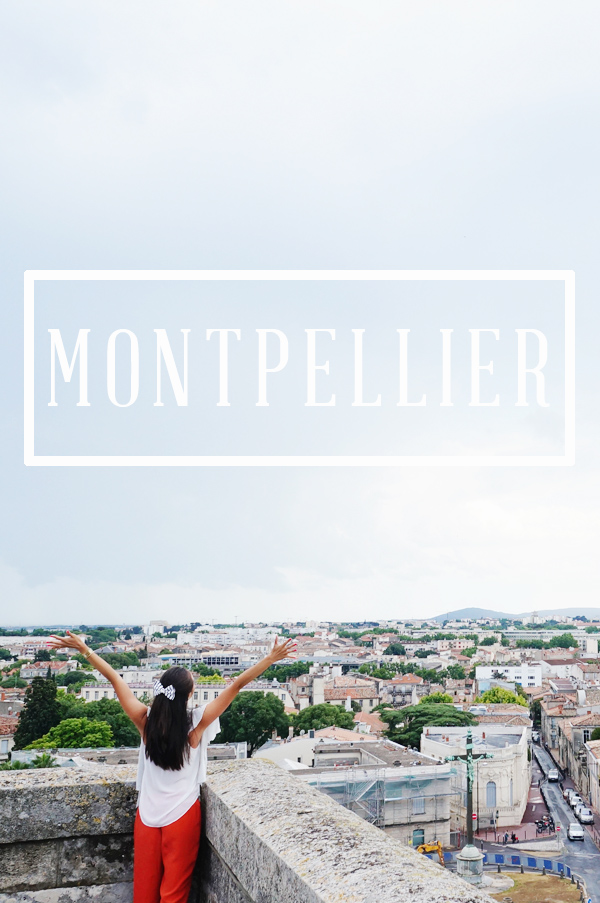 Staring from Nice and working our way slowly west, we had to return to a city with an airport to eventually return home to the States.  Montpellier is a very large city filled with lots of students and international students, a young crowd. We only had half day and really a few hours to see Montpellier after a lengthy drive from Le Somail after leaving our Le Boat fun down the Canal du Midi.

There’s quite a bit of history in this city, lots to see if you take the time to grab a tourist map and see the Historical Montpellier.  There is a lot to see while you can also check out the shopping on your way.  Since we only had a few hours I wasn’t able to give as much time as I wanted to this city, but it’s a lovely location to walk the streets, of course lots of decisions when it comes to food.  There’s a pretty park that you can’t miss right in the middle of the plaza area.  Visit the Montpellier tourism site here.

Things we saw and where we ate

We were starving so we found a little spot to eat.  It was around 3 p.m. and many restaurants were no longer serving lunch as they were out of food and getting ready for dinner.  So eat when the French do or starve.  But we did find a place that was serving, so just ask around. 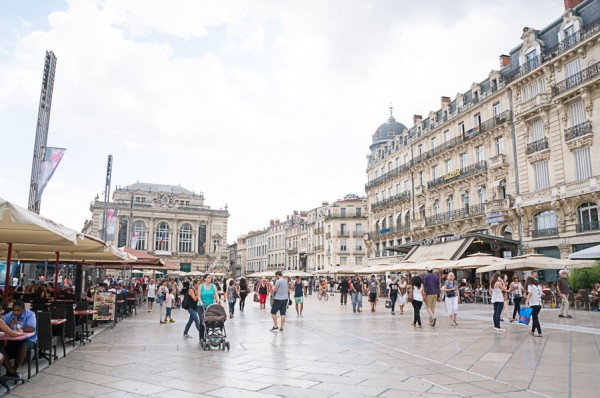 For lunch I decided to cater to my sweet tooth and get a banana Nutella crepe with vanilla ice cream.  I should also clarify that it’s pronounced “krepe” not “cray-pe” as us Americans say.  I’m not sure where we put the “A” vowel in the word but I’ve come to the conclusion we have butchered many words.  Did you know “tampon” means stamp in French? 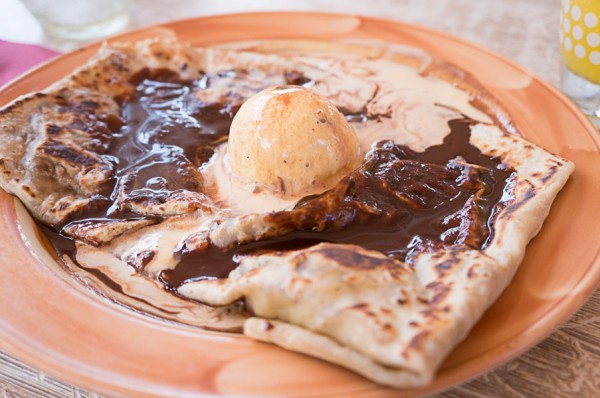 The drink of choice in France, Orangina!  I have loved this drink as my local LGO has this and it’s a treat.  I drank way too many of these. 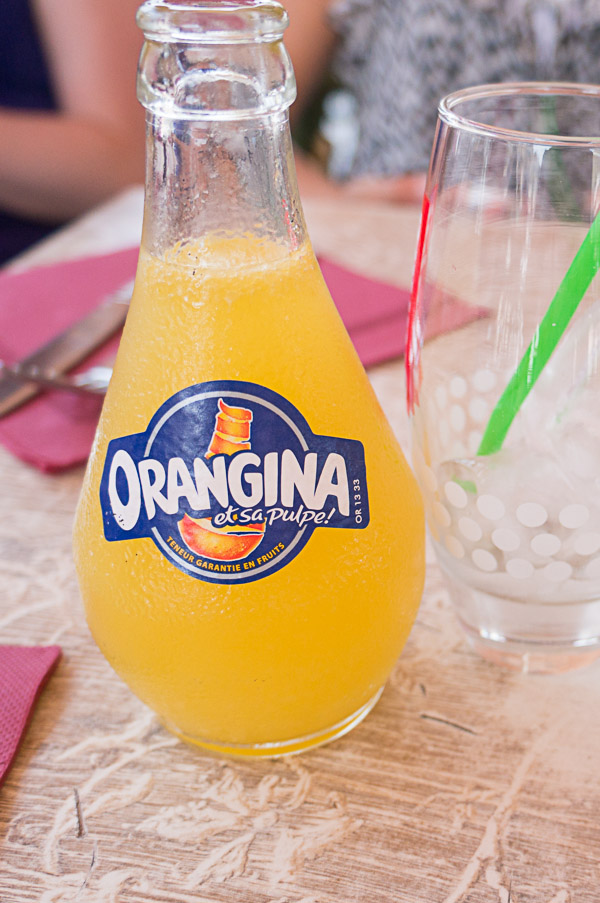 Oddly enough during lunch a storm rolled in and just poured on us, but only for a few minutes as we waited for it to pass so we could explore the city. 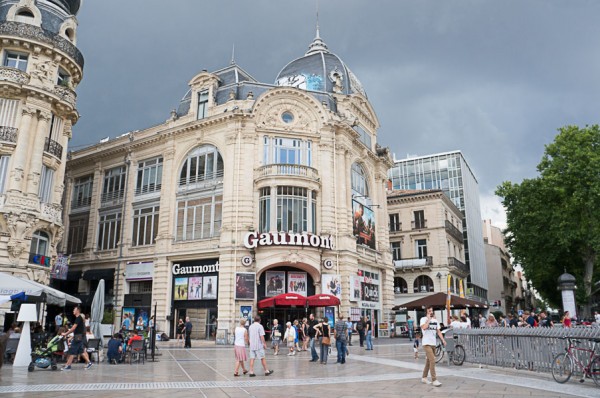 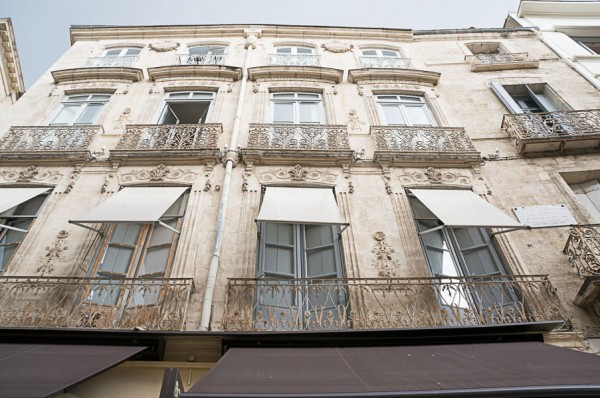 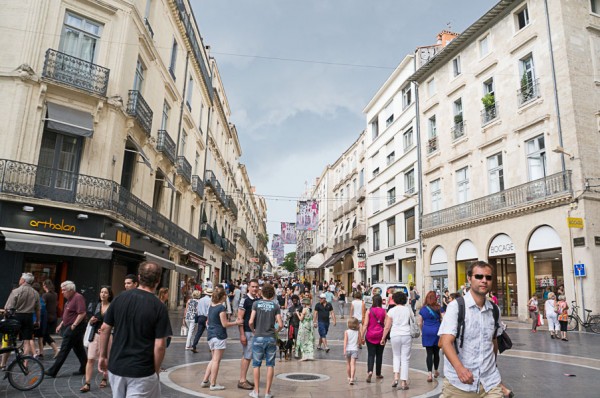 The Arc de Triomphe.  Now I know you’re thinking as I thought, wait, isn’t this in Paris?  Well, apparently there are many of these in the country, not just Paris.  This one was created in the 17th century to honor Louis XIV and was built where one of the gates of the rampart used to be. 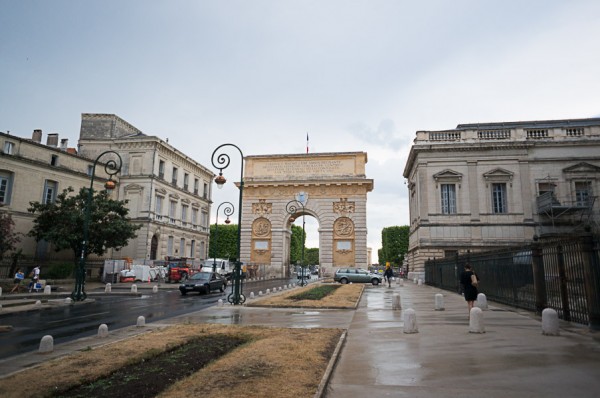 We got the access to go up top as we were press and wow look at this view!  Thanks to Crystal for this awesome photo, my favorite.  She was so patient with me taking photos of me, I am so thankful.

I believe I was yelling, “I love France!!!!!” from the top of the Arc. I mean, what better place, right? 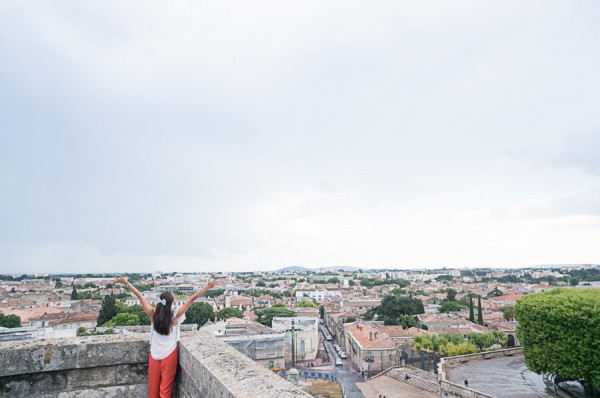 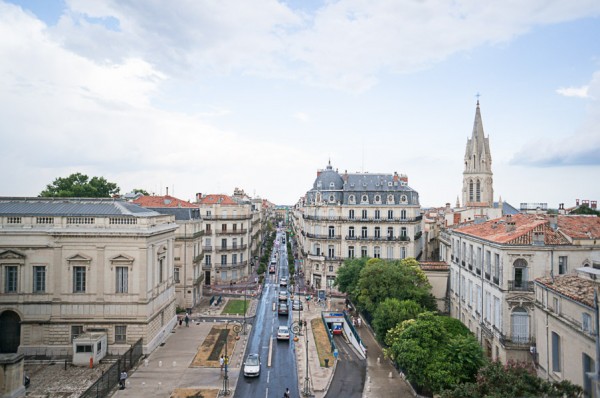 Can I stay, pretty please? 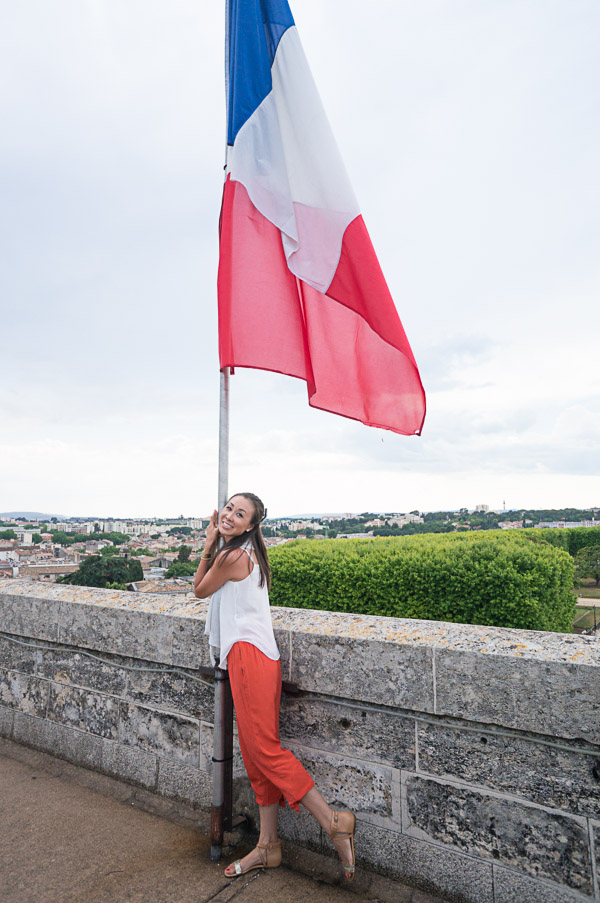 Let me also briefly tell you about me waving around the wrong flag around town.  But first, let me explain that I know what the France flag looks like before the mishap.  I had purchased a blue, white, and red striped flag from a tent selling World Cup memorabilia.  I started waving the flag around town, taking photos with it (including the top of the Arc) and I reviewed the photo off my camera right.  “Wait a second,” I said, “Those stripes are going the wrong way, is my flag broken?”  I freaking bought the Netherlands flag.  And this dumb American was waving it around the Arc taking photos.  HOWEVER, for the record none of my other blogger friends even noticed, nor the France gal giving us the tour, so it was an easy mistake, but I caught it in time!  THANK GOD!  You know, before I started waving it around the streets at night during the World Cup game and got spit on.

Tsk tsk, what happened was the flag I purchased was displayed sideways, so I saw it the CORRECT way of the France flag.  So for the record, that guy probably knew I wanted a France flag but sold it to me anyway.  I want my 3 euros back.  I suppose I made some funny memories for everyone else at my expense.  I shall never show you those photos on my blog. 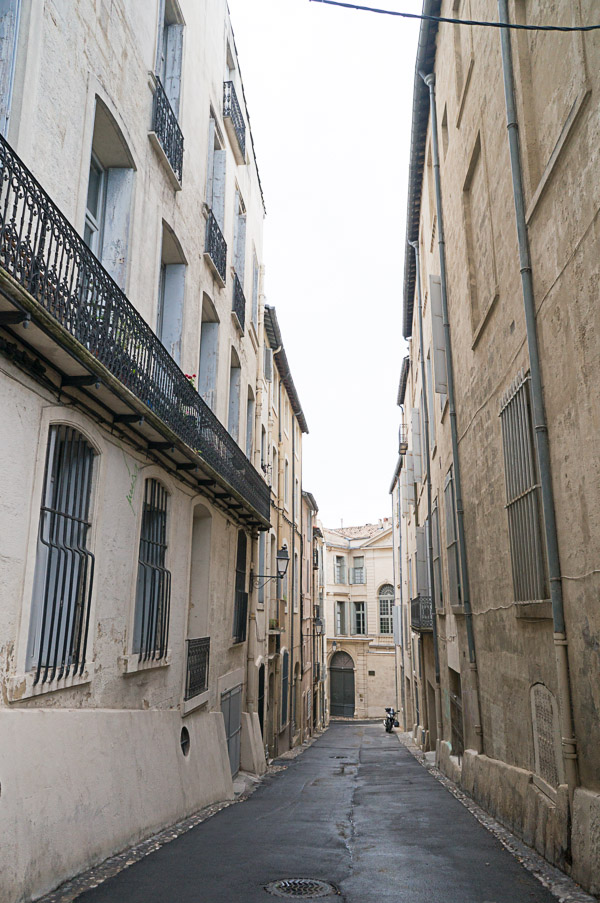 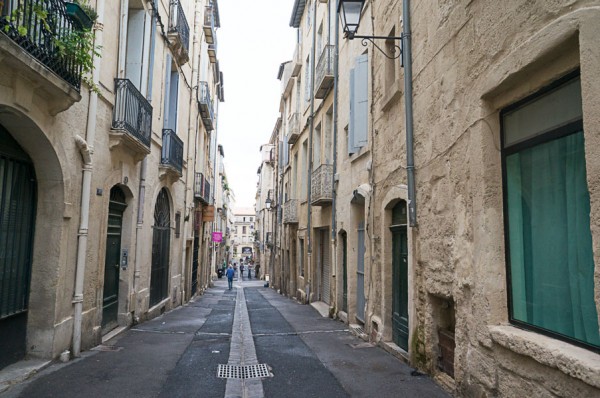 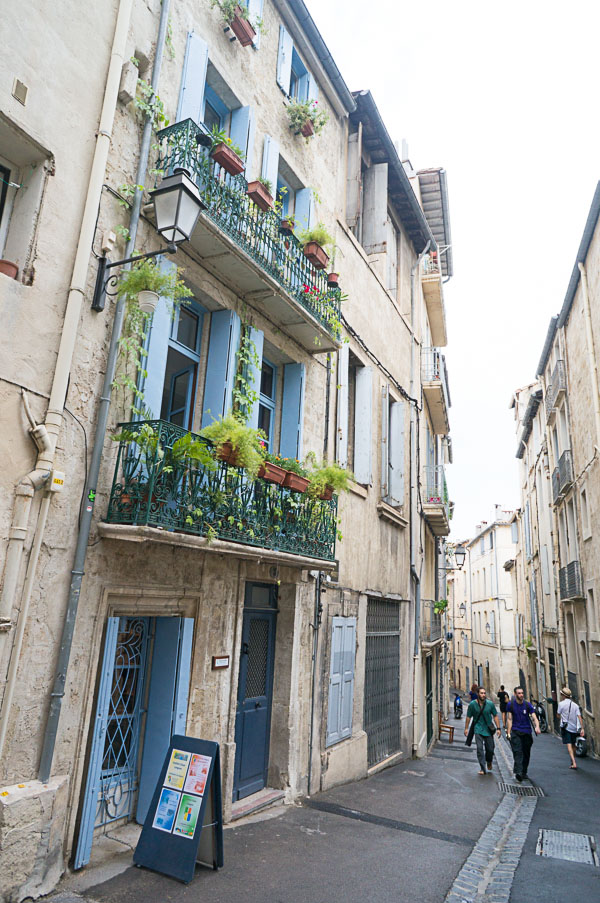 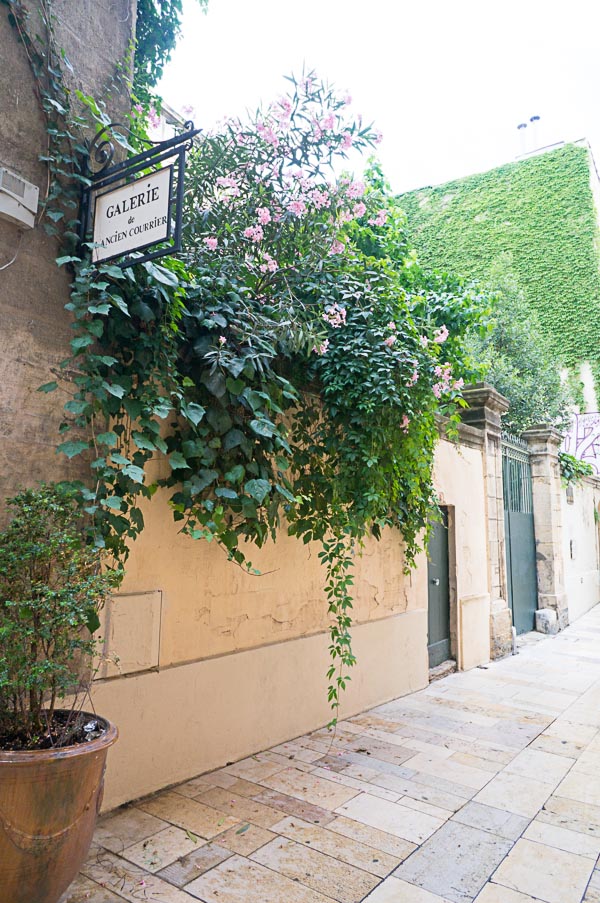 We saw a medieval Mikve used by the Jewish who used it to purify their bodies before a lot of the holidays. This was also an exclusive because we were press.  I believe I was told it was around since the 11th century but again, I’m bad at numbers so I could be wrong. They build where natural water comes in and it is very cold. They dip themselves in it, not to wash themselves. Observe how clear the water is which is also 10 degrees Celsius. 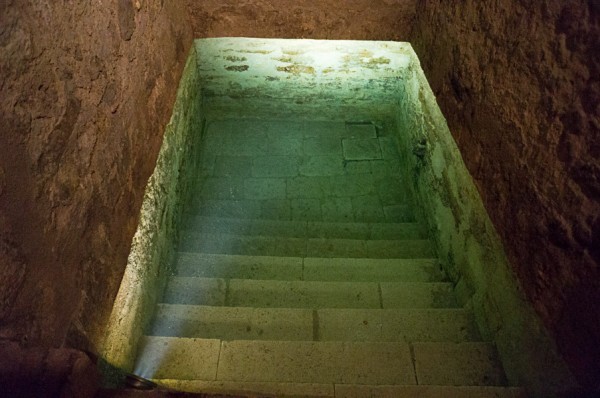 A little dinner at La Panacée.  Even though this was really amazing to see inside, we decided to enjoy tapas outdoors since the weather was so lovely. 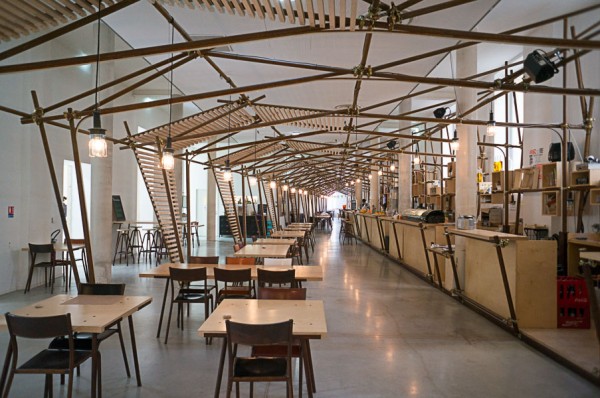 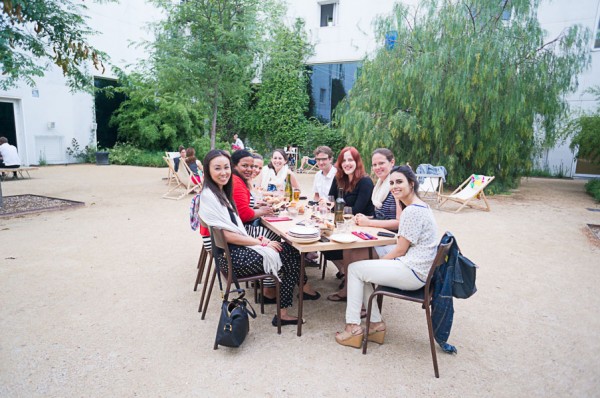 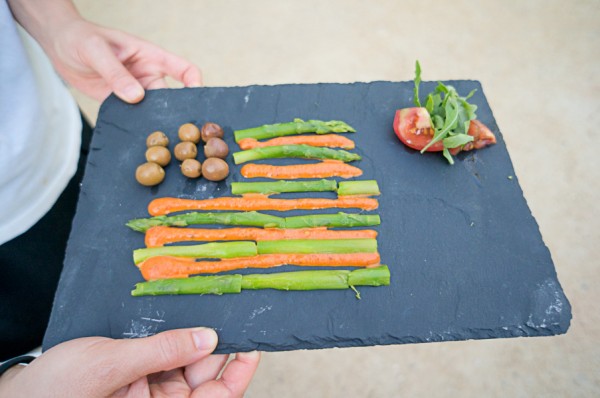 The kitchen staff was so excited we were Americans they made us a special plate!

The World Cup was on TVs set outside by restaurants and everyone was outside cheering which was an amazing experience to observe, listen, and cheer for France.  I was genuinely rooting for France to win all their games.  I know, I’m not quite patriotic, they still let me back in the States but when one spends 10 full days in France exploring it in unique ways, well, of course I’m going to fall madly in love with everything about it! 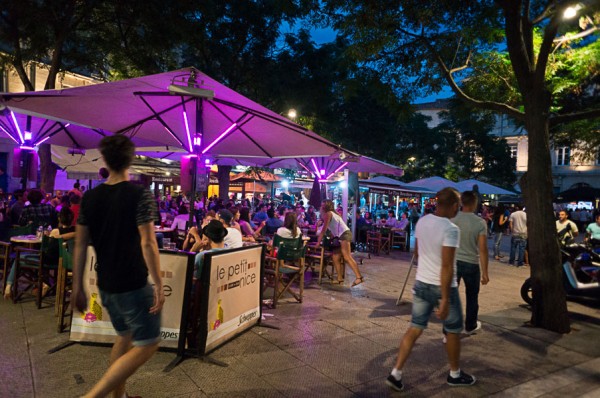 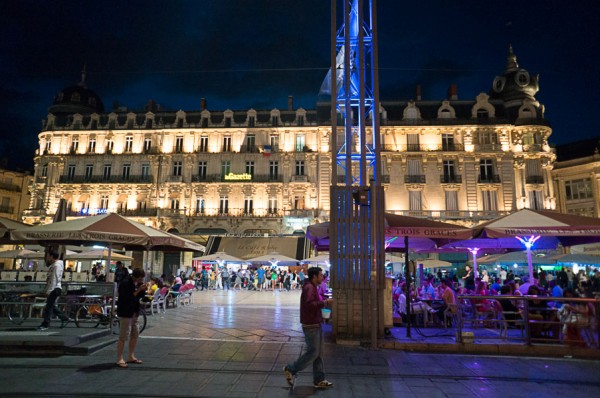 Oh, goodnight France, what a way to end a lovely trip. We said our goodbyes with long hugs and sweet words, sad that our adventure had come to an end – that moment you wish wasn’t happening so soon, that time when you know as soon as you said hello that before you would know it, you’d have to say goodbyes.  I will forever treasure my time with my sweet blogging friends and hope one day we can travel again together, as we all bring a unique background and specialty to the blogging world.

Have you seen my 3 minute video tour of France?  Click here.

Diana Elizabeth is ready to give you some tips about visiting France, a few more travel tip advice and also a France giveaway!  Stay tuned and make sure you don’t miss it. 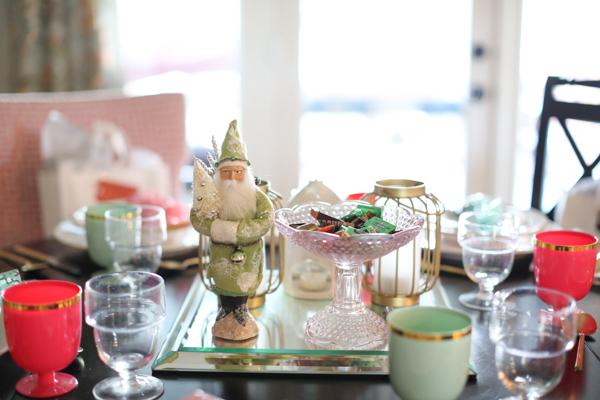 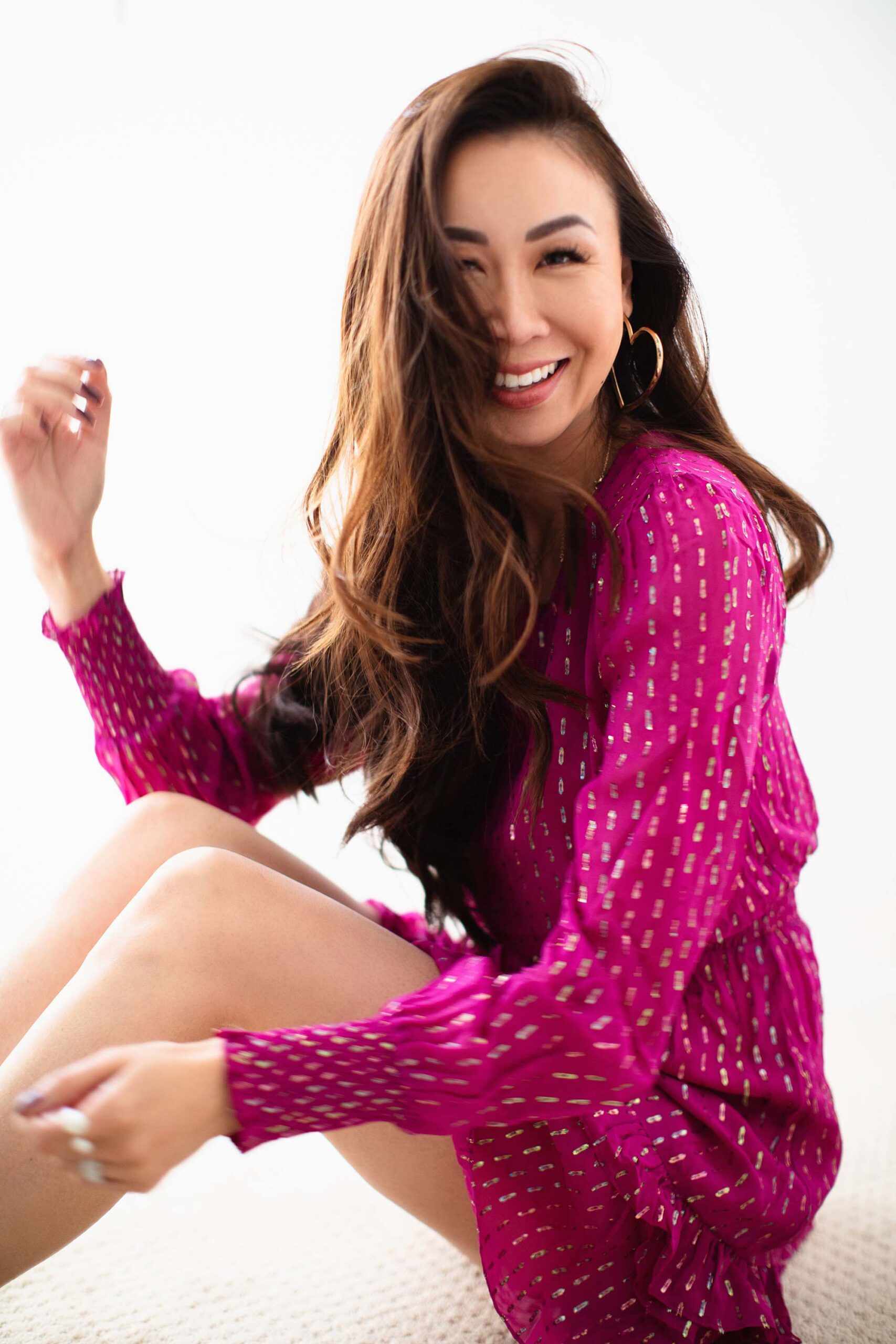 I had a few new methods to clearing out my closet, something I do ofte

And this girl is going to go nutso once again. I was sad when he cance 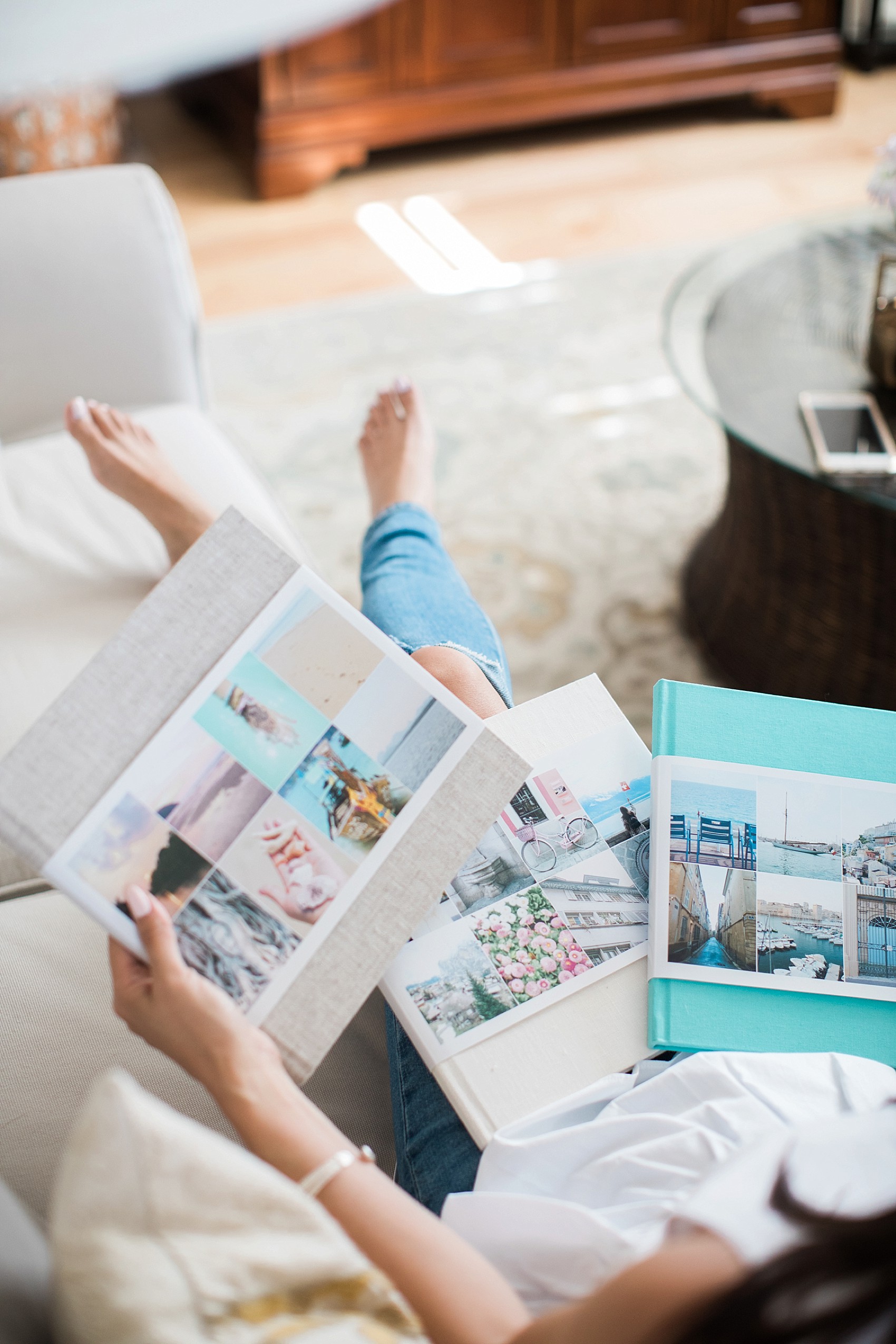 My Favorite Album Printer for Memories

I’ve always been healthy – although accident prone which h