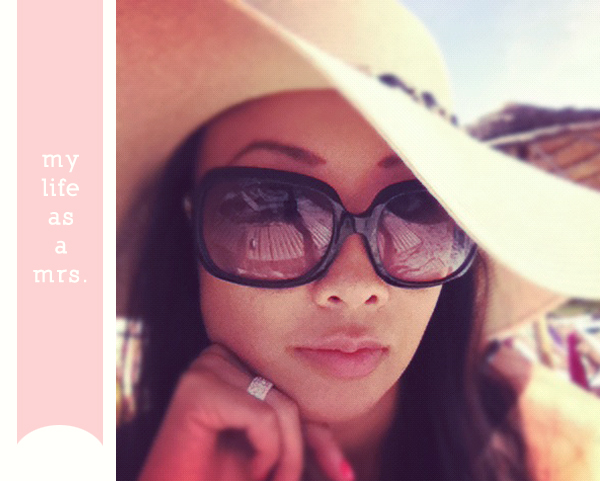 One of the best things about my husband is that he never makes me feel dumb or embarrassed about anything.  If I say the wrong word that sounds like the word I wanted to use – which happens pretty often, or if I don’t know about the latest world issues, he simply let’s me be, doesn’t care, and still thinks the world of me.

Lack of correction only makes one feel more safe to be who they are, flaws and all.  And let’s face it – in life, often if you correct someone just for the sake of correcting, you are either, 1) a jerk, and/or 2) you just end up making the other person – most often your friend, feel stupid, and it serves no purpose other than to make you look like a correctional officer. (However, I am all for correcting someone if it’s detrimental for them to no longer use or pronounce the word like that for the rest of their life!  I kept saying the word “equine” incorrectly that my girlfriends who were horse riders had to tell me the right way so I didn’t make a fool out of myself!)

Anyway, Mr. Wonderful is so wonderful about being so incredibly nice and protecting myself from well, myself if that made any sense.

“What is this?!” I screamed as I ran into the other room, my hair half done in a chignon bun.

The center of my head of hair rarely sees light so I came across an almost 4 inch long strand of white hair.

“It was just a string honey,” he says as I feel a yank from my skull. He always tries to make me feel better.
“Um, I felt that, pretty sure that was attached,” I said.
“I pulled another brown hair out with it, so it was probably a string,” he smiled.

Let’s be honest.  The fear isn’t getting white hair.  We all collectively as humans get to participate in getting white hairs, wrinkles, and saggy somethings.  The question that raises the fear is more along the lines of, how long have I been this way? That creates the ultimate shock response.  But now, I’m over it.  I’d much rather have white hair than deep crows feet.  I’ll probably get that next year for my birthday gift anyway.  Whatever, beauty is fleeting.

“Do you want a score card?” asked the woman as she gave us our golf clubs.
“Yes!” I quickly said. I wanted to dominate a challenge.

“Let’s just play for fun babe,” he says after my ball finally made it in the cup.

I married a good, good man.

Diana Elizabeth and Mr. Wonderful agree that you don’t always have to play by the game rules.  Sometimes making up your own rules is way more fun.  Don’t be a game rule stickler.

There are 3 comments on Hiding the truth & changing the rules.