Remember this time of the year, last year?  I was on the front website of Kokoon’s store.  I was asked to model again for their sales meeting preview party at the Hotel Valley Ho in Scottsdale. 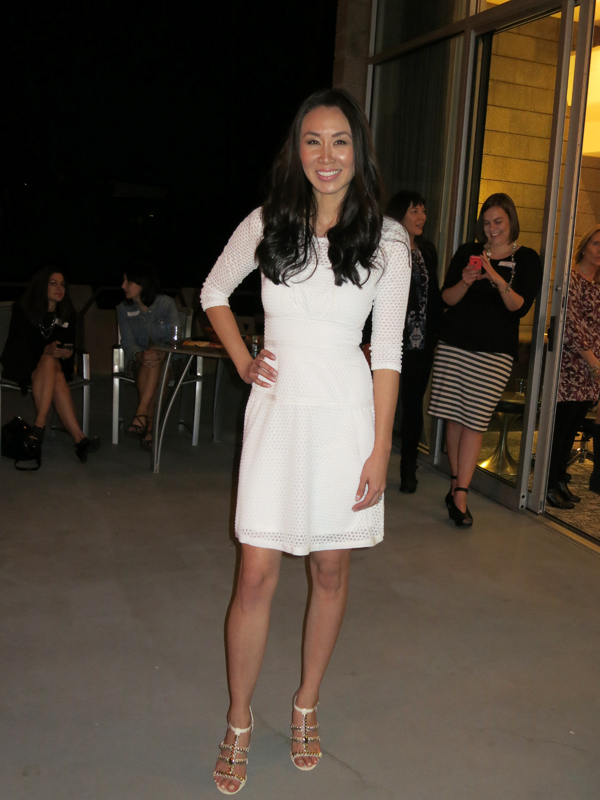 These are going to be iPhone photos, sorry about that, but it’s hard enough to try to get your husband to take a shot knowing there’s also a flash delay on a point and shoot.  Lucky for me, the Kokoon sales reps are always the sweetest and emailed us some phone pics. 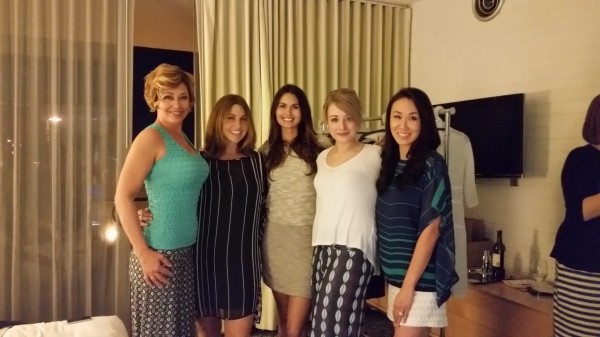 This is Amber who modeled for Kokoon’s Spring 2015 line!  She is such a happy genuine sweetheart – I was excited to see her again.  She opened the show. 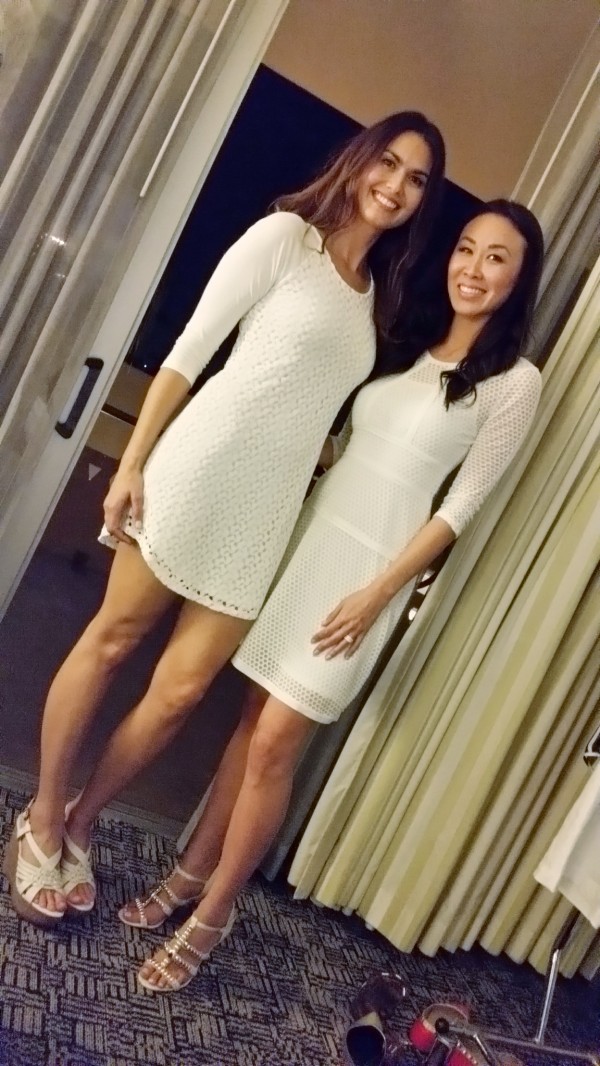 This aqua dress also comes in navy and the fabric itself comes in tops and shorts.  I put in an order for the navy shorts. I modeled a pair and fell in love, you would too!  So for informal modeling, you just walk around and stop and let people take photos of you, feel the fabric and answer any questions they might have.  Then when you feel like they have seen enough, you walk to the other part of the room.

I tend to pose for a long time having been a former pageant girl.  I like to lock eyes with every person as if they were a judge, ha! 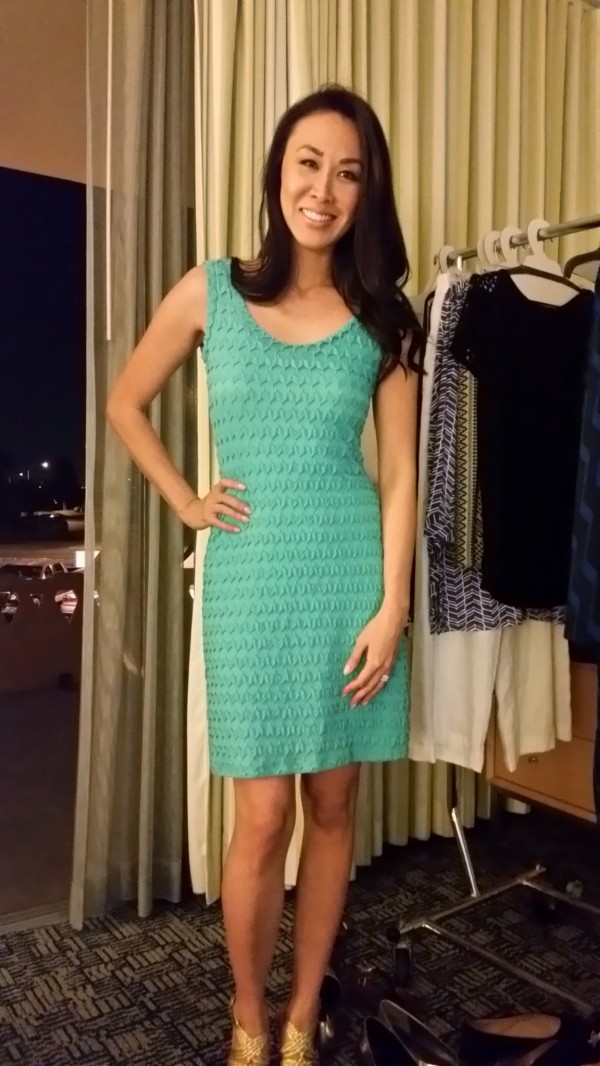 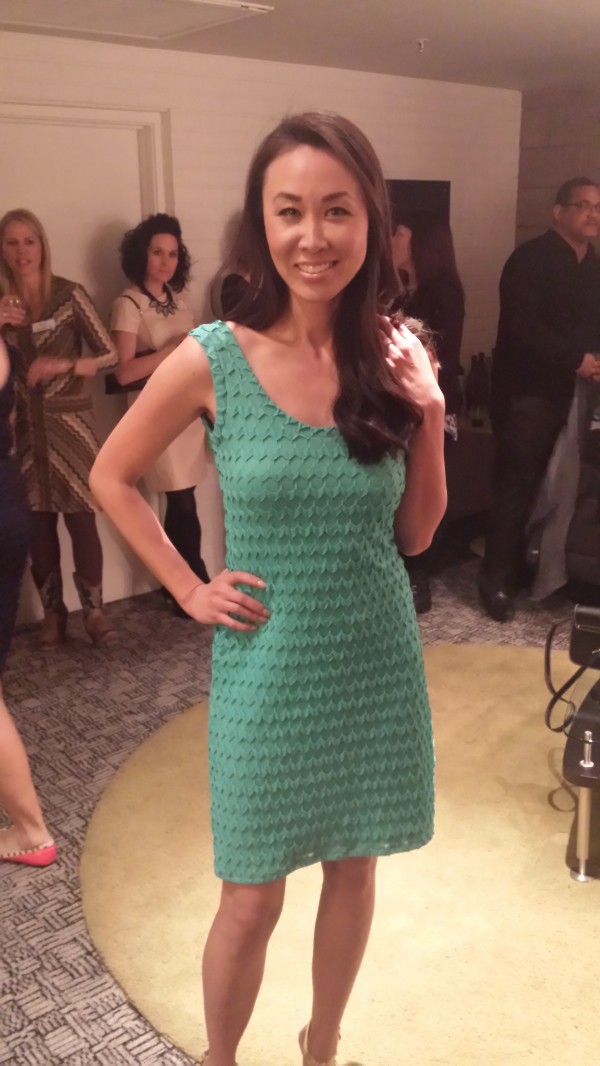 This was also a fantastic night because it was the night I met my new agency.  I’ve been acting/modeling for almost 15 years and have moved agencies for growth, career direction, and for several reasons that happen in your life.  Several industry friends have moved or been a part of The Agency for a while so the transition seemed natural for me.

I met them on a Friday night, and a few emails over the weekend, I signed with them that following Monday afternoon!  It’s so exciting to start this new year with a new agency who supports me and my career ambitions. 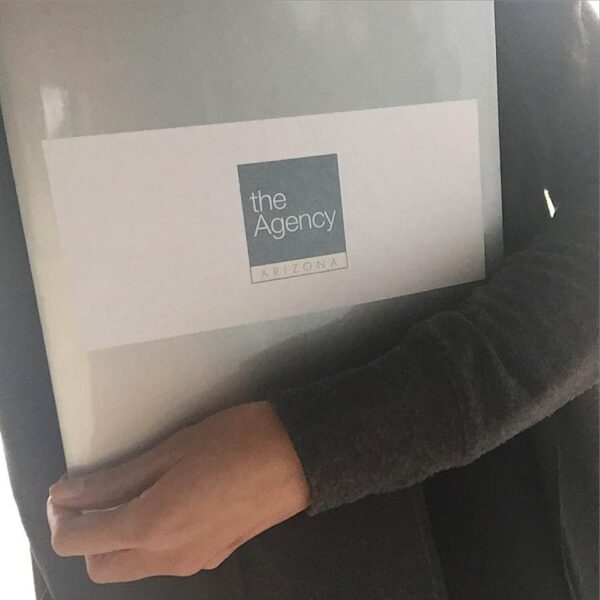 I’ve had my eye on moving for over a year, and this time I believe was destiny – kinda that opportunity that I needed to just do it!  So you can now find me at The Agency Arizona!

Back to Kokoon, their spring line debuts February 1 on their website.  I’ve already placed an order, and I’ll show you my top picks soon!

There are 6 comments on Spring modeling + new agency.