This is my – hee hee – I’m totally here at a Bieber concert, again – look. For a girl who doesn’t like concerts – only Mariah and John Mayer, you can now add Justin Bieber to my must see LIVE list – I seem to have been going to concerts a lot lately. I watched last night’s I Heart Radio Music Awards because he performed and won a few awards, you can say I have a crush! 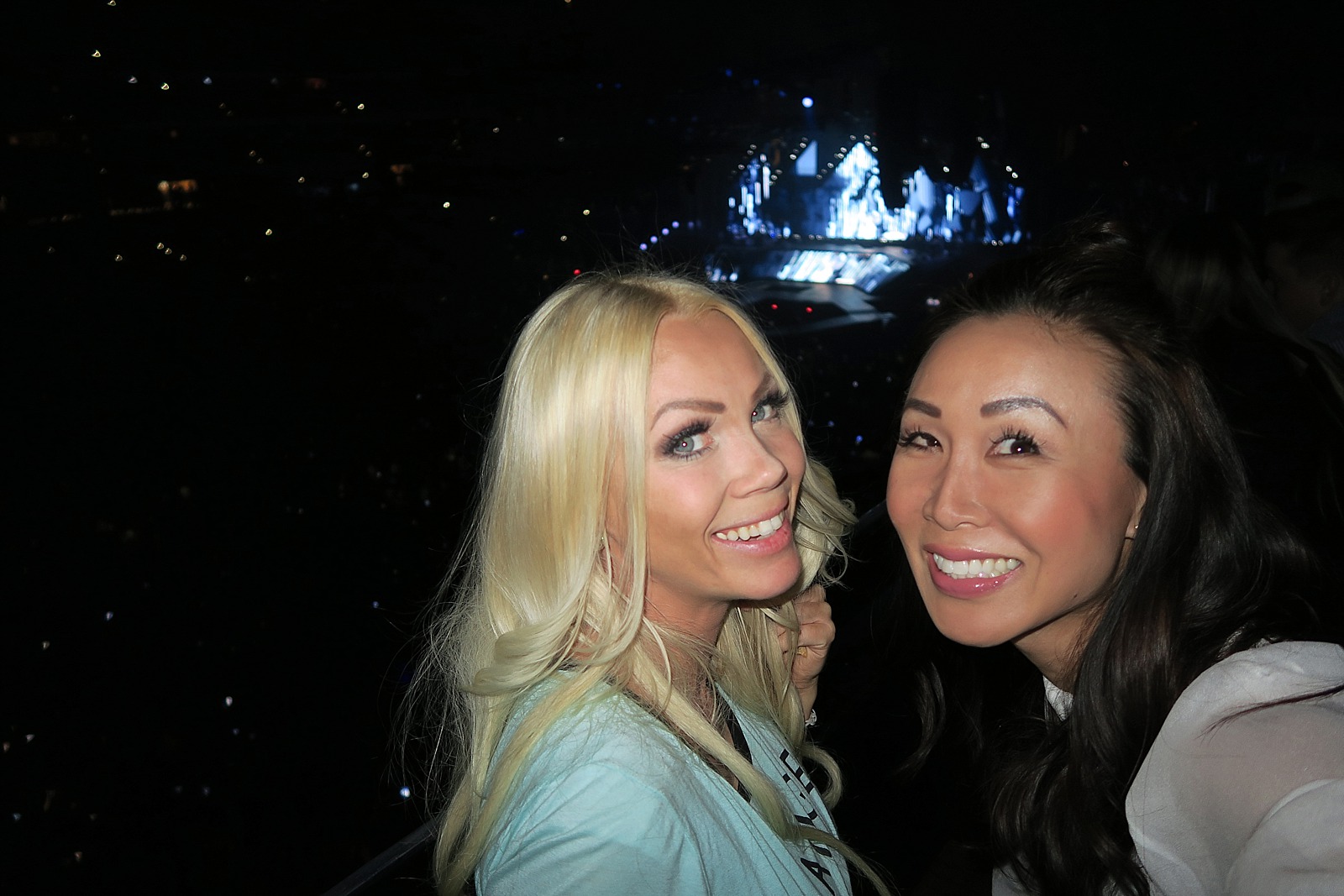 I feel so fortunate to see Justin Bieber’s Purpose World Tour – twice, it was nice! I saw him in San Jose a few weeks ago courtesy of my college bff who works for the 49ers and got to view the concert from the niner suite. For the Phoenix performance, a huge thanks to my bestie Meagan courtesy of Sanderson Ford – owned by her husband’s amazing family.

Sommer and I had a blast at the concert in Glendale (Phoenix) and this time – oh yes, I got a sweatshirt. I love that this girl loves to sing and dance and just get into the moments with me. There’s nothing like having a partner in crime who shares the same enthusiasm!

On the suite level there was a private  mini (and less crazy) merchandise store – thank the heavens. I attempted waiting in line at the general merchandise store thinking I could look at more options but after I moved two people up and missed two songs I was like, Forget it, I’m going back upstairs to see what’s left.

Picking up a shirt with Justin’s face on it, I whispered to the older sales lady, “I’m not sure if I want his face on my body, that just doesn’t seem right.” She leaned in, meeting me across the table, and said sweetly, “Well, you’re not 14.” In which we laughed and I said, “Good point, I think I might be closer to his mom’s age than his age – I think I’ll go for the sweatshirt.” (Insert profusely crying emoji here).

Incase you’re wondering, Justin’s mom is 39, and he’s 22. He’s also rumored to have had interest in Kourtney Kardashian and she’s 36 (I’m not buying the rumor because I really do think a Jelena reunion is going to happen). I mean, I’m happily married but I’m just saying it’s OK to be a Belieber at any age. For the record, I would wear John Mayer’s face on my body, because JM is older than me.

During the concert merchandise purchasing, I met the owner of the Arizona Coyotes who was located in the suite next to ours and looking at merchandise as well. He told me it took a lot for him to convince Justin to wear an Arizona Coyotes jersey during the first two songs. He then asked if I’ve ever been to a Coyotes game (which I have twice, but only for the company because I really don’t understand hockey).

Back to Bieber, oh my gosh he’s soooooo cute. Not only cute, talented. He really sings his songs. 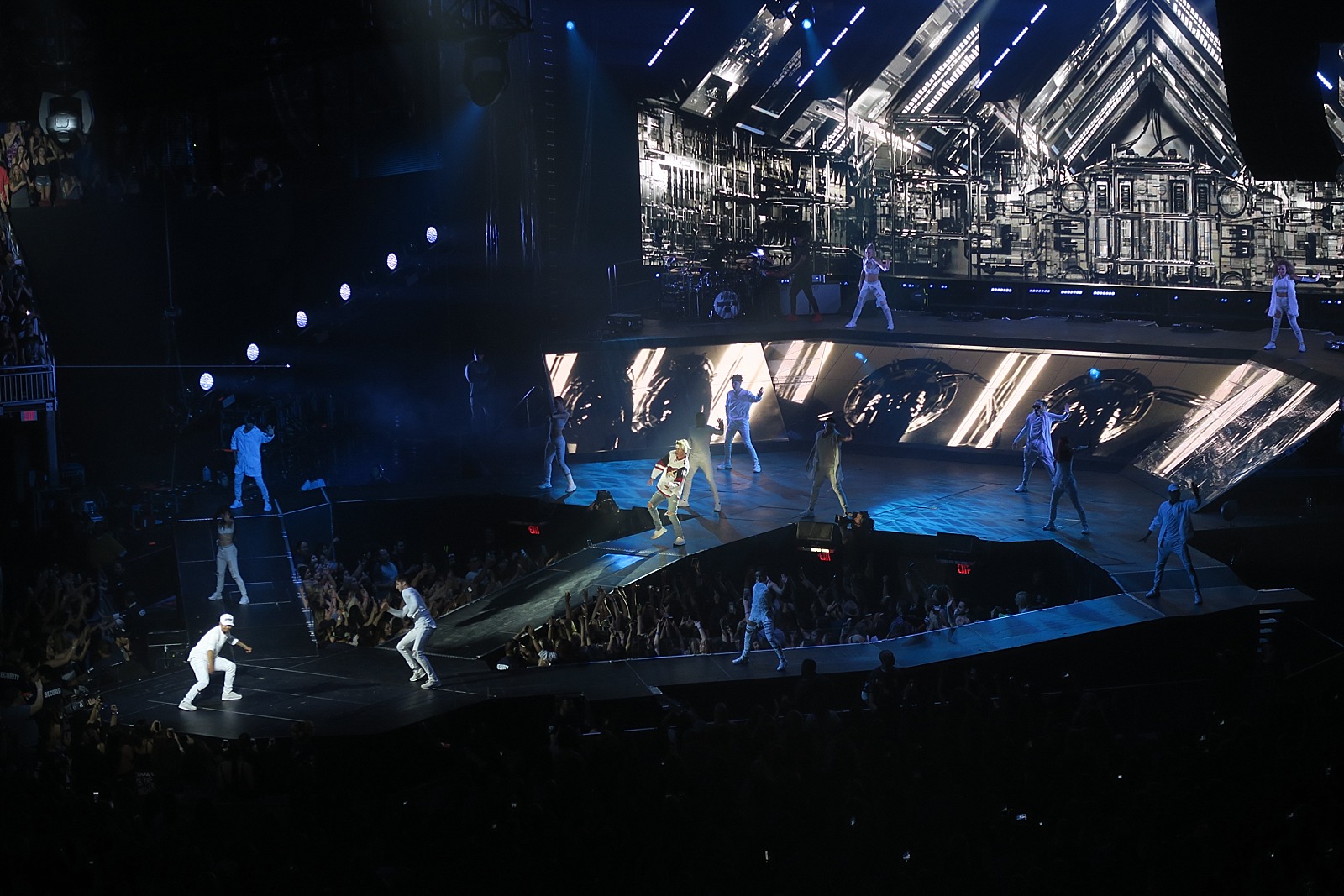 This time, I took less photos and more phone videos, like this one on Instagram – again, I’m notorious for not taking the time to pick a better still for video frames and I look like someone is stabbing me.

The tour goes all the way through July – so you can catch him as he heads moves east. If you like him even a little, just go, it’s a great concert, I mean this really is THE album and Justin is at what I think a really high peak in his career.

Blurry photo, but it “feels” if you get what I’m saying ;) 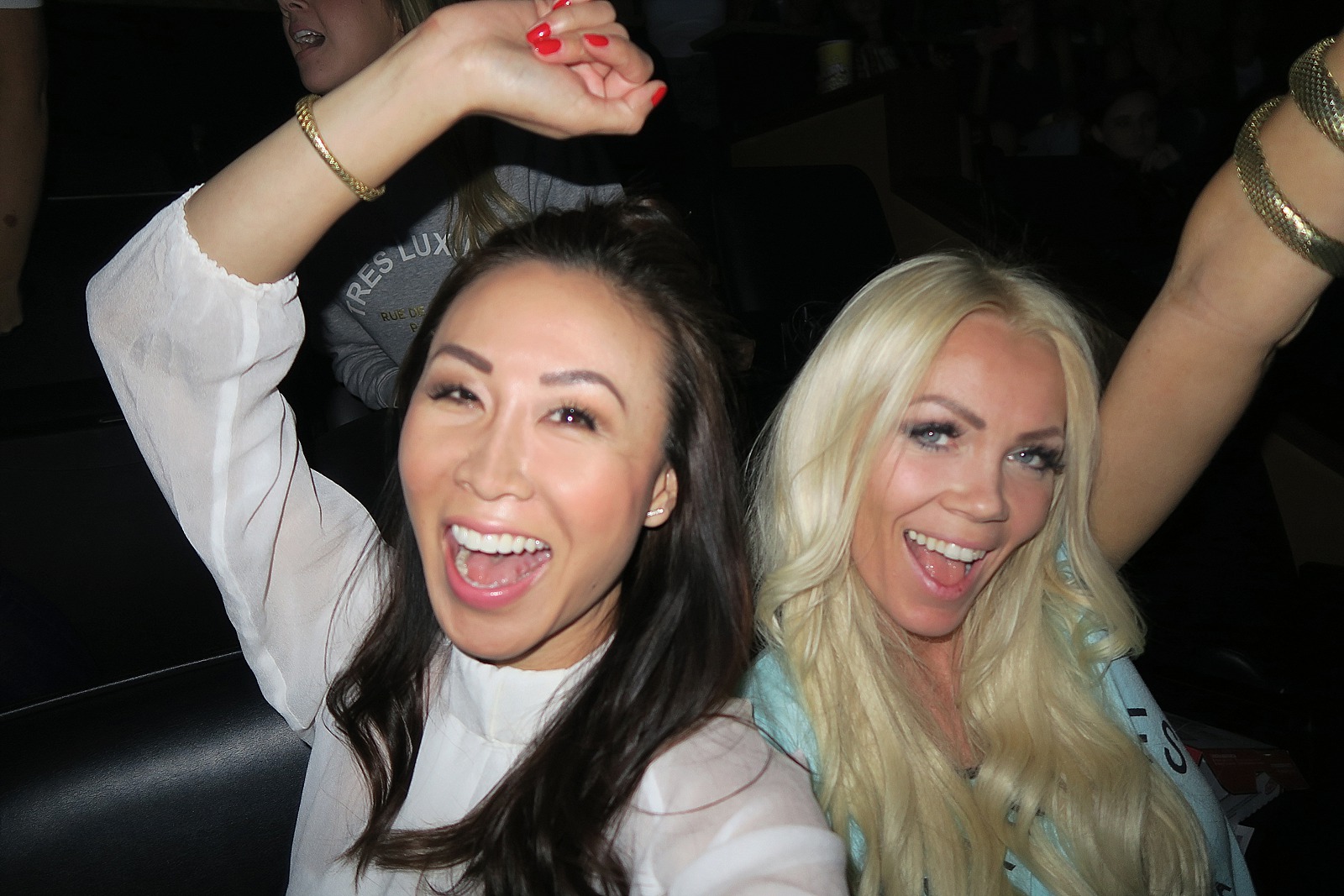 On the way out of the concert the merchandise lines were still incredibly long which meant the fans towards the front had more than likely missed the grand finale song, if not the past 20 minutes since it was moving slow. This made me a little sad because I get when you want a souvenir, but not at the expense of missing what you came to see! 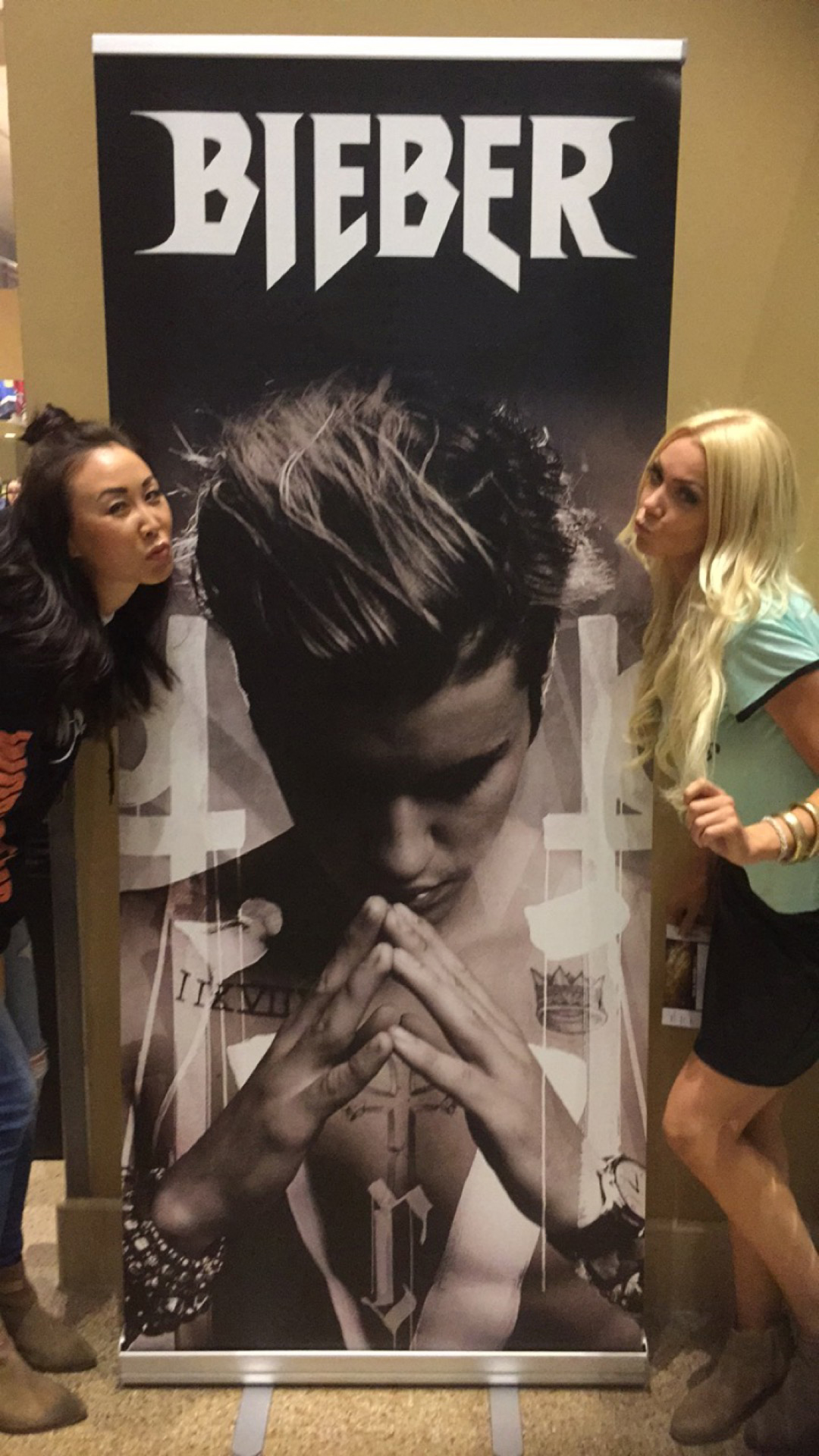 On that note, you should book something you always wanted to do. xx 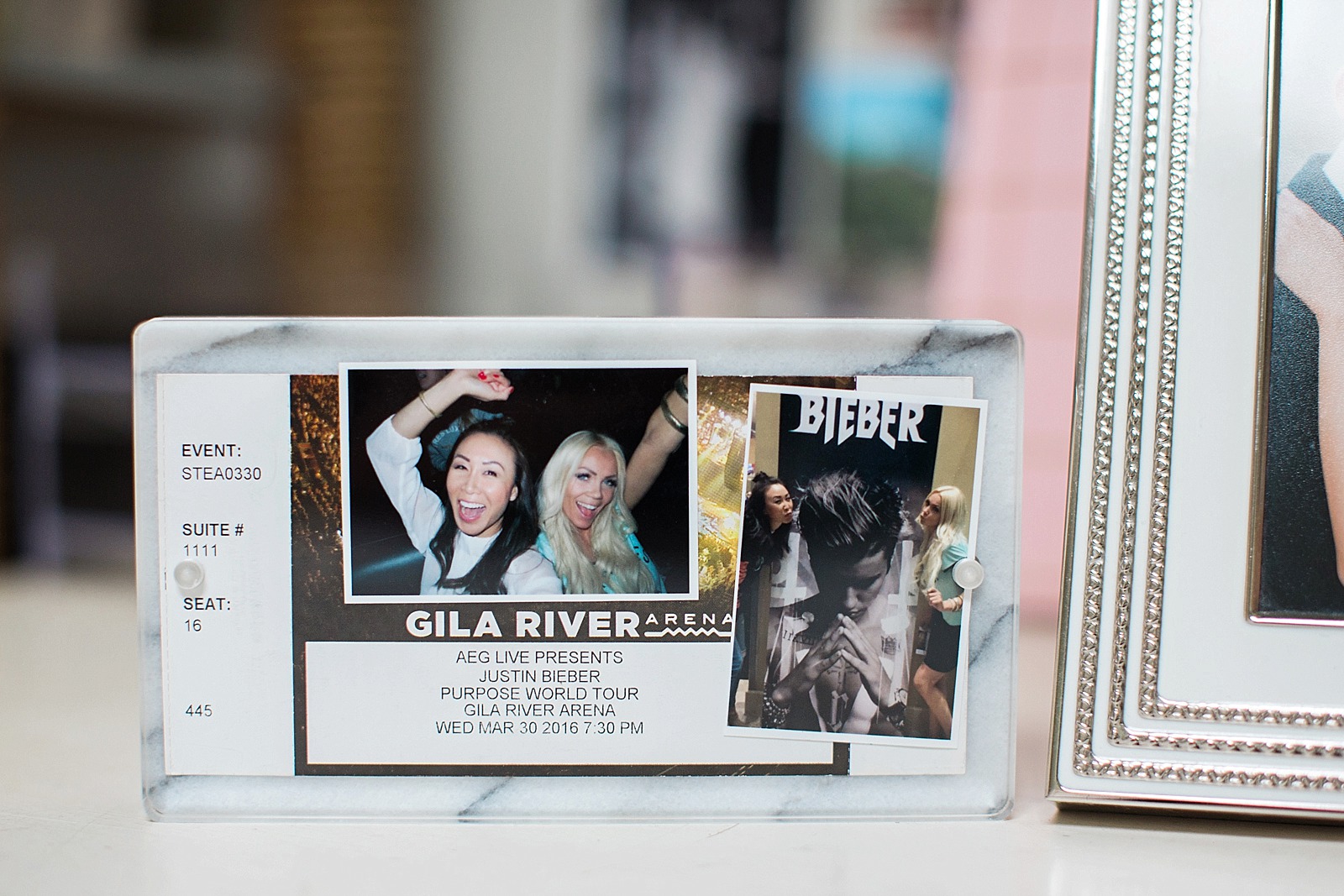 There are 2 comments on I’m a HUGE Belieber – Purpose World Tour Glendale.