Hello from Nor Cal, I’m currently on a Bieber high after seeing him in San Jose last week!

I’m a fairly new fan since his recent Purpose album which impressed me, the lyrics, his new attitude and faith. I know he had his bad boy struggles and I didn’t think much about it other than he’s a young kid just going through a phase. Today I’m all about the Biebs and if you’ve never seen one of his carpool karaoke videos, start with this one, and then this one and I promise if you don’t like him now, you’ll at least warm up to him. 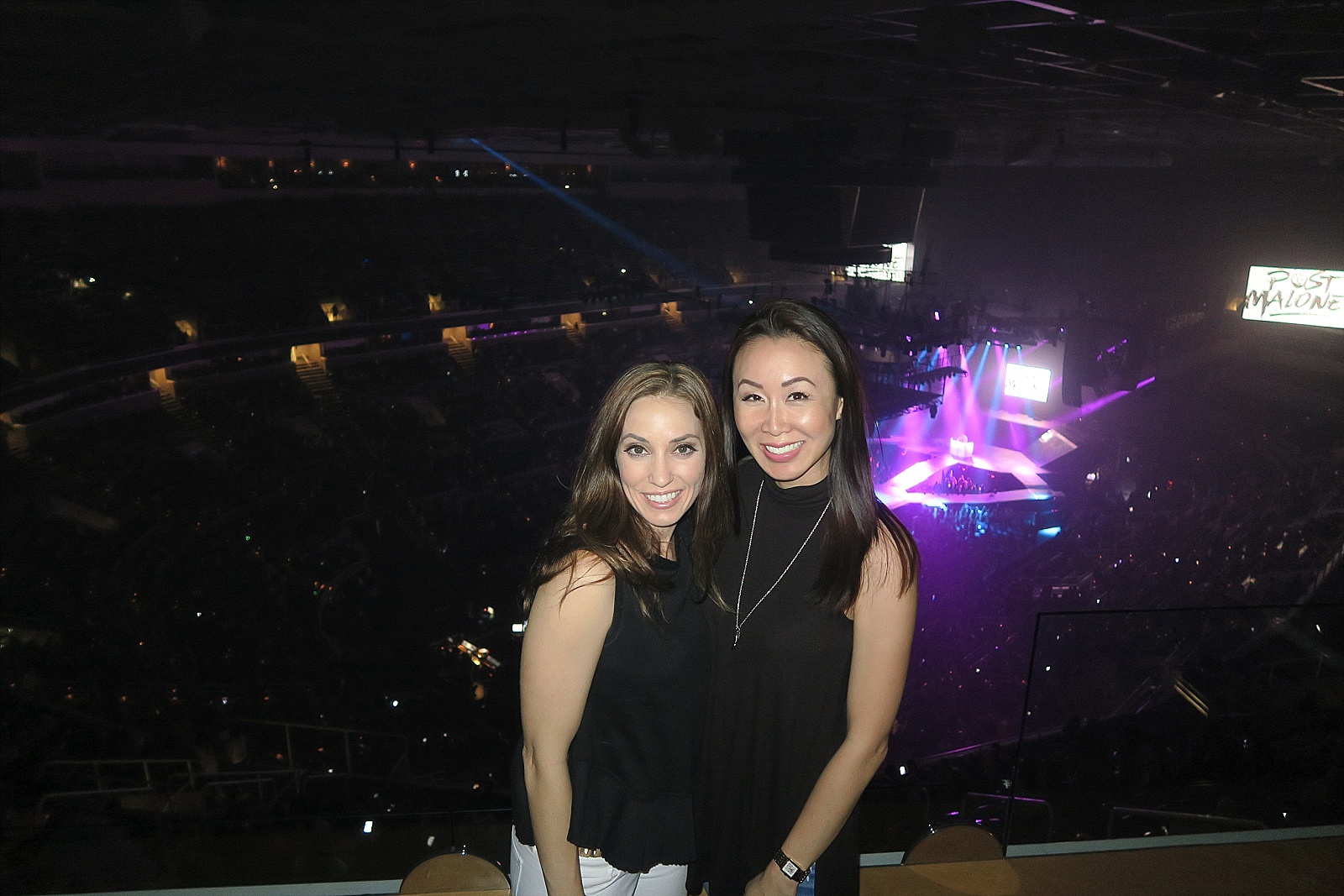 Huge thanks to my best friend since college, Jackie who hooked me up with the suite seats in San Jose for Justin Bieber’s Purpose World Tour. She was supposed to come with me (though reluctant) but had to perform other duties as she’s the assistant to the president of the 49ers. Thank goodness Rachel started liking Justin and was happy to go with me! 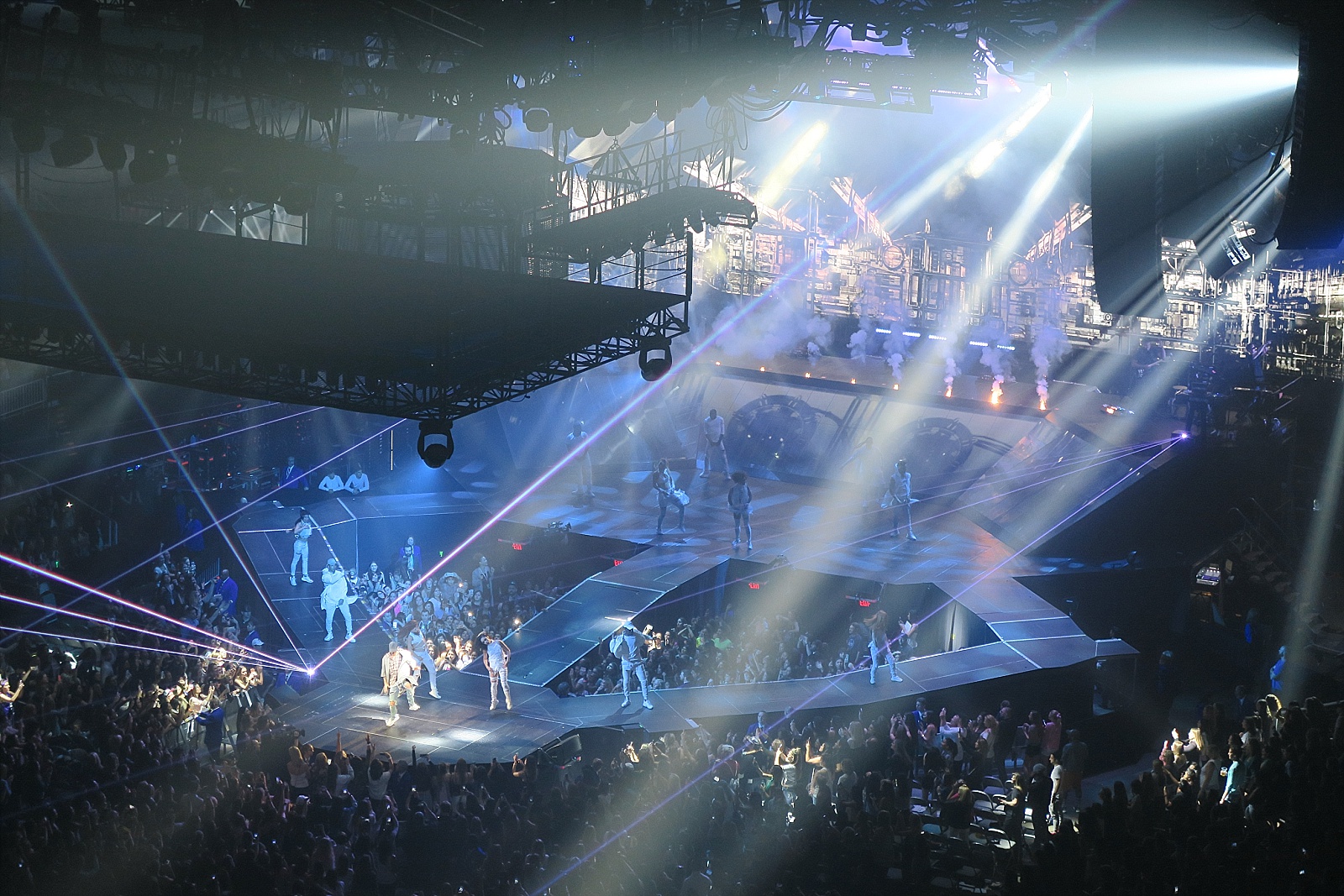 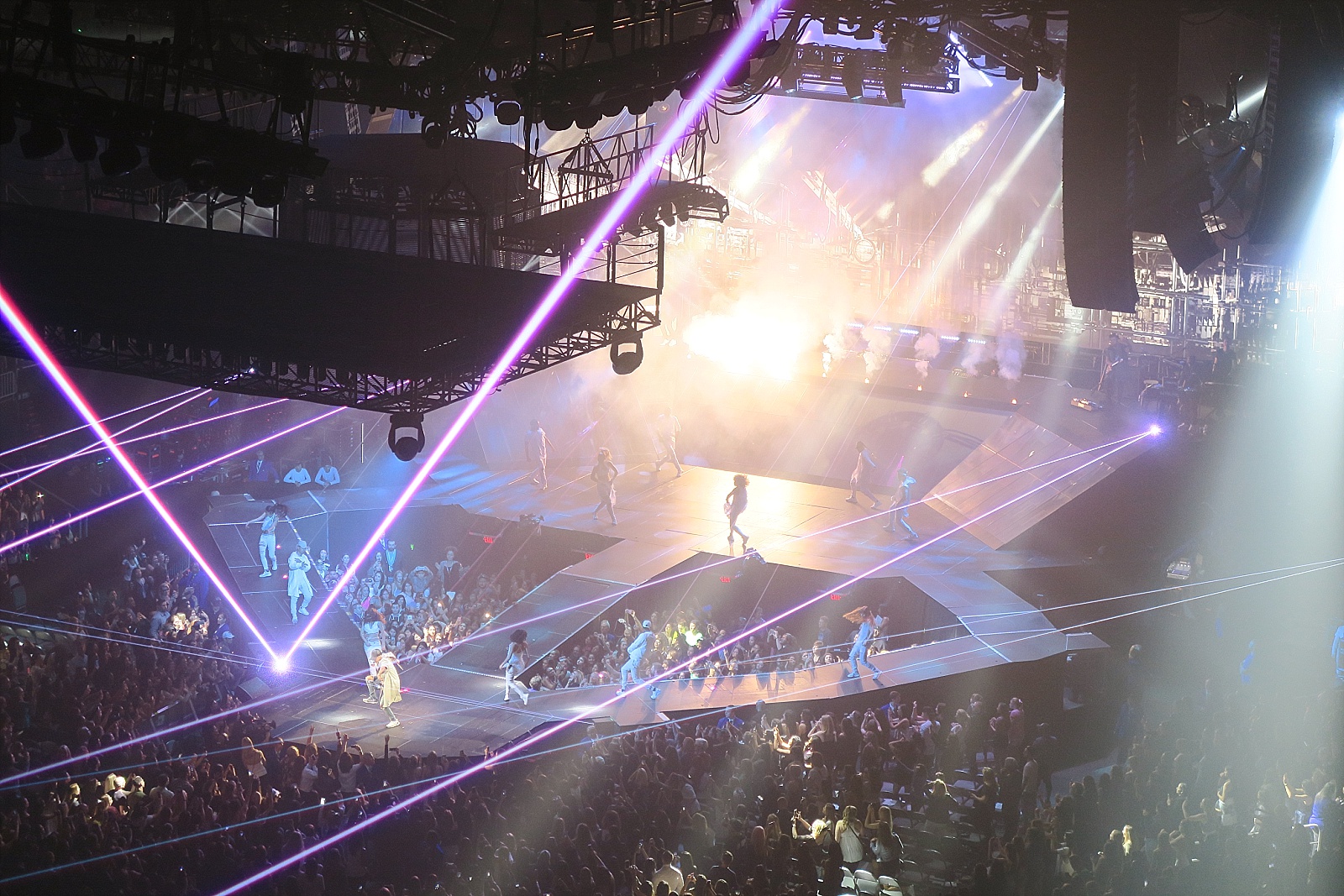 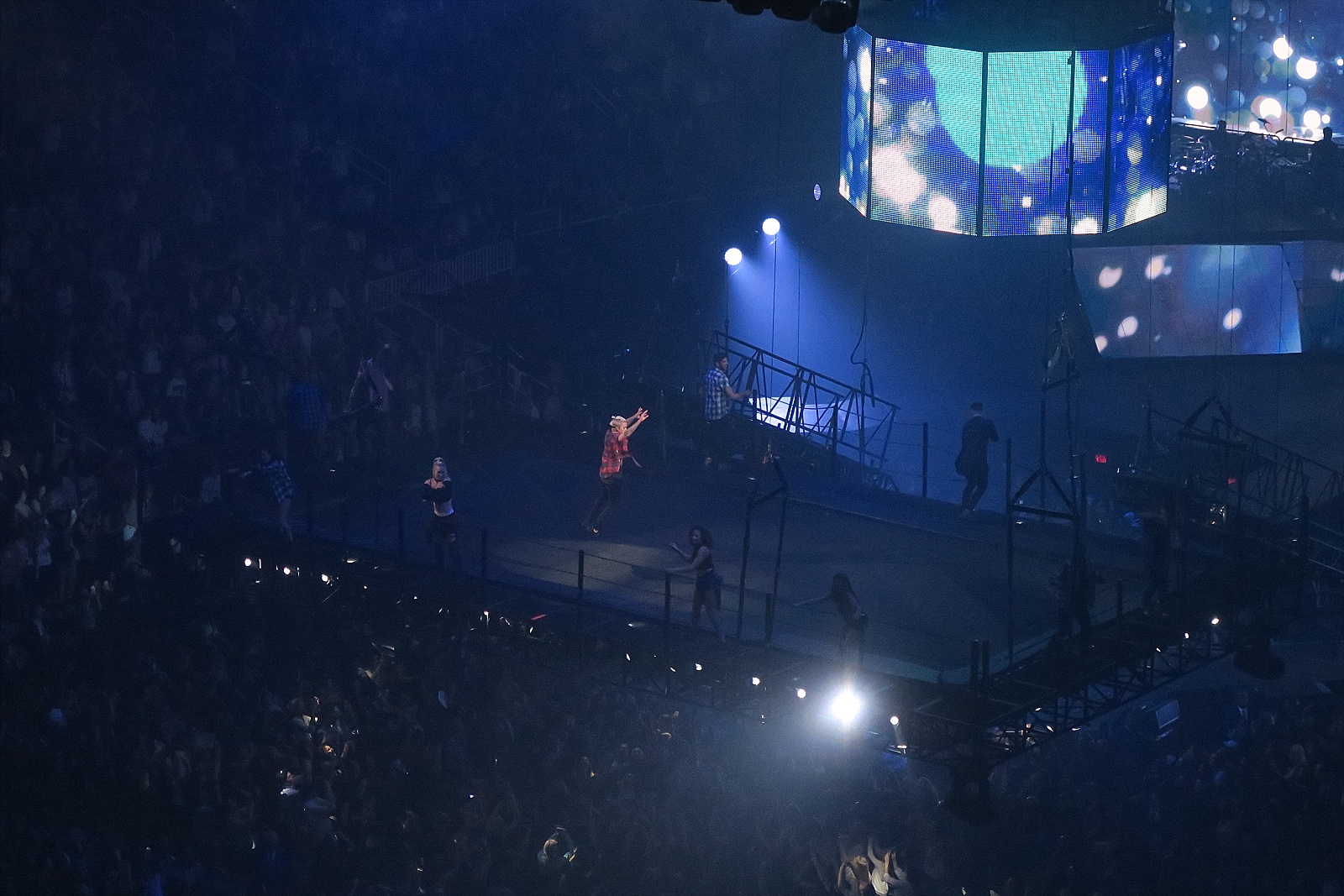 Above was a giant trampoline which looked like so much fun! Below Justin sat on a couch, played the guitar and sang, “Love Yourself.” I love pop concerts, they are so entertaining – the choreography, lights, production – it’s nonstop entertainment. I rarely go to concerts because it’s hard for me to justify battling traffic and large crowds. So for me to go to any concert, it must mean I absolutely love them – and I want to sing along to their music. I suppose now  you can add Bieber to my favorite short list that consists of Mariah Carey and John Mayer. 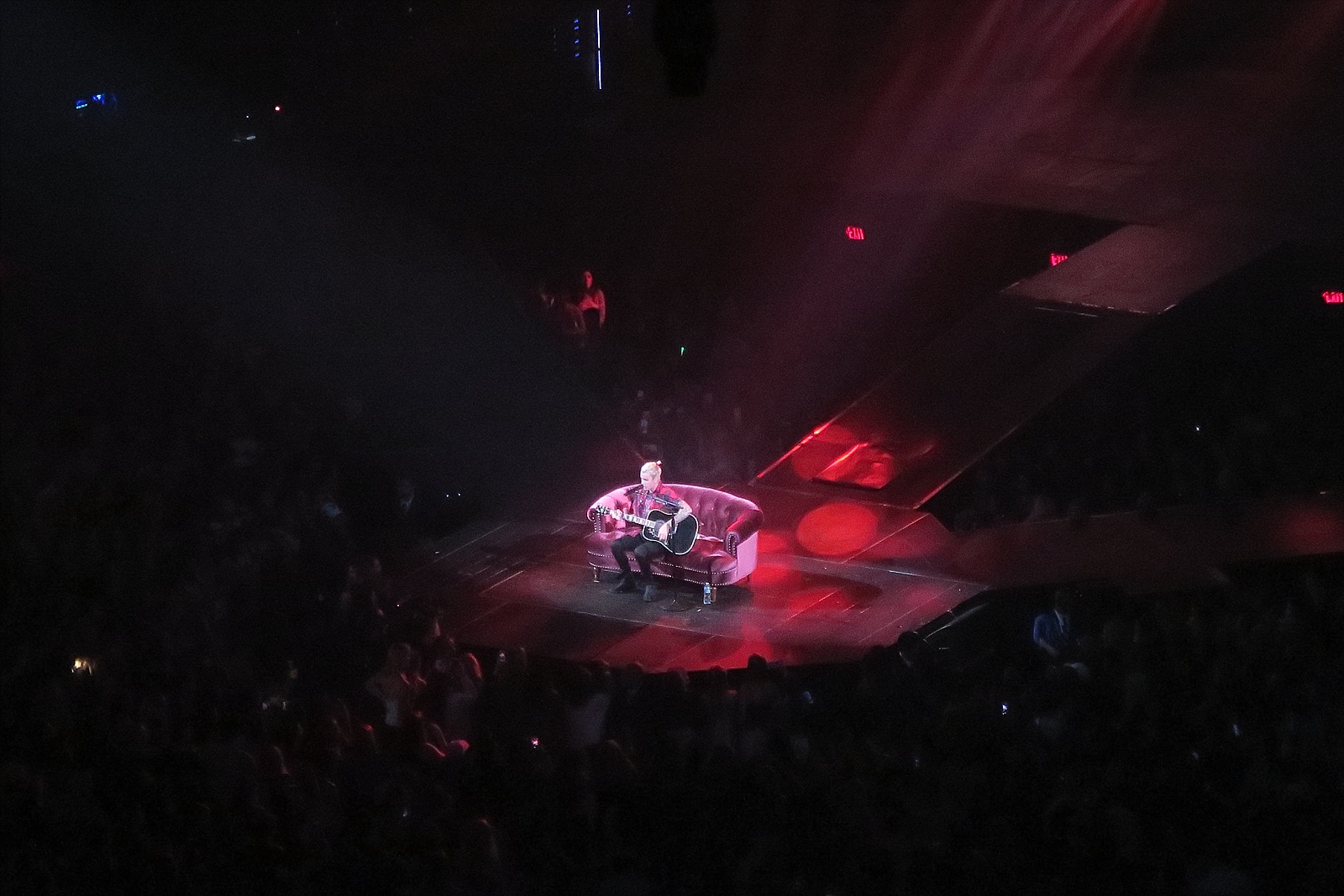 Justin is so sweet with his fans, he invited one up and asked her to help him tie his hair into a man bun, haha! This was all over social media, it was just too precious.

He sat along the stage singing while holding and touching a ton of fans hands – he really has great interaction with them – too bad I was so far away! *wink* I still felt the Bieber Fever! 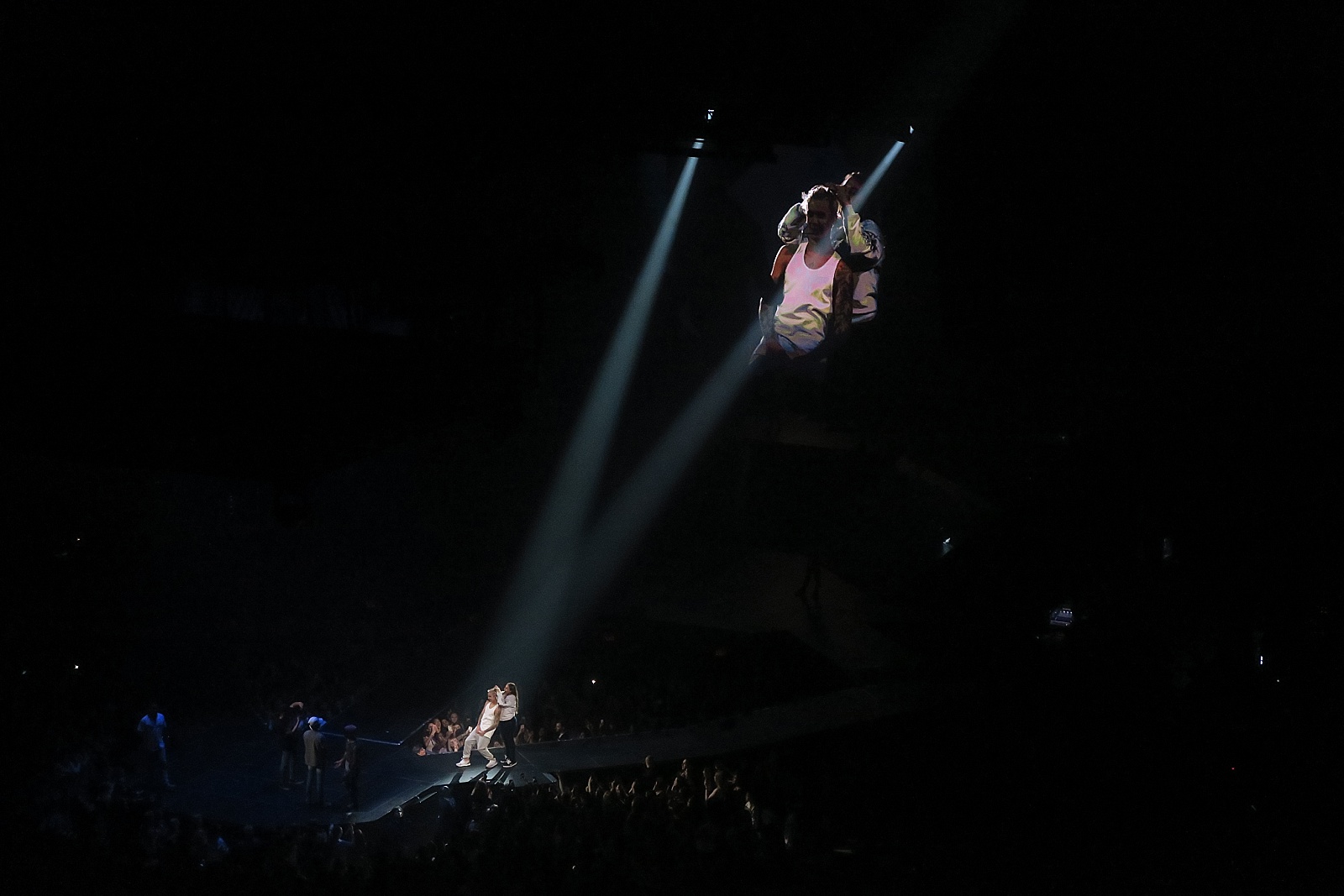 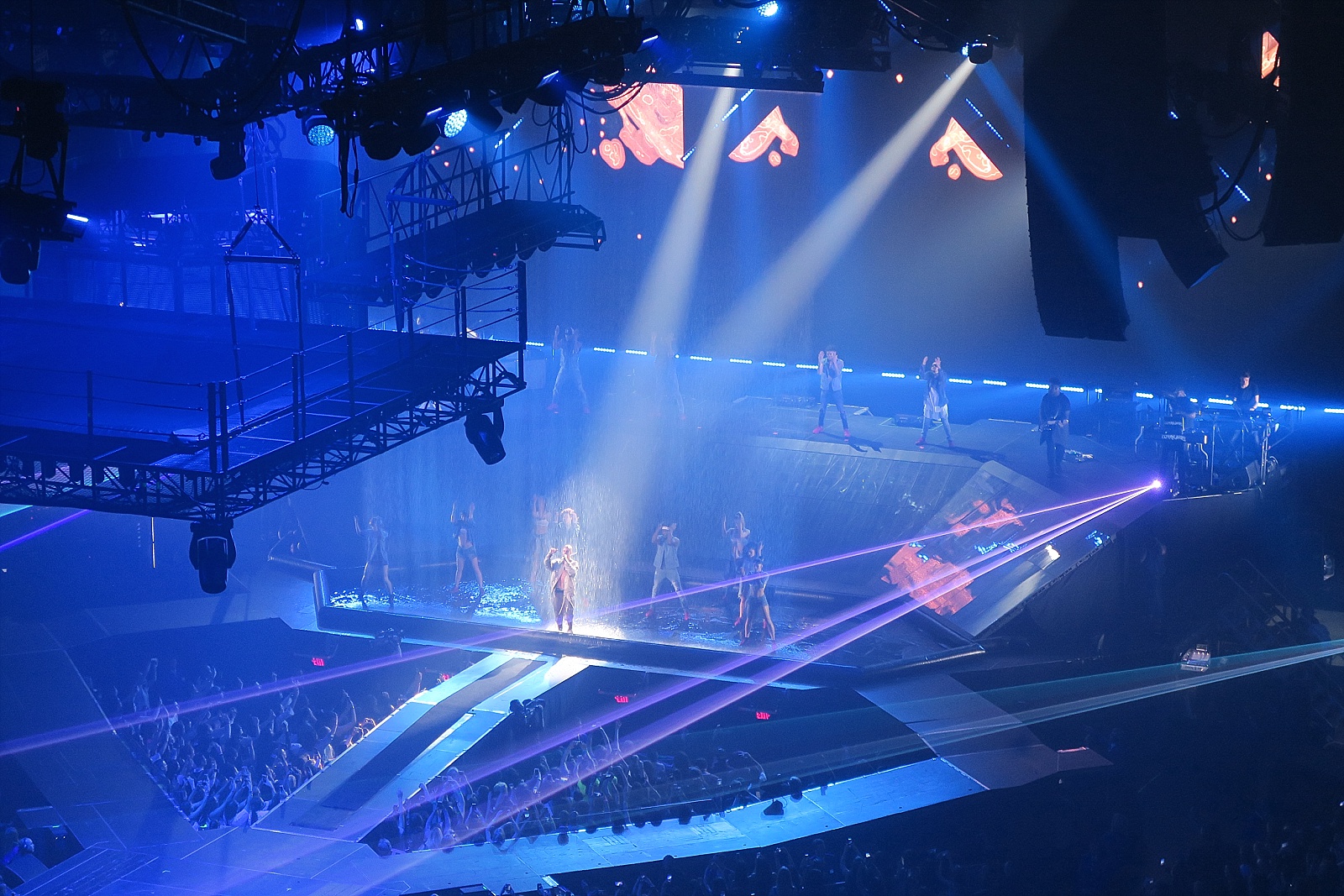 The last song, “Sorry” Justin had his shirt off and it rained on him. You betcha the girls went crazy. I had so much fun dancing and singing along, I would definitely see him again – what a show! I love his songs, he performed a few old school songs which I wondered about since he was such a cute little tot with a different voice when he started. I have to admit I so badly wanted a shirt but I don’t think I can pull it off! Wah! Maybe I’ll change my mind and buy one online. YOLO right?

A few days later, Bieber ticket gifter and my bff Jackie, came to visit on her way down from Lake Tahoe. We took a selfie with Paris, we’re all buddies from college! I bought Paris my senior year and Jackie remembers him as a pup very well, the things he destroyed and how I never had a pet before so poor Paris taught me a lot! 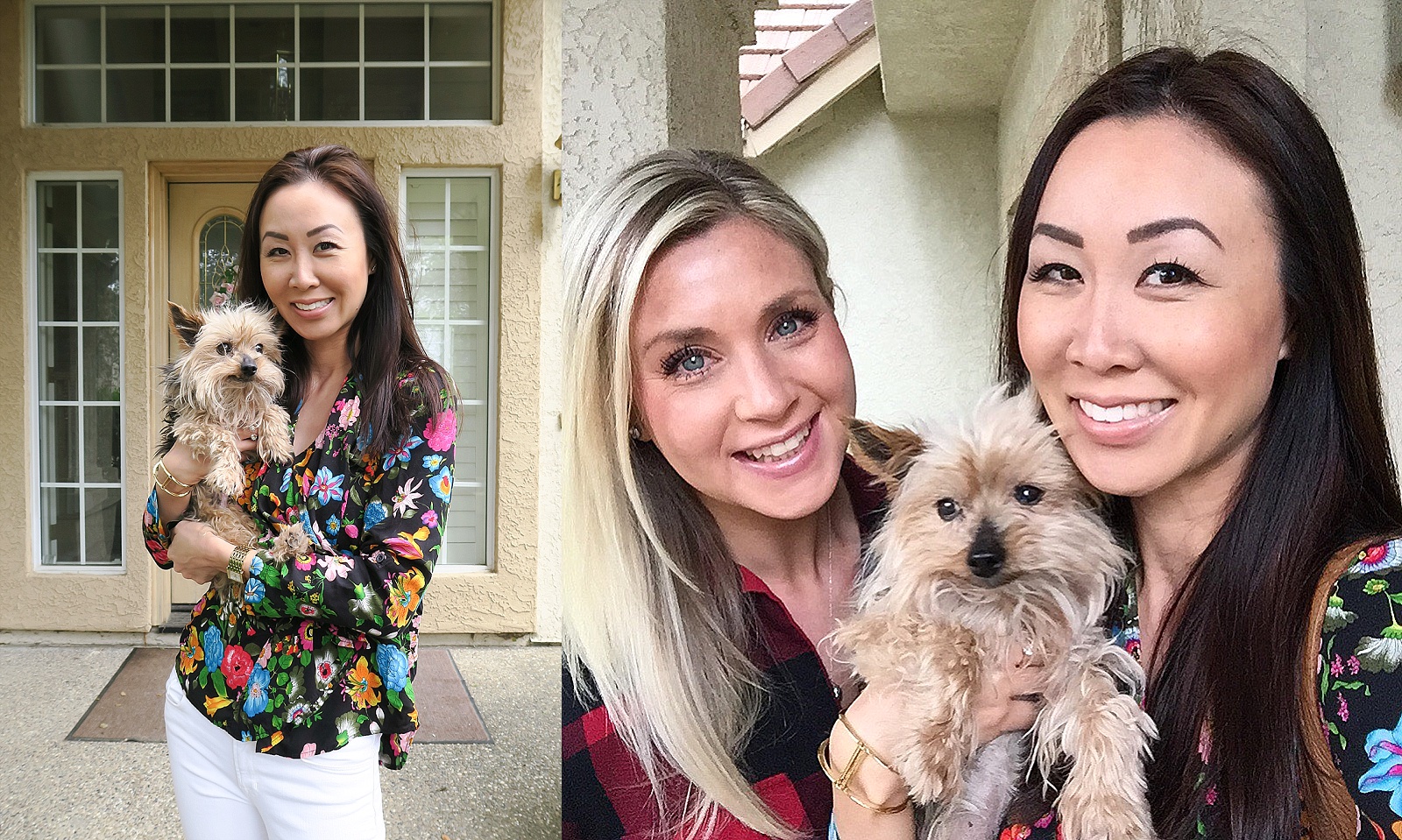 I also got to hang out with my high school girlfriends and they took me to The Parlor Ice Cream Puffs that assembles a glazed or plain donut and fills it with ice cream and even toppings if you wish! I picked the Midnight in Paris which featured a coffee ice cream and you could add toppings.

I donut know about you, but I’m going to take this idea home with me – haha! 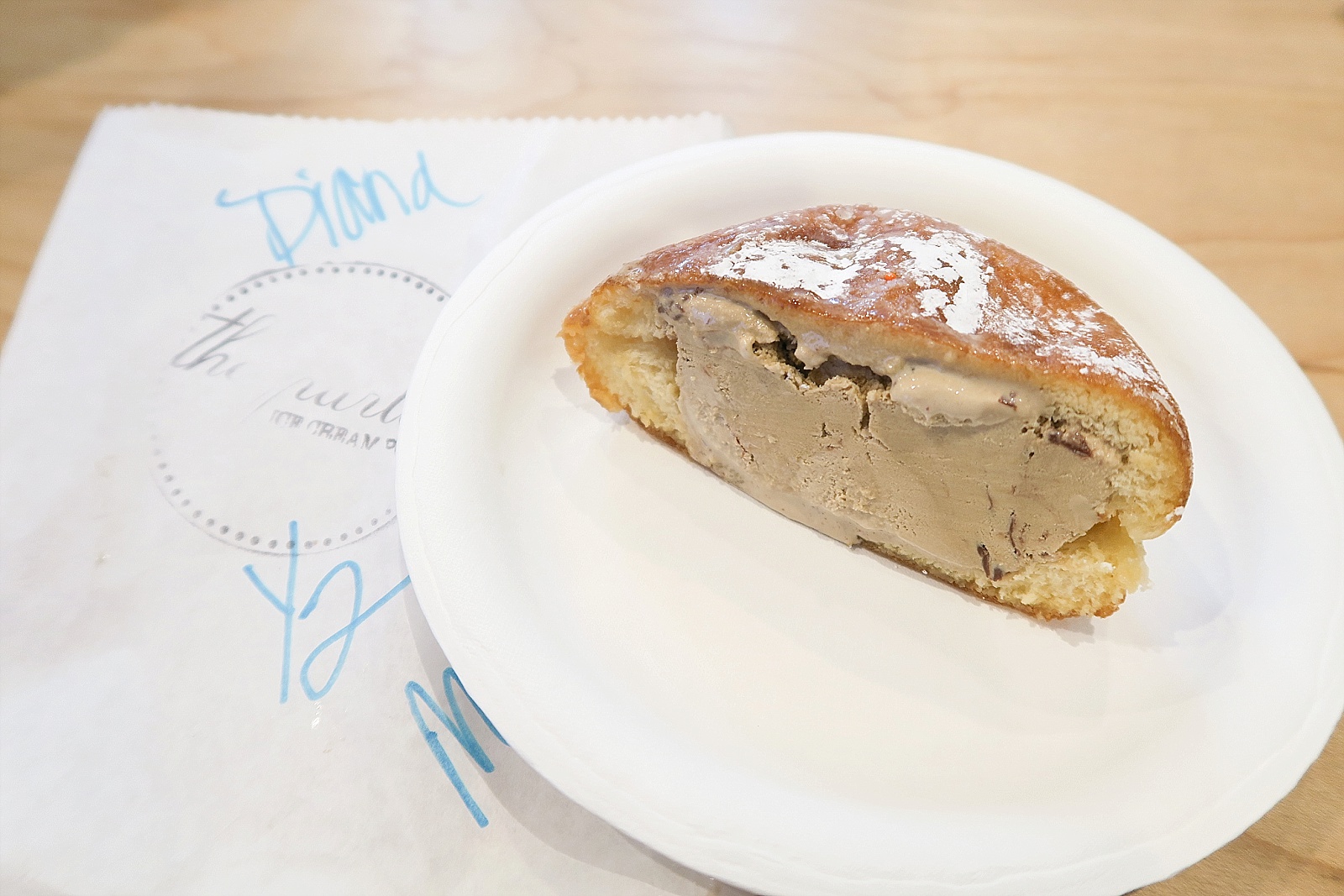 The past few days have been beautiful, then came a storm with some rain and quite chilly! I think I’ll enjoy it since I’ll be returning to 82 degrees soon – though I’m kinda craving some warmth right now. 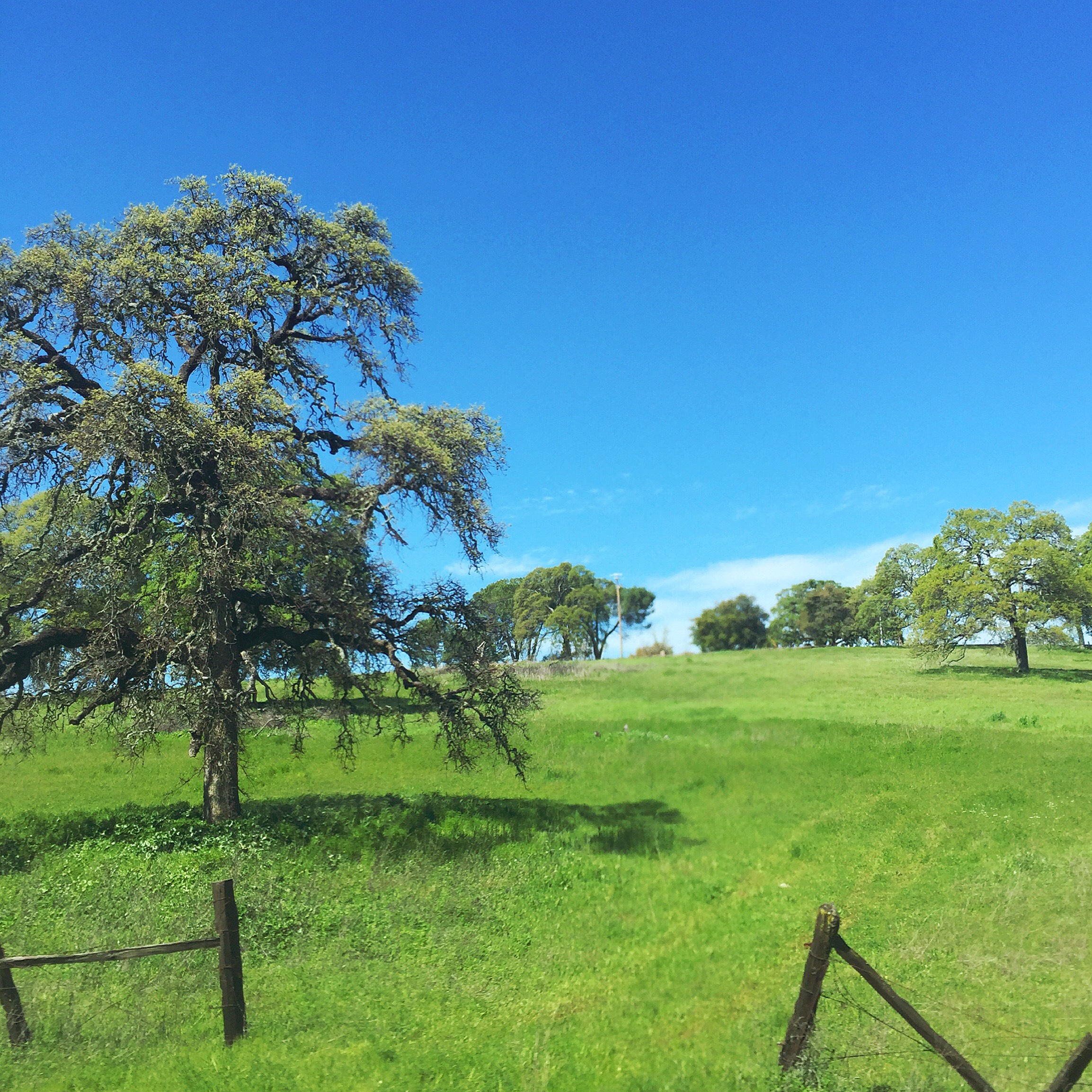 I hope you all have a sweet day! OK, remember, watch Bieber’s karaoke carpool now, this one, and then this one. It’s going to put a huge smile on your face – my dad loved it!

There are 4 comments on Justin Bieber Purpose Tour San Jose.