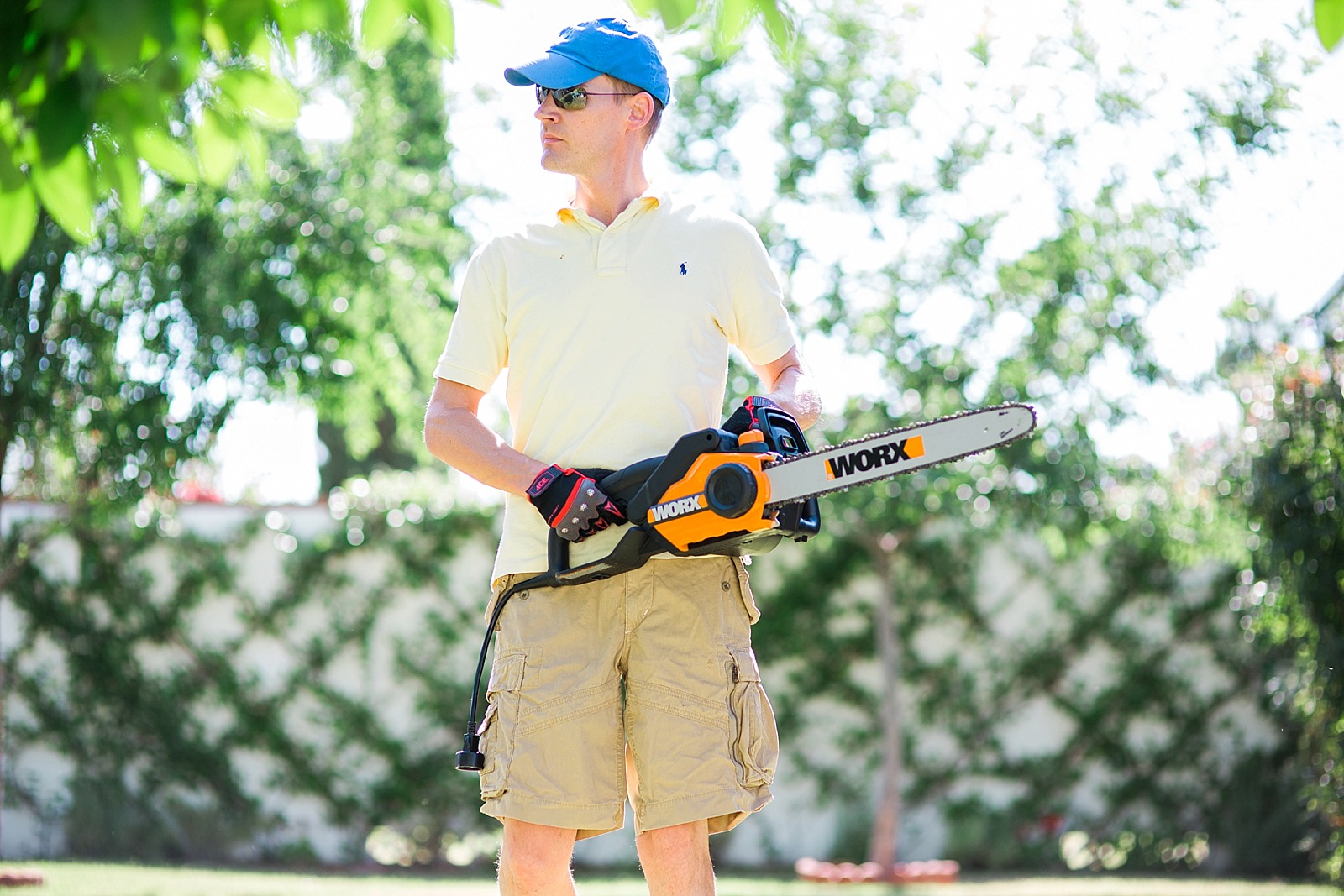 Remember the sob story I shared about our grapefruit tree trying to commit suicide? Well during that fiasco, Mr. Wonderful somehow broke our chainsaw. Really, I don’t make this stuff up, as if it wasn’t already hard enough dealing with the slow death of our beloved giving tree, a major tool of ours has to go and break making the job even more difficult.

My friends at WORX was kind enough to send a 15 AMP 18″ Electric Chainsaw (c/o) to help us finish the job. Our previous chainsaw that broke was not by WORX so we were really looking forward to trying something new. 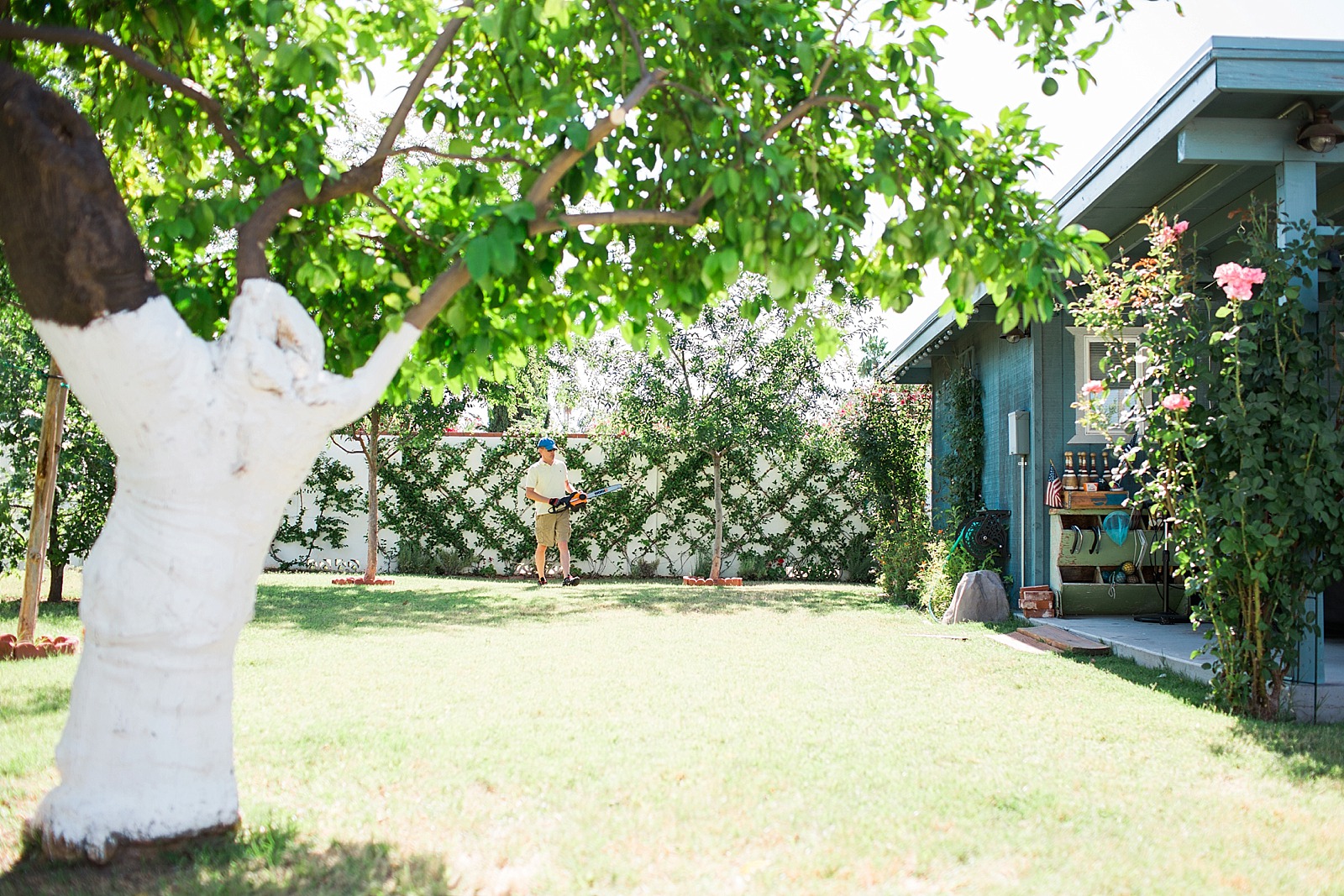 WORX is the amazing company behind the Aerocart – the 8-in-1 wheelbarrow/ yardcart /dolly. You have to check that product out too, it’ll rock your world. 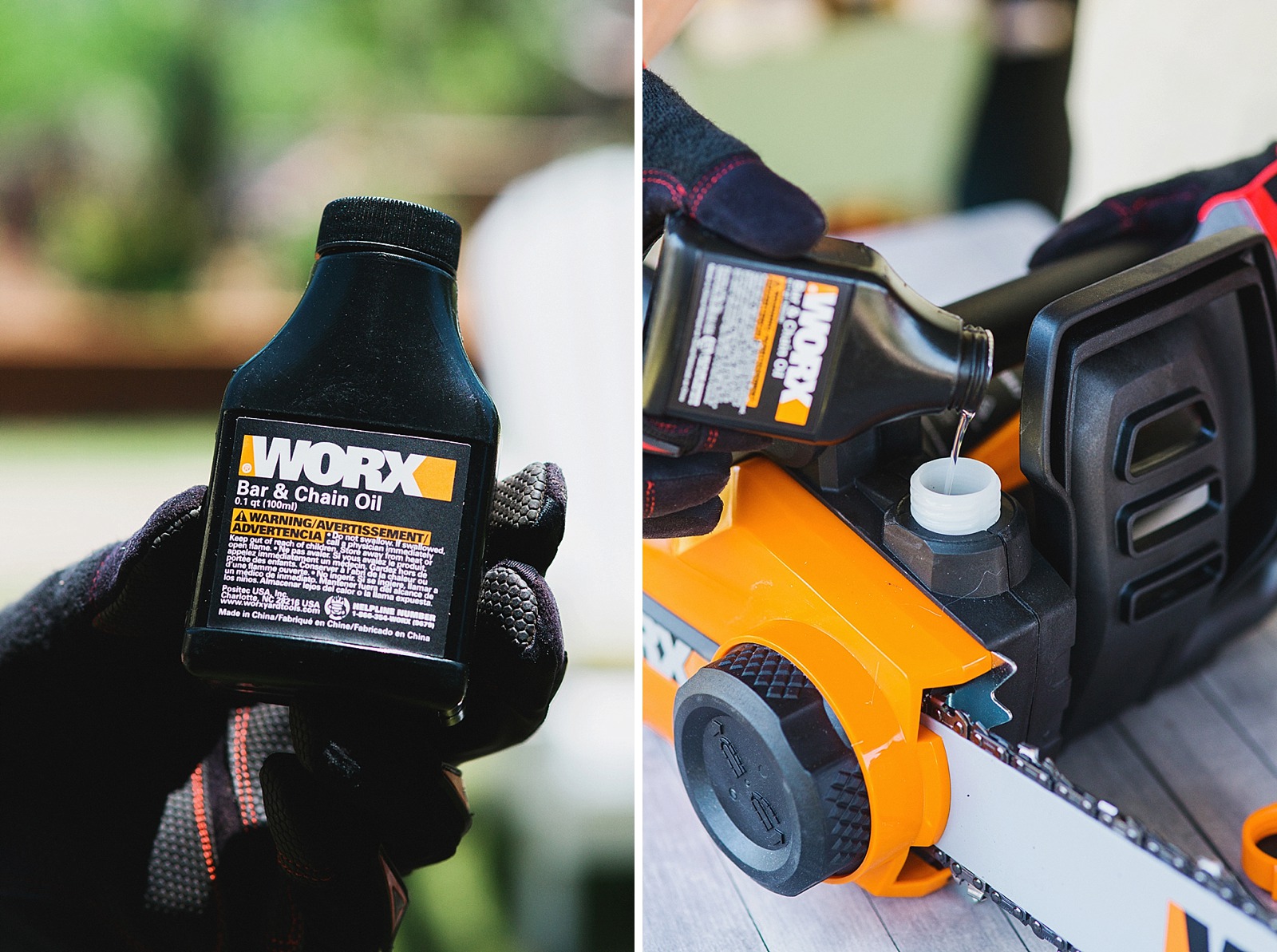 First thing Benjamin noticed, it came with oil which he was happy about because he didn’t have to go back to the store like he had experienced before.

Our neighborhood is always active, we’re all outside doing yard work or going in and out of our homes – so I yelled to our neighbors, “Hey! We got a new chainsaw! Do you need us to cut anything down?” And so our project began.

Since Benjamin was the operator, I wanted to share his words of wisdom, “It cut smoother than the (other company) saw, and it was quieter,” and he also wanted me to add, “and even though it was electric, I still felt like a man.” 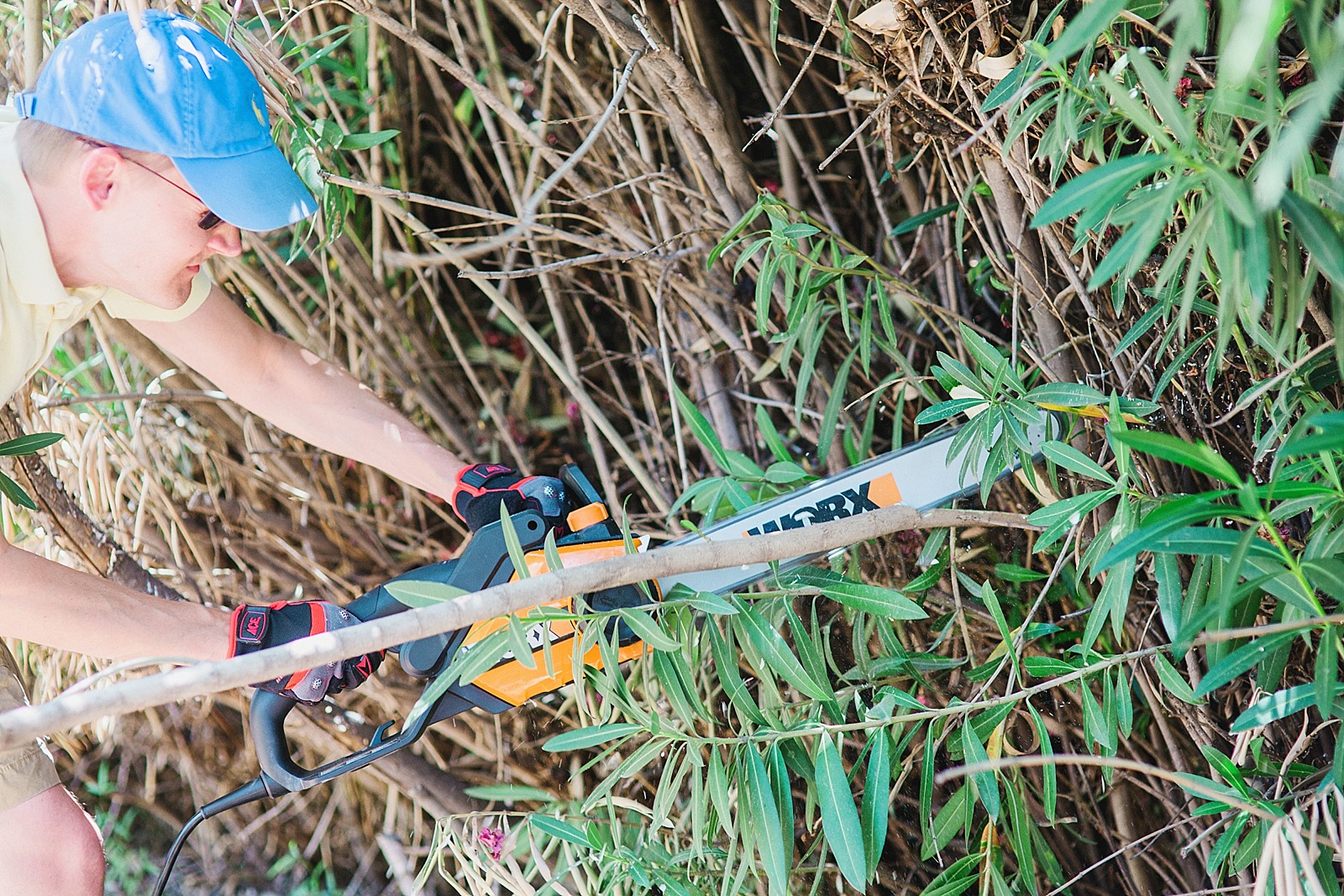 After we cut some oleander branches, we moved onto another part of the yard – a tree! When Benjamin looked for the root of the problem he found a thick trunk! 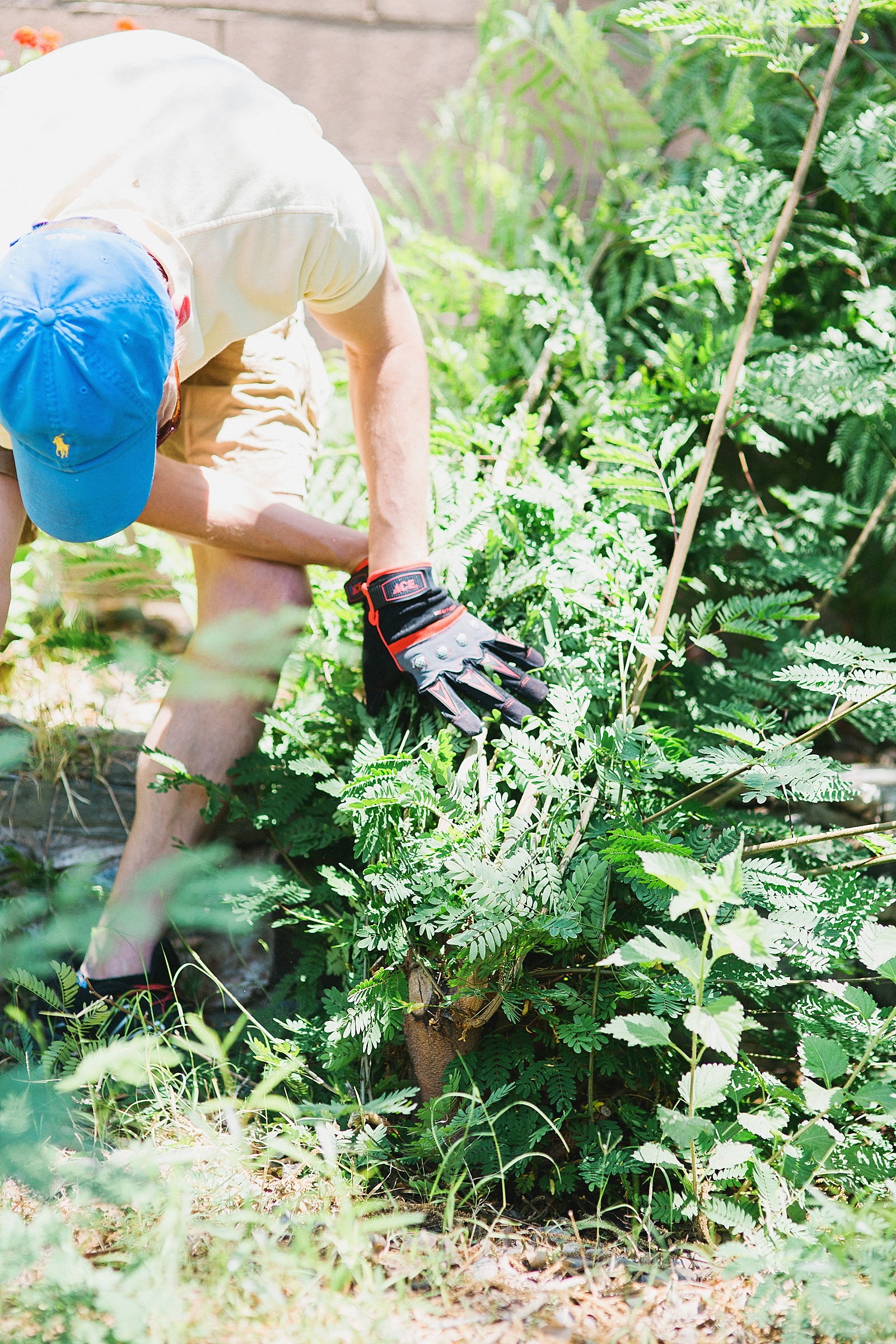 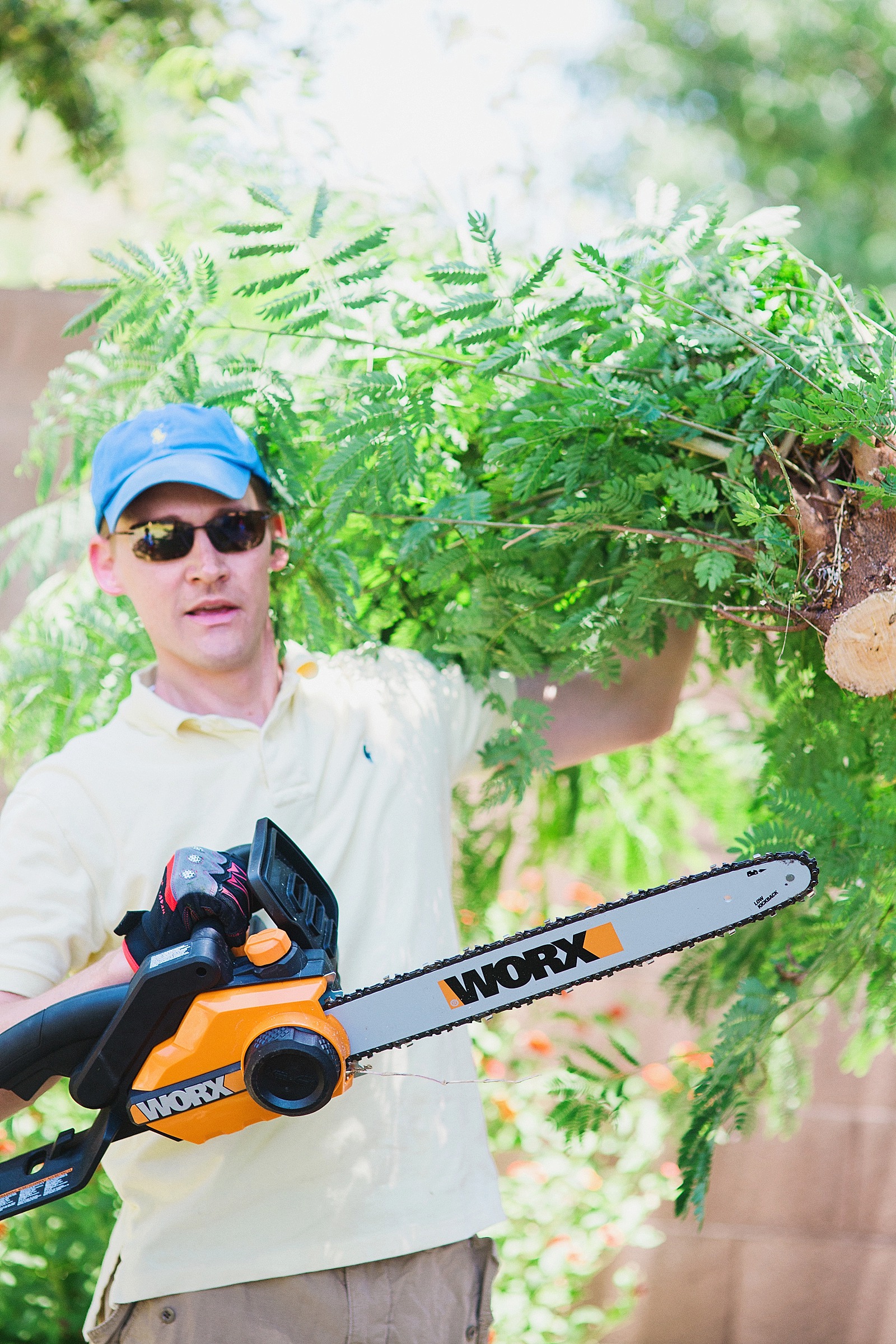 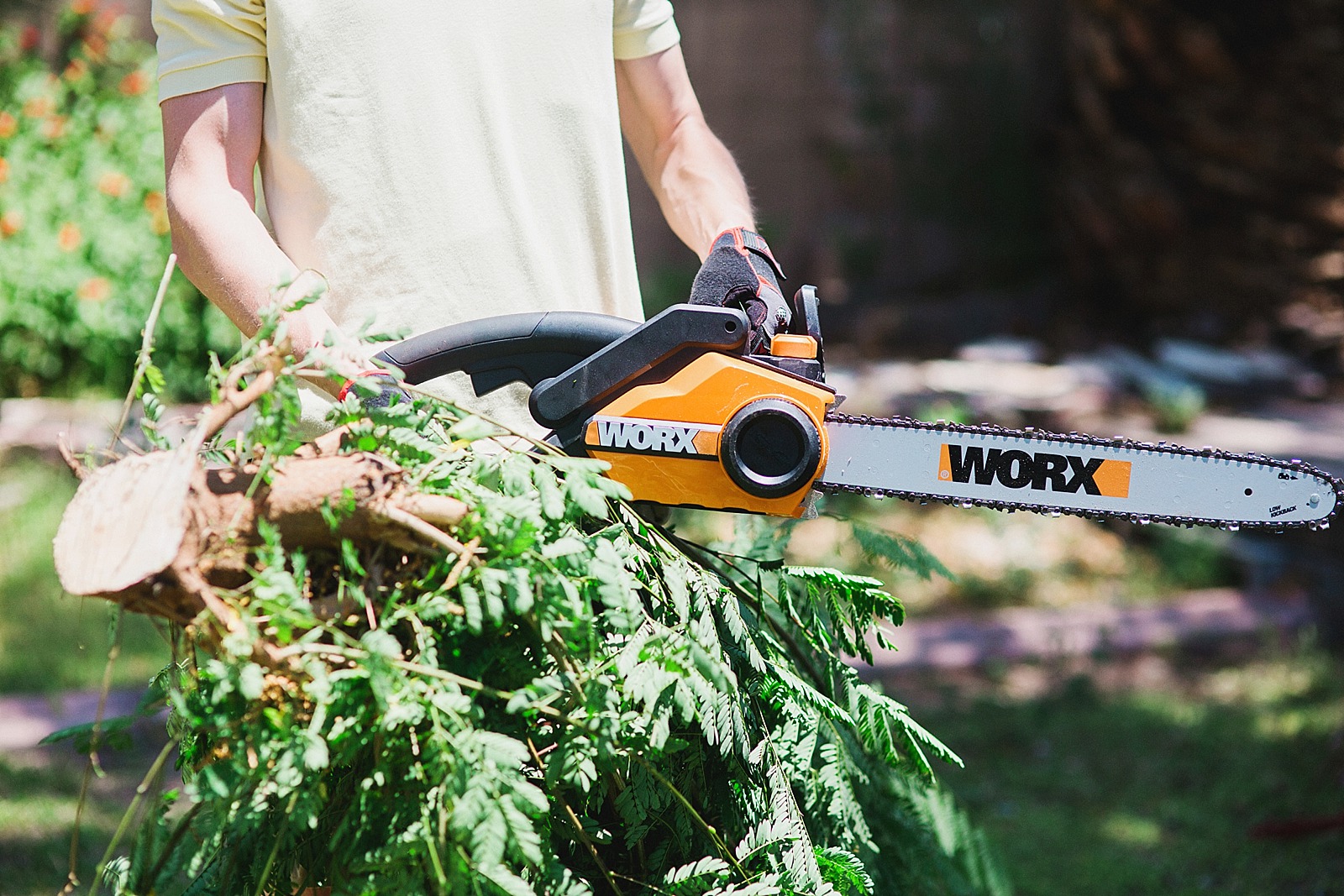 For the record, Benjamin does normally do yard work in a Polo shirt. He doesn’t own a shirt without a collar unless it’s an under shirt! He’s a totally preppy boy.

We also loved that there was a blade protection cover! And it has an emergency stop – a built-in chain brake for safety incase of kickback, it was the second thing Benjamin mentioned that he liked. 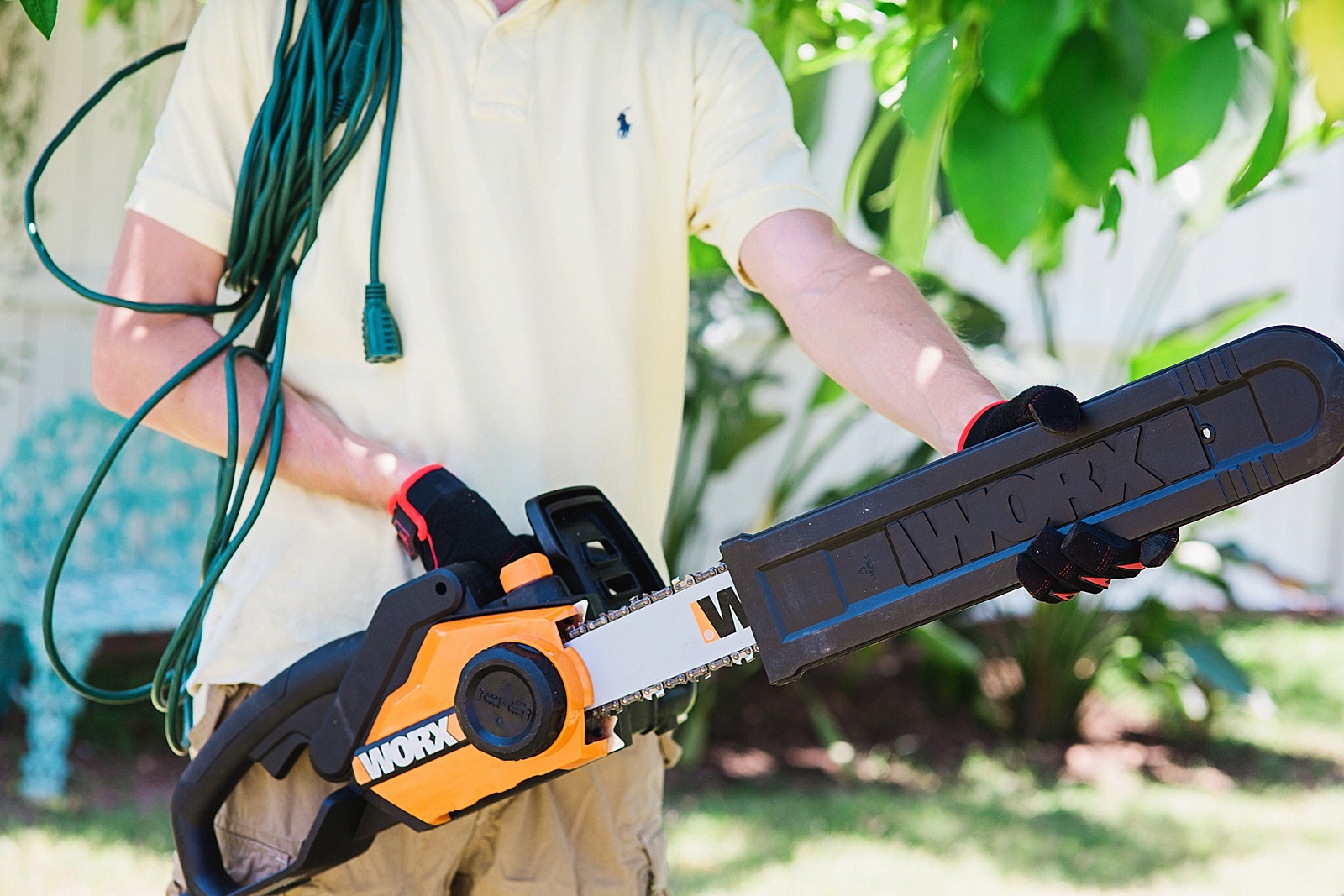 Check out the 15 AMP 18″ Electric Chainsaw, or the 14.5 AMP Electric 16″ Chainsaw. There are also jawsaws to help with thick branches. But really, check out the Aerocart too, it’s the best thing since sliced bread. Happy yard cleaning, and remember to help out your neighbors!

There are 2 comments on Cleaning up the Neighborhood Yards.