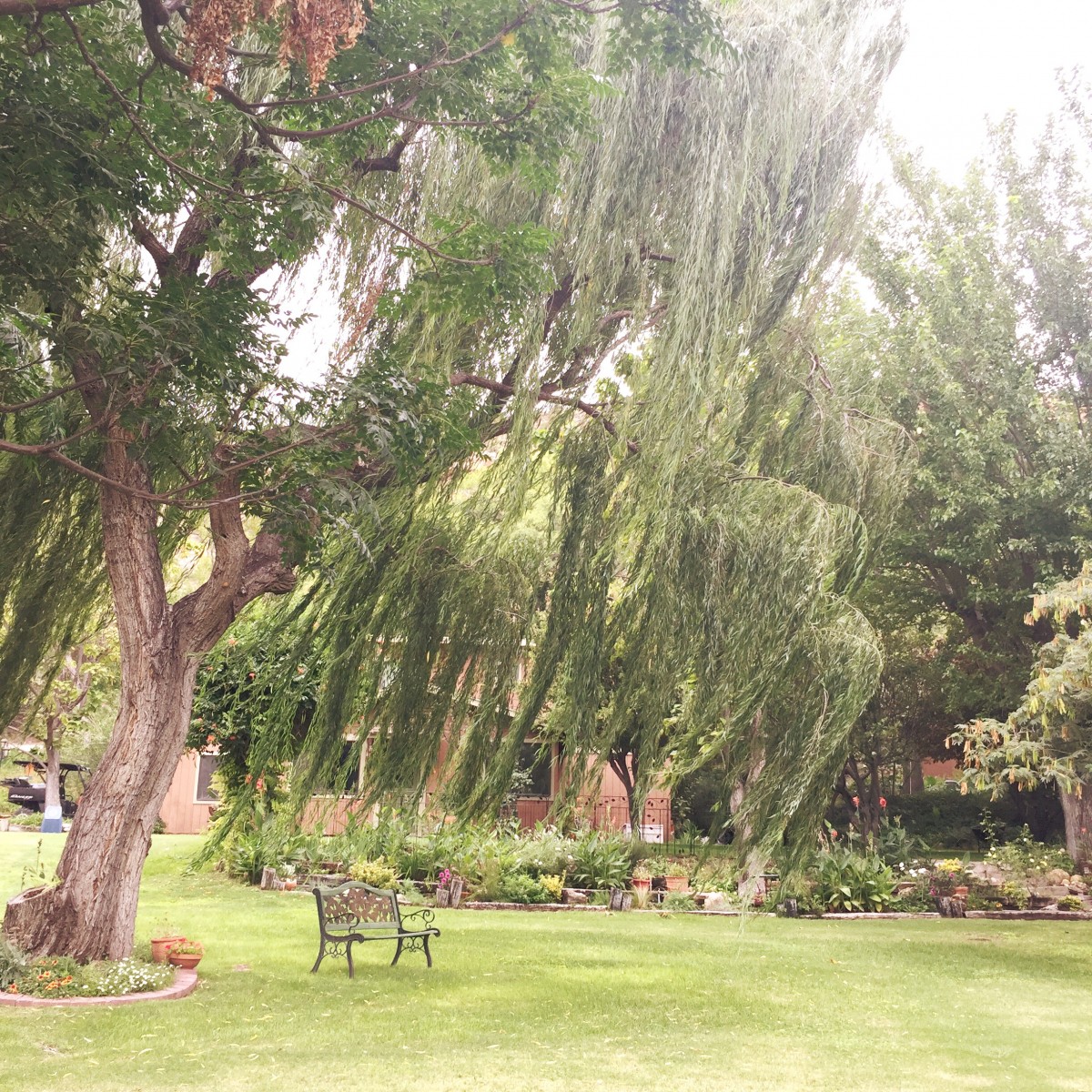 The Vineyards Bed and Breakfast in Page Springs, AZ

I feel like I’m on tour but I’m not a performing artist. And by on tour, I mean maybe I’m on a tour – going here and there, doing whatever, where the wind takes me. Today I’m currently in Boston for a few days before I head to DC. But meanwhile, let’s slow down and talk about life. It’s personal post day everyone!

If you follow me on Instagram (@dianaelizabeth_), some days I’m totally absent and quiet, other times I’m blowing up the feed, there’s no particular pattern, either I’m doing stuff or I’m too busy doing stuff to post or not, it depends on my mood. Tee hee.

I got to see my girl gang recently because Melayne was in town from Costa Mesa. We went to Oreganos and I got to hold little bebe Adelyn who belongs to Brenna. I love her – both of them, and all of them. 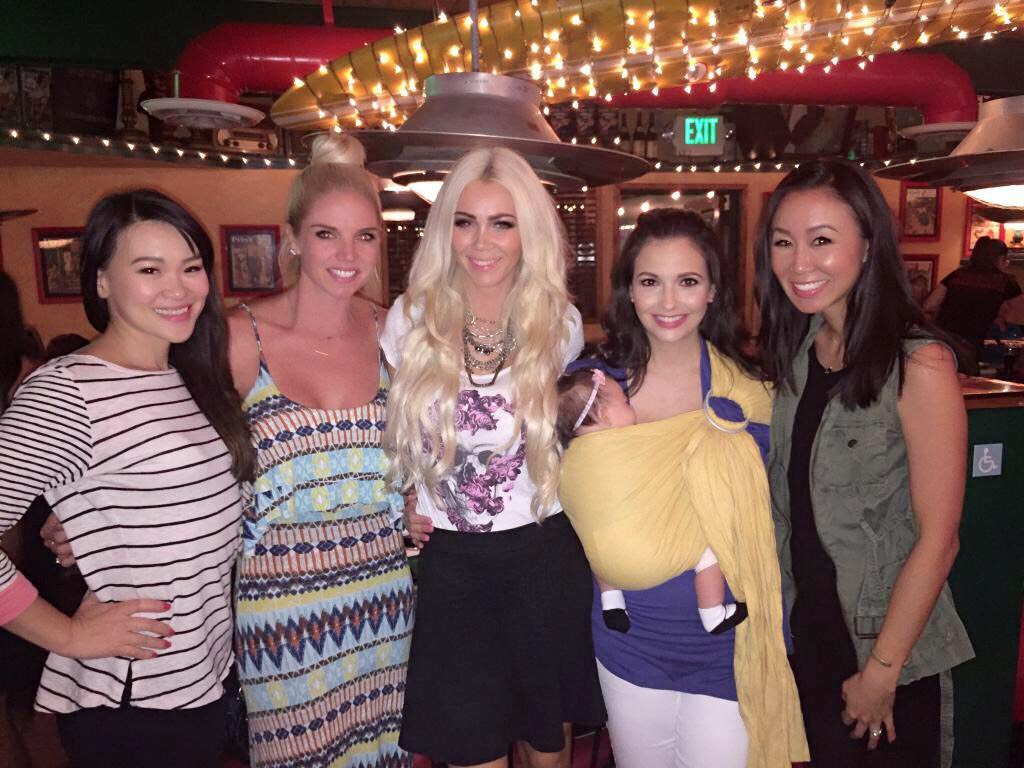 A new Container Store opened up in my neighborhood and I’m pretty darn stoked about it. I went to the blogger preview lunch they had before the Grand Opening weekend and fell in love with the new TCS Closets line which is very fancy – closet goals when we expand/win the lottery. There is something to say though about not having a lot of space – less stuff! 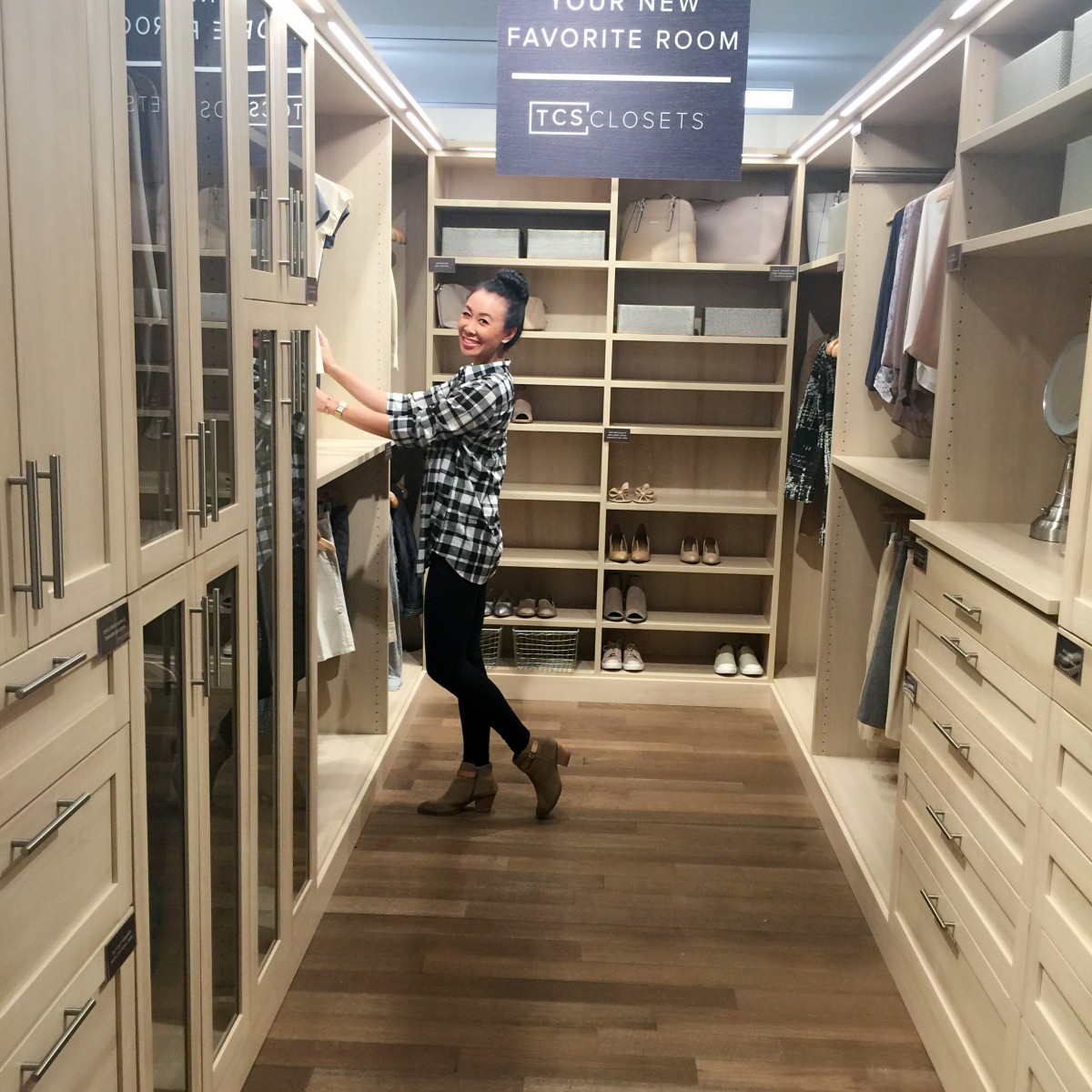 Brenna pointed out that it was 99 degrees that day and I was wearing fall. Hahah! One cannot tell here when you go from the AC home to the AC car to another AC building. In a month we’ll have the perfect weather the rest of the country will be envious of. Until then… 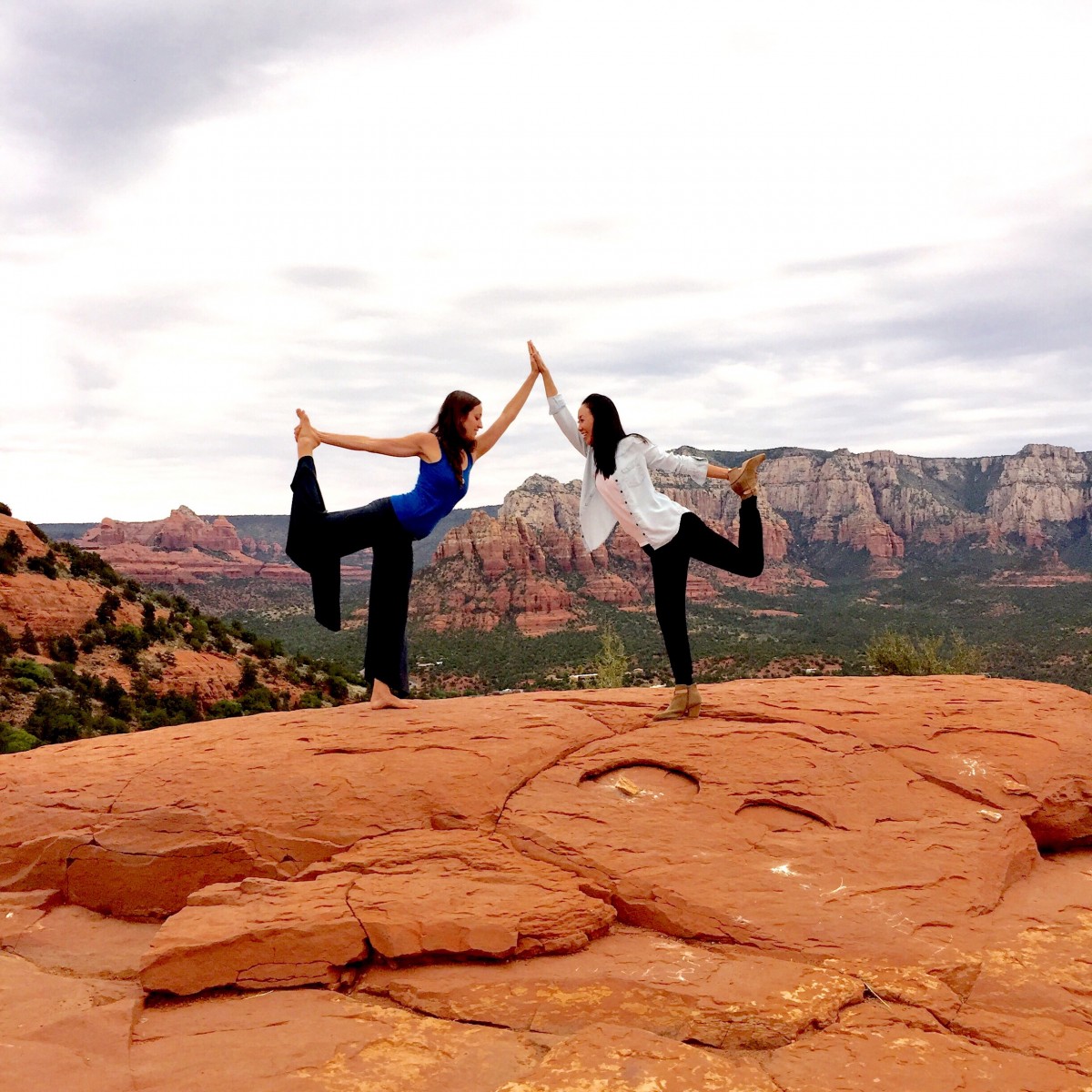 I have been working crazy hard the past week with photo assignments for PHOENIX magazine. Working with them has always been so rewarding for me – the assignments I get push me creatively but also allow me to break lots of typical rules – I really shouldn’t say break rules, but rather, editorial requires a different eye (I think) in comparison to typical shoots of airiness, blah blah.

I find myself enjoying the directing of a shoot with a different side of my brain while also being adventurous – like an impromptu hike up Airport Vortex in Sedona in heels nonetheless! It was worth it, wasn’t it? I parked illegally and was afraid my car wouldn’t be there when we returned or that I’d slip down the mountain but hey, it’s about that shot!

My two girlfriends from Nor Cal came out for one of my PHOENIX magazine assignments, they were my models. 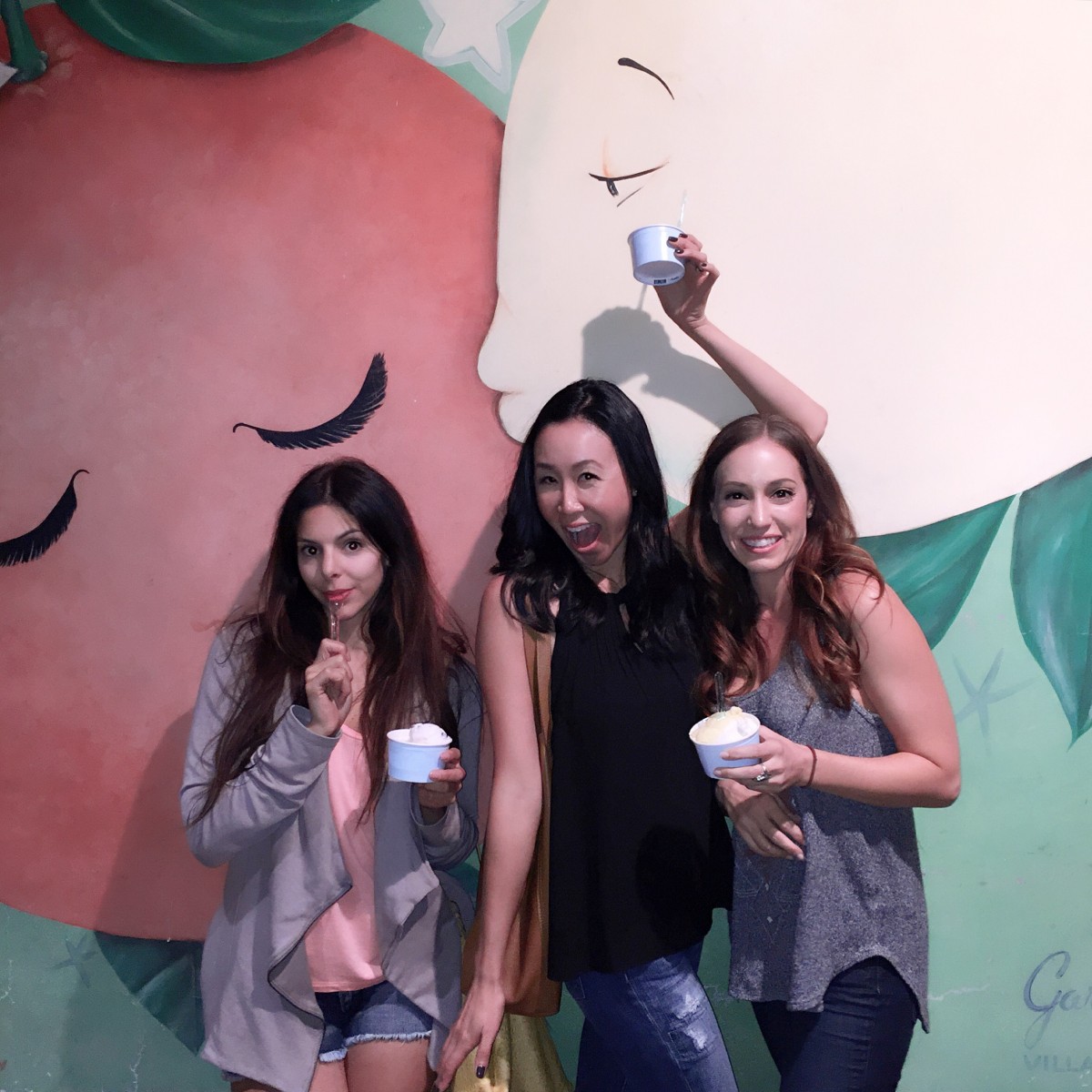 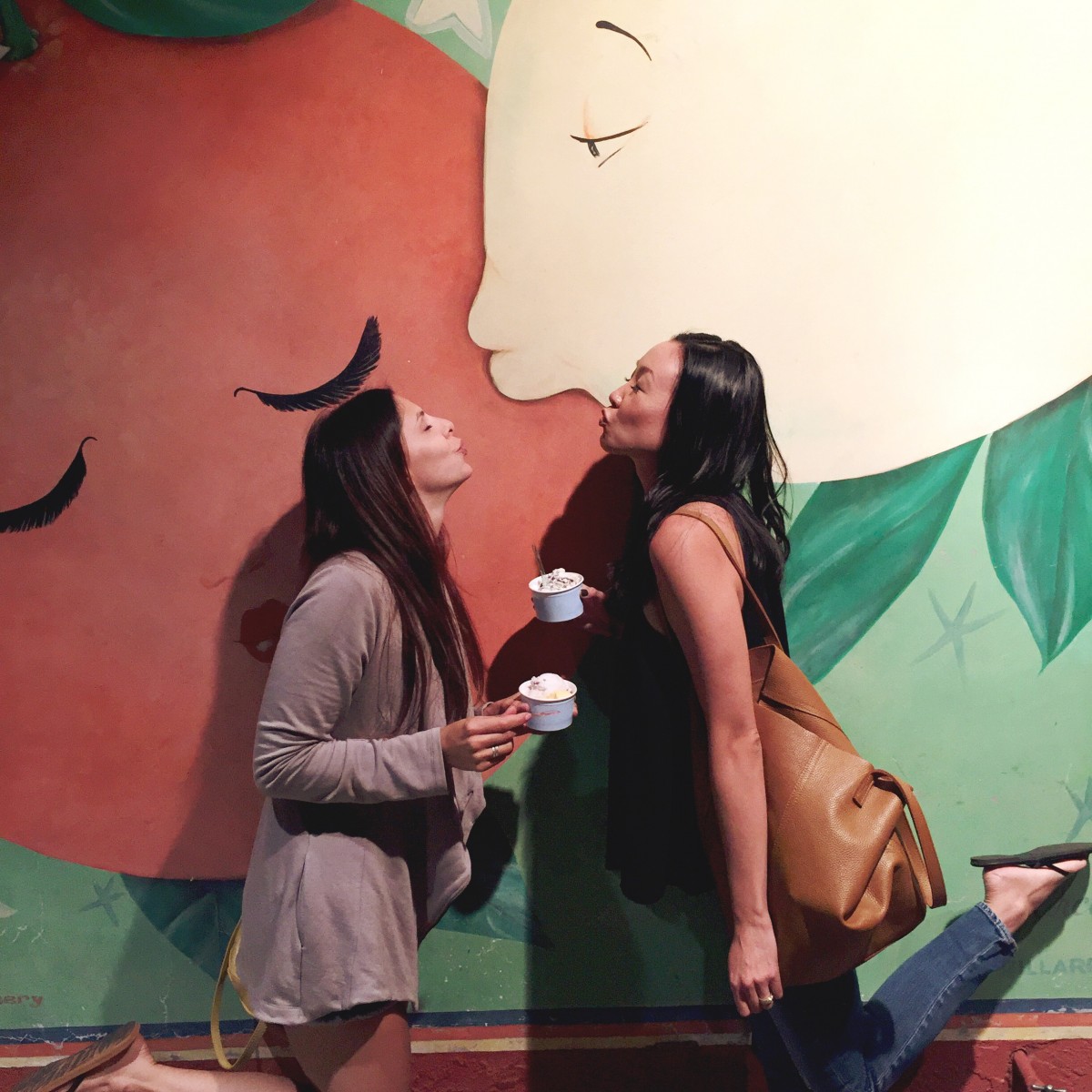 I took the girls down to Tucson for one of the locations for the magazine shoot.

We stayed at the Omni Resort which was gorgeous! The room was crazy huge and felt like a duplex with high ceilings and large bathroom, multiple sinks and a seating area. It’s definitely one of those places people go to stay for a while and probably to golf all weekend. Major thumbs up minus how difficult it is to get to your room with your luggage – pay a bellhop guy. 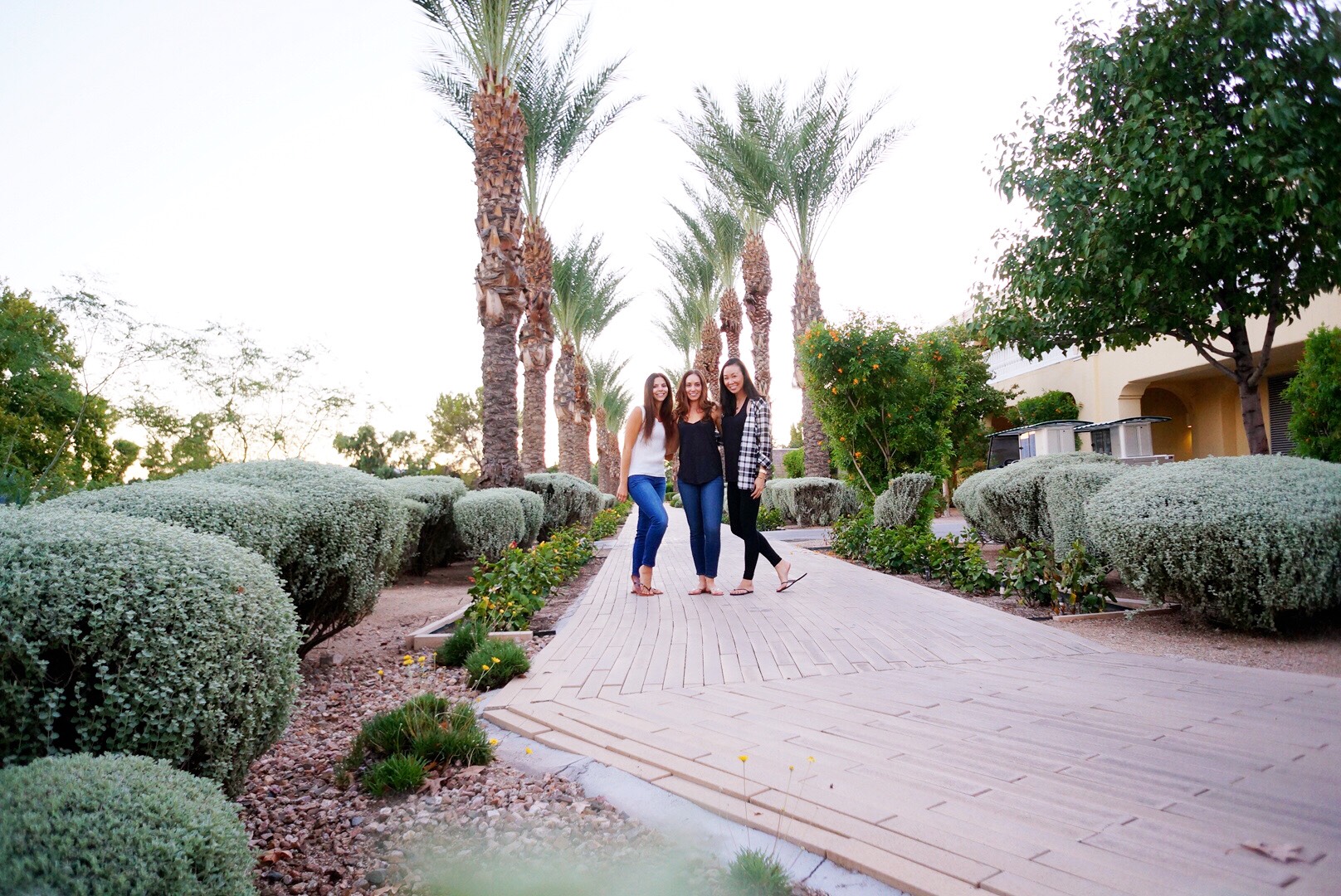 A cool thing happened to Rachel (in middle) the runner – she completed the Western States, that’s 100 miles y’all. There was a casting for legit runners. Maybe it wasn’t called legit runners, but that’s what I call someone who runs like she does, legit. I told her to submit for an audition and she got called in! Fingers crossed she gets the job and gets to come back out next month.

So we took a quick headshot while she was out and before we got started on the PHOENIX magazine shoot. 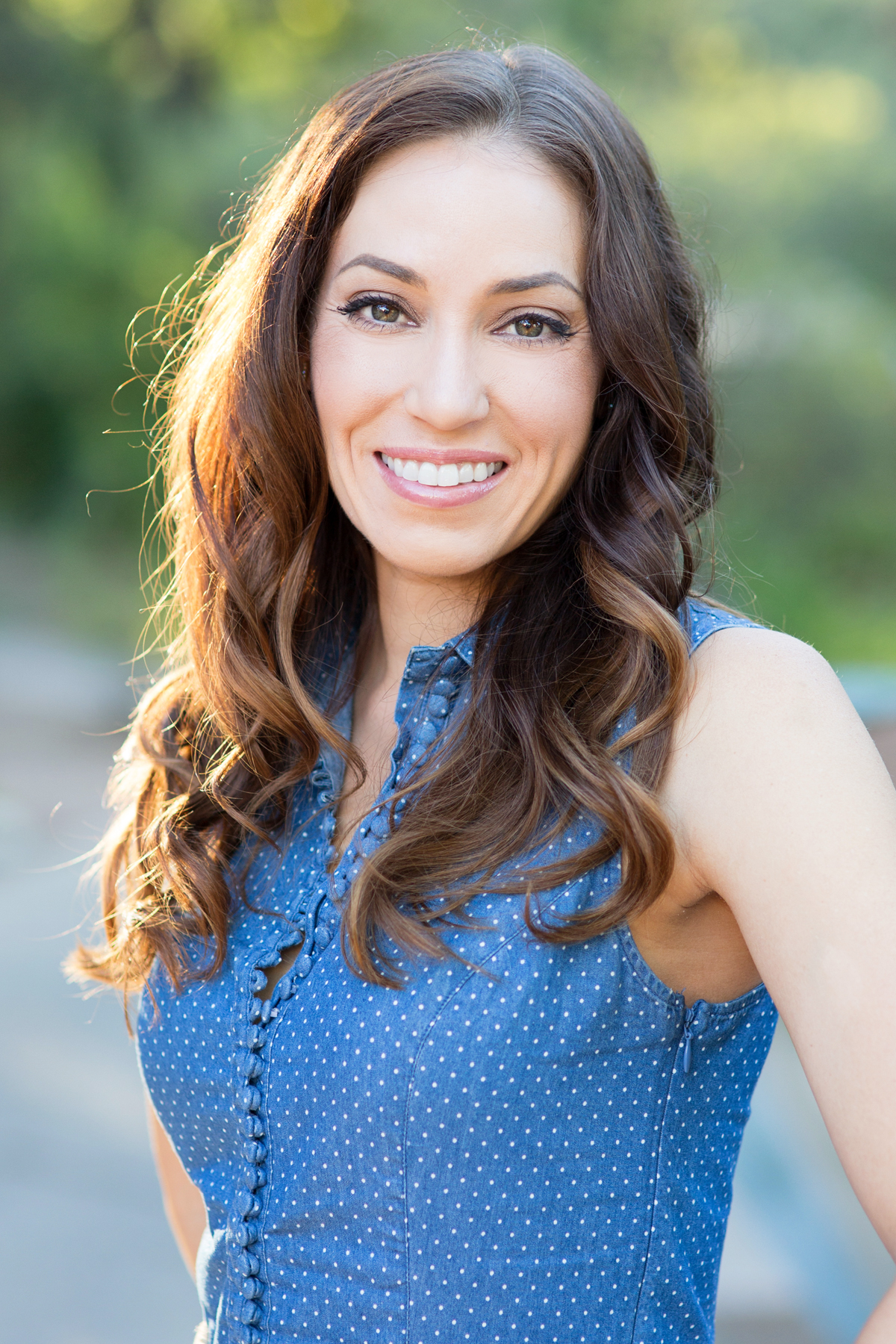 I taught her how to smile with her eyes because she has really big beautiful eyes but you gotta squint them a little with your smile.

Onto the shoot, the horse owning gals painted on horses at Miraval. 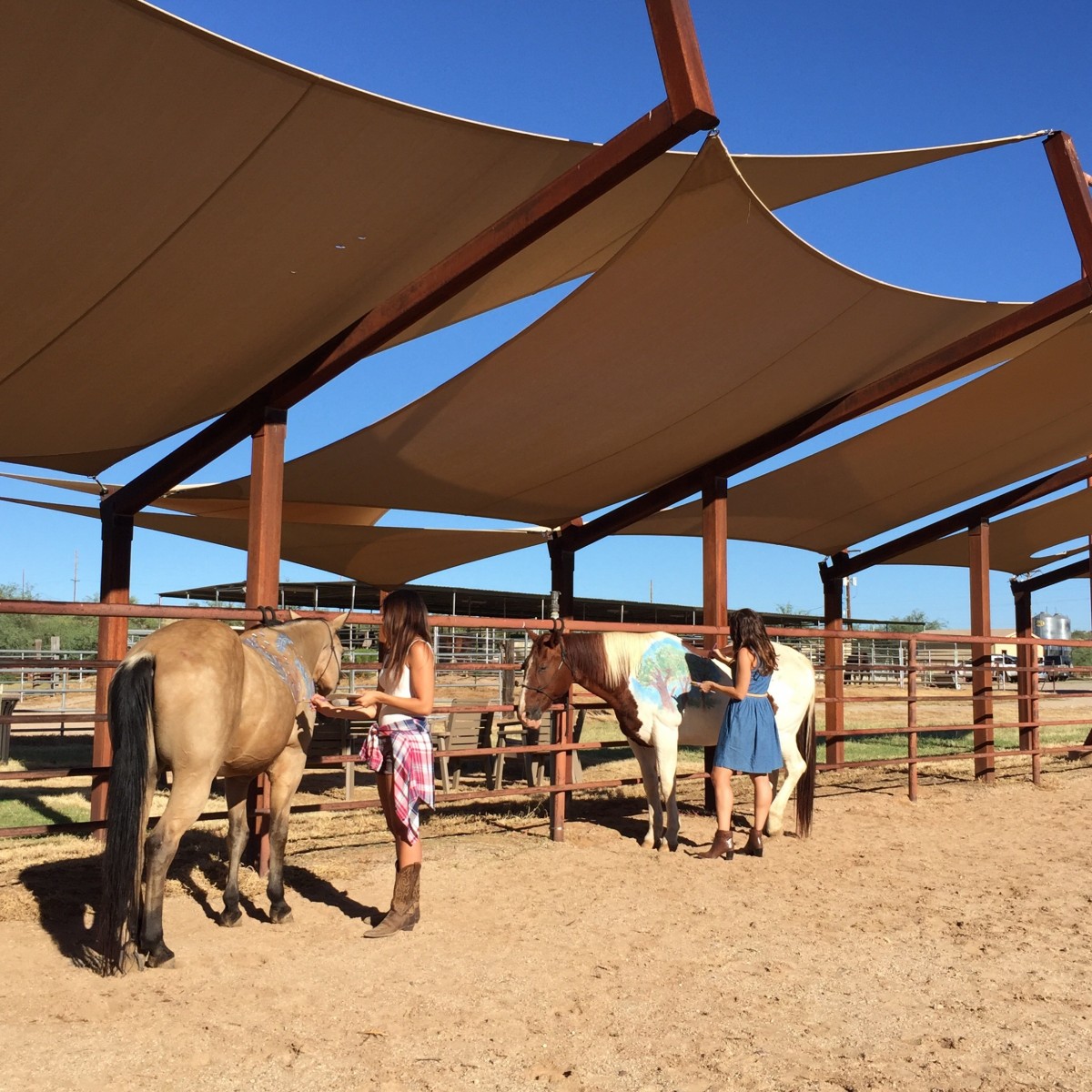 We had a blast, it was like a road trip for us and since they’ve been models for me before it was easy peasy. You’ll have to wait for the summer getaways issue which is not for a while until you can see all the pics.

We also went to Last Chance (Nordstrom bargain basement) about 14 billion times. The reality is we went every day I think and I don’t go that often and I save it for when they are out. I even handed them the keys and said to go on their own because I had a few deadlines for clients. It’s pretty cute how much they love it, but I get it!

We woke up early on Sunday morning to get the short rib hash at Chestnut. I didn’t want it to run out because that would be the saddest thing ever, and I know it because it’s happened to me. Not a good way to start your week when you don’t get that in your belly! 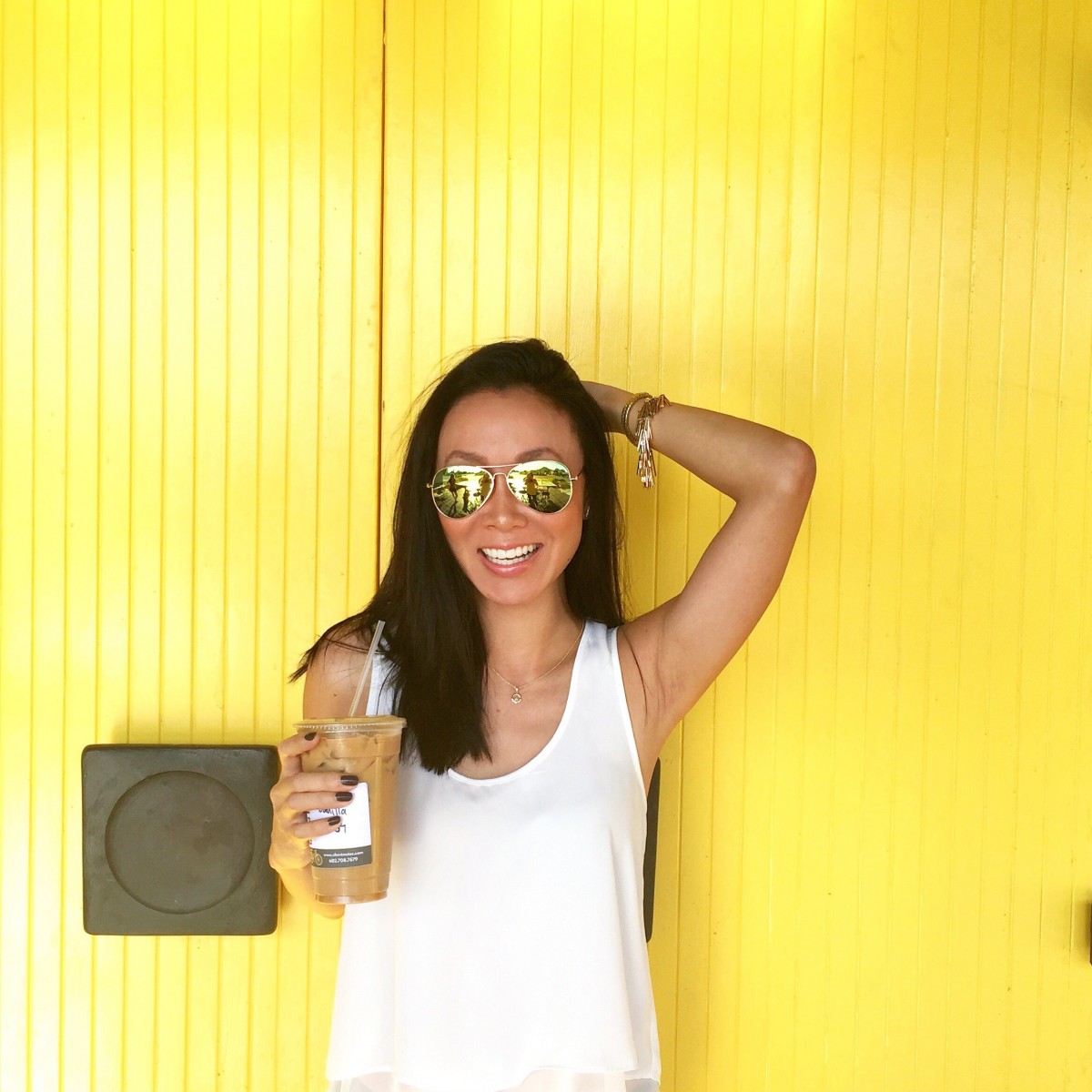 This was our laundry room over the weekend. This is when you know there’s a Chinese girl living in the house – all shoes off at the door. The sight of this makes me super happy, not because I love shoes (even though I do) but I love my friends, having visitors and entertaining. 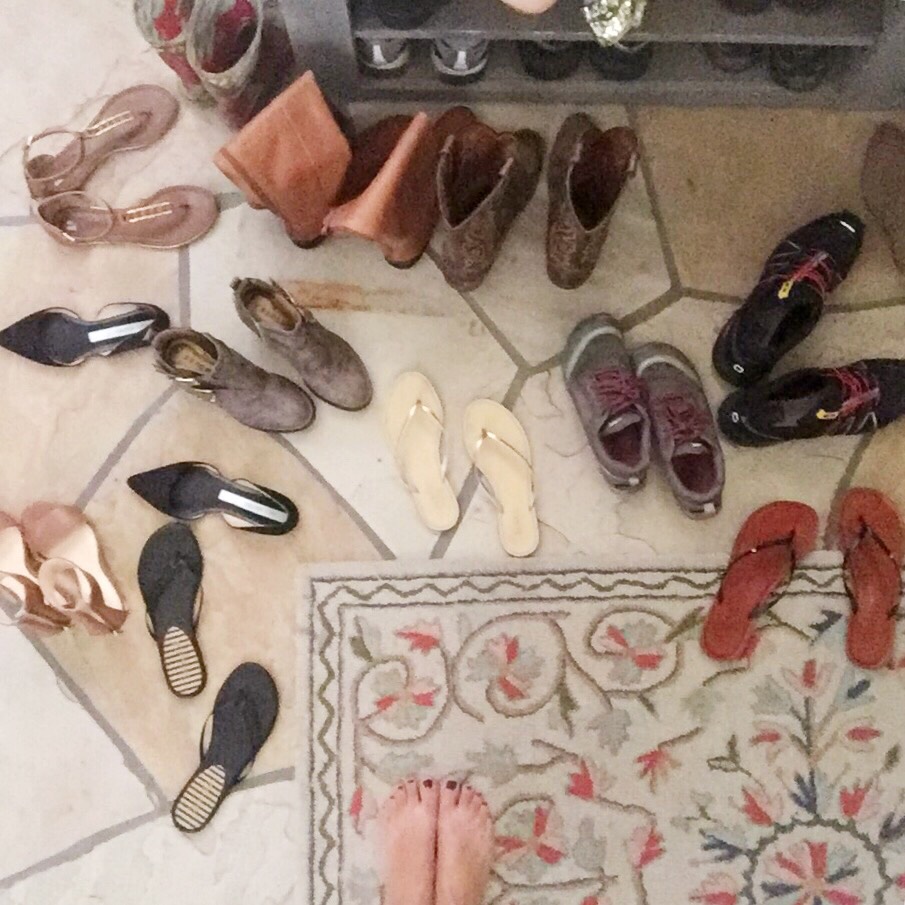 When they left the house felt so quiet, I didn’t know what to do. I laid on the couch as the Mr. watched football and debated taking a nap. But of course, I didn’t. Probably too much coffee.

So that’s what I’ve been up to. Are you doing anything fun lately to share? Send or drop me a link so I can check it out. I’m interested in escaping my life for a few minutes and seeing what the rest of you are up to. xx

There are no comments on I’m on tour.