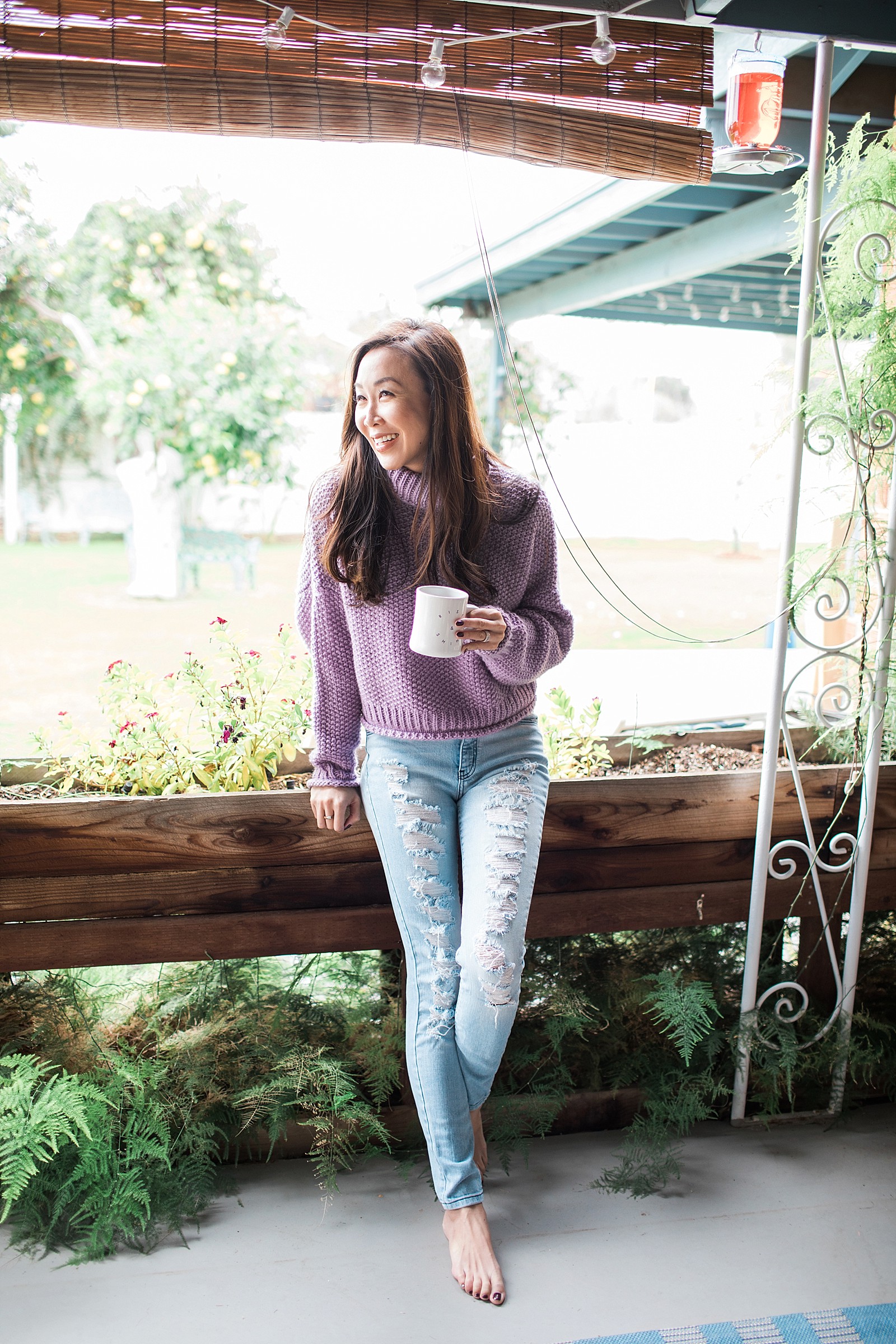 I wanted to buy the grey one. I instinctively would have, only I read a comment that said, “Beautiful color purple, refreshing because I feel like I always buy black and grey this time of year.” And just like that, I bought the lavender.

Our goal is to turn this patio area into a sun room, Arizona room, closed in porch – whatever you prefer calling those spaces. We dream of a second living space so that’s pretty much what we’re saving up for, the next big project. I have a designer I’ve been following for a while so I’m really hoping they will be available when we’re ready – and they do expansions or add ons. 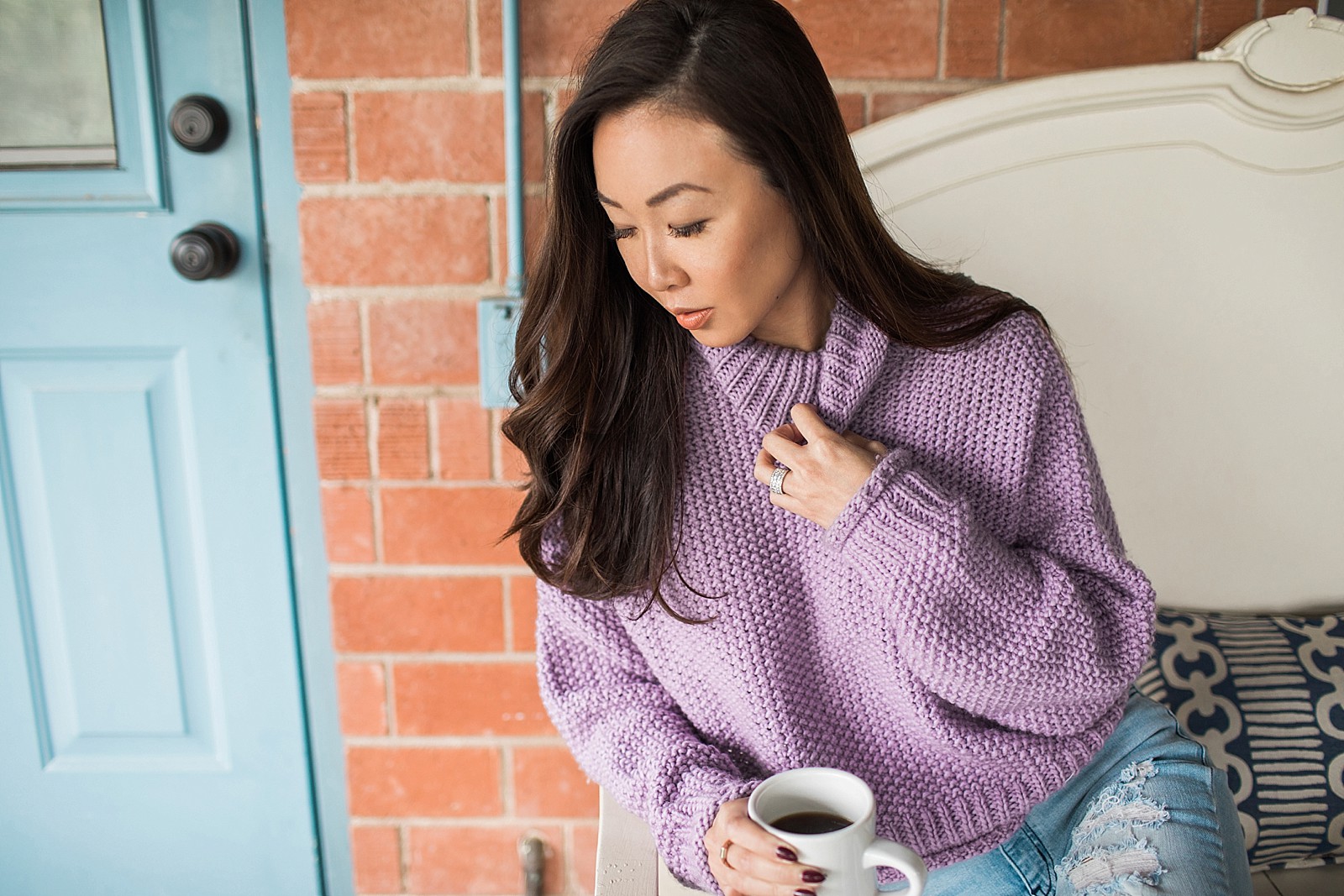 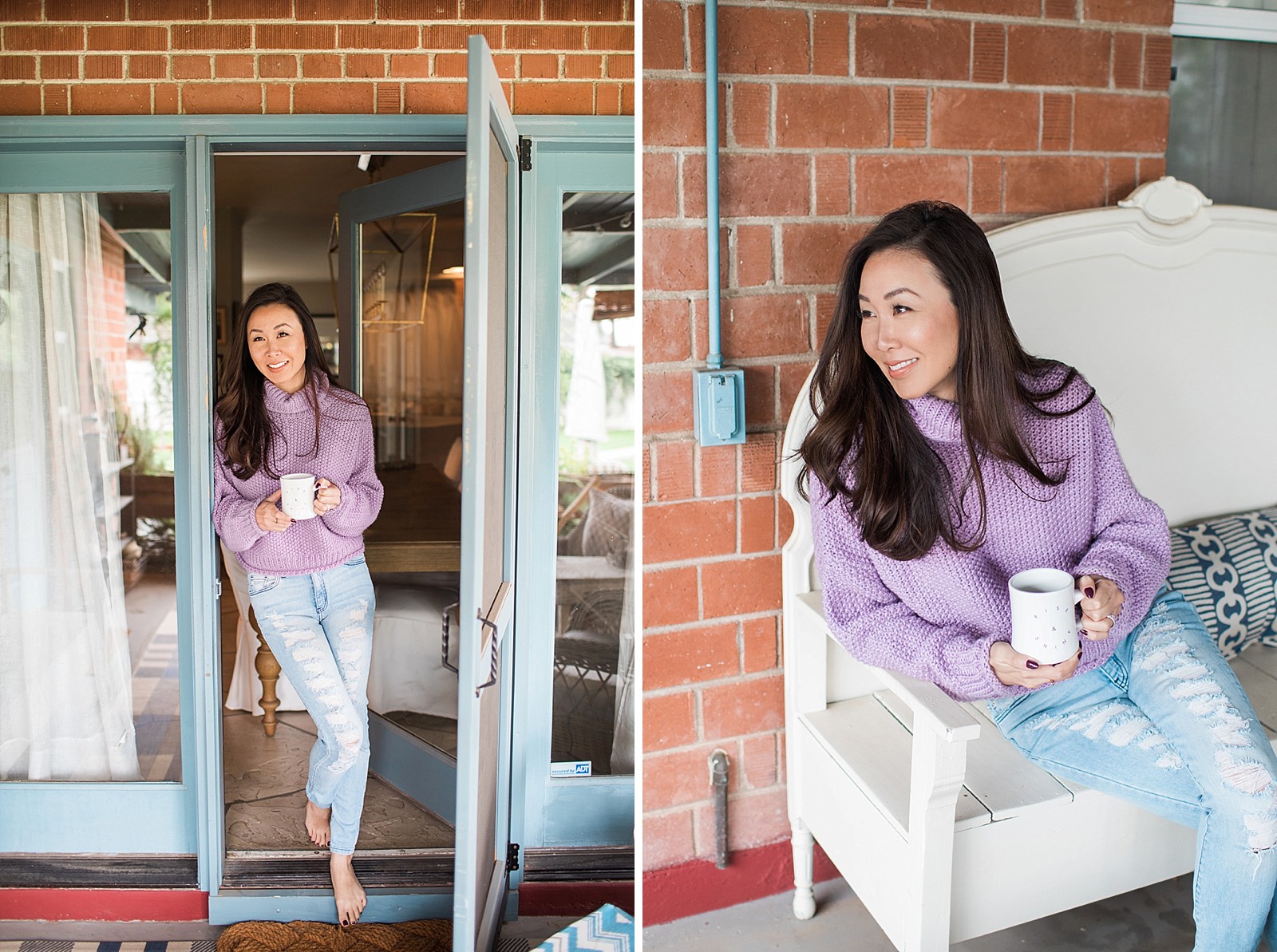 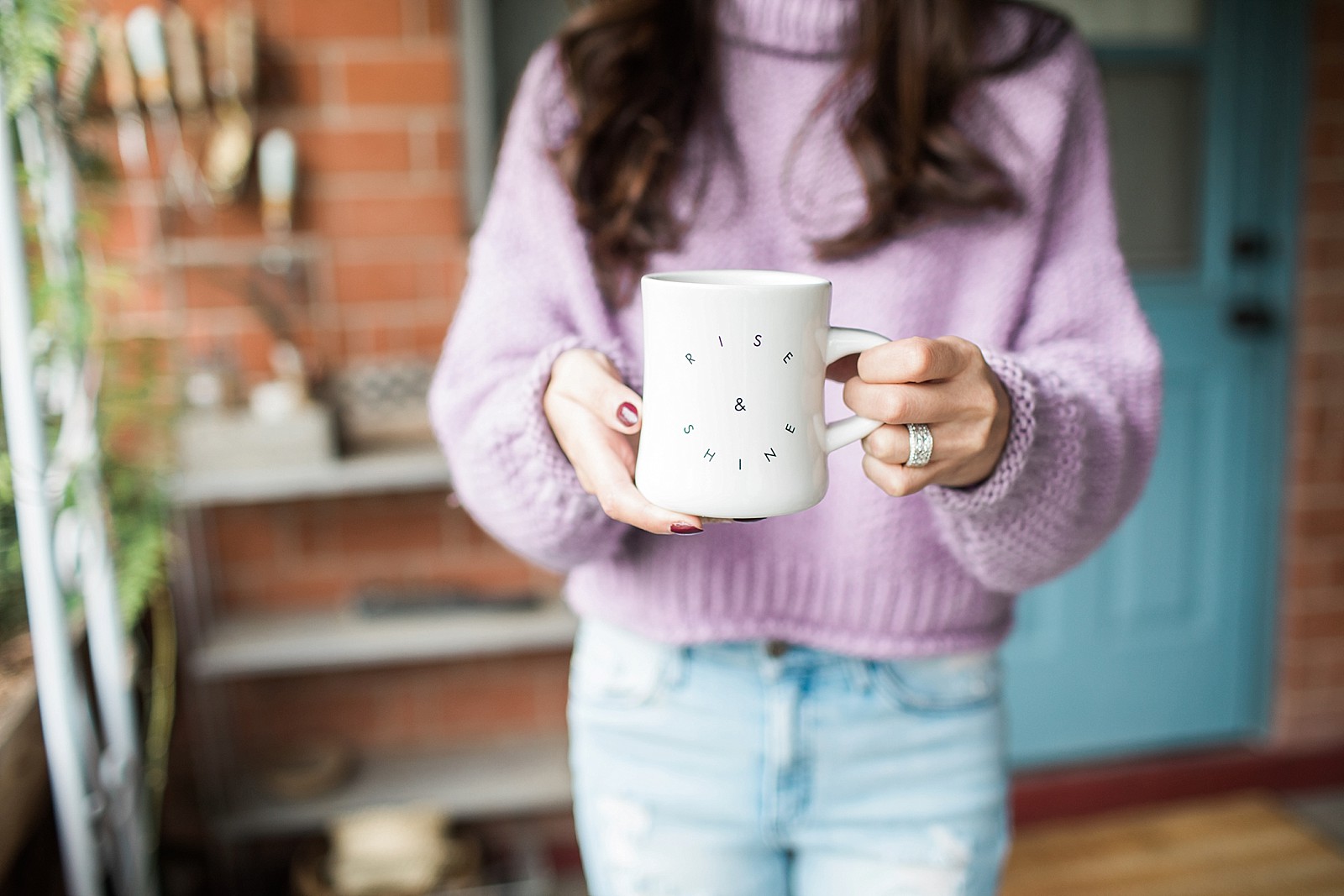 So my mini closet facelift. I figure I should mention it in a separate post as to not put any negativity on that post.  I’ve repeatedly learned with home projects I have to OVER communicate – even if it’s written down, and you’ve said it twice. Had an issue with several things and I realized I’m quite the problem solver (yes, patting myself on the back for this!) once I calmed down after nearly wanting to stress cry, I immediately found a solution to a problem that should have never happened – my clothing racks were uneven (for no other reason than someone didn’t read correctly). But, it got fixed and it’s almost done. Also what’s with having a budget and it costing like more than double? Bad budgeting/estimating? Unexpected surprises? Haha. So if you are working on any home project, be sure to over communicate because it’s your project, your time and your money.

Good luck and God bless your next home project! Just remind yourself it will all be worth it when it’s done!

There are no comments on I went for color + closet project update.