Skip to the content
HomeLifestylePersonal things and updates with Photos 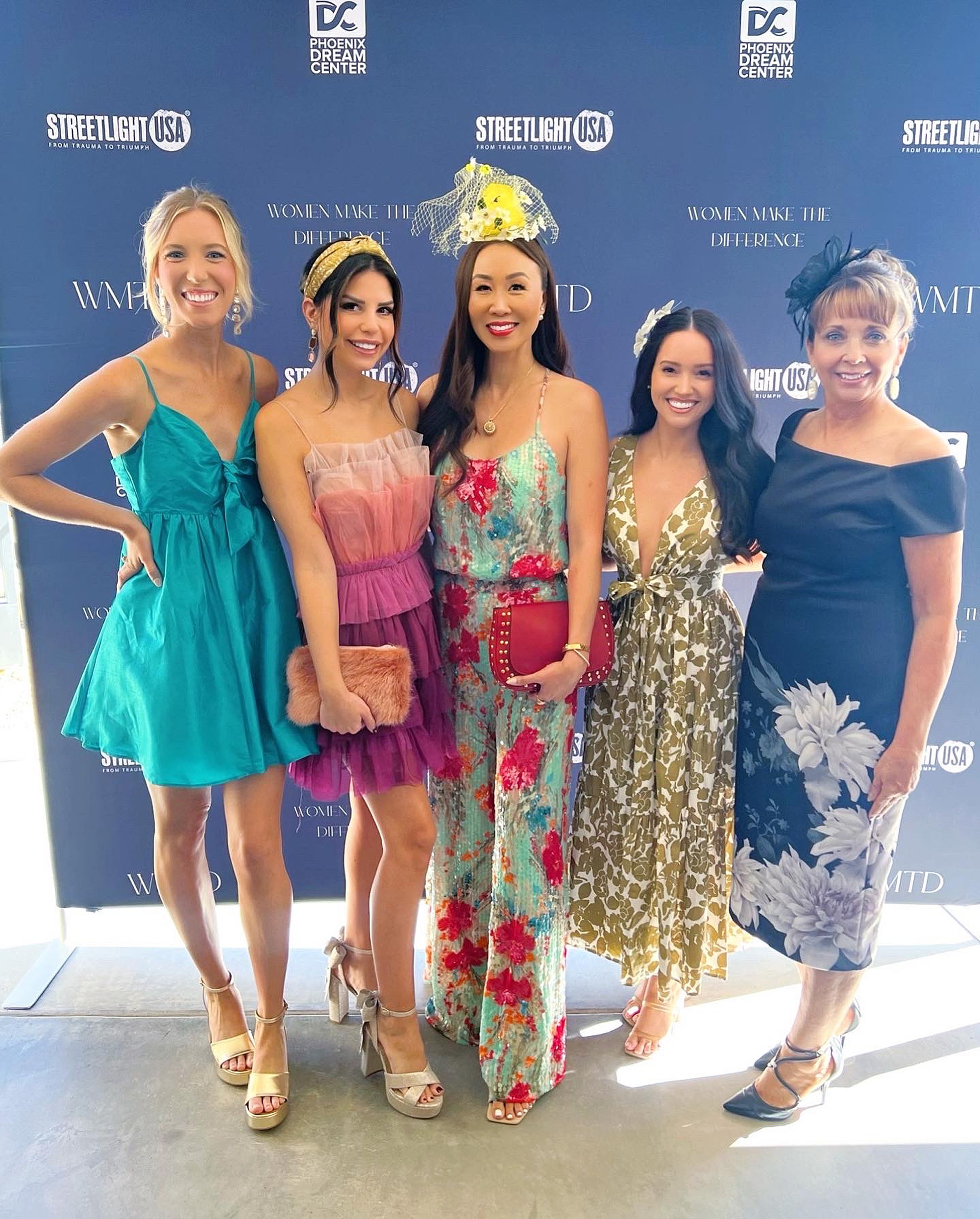 Personal things and updates with Photos

So much has been going on and I want to throw up some personal photos and share!

The Women Make the Difference Event

I hosted a table at a the Women Make the Difference event this year for the third year and filled it with women who are passionate about helping two Christ-centered organizations that assist sex-trafficking victims locally in Phoenix. Phoenix Dream Center and Streetlight USA. The event raised over $310,000 – I am sure it will be more since there are a lot of silent givers.

I am so proud of the friends and businesses who donated to the event for the silent raffle. Also, this best friend of mine Meagan was a guest at my table last year and decided to host her own table this year! That is wonderful goal is to continue spreading the word about this organization and get more people involved. 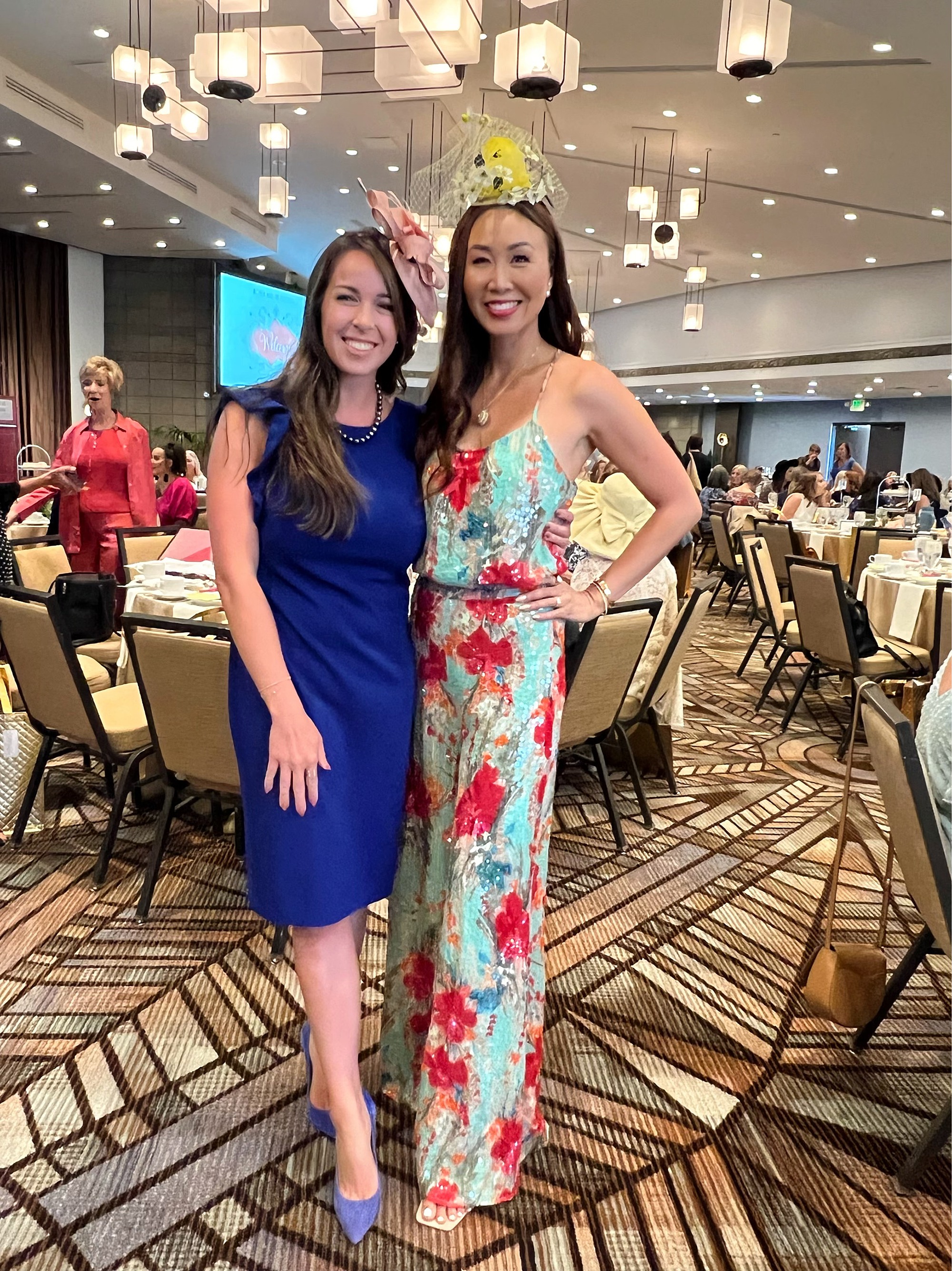 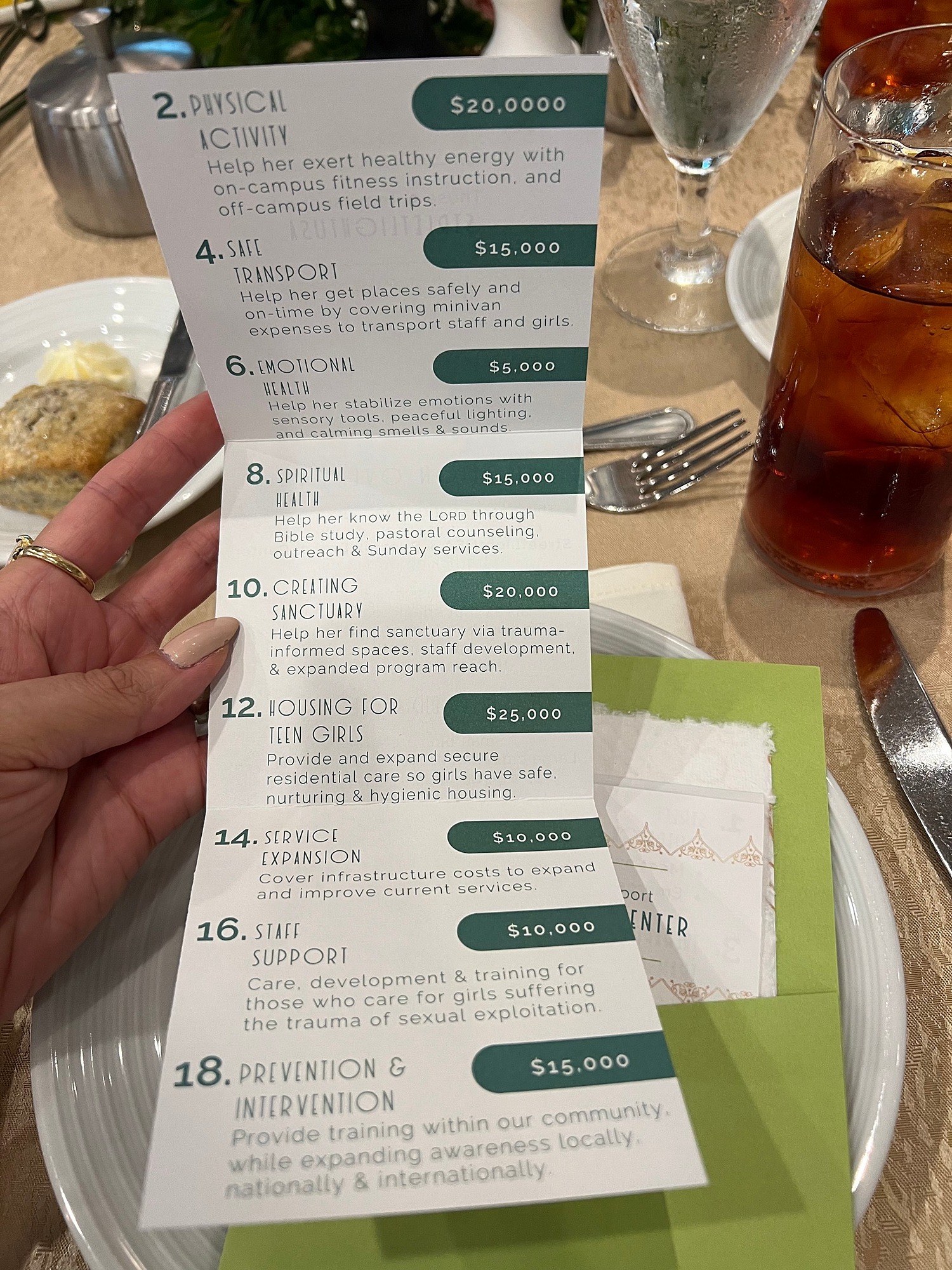 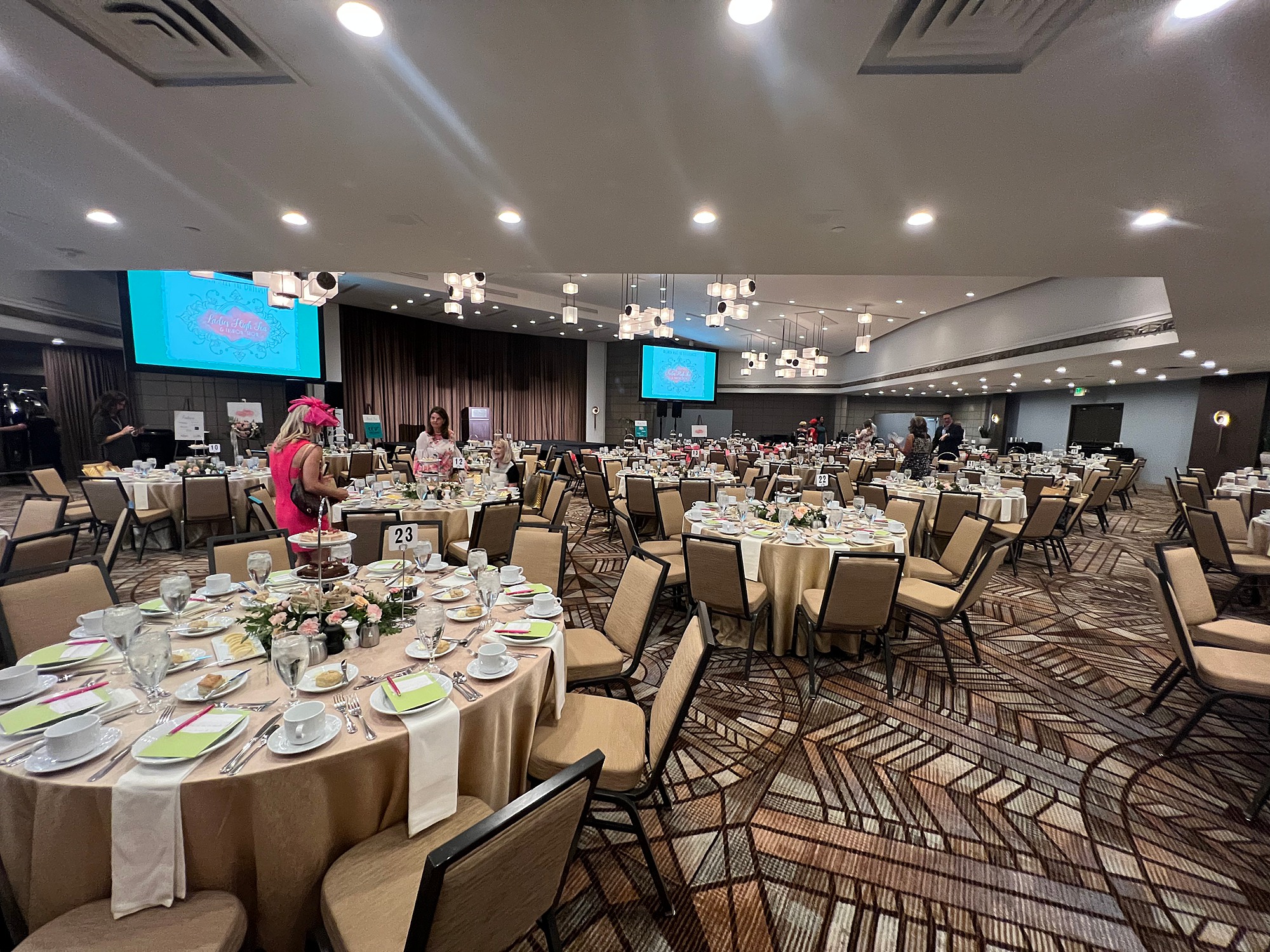 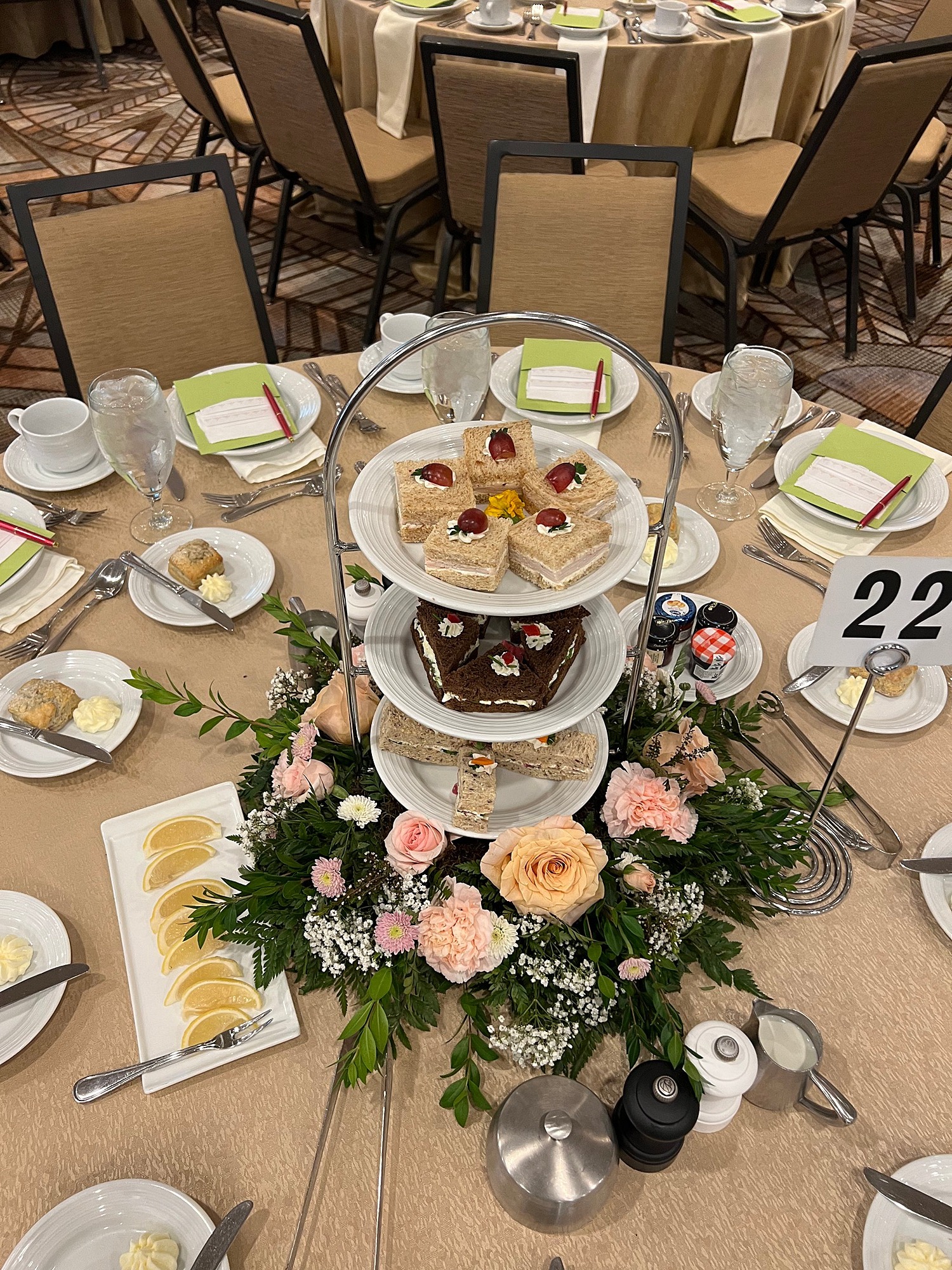 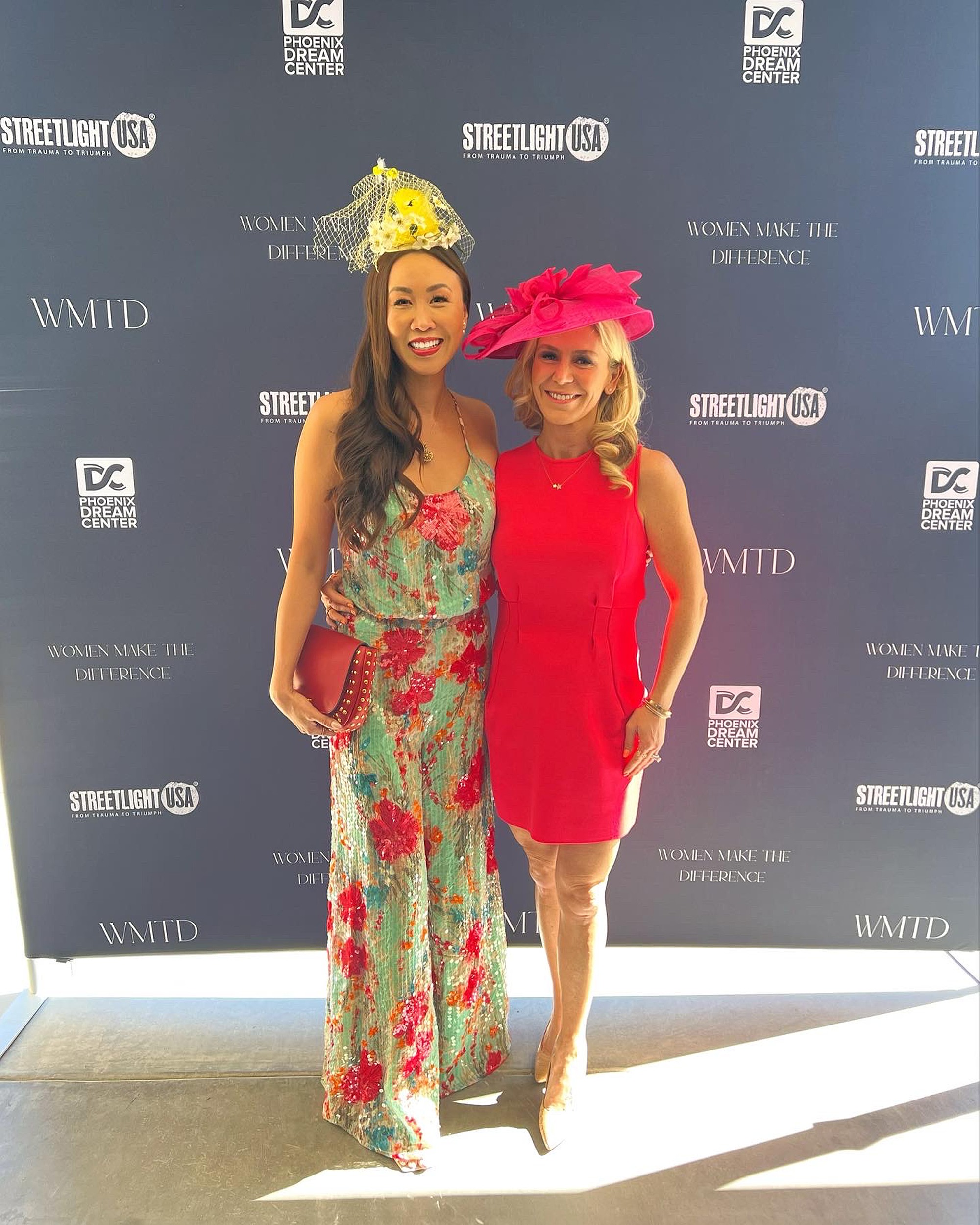 My sequin outfit is from Badgley Mischka, I wore the top in Taiwan in 2020 it was gifted and I saw the pants I had to get it. I love a good set! It’s pretty heavy and hot but I just love the color and flashiness of it. There’s something about wearing color that makes me feel so happy and powerful!

I made a pretty short reel on Instagram here if you want to see it! 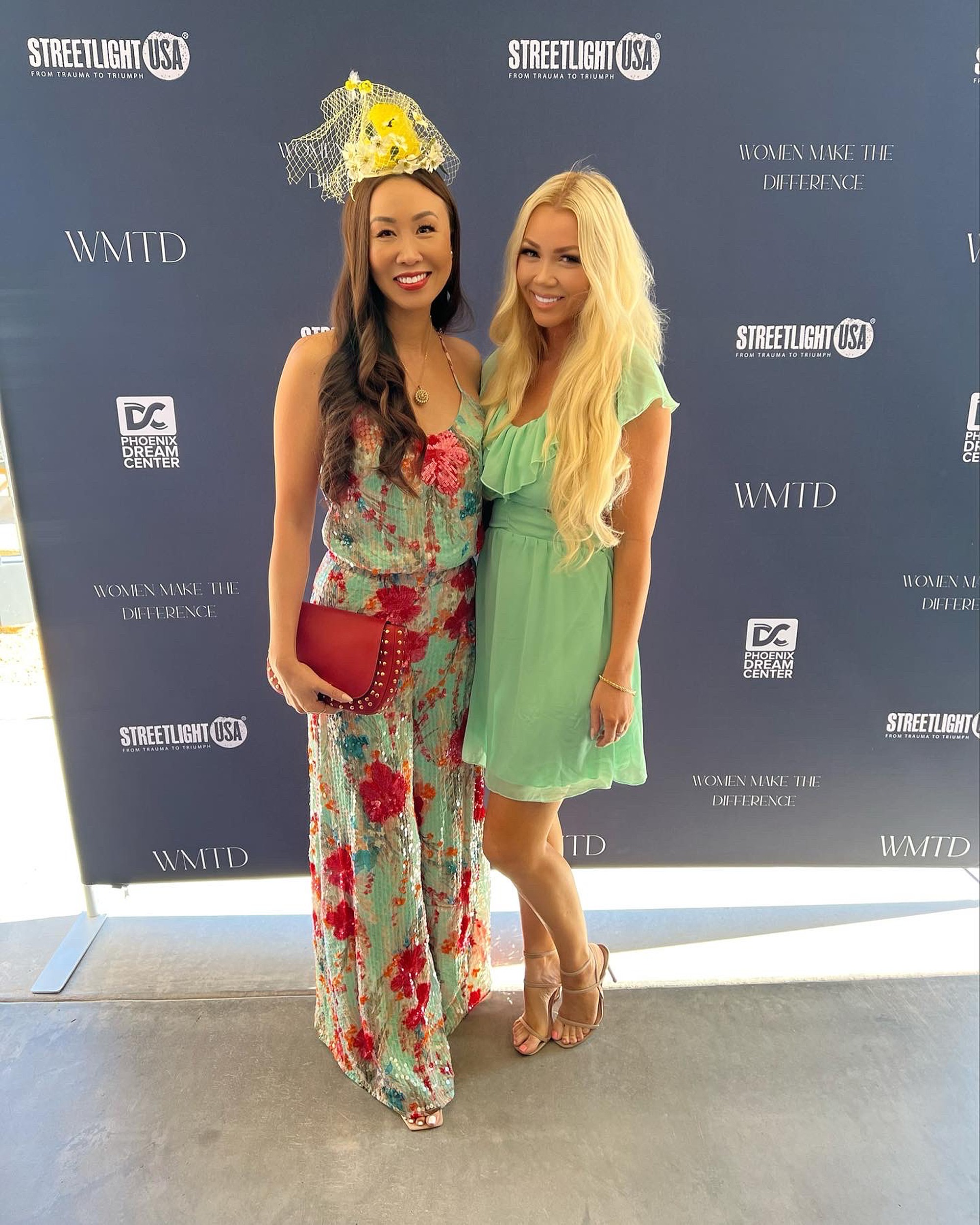 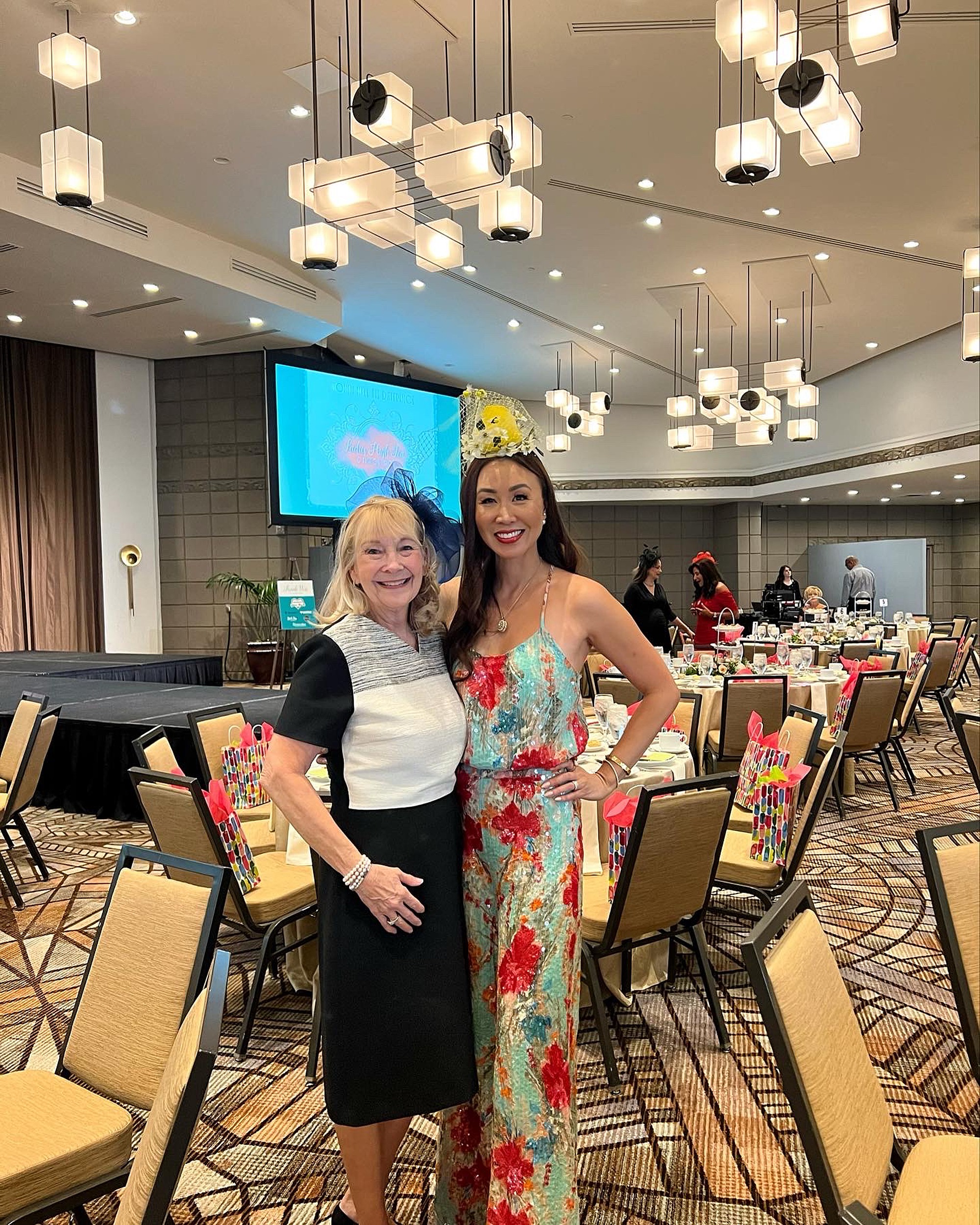 I had the urge to go to the Arizona State Fair and called my friend Brandy to see if her and her husband wanted to go with us the next night. I have memories going to the California State Fair – usually daytime as a kid and at night with friends in jr high and high school in the 90s. If I can be honest, things are very different now or at least at the Arizona State Fair. I can say this because at the end of the night just 200 feet from the entrance we heard a few pops which sounded like fireworks and saw hundreds of people screaming with terror on their faces running away from the exit. I stood there with my goldfish I won and watched everyone fly by unsure what to do. 15 seconds felt like 5 minutes of thoughts in my mind, not panic but confusion, is this really happening, what do I do, is it too late? It was right outside the fair, no one was hurt and the police found the car with four people in it with armed weapons.  We won’t be going back anytime soon and I don’t like where the fair is located. Then my college roommate told me in Idaho someone got stabbed and shot in the parking lot outside the fair! Ugh. Well here are some photos anyway of the night before chaos hit. 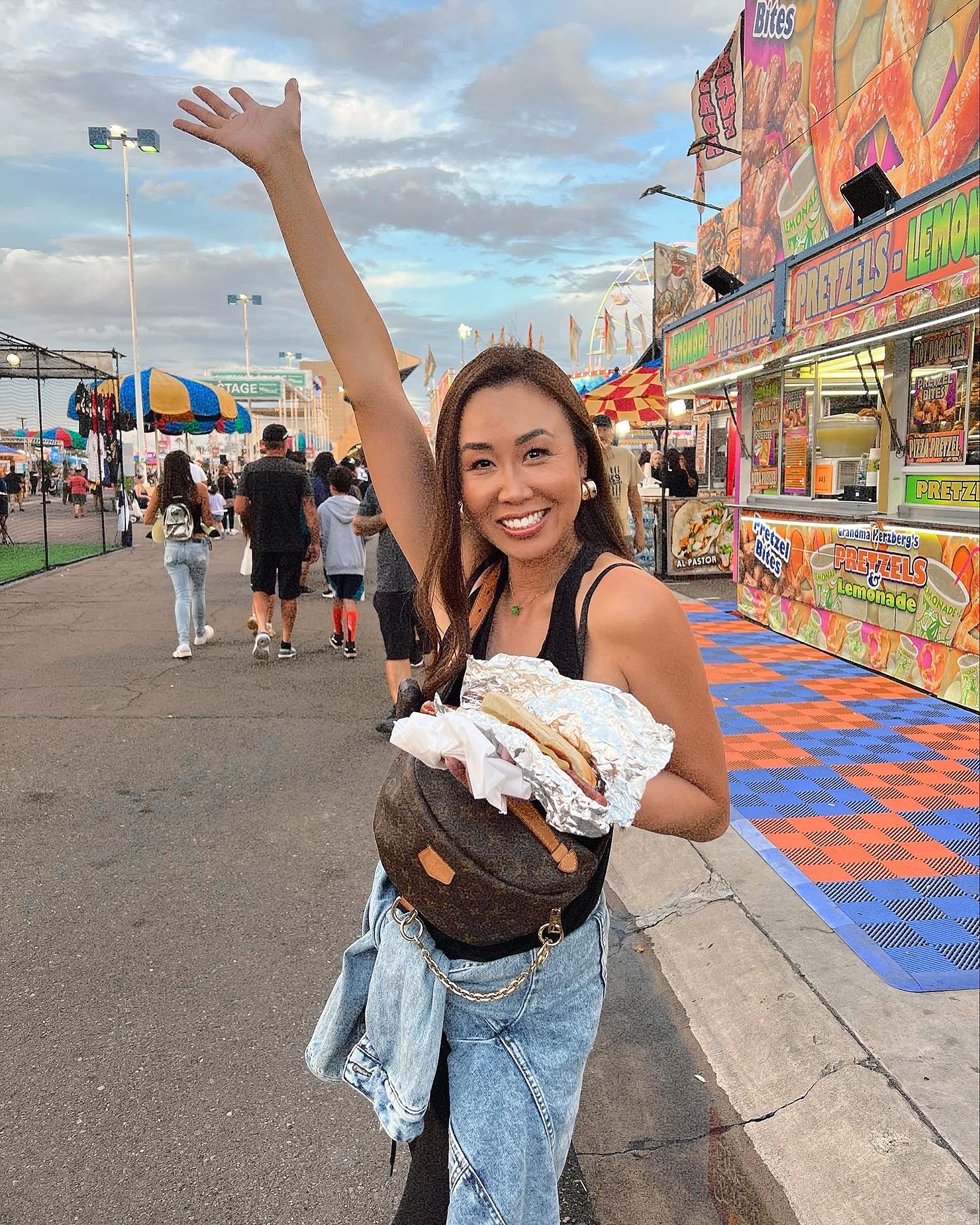 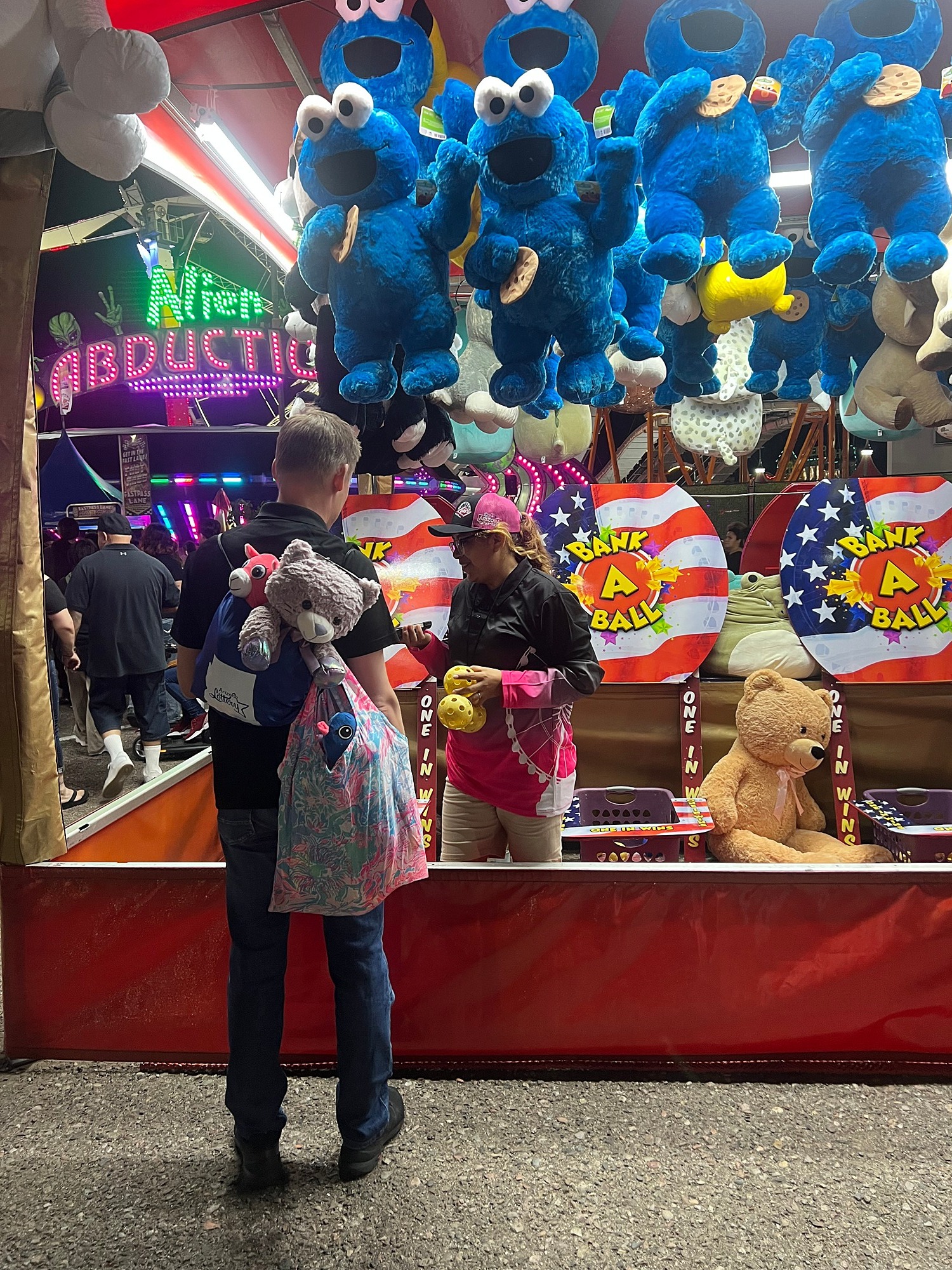 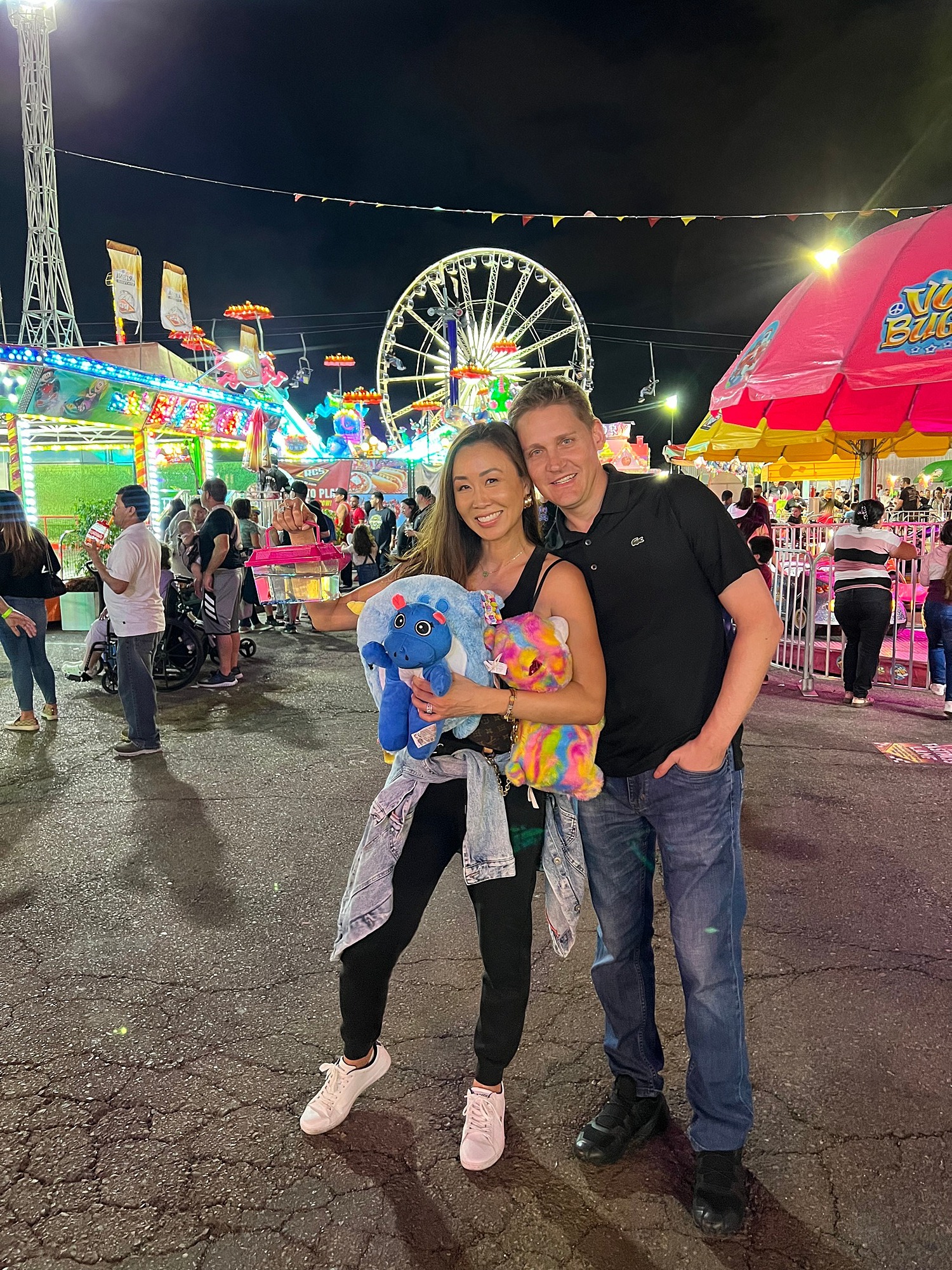 We won a ton of prizes and I named my fish John Mayer. It was other that or Mariah Carey. Then I gave it to a friend who surprisingly stopped by the next day and had a fish tank thank you Lord. I didn’t want to be responsible for his future. Prizes will be given to the kids for Easter.

We Cut down the Chinese Pistache tree ourselves!

If you read this post about what happened with the pistache tree in the backyard, we decided to cut it down ourselves to save money. It cost us another chainsaw blade before we learned how easy it is to fix it ourselves …. oh well. Anyway it took a day to cut down and then 20 trips to the front yard dumpster to remove it and I tell you what – I’m a beaver!!!

I was piling those branches on ramming them through the gate by running fast and I tore up my legs with scratches. Benjamin got a face scratch from a branch while I look like I got beat on my legs and I must wear pants for a while. 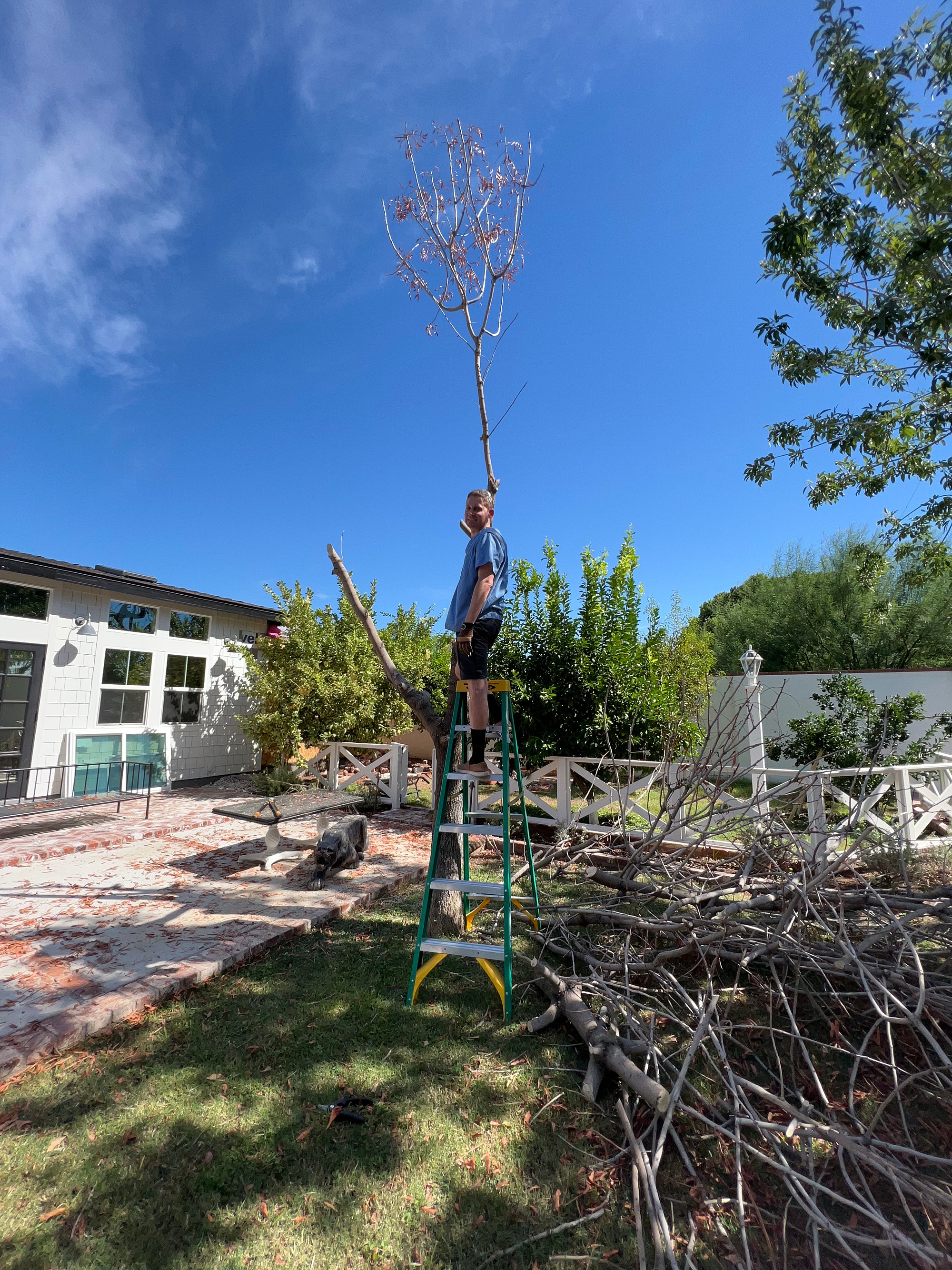 We just need to figure out how to get rid of the stump. That better not cost a lot because we did all this labor work to save us $1500. We will plant another large tree because we need the shade. It stinks though because it will probably be around $7500 for the tree we want in terms of size and planting cost but we need it grown. By next year we will be slowing down anyway with the projects so we can save up for that.

Went to a blogging thing, been going out more with PR invites, and taking some opportunities to just go out, be with friends, make the time and make the excuse to get out and then go to dinner after for QT. Life is good, despite being sick with a horrible sinus infection and impatiently waiting for our closet expansion to be done… we won’t be done until December fully. It’s not even just the outside part that needs to be done but the inside modular system has to be ordered and come in and we need to get on the schedule. So I guess there’s not really a huge rush but it just makes us feel displaced right now which is pretty typical with any construction.

I had a childhood friend stop by from the Bay Area when she was in town and it was nice to catch up. I just feel so grateful for the time to spend serving and meeting up with friends. 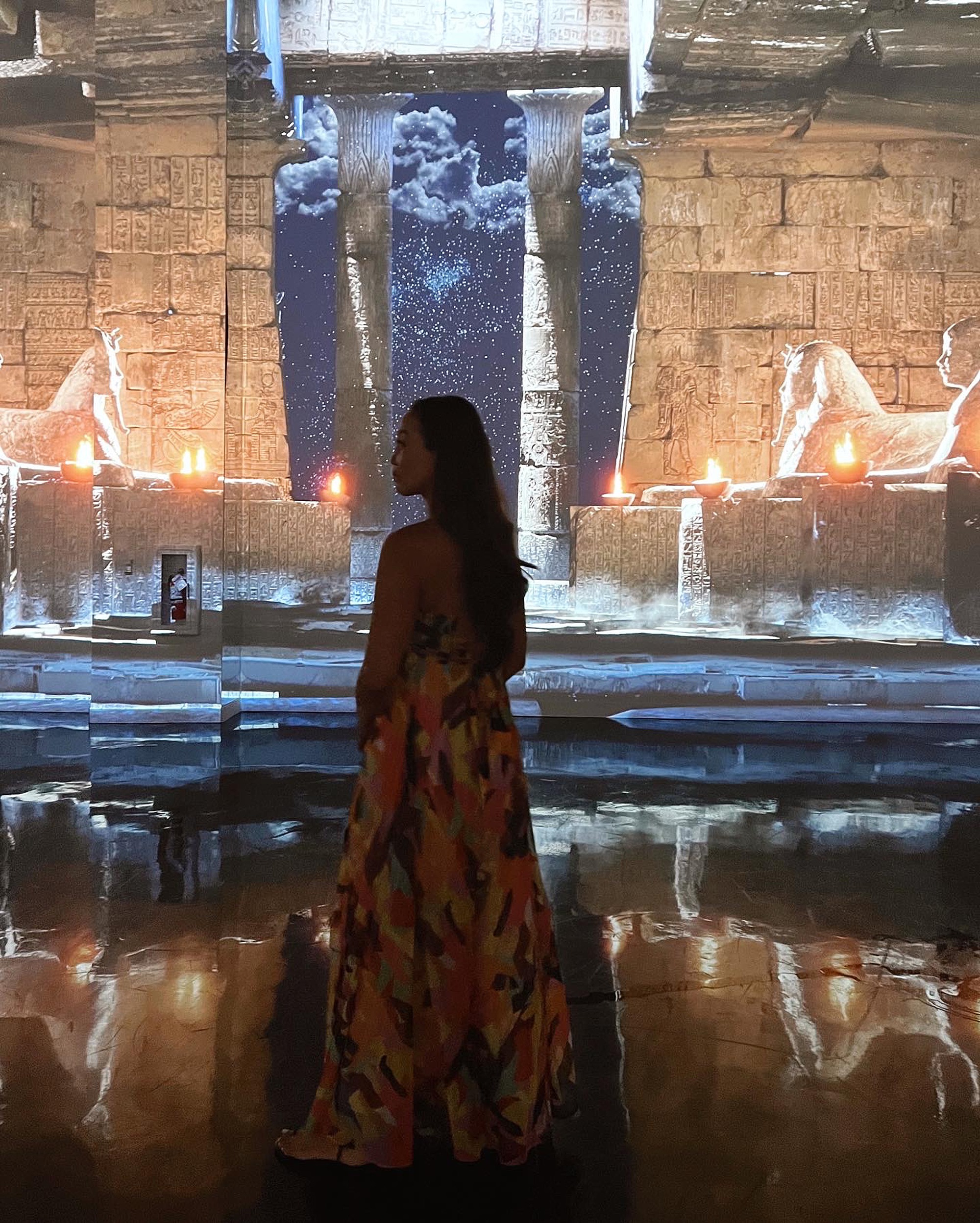 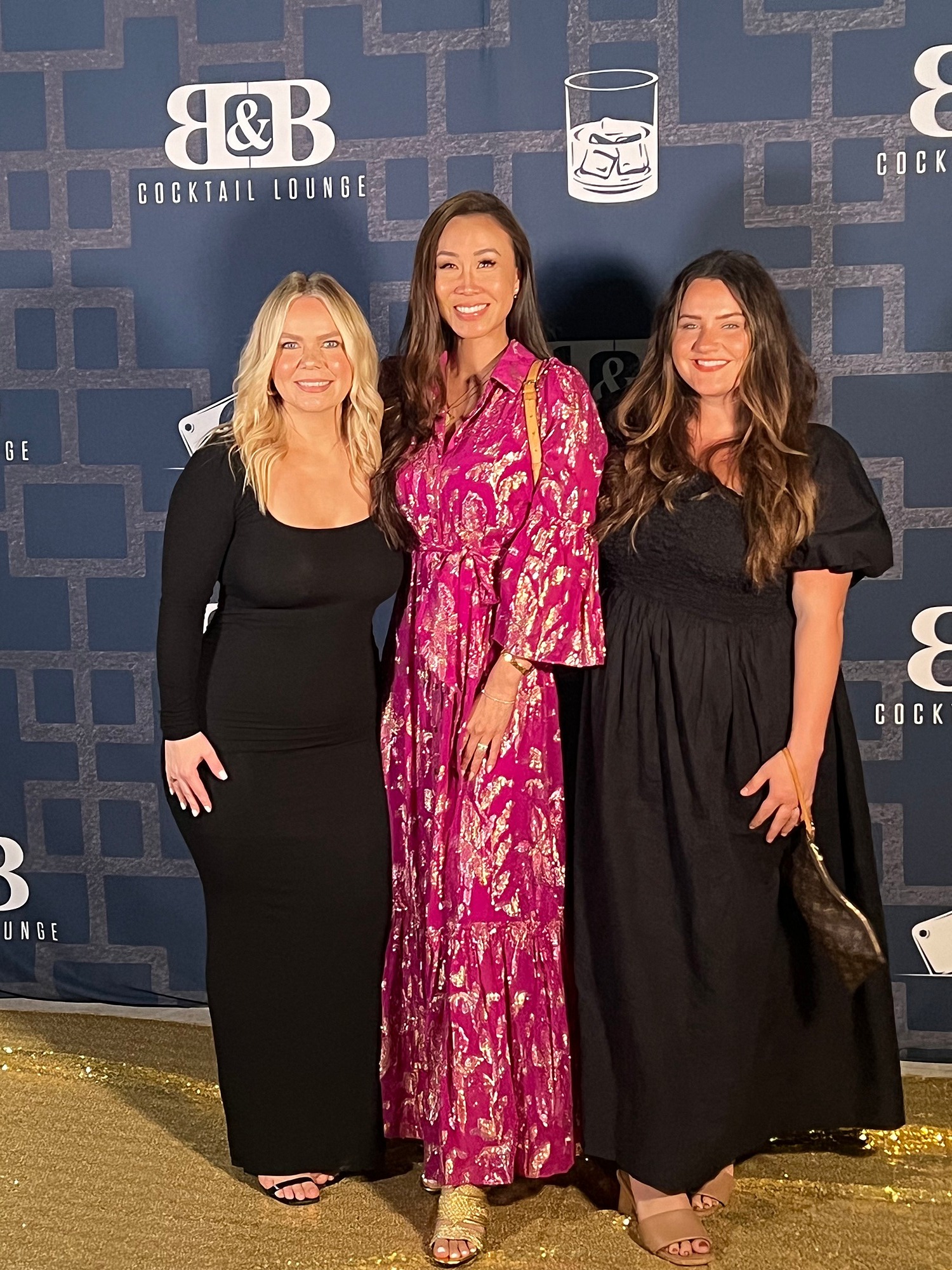 Hope to give you more updates on the master closet update soon! xx