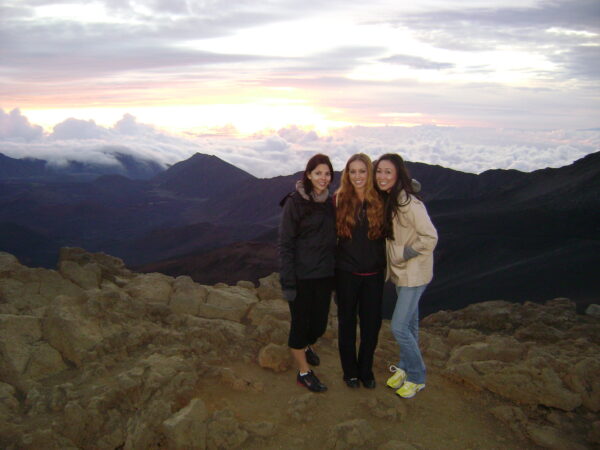 So I know this might be completely weird since this trip was for my 30th birthday, but we had gone before I was blogging about my personal life.  I took some really rad and funny photos that never got shared and that’s a total bummer.  So, I’m just going to do it now because better late than never and this trip was amazing.

Hey, photos are photos so I’m sure you would love to be in Hawaii just like I would so for today, let’s go back. 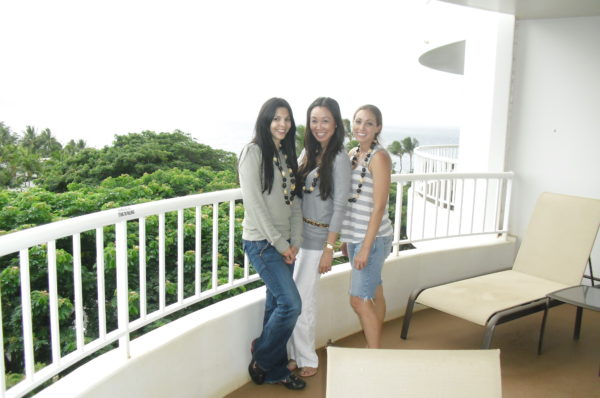 I went to Maui with my gf’s from back home in Nor Cal Rachel and Brittany, and it was awesome.  Mr. Wonderful and I had just got engaged so this trip was booked really before we knew we would be together forever and I don’t plan vacays with boys until they become your husband for several reasons, mainly I believe you should really go with girlfriends because they are longevity.  I later went to Kona a few months later for our honeymoon, Mr. was a bit sad he always wanted to go to Maui but I already had it planned.  My motto is – all of Hawaii is good!

Anyway, we stayed at the Fairmont Kea Lani.  I got our rooms for a steal, ocean view from Jetsetter.  I book often through their site.  We arrived to a birthday cake from my friends Asher and Melissa, and Hawaiian flowers from my high school girlfriend and her husband, Carrie and Eric who at the time, lived on Kona.

Thankfully these two travel companions of mine had a lot planned since it was their first time to Hawaii – I’ve been to Hawaii a bit, not to sound snotty, but I just have several times like five or so since I’m from California and it’s pretty close.  So, I was just plain lazy and let them tell me what they wanted to see.  Our first full day, they made me get up at 4 am and we hiked to see the sunrise at East Maui Volcano, Haleakala, to see the amazing view, the one you saw at the top of this post. 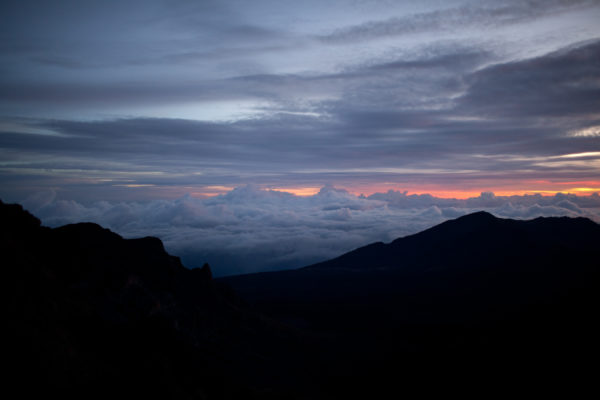 It was cold.  We walked up to the very top where there were way less people.  The main viewing area is much too crowded with tourists, you gotta hike up further up (.4 mi) to see the view with less people.  I didn’t want to, but I’m so glad we did.  We waited for the sun to come up. 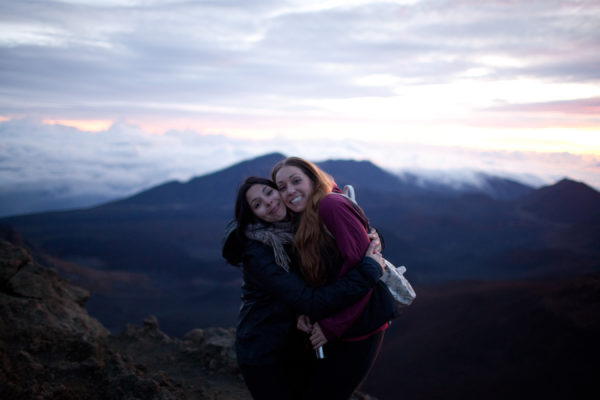 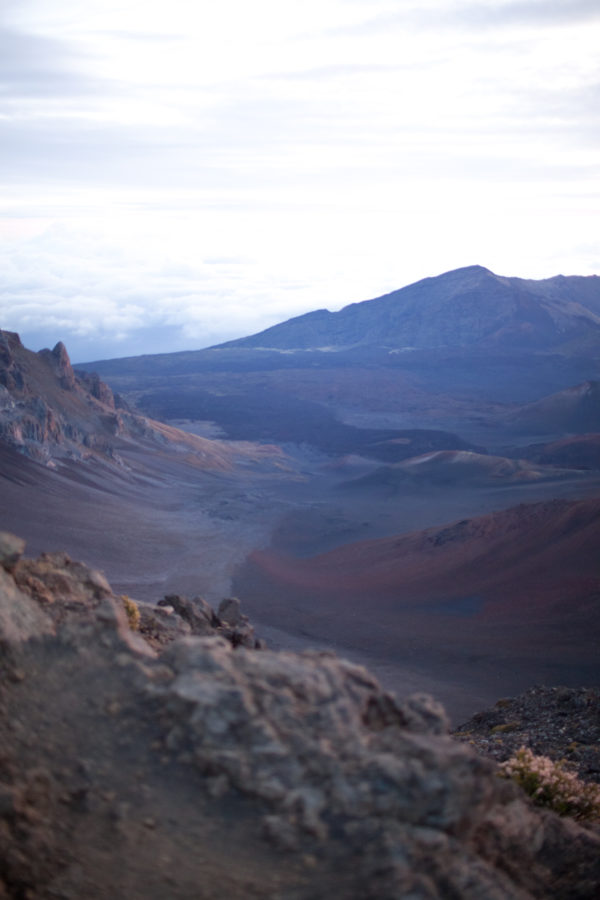 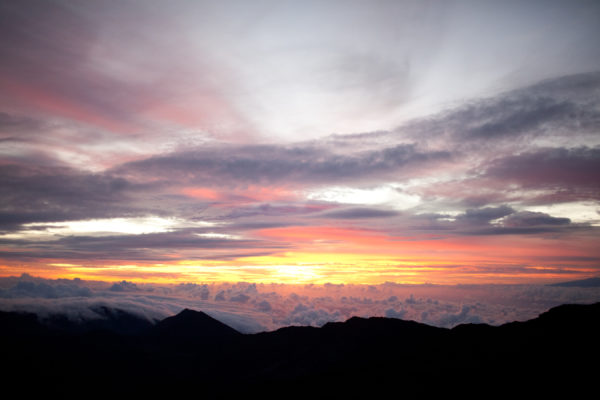 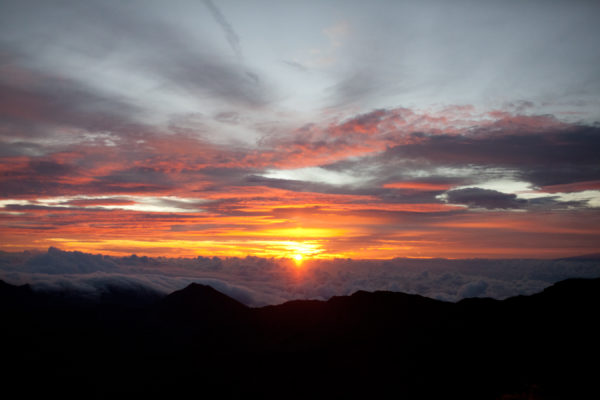 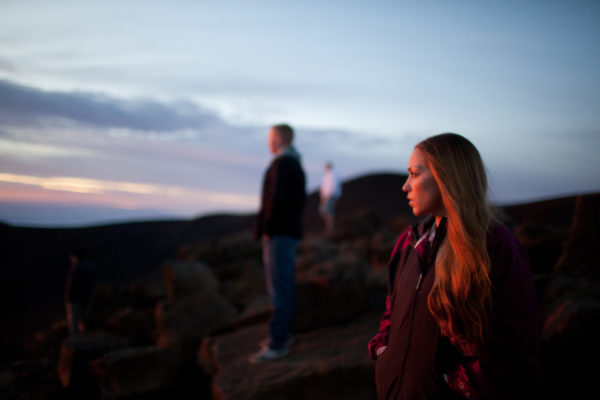 What a sight.  We were all just quiet witnessing the beauty.

Then we came back down. 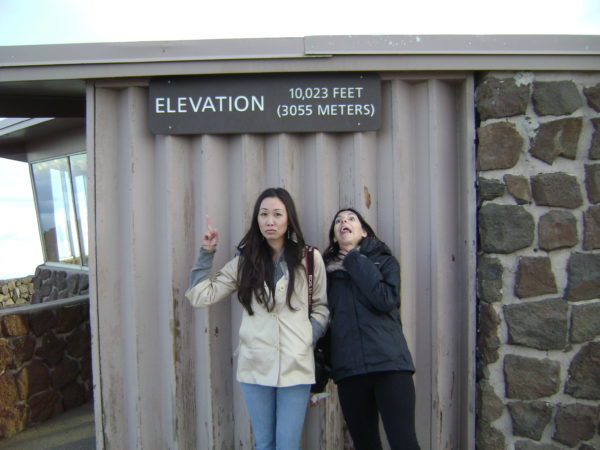 The hotel was incredible. 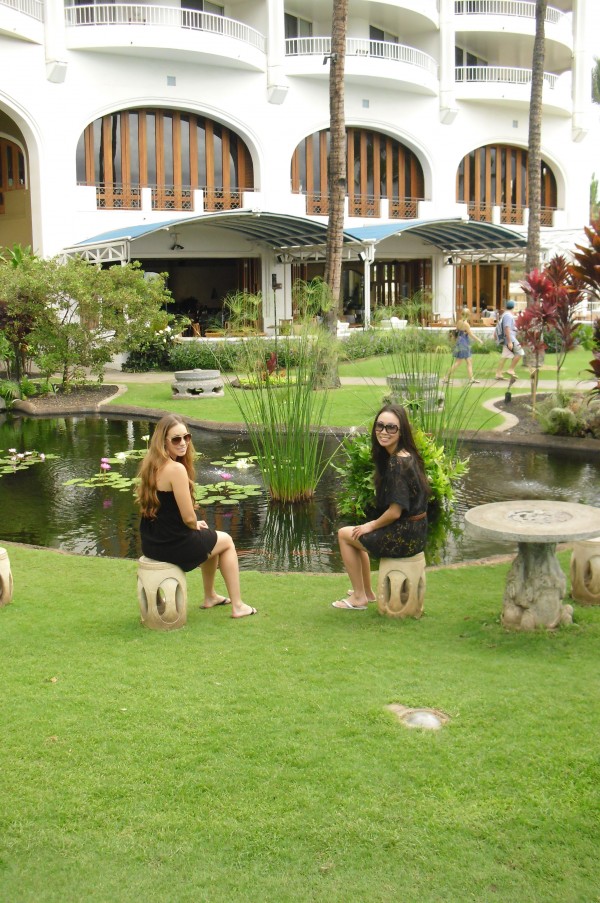 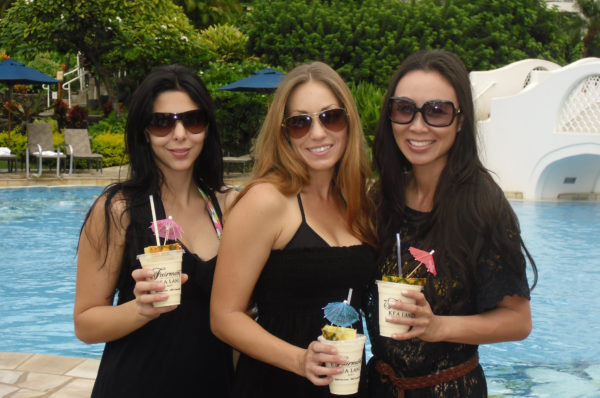 We walked around town and I love this photo with our ice cream (below).

However, the memory of this photo still cracks me up every time I see it.  First, it reminds me of the 18 year old adorable Hawaiian boy who declared he loved me through the glass – if he only knew I was 30 (and I so would have loved him if I were 16), second, a homeless man on the street said, “Oh, to be an ice cream cone,” as we took this pic.  We all laughed and ran off.  Inappropriate! 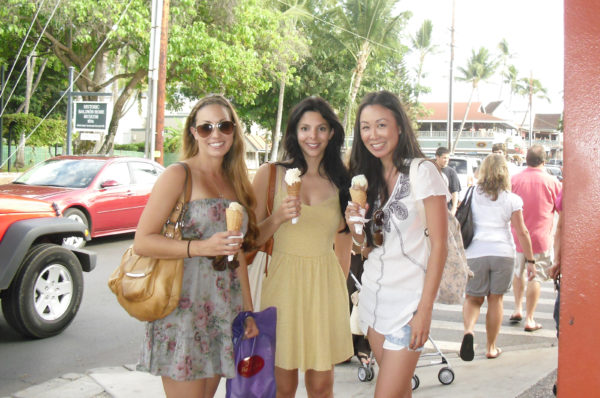 The food was amazing, here we are one night dressed up for dinner.  Maxi dresses were a must. 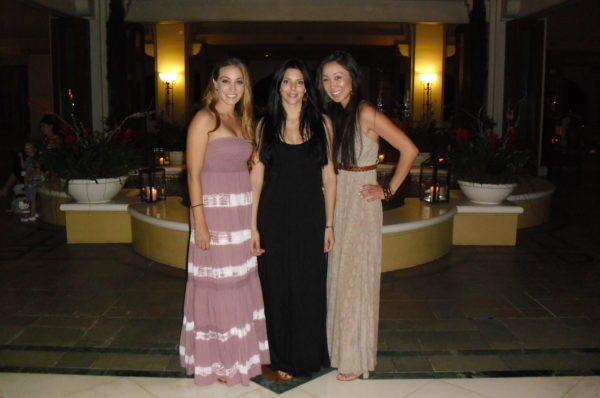 We did the road to Hana which was absolutely terrifying, but we survived – thankfully because Rachel commanded me to get out of the car because apparently I’m bad driver and she was getting car sick.  Thank goodness because she’s an excellent driver.

We saw lots of waterfalls and chased the shore. 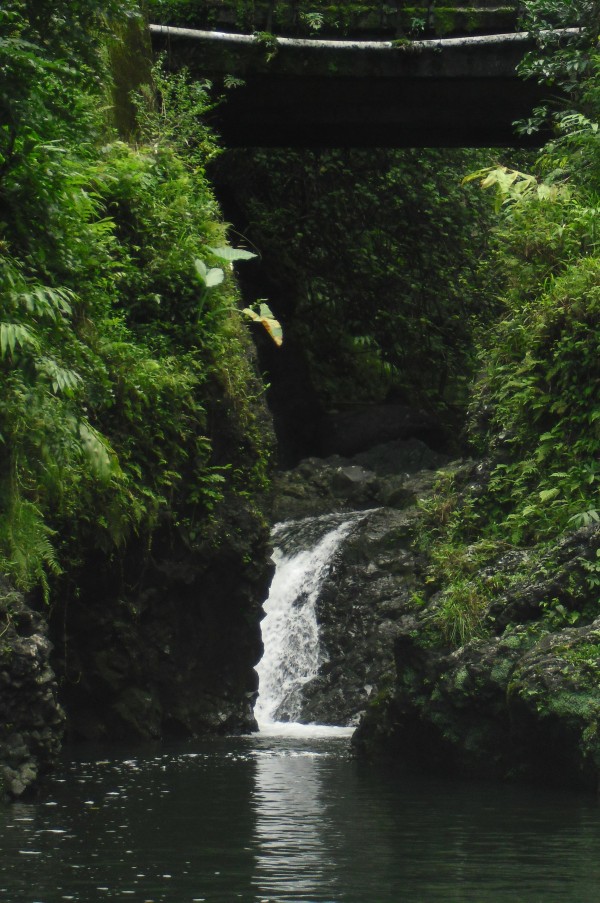 We explored a lava tube. 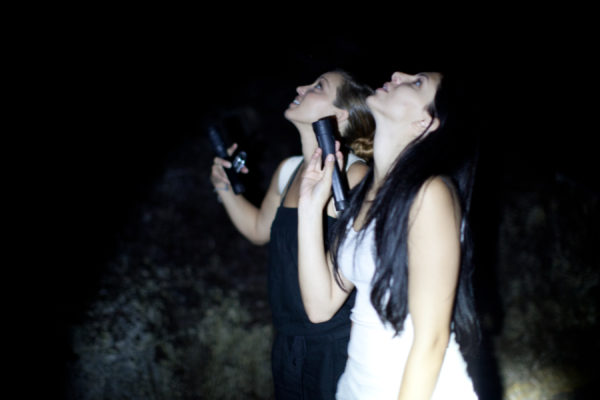 Brittany broke her flip flop down in the tube so we found an emergency kit (they leave them down there) and we wrapped her foot with bandage tape.  Here we are laughing and filming her as she tries to find a solution.  We are such helpful friends just laughing and pointing. 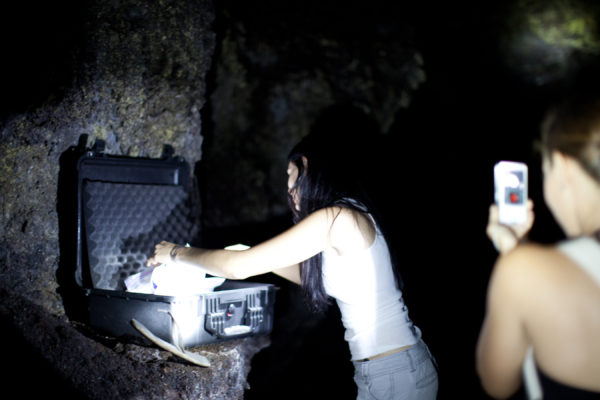 And here’s Brittany’s face after reading the shiny gold stuff is actually some live organism and there are blind bugs in the cave, after she has walked barefoot now… 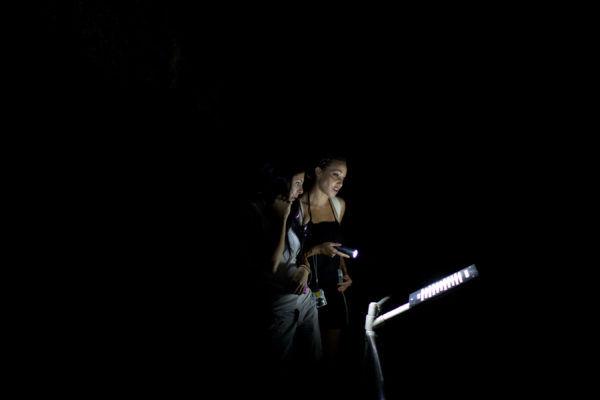 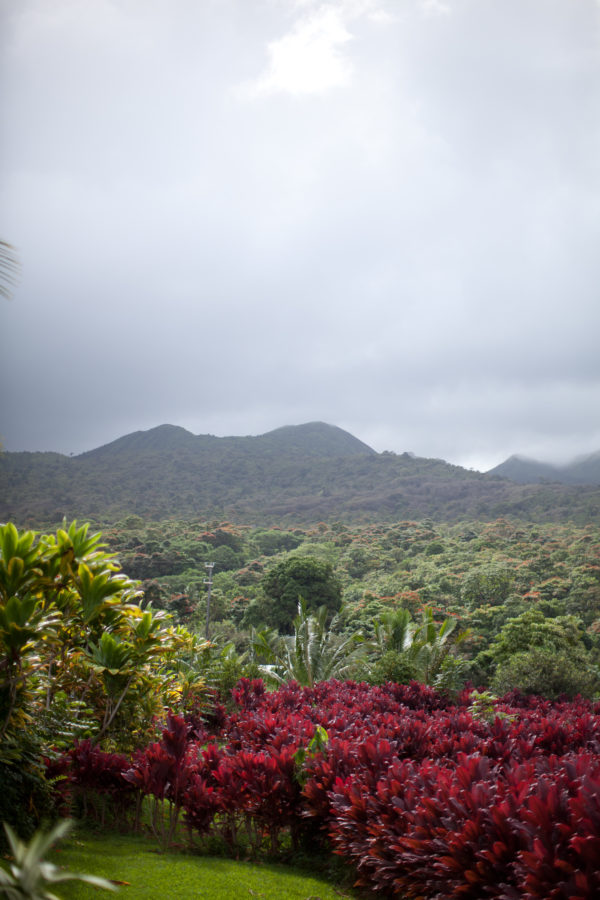 We also explored a botanical garden. 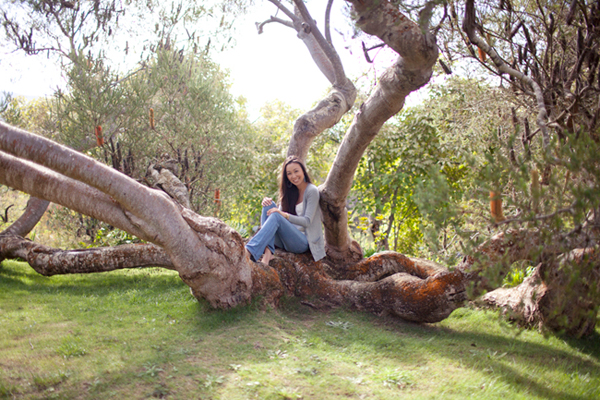 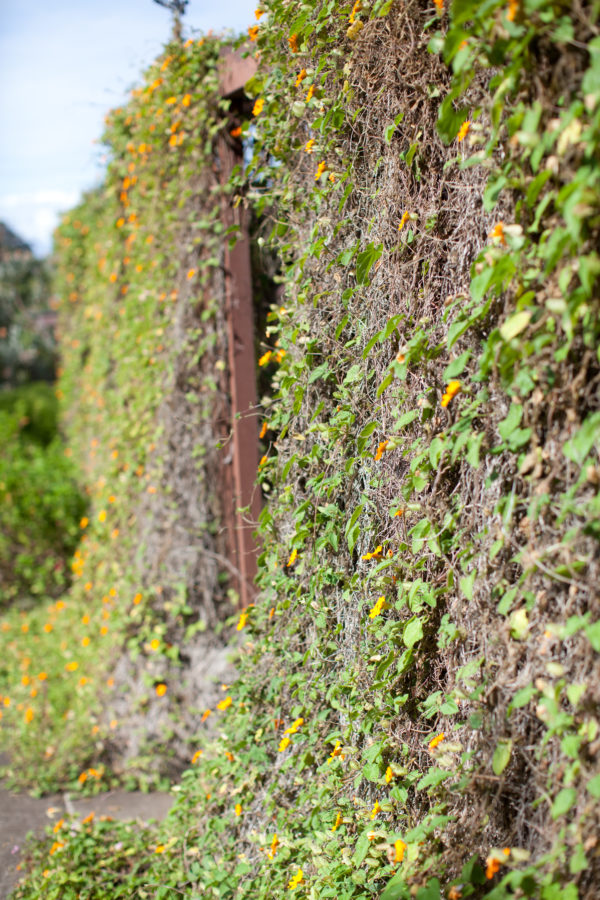 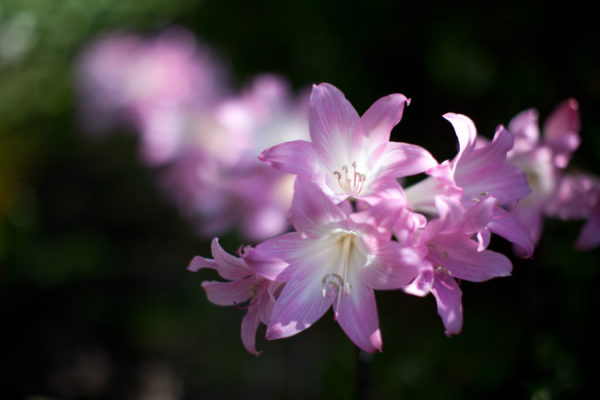 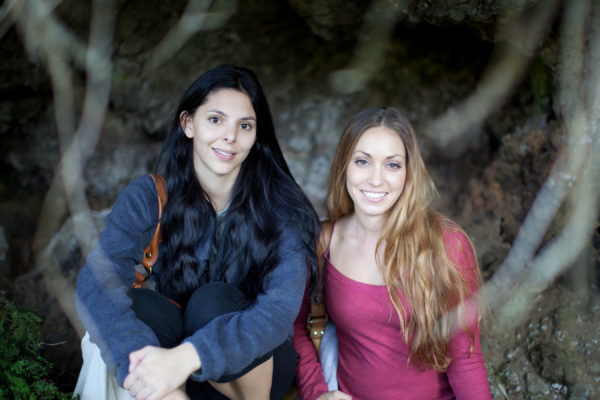 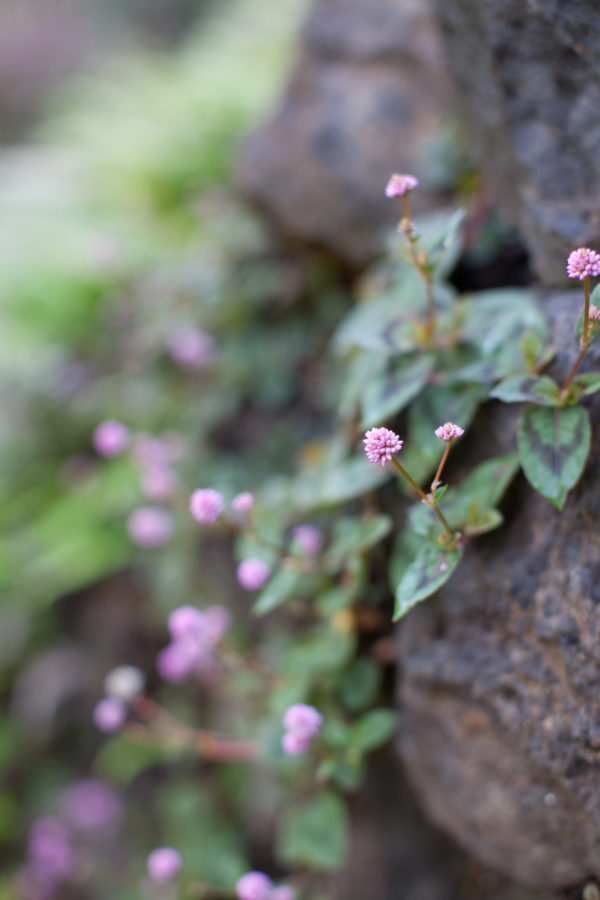 We met a local and asked some guys to take a picture of us with him.  The second frame was inappropriate, as the guy who took our pic decided to zoom in on the local man’s private area.  Seriously fellas?  Boys will be boys. 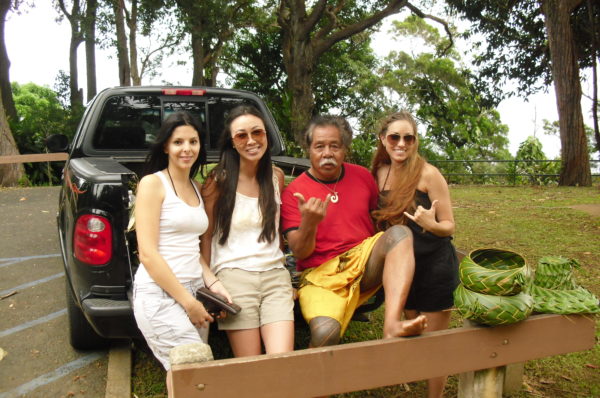 And messed around with the landscape. 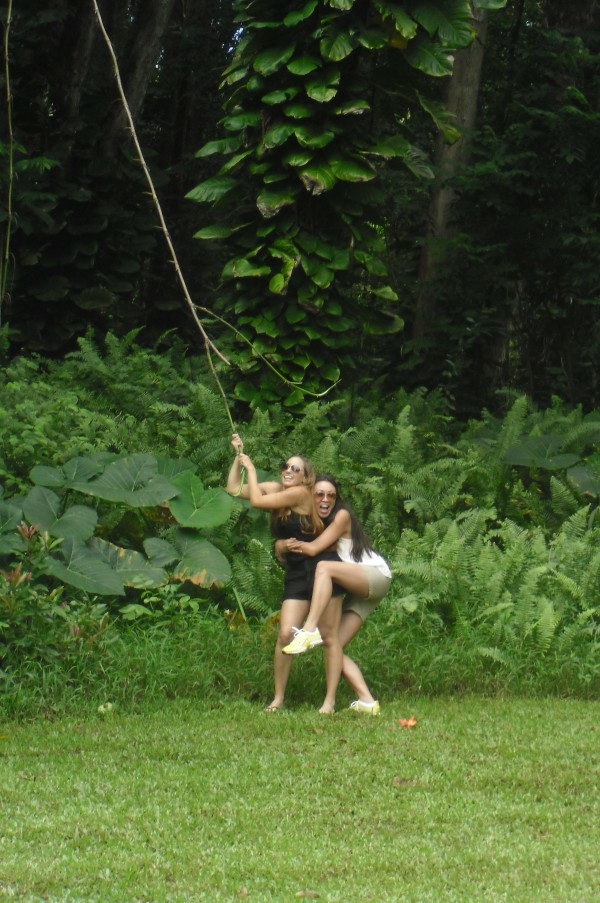 Had lunch and enjoyed the view. 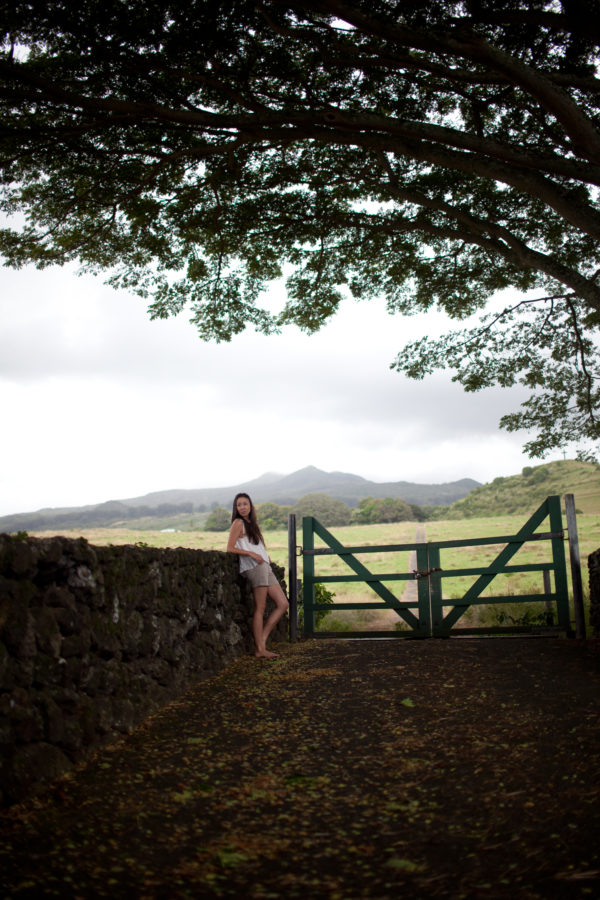 Eventually the end of the road gets kinda dry looking. 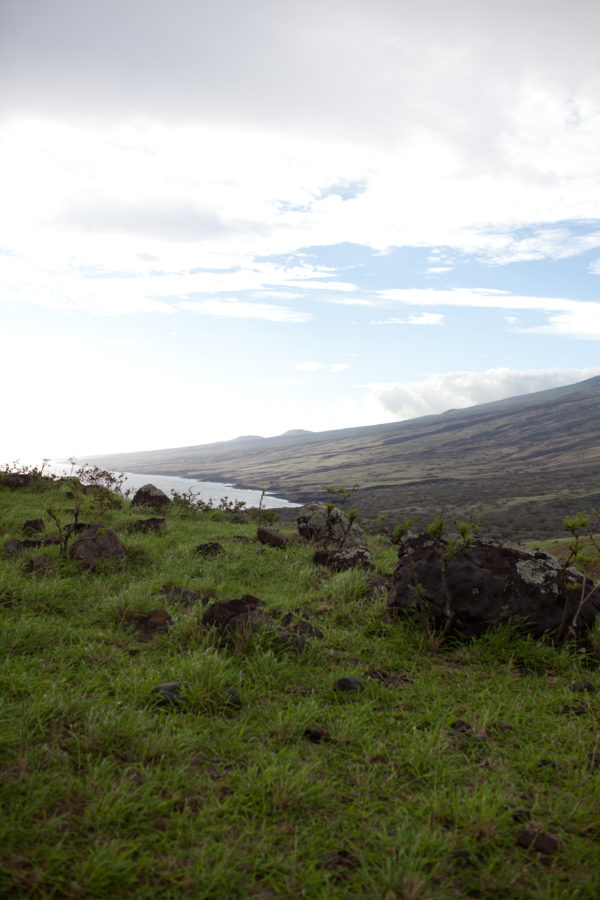 And one gal who didn’t know how to swim decided the Hawaii water was going to be her first time and chose to snorkel!  She survived!  I relaxed and drank my virgin Pina Colada and looked on. 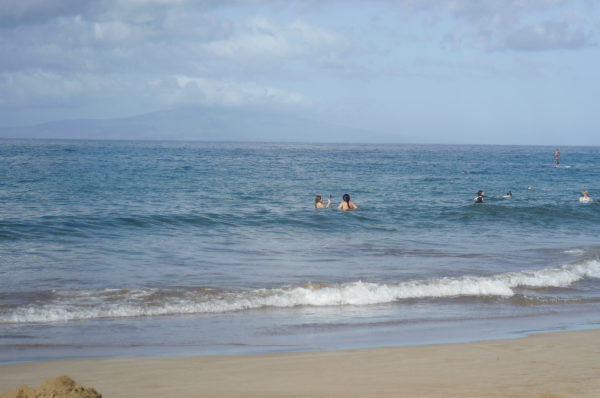 You can’t WHAT in the cave? Watch the video.  I think the most fun part of making trip videos is selecting the music.  Click here to view on mobile device.

Diana Elizabeth had a flip, the normal camera with a video feature, and her DSLR.  It’s always fun to have friends have extra videos to take on trips to document.